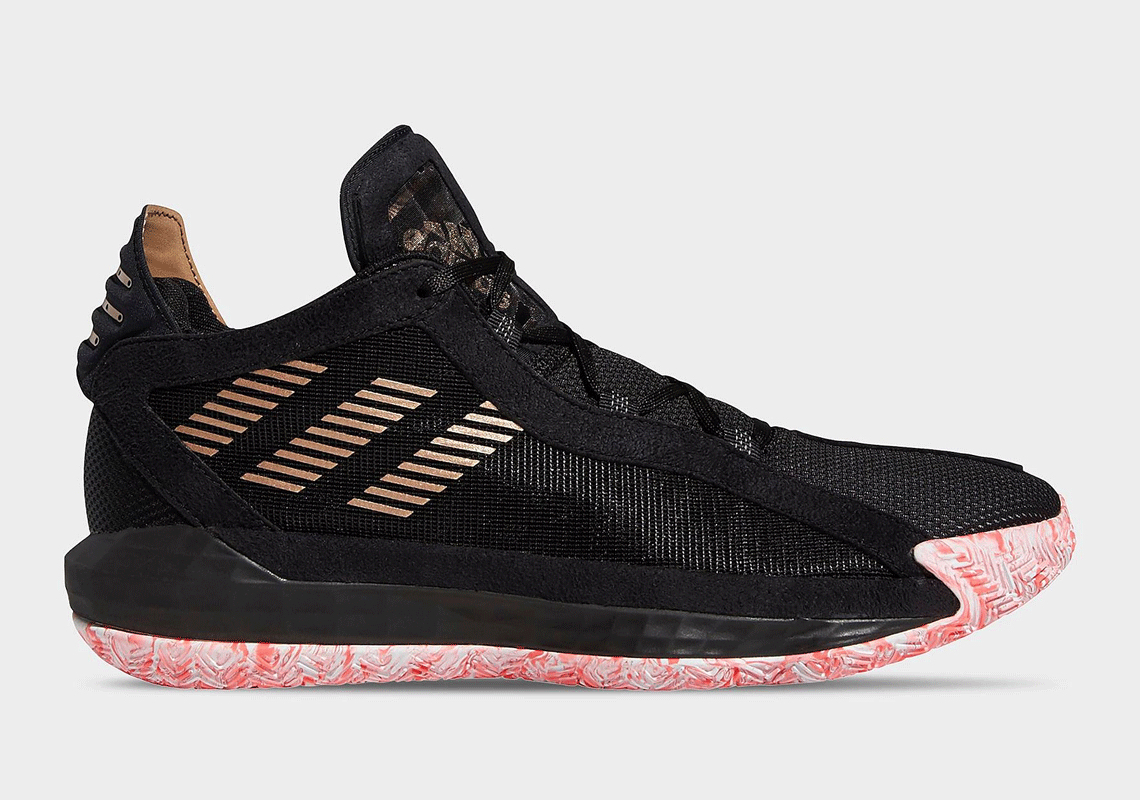 Damian Lillard and adidas have drawn inspiration from all over for the Portland Trail Blazer’s signature sneaker line. And while the latest Dame 6‘s muse isn’t as obvious as previous “Chasing Rings” and “Dame Sauce” pairs, it dips the silhouette in an impressive “Core Black/Signal Pink/Footwear White” palette.

Textile uppers are predominantly clad in “Core Black”, but slight golden accents across the tongue, midfoot, and heel interrupt the tonal scheme. Mesh on the medial side, which has served as the canvas on which to display Lillard’s split personality, boasts an almost-orange, shimmer-less hue. A lone embroidered eye-stay on the medial side introduces “Signal Pink” into the picture. Underfoot, the vibrant rose tone works in-tandem with “Footwear White” to not only animate the “Core Black” Lightstrike midsole, but also the pair as a whole.

Continue ahead for a detailed look at this Dame 6, and secure your pair at select retailers now.

For more from The Three Stripes, check out the latest from adidas Yeezy, which includes another Yeezy 350 V2 on July 18th. 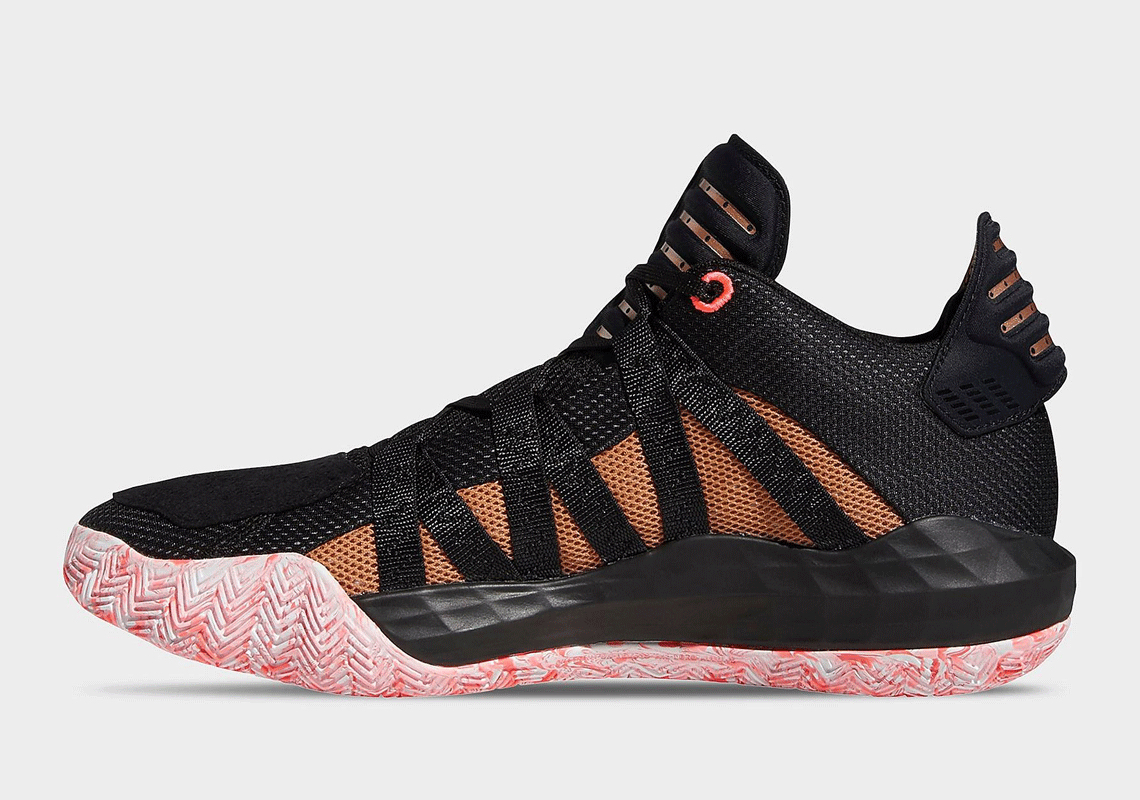 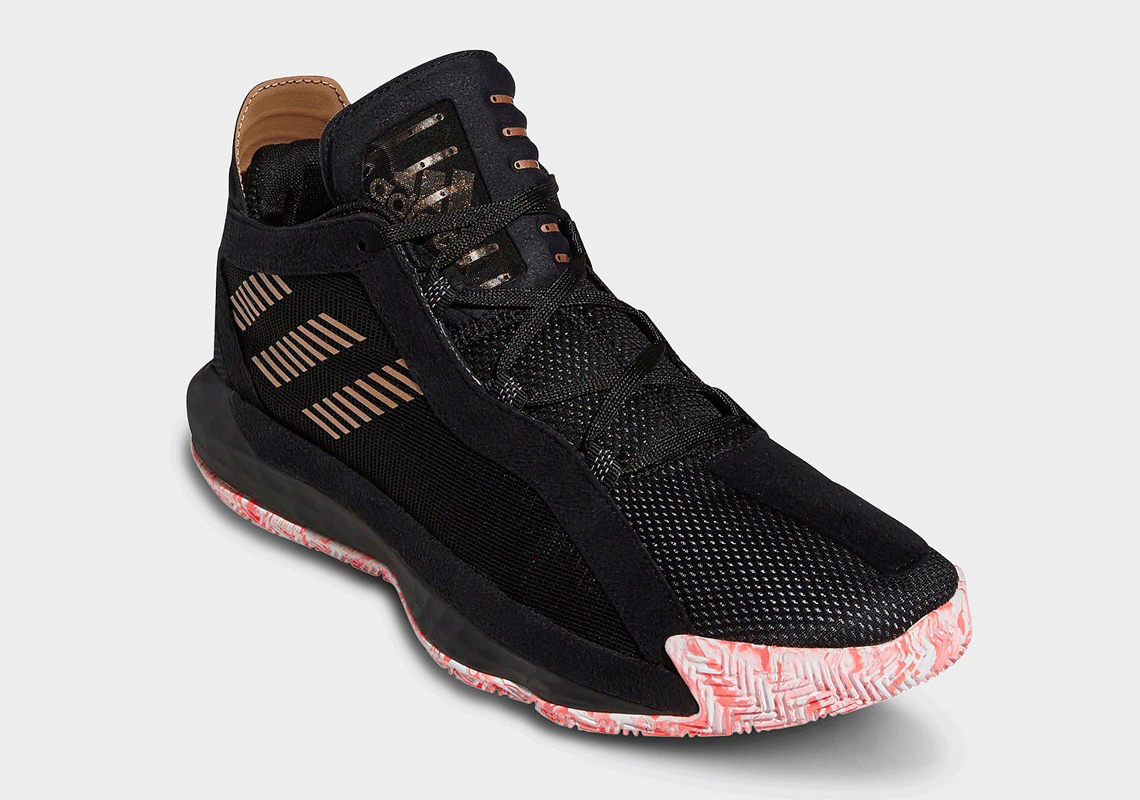 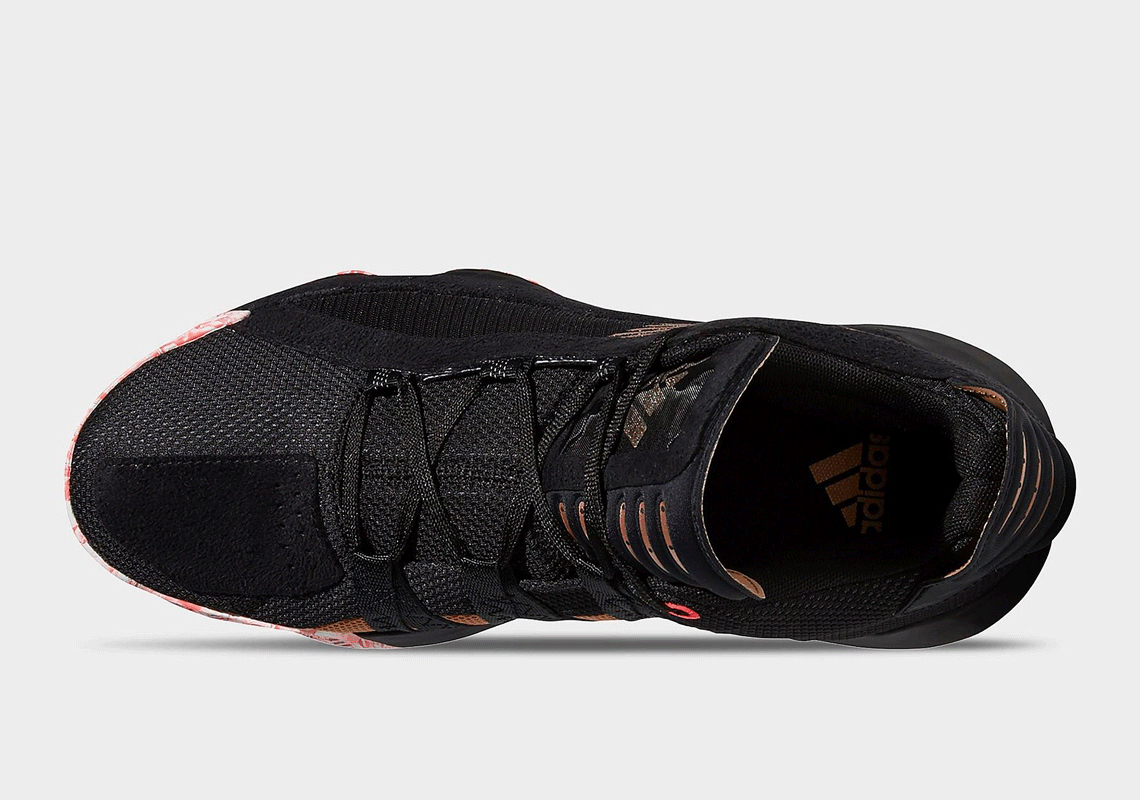 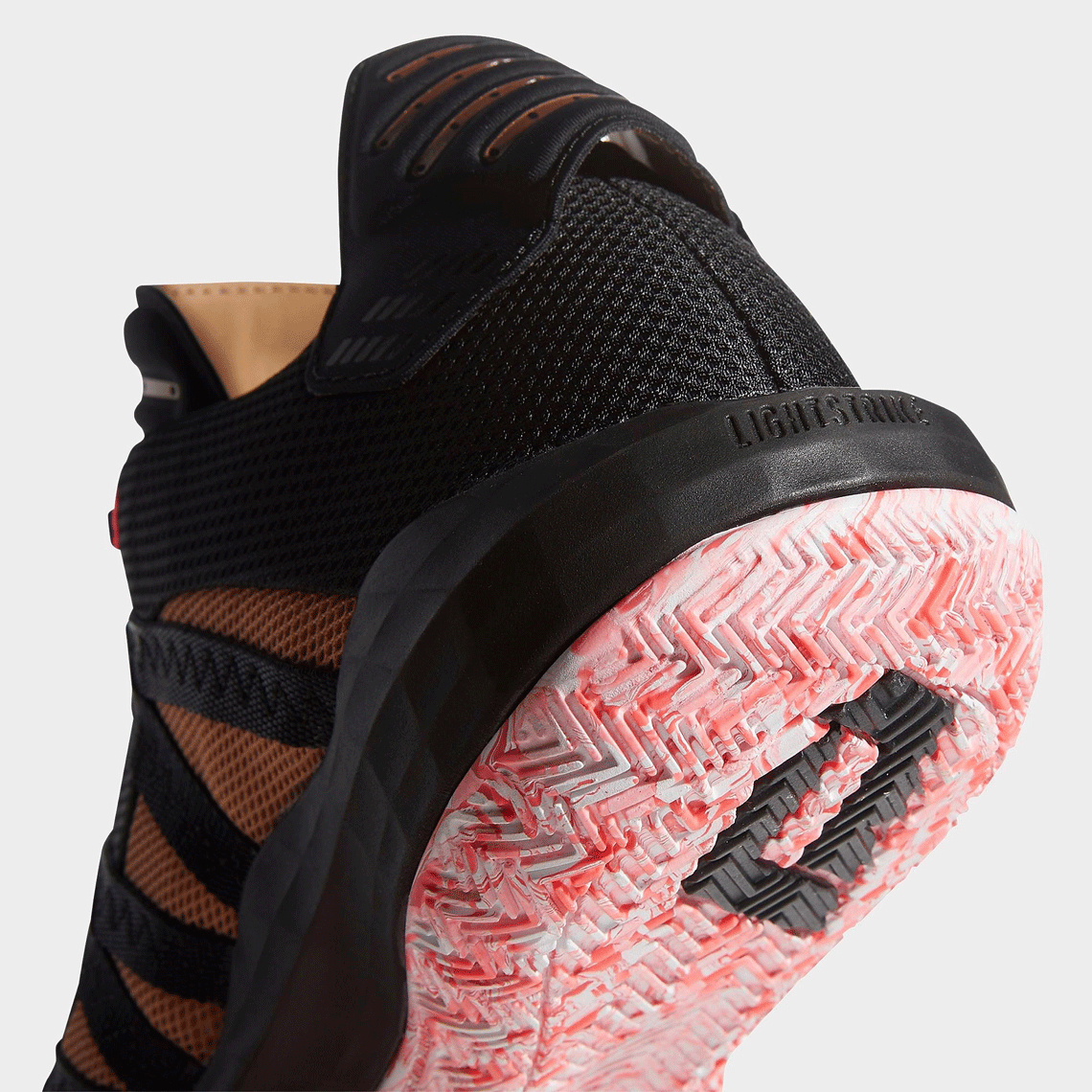 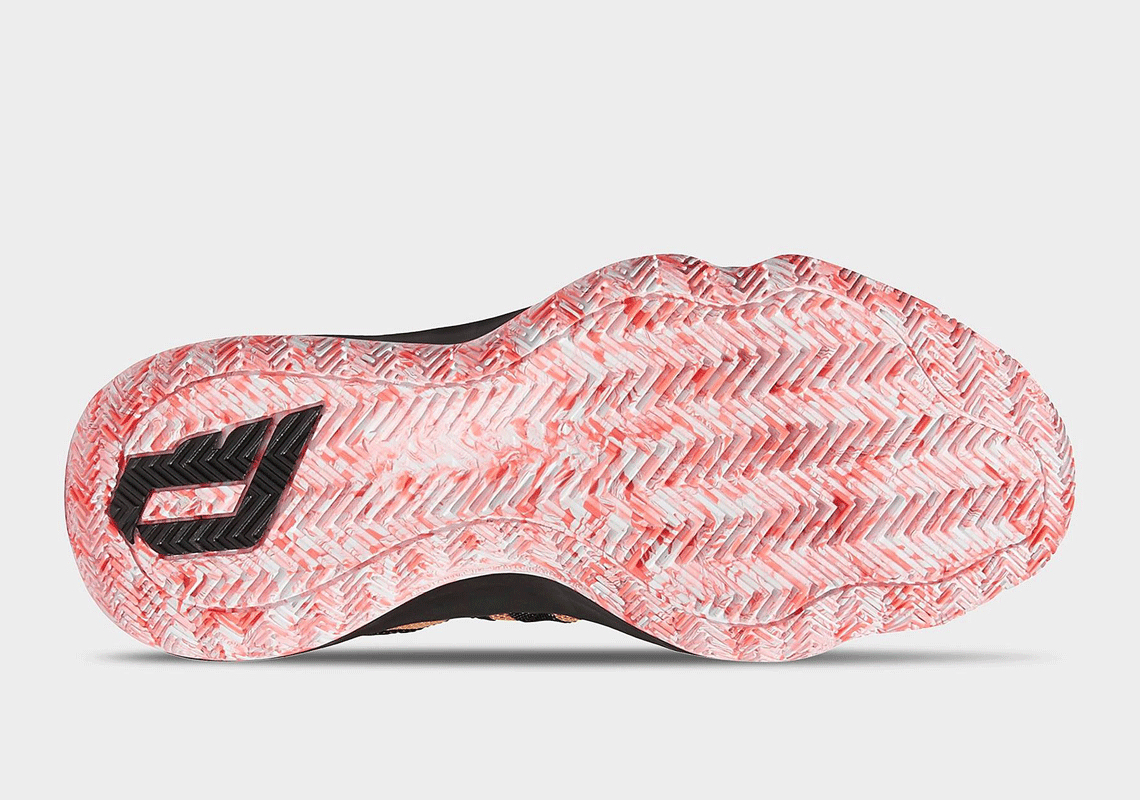