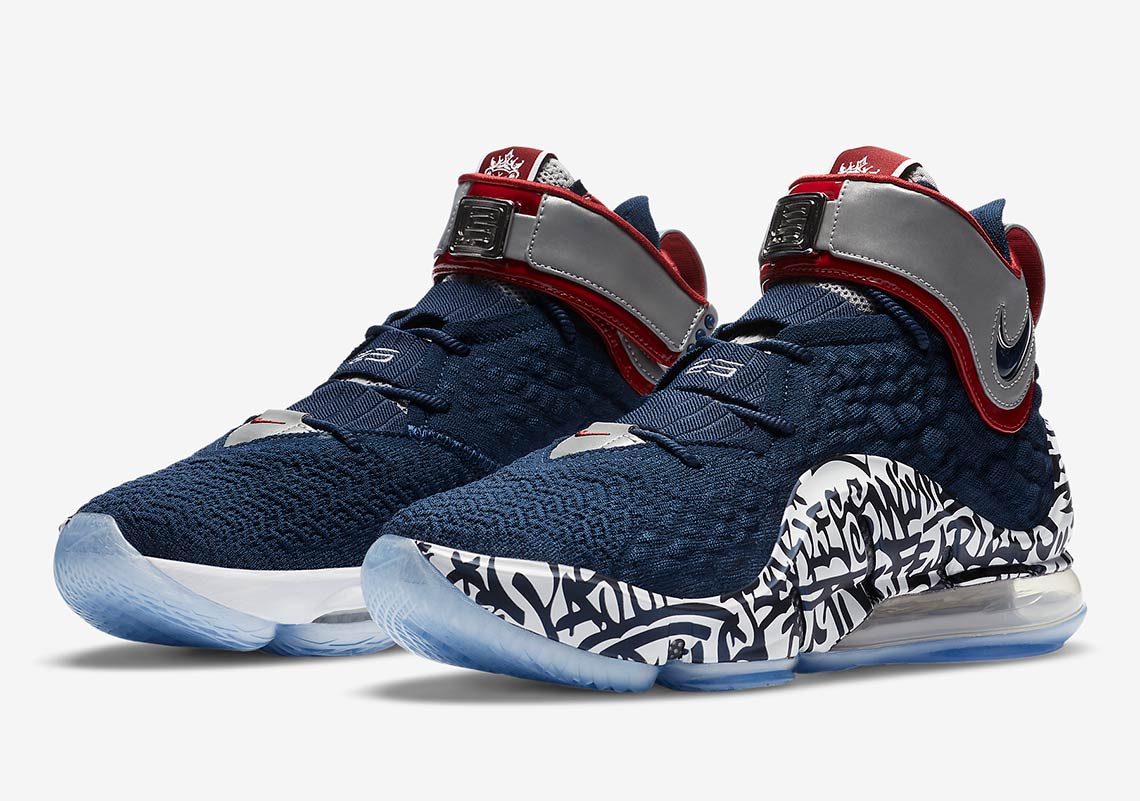 LeBron James, with his extensive backing of signatures, often draws on the past for current inspiration. His LeBron 17, whose look has changed dramatically ever since its debut, has offered not only distinct low-tops but the heavily considered “Graffiti Remix” variant. Released not too long ago in a simple white colorway, the model looks to be receiving a striking nod to 2007 as it dresses up in a fashion identical to the LeBron 4 PE worn by the athlete during the All-Star game in Las Vegas. Overt in its references, the pair makes use of the same black and white vandalism along its lower half, the black text sprawling against a backdrop of white. Treads below make use of the same light blue translucence while the upper draws from the somewhat USA palette. Navy seats the mesh upper in near entirety while accents atop layer grey leathers above hits of bold red accents. Logo hits are then marked with white threading, standing apart though not in the same way as the metallic silver emblem at the front. Grab an official look at these here and expect a release to arrive at Nike.com hopefully within the coming months.

In other news, the Alternate Grape Air Jordan 5 was postponed in the US. 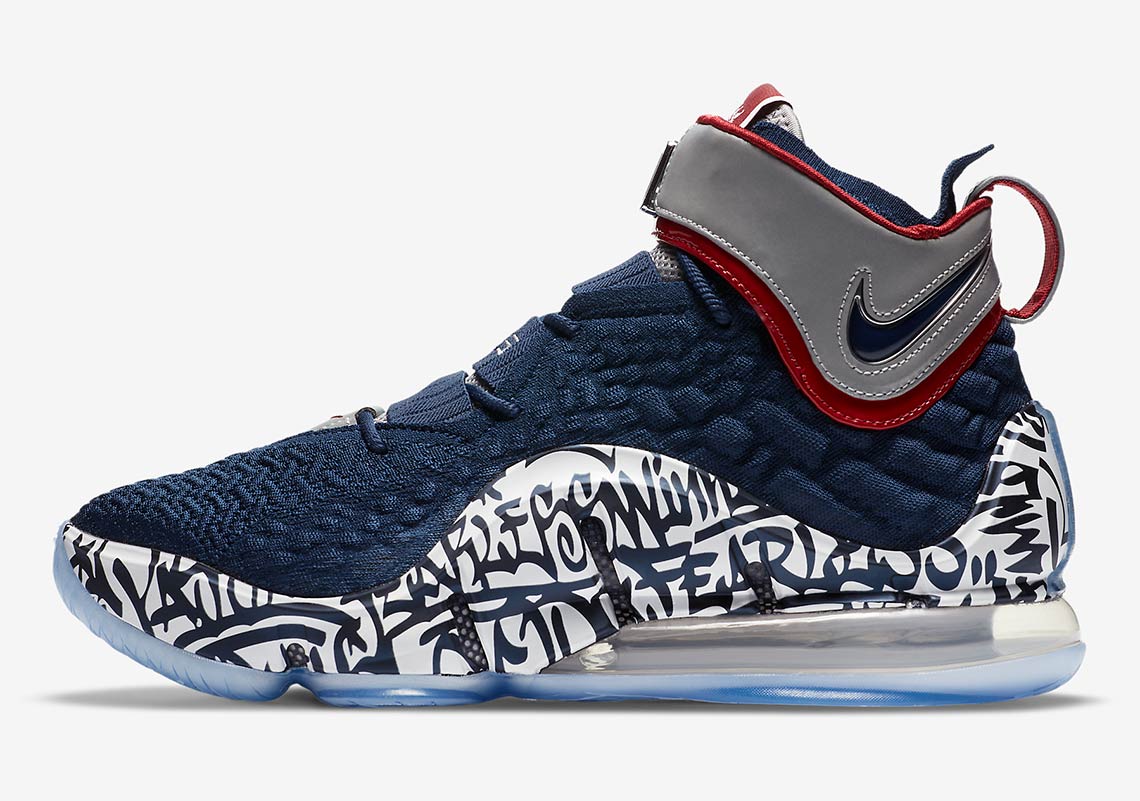 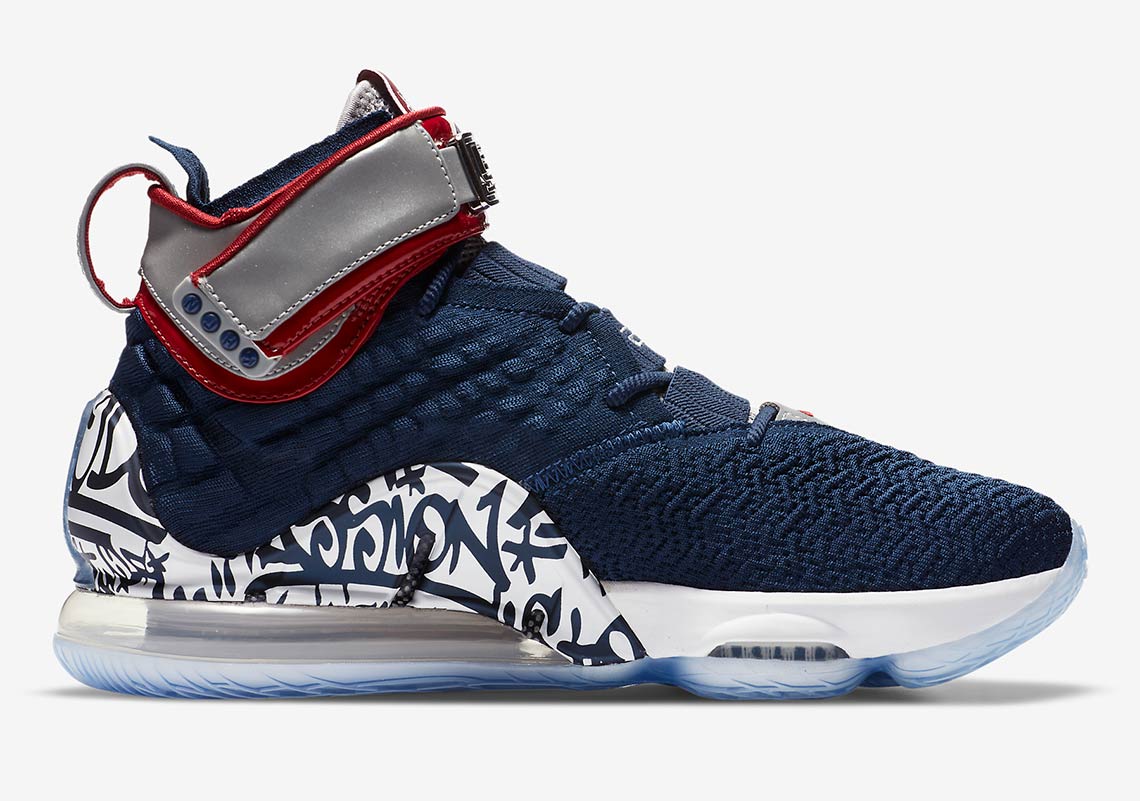 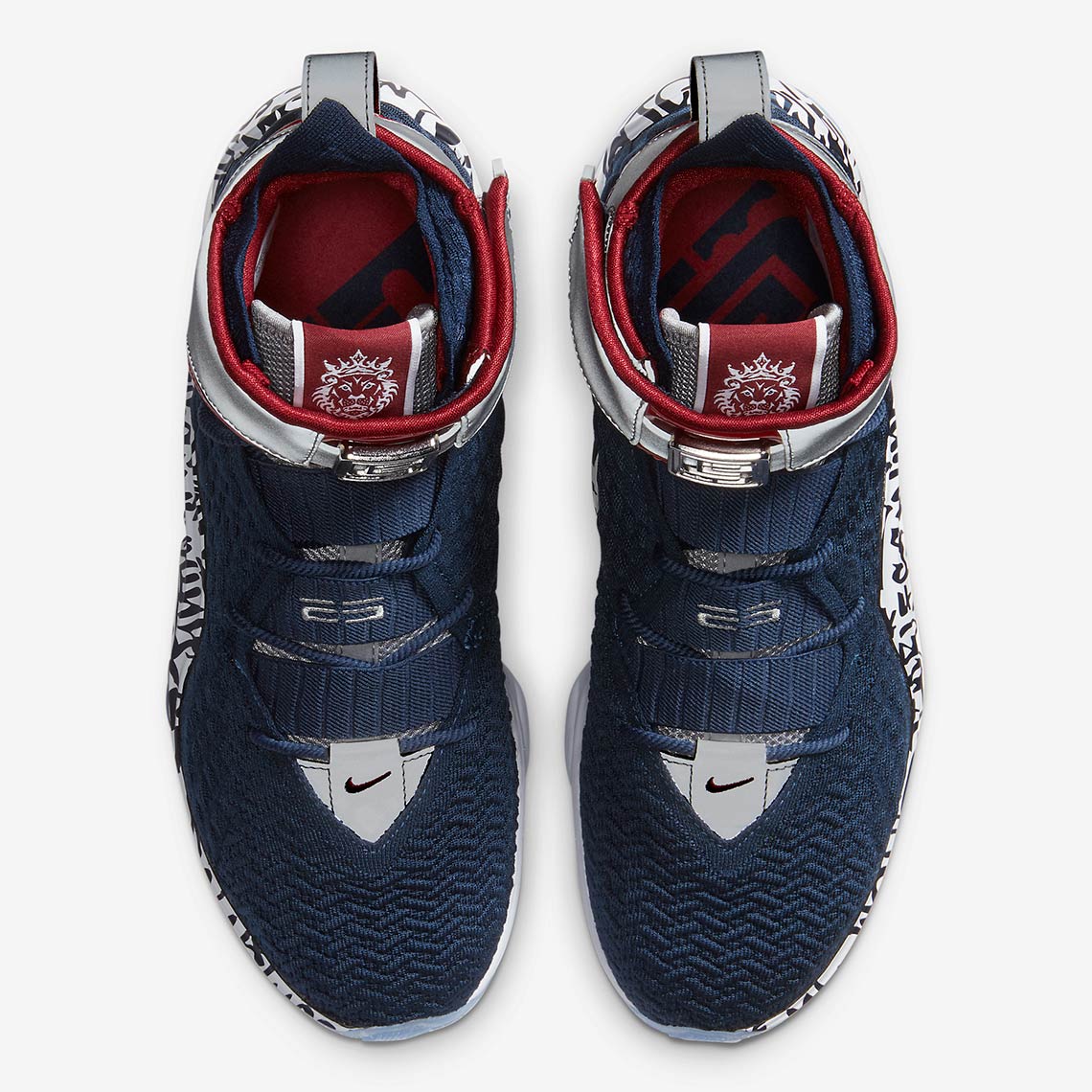 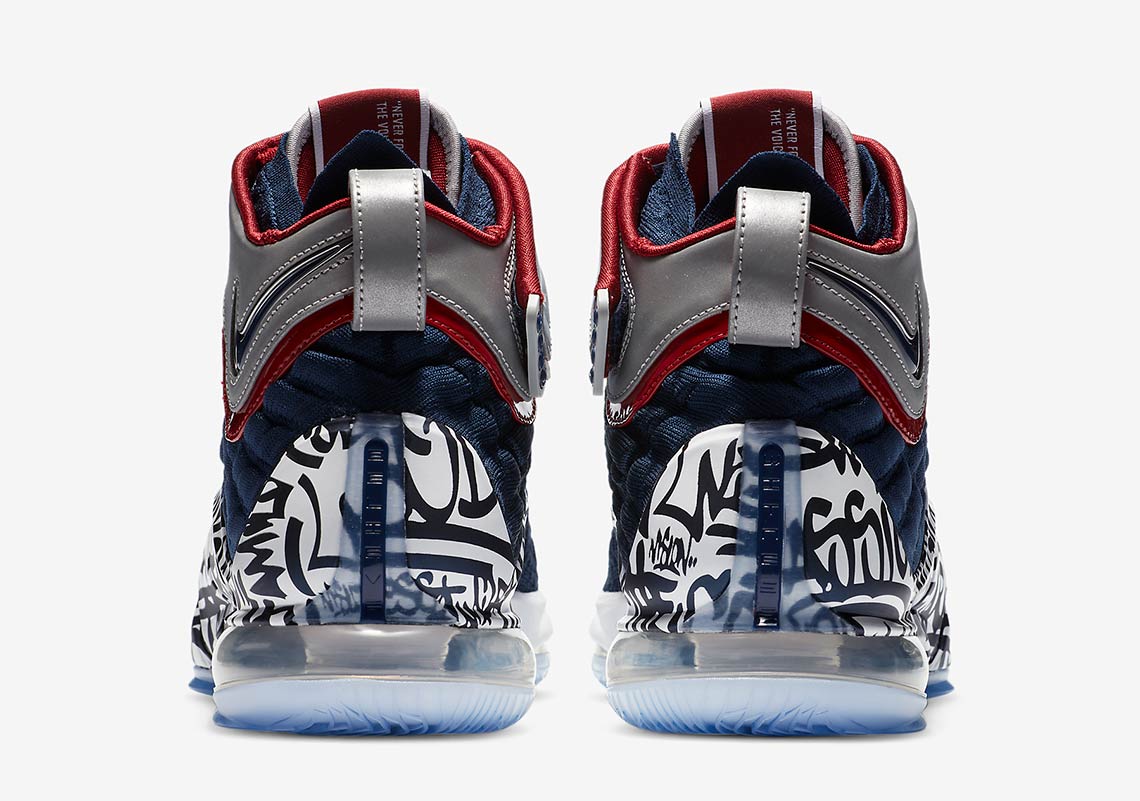 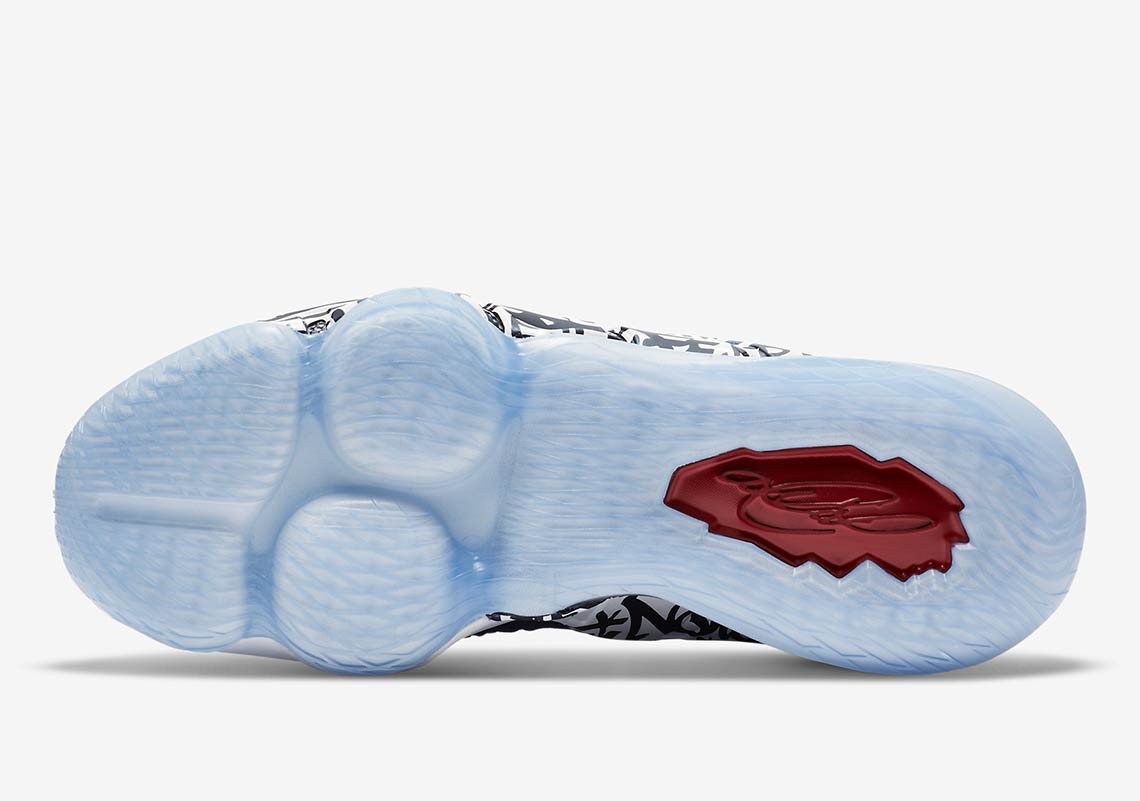