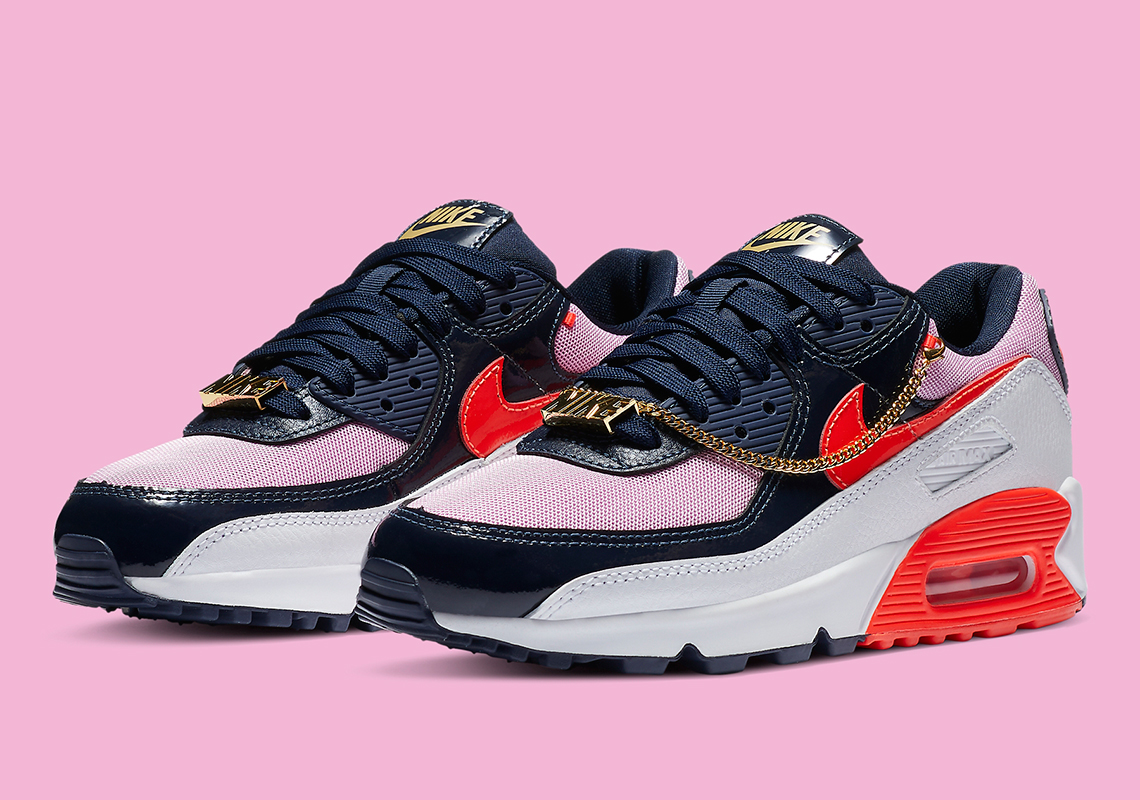 Jewelry decorations appear to be of great interest on Nike Sportswear’s behalf as they’ve recently gem’d out their Air Force 1 Low ’07 LX, as well as enhanced two of their anniversary Air Max models with cuban links. Relative to the latter, the Swoosh team is extending this collection with yet another Air Max 90 entry, this time making alterations to that of its upper constructions.

Immediately standing are the areas of shiny allure including that of its patent leathers that form the Swooshes and toe tip overlays, followed by the golden cuban link chain that dangles from the midfoot to its “Nike” dubrae. The former mixes between a bright orange-red hue that match its midsole block, and dark navy which also sees through to the throat molds and heel panel. Breaking these up arrive mesh underlays seated at the toe box and near the ankle that involve splashes of pastel pinks, followed by mudguards/midsoles swathed with angelic finishes. Grab a closer look here, and find these hitting Nike.com and select retailers in the coming weeks.

For other news, here’s a first look at the Jordan 13 Hyper Royal. 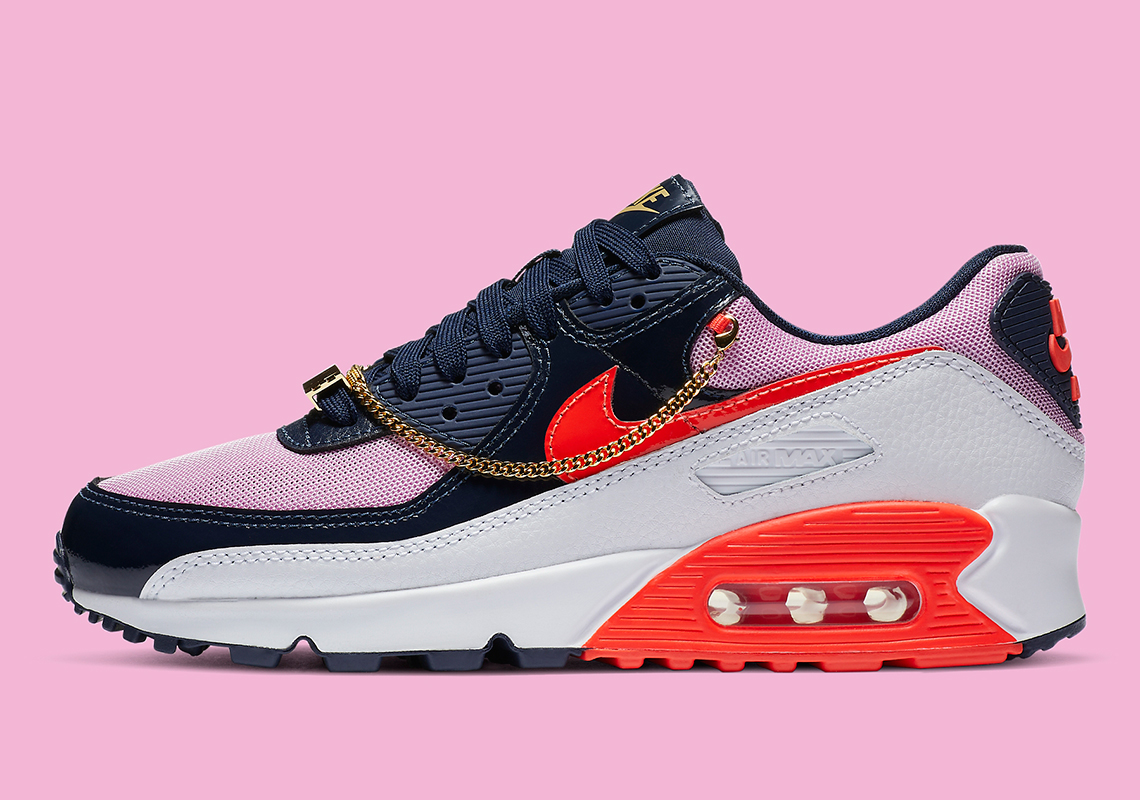 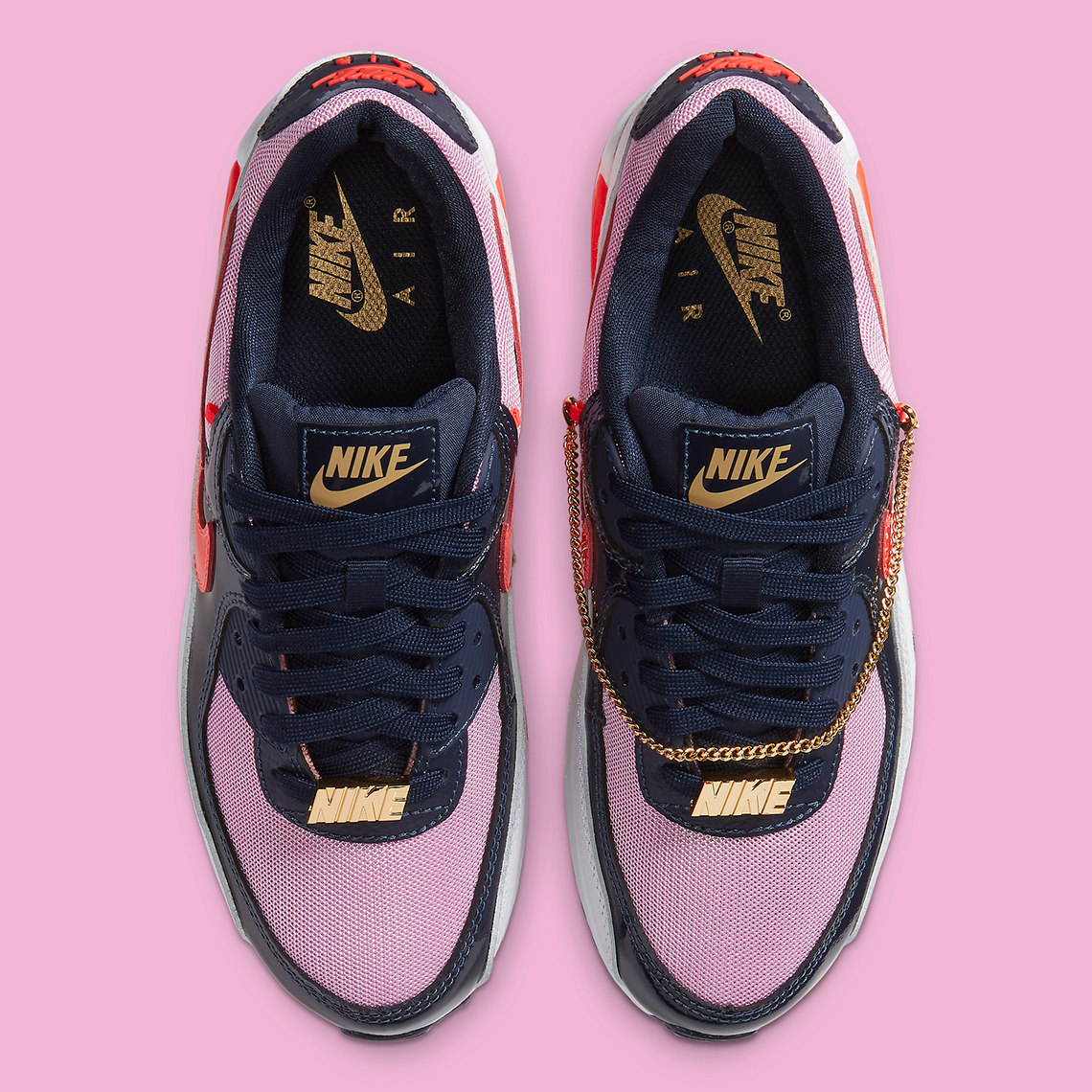 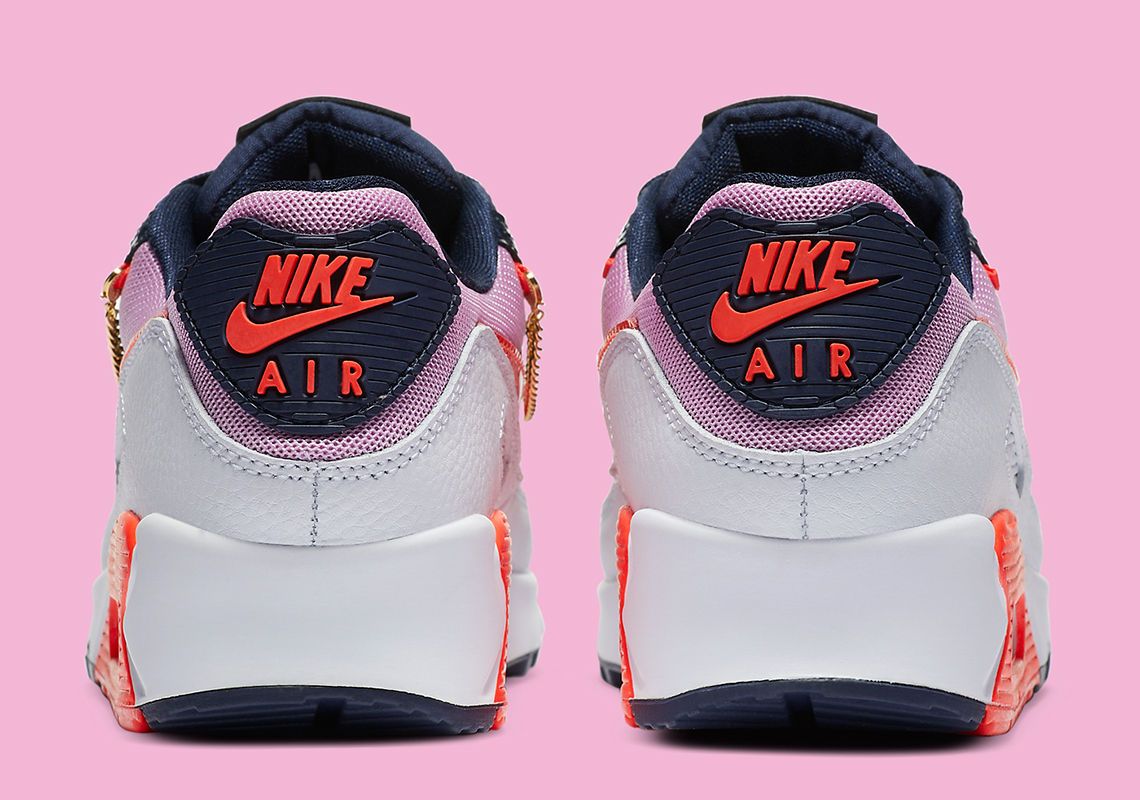 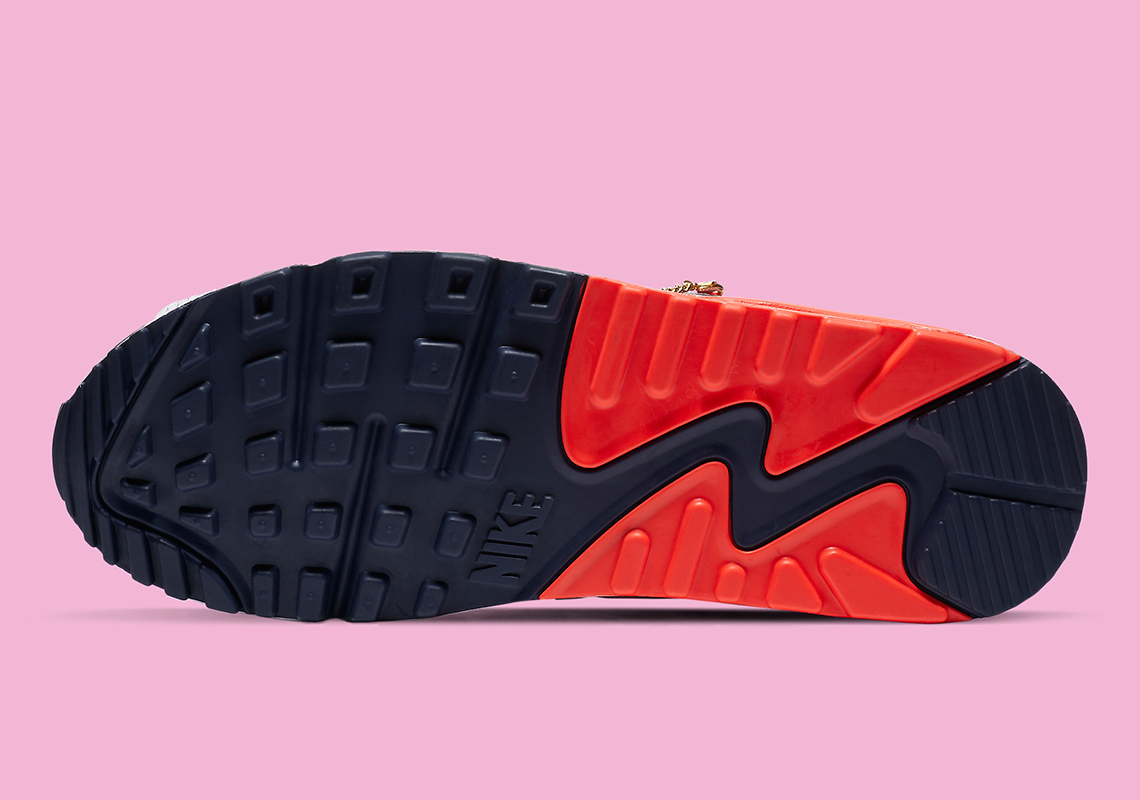 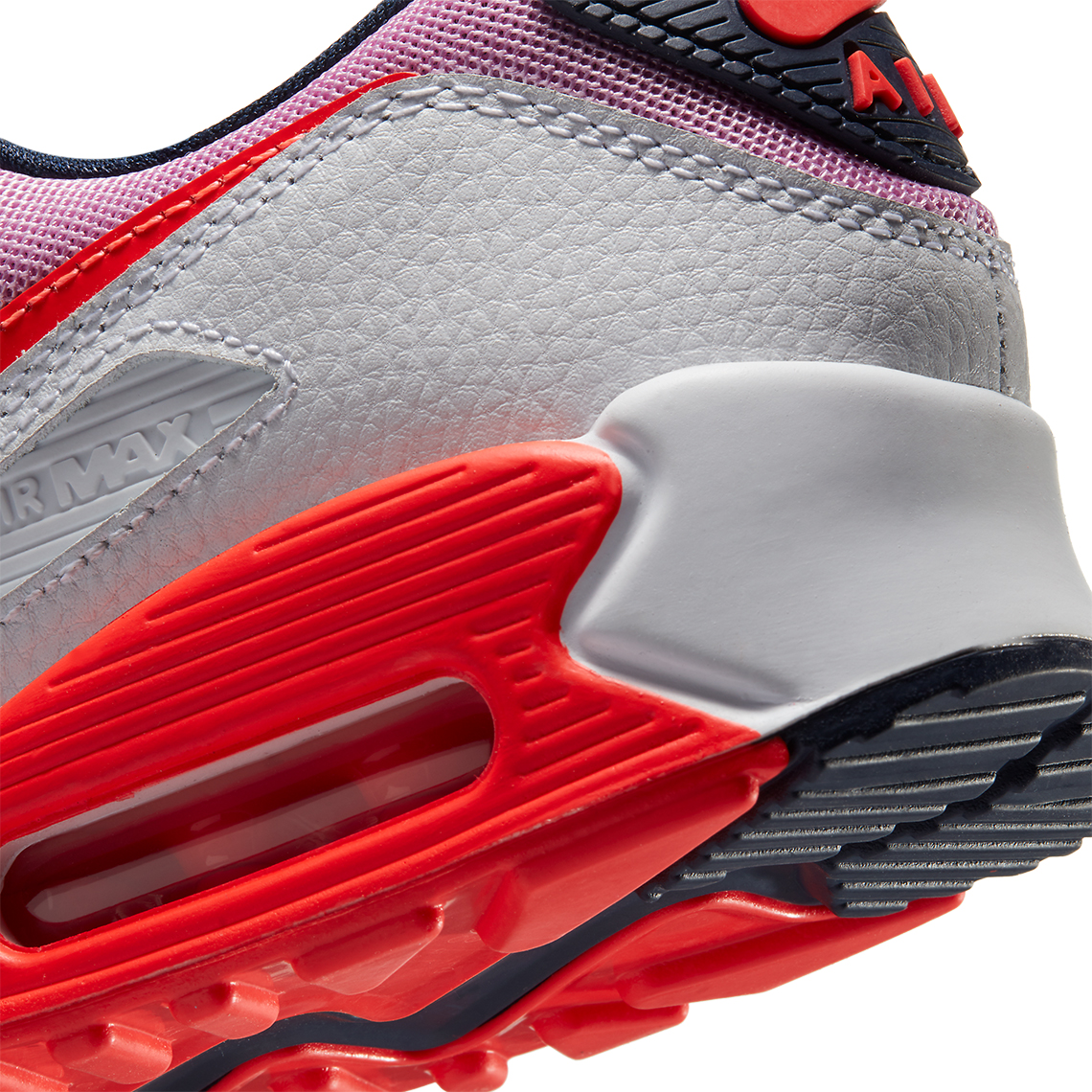 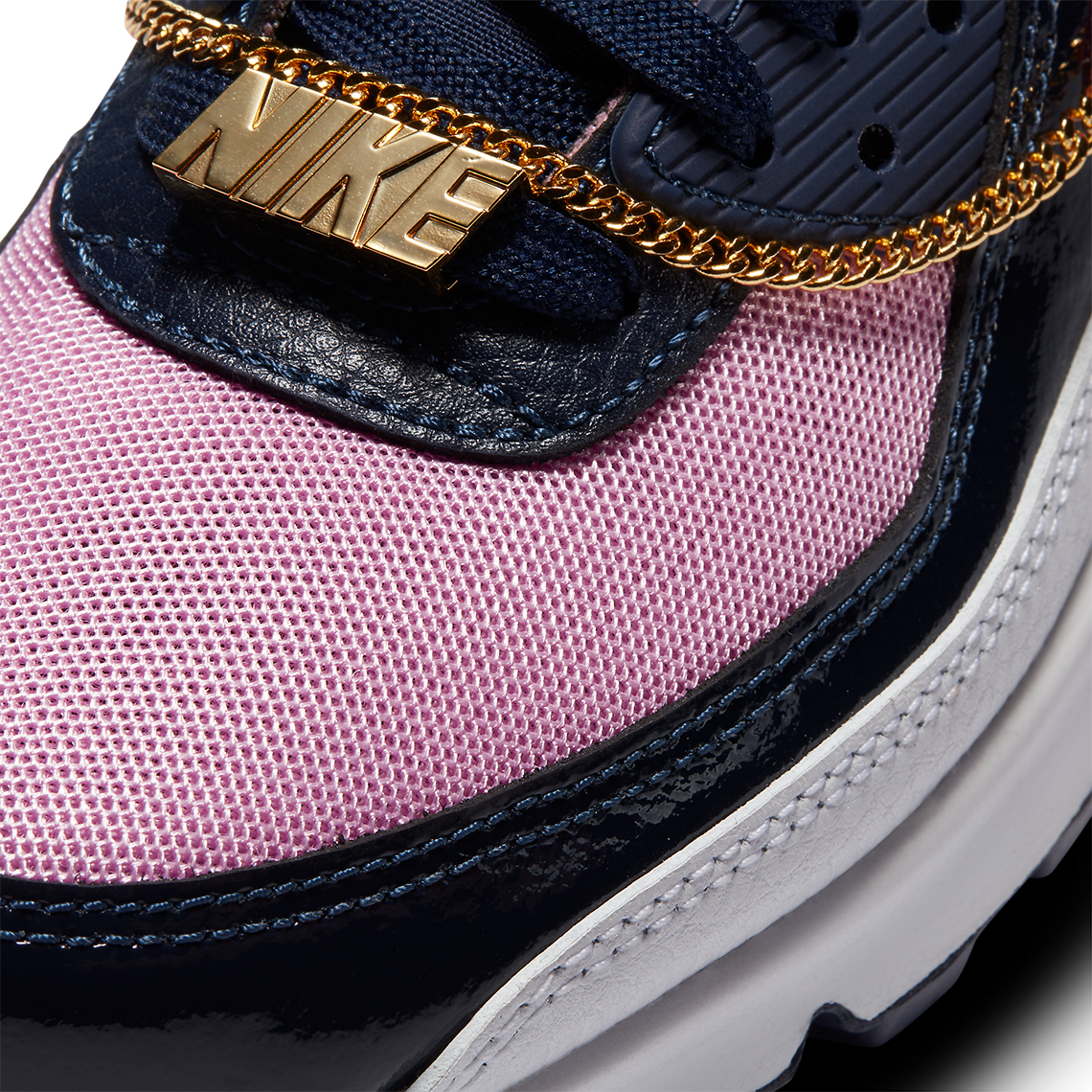