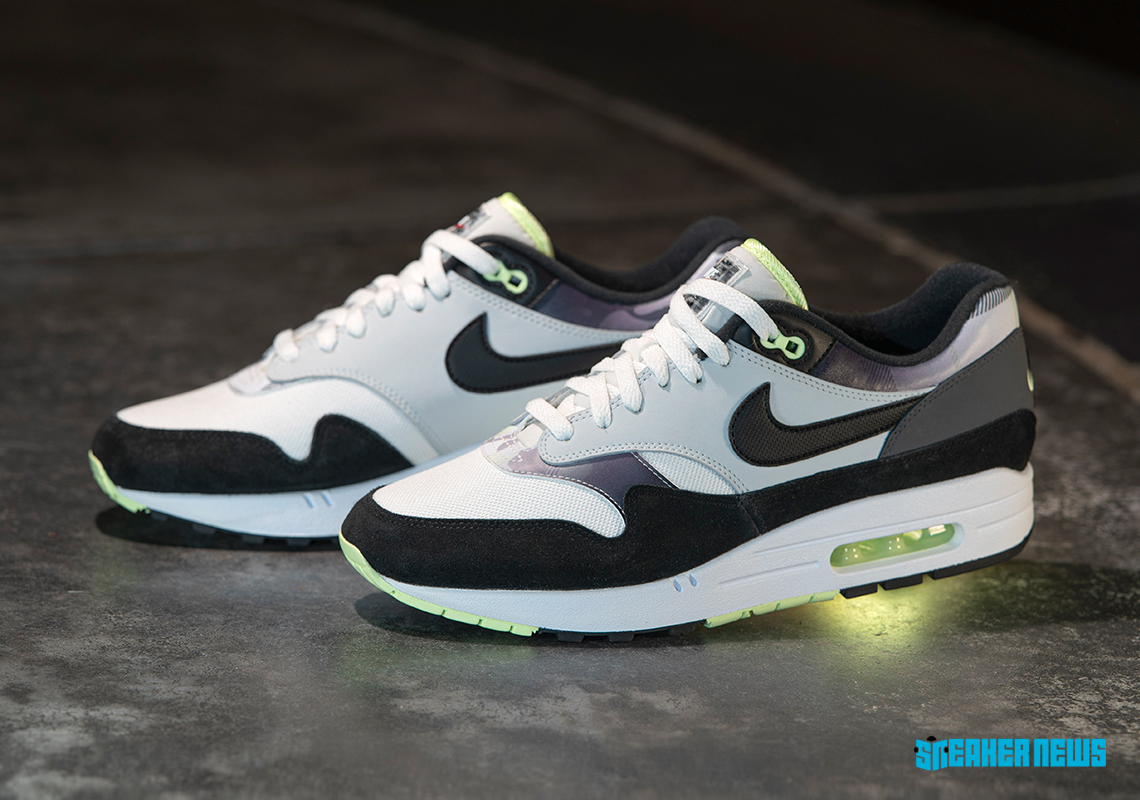 The last time that Nike and Foot Locker teamed up on a footwear collection, the response was nothing short of well-received. And to ride the wave of their P(HER)SPECTIVE pairs and galaxy themed “Supernova” colorways selling out within minutes, the two parties have made the decision to join forces again for a new range of collaborative sneakers collectively named the “Remix” Pack.

Integrated in the assortment are two early Nike classics in the Air Max 1 and Air Max 90, both of which have been revealed by way of an exclusive first look here. Both pairs, while each influenced by 90’s street style, make use of patterned accents in different ways and quantity. The Air Max 1 is certainly the more subtle of the bunch as its uppers are reliant on neutral tones of grey/white overlays and black mudguard, followed by hints of snow camouflage patterns dabbled onto the ankle collars and lower throat. Moreover, neon green elements see their way to areas such as the Air units, treading, and sock liners for retro flair.

Moving over to its release counterpart, the Air Max 90 deviates with a much more aggressive decor as its midfoot-to-toe-tip overlays stack camo patterns over bright red/red blue tartan plaids, while the mudguards are crafted with washed black denim fabrics. Neighboring these comes smooth white leathers that form its toe box ankle collars, while the molds split between swampy olive and cherry red hues; the former applying to the midsoles while the latter splashes the heel. Both are set to release in men’s sizes only on August 22nd under Foot Locker brands exclusively, so take a closer look here ahead while you wait on their arrival.

For other news, here’s an official look at the sail Off-White Jordan 4s. 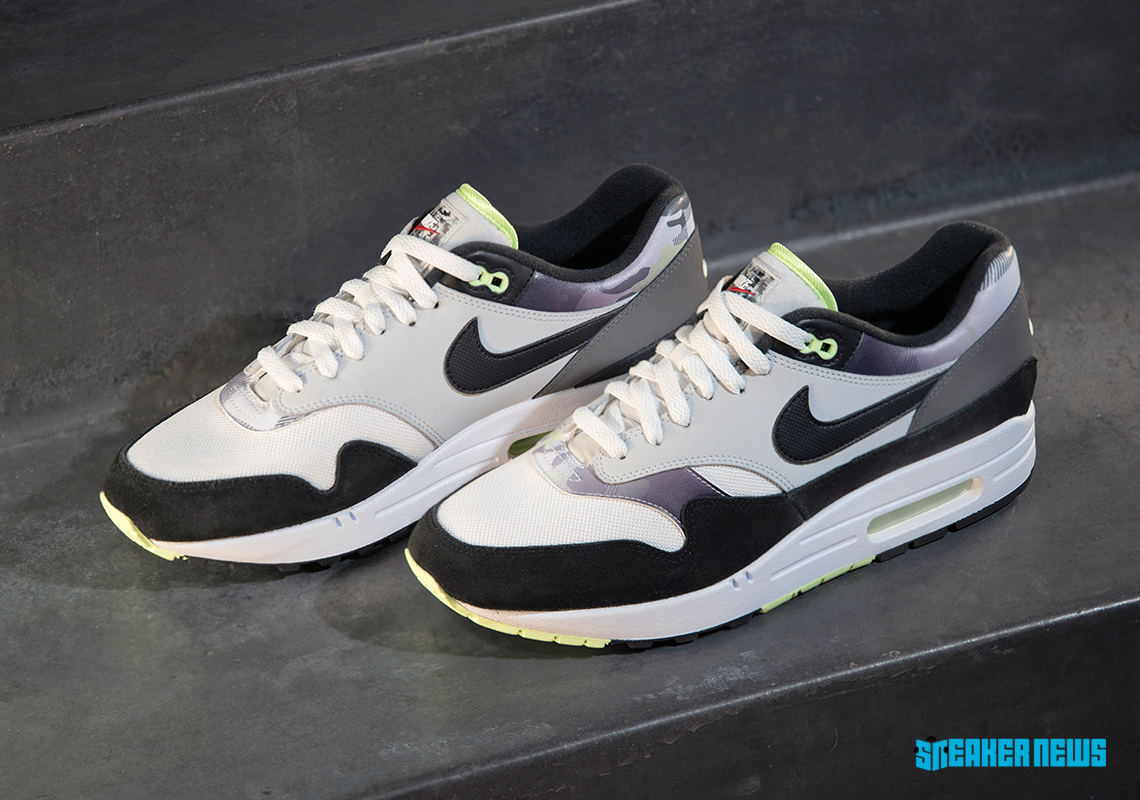 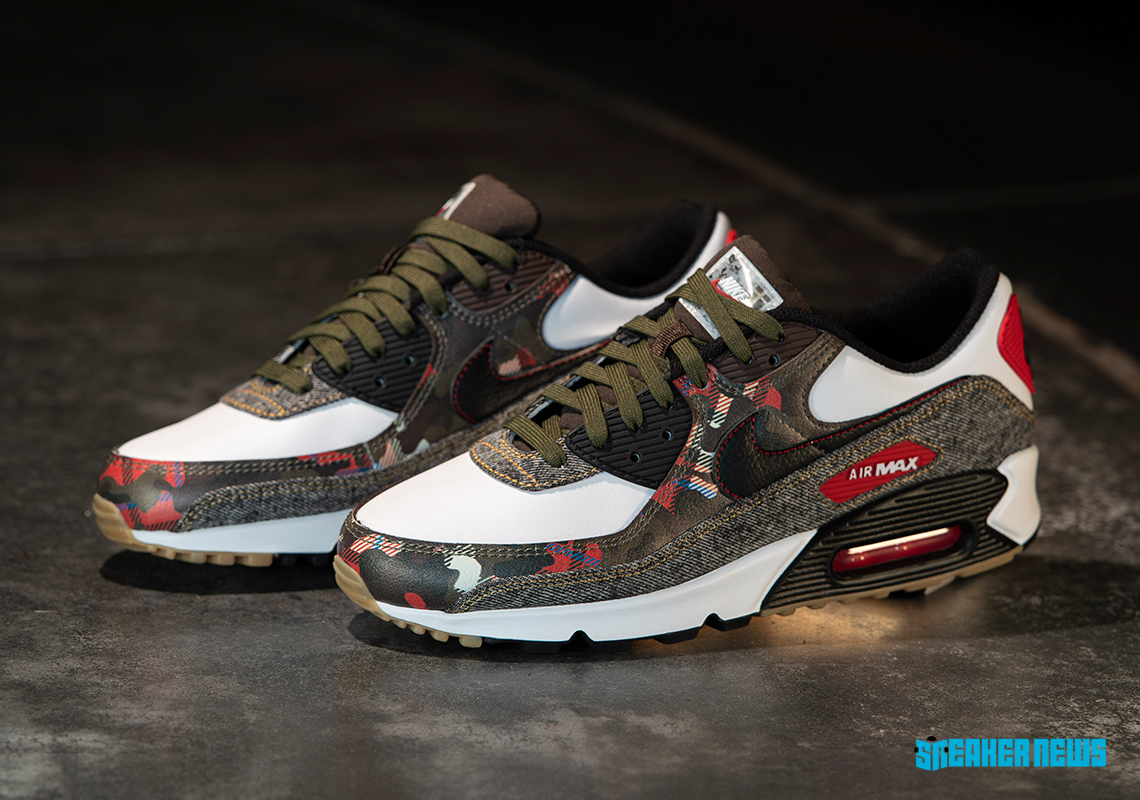 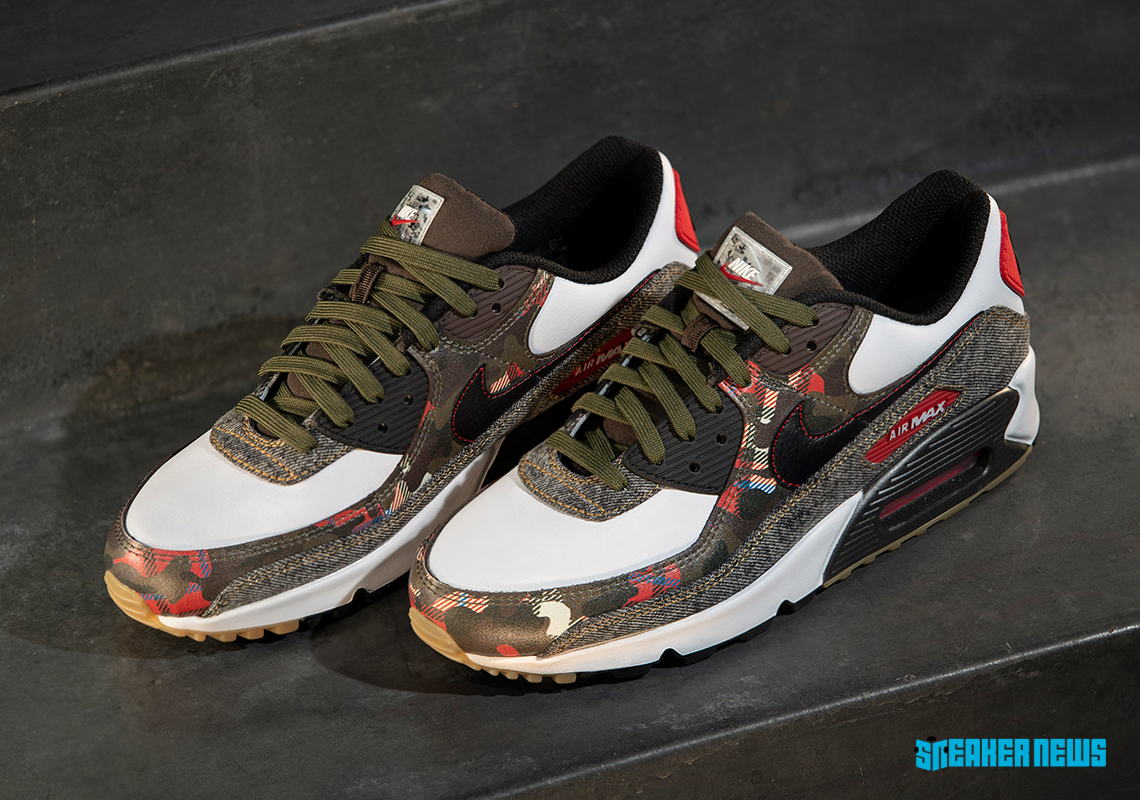