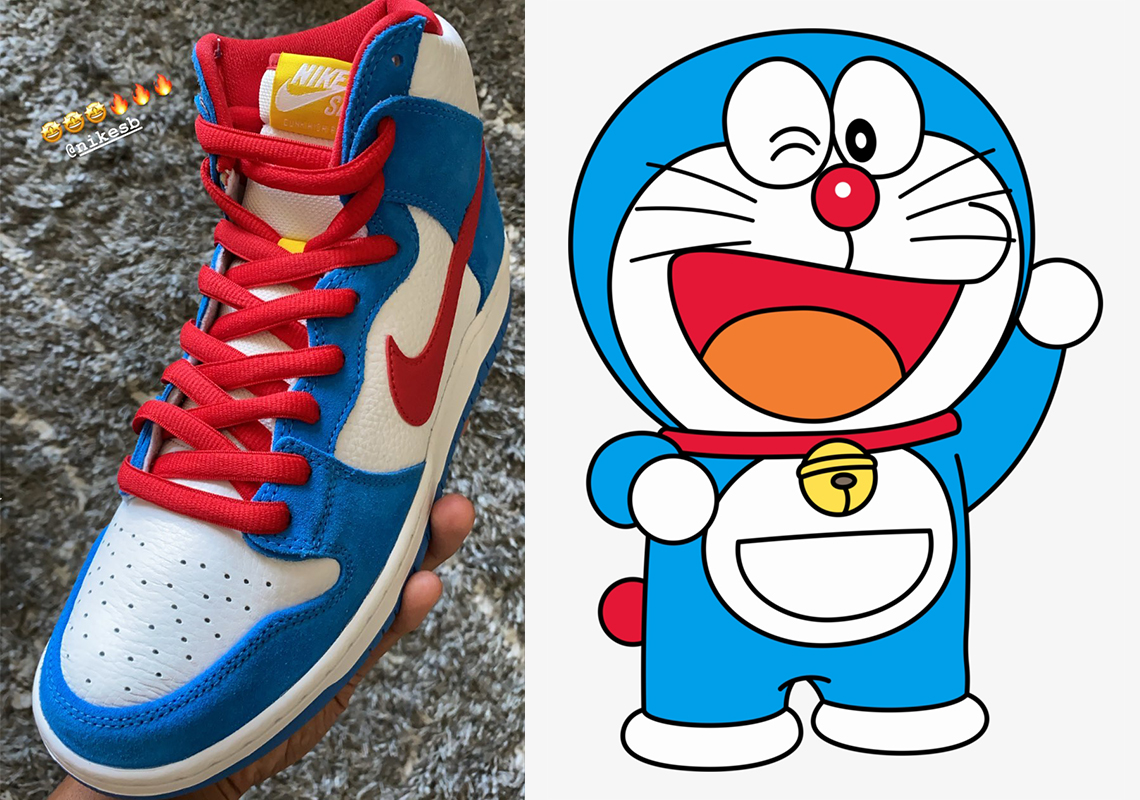 Doraemon, a character veritably cemented into the history of Japanese animation, has remained relevant for the better part of the past five decades. Immortalized by way of modern adaptations, video game spin-offs, and quite a few product deals, the cultural icon has seen a vast array of different mediums, though none quite like this Nike SB Dunk High‘s color-centered homage.

Teased in advance thanks to Kevin Perez, the pair effectively interprets the series helm quite loosely, portraits left out as far as the available image can indicate. Palette, though, is as overt a nod as can be as the pigment matches near perfectly relative to Doraemon’s nose or his signature bell-adorned collar. Even the paneling both over and underneath resemble his own color blocking — textured blues dressed atop a base of white neutrals. Elsewhere, tongues, swooshes, and inner lines are given a spray of bright red, complementing that of the yellow-accented tongue tab and lace lock.

Grab a quick look at these right here, and as they’ve been sent alongside upcoming general releases, it’s likely these will be making their way to skate shops very soon.

For more Japanese-influenced offerings, take a closer look at the Air Jordan 1 Tokyo. 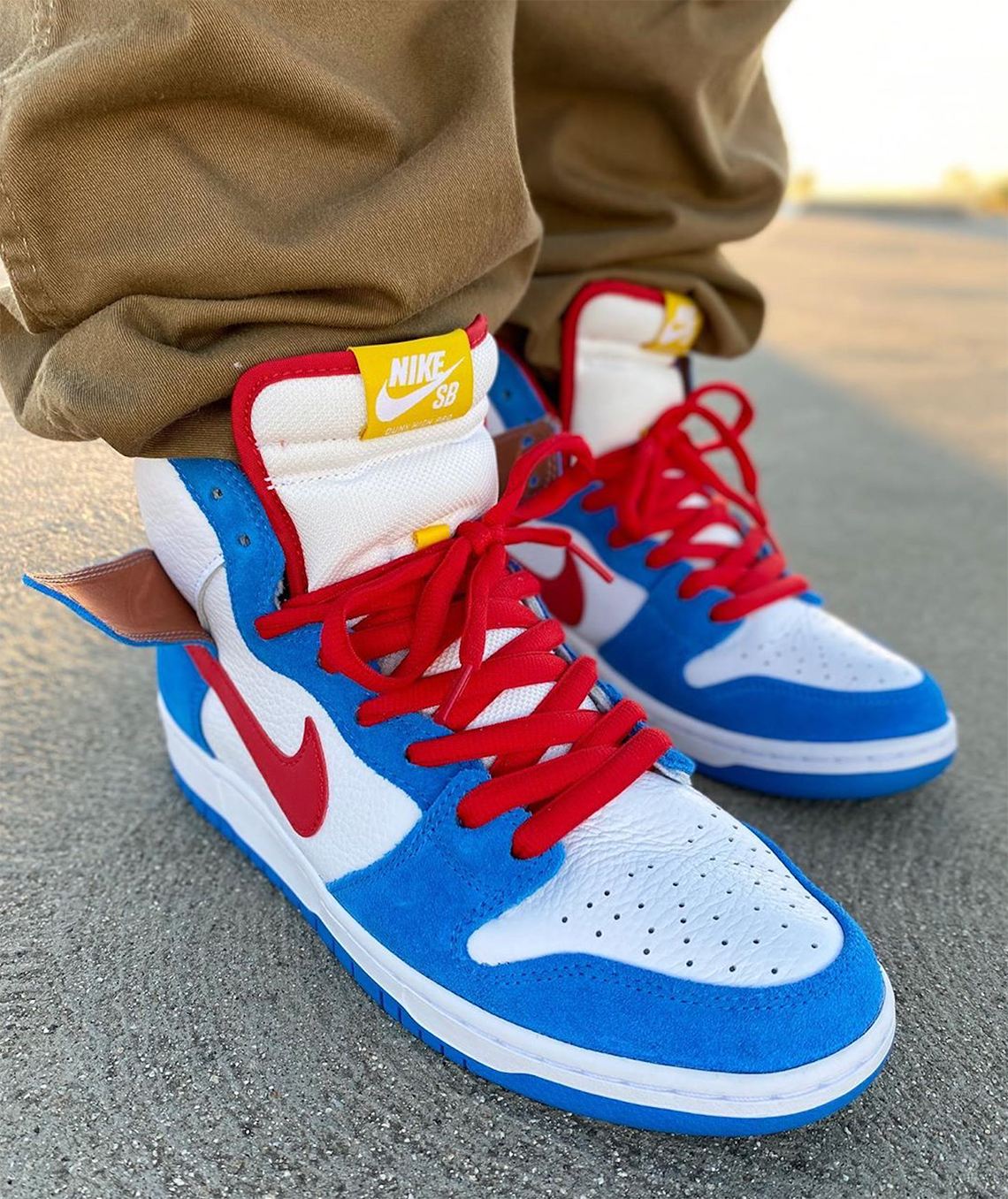 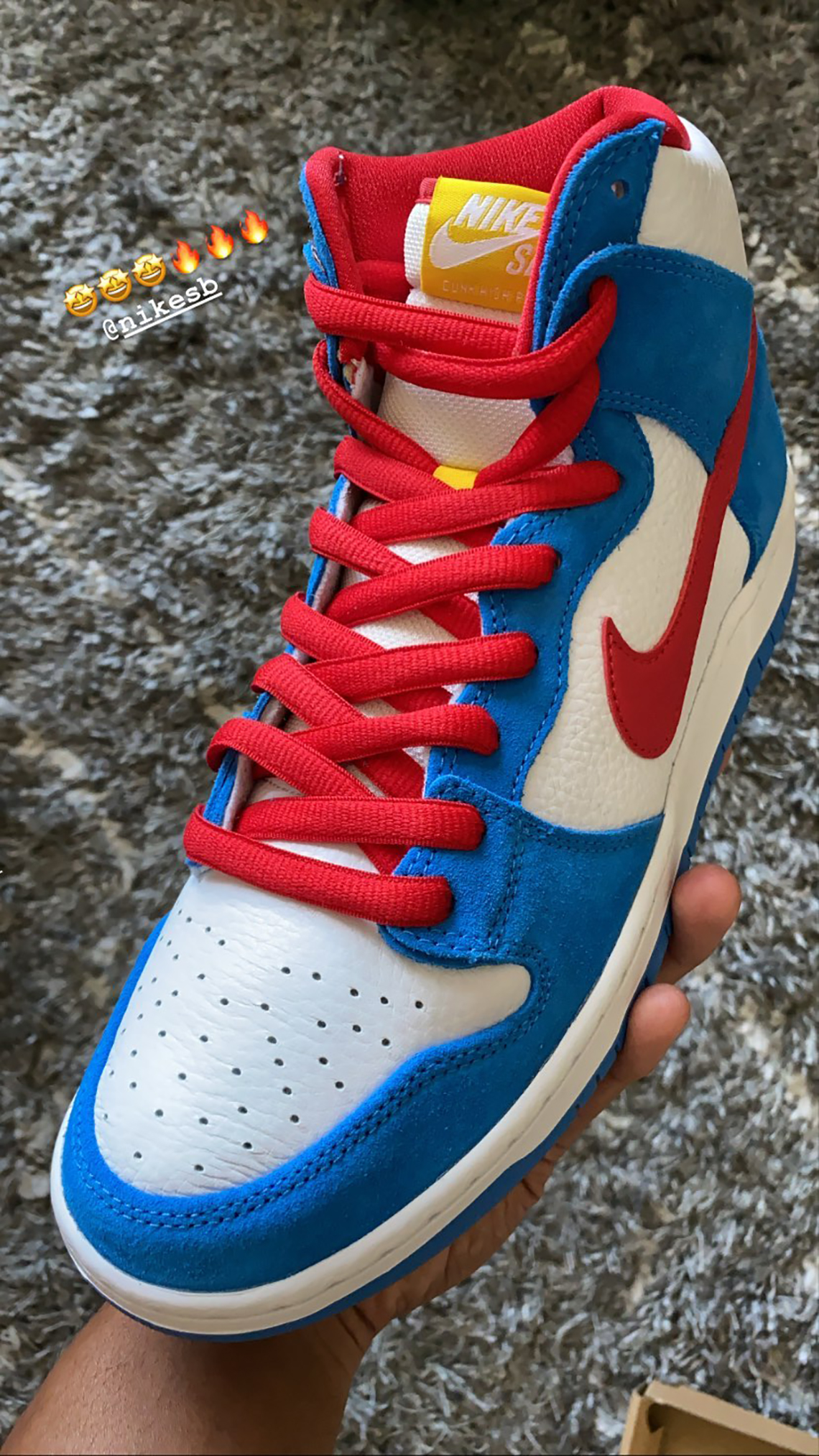