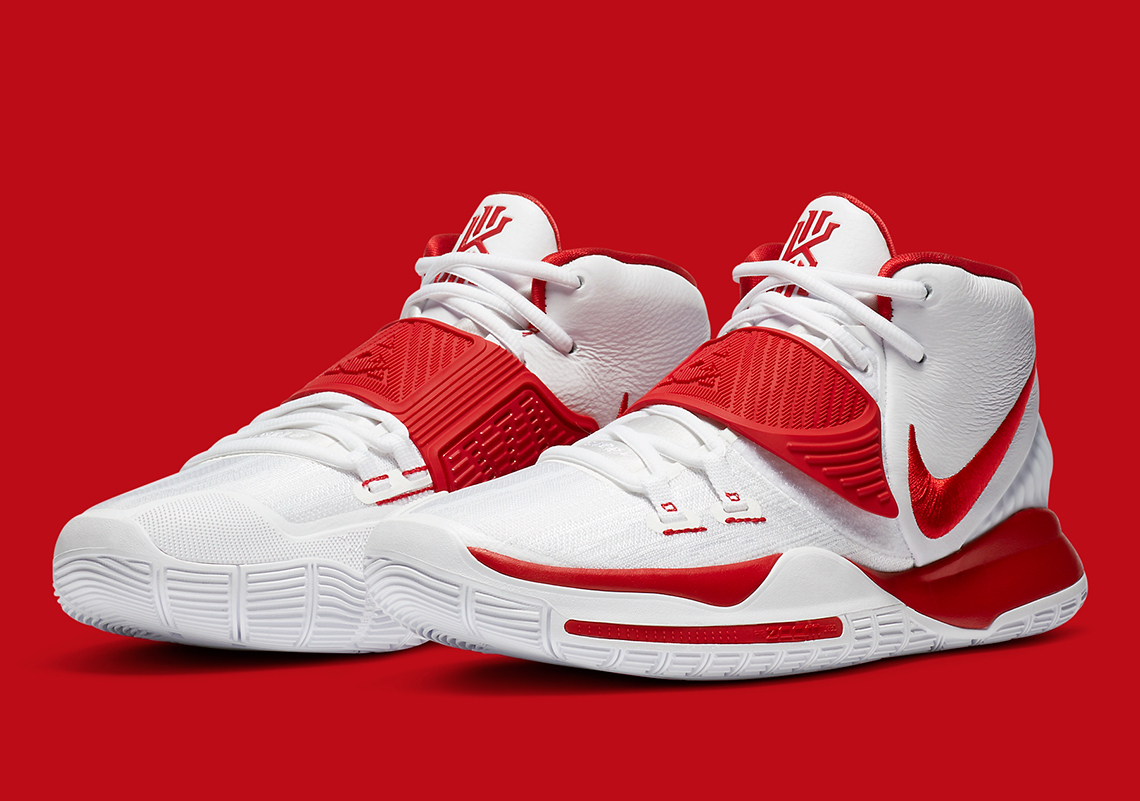 Nike Turns To Team-Based Colorways For The Kyrie 6

Due to the fact that the one year anniversary of the Kyrie 6 will be here in just four months time, it’s safe to say that the hoops silhouette has now entered in the latter stage of its existence. There’s no question that it still has a lot left in the tank as we’ve yet to see if the Bruce Lee colorways ever drop, as well a bunch of in-line colorways to come. However, as tradition writes with Nike Basketball signatures, usually in the second half of their careers, there’s comes a moment where they will eventually resort to a collection of team colors. As reflected by this newest piece, that time has finally come.

Following the release of both “Asia Irving” colorways, the Brooklyn point guard’s kicks have now popped up in a simple two-toned makeover. Primarily hued in bright white across its upper, this latest take invites in “University Red” trim spread along the Swooshes, straps, midsoles, and sock liners. This particular colorway has already released in Japan, which interestingly makes sense considering it is done up their country’s flag colors, but expect a stateside Nike.com release to likely follow shortly.

For other news, here’s a closer look at the Off-White Air Jordan 4. 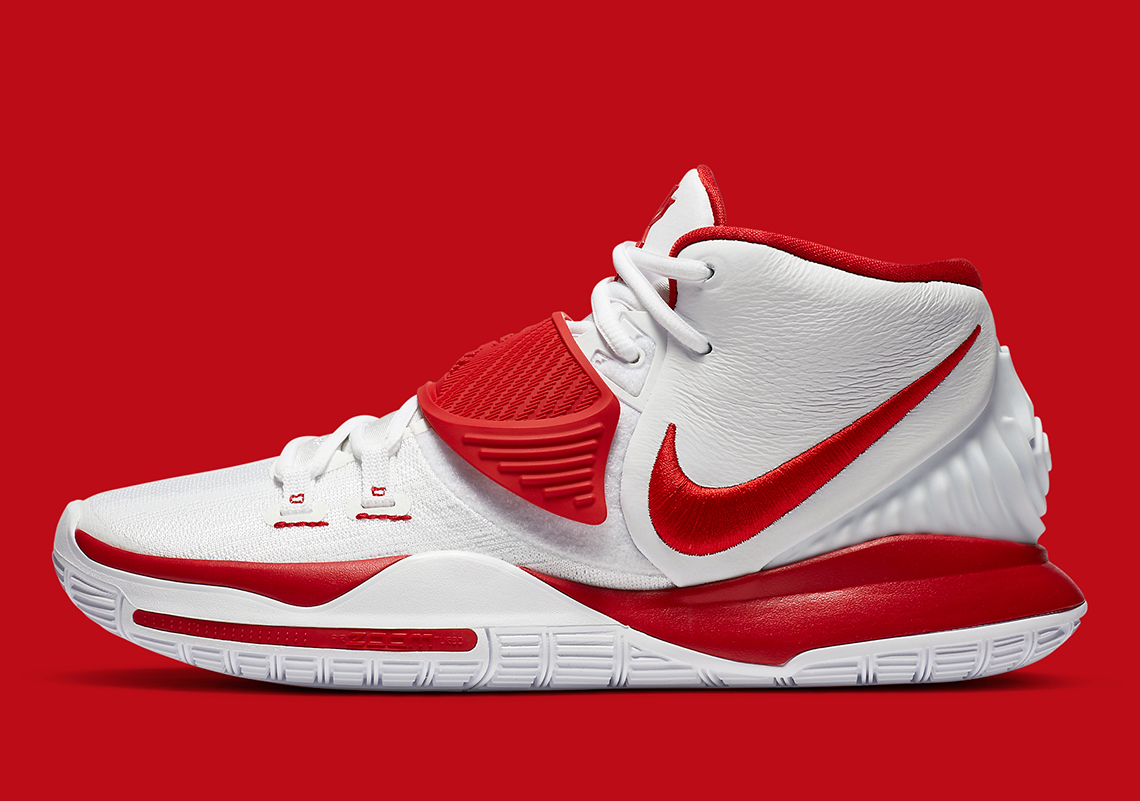 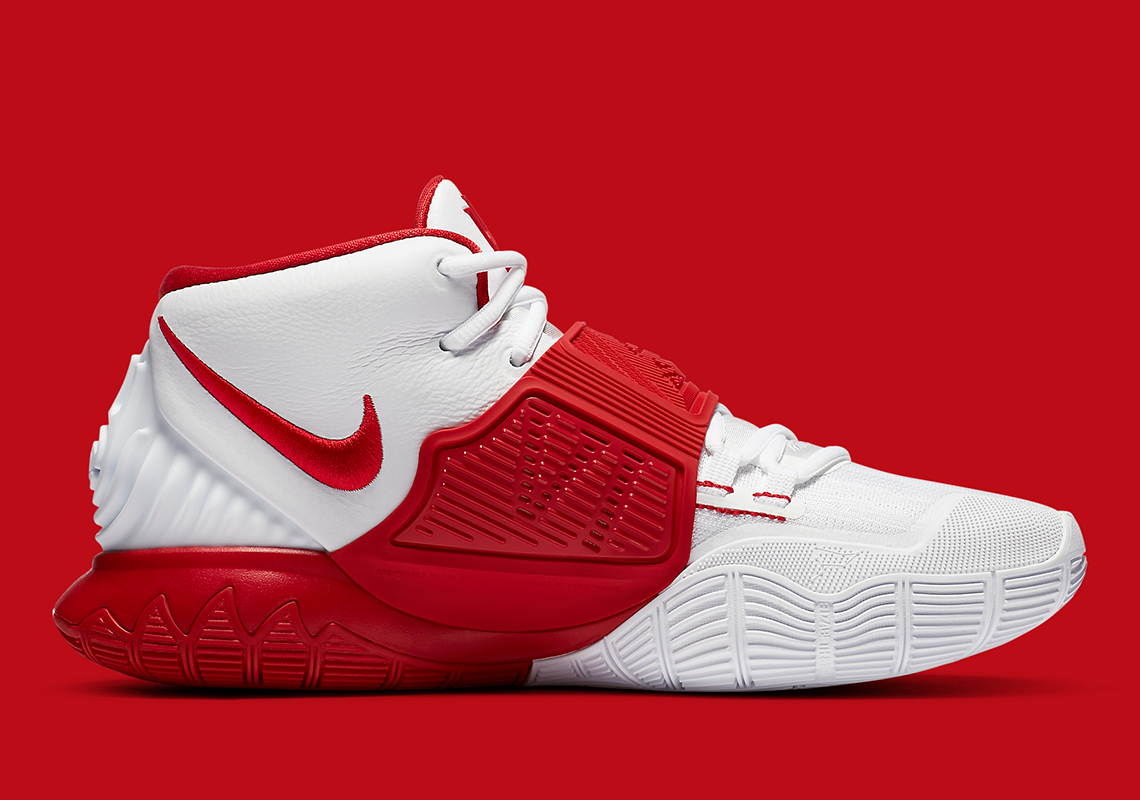 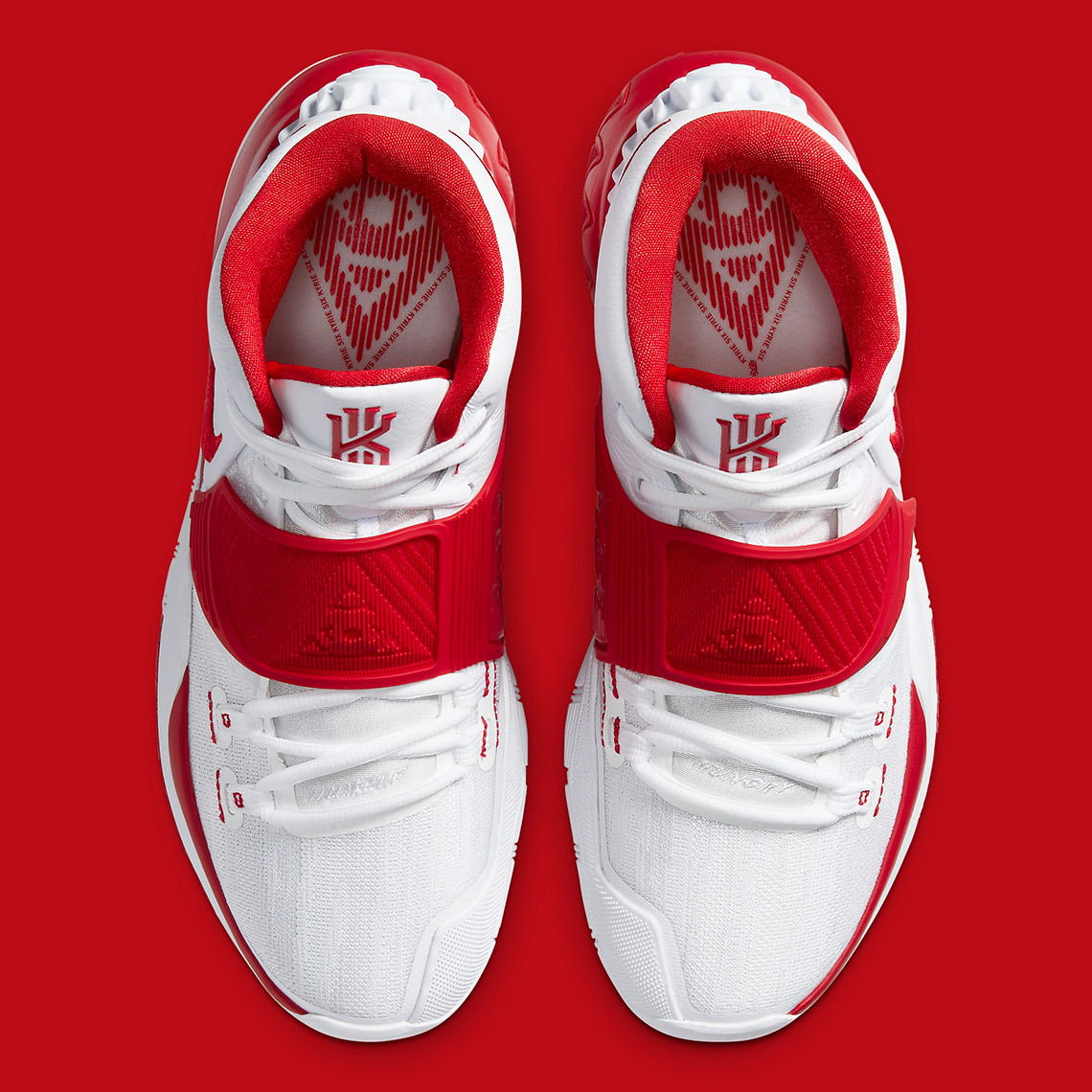 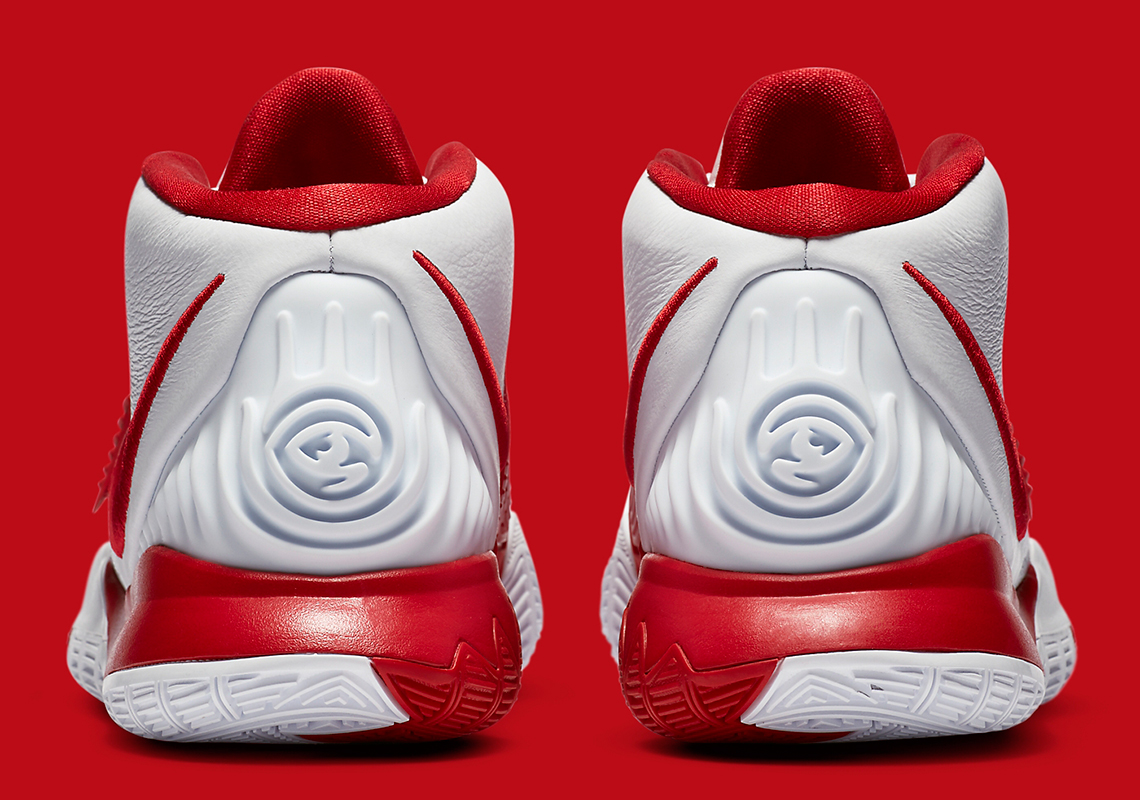 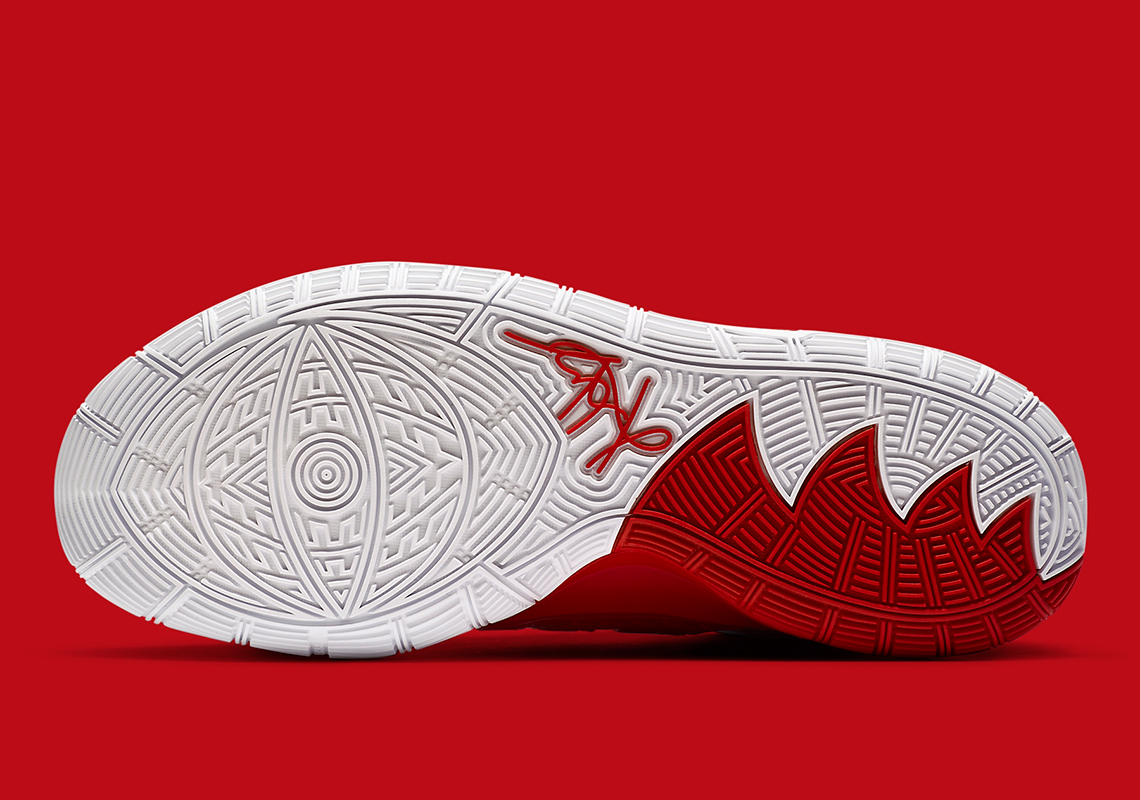