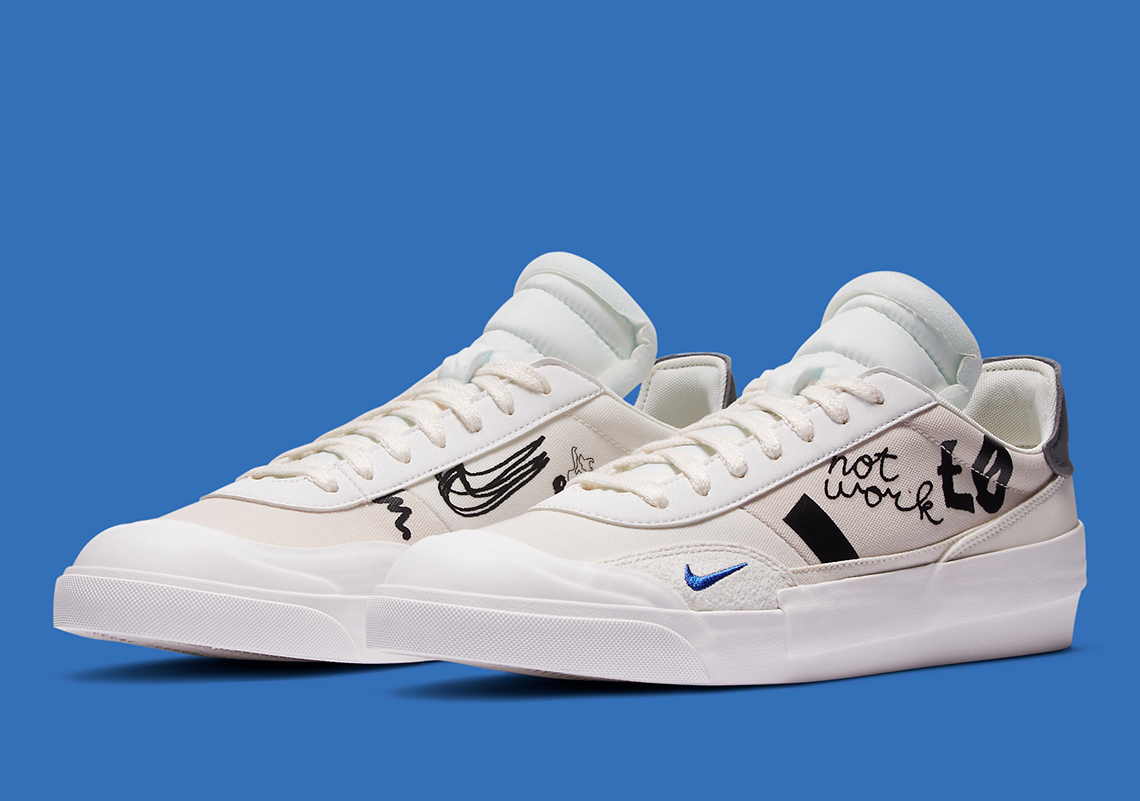 Seemingly hand-done itself, the Nike Drop Type LX brings back the simple white colorways with a few hand-drawn additions that may be the work of brand collaborator Nathan Bell. Penciled atop with a thick point, the upper arrives sprawled with a vast array of messaging and a few crudely depicted insignia. Swooshes, which are doodled in a stacked set of four on the right foot’s medial, sit in between random squiggles and continent-like shapes while the pair opposite stamps “17. NOV. 2008” as if a date to be remembered. Laterals are equally obscure as “not work” is written next to “t0,” both hints of a lax attitude that is then paired with — though not cleared up by — the “yes” and “4” the dress the heel tabs. Grab a look at all the small details below and sit tight for further word on the offering’s meaning and story in due time. A release is sure to hit Nike.com within the coming months.

In other news, the LeBron Soldier 14 is available now on eBay. 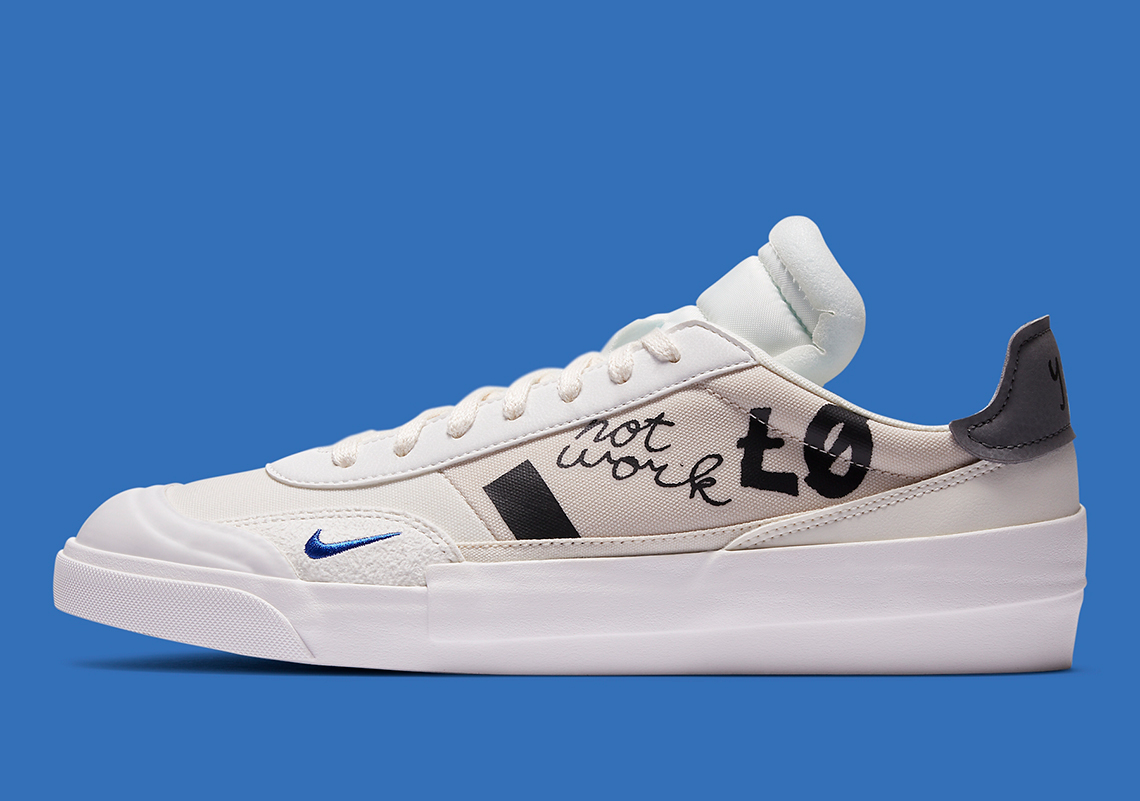 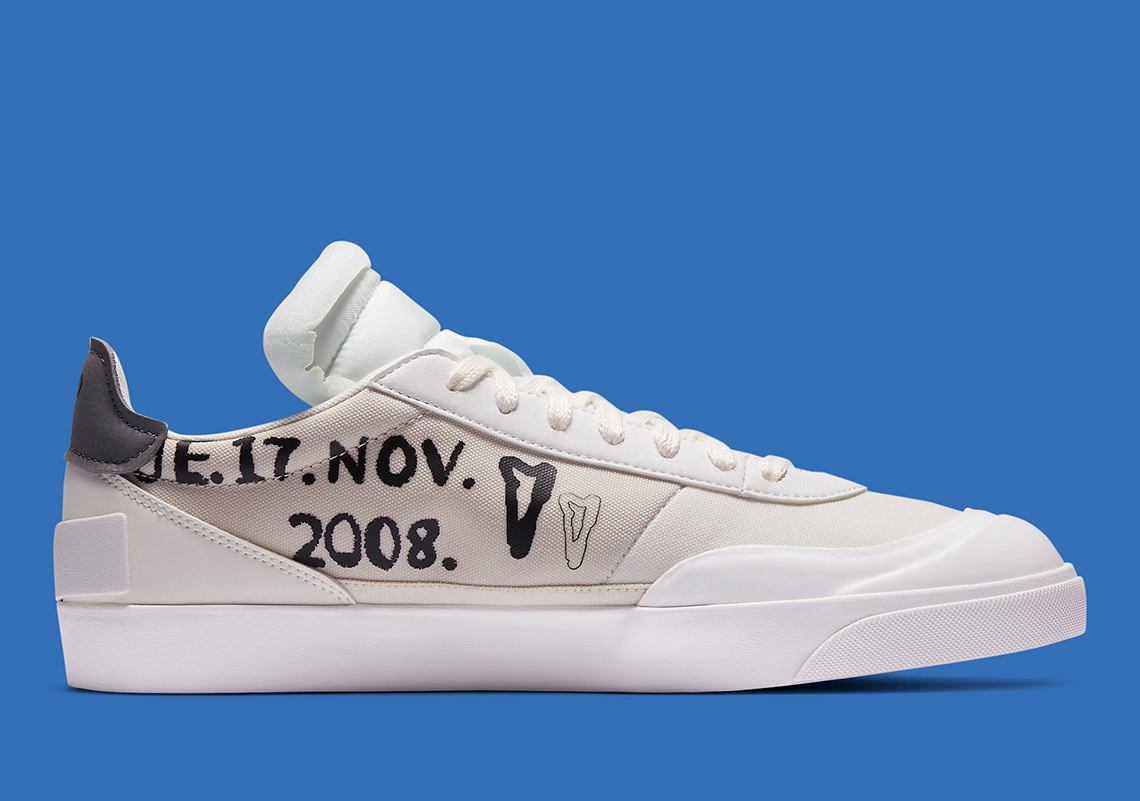 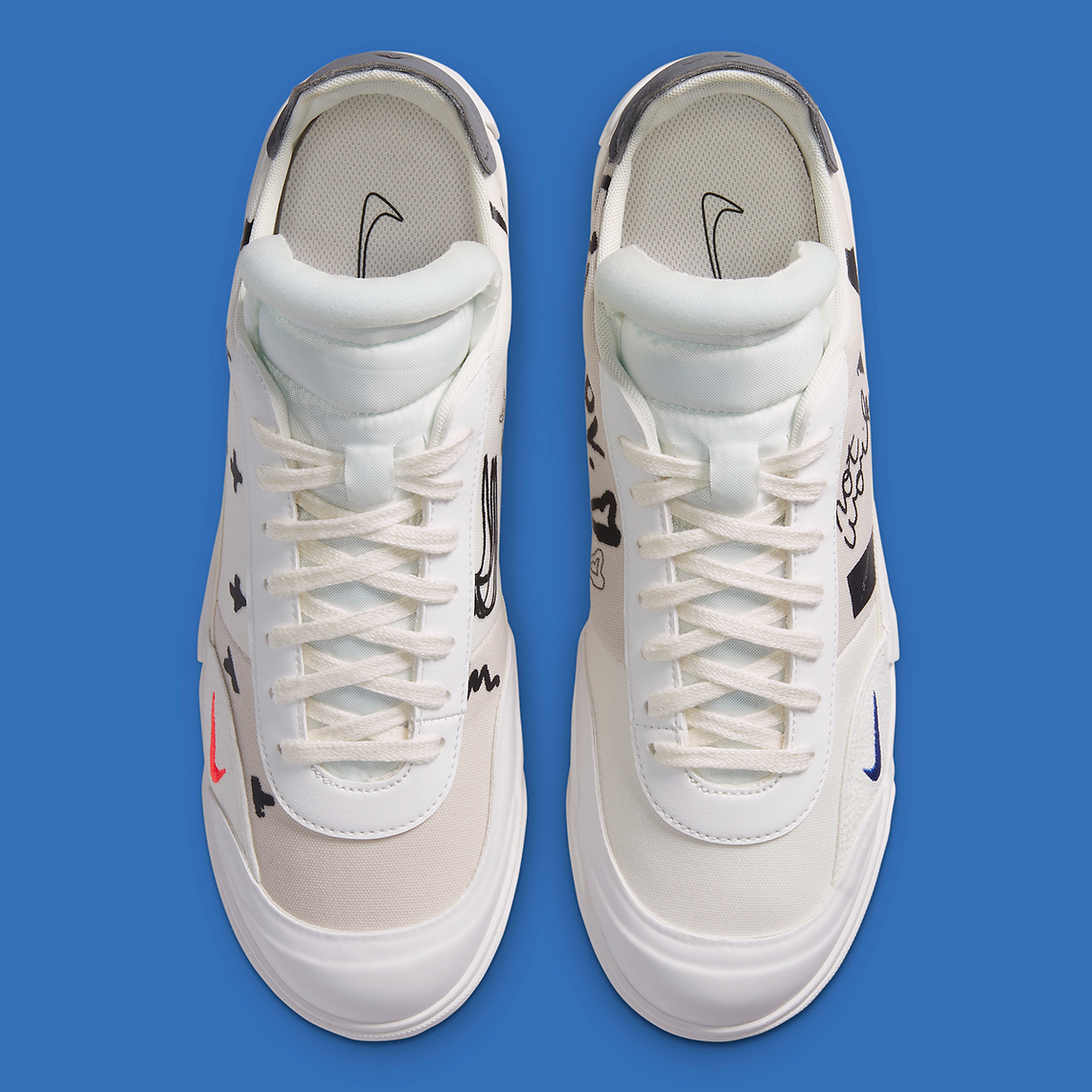 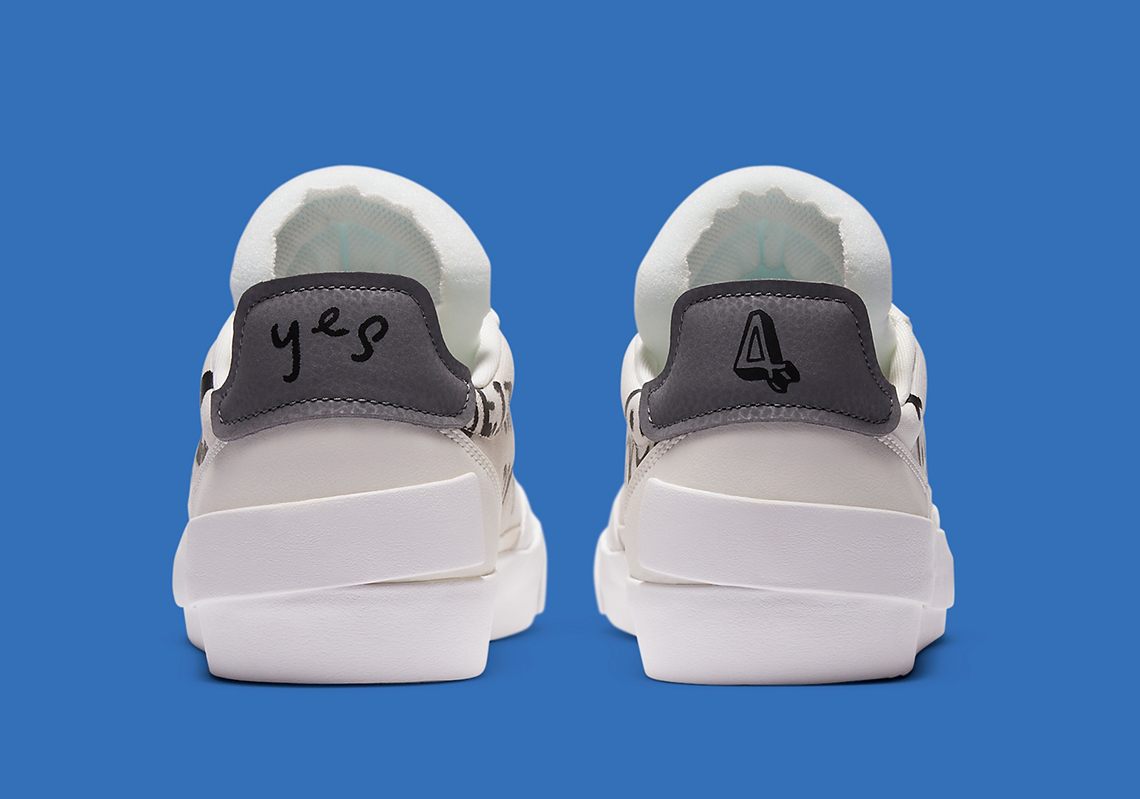 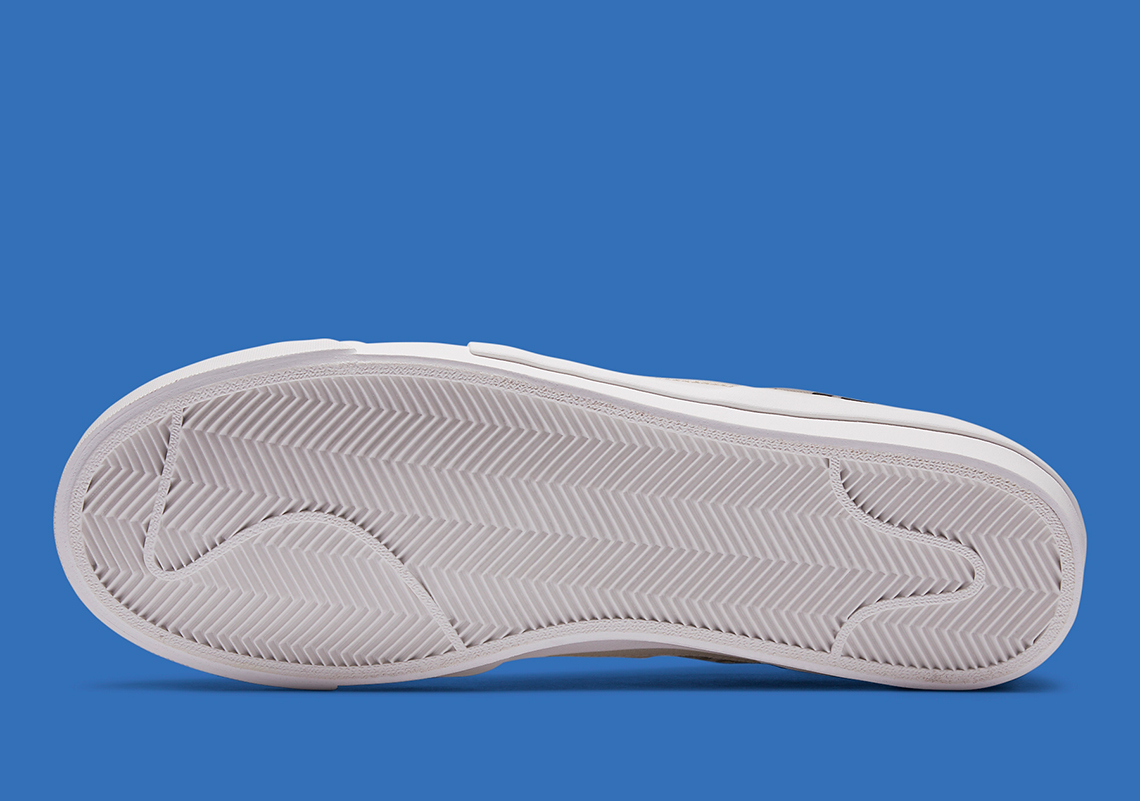