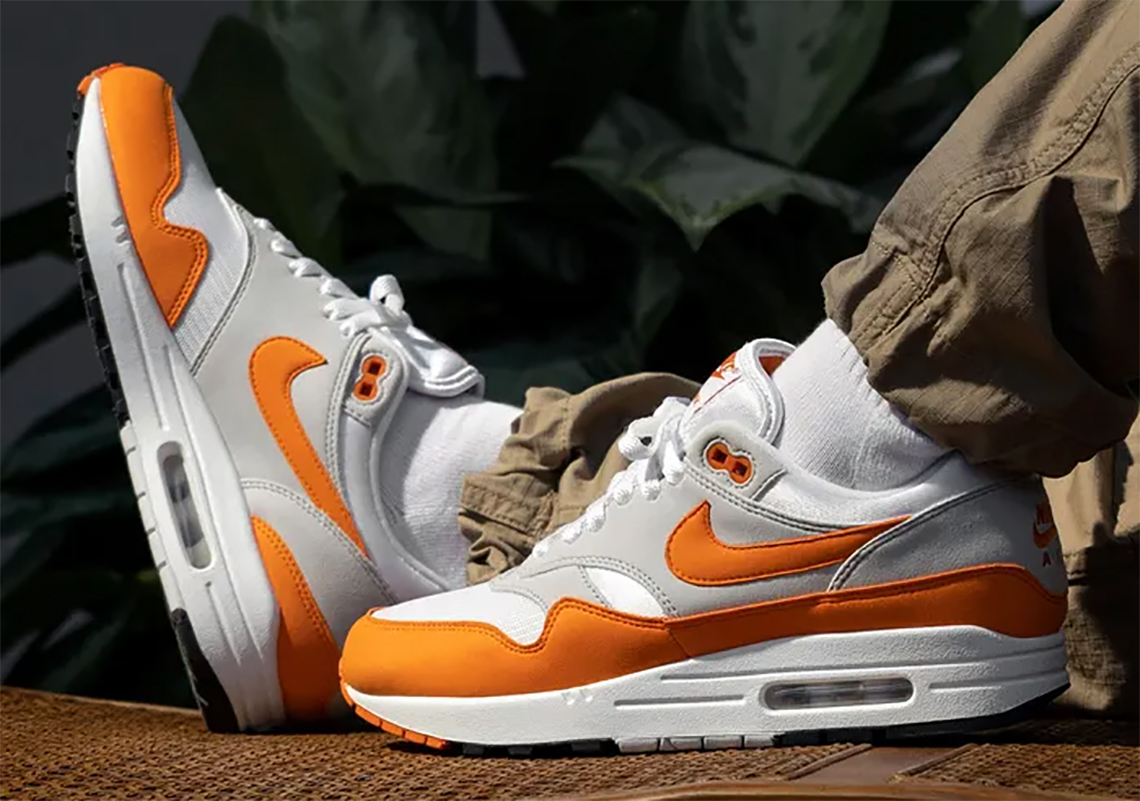 Where To Buy The Nike Air Max 1 “Magma Orange”

Reimagined recently by European denim imprint Denham as well as notable sneaker retailer Foot Locker, the Air Max 1 is giving their collaborative efforts some downtime for a brief moment to instead give its “Anniversary” series a moment at center stage. To cap off the month of July, Nike Sportswear is welcoming back the celebratory rendition in two options, an “Evergreen” colorway, as well as a “Magma Orange” variation; the latter of which has just been revealed by way of enticing on-foot imagery.

Its titular hue stands out above the rest of its outfit, providing a Summer-friendly burst of accents across its mudguards, Swooshes, tongue/heel branding, and eye stays. In terms of other regions of its constructions, it’s heavily dependent on brighter neutrals as angelic whites comprise its synthetic base and midsoles, while sultry grey sudes apply to its midfoot/heel paneling. For parties interested in copping, expect them to drop on July 30th for $140 USD at the retailers listed below. 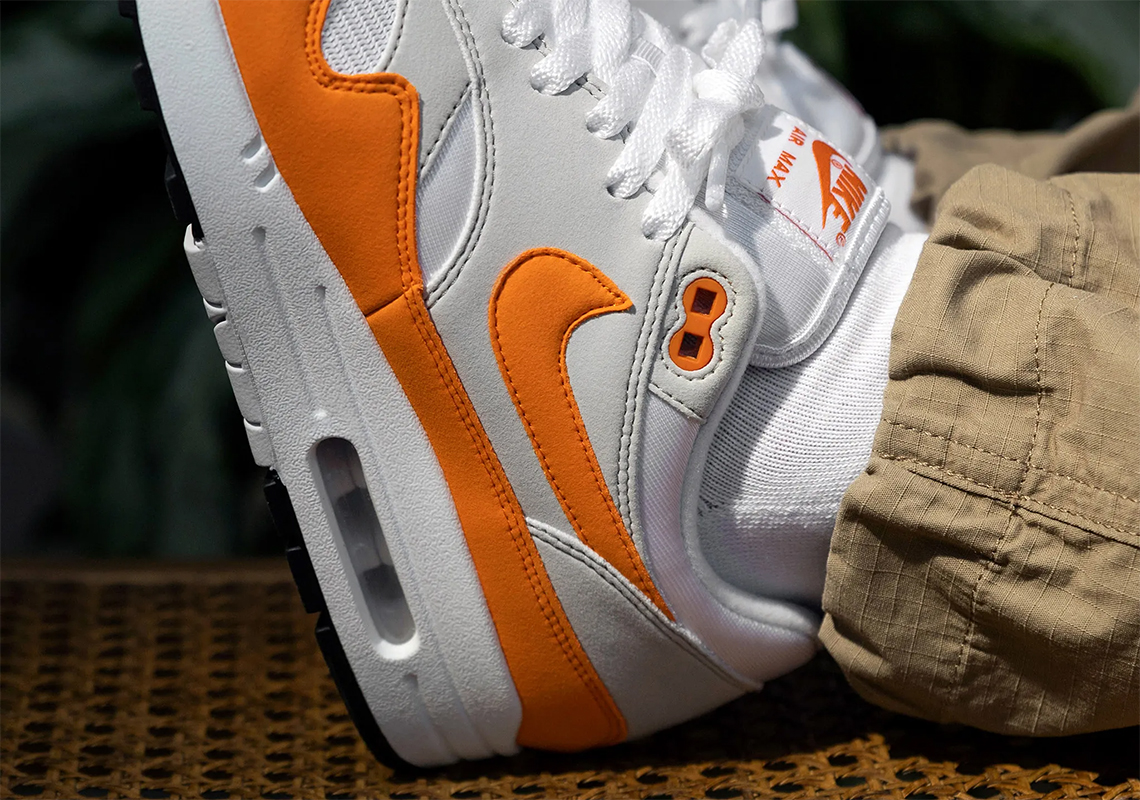 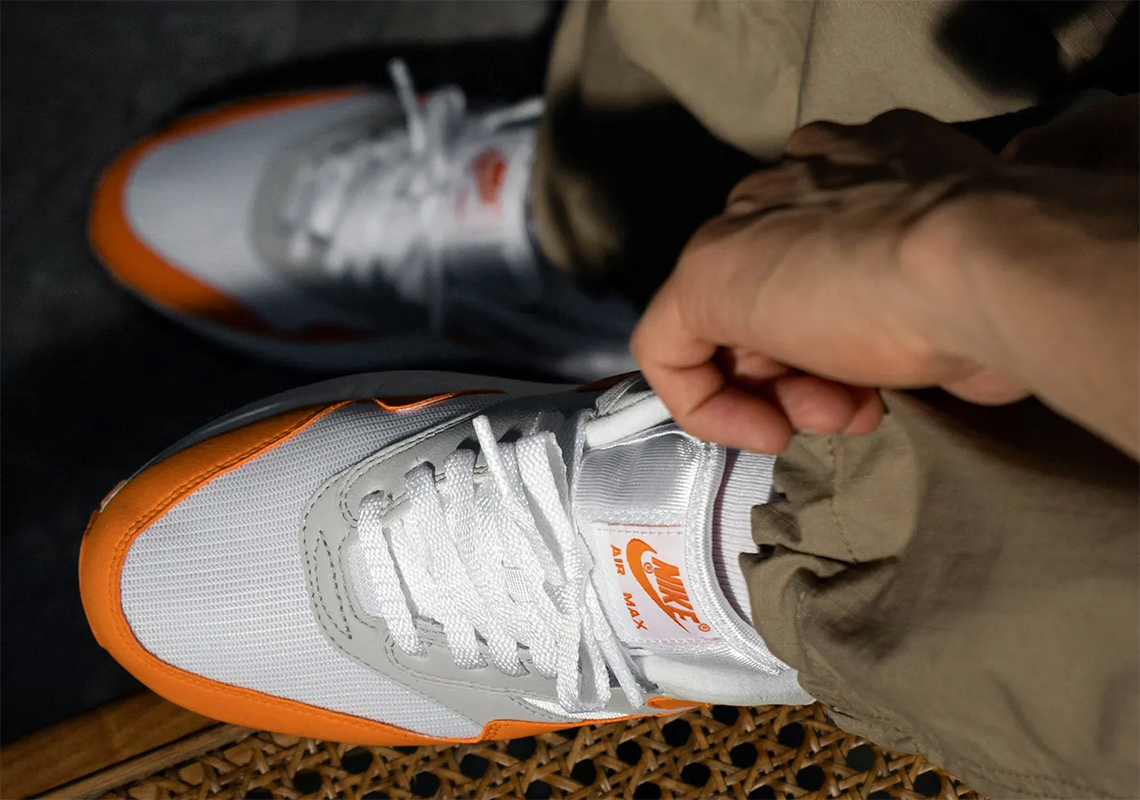