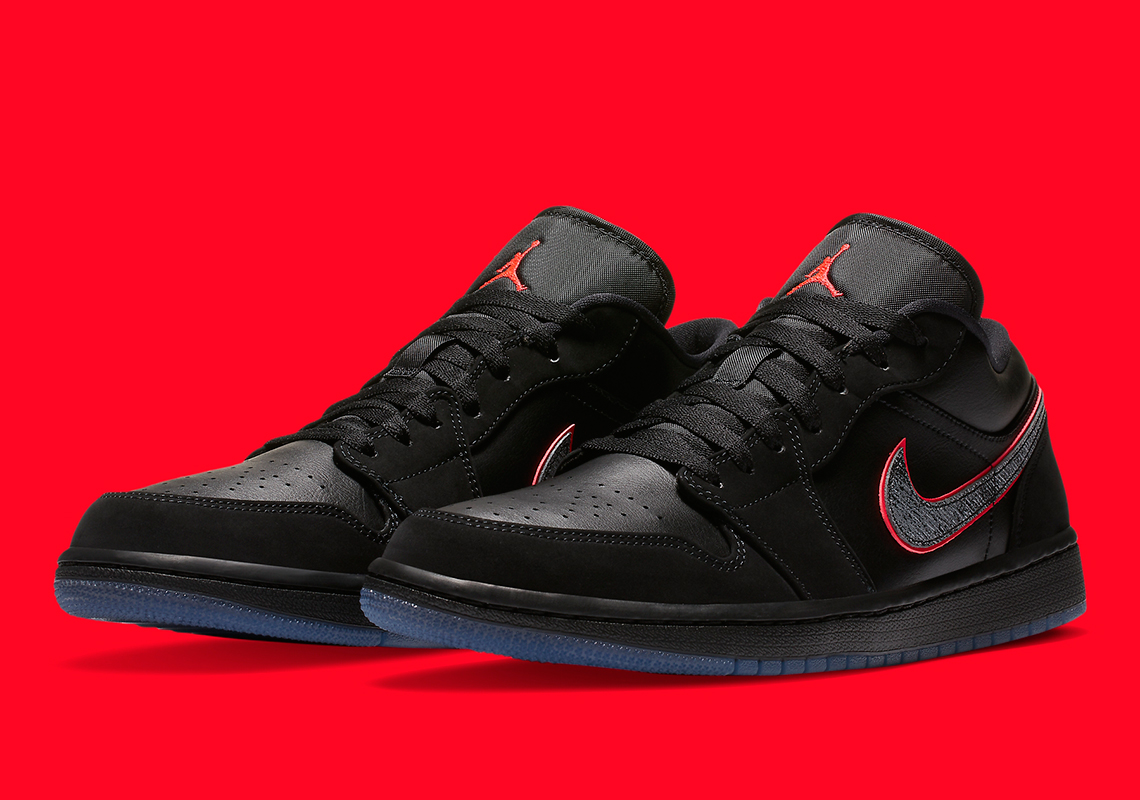 After unleashing a flurry of Mids over the last several days, the Jumpman is taking a quick recess from that sibling and pivoting back over to the Air Jordan 1 Low. Last released through Jordan Brand’s 2020 Quai 54 capsule, and later revealed in a neutrally-executed sail colorway for women, the silhouette is transitioning over to the darker side of the color spectrum for its newest take.

Stark black is the certainly the hue of highest dosage as it wraps the upper and midsoles entirely, the former only deviating in texture as its base is structured with smooth leathers while the overlays deviate in nubuck, and the tongues in nylon. However, it’s the Swooshes that highlight this iteration as they arrive in double stacked fashion; the backdrop more vibrant with a “Red Orbit” coat, while its foreground is touched up with a distressed, almost scratchy metal consistency. Down below, the outsoles complement by way of a translucent finish. These have already released overseas in Europe, but expect a stateside drop on Nike.com to land in the coming weeks.

For other news in the sneaker realm, a KITH Air Force 1 NYC colorway has emerged. 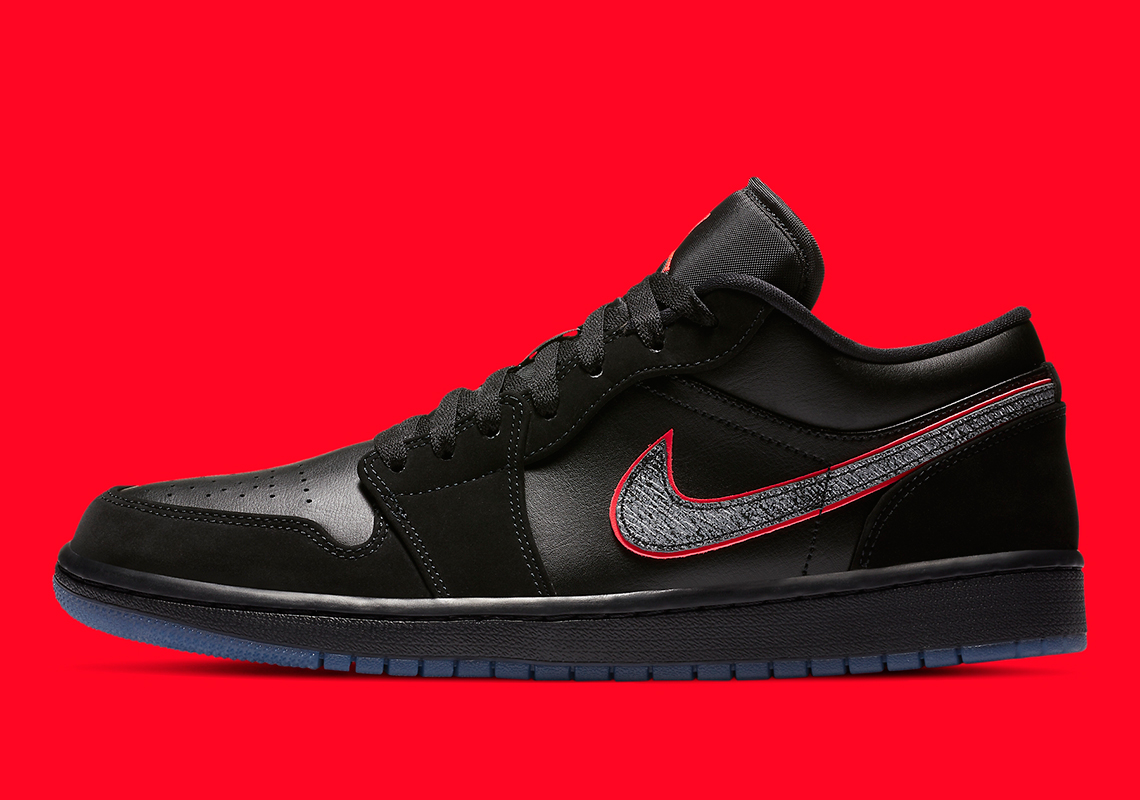 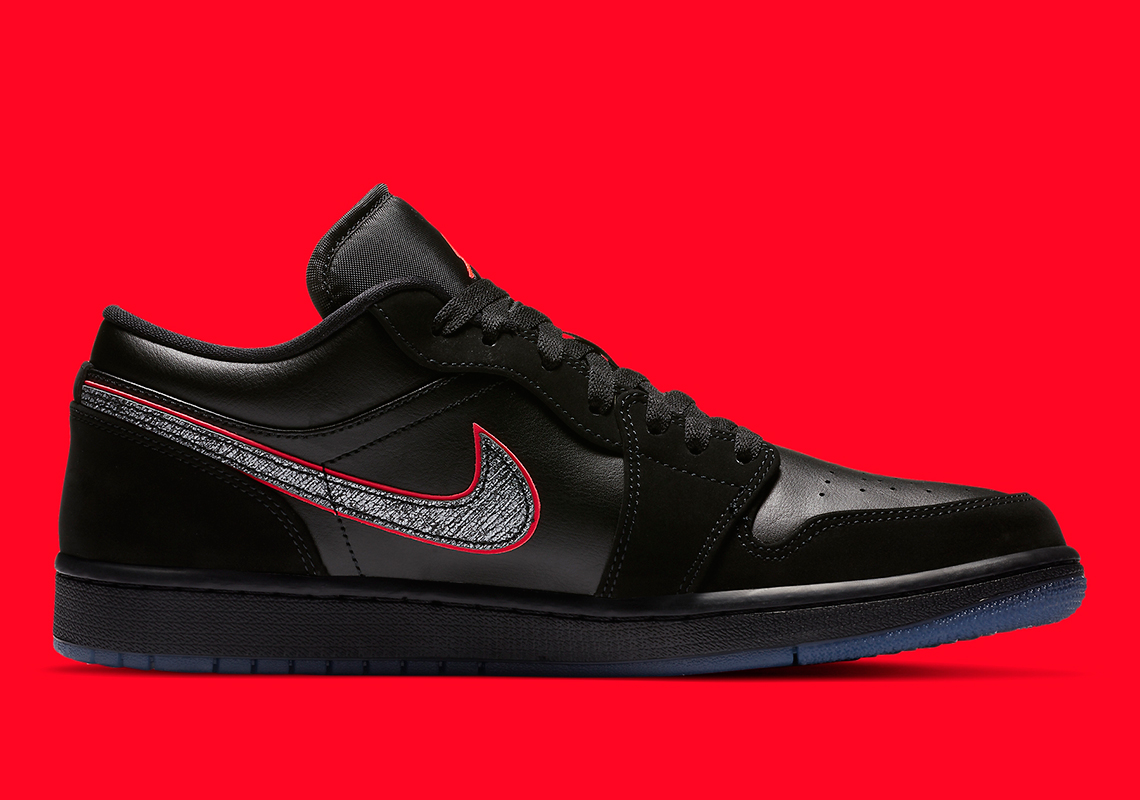 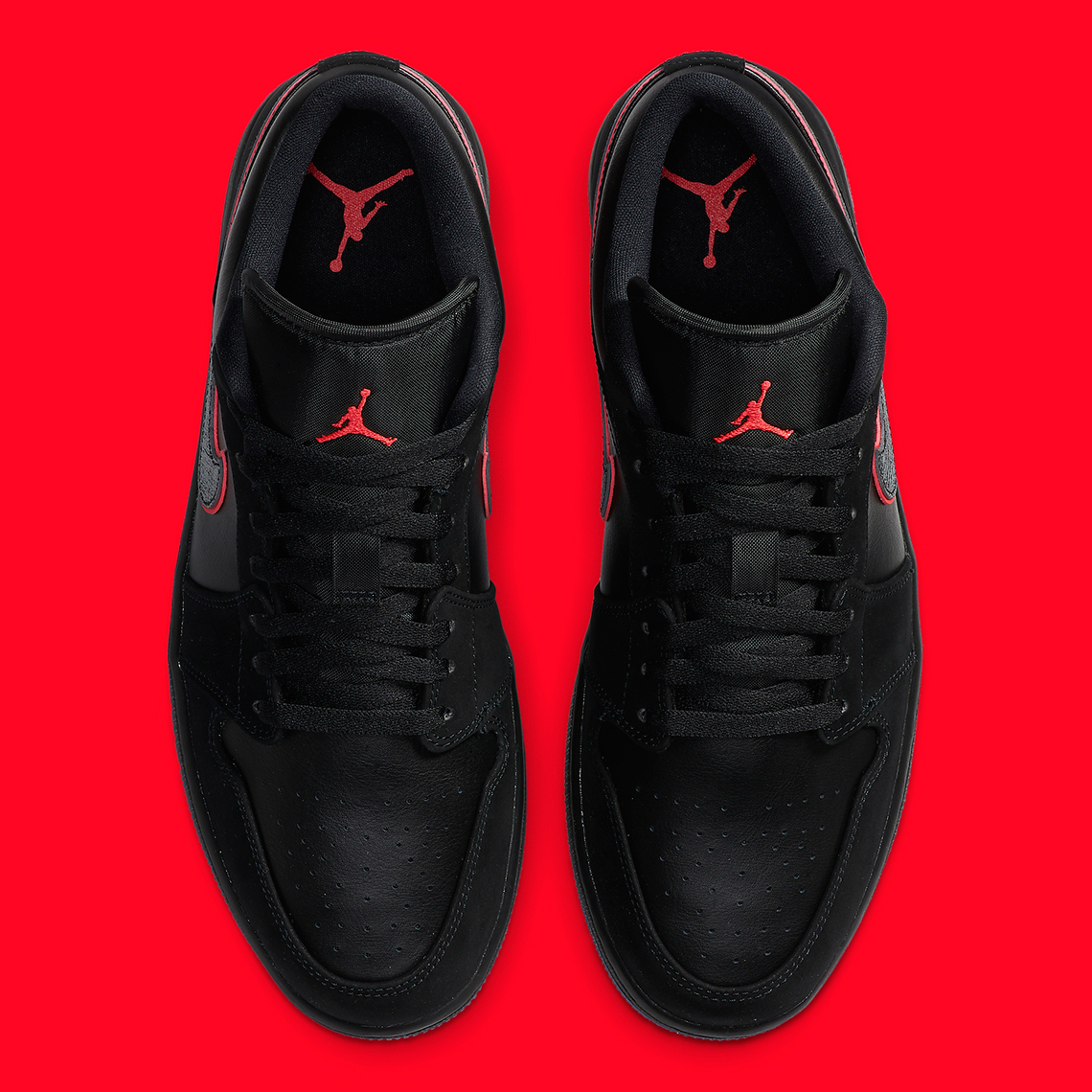 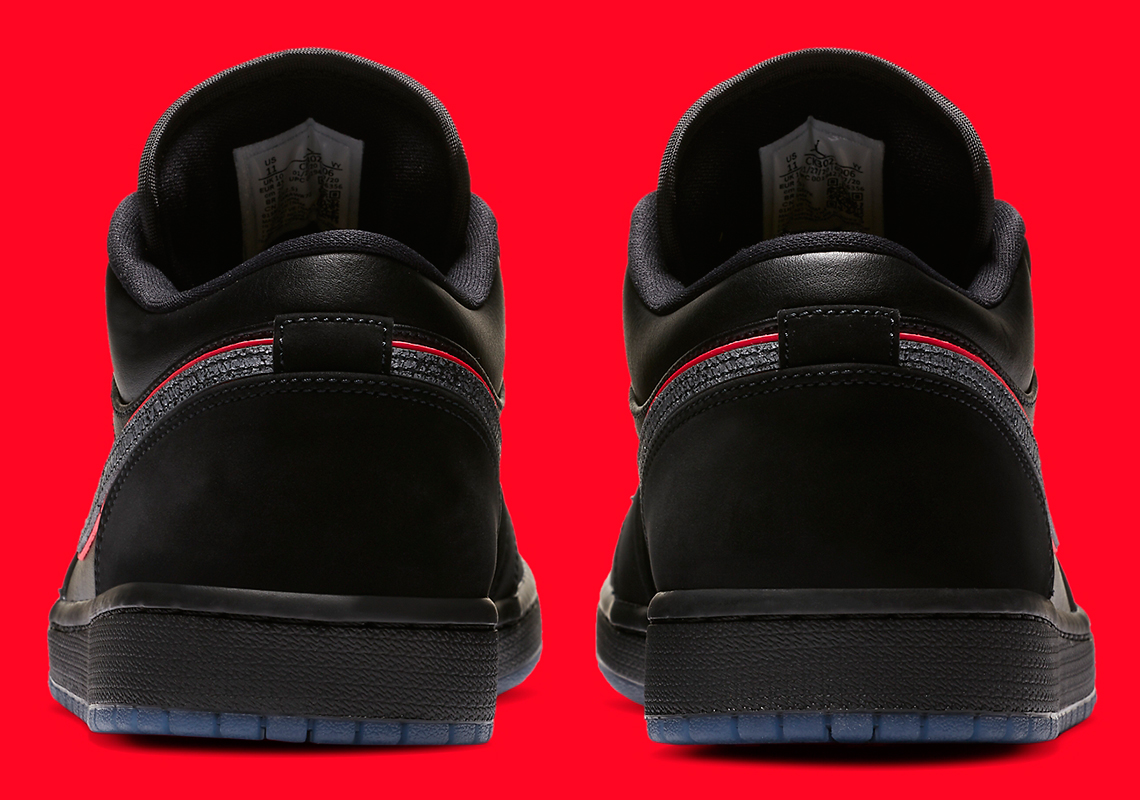 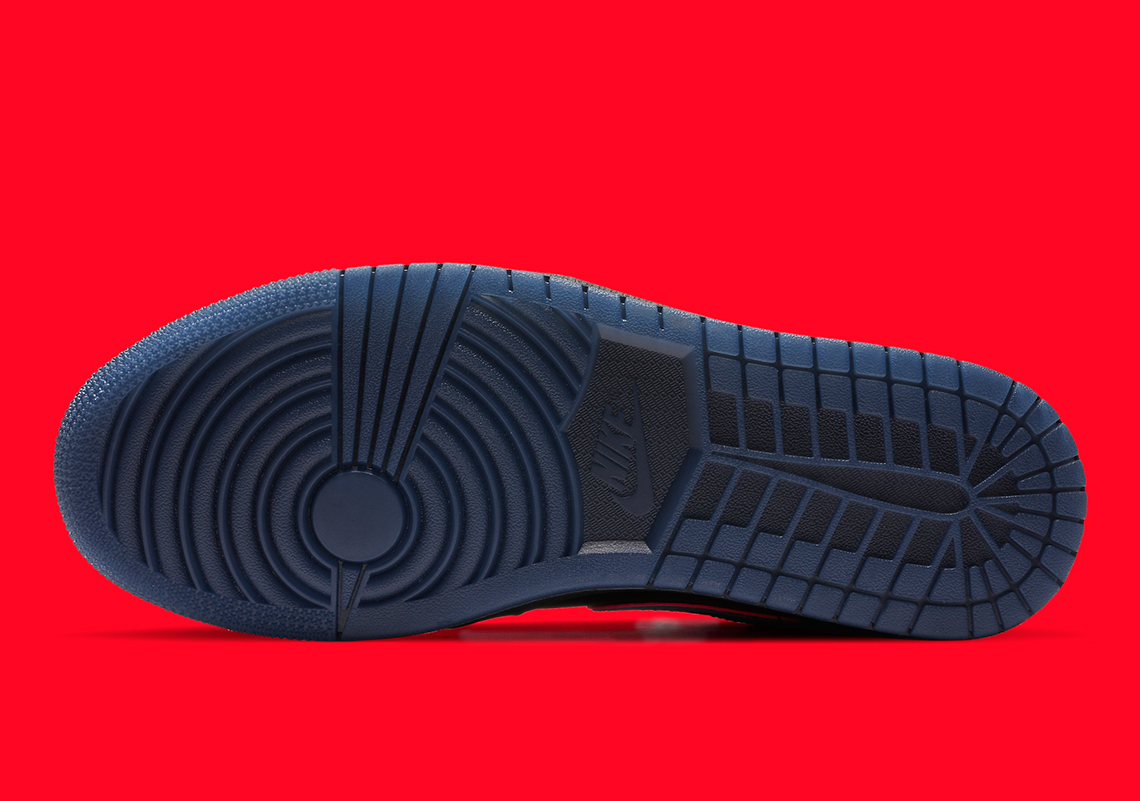