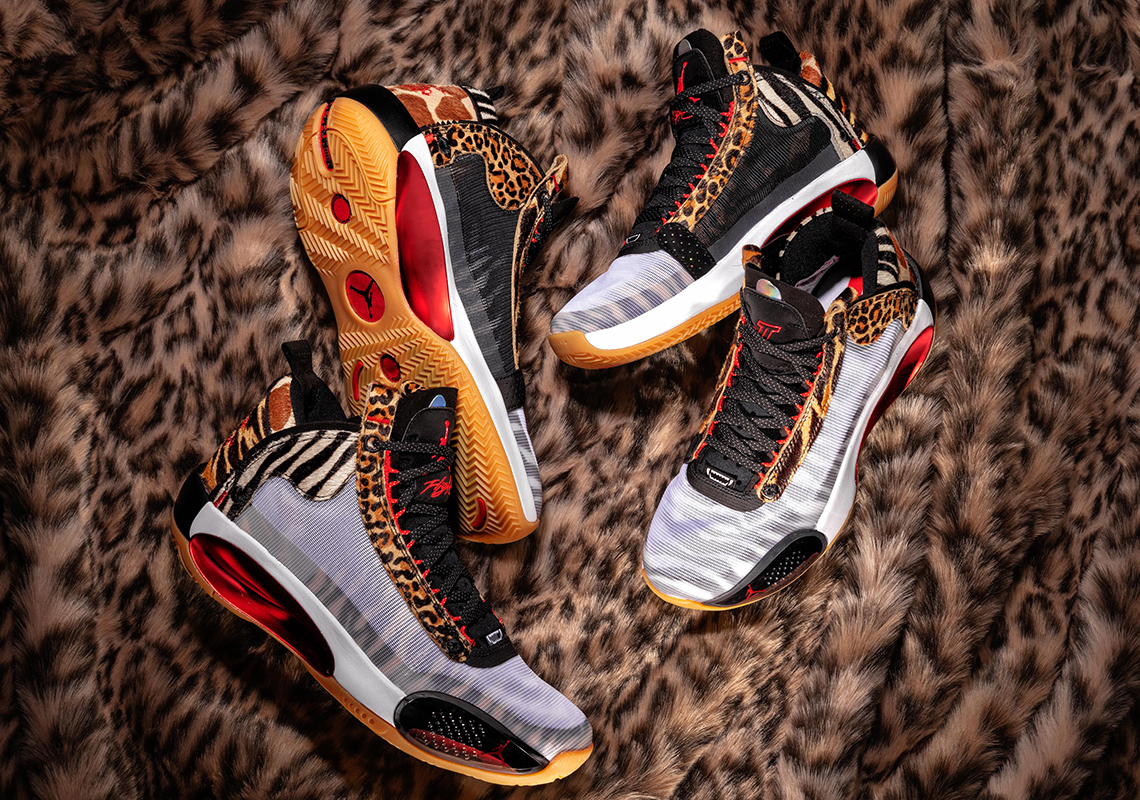 Although young in years as part of the NBA, Jayson Tatum has solidified his status as one of the most versatile two-way players in the league. This year especially, the third-year small forward was balling out on another level by filling up the stat sheet with nearly 24 points, 7 rebounds, and 3 assists a game which helped his Celtics squad earn themselves the 3rd seed in the East. And now that some basketball action is officially back, Tatum is bringing some new footwear with him to lace up in the Orlando bubble.

His latest player exclusive — the Air Jordan 34 PE “Welcome To The Zoo” — is set to officially release in just several days time, but before that, Concepts is showing their support through an earlier launch as an exclusive partner. Given that the streetwear stalwart is based in Boston, home of his beloved Celtics franchise, the connection here is crystal clear. Earlier this year, Zion Williamson’s Bayou Boys PE dropped early at Sneaker Politics in New Orleans, so this is essentially the same form of initiative.

Design-wise, the pair is probably one of Tatum’s wildest yet (pun intended). Hairy animalistic patterns stand out through zebra and cheetah skins, the former of which is seen faintly throughout the base and in more prounounced fashion on the ankle overlay, while the latter adorns the throat piping. Additionally, the heels also usher in tiger stripe/giraffe graphics. Bold reds accent through various territories including the Eclipse plate, lace loops, and tongue branding, as well as the embroidered hits which spell out its moniker on the heel and “Deuce”, Tatum’s son’s name, on the interior tongues. Moreover, the dubraes arrive in the form of teeth-like imagery to echo its aggressive theme, and the outsoles bring everything together with a gum finish. Concepts will be dropping these on their website and at their Boston flagship on July 29th, while the pair’s wider release will take place on July 31st for $195 USD.

In other news, the Air Max 1 Evergreen is set to release on July 30th. 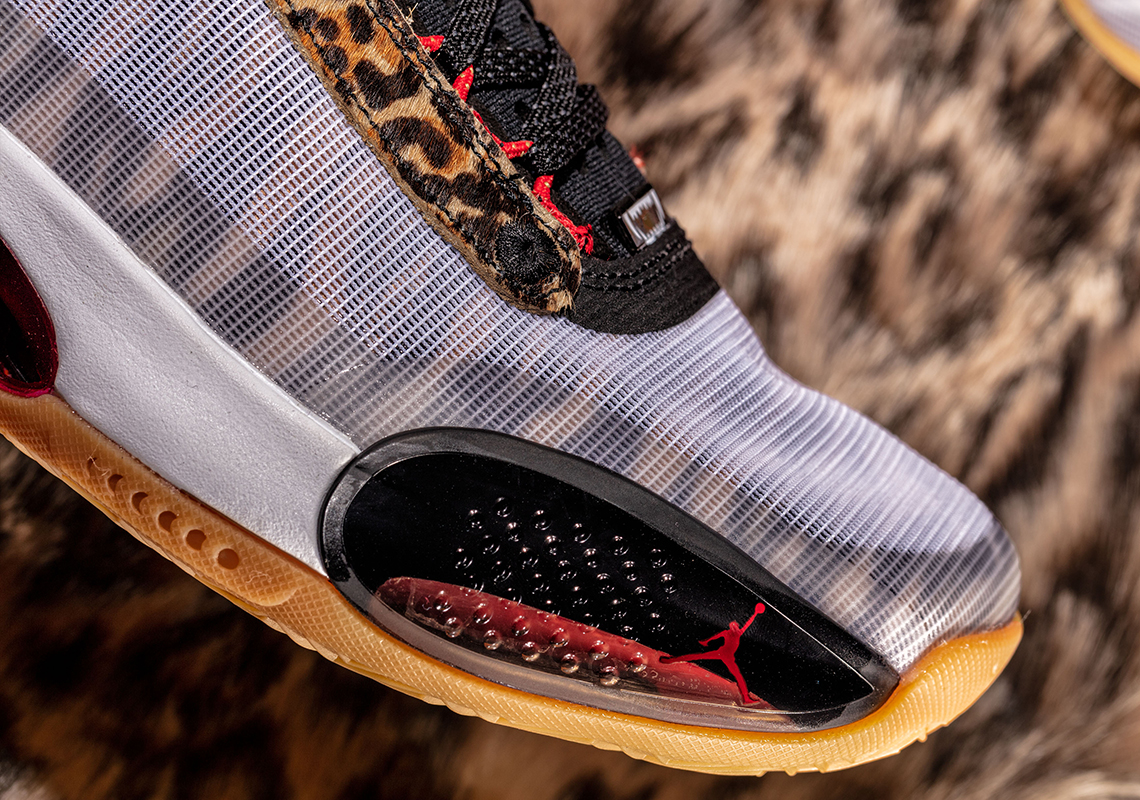 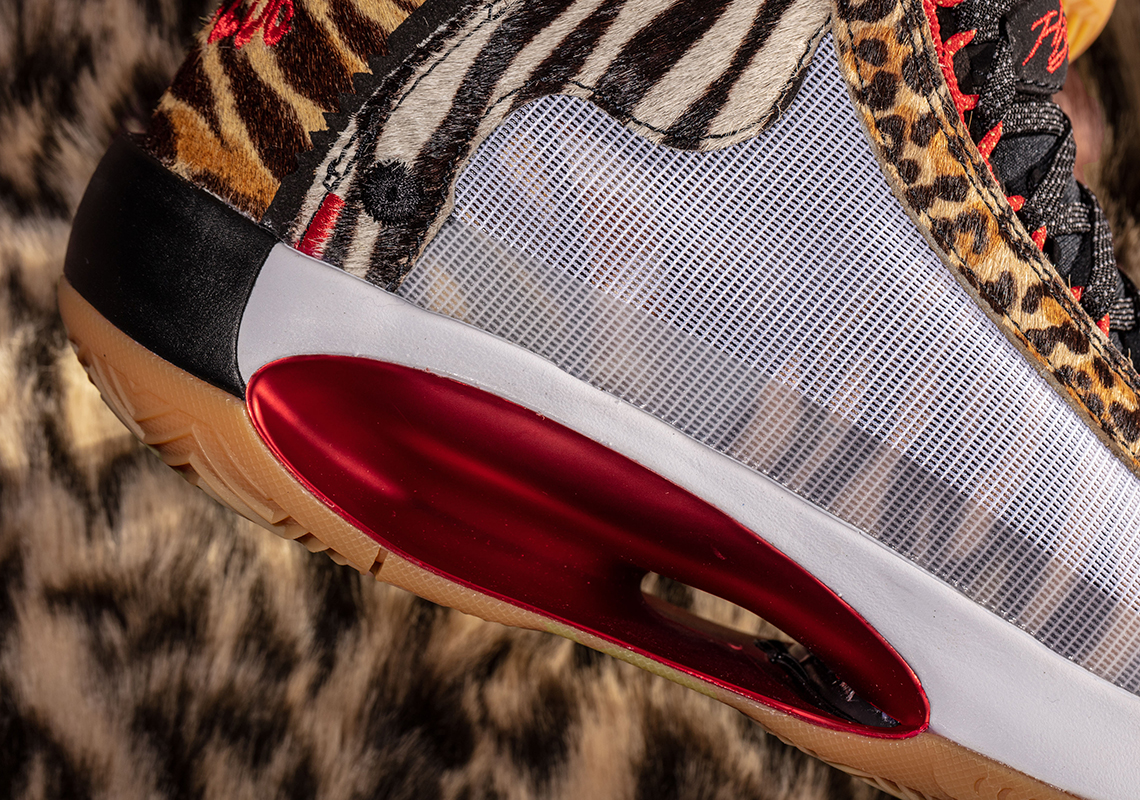 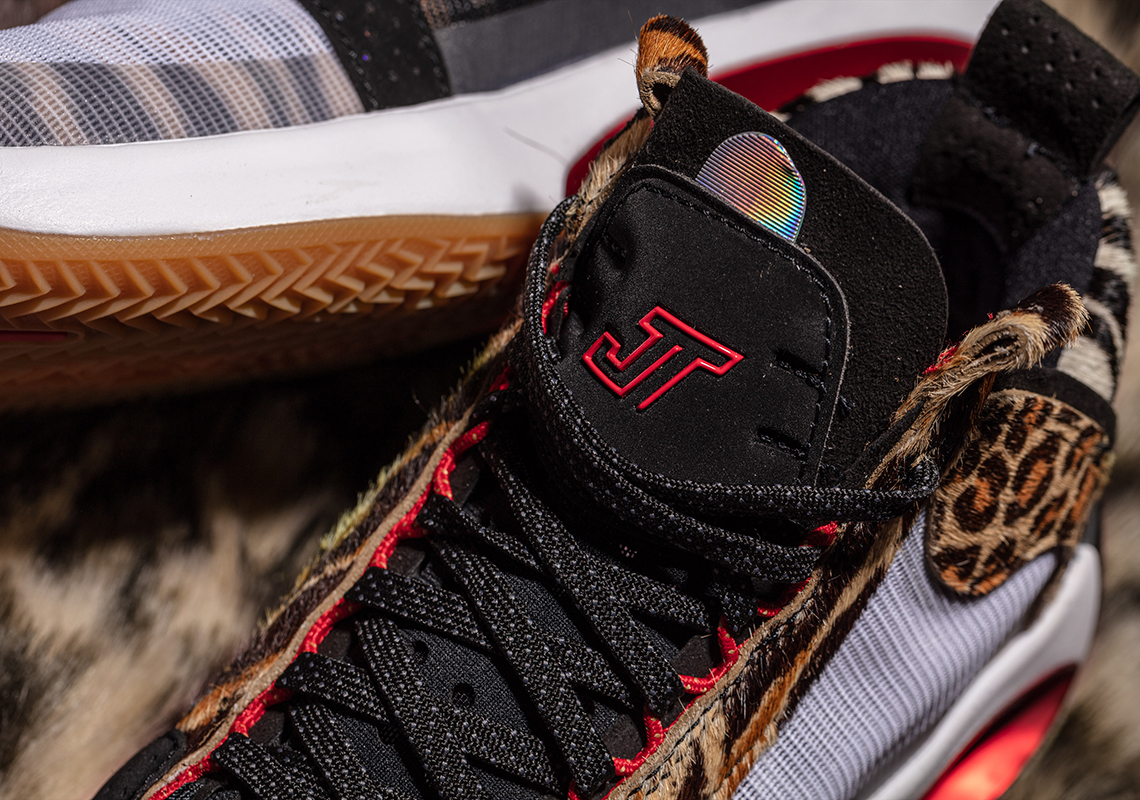 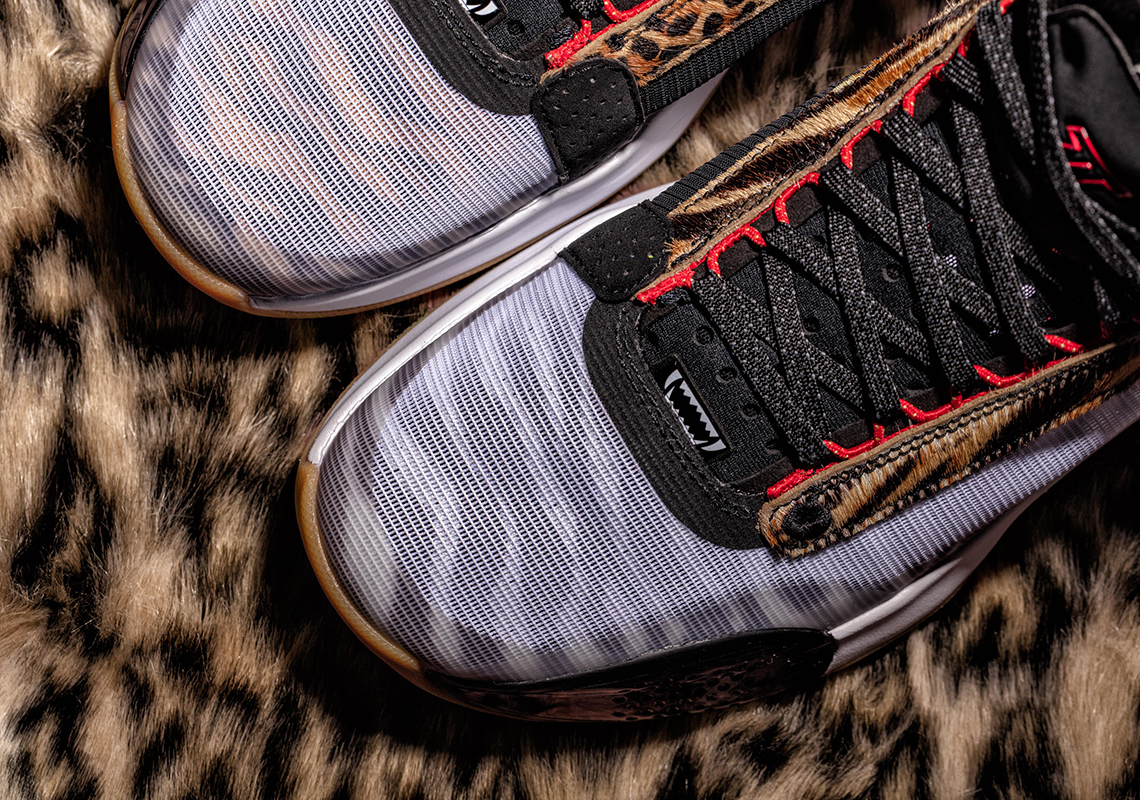 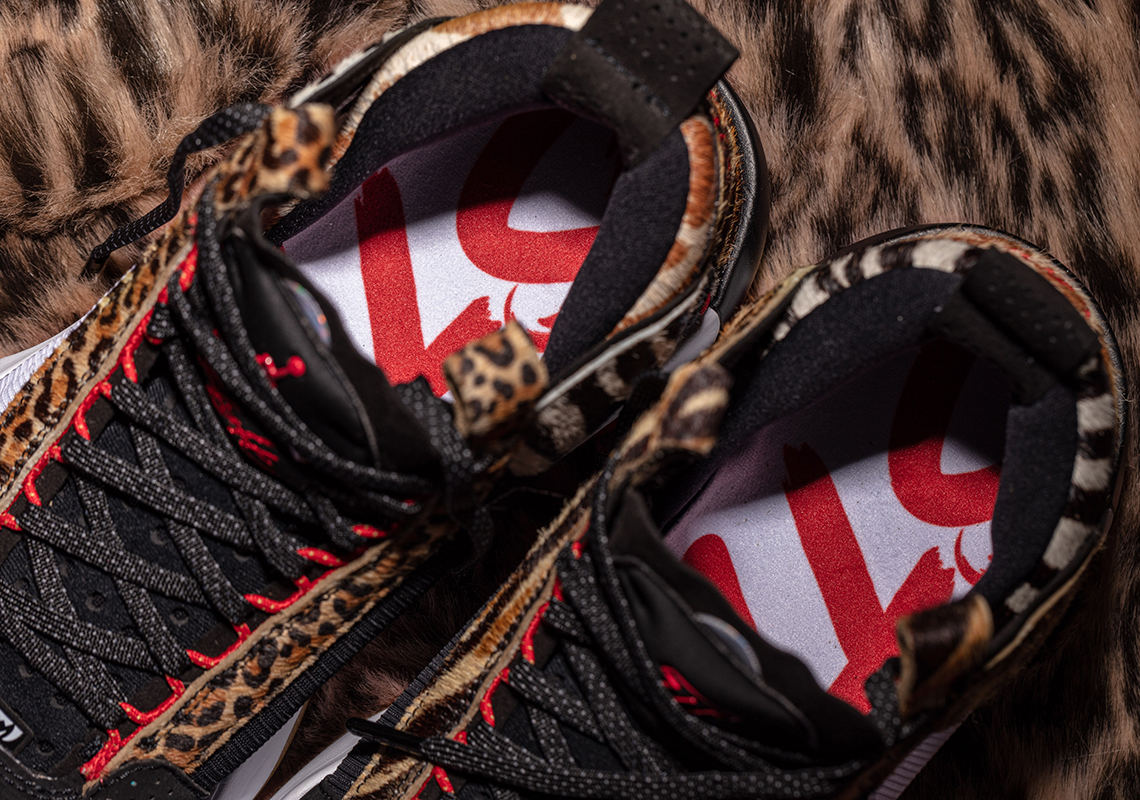 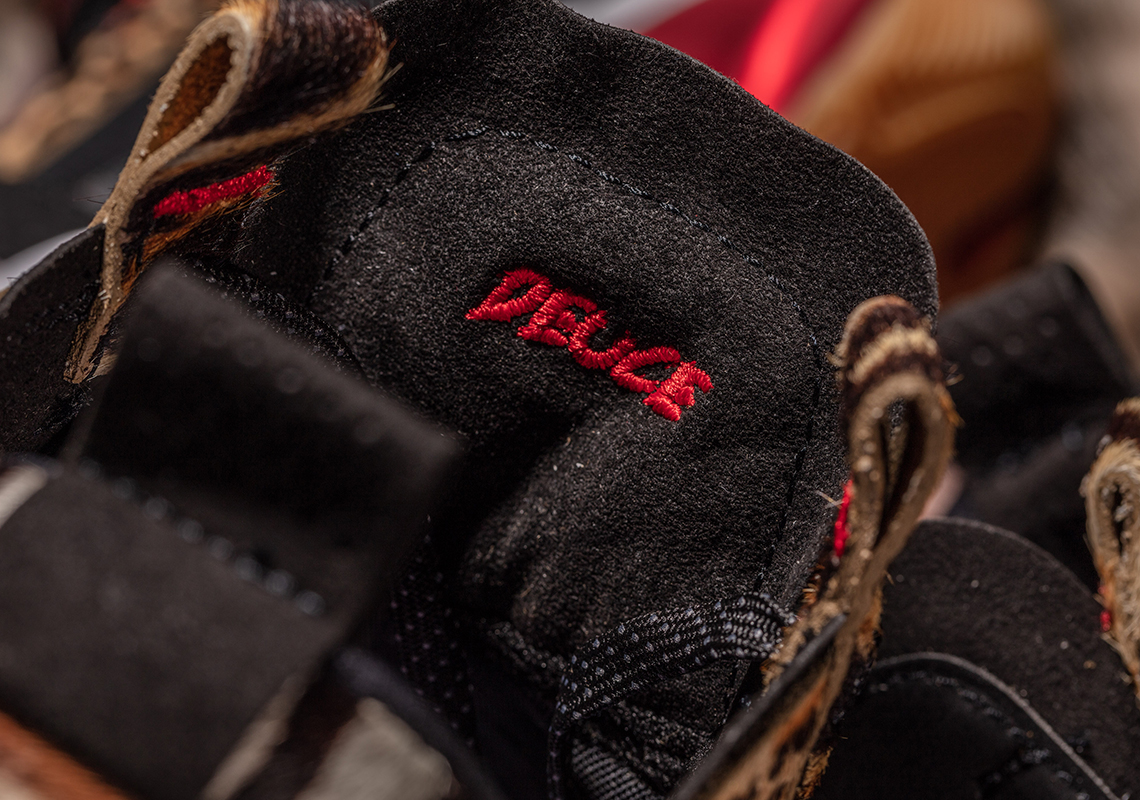 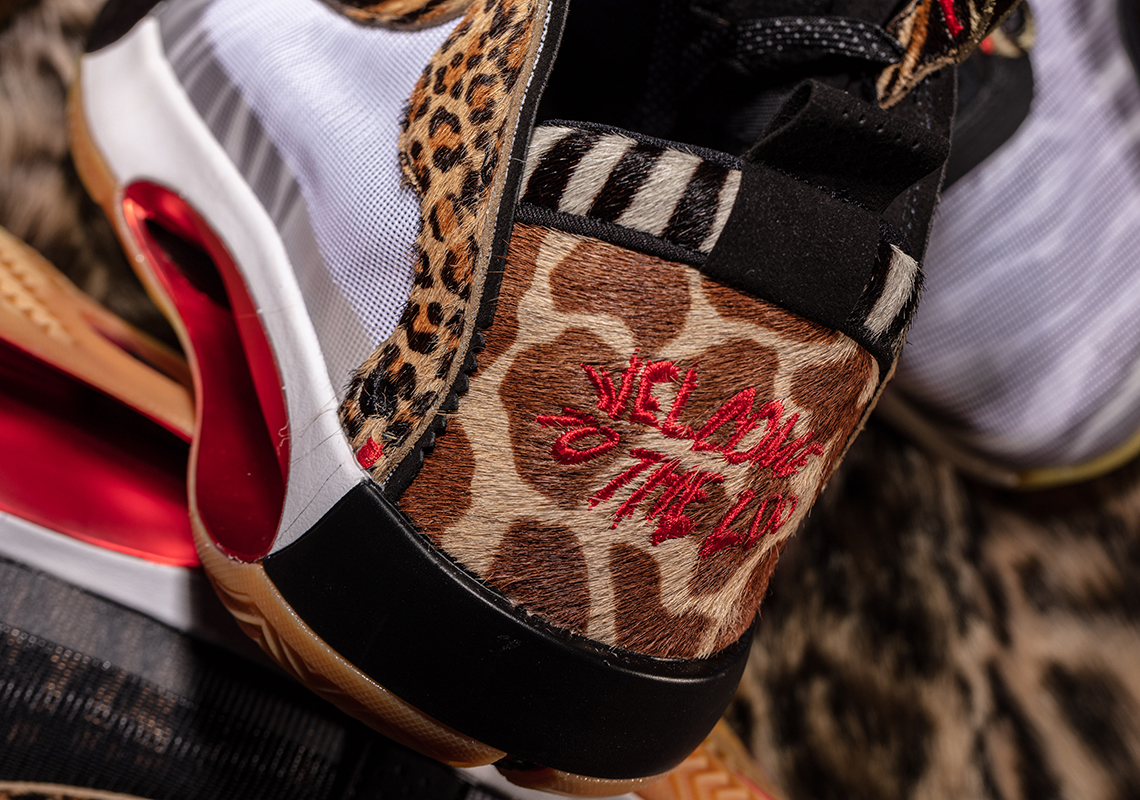