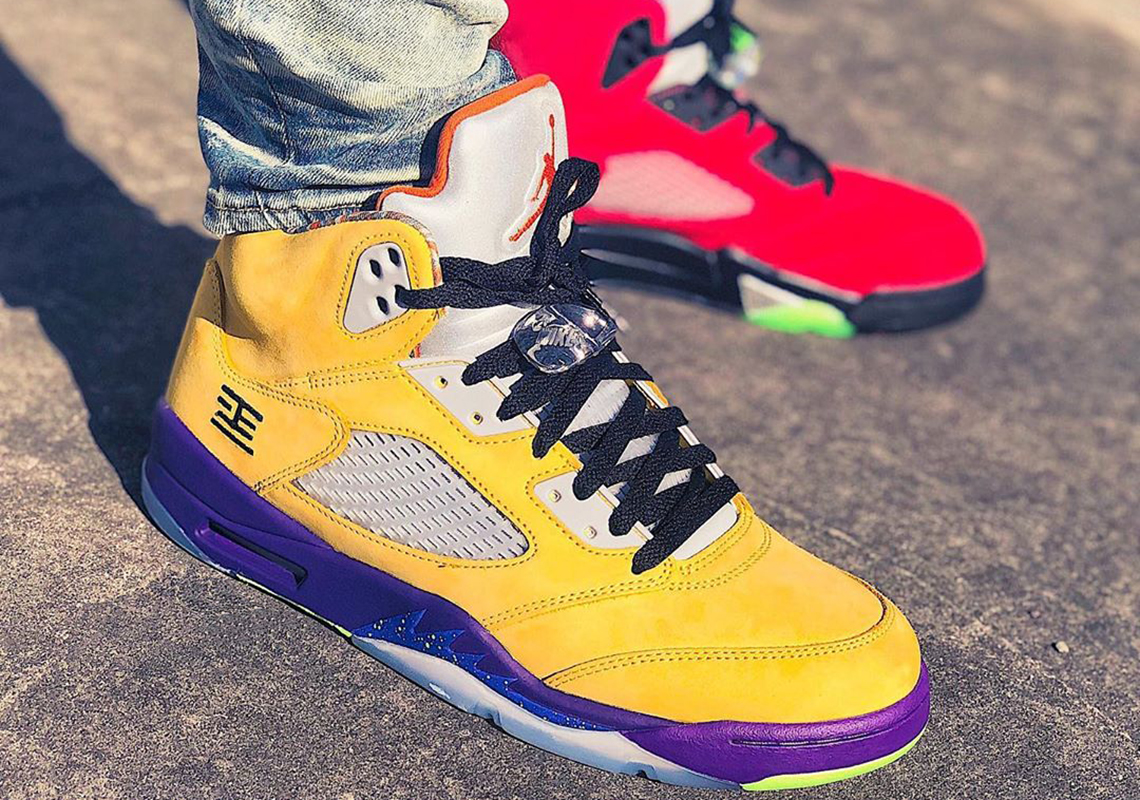 On-Foot Look At The “What The” Air Jordan 5

Elaborating on what its “Top 3” complement started, the “What The” Air Jordan 5 effectively mixes colorways in a fashion far more bold, using both the feet as well as the adjacent details to further celebrate some of the silhouette’s brightest and most iconic appearances.

Here both the “Raging Bull” and “Tokyo 23” schemes steer the helm, each dressing much of only one side. The right foot, whose Tokyo-inspired tones are marked with embroidered insignia, is contrasted abruptly both at the top line and sole — the latter delivering nods to “Bel-Air” while the former accents with patterns signature to the “Laser” offering and tongues ripped straight from the “Army Olive.” Directly opposite, red shades coat the suede construction, its heel dressed with “Shanghai” emblems; toolings then pay homage to “Quai 54” while “Green Bean” features outfit the collar.

Catch an on-foot look at these right here, and if you’re looking to pick them up, they’re rumored to release later this year on November 7th.

In other news, a Quai 54 Jordan AJNT 23 is delivers a blacked-out suitcase. 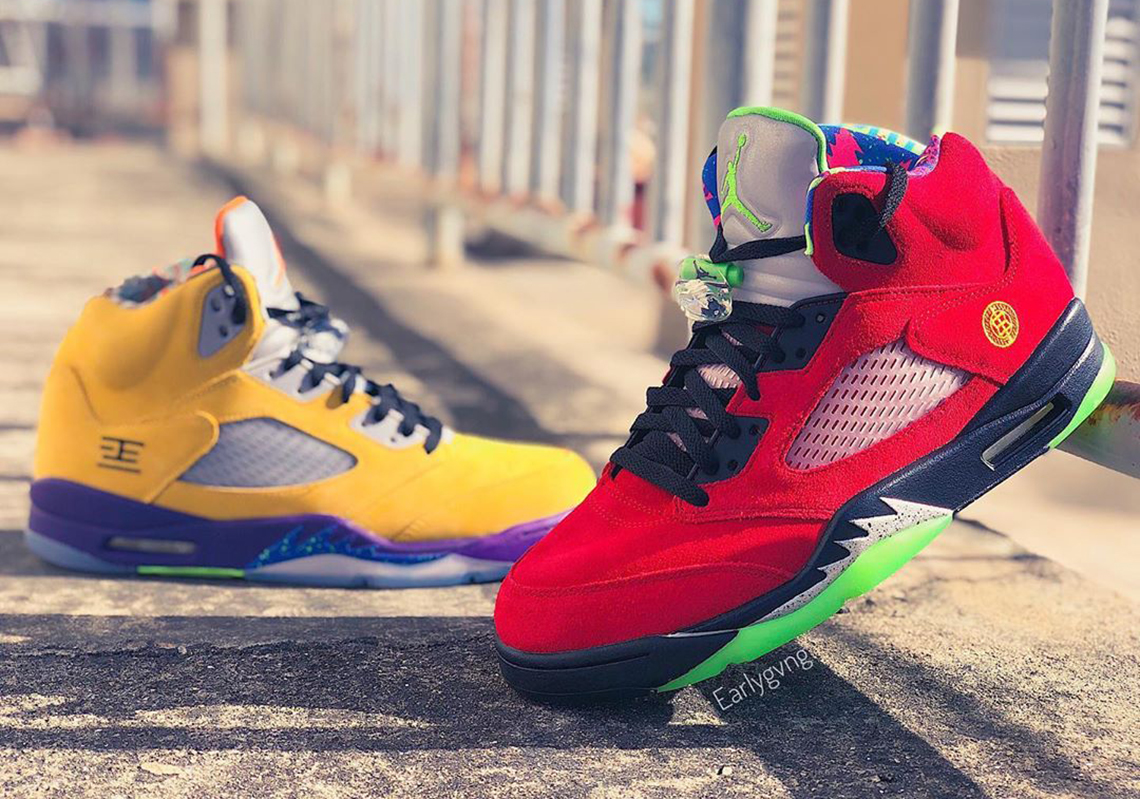 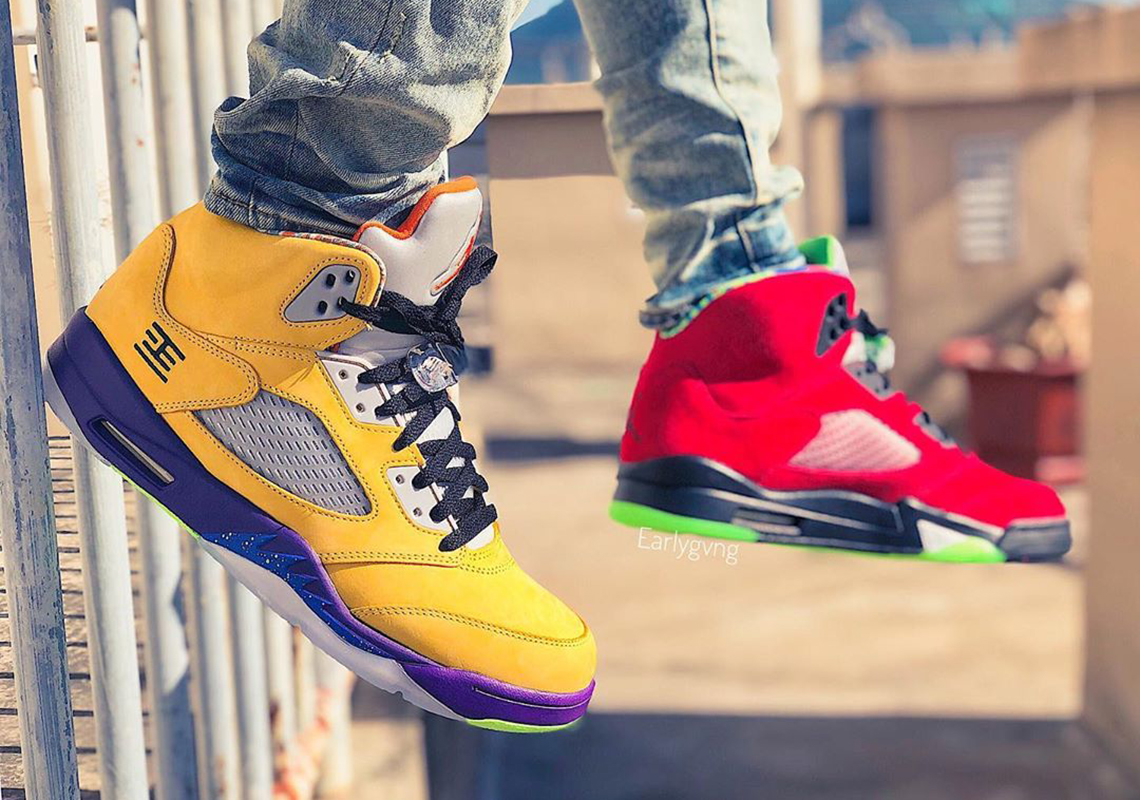 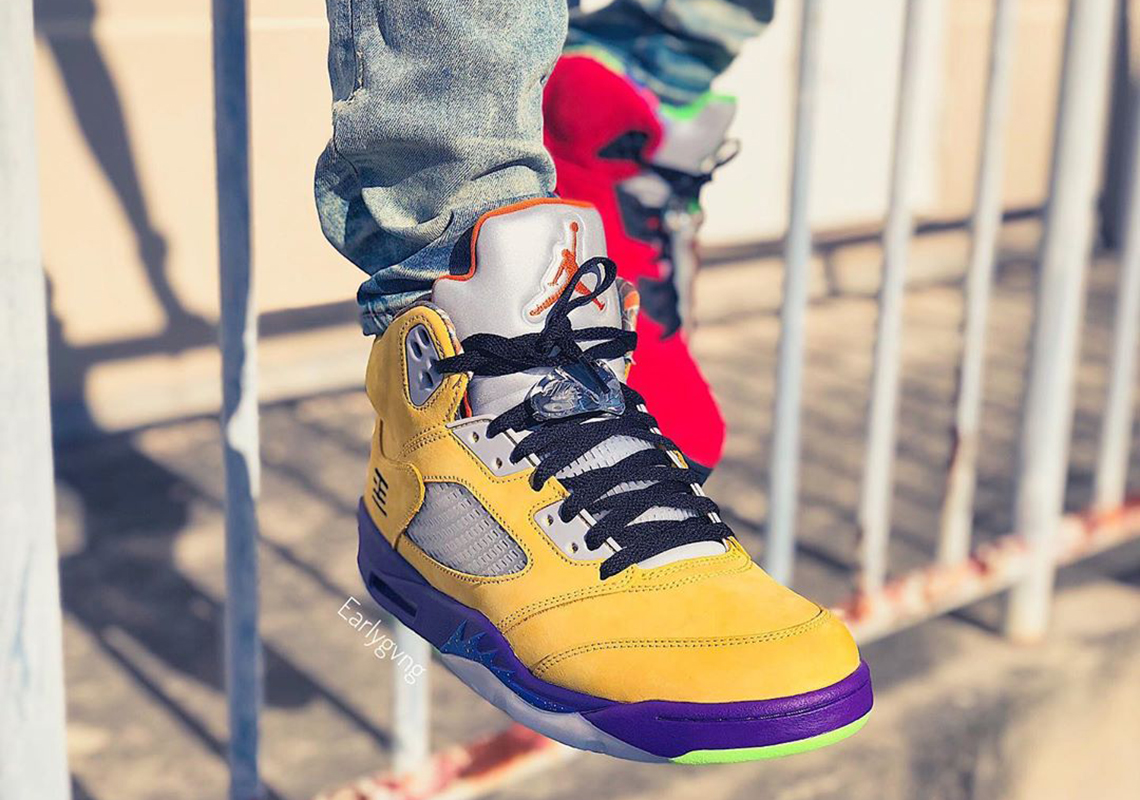 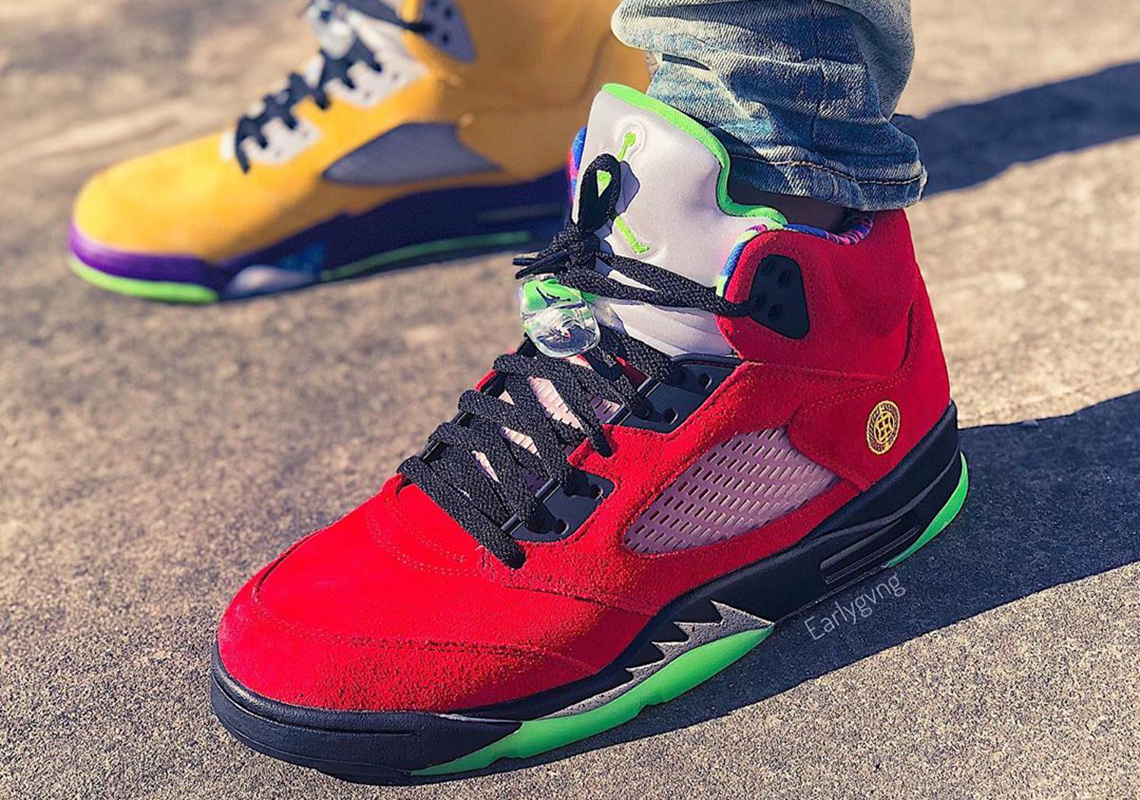 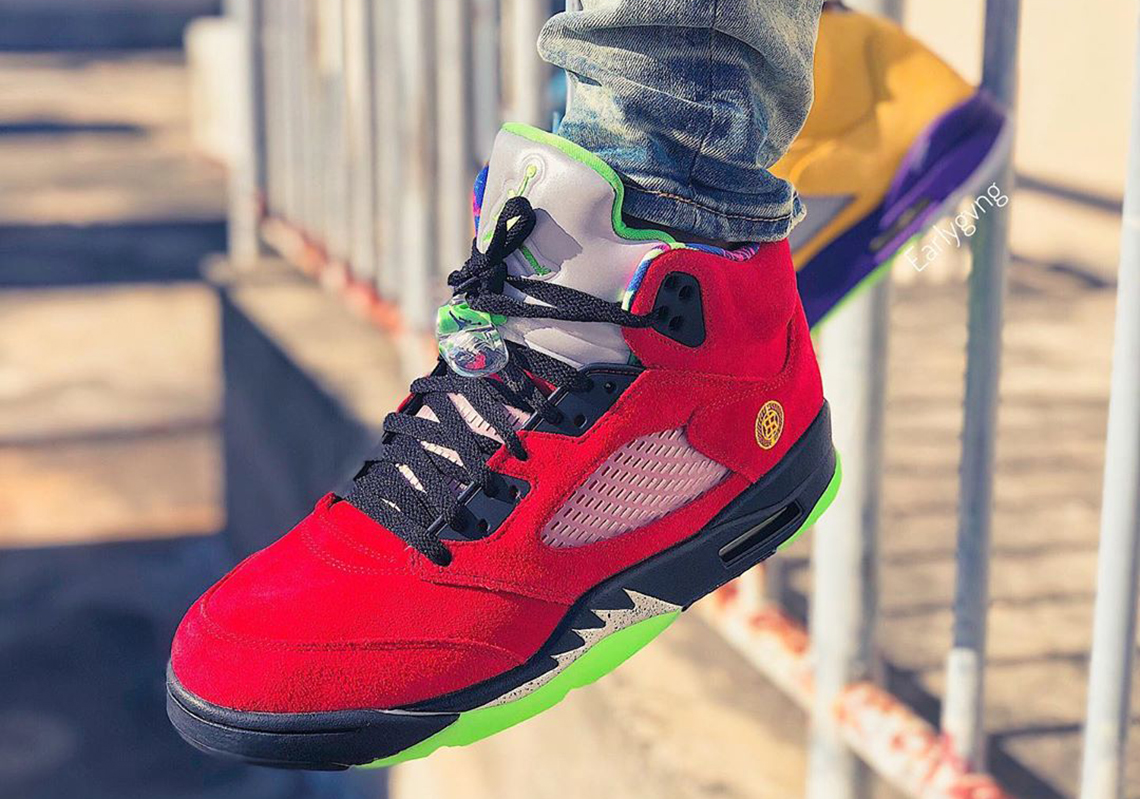 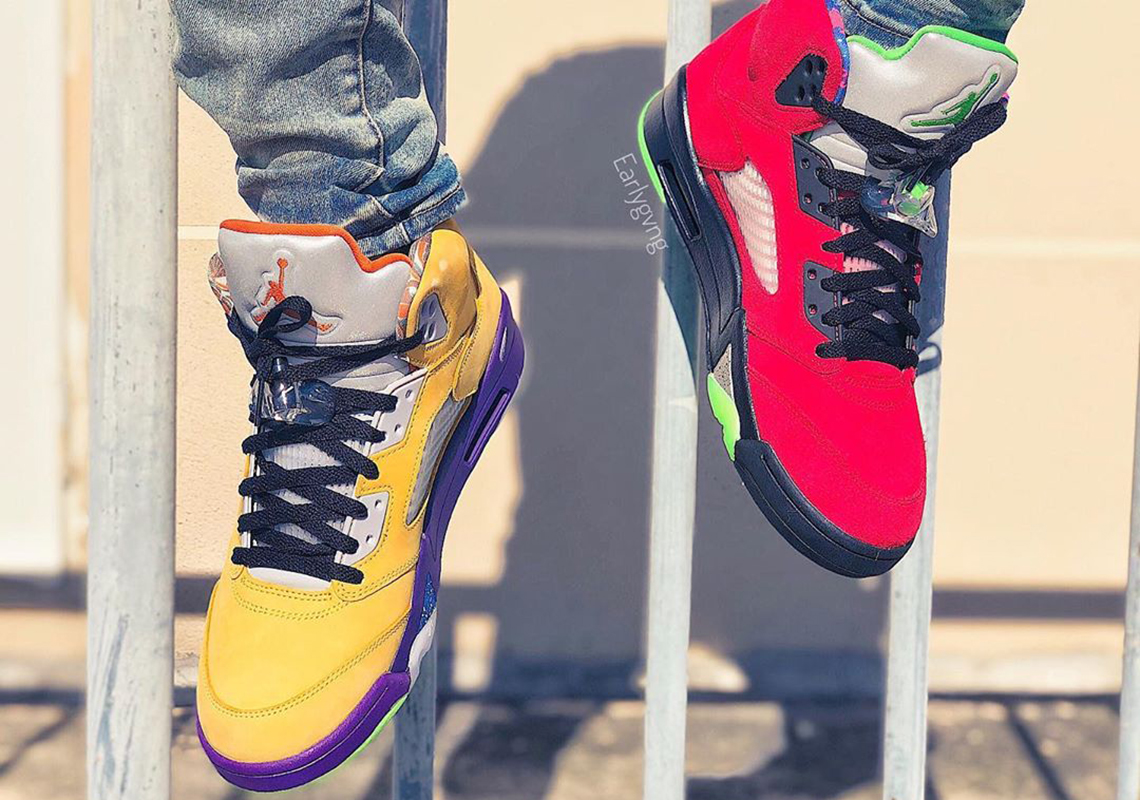 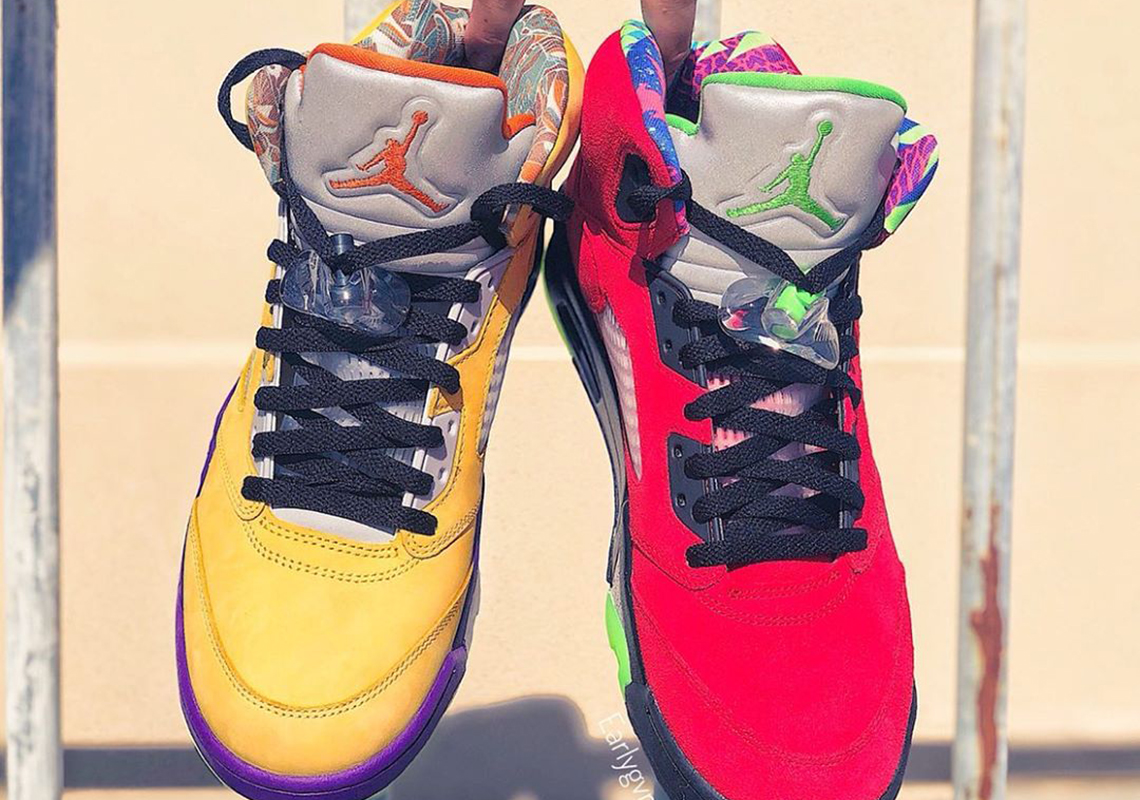 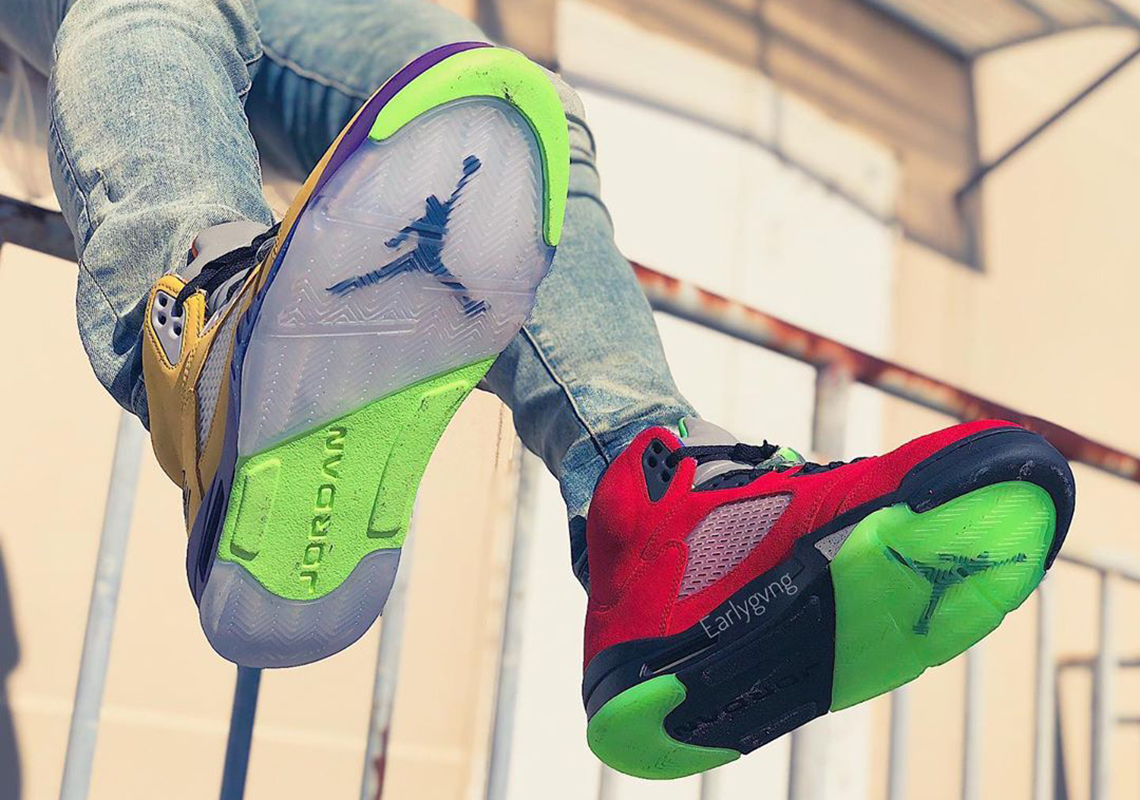