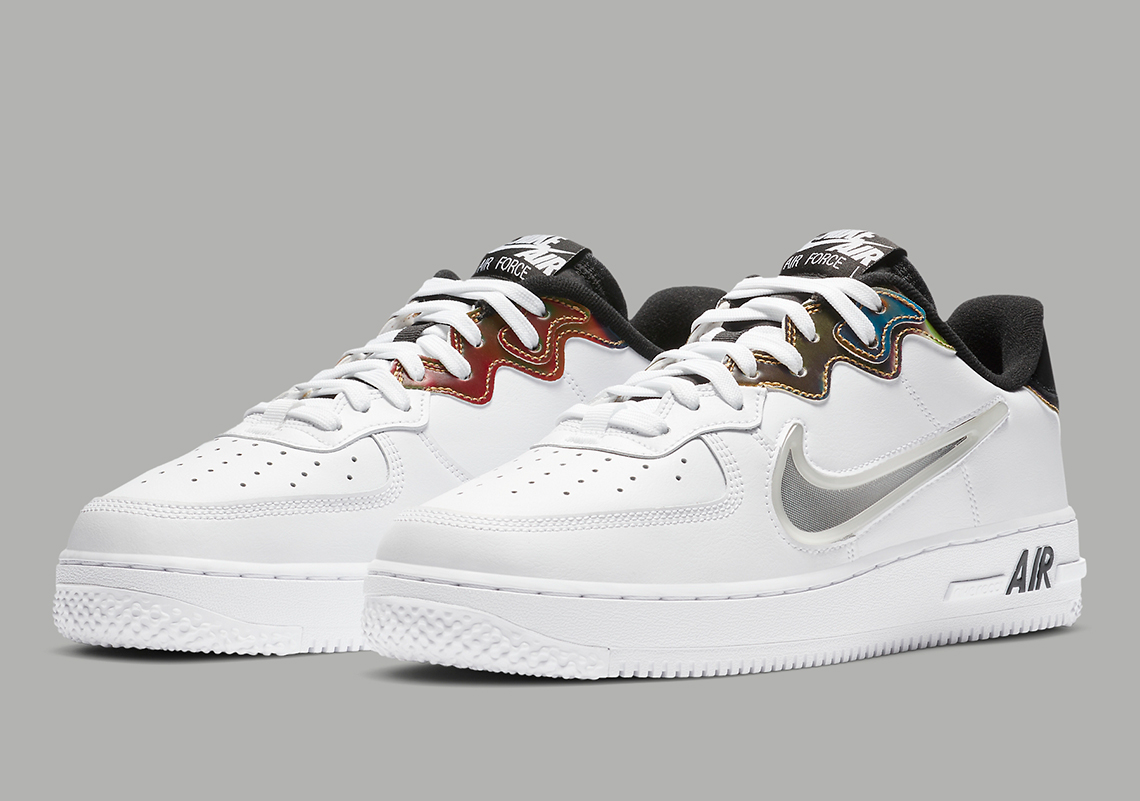 With nearly every version of the Air Force 1, there’s always a Triple White complement to a Triple Black palette and vice versa. D/MS/X, though effectively a parallel re-imaging of current day Nike, is evidently no exception to the rule as their newly constructed Air Force 1 React is set to pair the same iridescent paneling with a fresh white colorway. Familiar for the most part, the paneling generally stays within the lines of tried-and-true guidelines. But while the forefoot bears the typical perforated toe box and matching cap, the constructions behind aim for something far more minimal and stripped down. Stitched together rather than layered atop, these smooth leather sections mostly act as a neutral ground on which the shrunken ventilated Swoosh and layered eye stays can further stand out. The latter’s hits of yellow, pink, and even a treated brown make up for where the upper lacks in terms of color, sandwiched between two understated shades. Grab an official look at these here and sit tight for their incoming release on Nike.com.

In other news, a SNKRS Air Max 1 is coming soon. 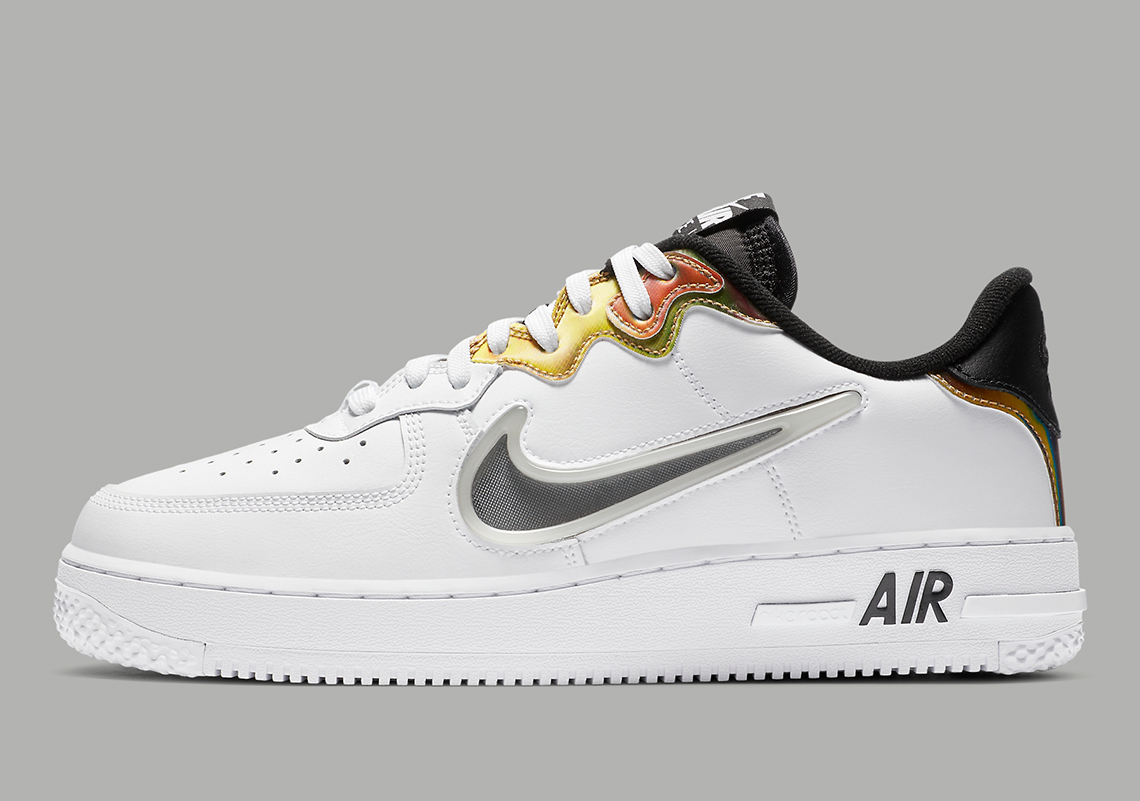 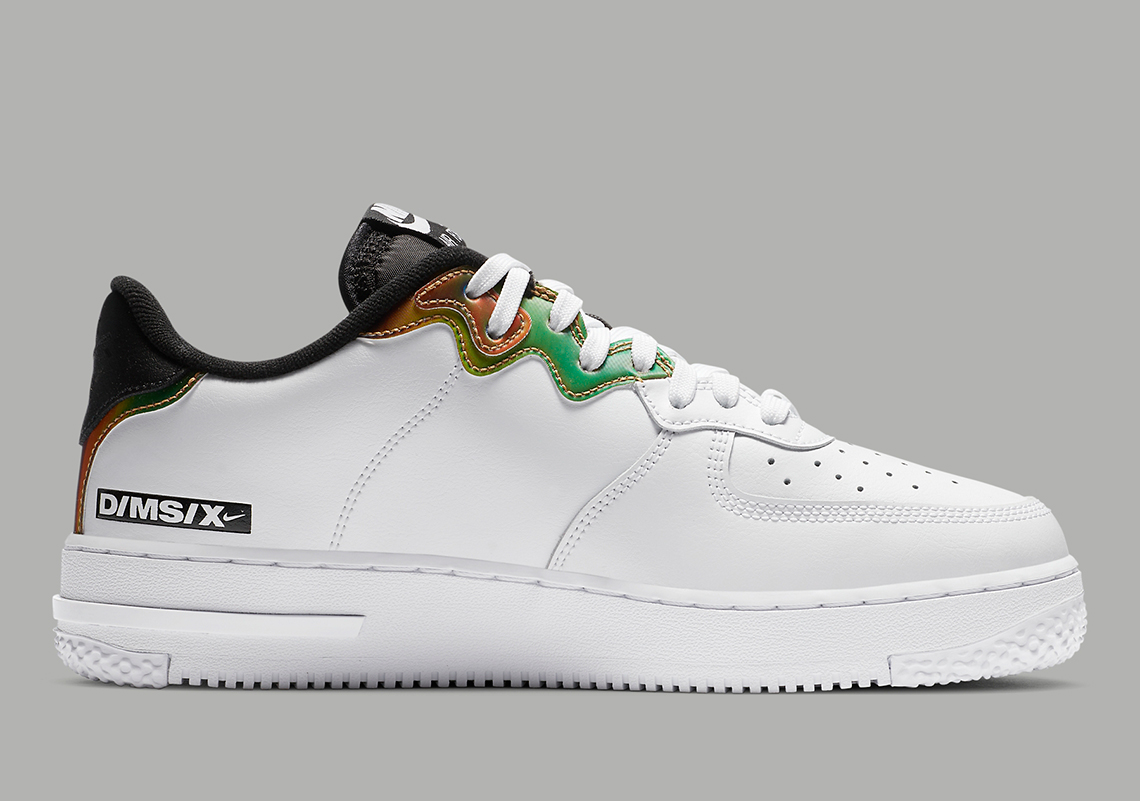 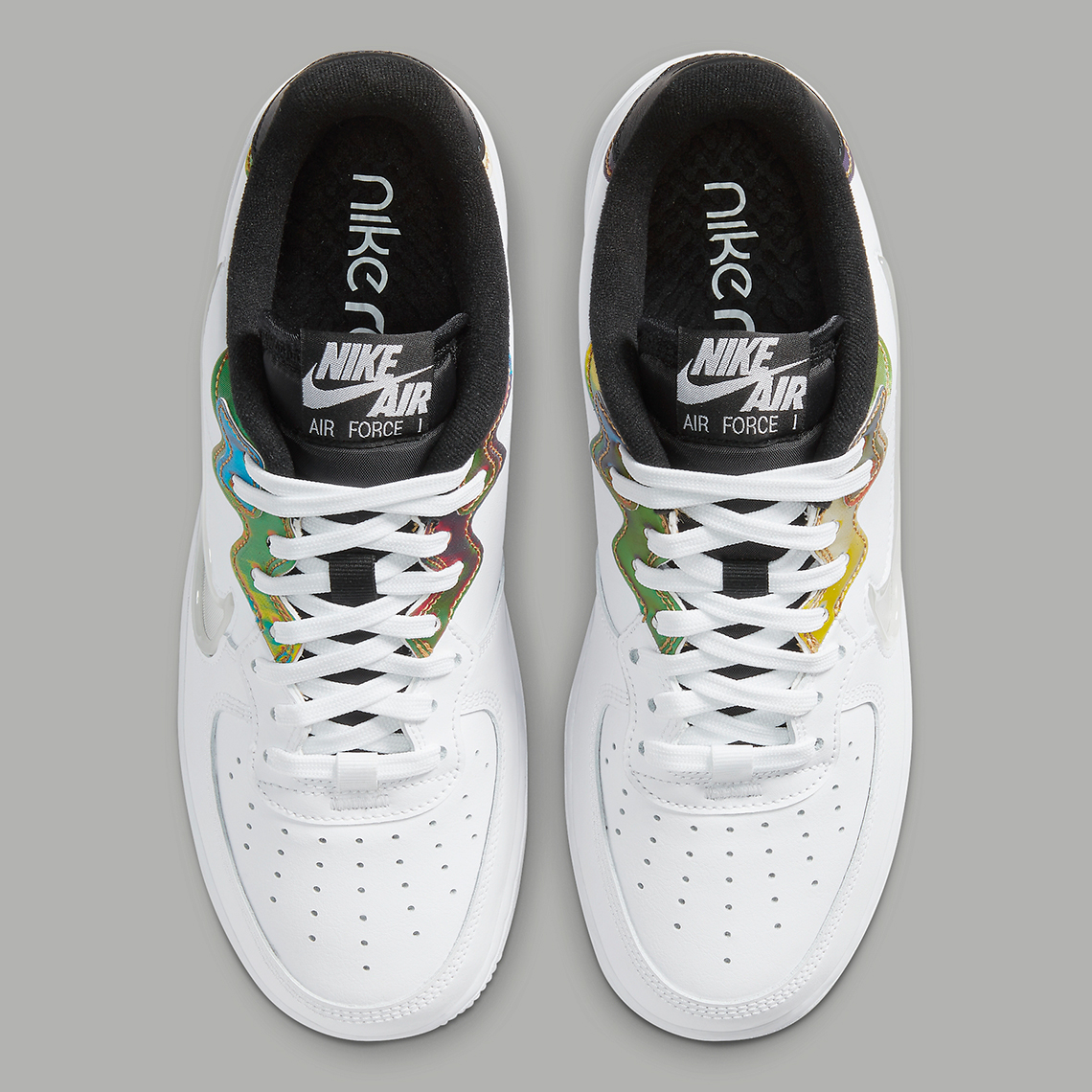 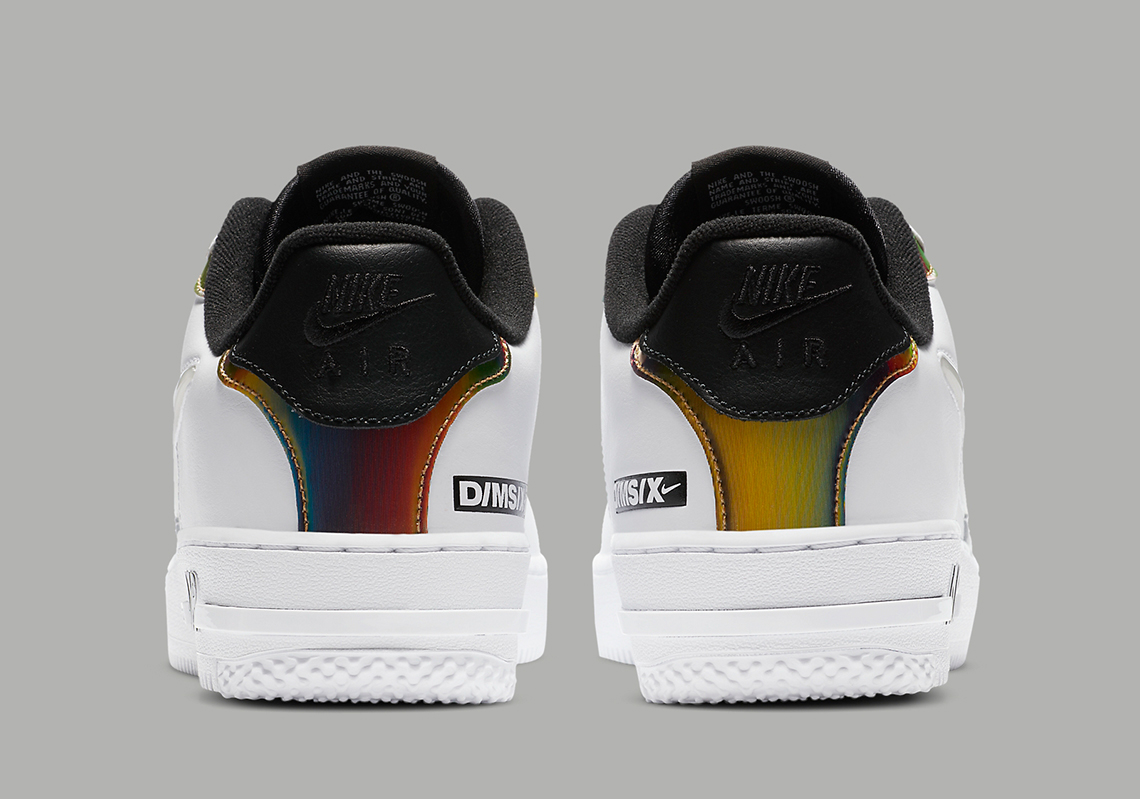 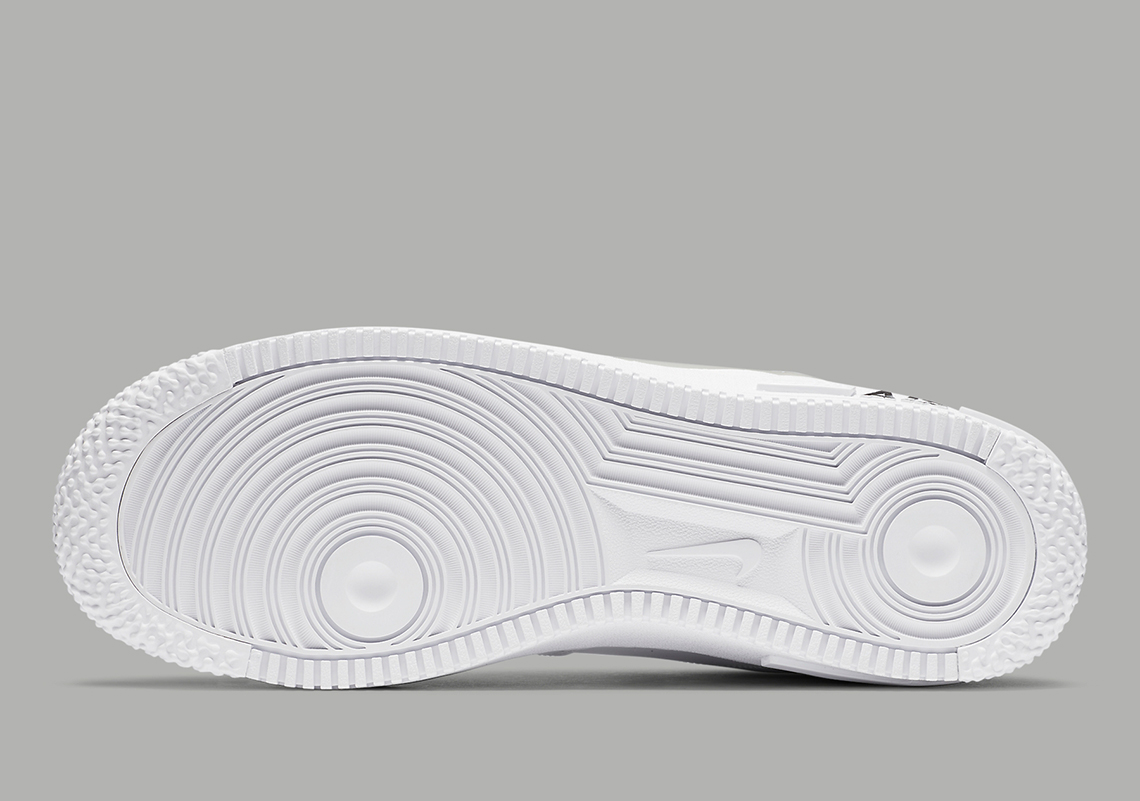 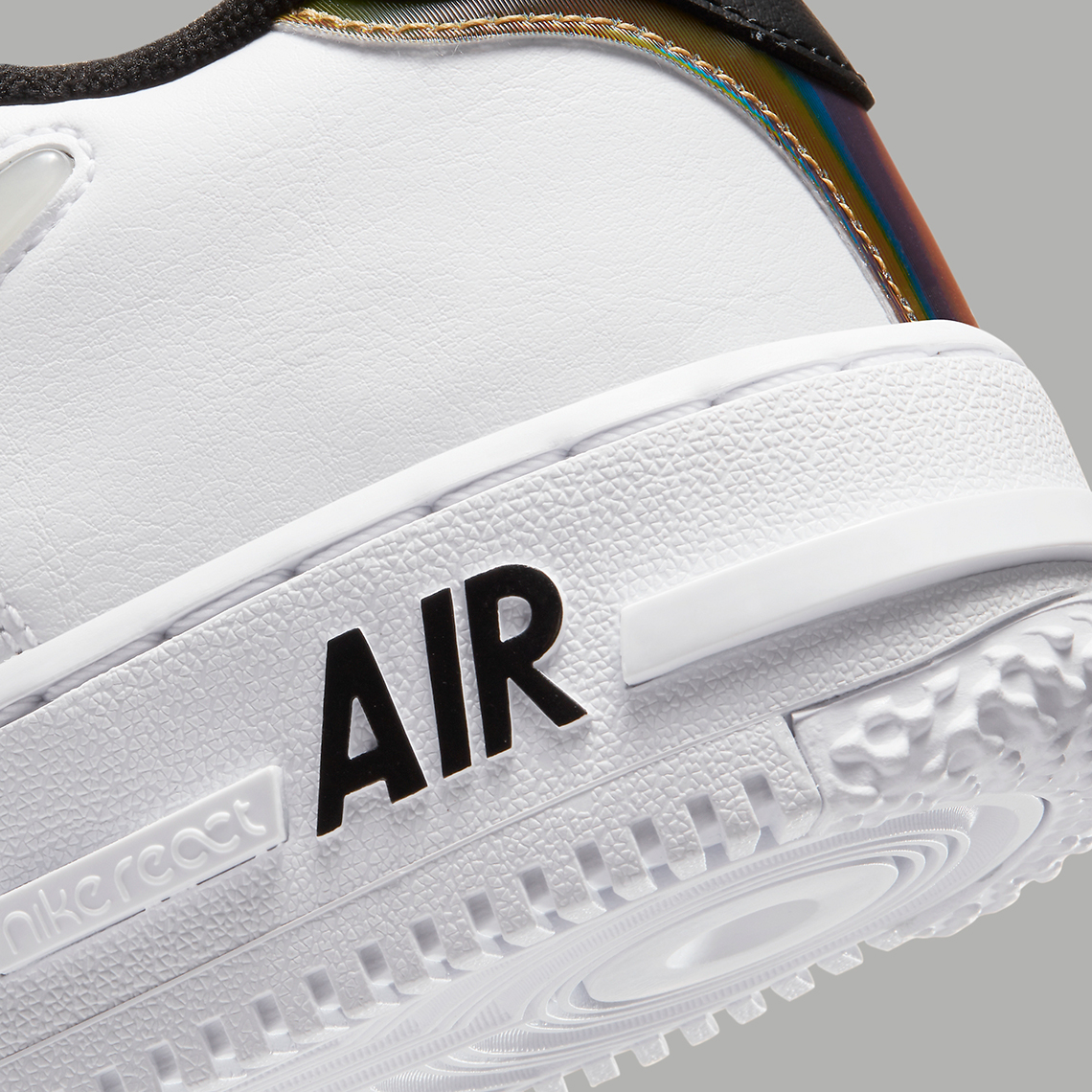 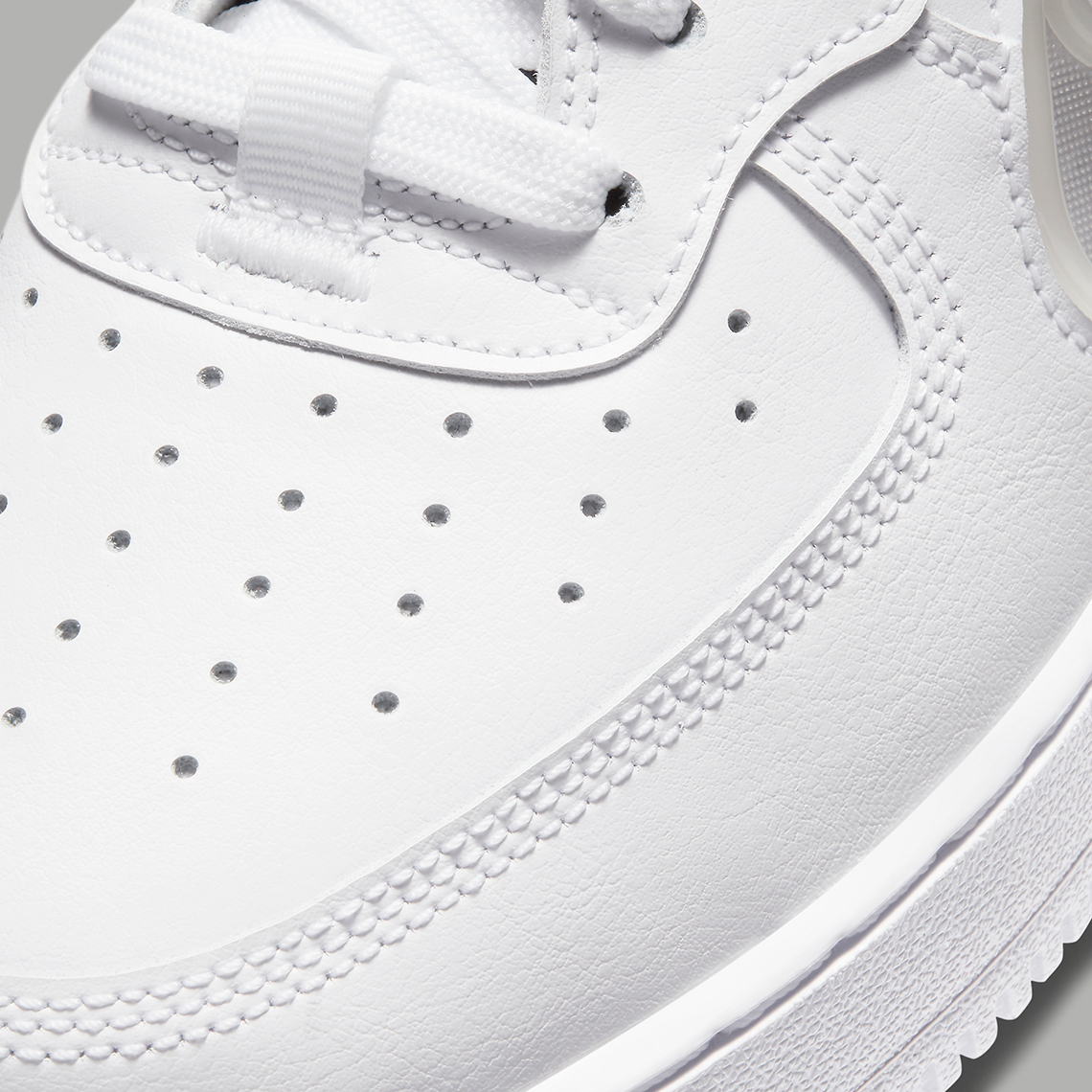