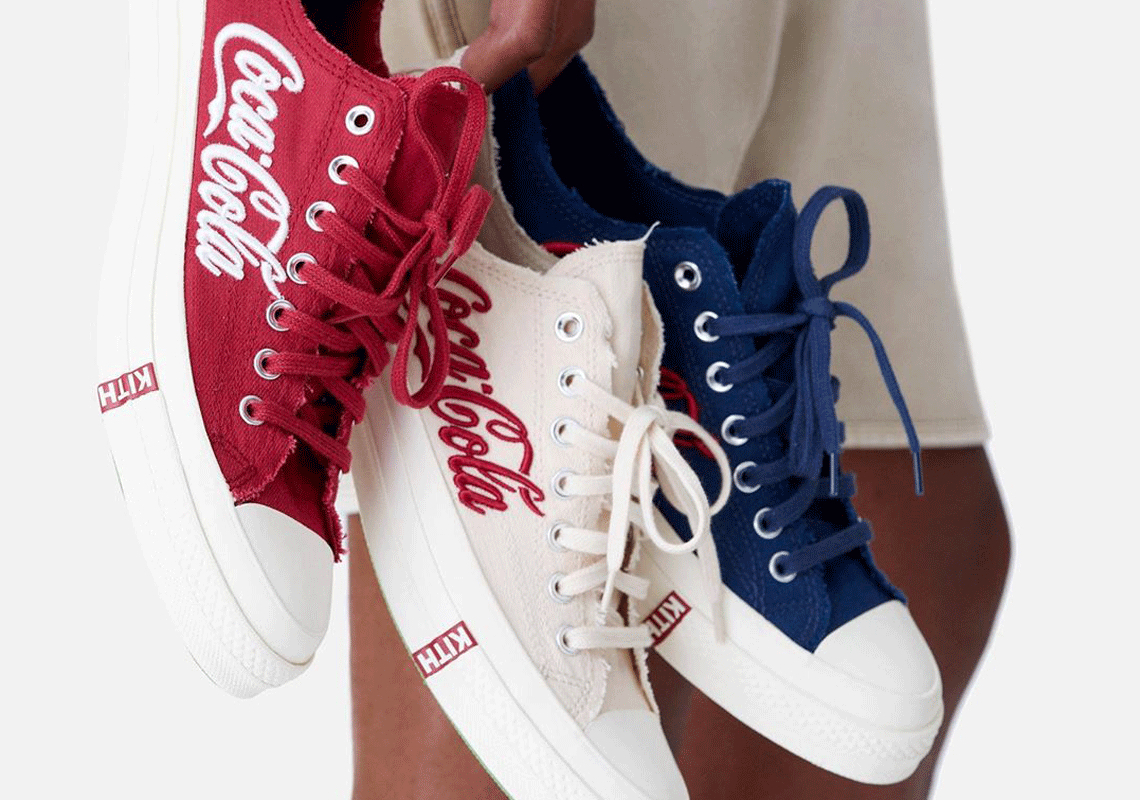 Following up a revisit of his first ASICS collaboration, Ronnie Fieg has recently announced the next chapter in KITH, Coca-Cola, and Converse’s three-way partnership: a Chuck 70 Low trio.

While a departure in height from the three institutions’ previous joint-efforts, the low-top Chuck 70 set indulges in arrangements going back to 2017. Raw-edge canvas uppers boast either red, navy, or cream tonal color schemes with either white or red “Coca-Cola” branding on the profiles. Hardware is kept neutral and appeals to vintage sensibilities given their polished silver finish. Underfoot, as with previous releases co-signed by all three companies, sole units indulge in a classic white hue accented with scarlet “KITH” branding towards the forefoot. Teaser images don’t reveal multi-colored outsoles, but such a design choice is still possible given the shoes’ impending drop during summer.

Grab another look at the first Chuck 70 Low by KITH and Coca-Cola below as you wait for full release details.

Elsewhere, the Boston-based NIKE, Inc. subsidiary has another Fear Of God collaboration in the works.