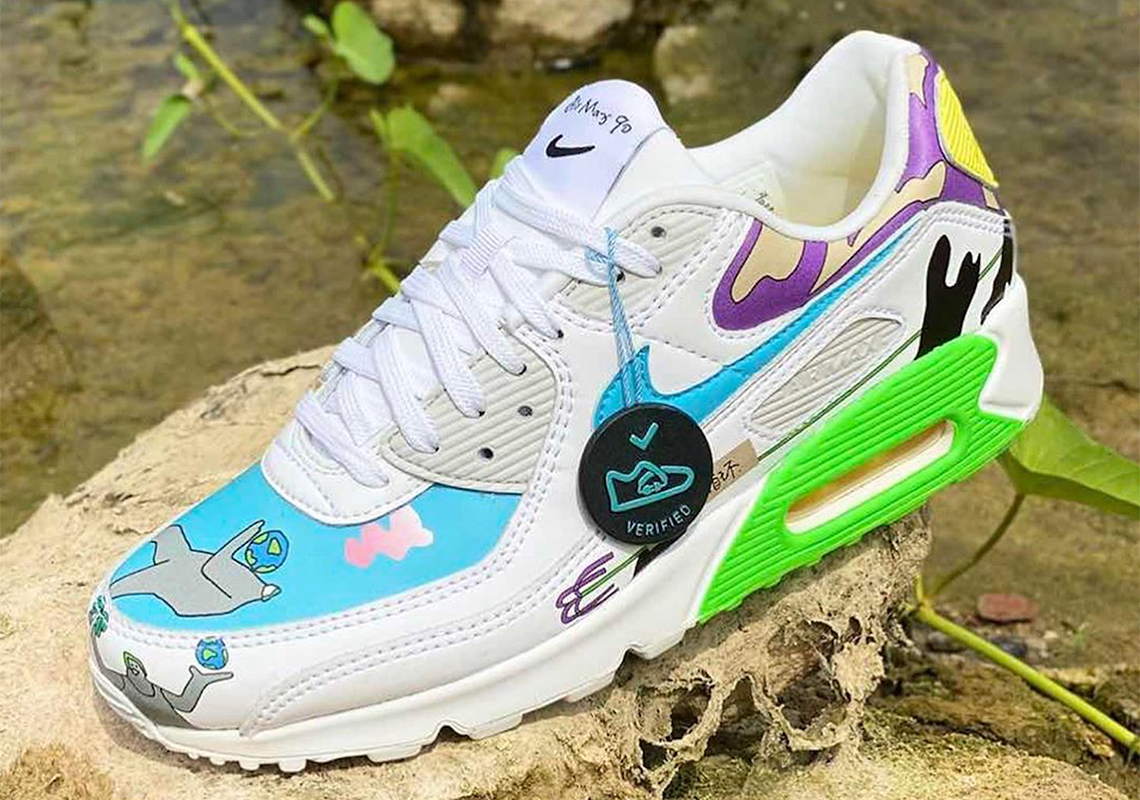 Ruohan Wang, the artist whose Air Force 1 was teased not too long ago, seems to be brewing a collaborative collection with Nike far bigger than just one silhouette. Teased only recently, Wang is set to draw atop the leathers of the Air Max 90, bringing motifs similar to the aforementioned though distinct enough in its specific artwork and placements.

While the colorway itself is achromatic — relying mostly on white neutrals and creams — the various additions make up for what the palette lacks as they deliver sky blues, saturated greens, and even some louder purple hues. The toe box, which sprawls with Sky Blue in entirety, paints a picturesque backdrop marked with eclectic pink clouds and an Atlas figure complete with Earth in hand. The stone-colored character then dresses the toe cap alongside, while the backward-placed paintings opt for less specific shapes, minimal florals, and further tweaks on the scenery above.

Grab a detailed look at these right her and sit tight as we await word on its upcoming release.

In other news, KITH Coca-Cola Chuck 70s are on their way back. 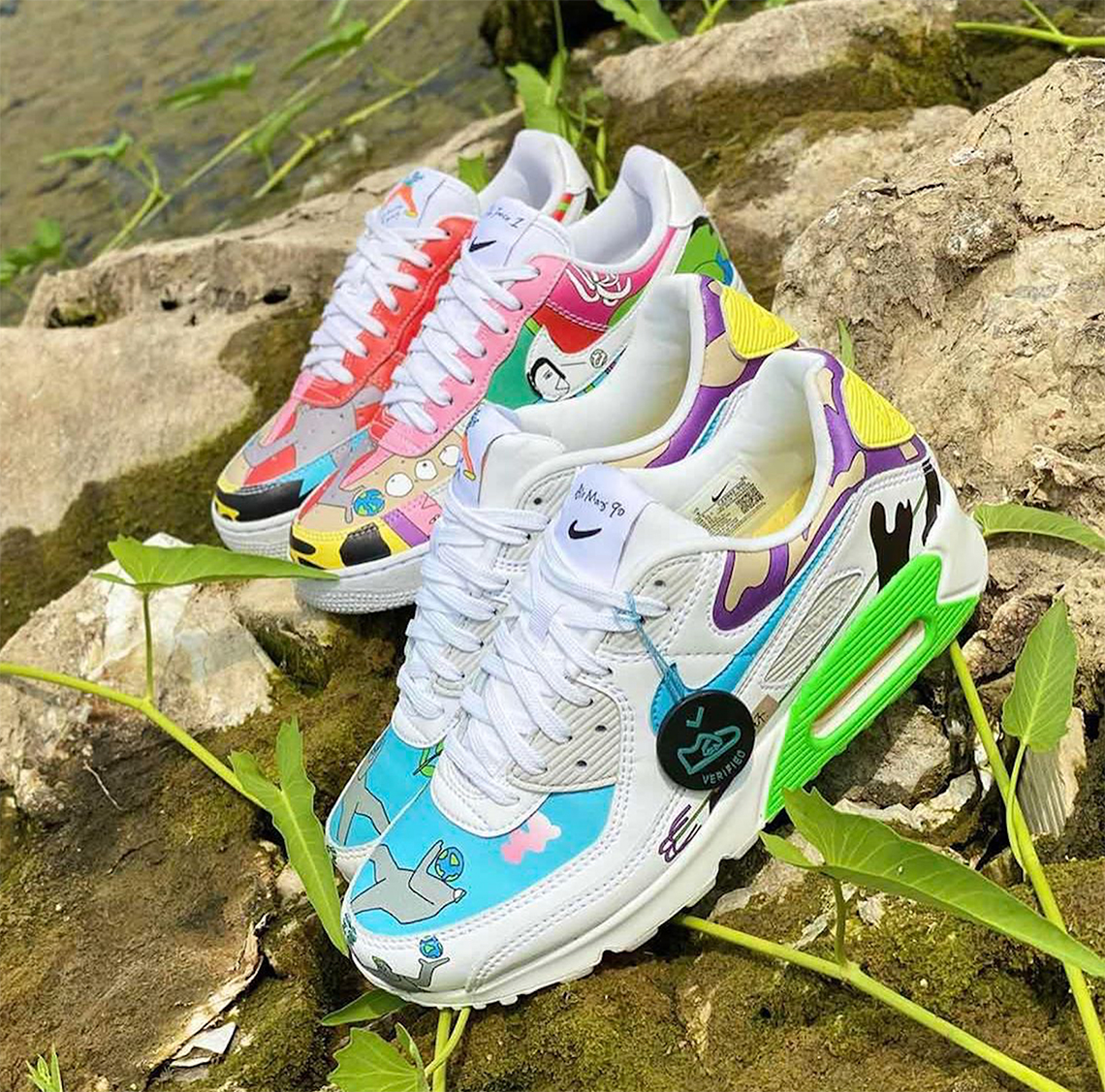 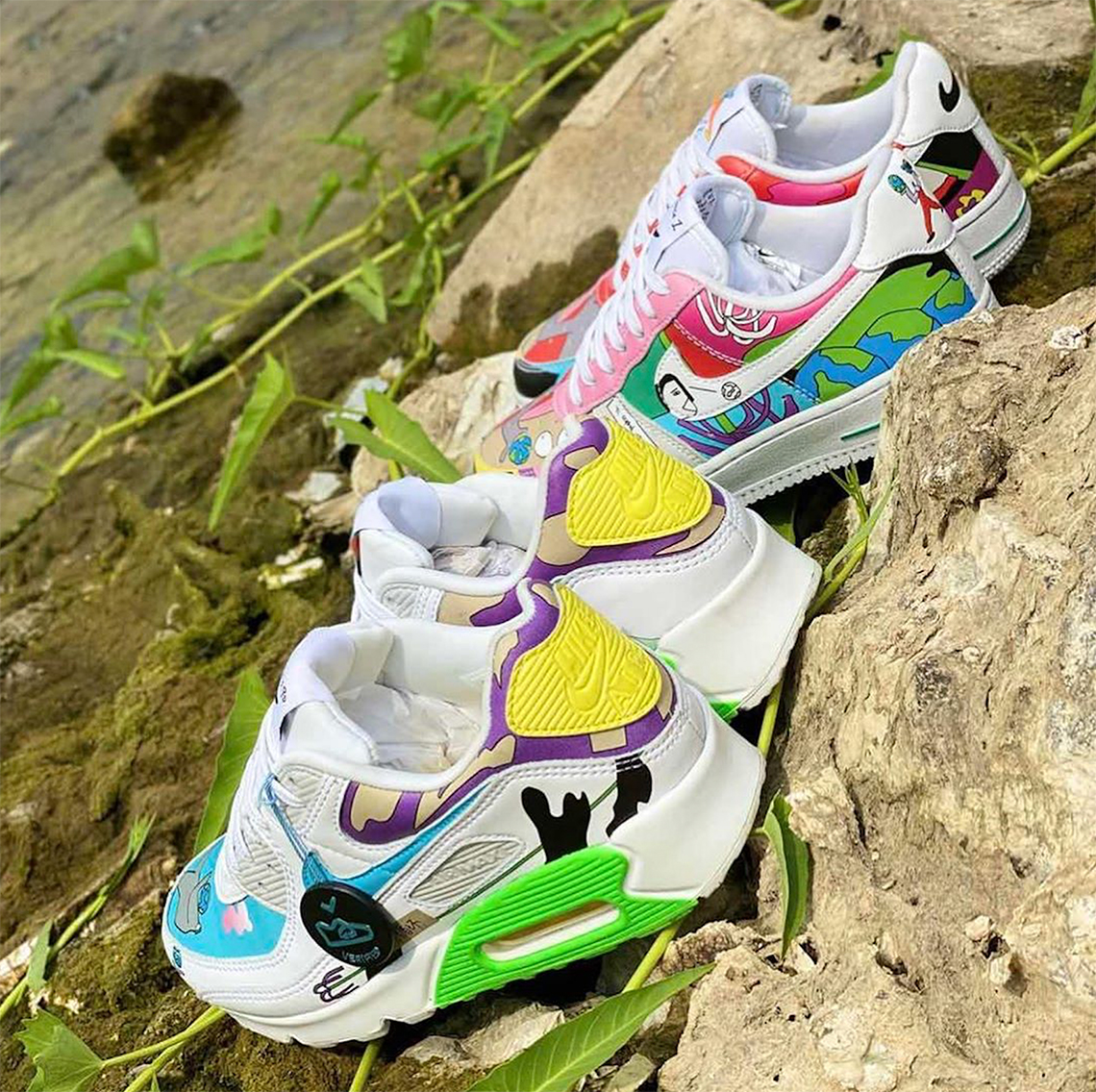