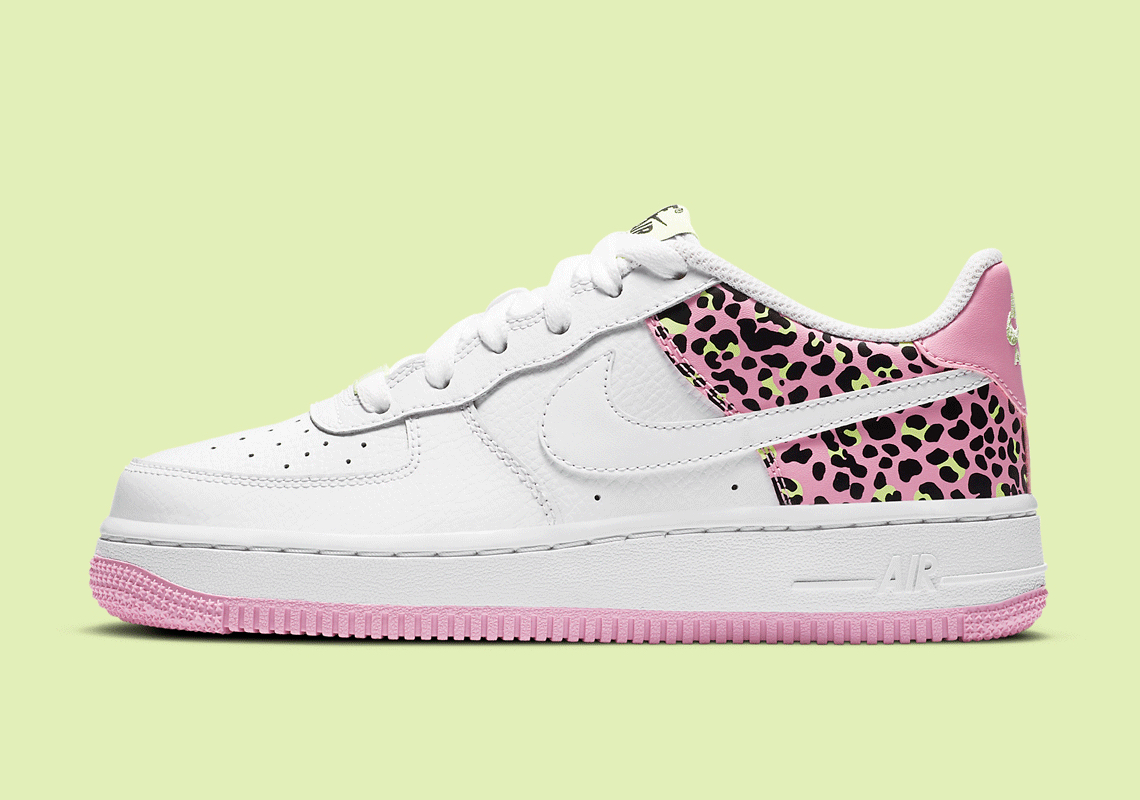 From odes to New York City basketball to contributions to its brand’s “Move to Zero” campaign, the Nike Air Force 1 has had an eventful 2020. Its latest iteration – a kid’s-exclusive – indulges in a statement-making color palette accompanied by equally-bold leopard print patterns.

As with their inaugural arrangement, uppers and sole units are predominantly clad in “White”, setting the stage for “Pink Rise” and “Barely Volt” detailing. The former hue takes over the Air Force 1 Low‘s made-for-the-hardwood tread, heel panels, and branded rear overlay. The faint neon green tone complements the rose scheme across the latter color’s appearance across the heel, but also animates “AF1” lace dubraes, “NIKE AIR” branding on the tongue, and sock-liners. Leopard-reminiscent graphics below the collar boast a black palette mixed with the aforementioned vibrant hues.

Enjoy official images of this eye-catching Air Force 1 below, and head over to Nike.com right now to secure your pair for $85 USD.

For more kid’s options from The Swoosh, check out the the Air Foamposite One inspired by the Eastern Conference’s 1996 NBA All-Star Game’s uniforms. 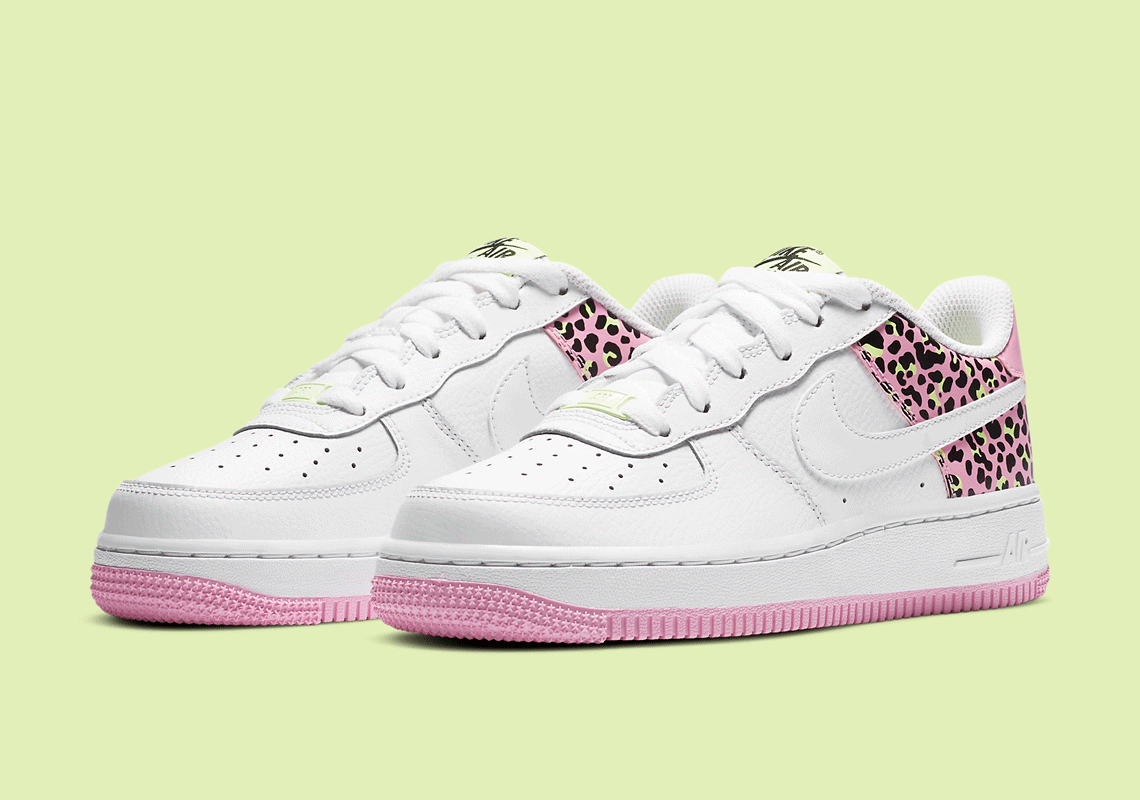 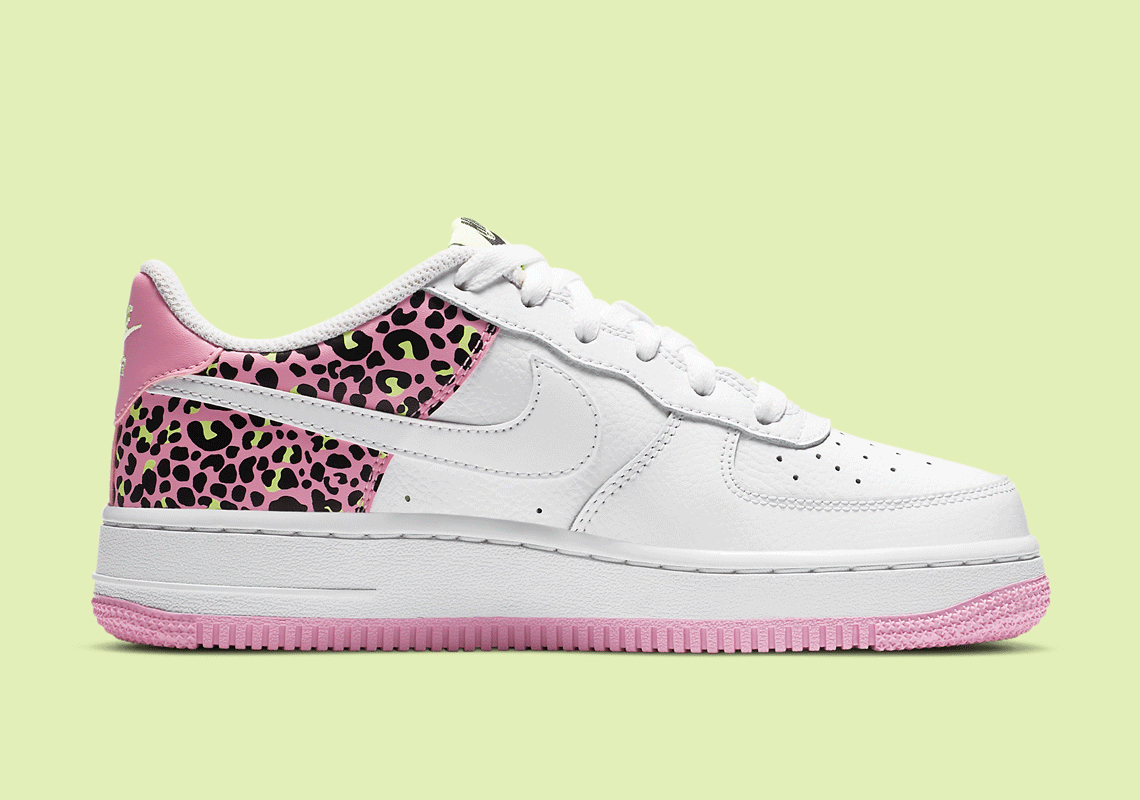 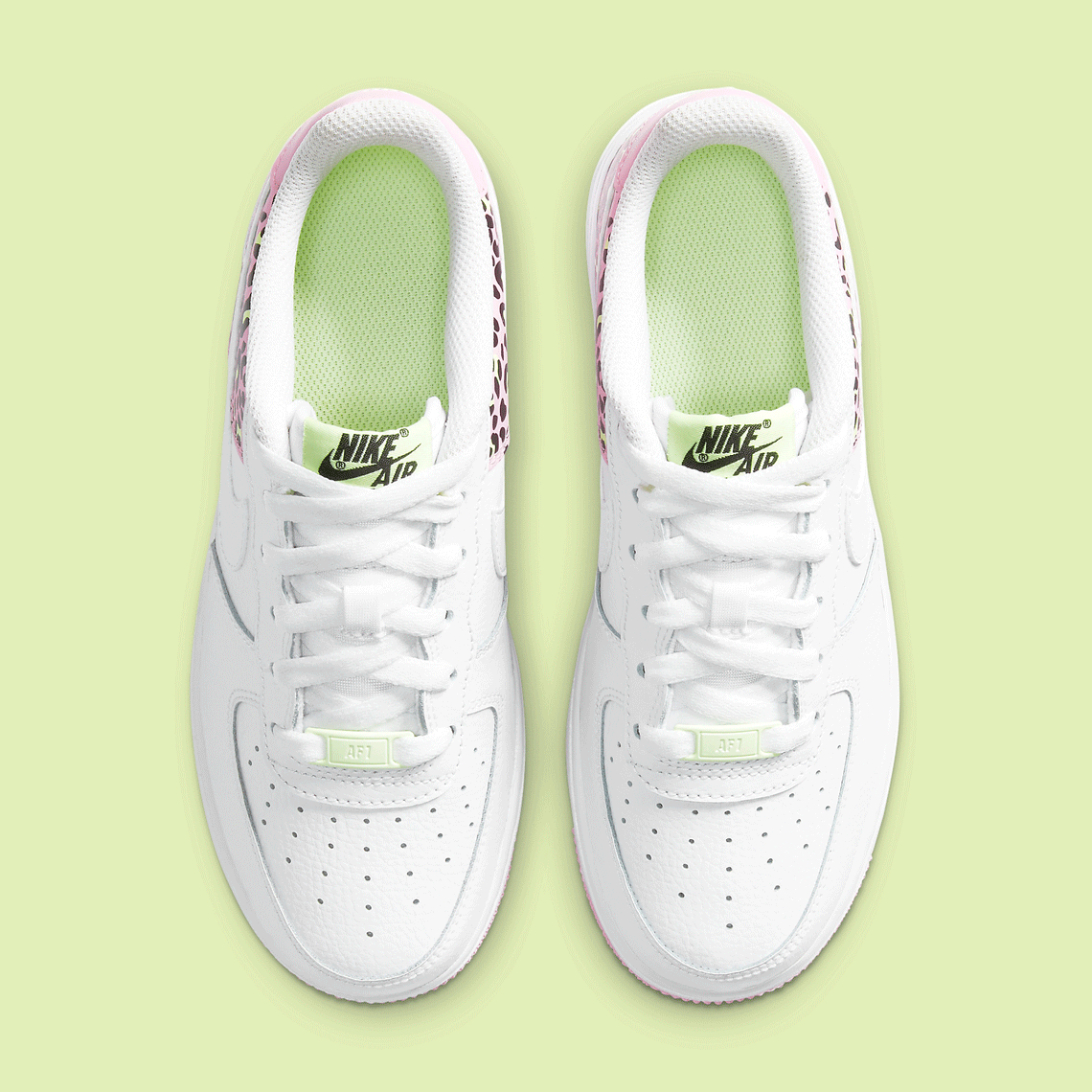 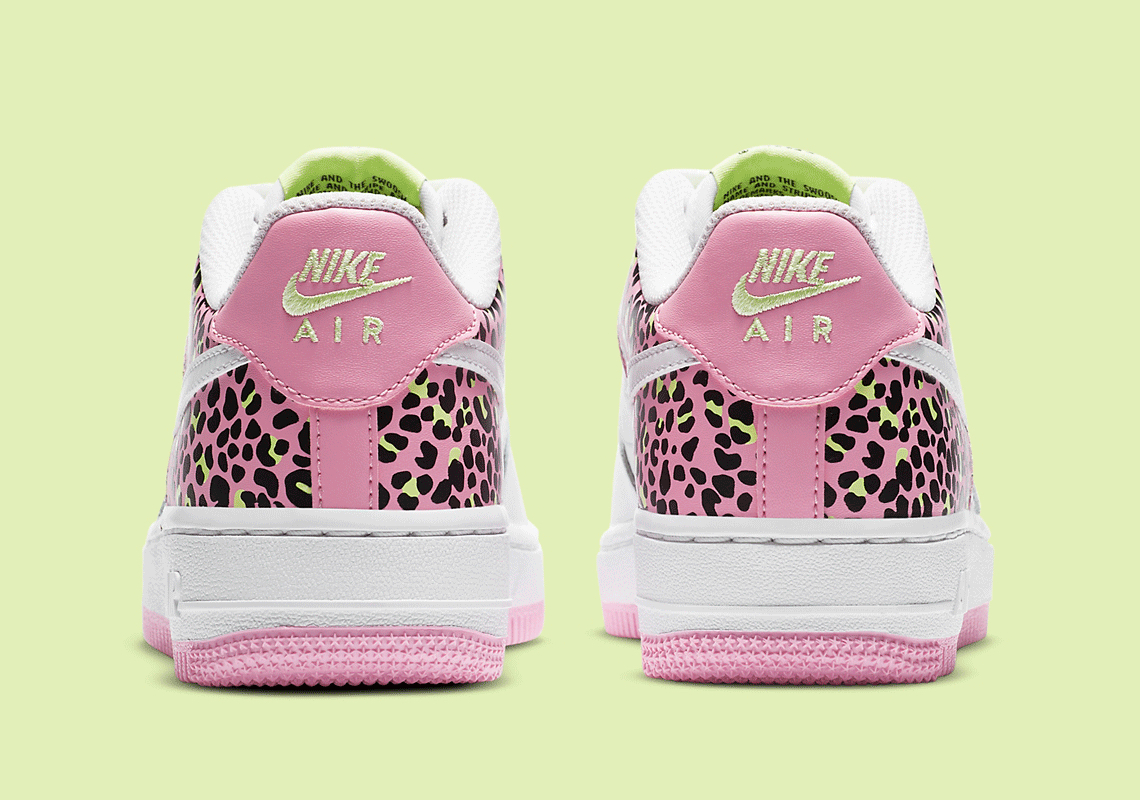 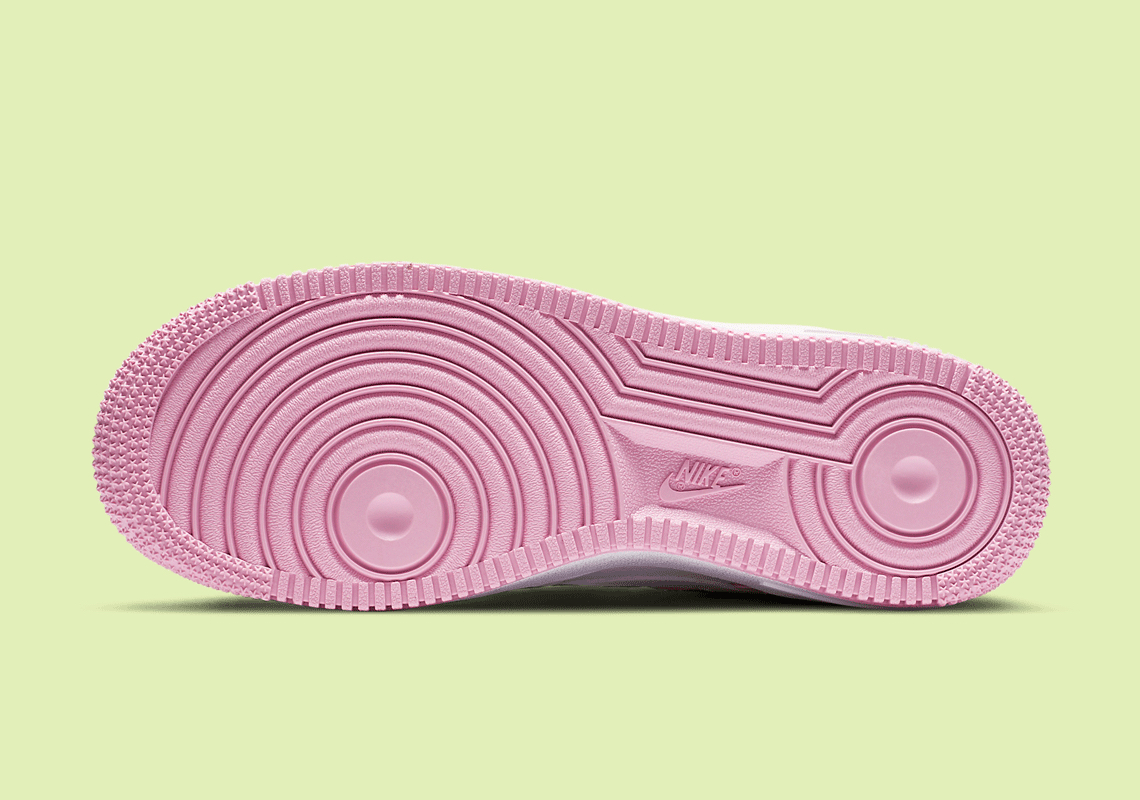 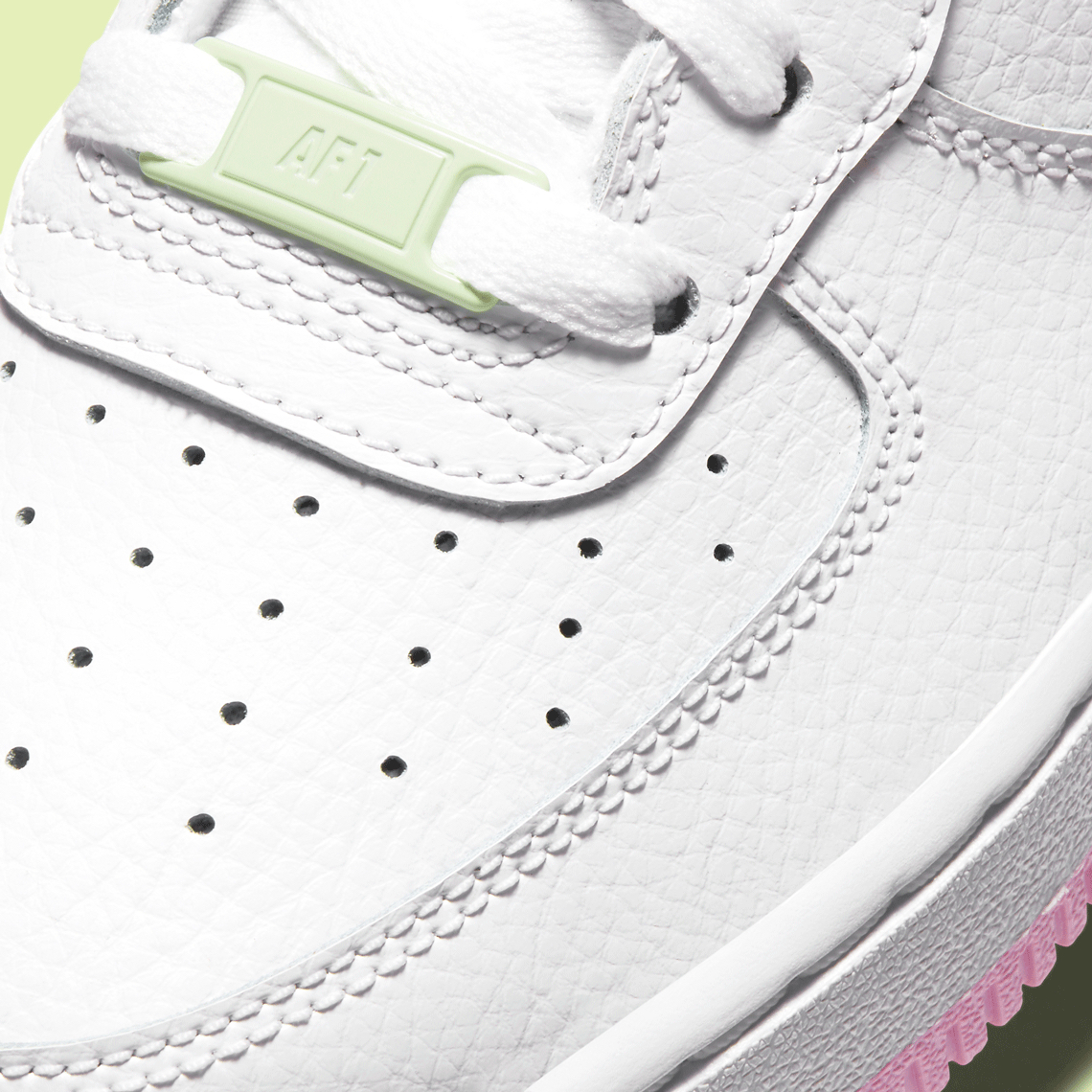 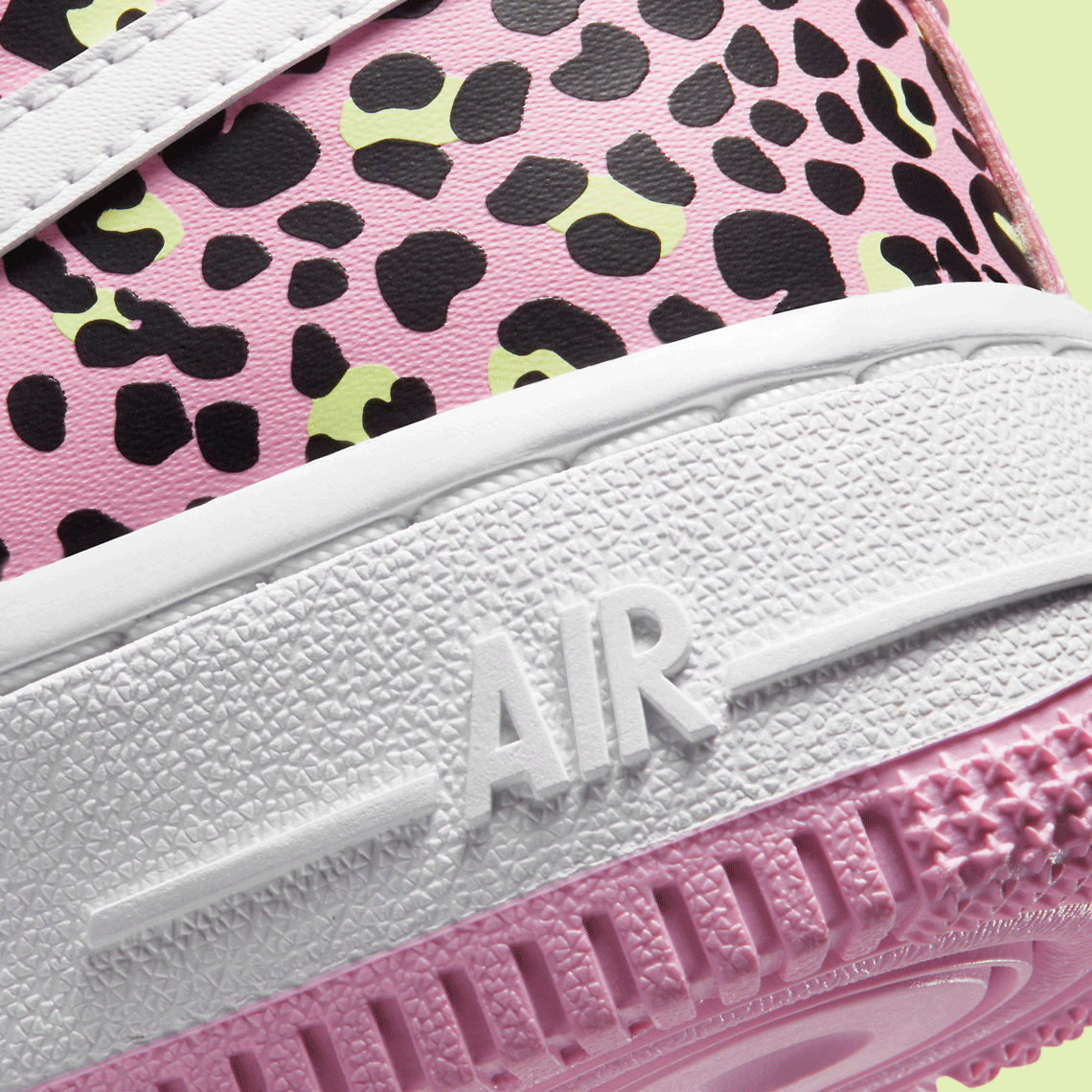