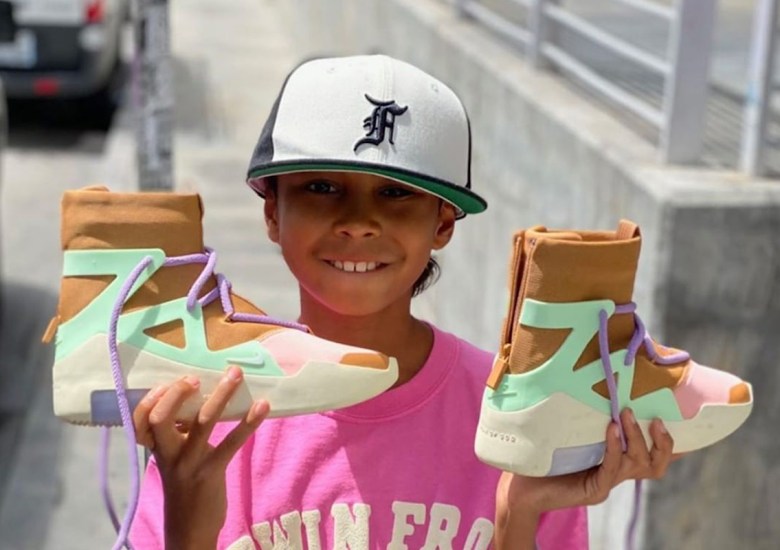 There’s no doubt that Jerry Lorenzo is creatively locked in right now as he is on the cusp of revealing his seventh collection for Fear of God on August 17th, unloading more apparel items under his ESSENTIALS sub-label, crafting special PE’s for PJ Tucker, and even working on a new footwear collaboration with Converse. Keeping things moving along on the footwear front, the streetwear designer is now revisiting his projects with Nike, more specifically for the ever-popular Air Fear of God 1. This time around though, he’s gotten his own son Jerry Lorenzo III involved with the design process by allowing him to put his own spin on the silhouette. According to an IG post from the FOG commander in chief (that he says will be deleted soon), it appears that little Lorenzo designed this particular colorway on the NBA2K video game, and Nike was kind enough to produce three pairs.

Previewed today via Lorenzo’s IG story, the makeup is easily the most colorful rendition to-date, sporting Easter-friendly pastel accents of coral toe boxes, lavender laces, and minty green caging. Furthermore, the throat and high-profile bootie are dyed to a workwear-like brown which elicits memories of the Nike Air Yeezy 1 “Net”. As of now, it’s unclear as to whether or not these will see a public delivery, but stay tuned as we learn of more information.

For other news, the UNION Air Jordan apparel collection has been unveiled in full. 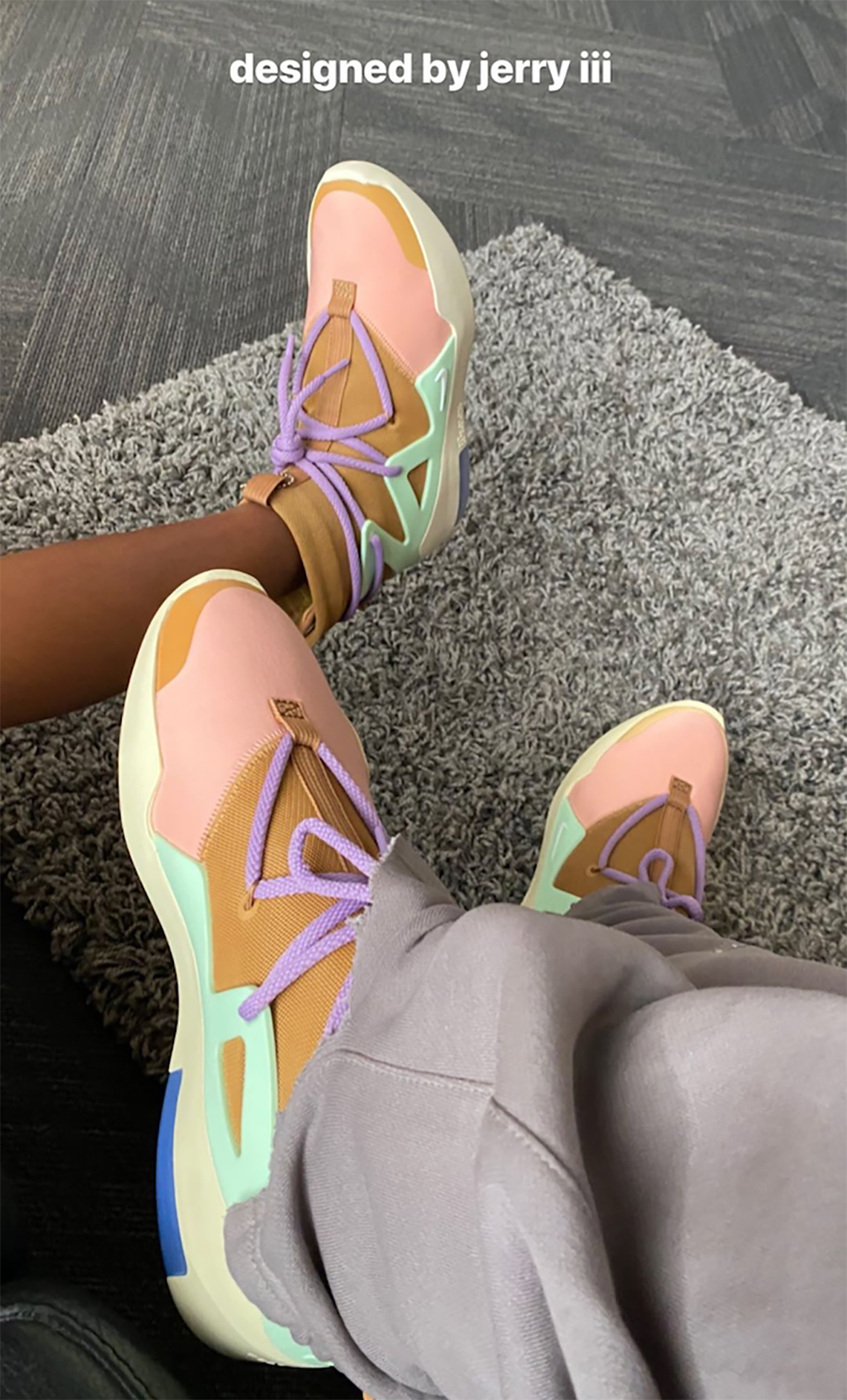 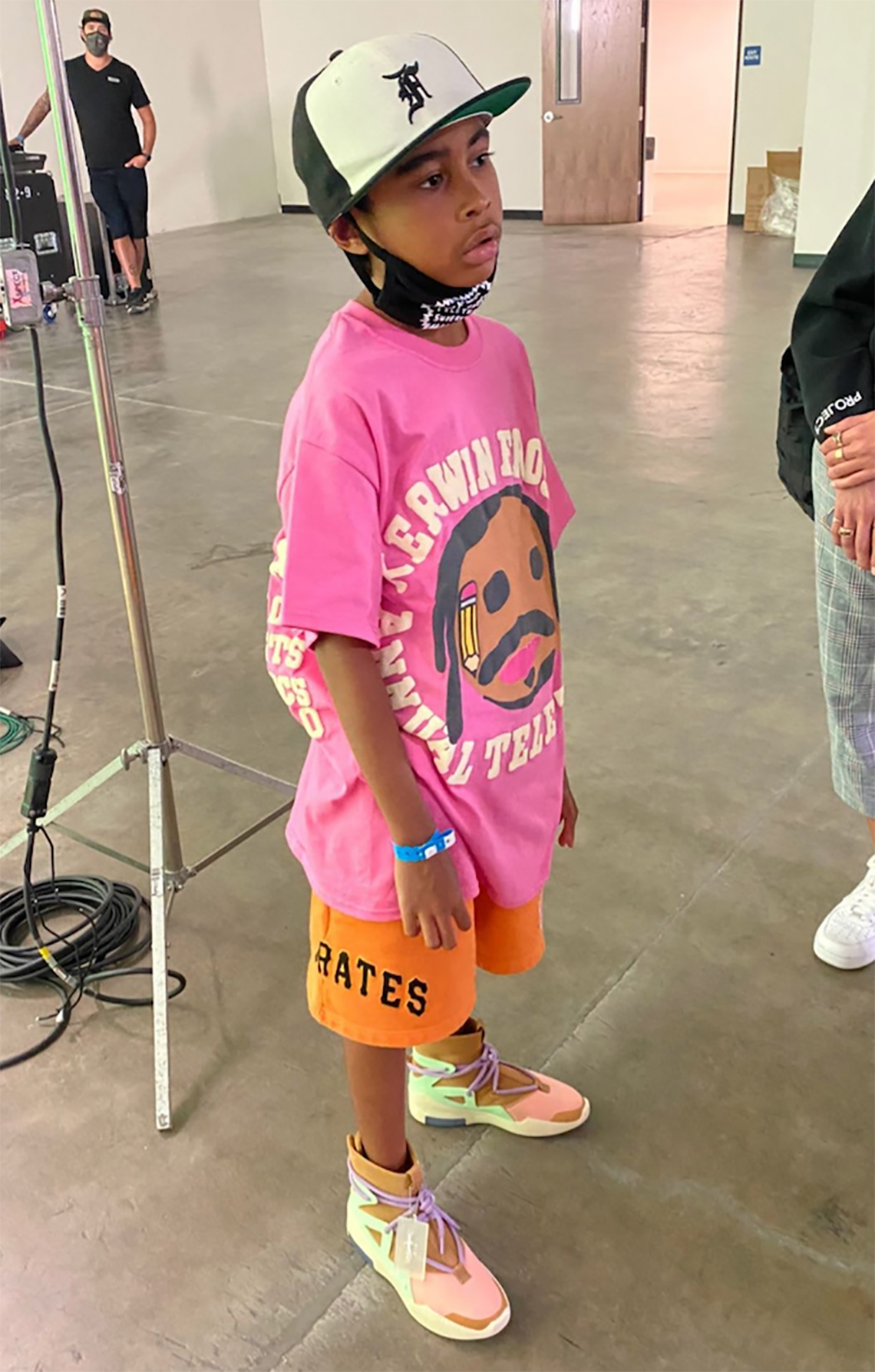 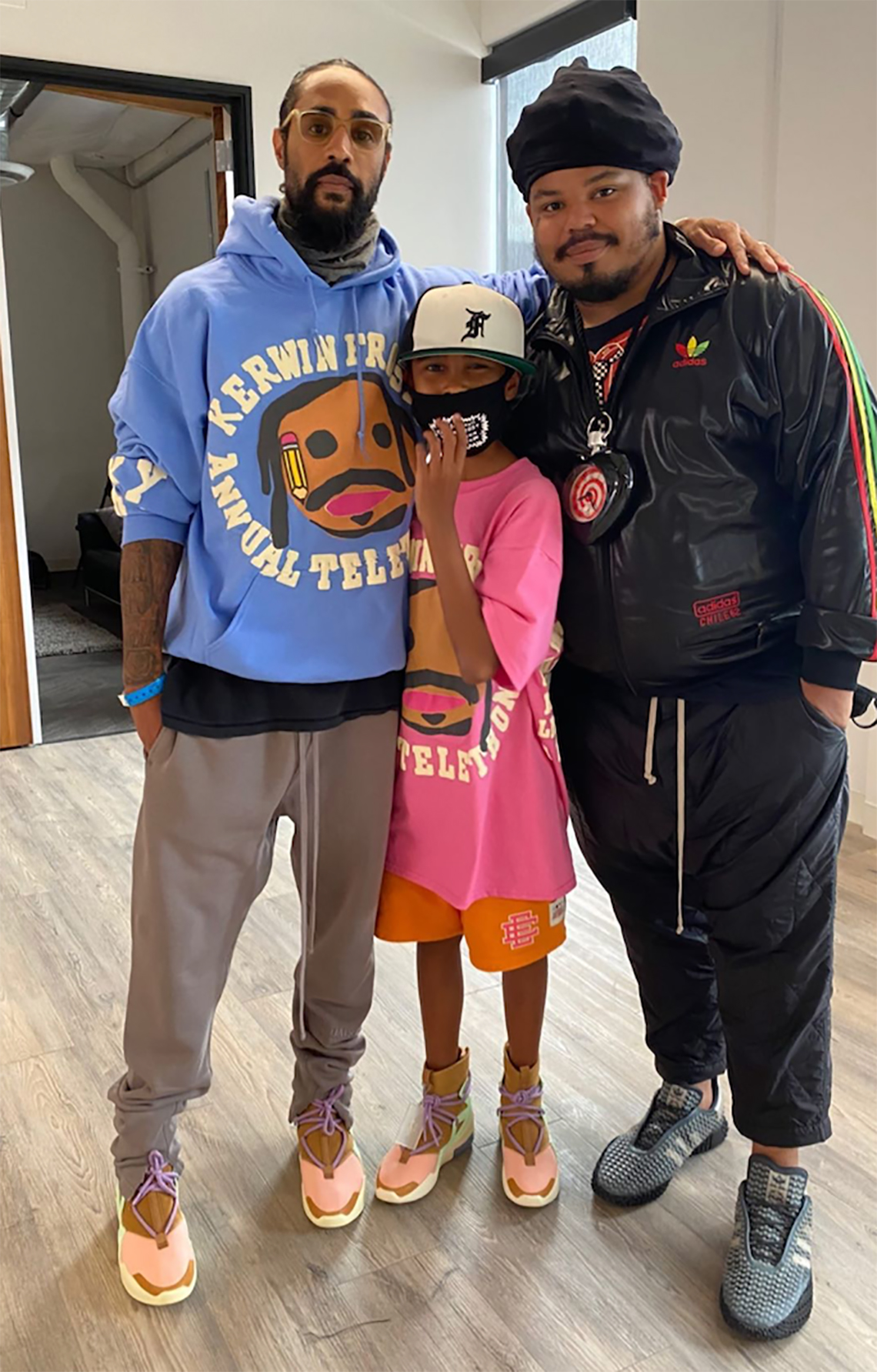 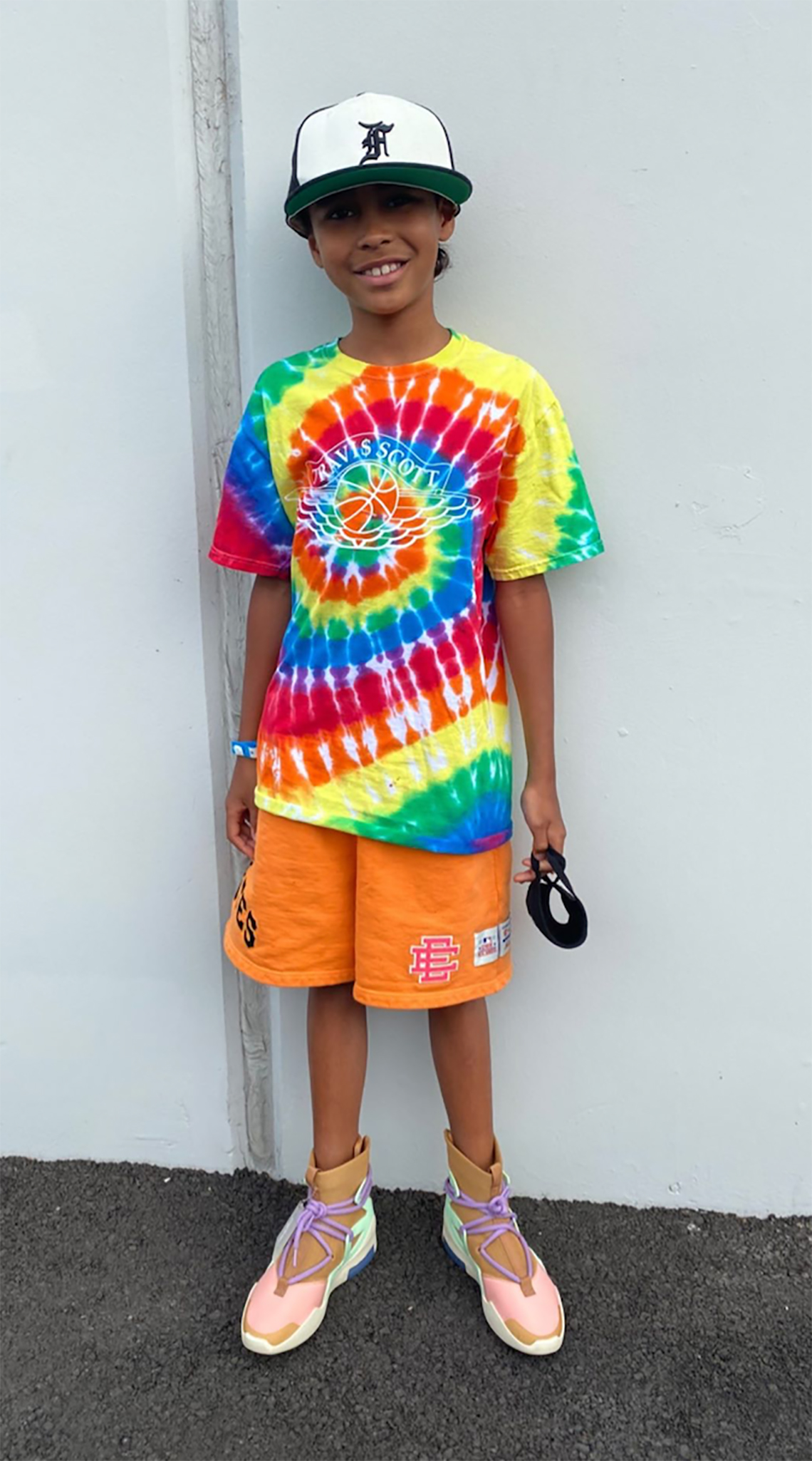