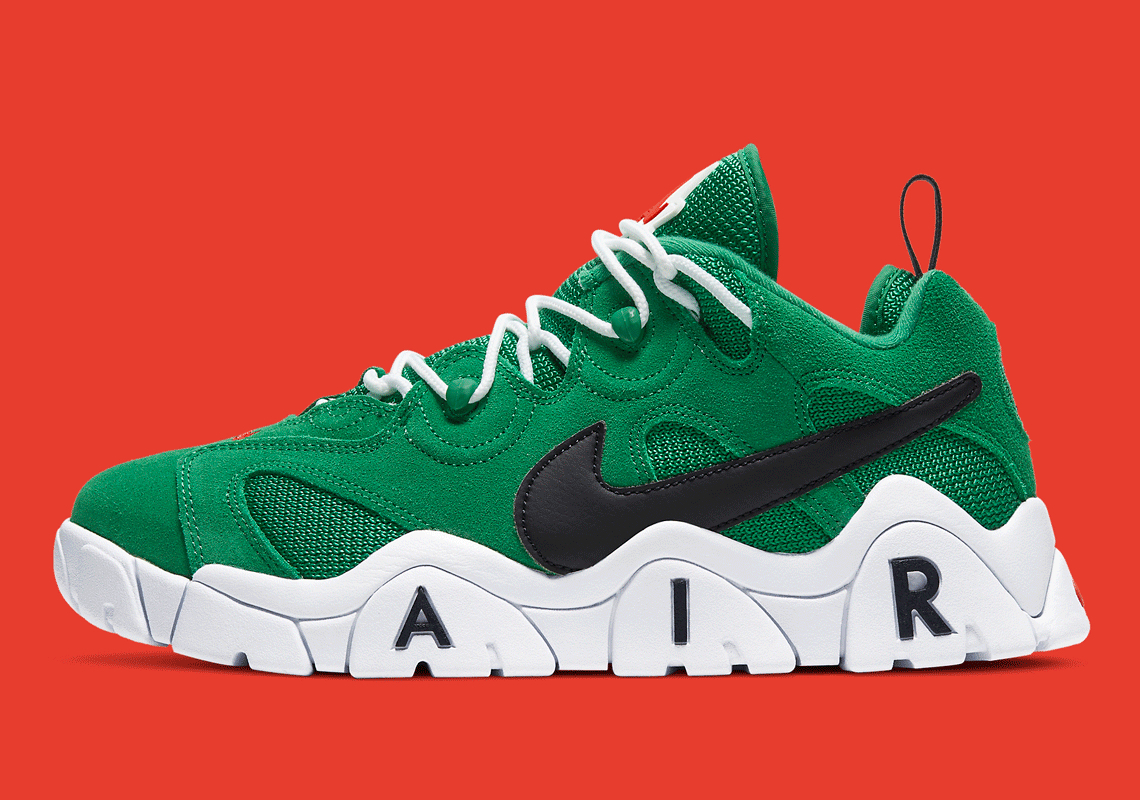 The Nike Air Barrage Low Gets A “Heineken” Colorway

Since reemerging in January for the first time in decades, the Nike Air Barrage Low has predominantly favored color schemes aligned with its original release roster. An upcoming arrangement, however, forgoes any subtle styling in exchange for an aesthetic reminiscent of the SB Dunk Low “Heineken”.

As with the skateboarding-ready option, the upcoming cross-trainer features rich green suede across its upper. The low-top Barrage, however, comprises of a mesh base clad in the same hue instead of “White” leather like the 2003 release. Semi-hidden profile Swooshes indulge in stark “Black” contrast, which extends itself onto the silhouette’s signature “AIR” lettering on the midsole. The Lateral heel is missing an embroidered red star, but ostensibly nods to the Dutch-produced beverage with its scarlet-colored accents at the vamp, tongue label, and rear. Sole units mostly boast a subdued palette, but outsoles don a bold “Flash Crimson”-like logo.

An official Nike.com release date is still unknown, but this Barrage Low is likely to arrive before the year ends. In the meantime, grab a closer look at the pair here below.

For more retro options from The Swoosh, enjoy a first look at the Supreme Air Max 96 rumored to launch soon. 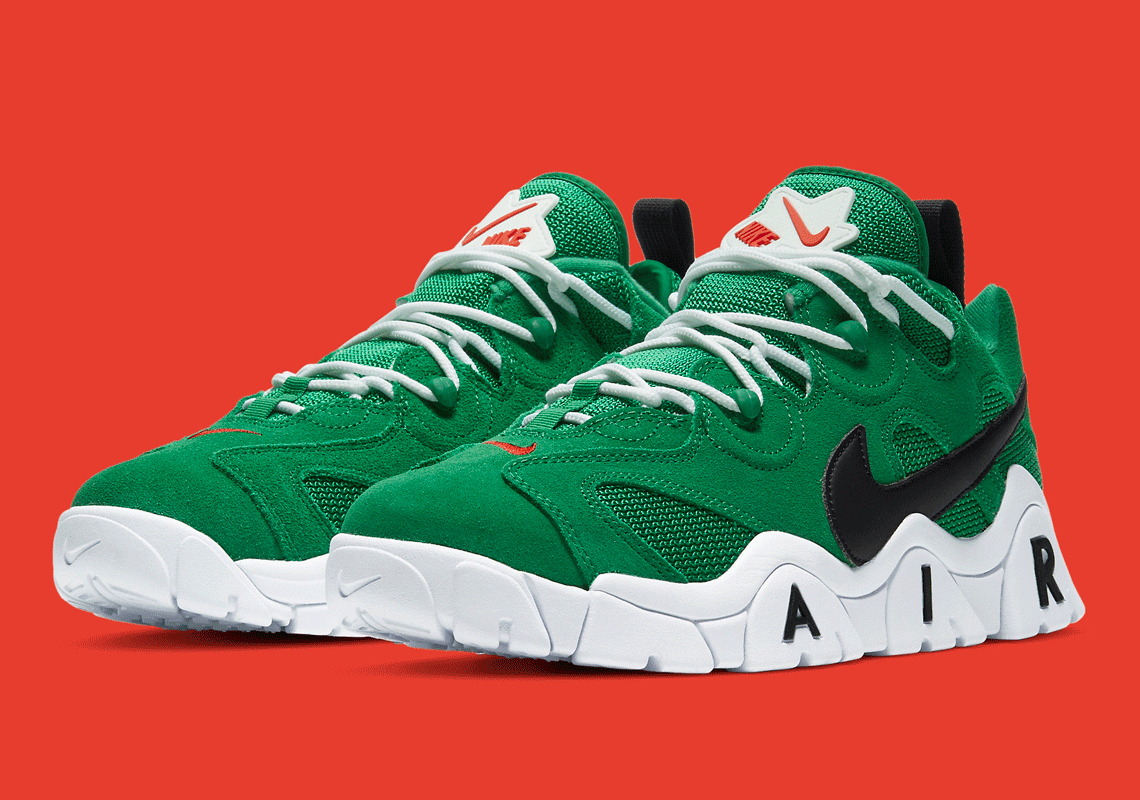 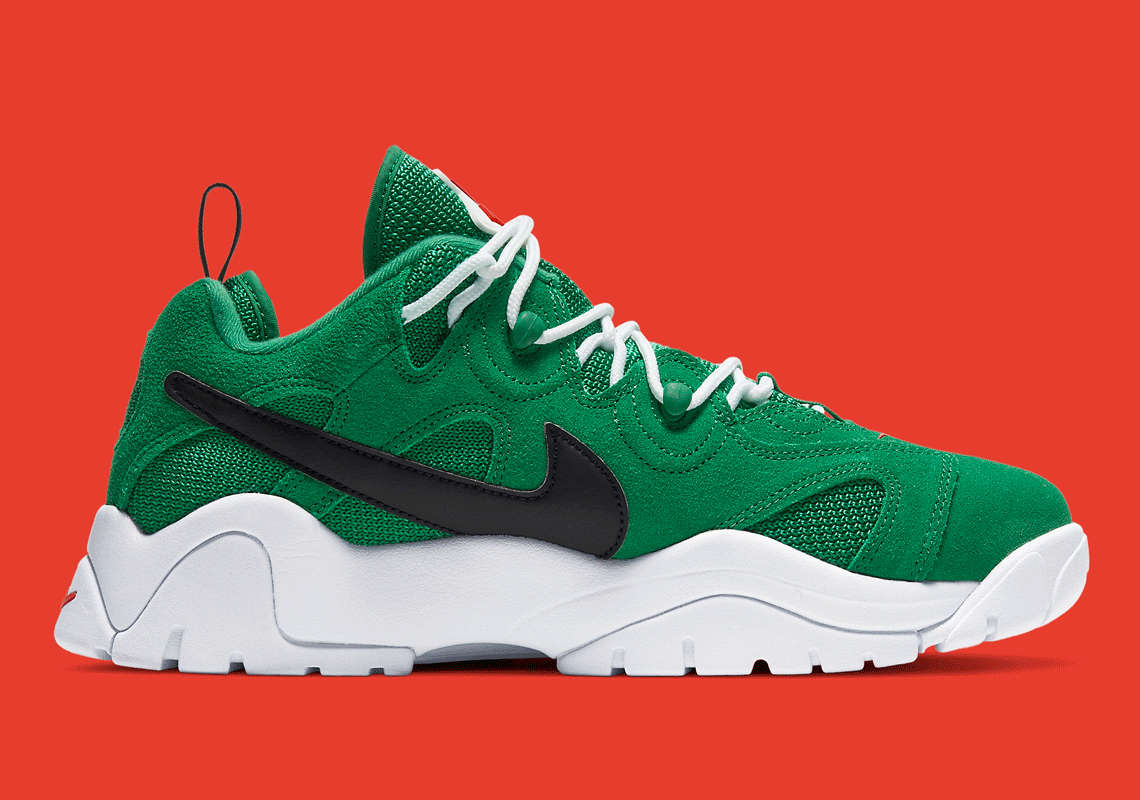 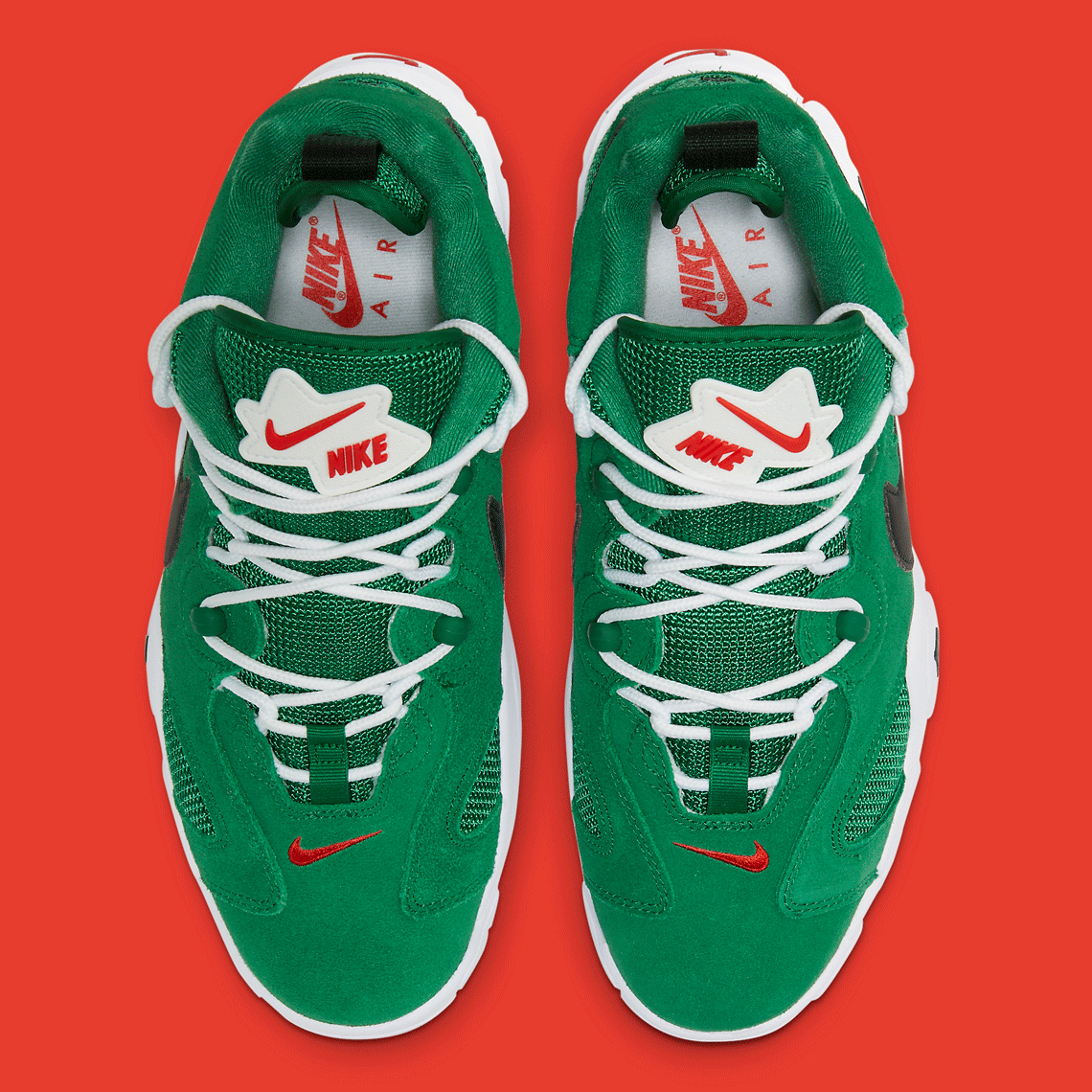 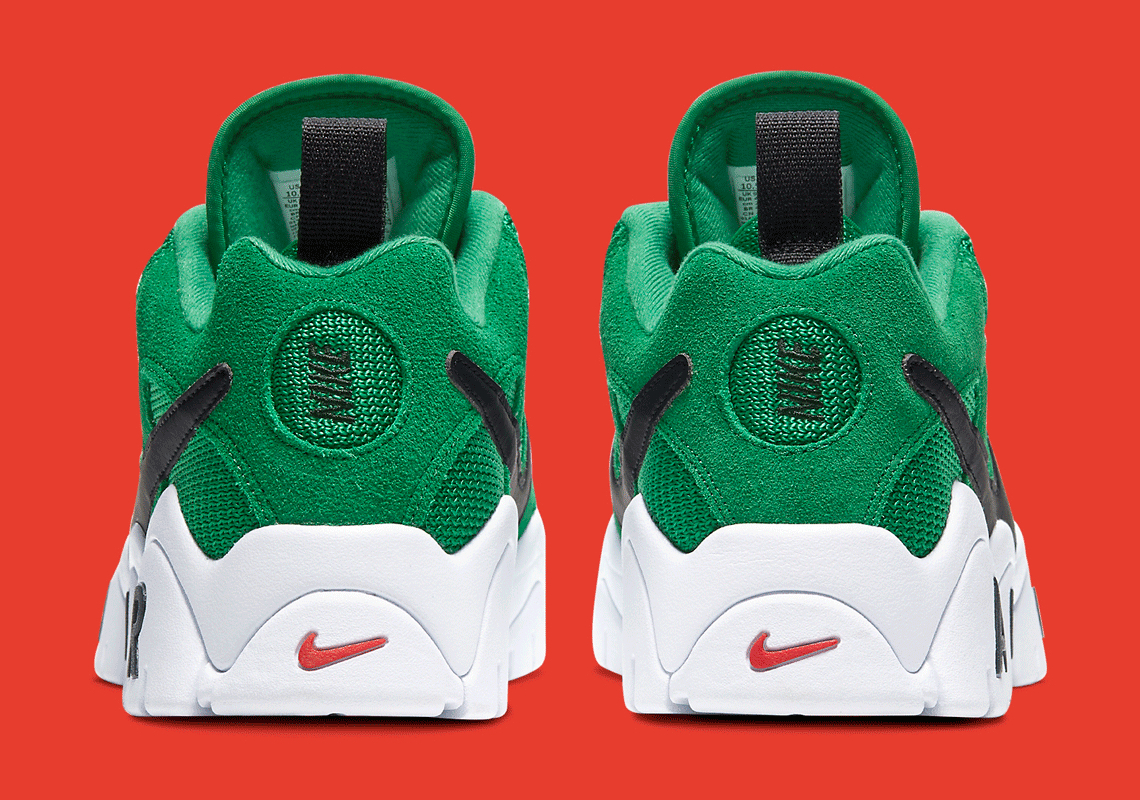 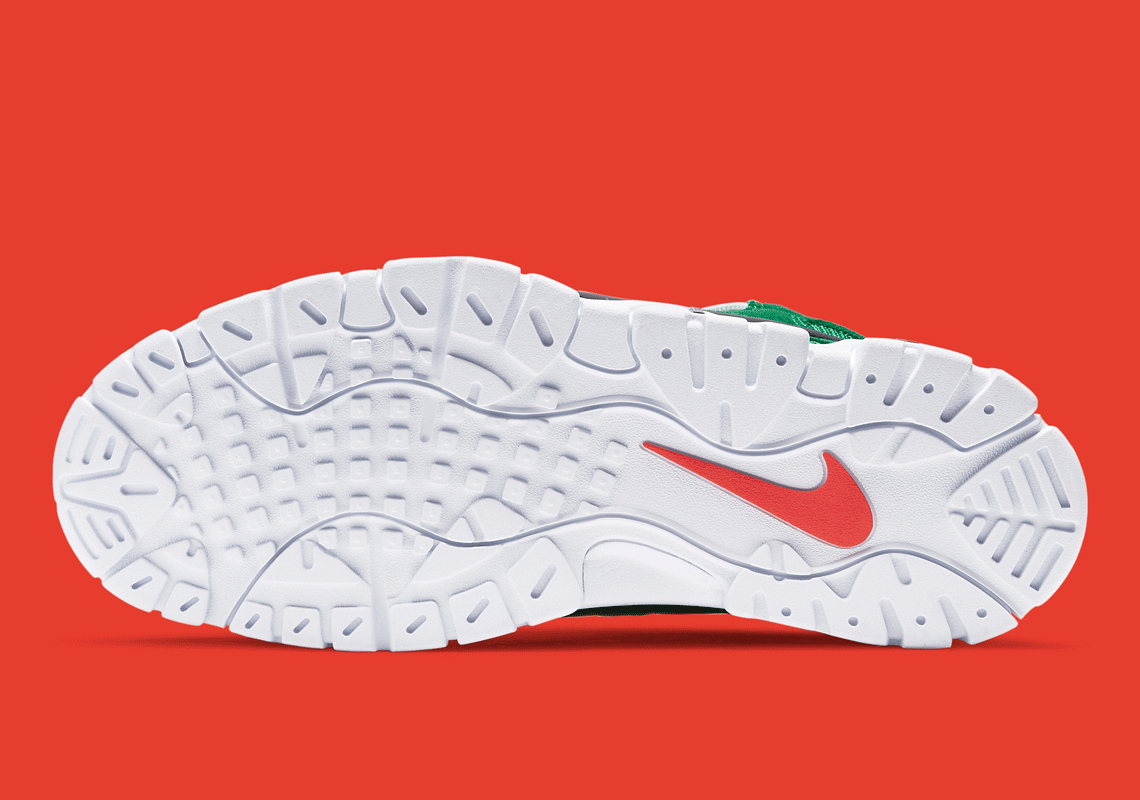 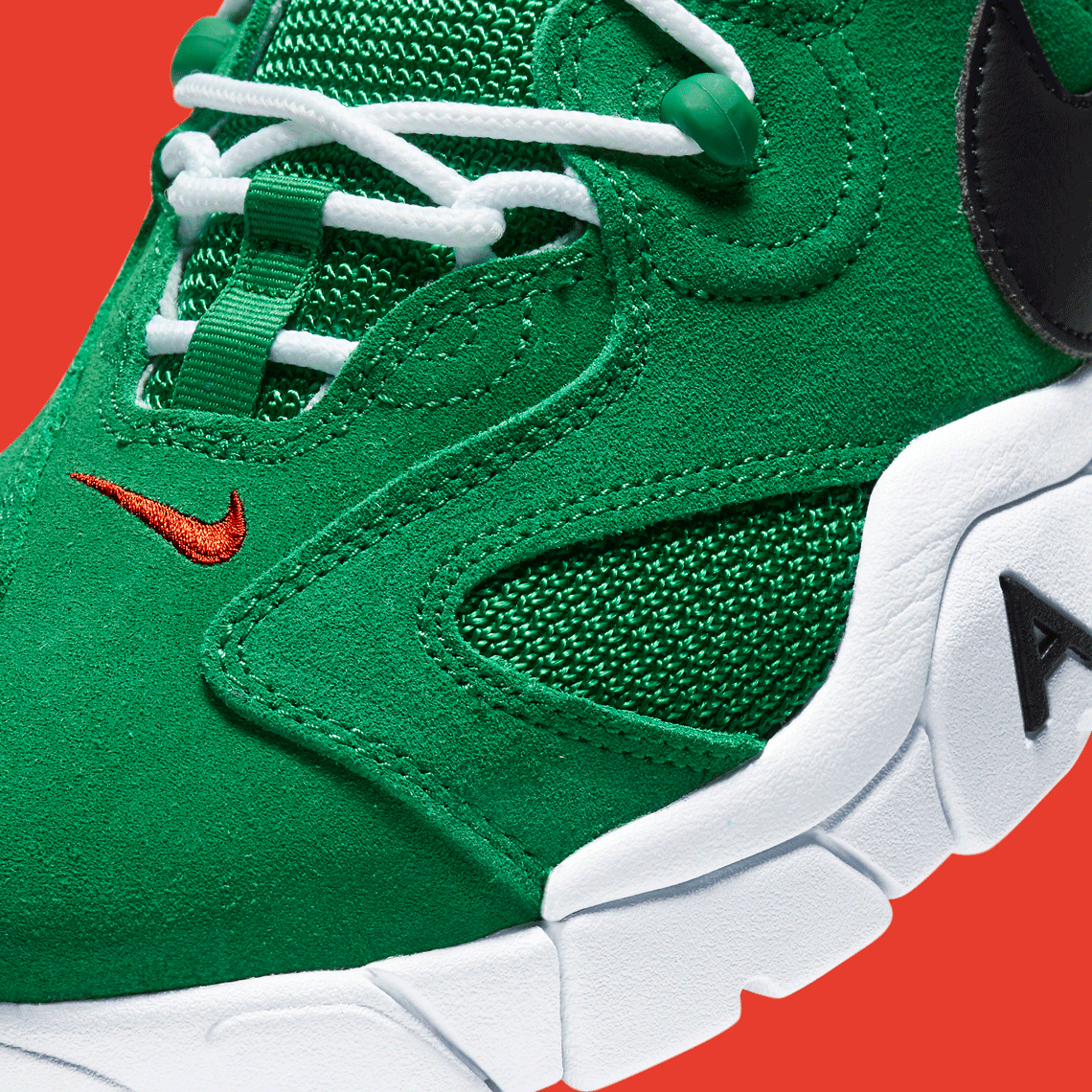 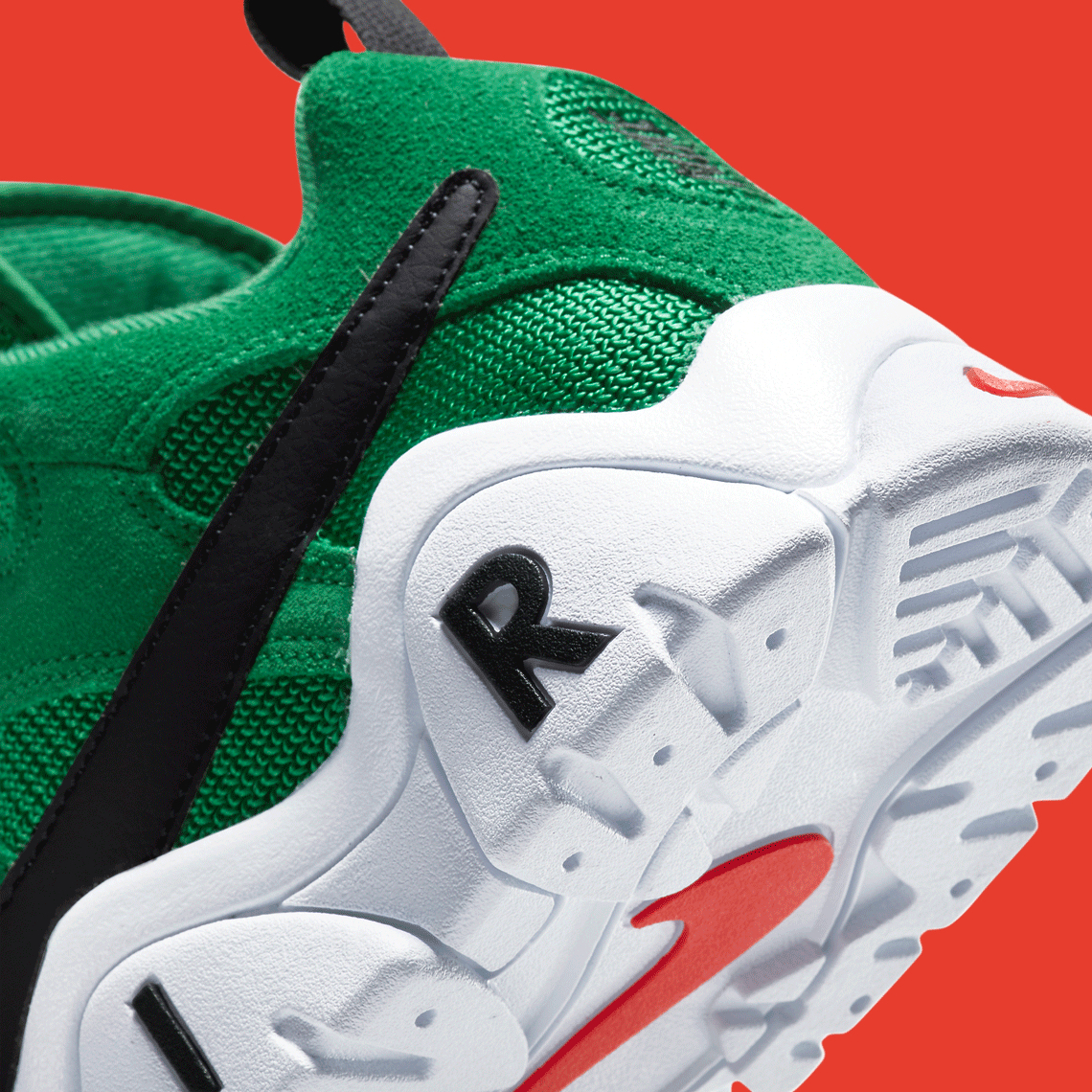