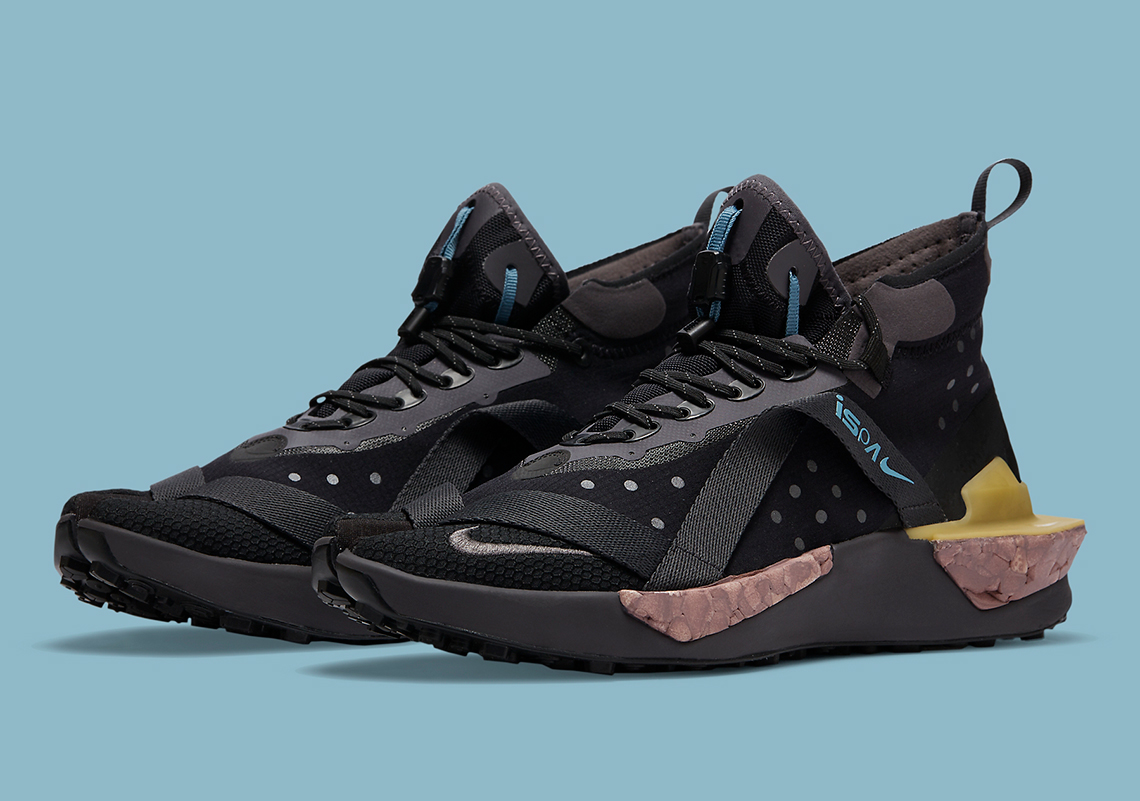 Official Images Of The Nike ISPA Drifter Split In Black

Tabi-toed and filtered through a utilitarian design language, ISPA‘s Drifter is placed right at the midpoint between Japanese work boot and Nike brand innovation. Its release, which is sure to arrive later this season, is predated by official images of the upcoming black colorway, one of the two upcoming so far.

Eclectic in its appearance, the silhouette effectively makes use of past icons for reference, namely the oft-forgotten Air Rift. Its iconic split toe is paraded atop the toe box with a near identical mesh construction and miniature check, though with more functional inclusions that bridge workwear influence. Straps are scattered about the entire shoe, supporting the forefoot as it does the side while also providing cosmetic use with its blue-tinted “ISPA” insignia. Nylon Ripstop outfits the rest of the upper’s fabrication with reflective dots, tongues add lace toggles for easy fastening, and the sole — whose tread is rife with non-slip rubber — brings along ornamental yellow heel stabilizers and foam-like molds.

Grab a close-up look at these here and expect them to drop on Nike.com come September 1st. 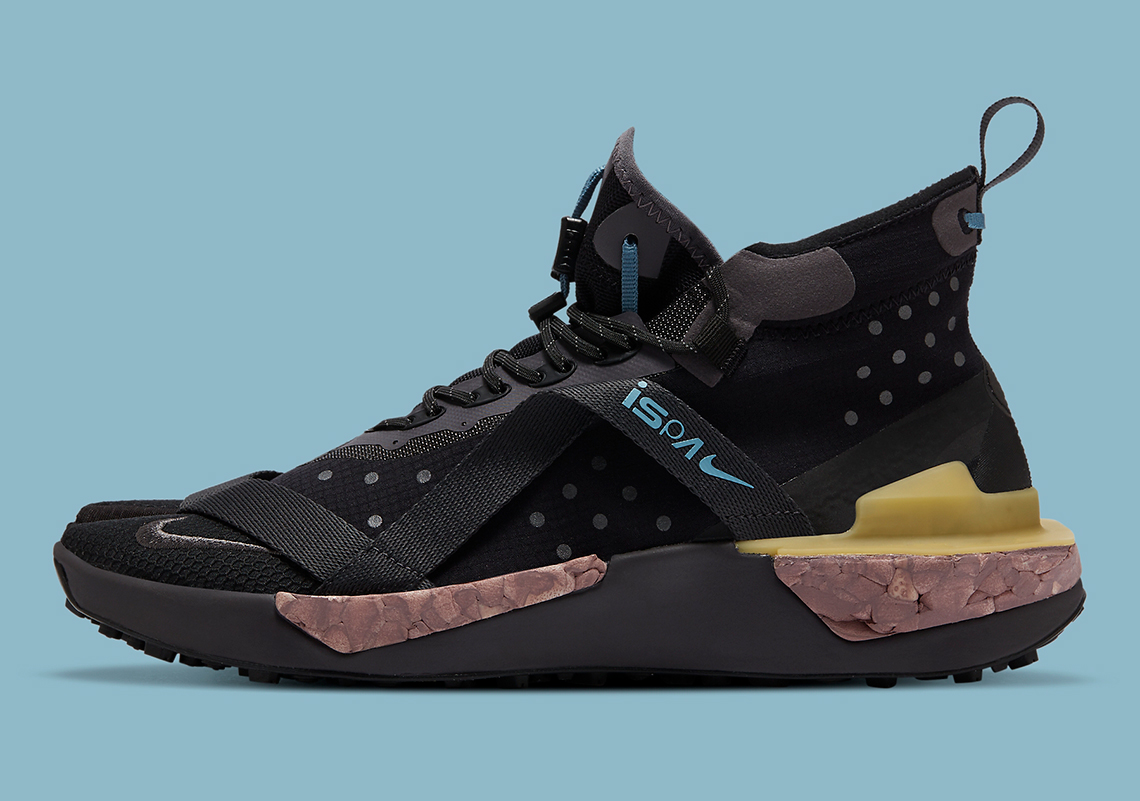 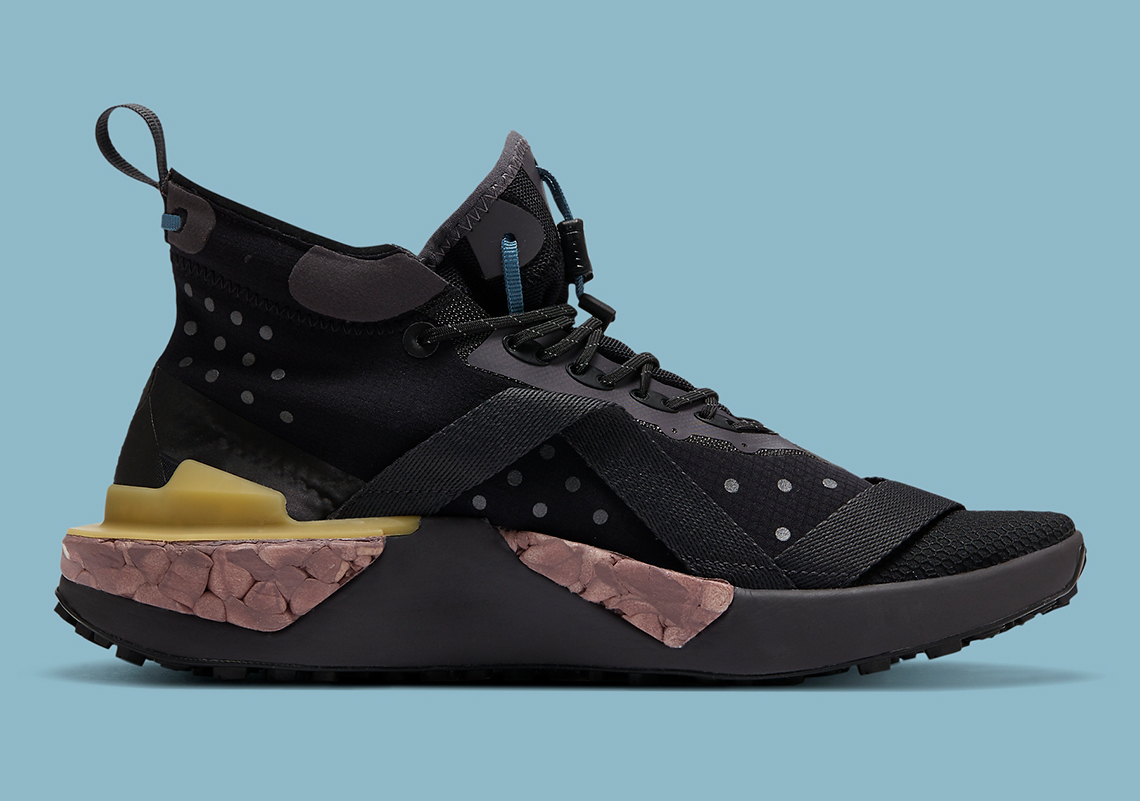 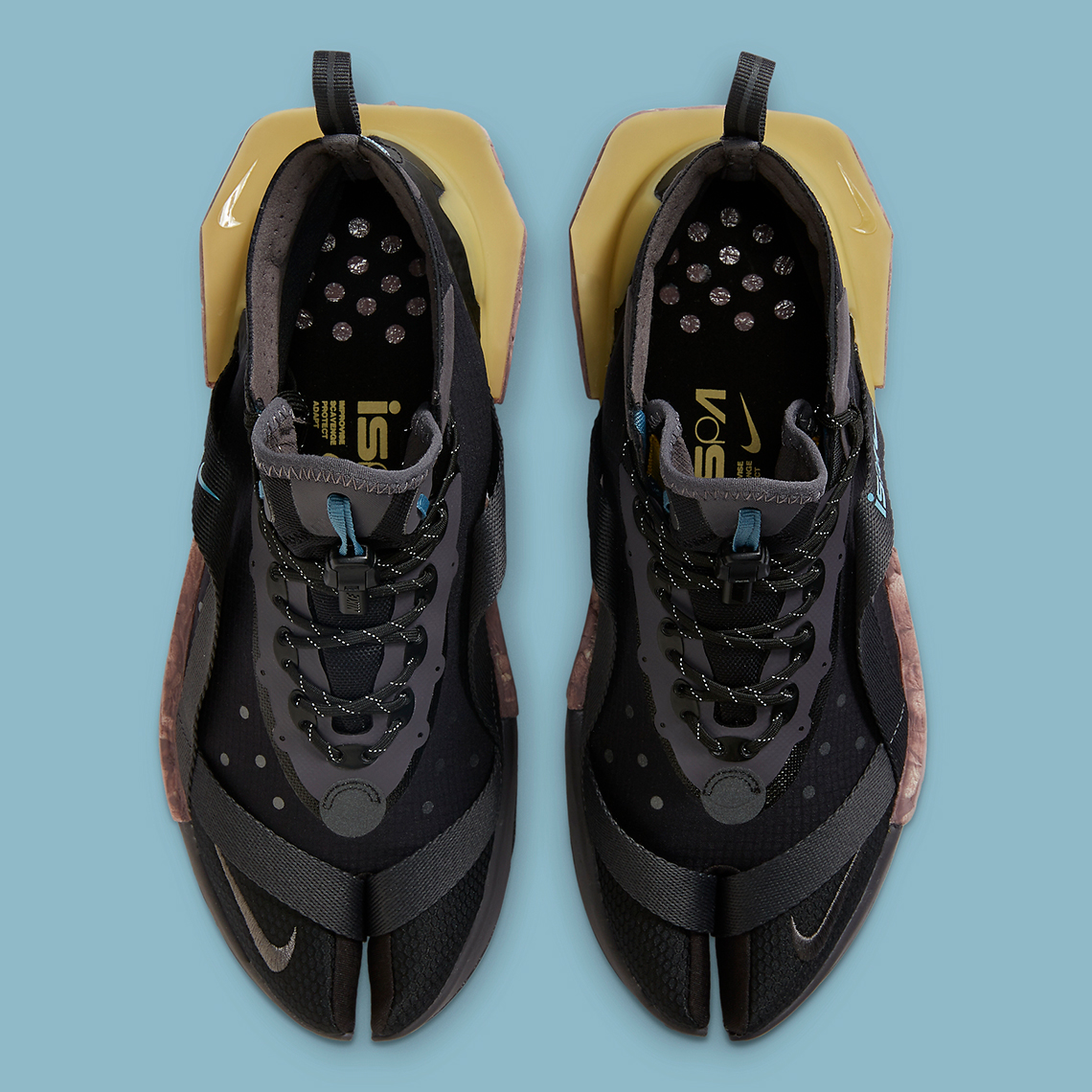 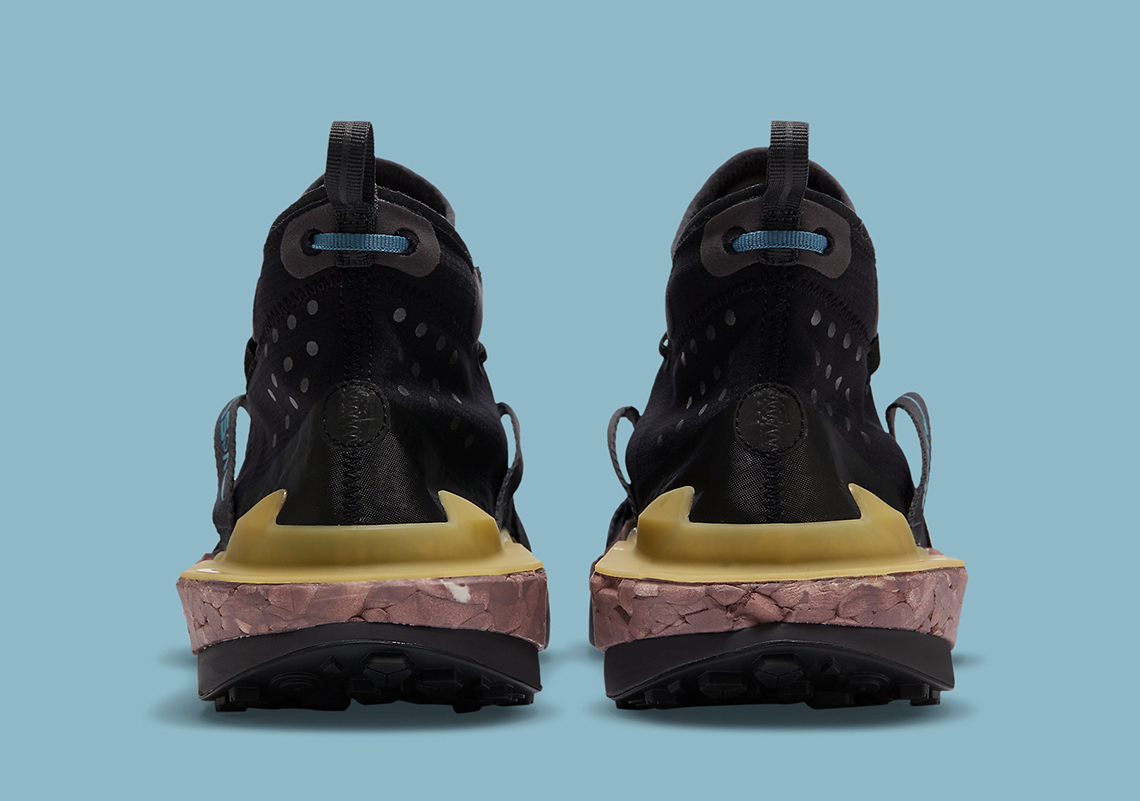 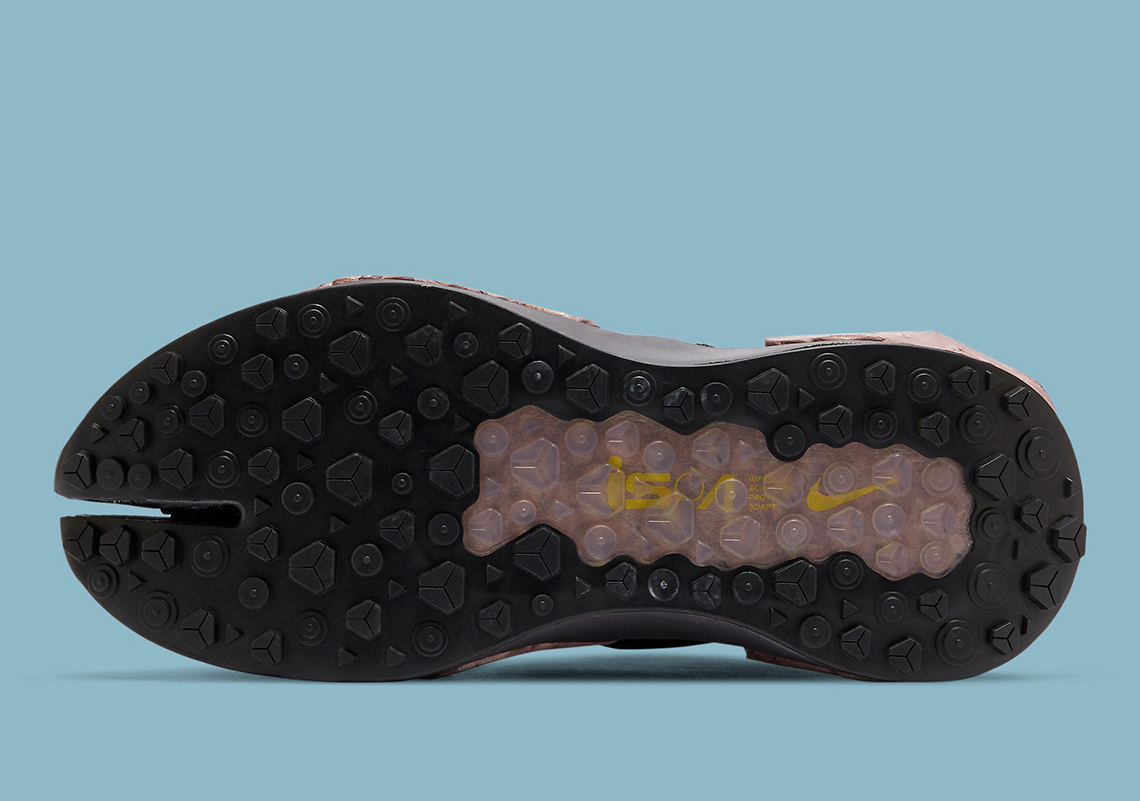 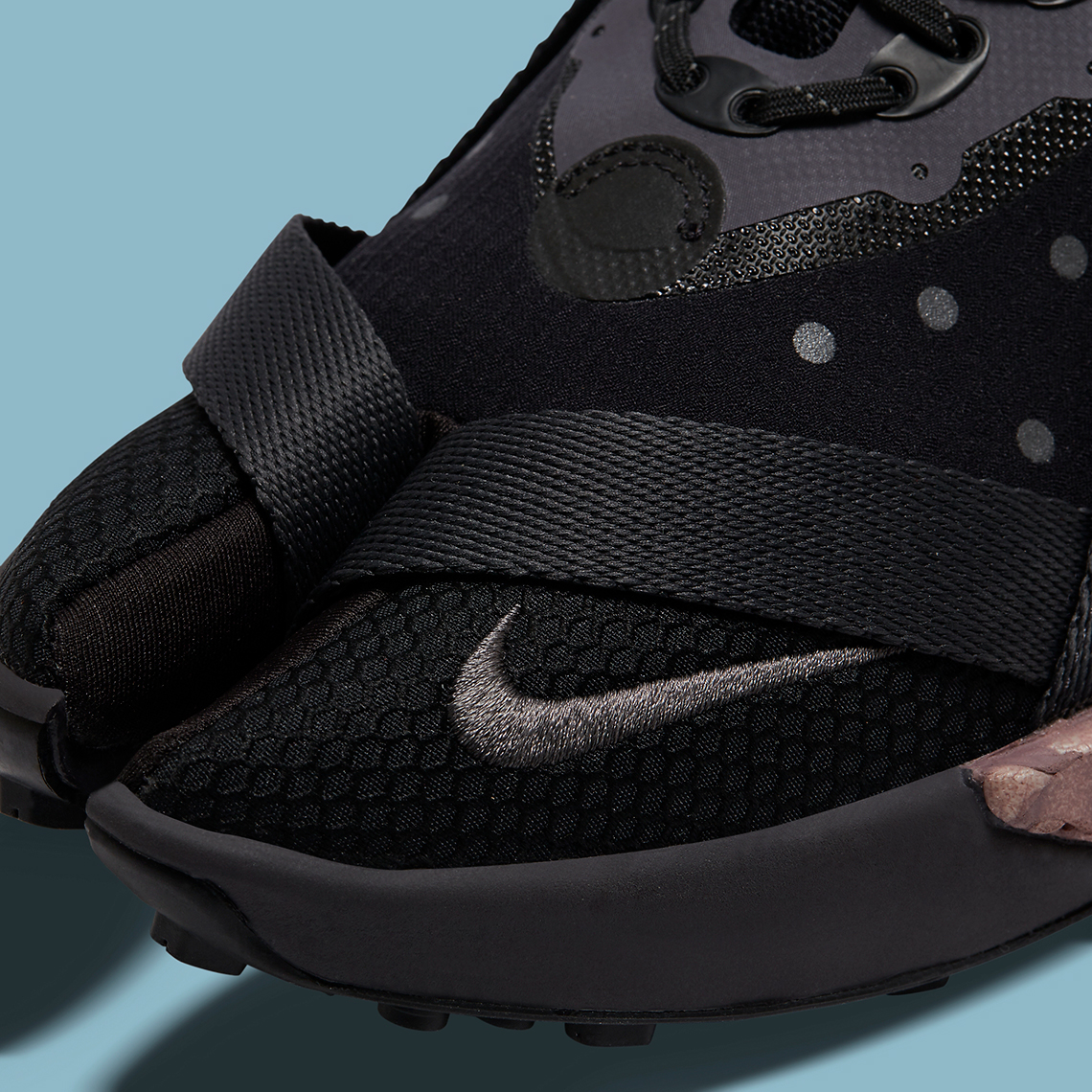 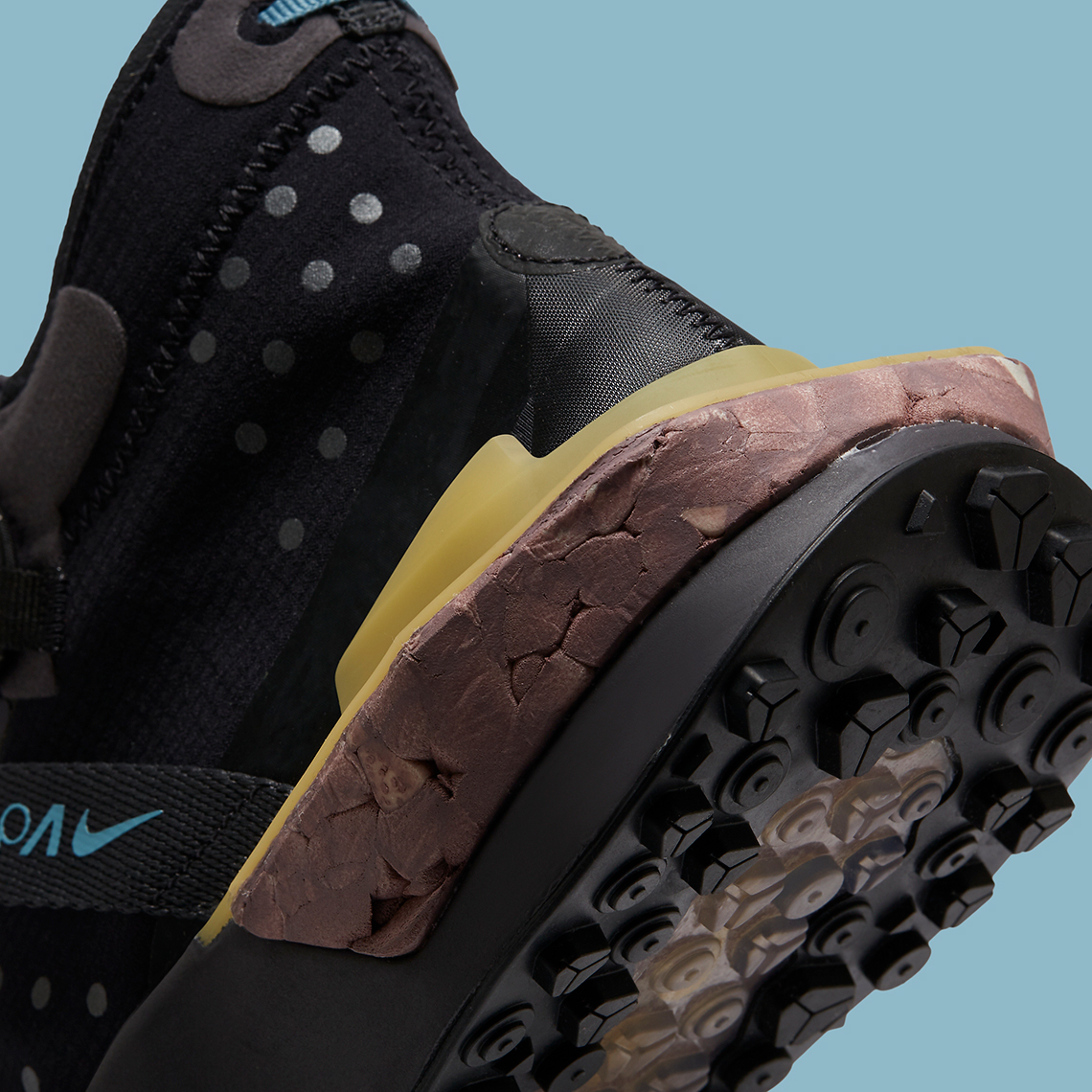