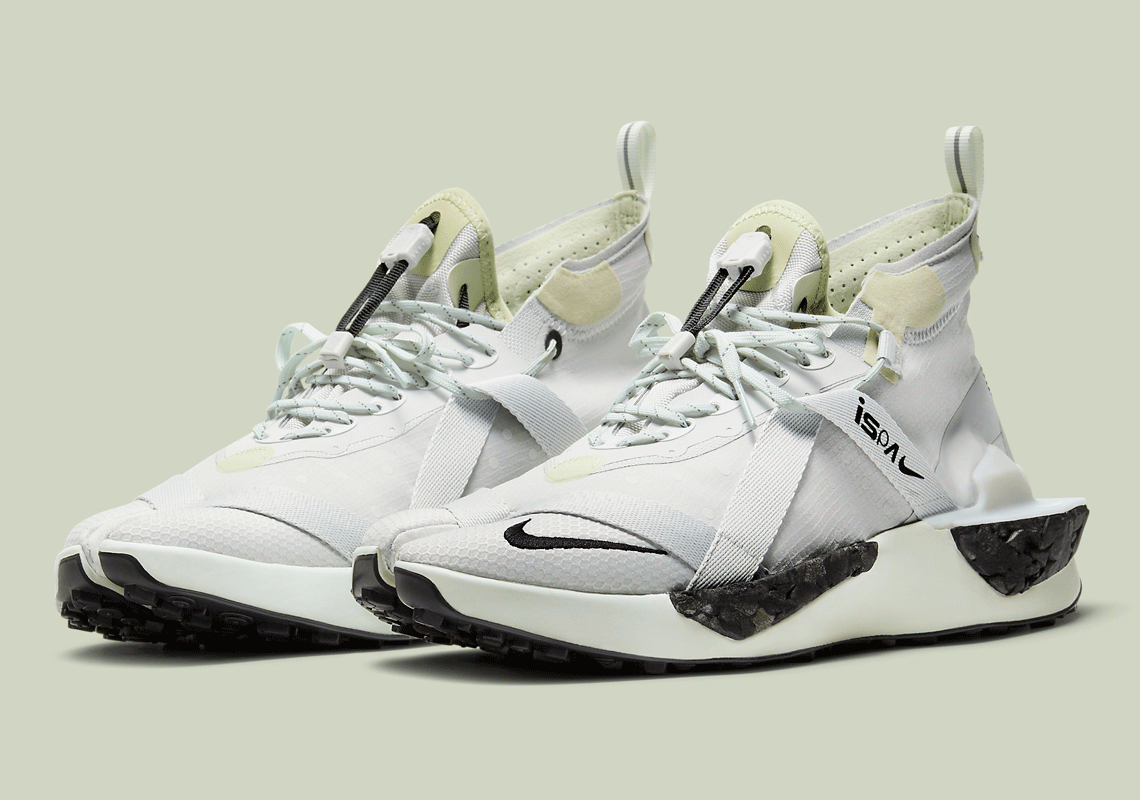 An example of heritage blended with forward-thinking design, the new silhouette effectively nods to the Air Rift from 1996 while envisioning the future of workwear. The mid-height silhouette and split-toe are inspired by traditional Japanese tabi boots, although the deconstructed upper and lightweight cushioning are entirely rooted in the Swoosh’s innovative tendencies. The former, clad in “Grey Fog”, features white polka-dot accents along the profiles and a strap-supported fastening system. Lateral swoosh and “ispa” logos indulge in a “Black” color scheme, as do some surrounding hardware and embellishments. React Vision-reminiscent heel clips sit atop exposed, reused ZoomX Foam, which also appears towards the forefoot. Accompanying cushioning is overtaken by a faint “Spruce Aura”, while outsoles don a subdued “Black”.

Enjoy official images of the inaugural ISPA Drifter Split ahead, and find pairs arriving to Nike SNKRS on September 1st.

For more experimental takes from the North American sportswear behemoth, check out the D/MS/X Waffle. 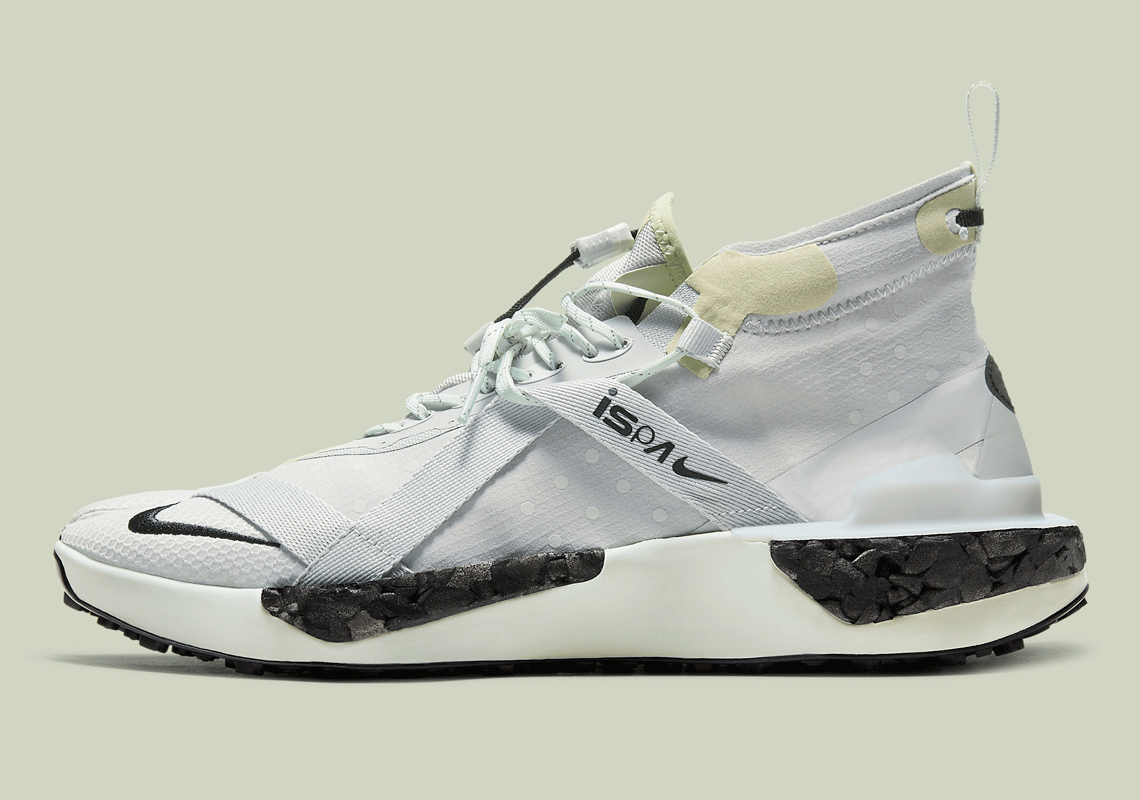 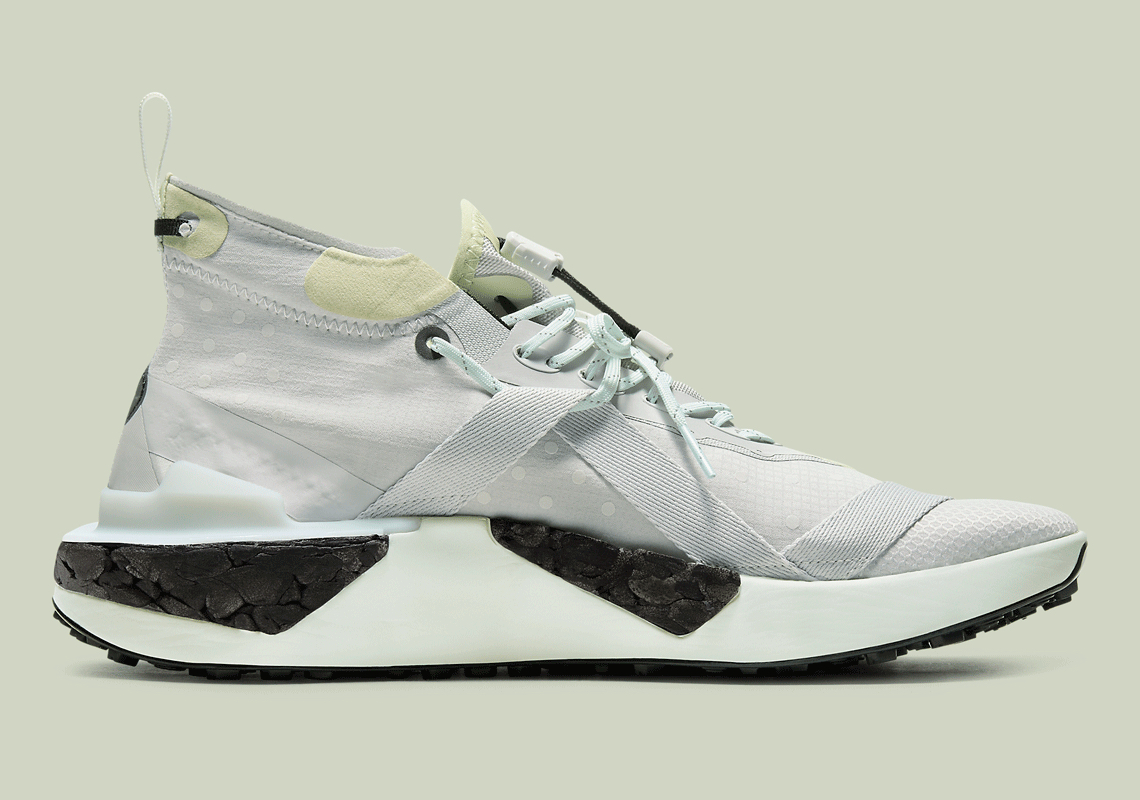 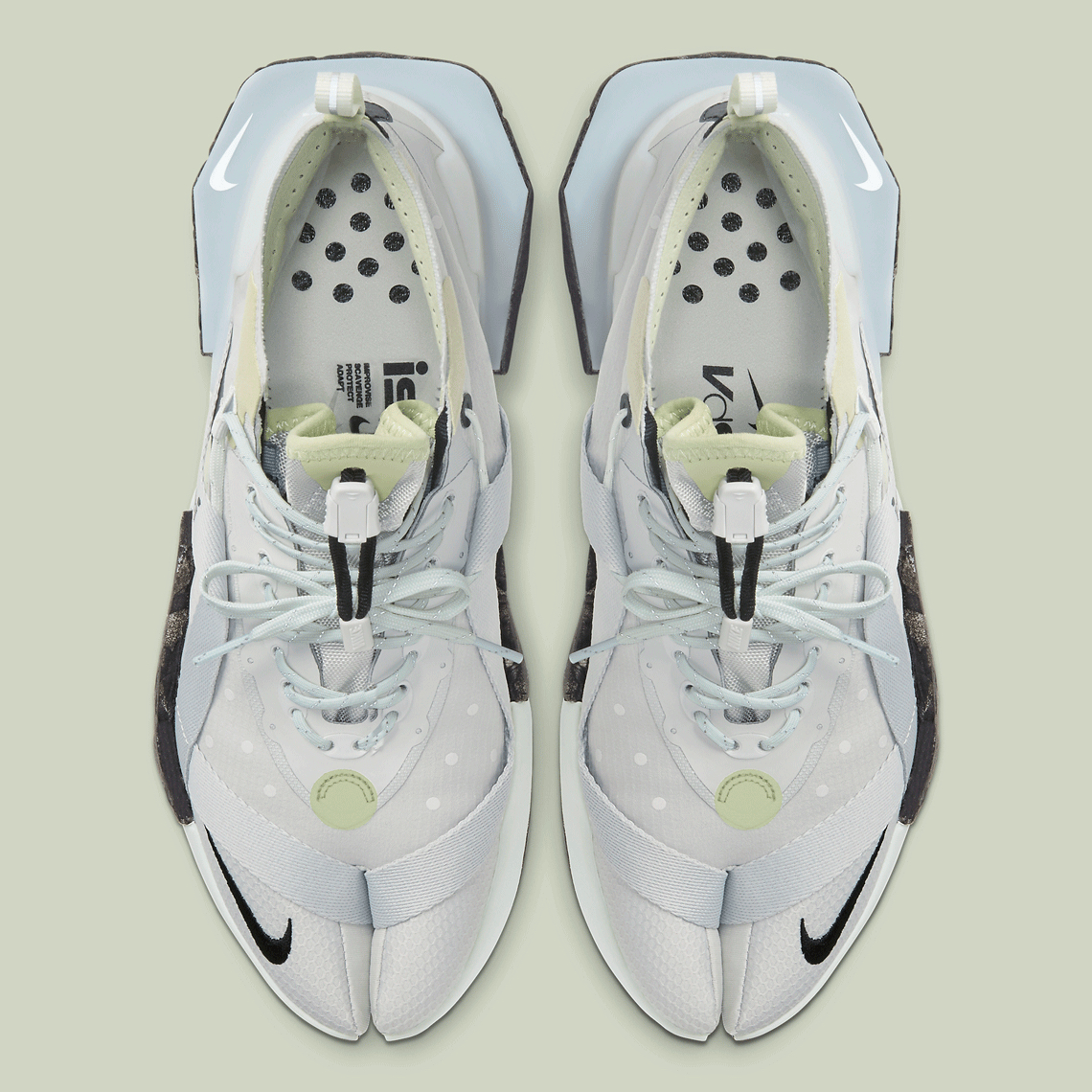 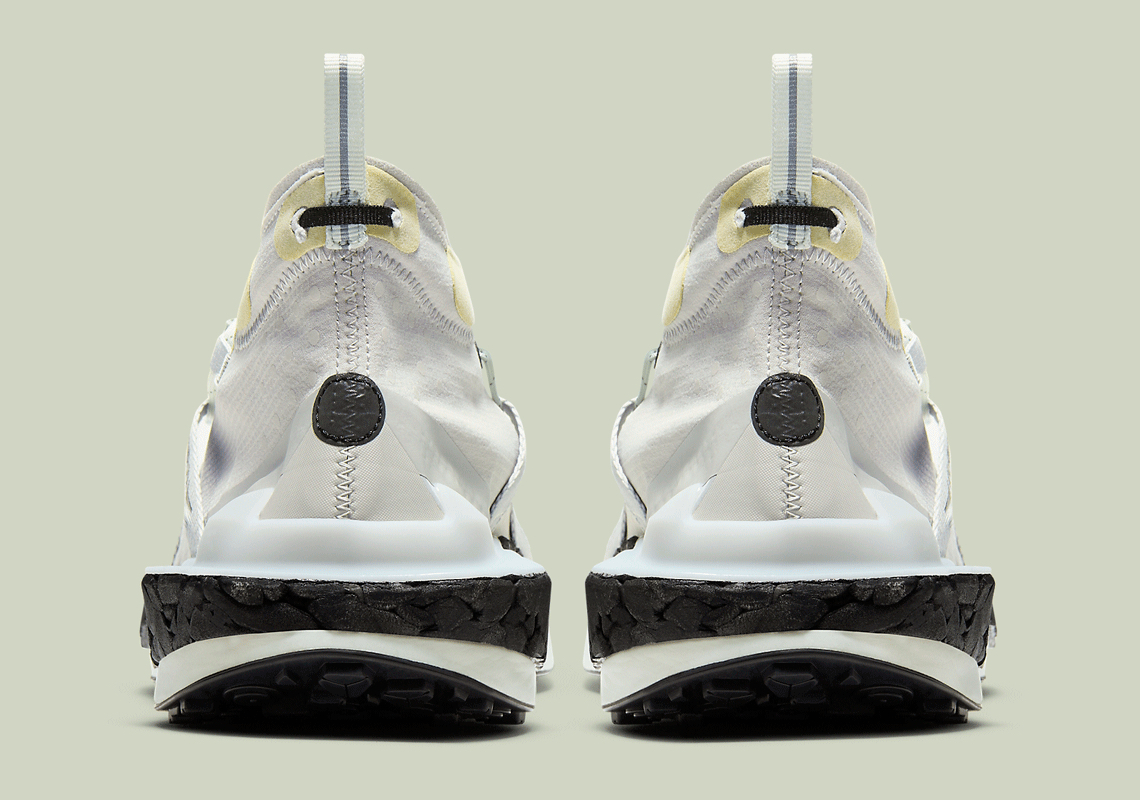 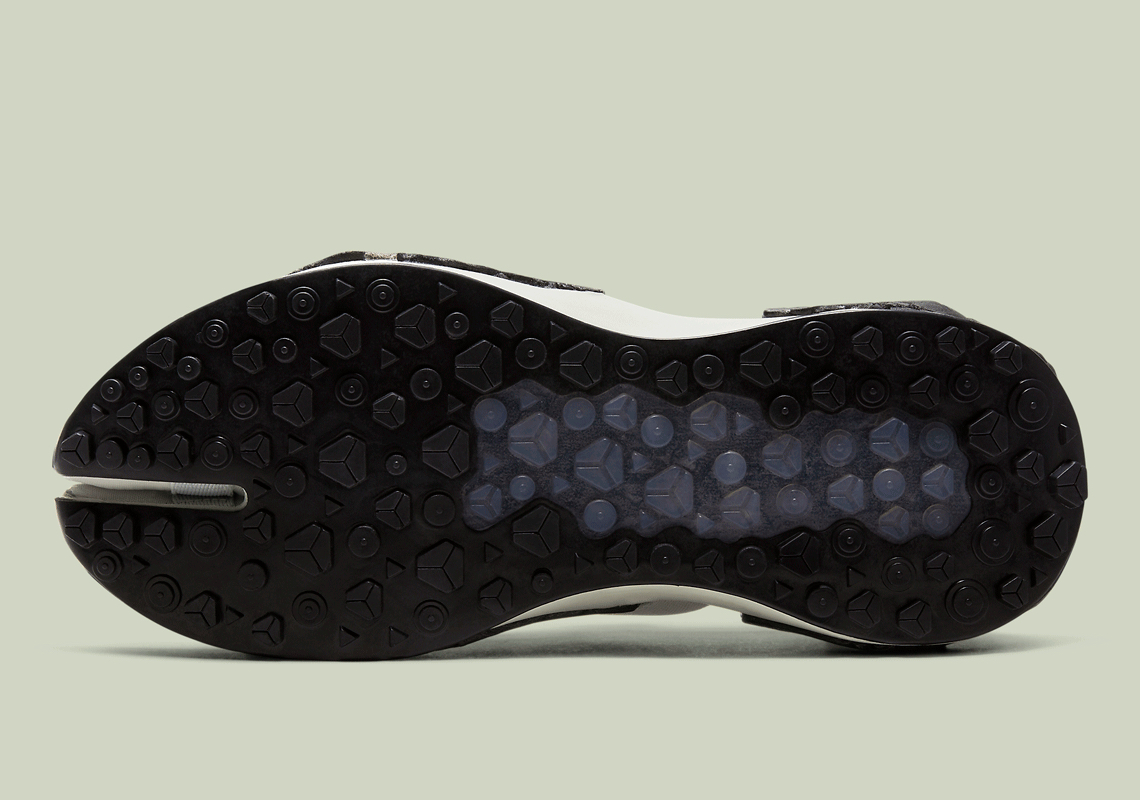 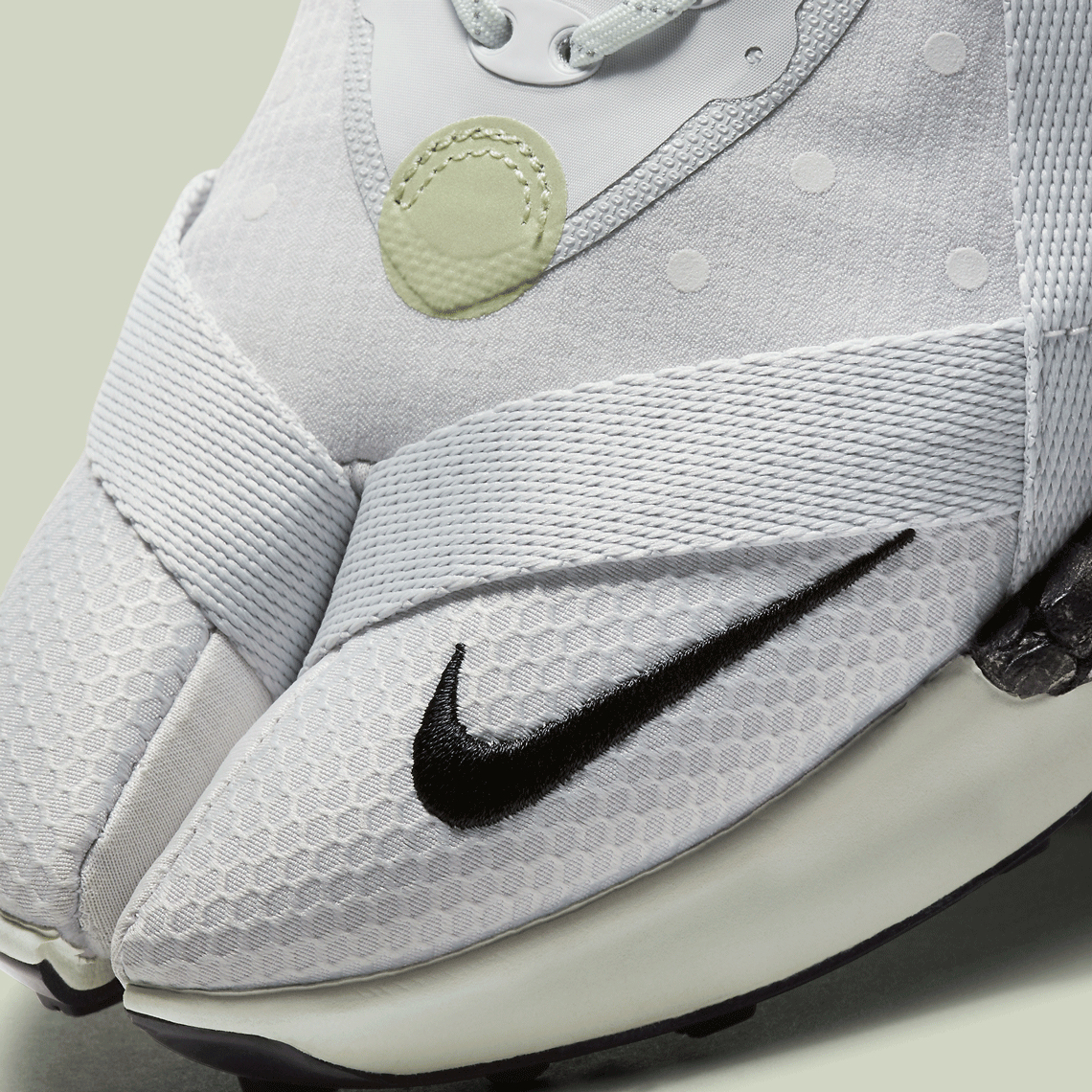 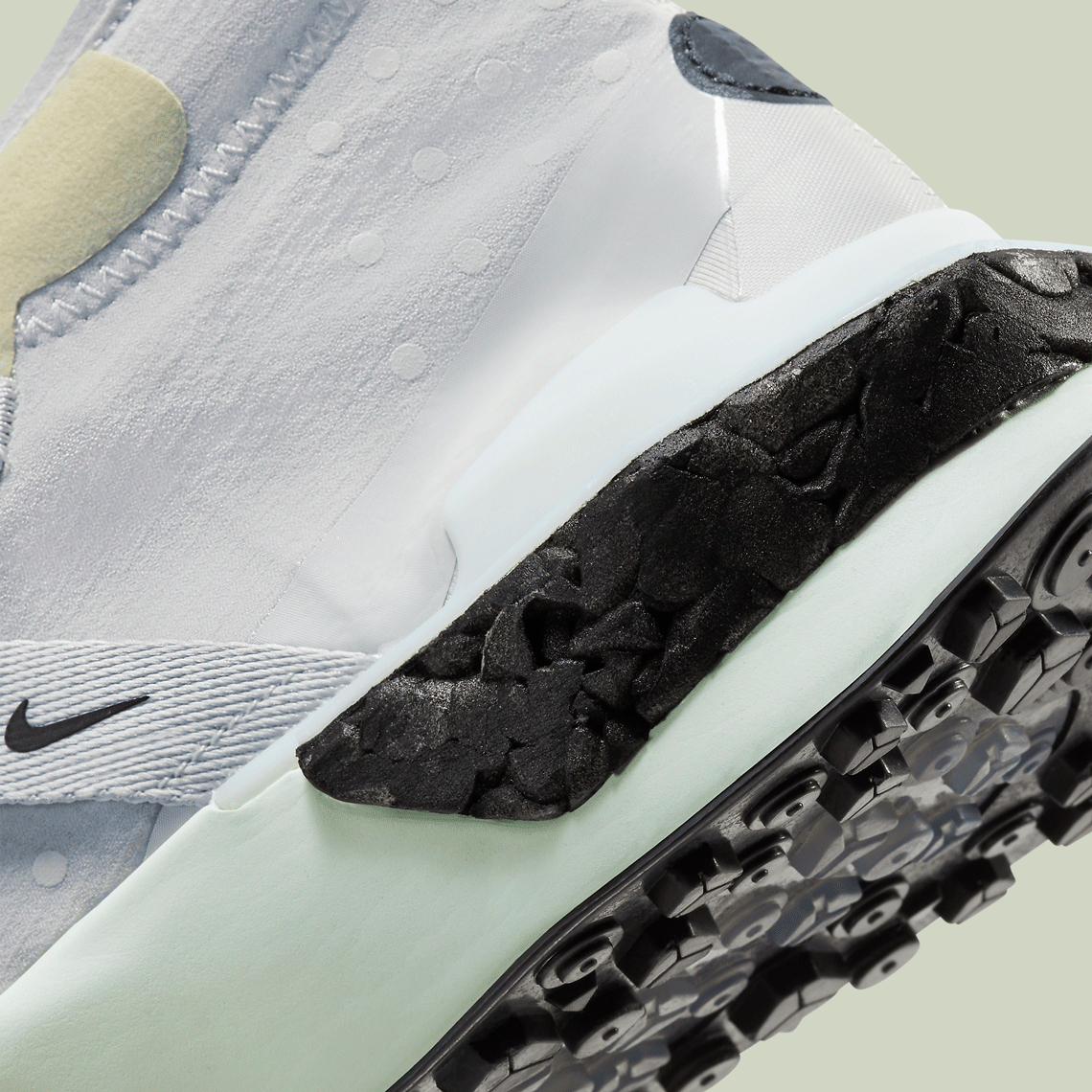