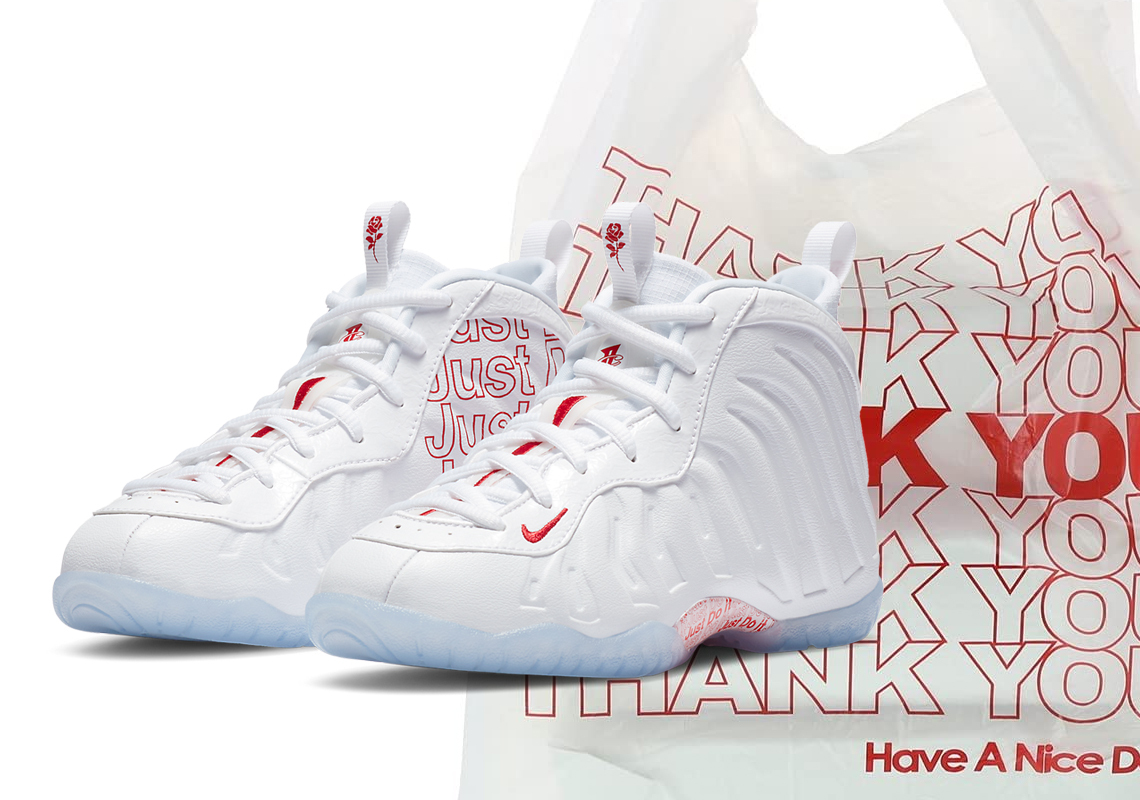 This Nike Lil Posite One Is Inspired By Takeout Bags

While no longer the main focus of the Swoosh’s Basketball category, the Nike Air Foamposite One continues delivering both nostalgia and experimentation. The latter is adding a kid-exclusive colorway inspired by “THANK YOU” bags to its roster on September 1st.

As with a previously-seen Air Force 1, the ’90s silhouette is predominantly clad in “White”. Lateral sides boast minimal “University Red” contrast, with the midfoot shank indulging in an on-theme “Just Do it” pattern. Tongues and lateral sides, however, up the ante not only with their heavier use of the scarlet hue, but also with their graphics. The ridge-laden profiles alternate between a rose duo (left shoe) and an enlarged version of the text on the midfoot shank (right shoe); Penny logos on the tongue sit underneath a single rose, and below a “Have a Nike Day” graphic on the heel. Although the kid’s Foamposite boasts a semi-translucent outsole, it forgoes the rich red of its Air Force 1 counterpart in favor of an icy blue arrangement.

Enjoy official images of this playful Lil Posite One ahead, and find pairs hitting Nike.com on September 1st.

For more proposals for kids under the NIKE, Inc. umbrella, check out the Jordan 5 Pink Foam rumored to launch in October.

UPDATE (09/01/2020):
This Nike Lil Posite One has ostensibly been delayed for later in September. 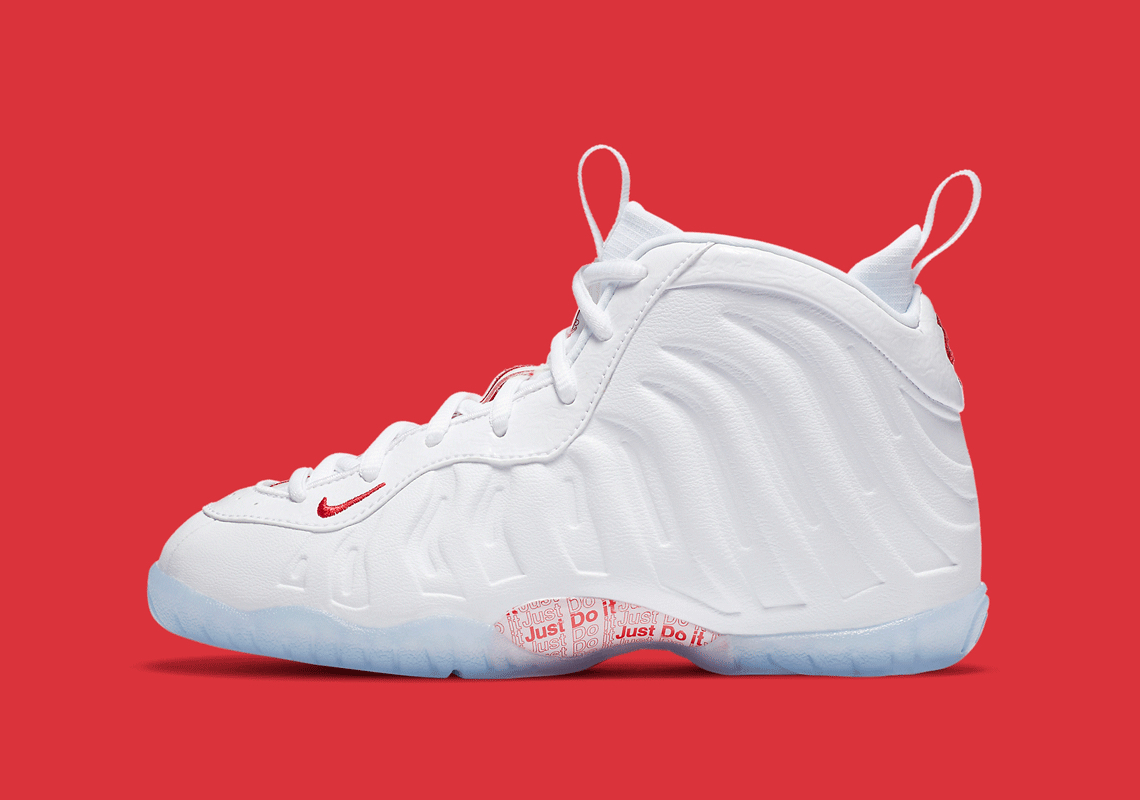 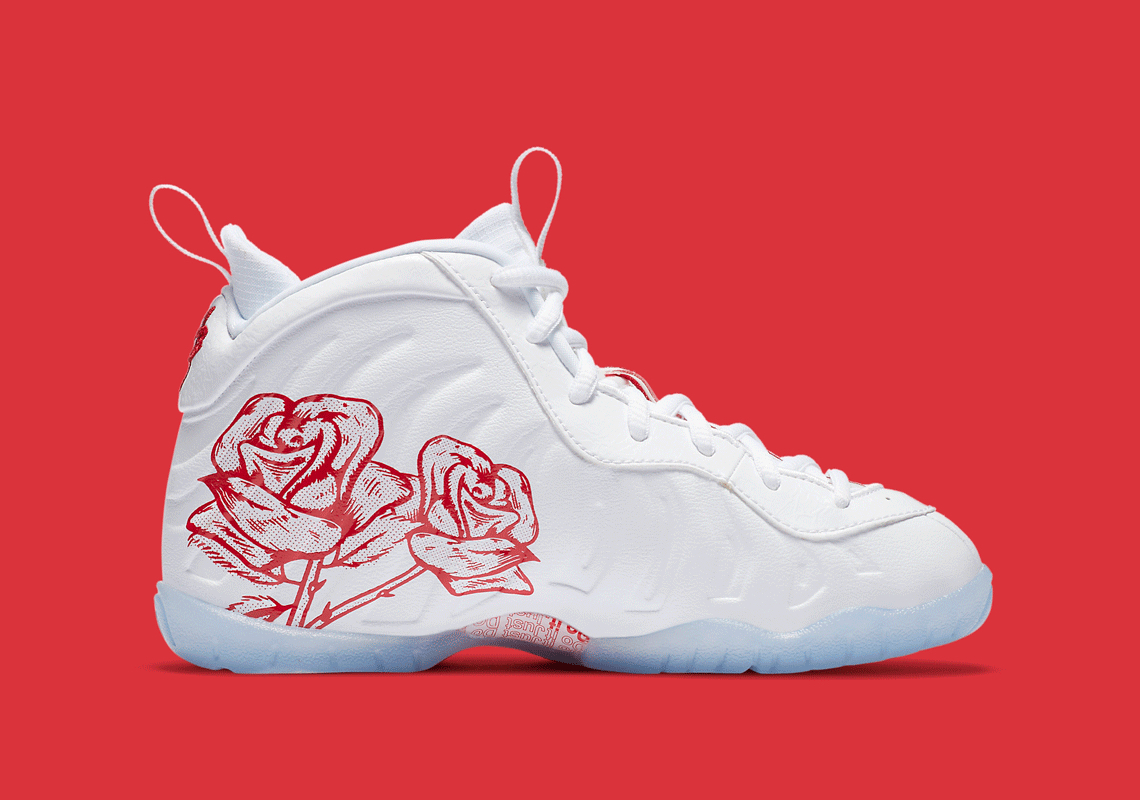 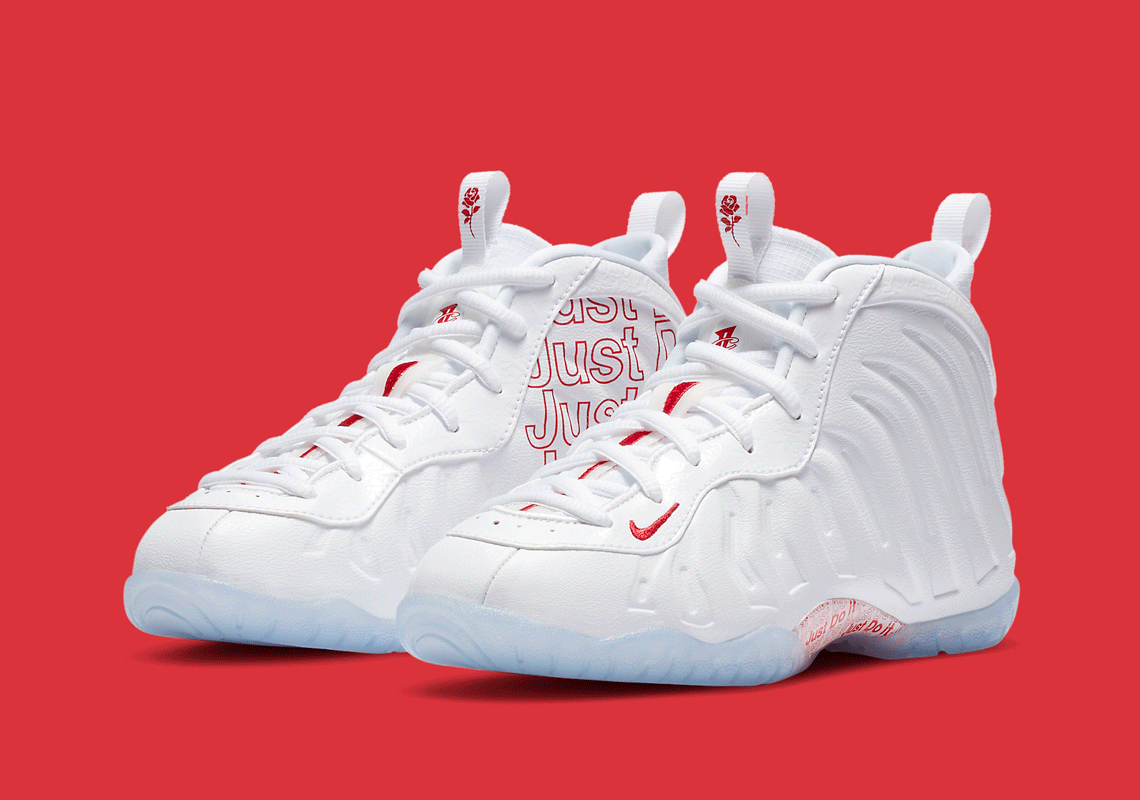 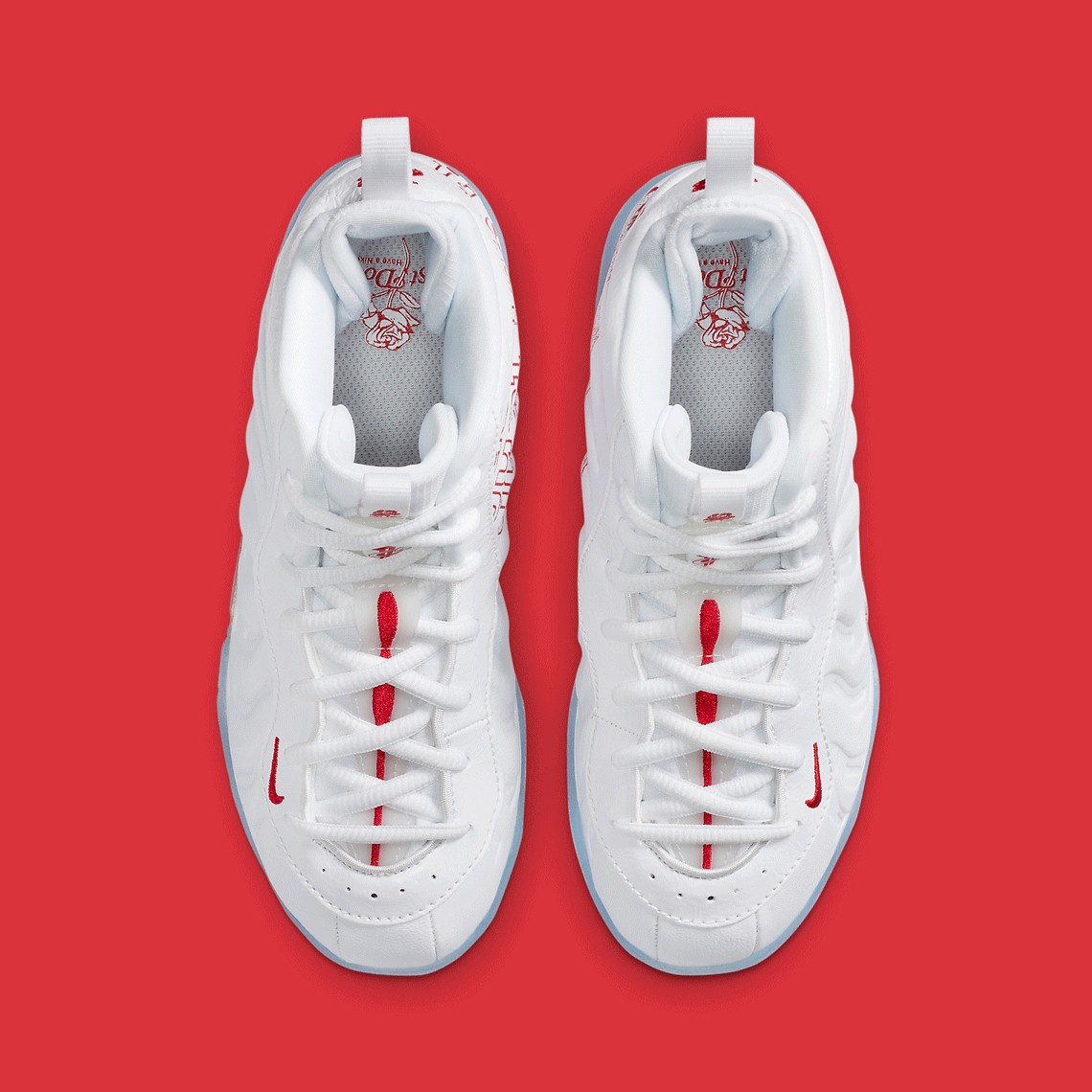 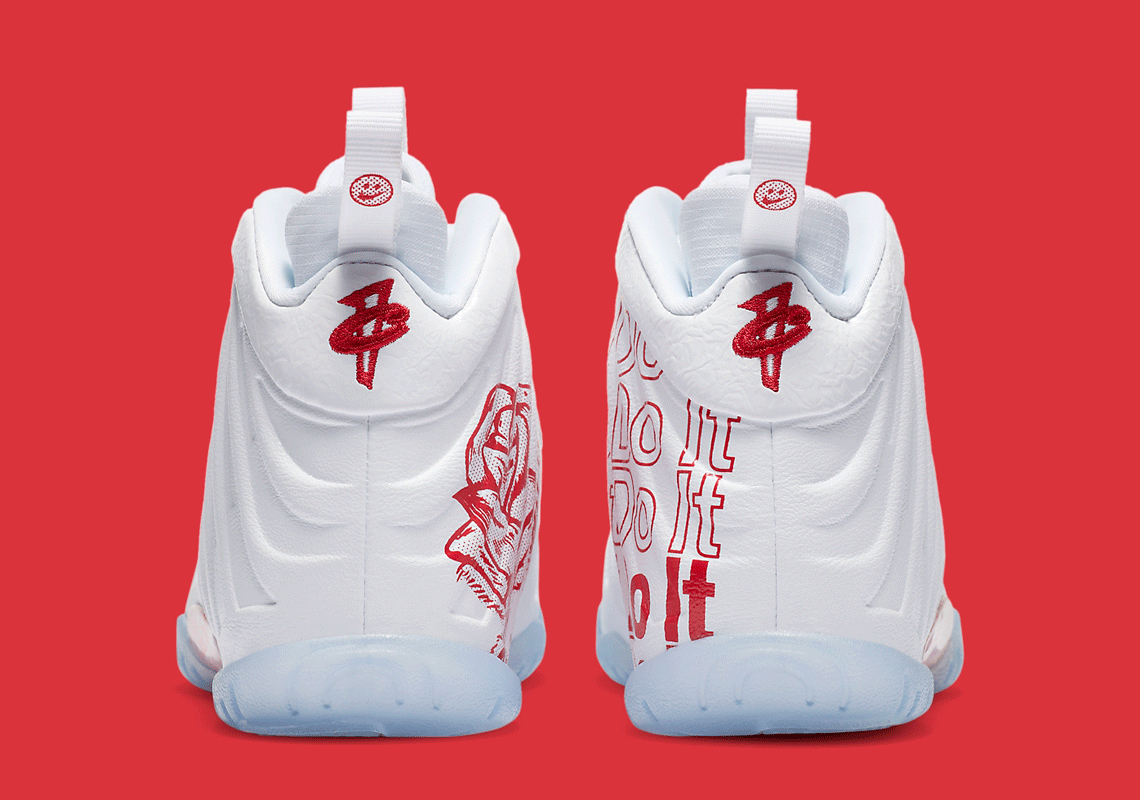 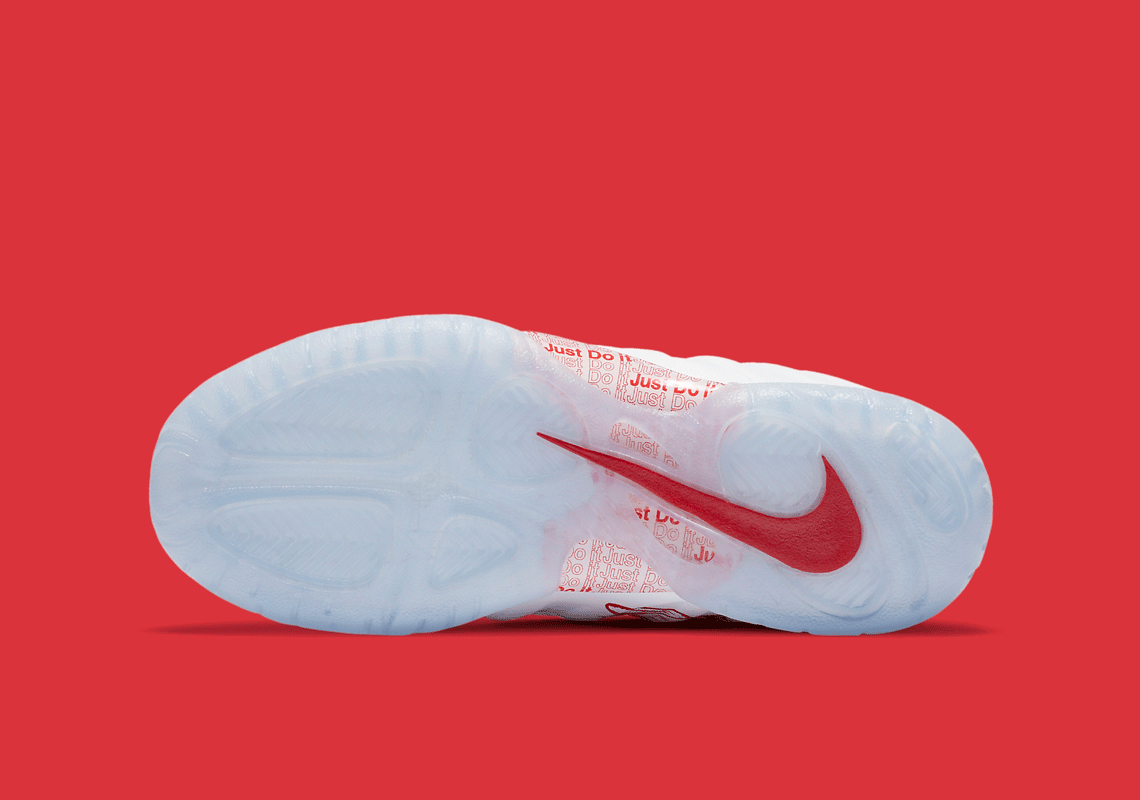 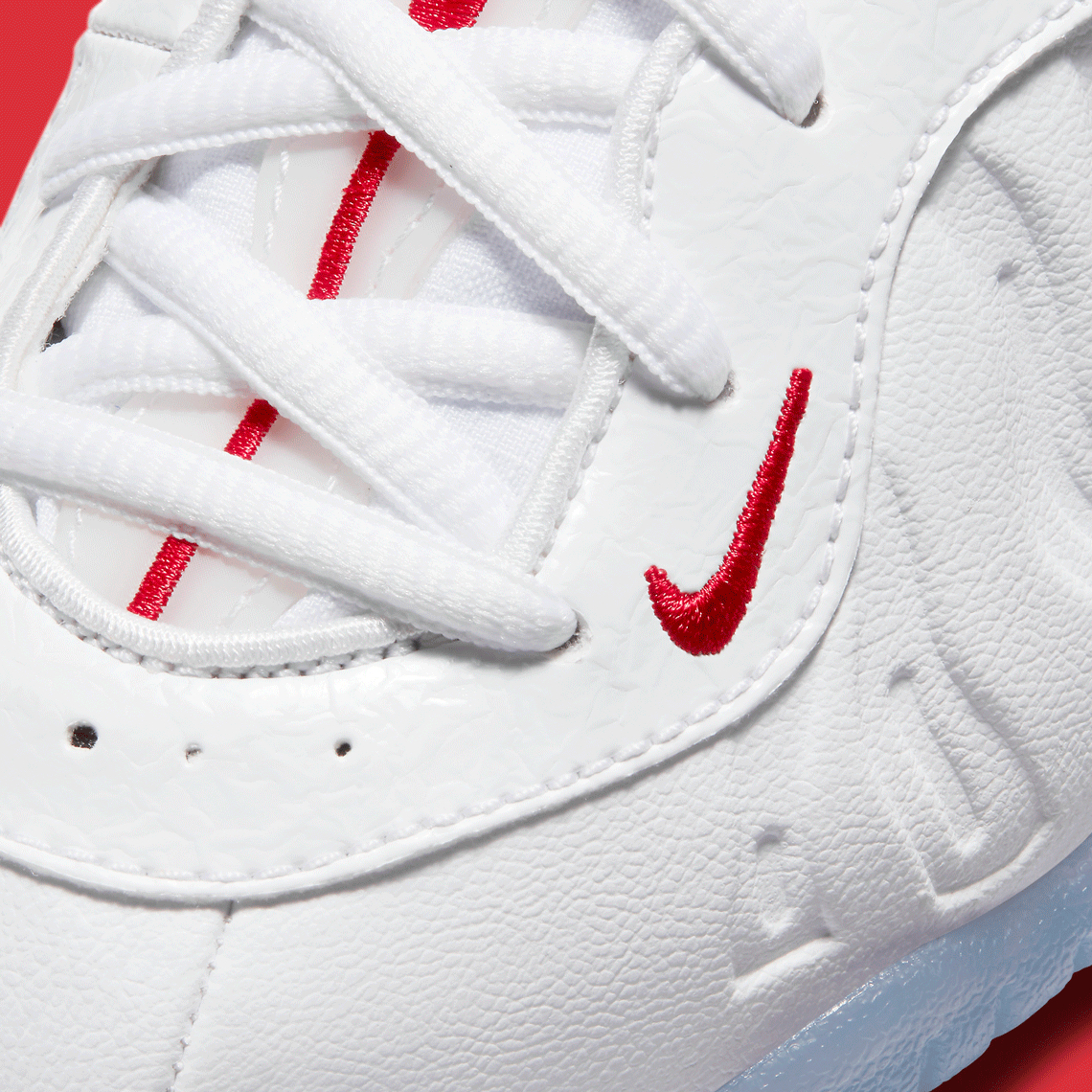 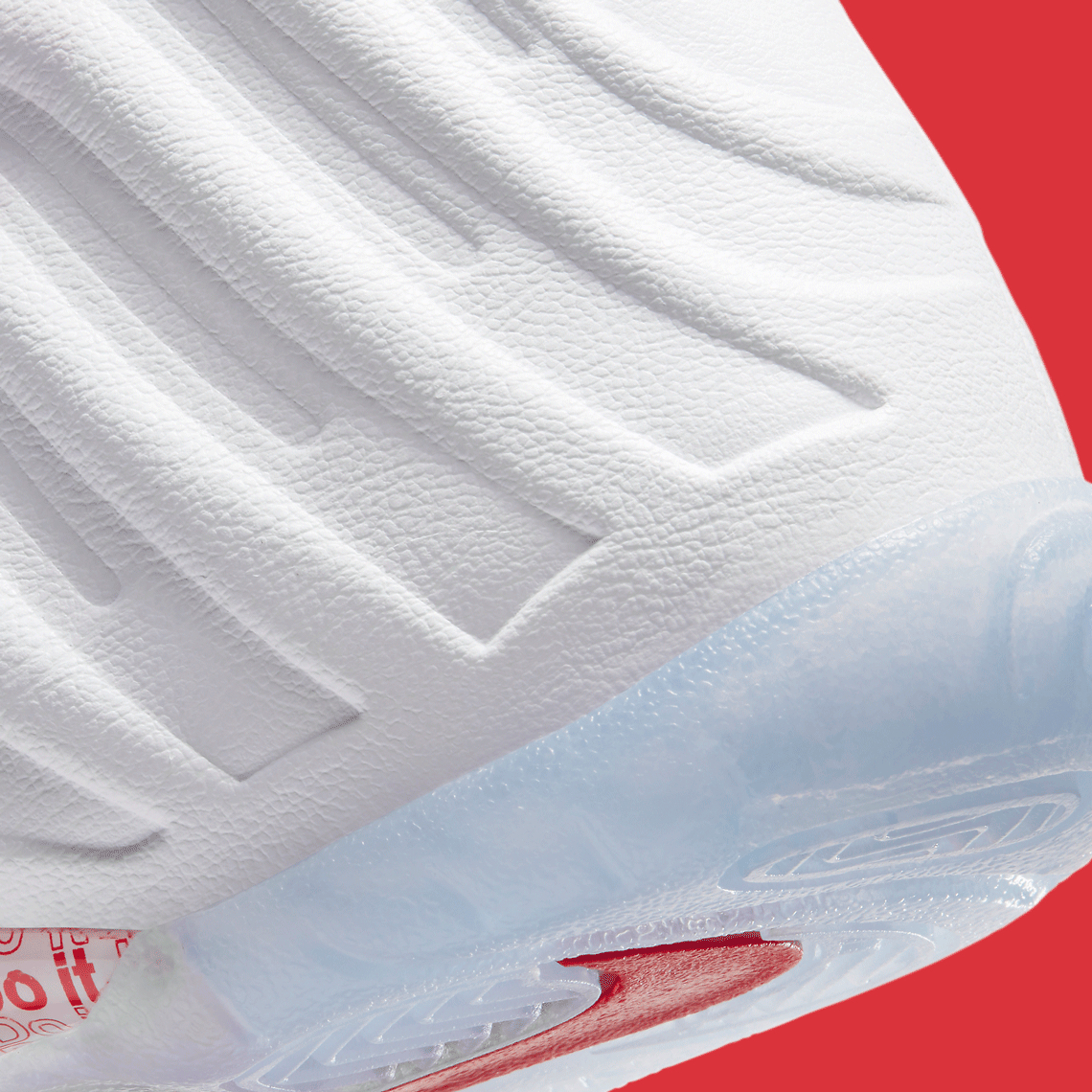