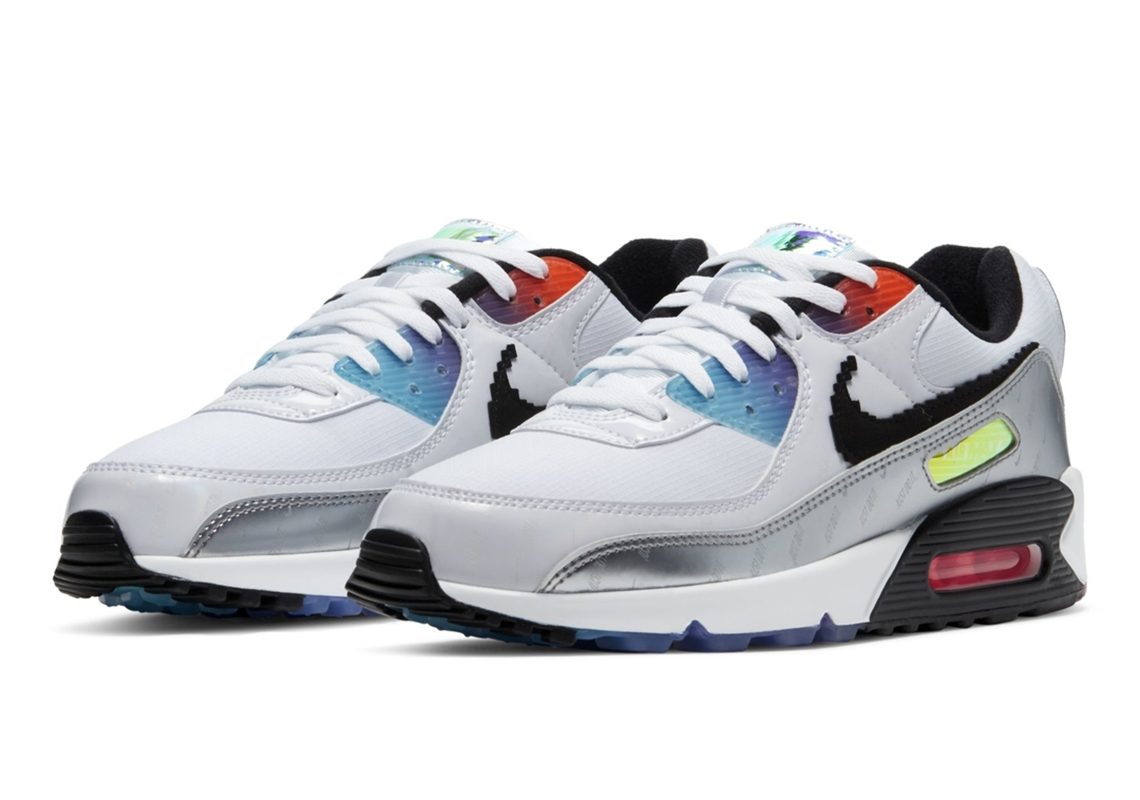 This Nike Air Max 90 Is Made For Retro Gamers

Only recently has gaming moved its way past nerd culture and into the mainstream, many now proud to consider themselves avid gamers, streamers, or professionals in the E-Sports scene. And what was at first thought unthinkable has slowly changed the idea of “cool,” inciting many retailers and brands to tap into the market in some way or another. While adidas has gone the route of collaborations, tapping into the audience of former Twitch personality Ninja, Nike has opted to deliver a selection of NBA2K20 exclusives and a series of retro gaming inspired classics.

First done on the Blazer Mid, the latter themes are now transitioning over to the Air Max 90, bringing along with it nearly every one of the aforementioned’s more colorful and louder details. Most notably, the Swooshes on both sides are chiseled down to resemble pixels, a nod to the 8-bit library that effectively set the tone for the rest of the entire industry. Silver metallics then outfit along the mudguard with a subtle print of “JUST DO IT” that ostensibly nods to loading screens in its text and perpetuity. White patent leathers and matching mesh then construct the majority of the upper, accented atop with gradient-dressed eye stay molds, an iridesescent tongue patch, and a removable velcro-backed heel tab.

Grab a detailed look at these here and sit tight for more word on their upcoming Nike.com release.

In other news, official images of a Paris KITH Air Force 1 have been revealed. 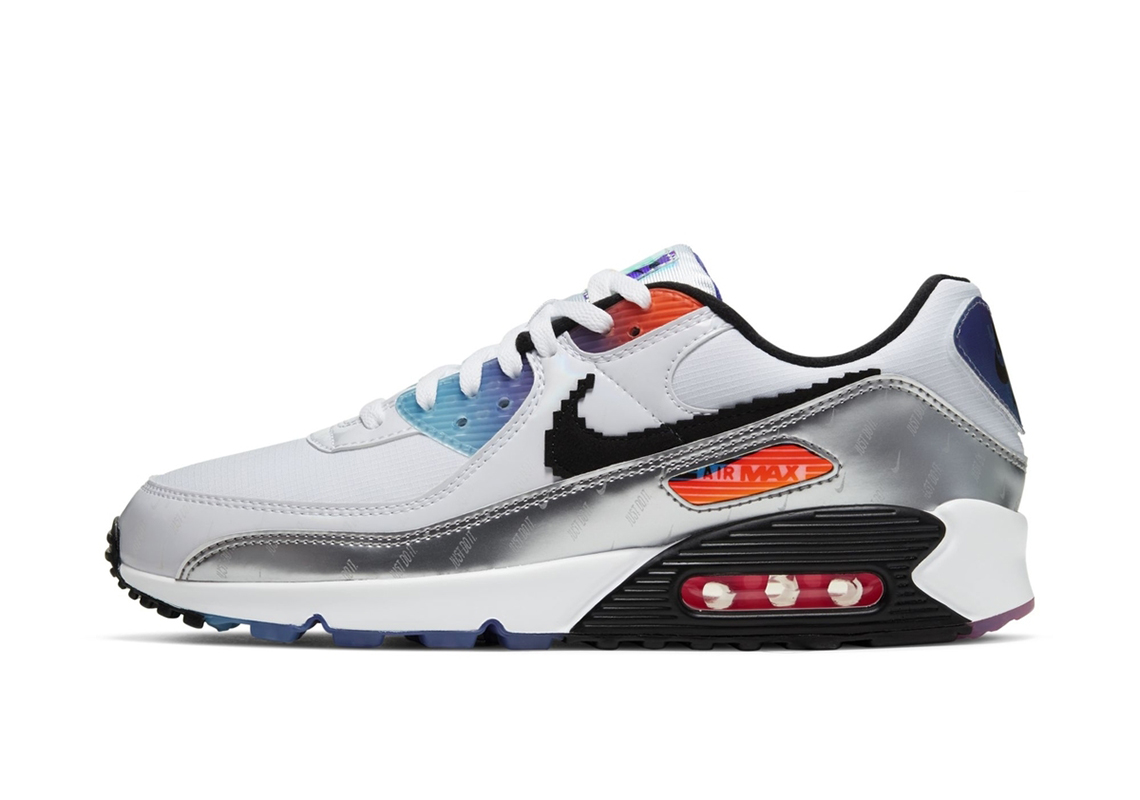 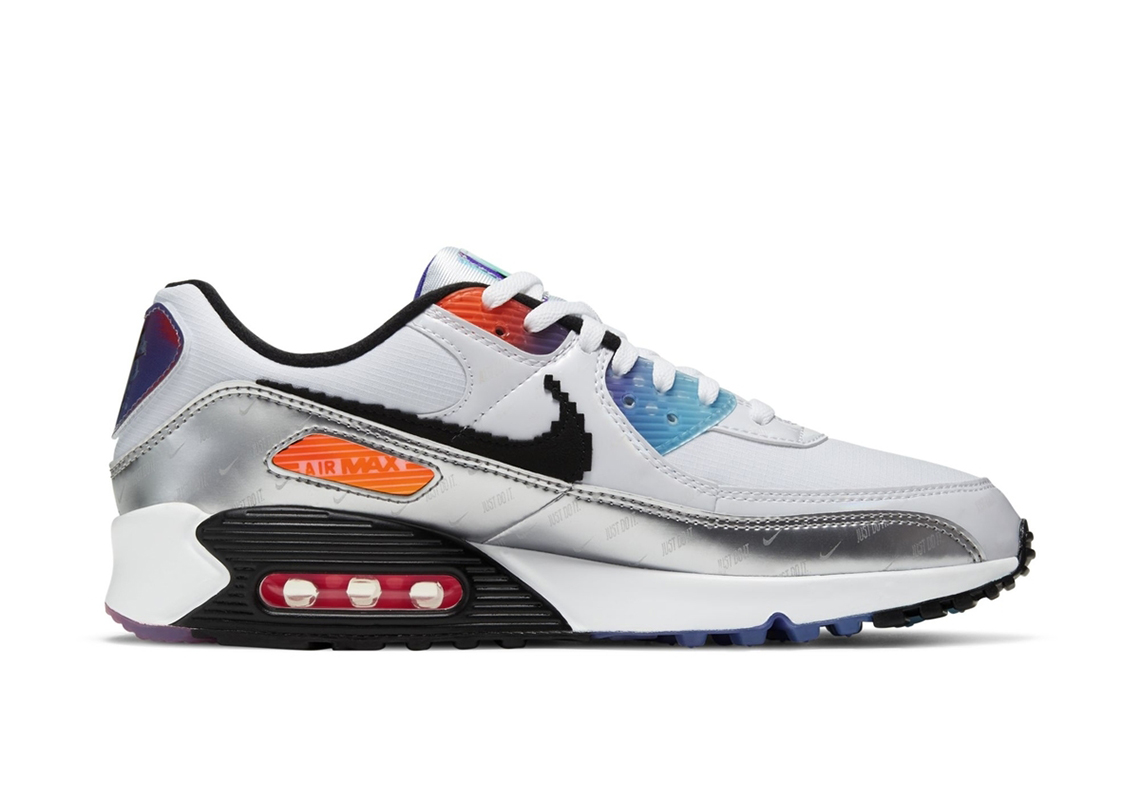 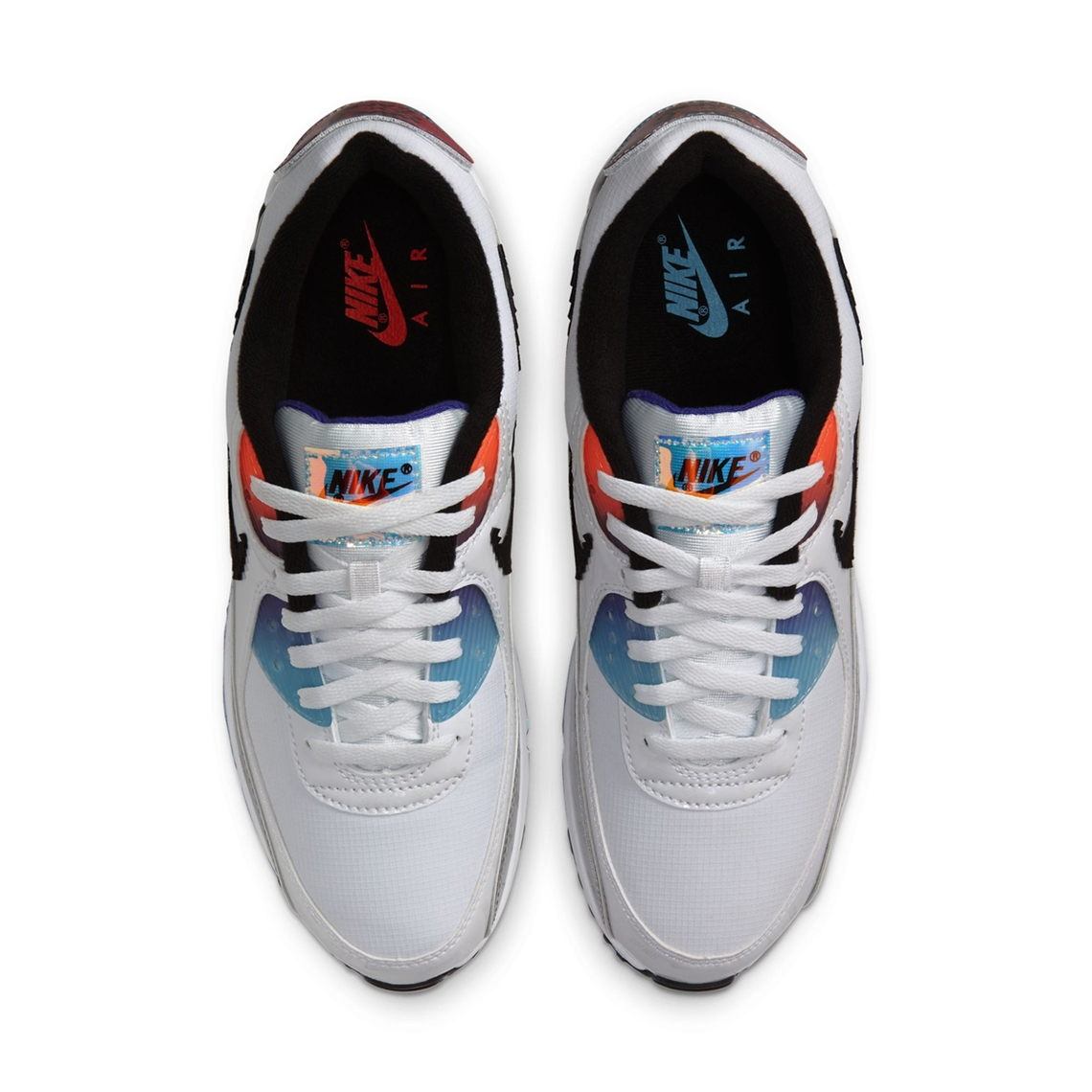 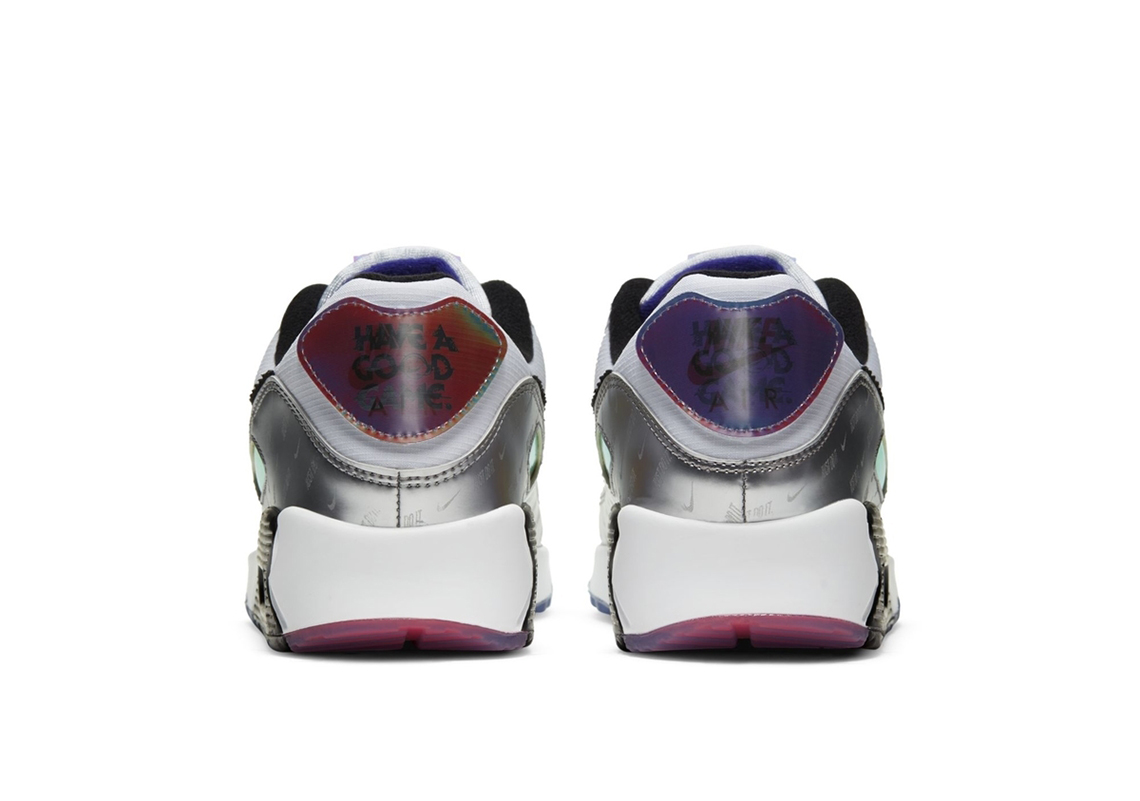 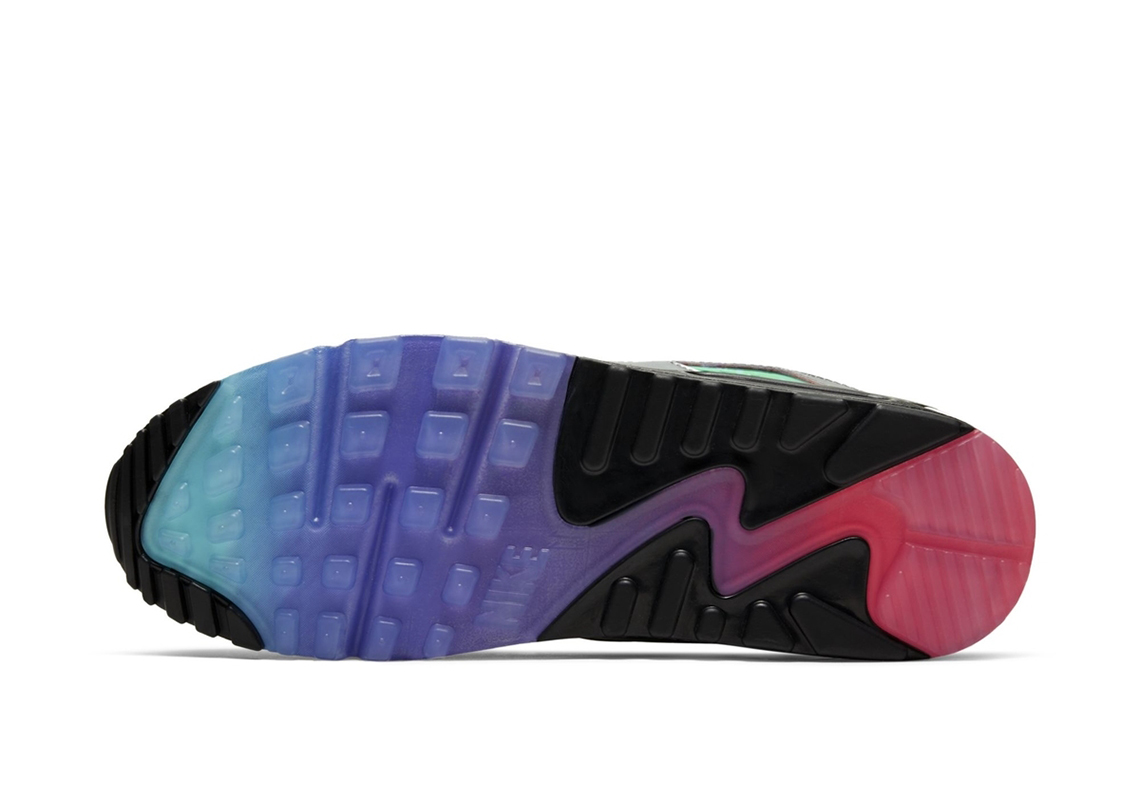 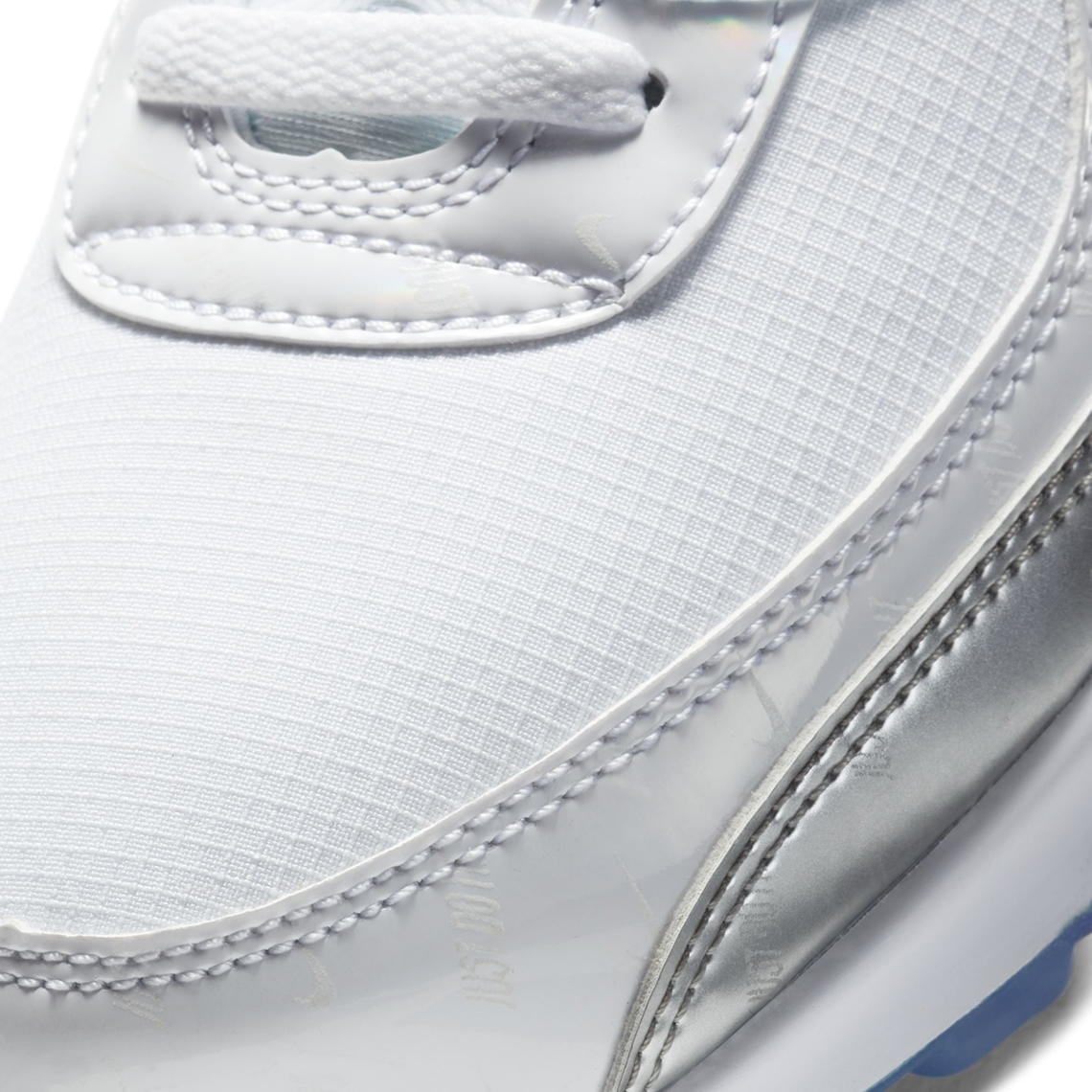 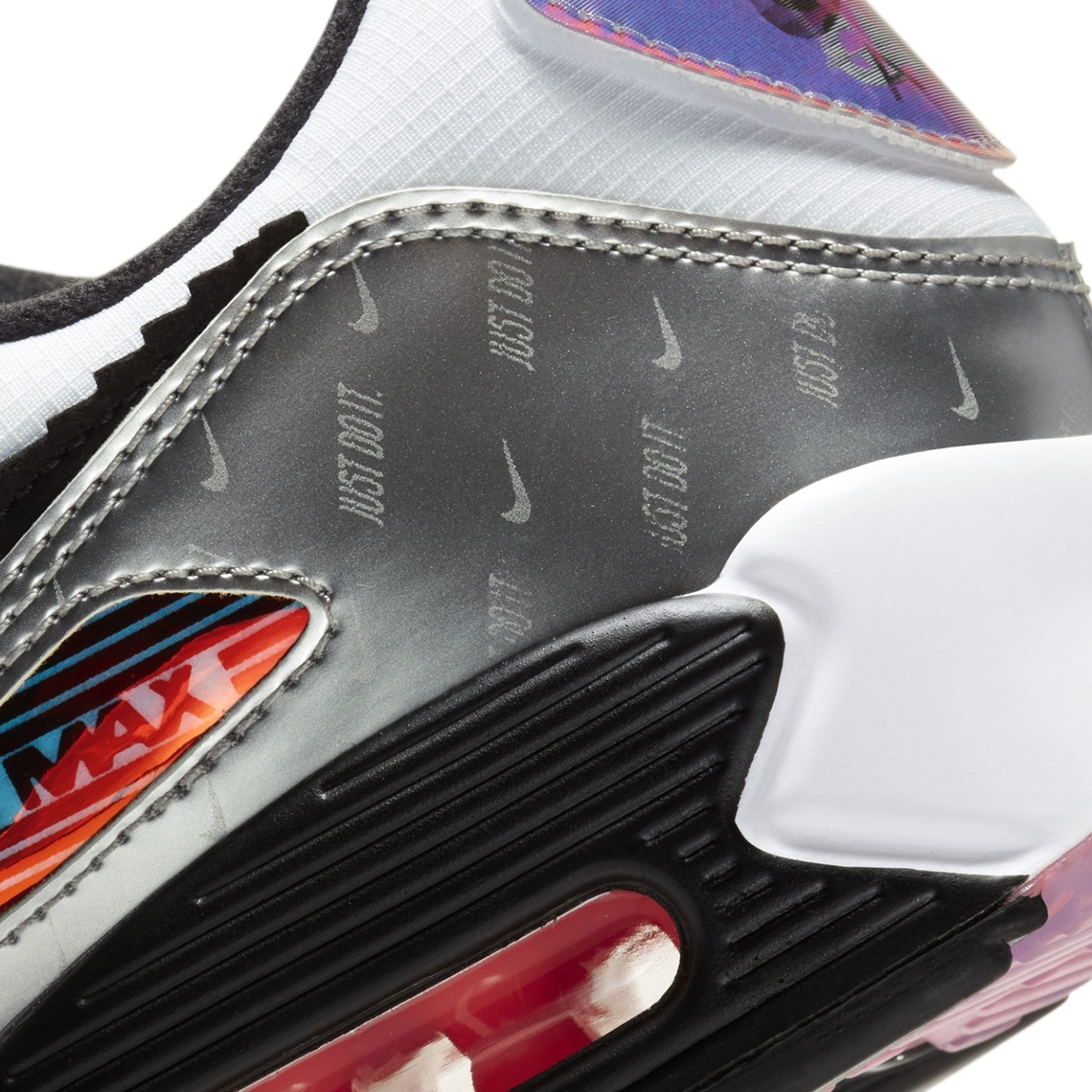 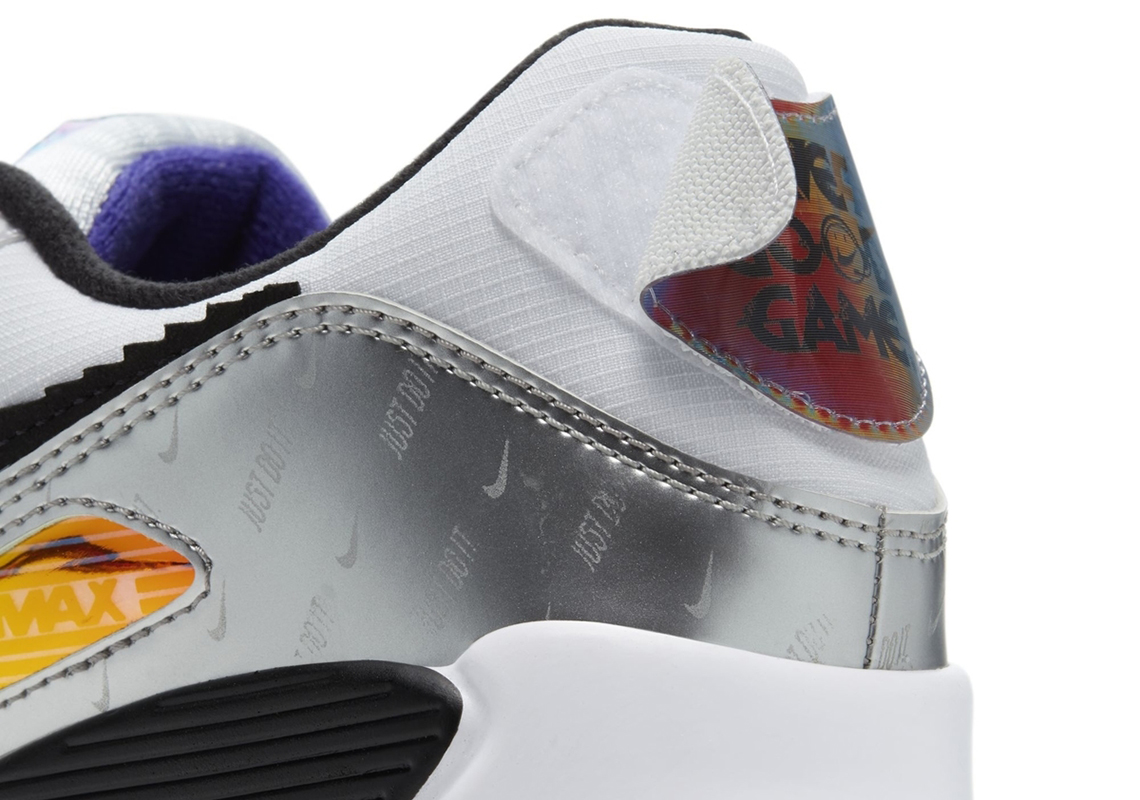 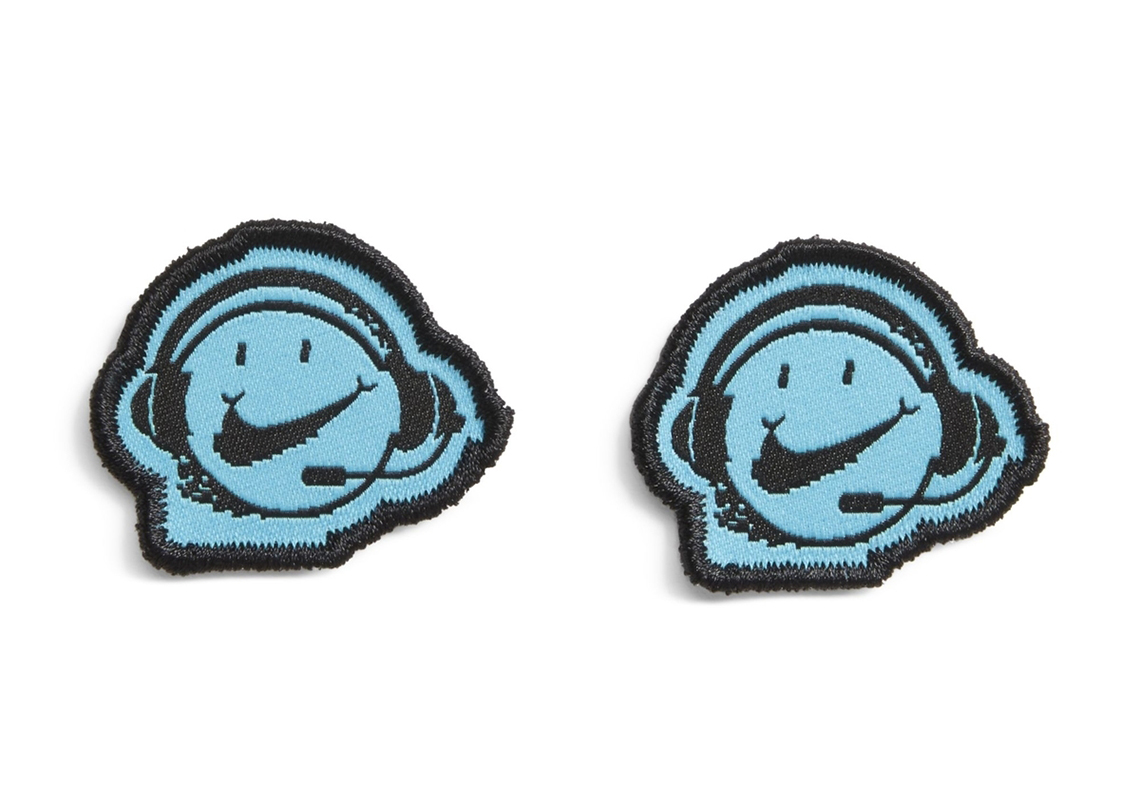 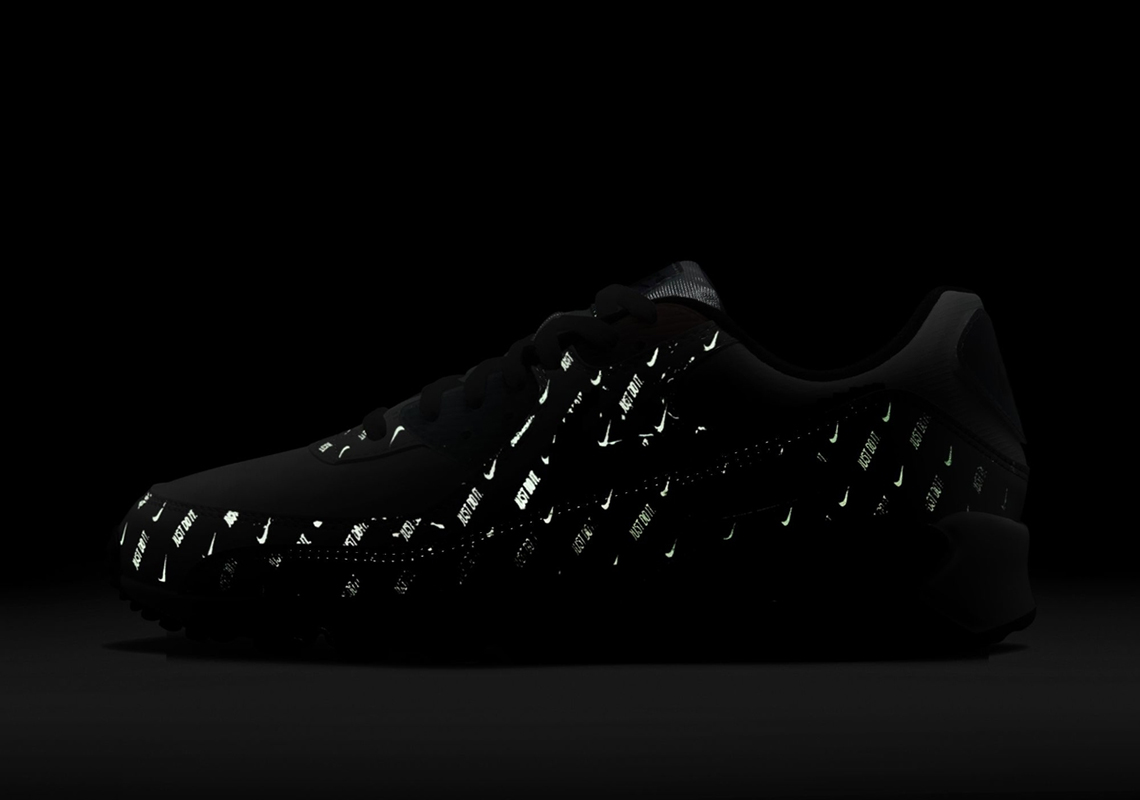