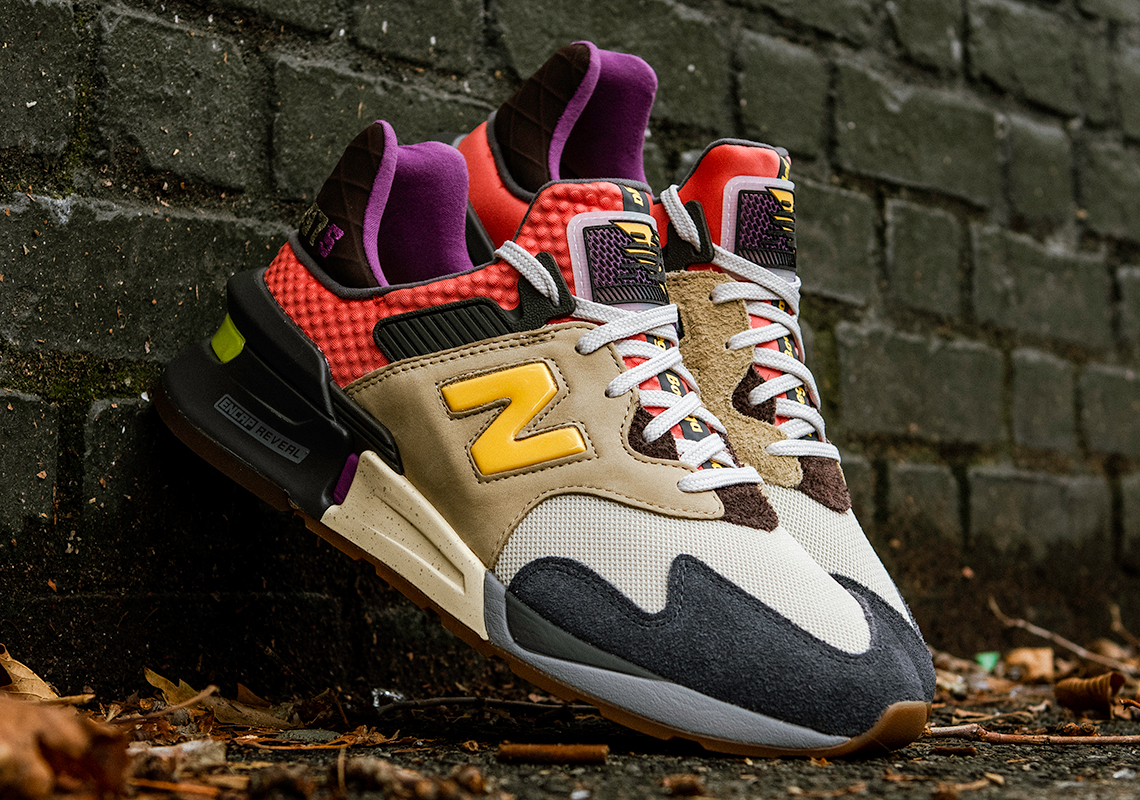 Together, Bodega and New Balance have a rich history of collaborating on sneaker projects, and some of their most notable creations fall under their 997S series that was first proffered to the market back in April 2019. Fast forward to nearly a year and a half later, the two institutions are set to reconvene here shortly and deliver the final chapter of the collection with an official release of the “Better Days” colorway.

Following the reveal of its first images yesterday, we now have an exclusive look at the pair in all its glory. Right off the bat, you’ll notice that they are packed chock full of outdoor-friendly tones, and this is further confirmed by the animated desert/horseback-riding graphic that’s printed atop the footbeds. Mixing hues both vibrant and trail-appropriate, this 997S iteration transitions from grey/white toe boxes to tan-colored mid-foot overlays to its padded heel underlays dyed with a louder crimson skin. Additional upper details arrive by way of its diamond-patterned heels that are externally colored in a mud brown and internally dyed with a bright purple, as well as the tongues which feature a repeating Bodega-printed banner that runs down its throat — a detail that’s absent on the first two releases. The ABZORB cushioning unit down below is housed within a segmented midsole that alternates between neutral tones, and is strung together with gum treading. Scroll further down to view more detailed imagery, and find these dropping likely through a Bodega raffle and NewBalance.com on September 25th.

For other footwear news, first images of the Kasina Dunks have surfaced. 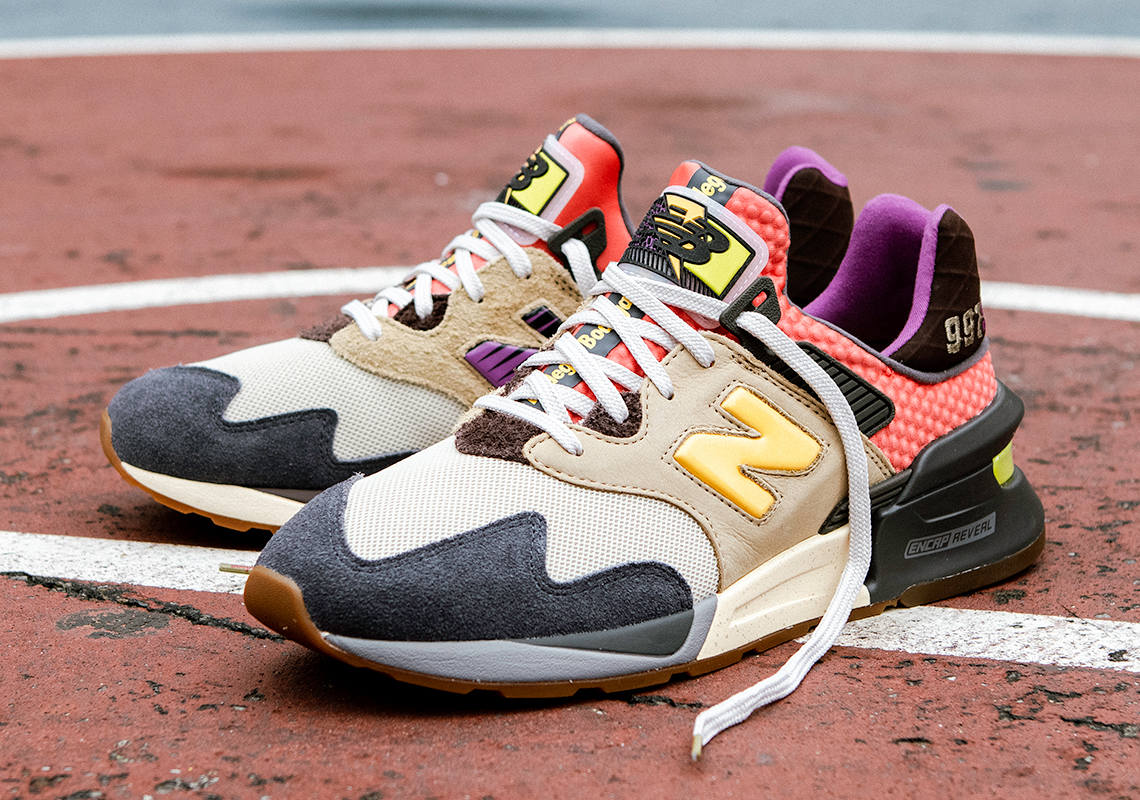 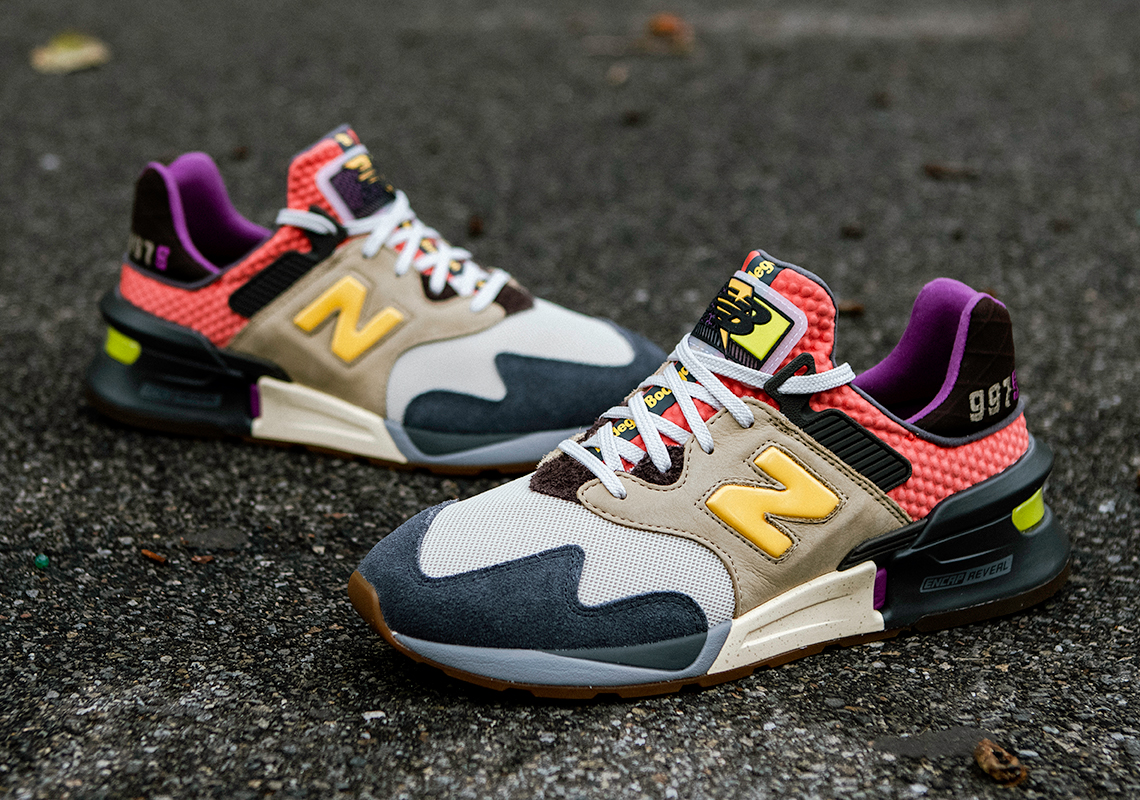 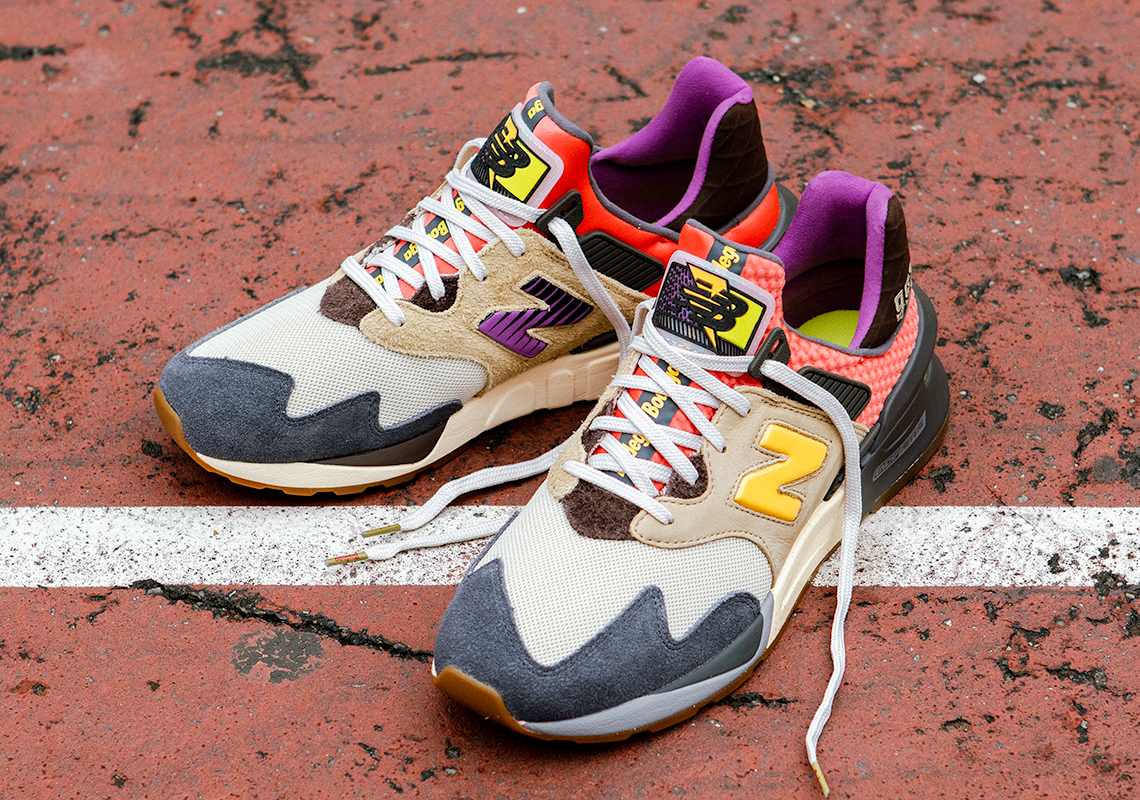 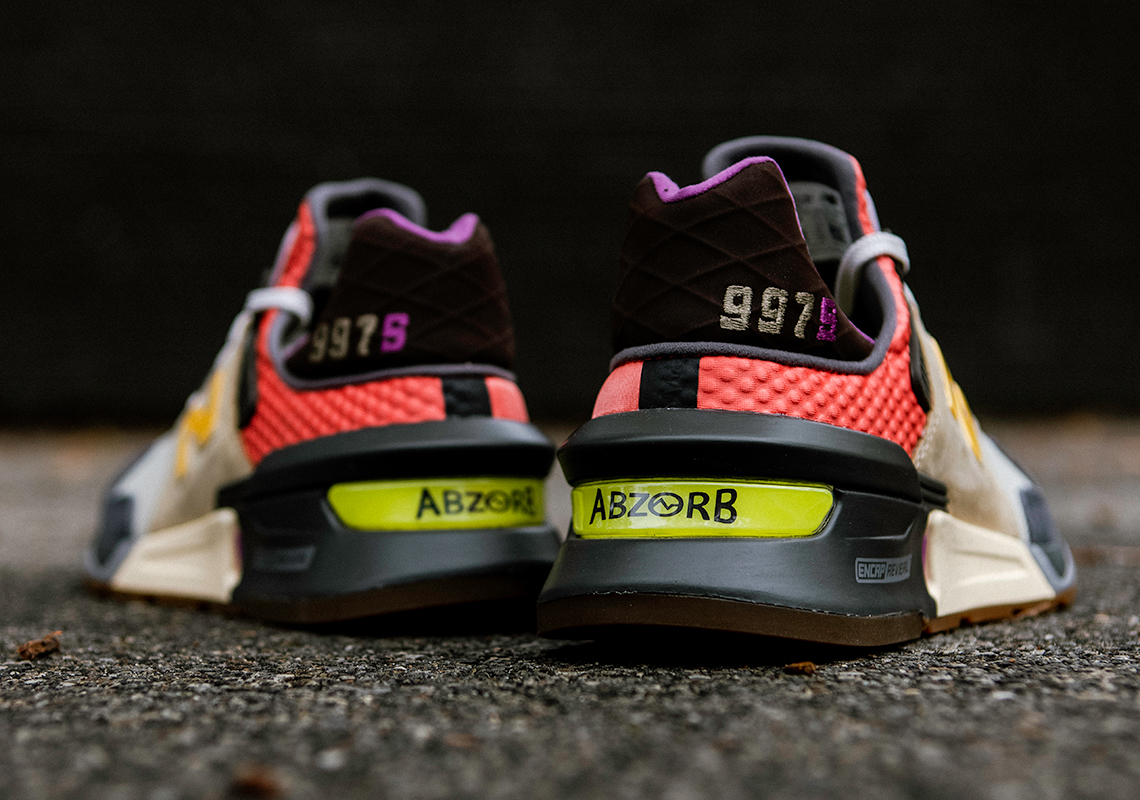 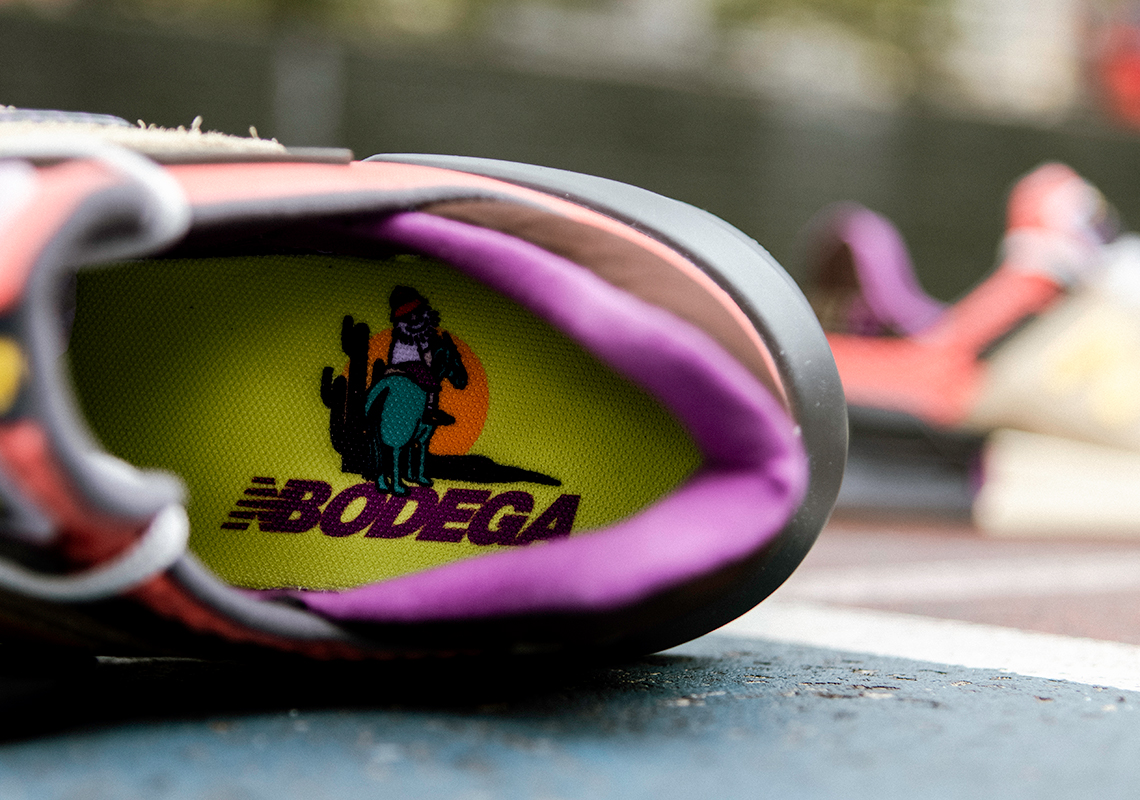 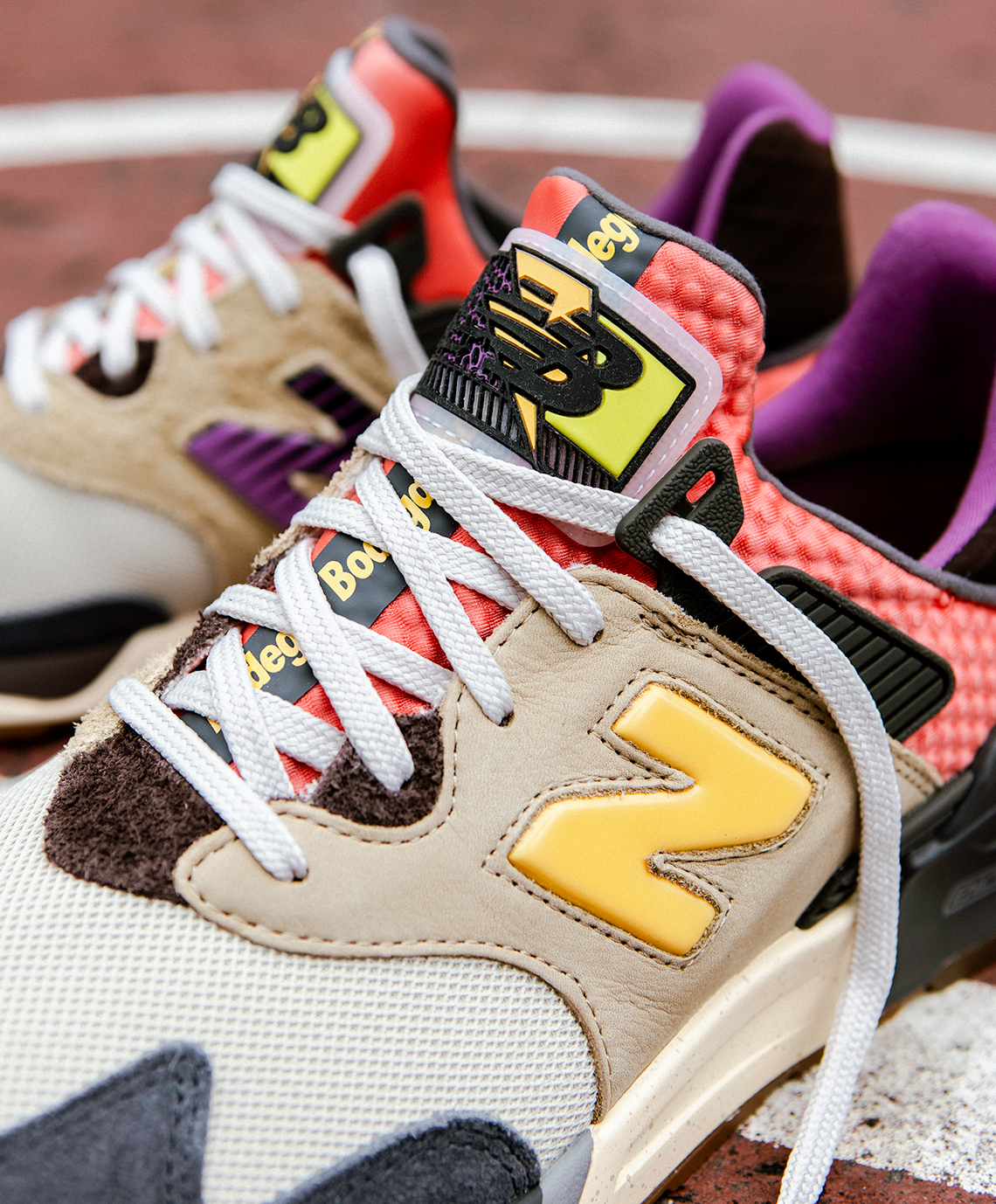 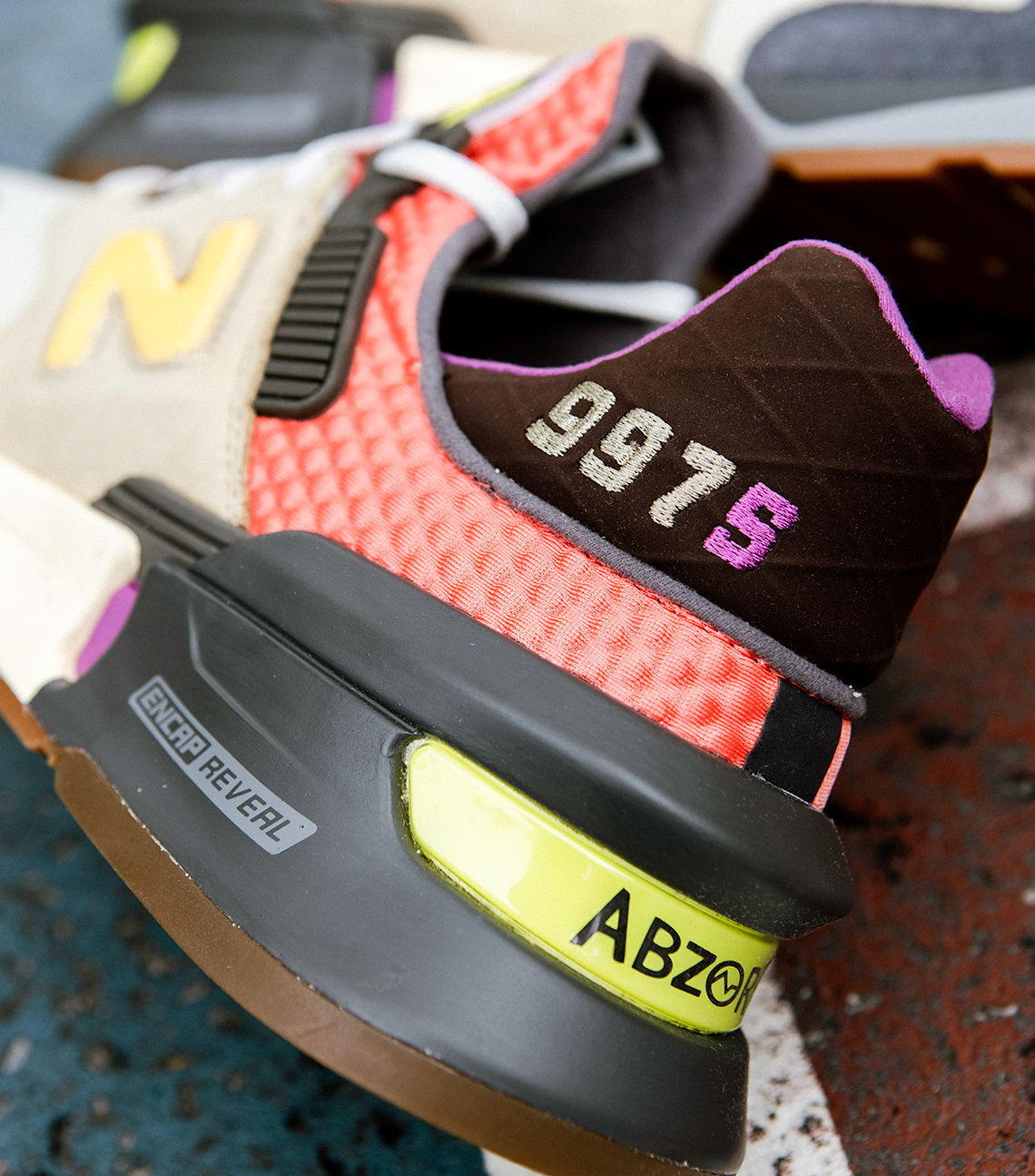