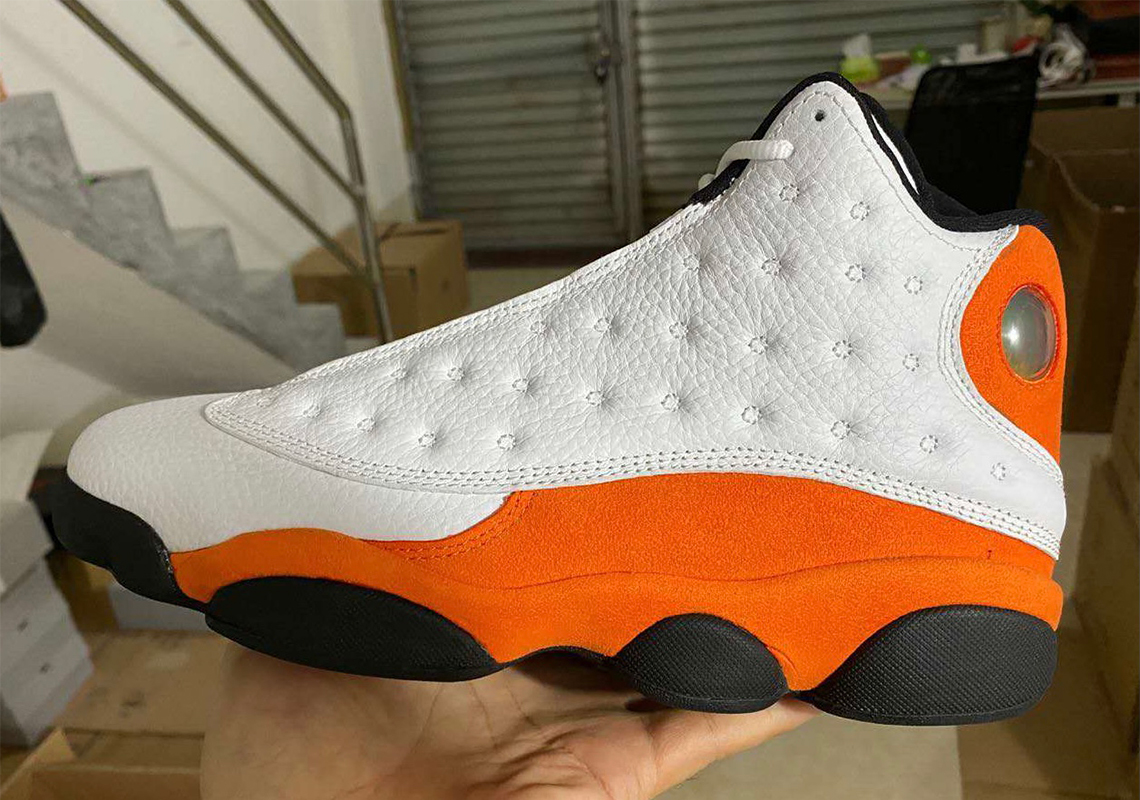 Teased earlier in the year, the Air Jordan 13 “Starfish” has finally appeared for the first time outside of mock-ups. Scheduled for first thing 2021, the colorway effectively continues Nike’s current support for the model, it following the “Lucky Green” readied for later in the year and predating standouts like the “Gym Red” that is to be released further along in Spring.

Like many of the silhouette’s best, the color blocking follows a simple, two-toned treatment that leads with the titular shade. Orange suedes accent both the mudguard as well as the heel, complemented adjacent by white tumbled leathers. These, which overlay along both the medial and lateral profile, bear their the usual arrangement of indents and texture, contrasting the toe box whose crinkles are far more tame. Then, you can find black neutrals atop the lining and sole, while the signature emblem along the heel bears a green holographic.

Catch a detailed look at these here courtesy of @zsneakerheadz and expect a release to arrive January 2nd, 2021.

In other news, the Air Jordan 1 Bio Hack is releasing at the end of the week. 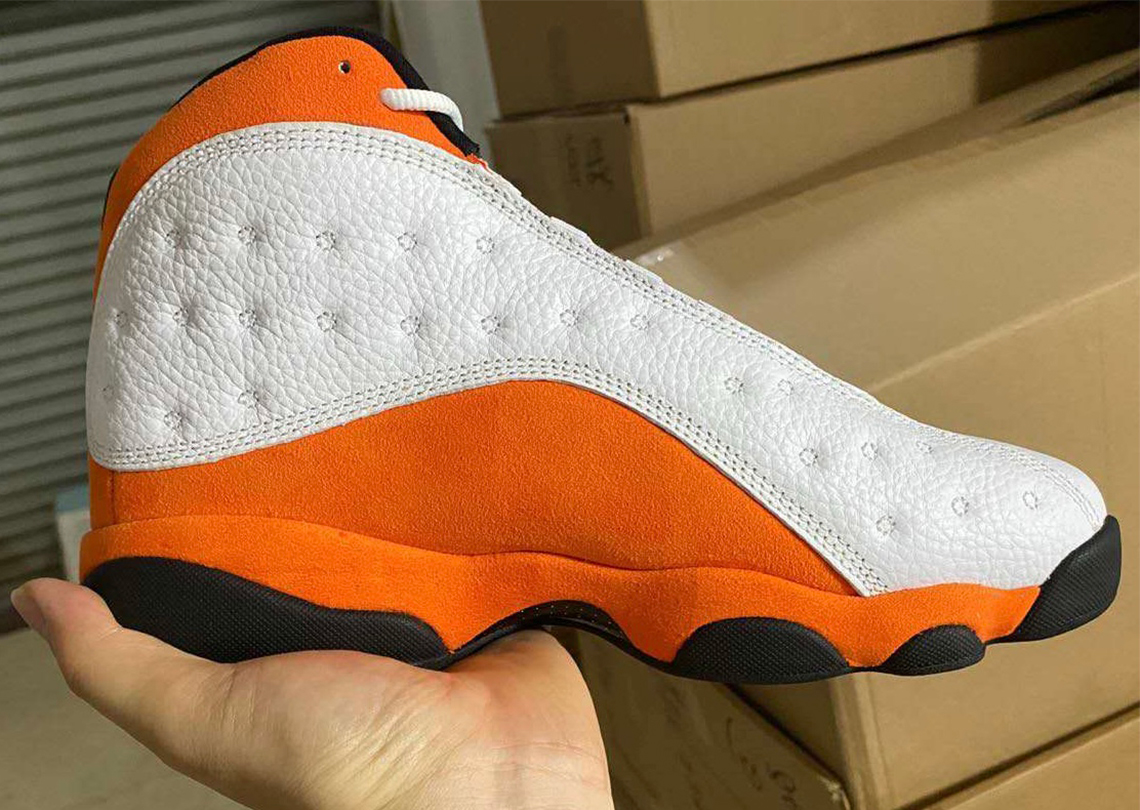 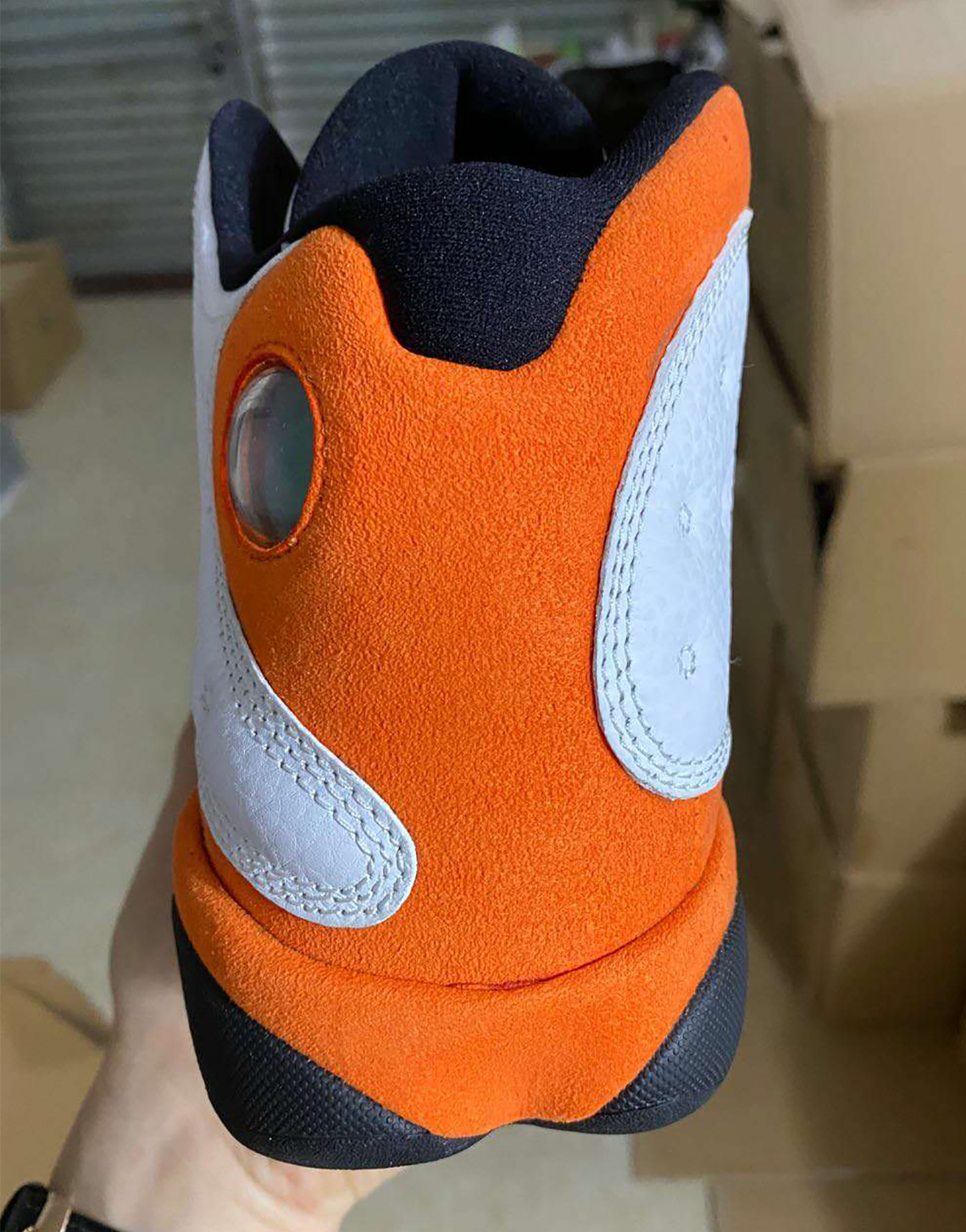 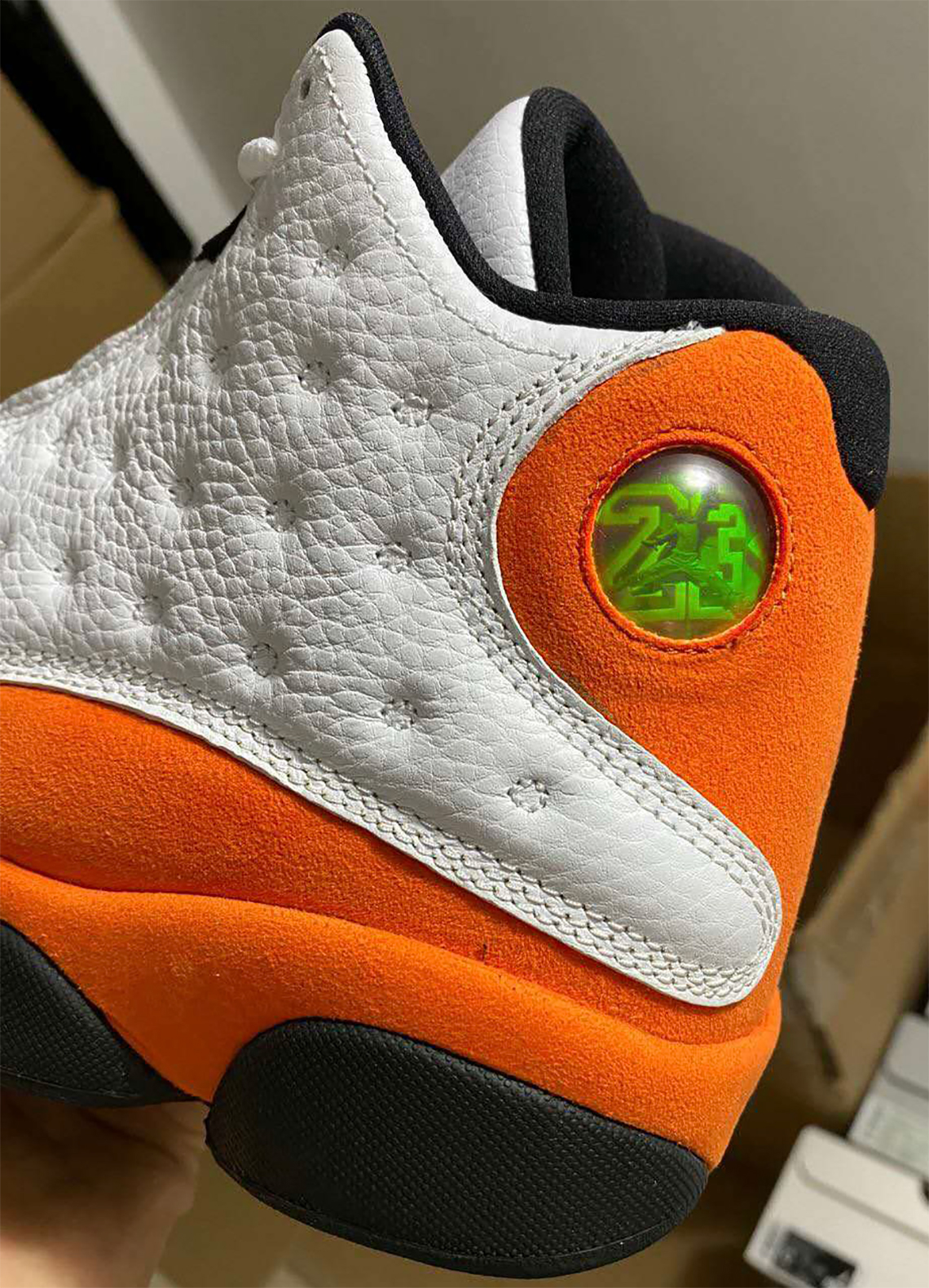 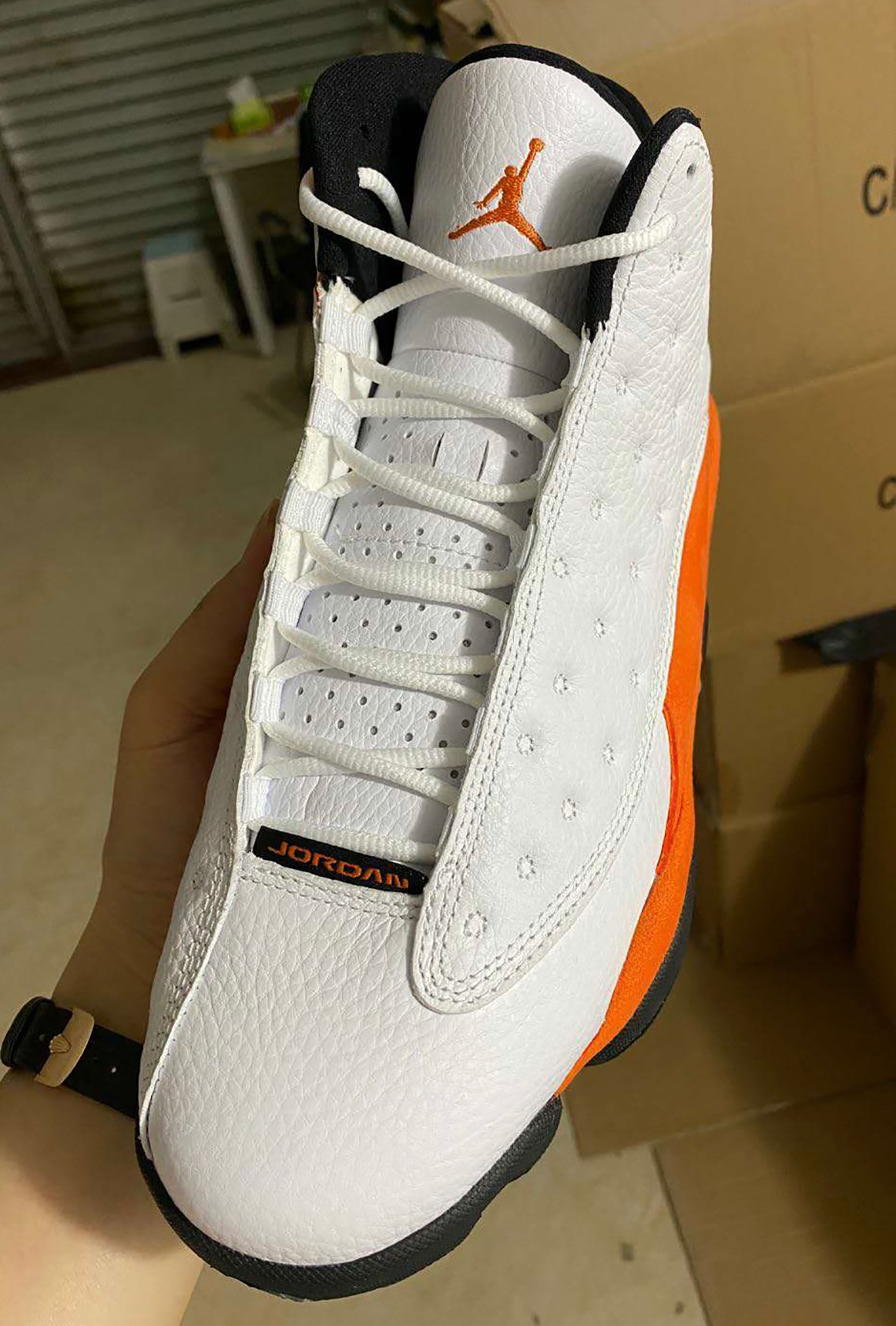 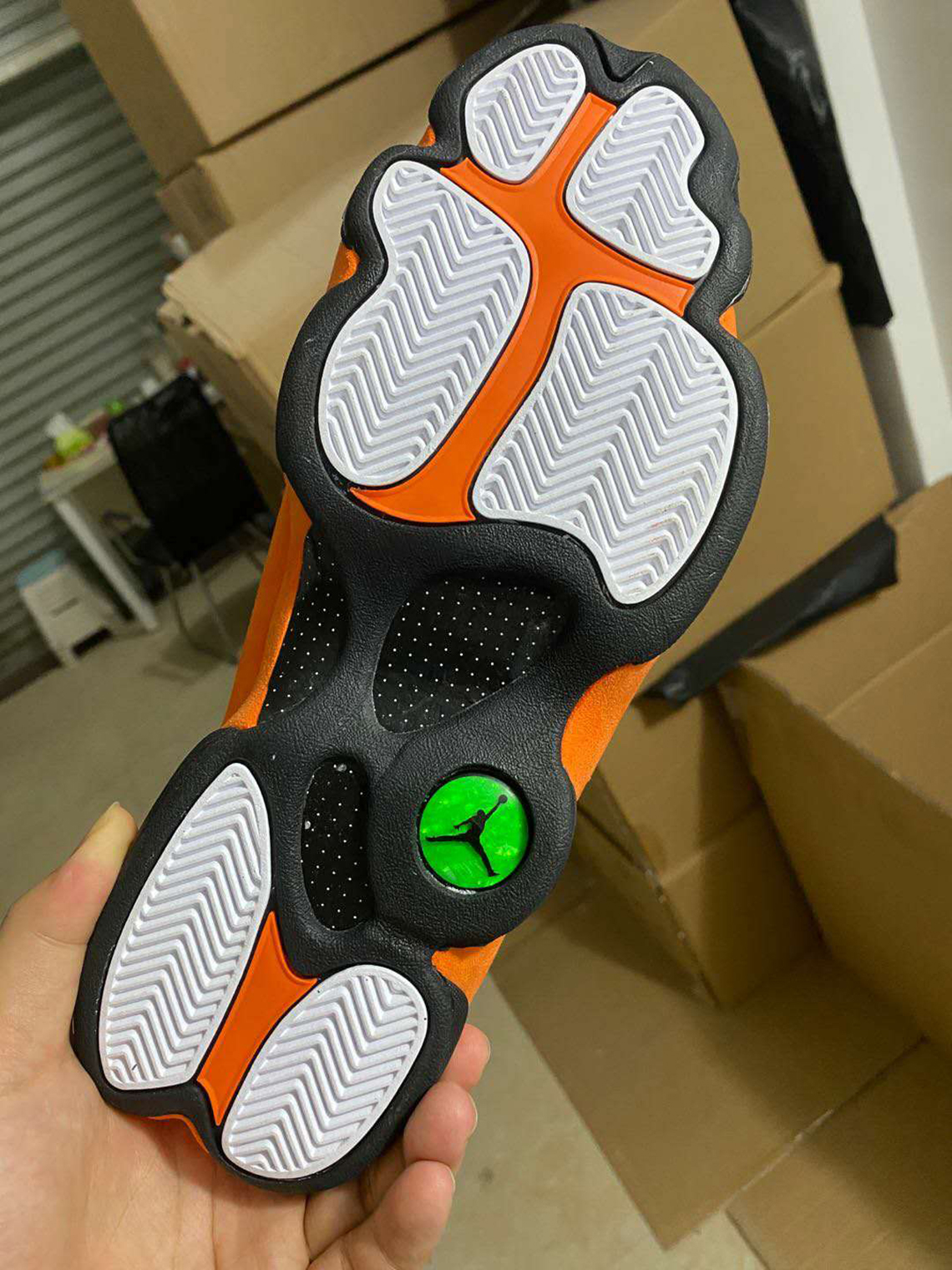