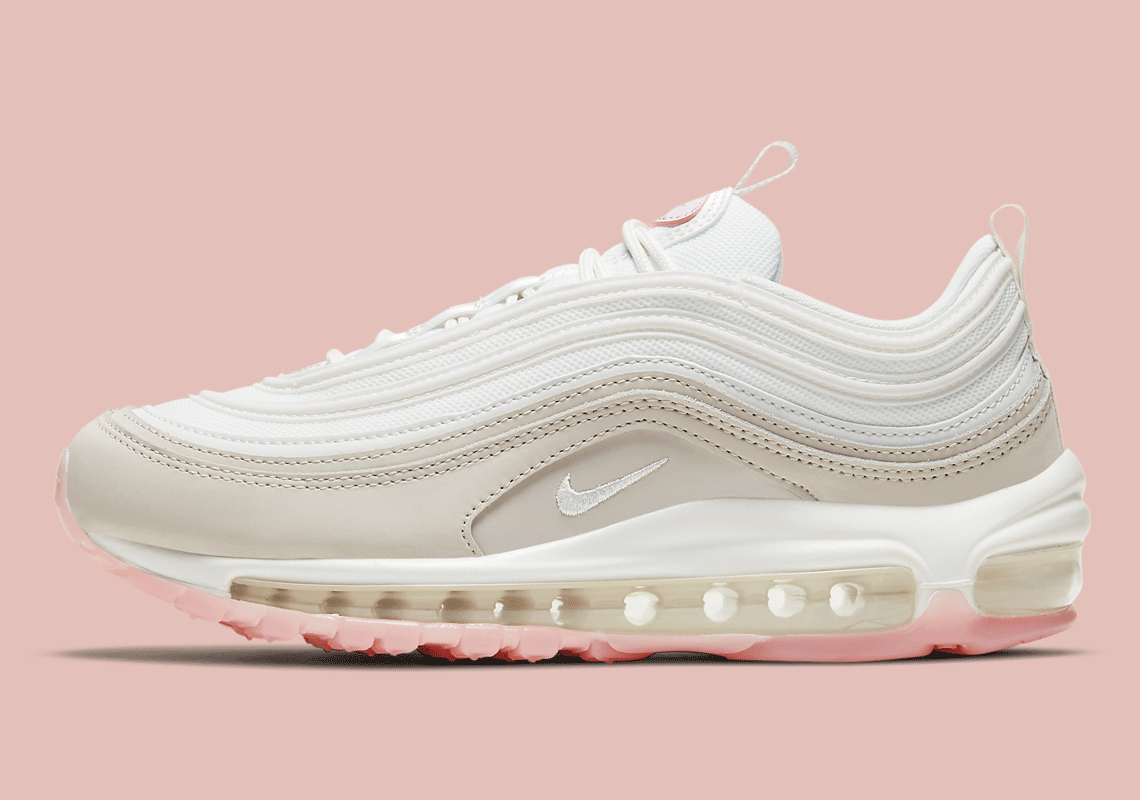 The Nike Air Max 97 has solidified itself as one of the more beloved silhouettes within the Air Max family, but the last decade has seen it overshadowed by several of its kin. While 2020 hasn’t been different, the Christian Tresser-designed sneaker has dressed up in a handful of impressive ensembles to start the new decade. The latest look features a two-tone “Summit White” arrangement complemented by pink accents.

Mesh bases and their respective fabric overlays indulge in a clean, light shade of the white-variant. The extensive mudguard just bellow the latter boast a “Bone”-like hue, and feature a contrasting swoosh at the midfoot. Branding on the tongue and sockliner deviate from the muted arrangement in favor of a faint, but eye-catching shade of rose. Underfoot, outsoles revel in the same tone, creating an aesthetic slightly reminisce of the Jordan 13 that launched in January for the Lunar New Year.

A release date is still unknown, but this women’s Air Max 97 is likely to quietly arrive to Nike.com before the year ends. Until then, enjoy official images of the pair here below.

Elsewhere under the NIKE, Inc. umbrella, the new Jordan Women’s Reign has recently been officially unveiled. 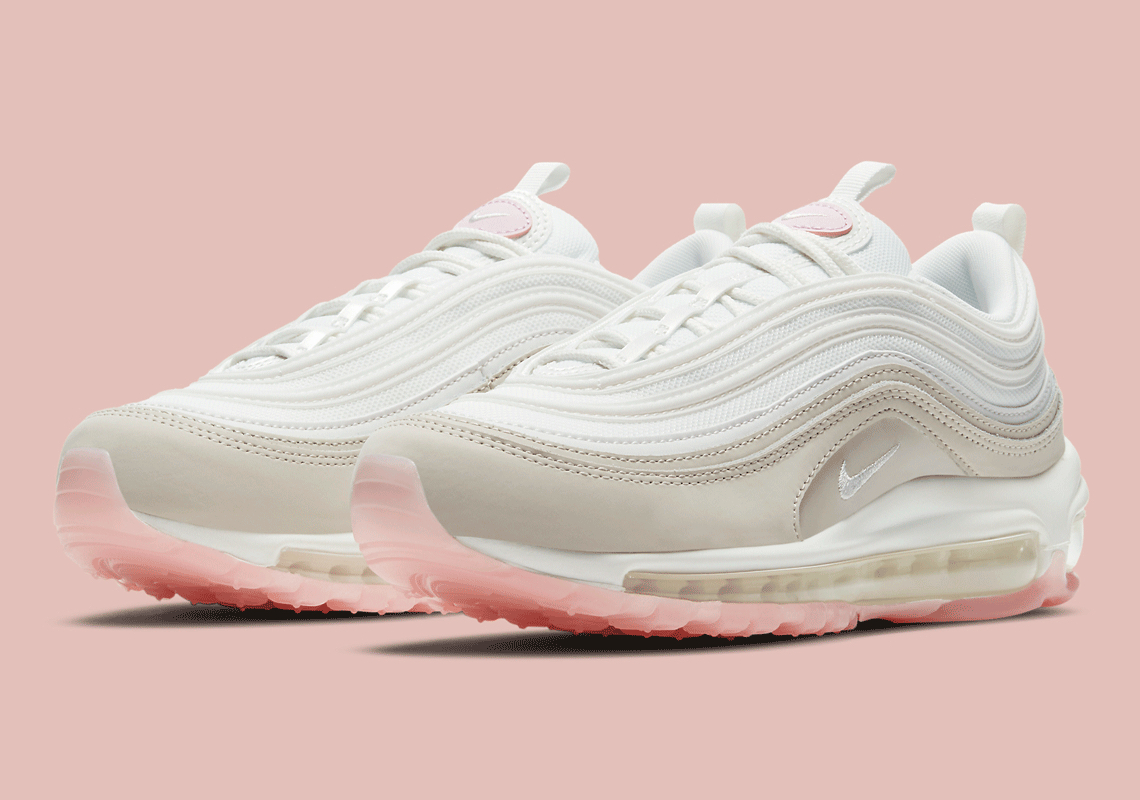 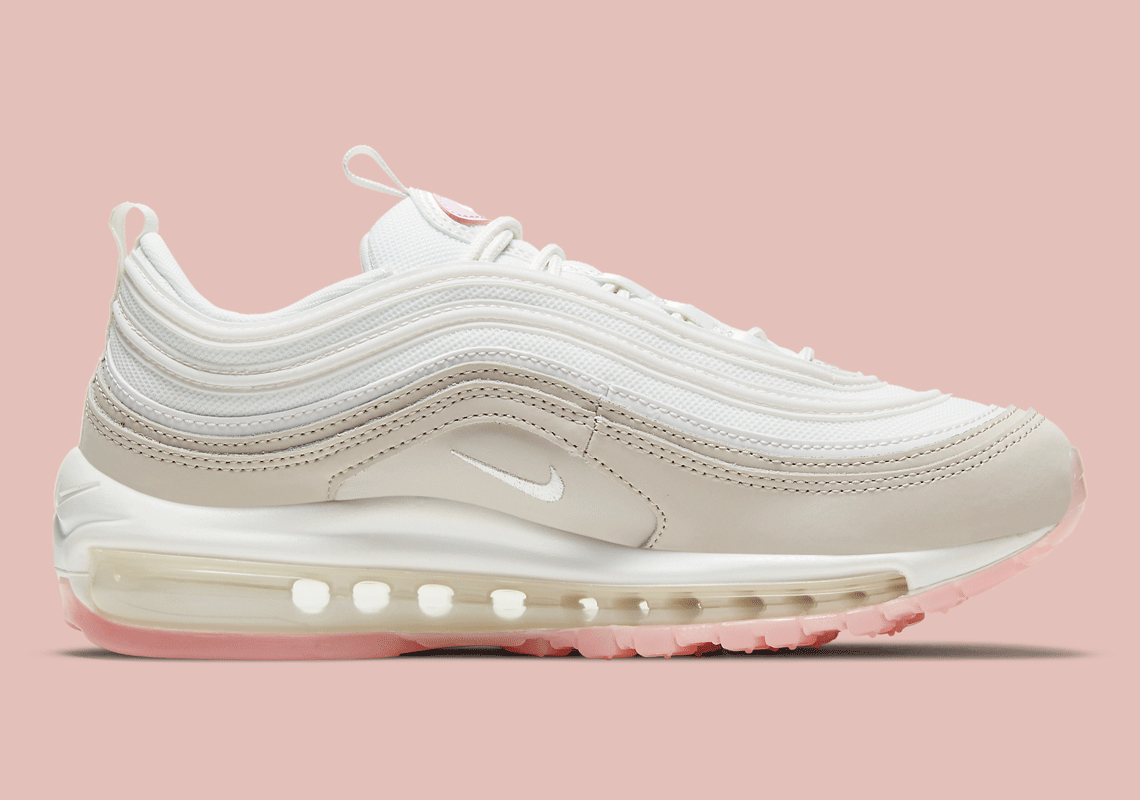 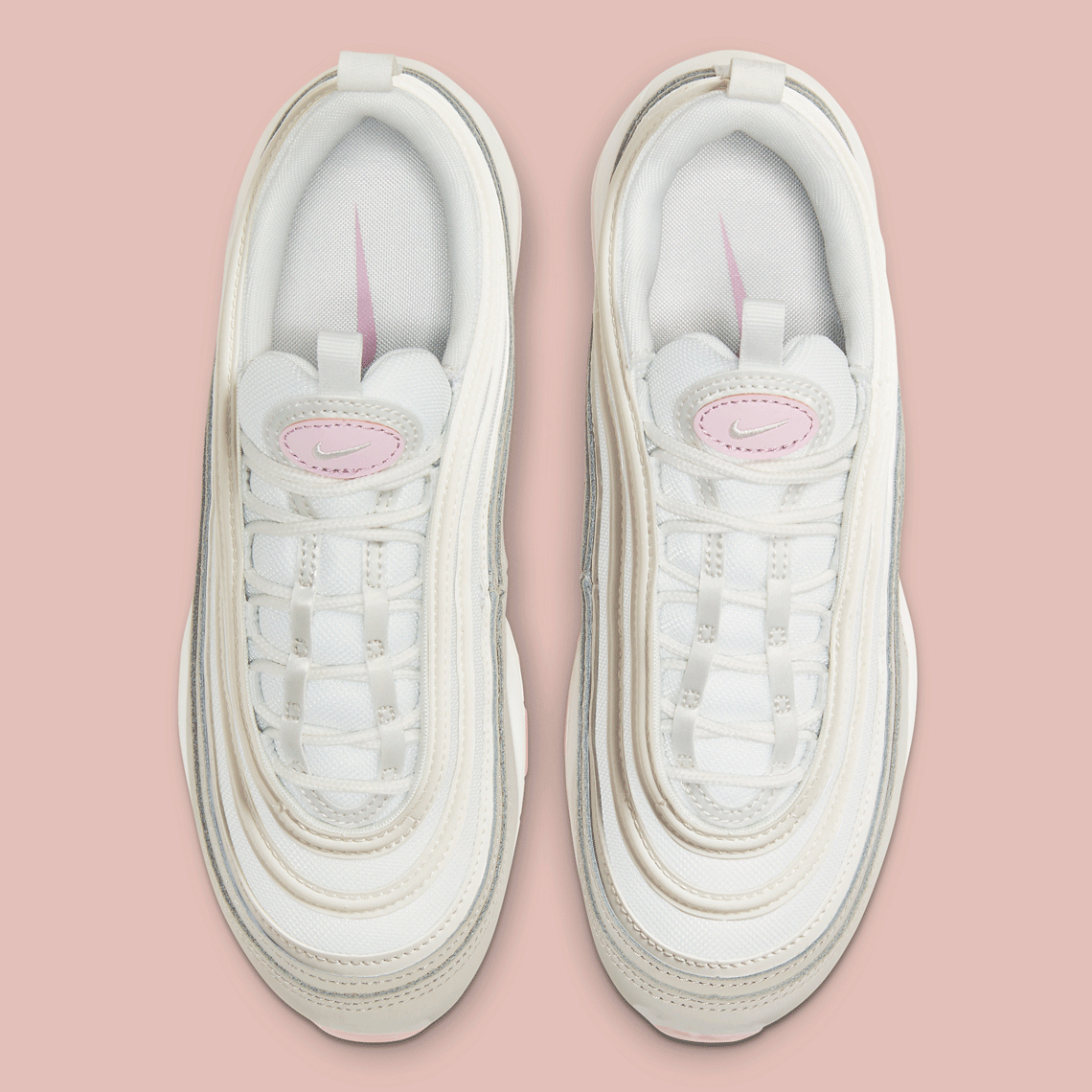 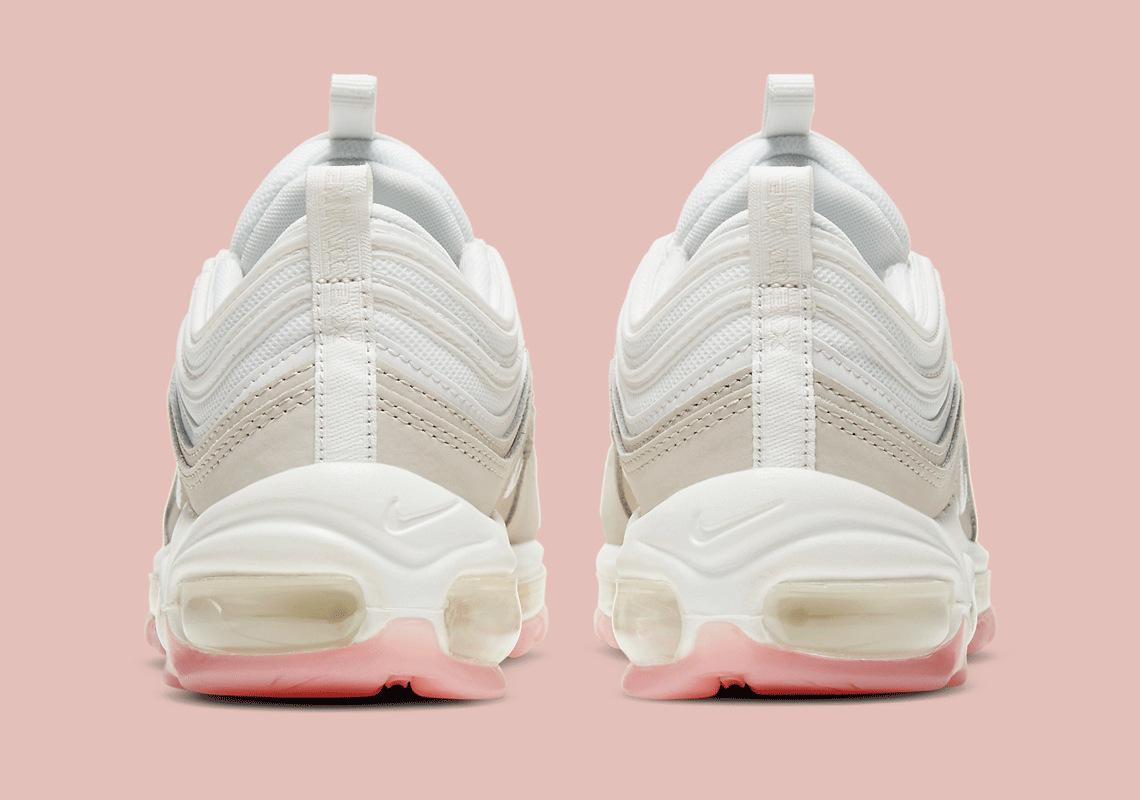 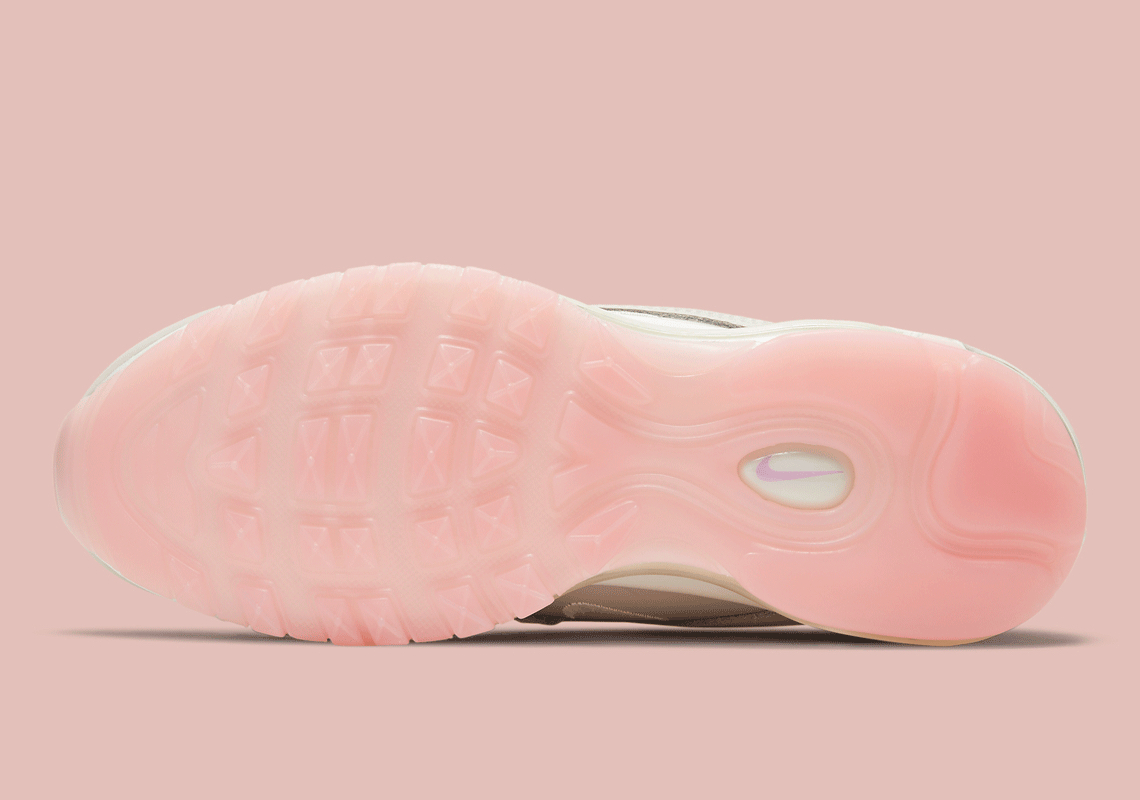 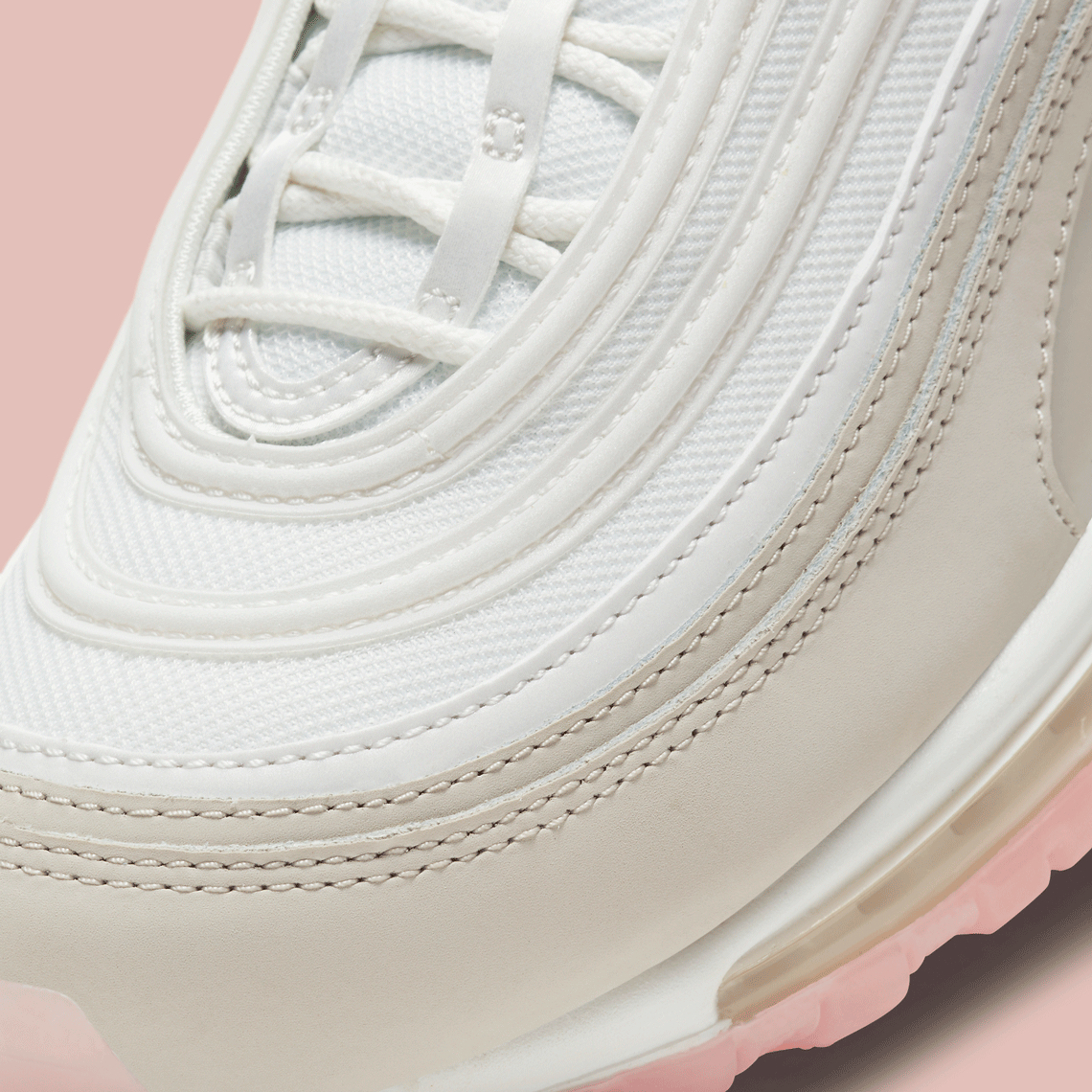 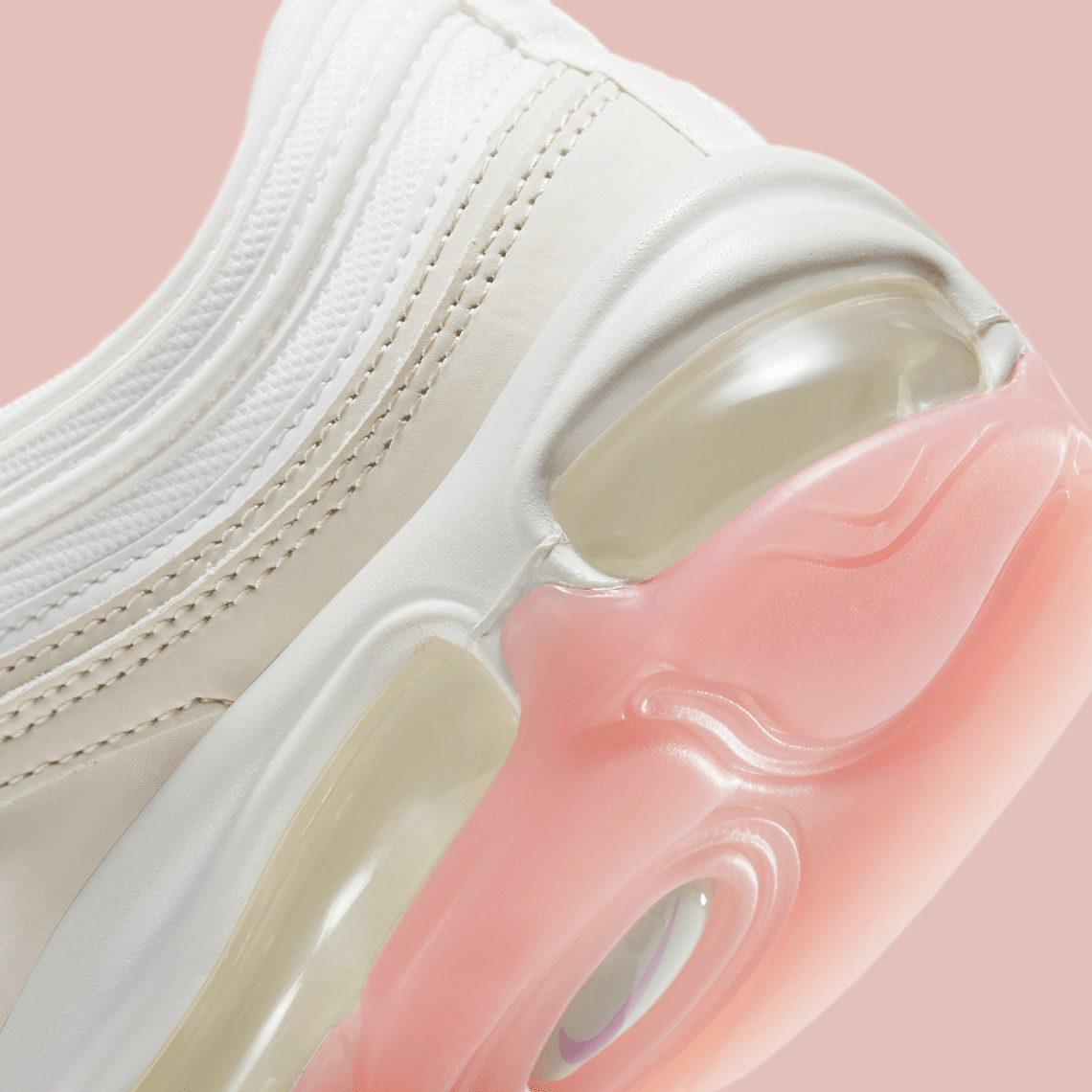