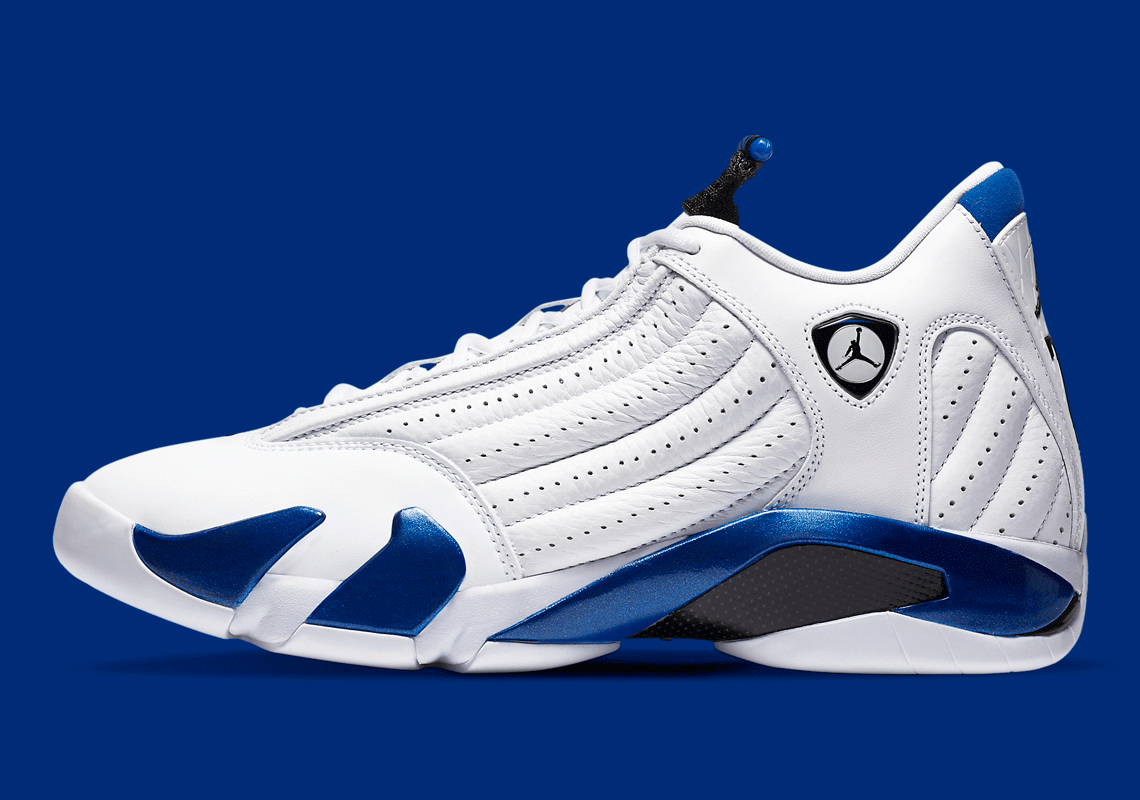 One of the later drops from the Jordan Brand Fall 2020 collection, the pair delivers a familiar, but new spin on an oft-unheralded silhouette. Debuted during Michael Jordan’s “The Last Dance” season, the forthcoming release boasts a tumbled leather base overlaid with smooth leather panels, all clad in “White”. Ferrari-inspired Jumpman emblems on the lateral heel, mesh detailing on the top of the tongue, and branding on the toe box and rear proffer stark “Black” contrast. Yet, this Air Jordan retro’s most notable feature is the “Hyper Royal” hue that takes over accents across the upper and sole unit. The tone’s arrangement on the tongue, sockliner, and heel opts for a matte finish, but it revels in a glossy variation along the midsole. Elsewhere, the carbon fiber shank at the midfoot and “XIV”-stamped pivot point under the ball of the foot complement it, while the rest of the surrounding tread keep things classic in “White”.

The Jordan 14 “Hyper Royal” arrives to Nike SNKRS on September 19th for $190 USD. In the meantime, enjoy official images of the pair here below.

Where to Buy (PS)

Where to Buy (TD) 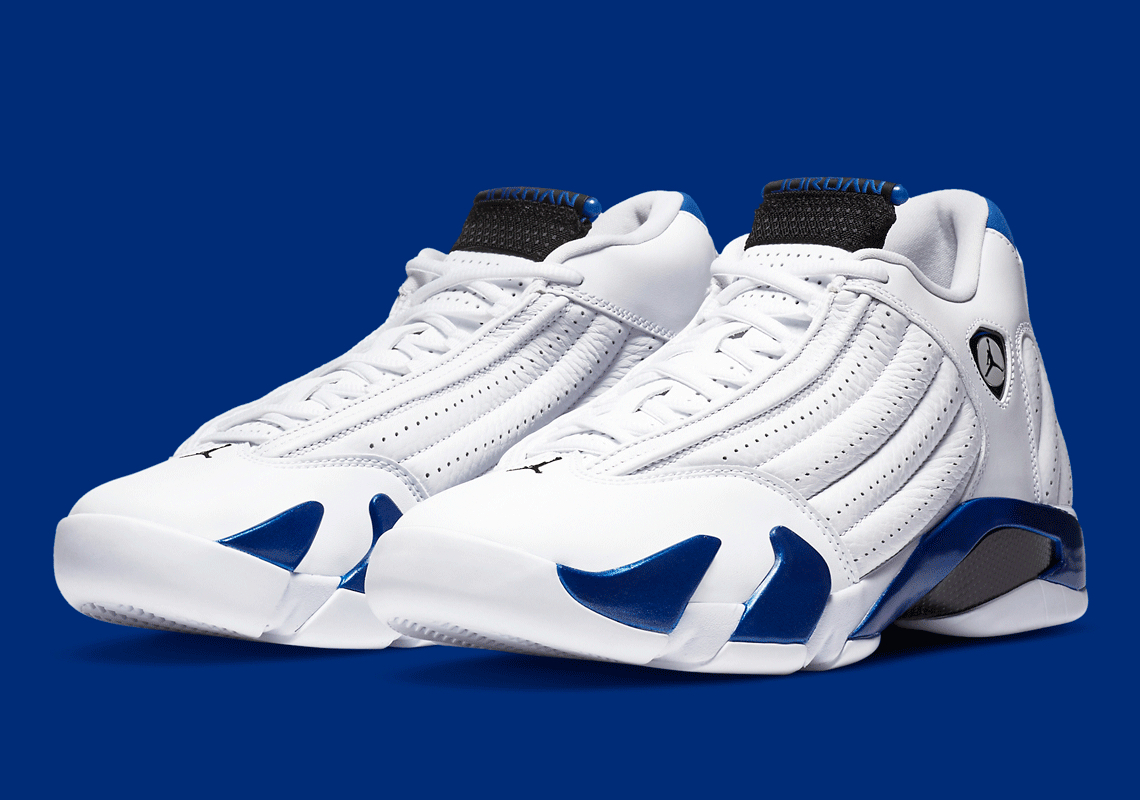 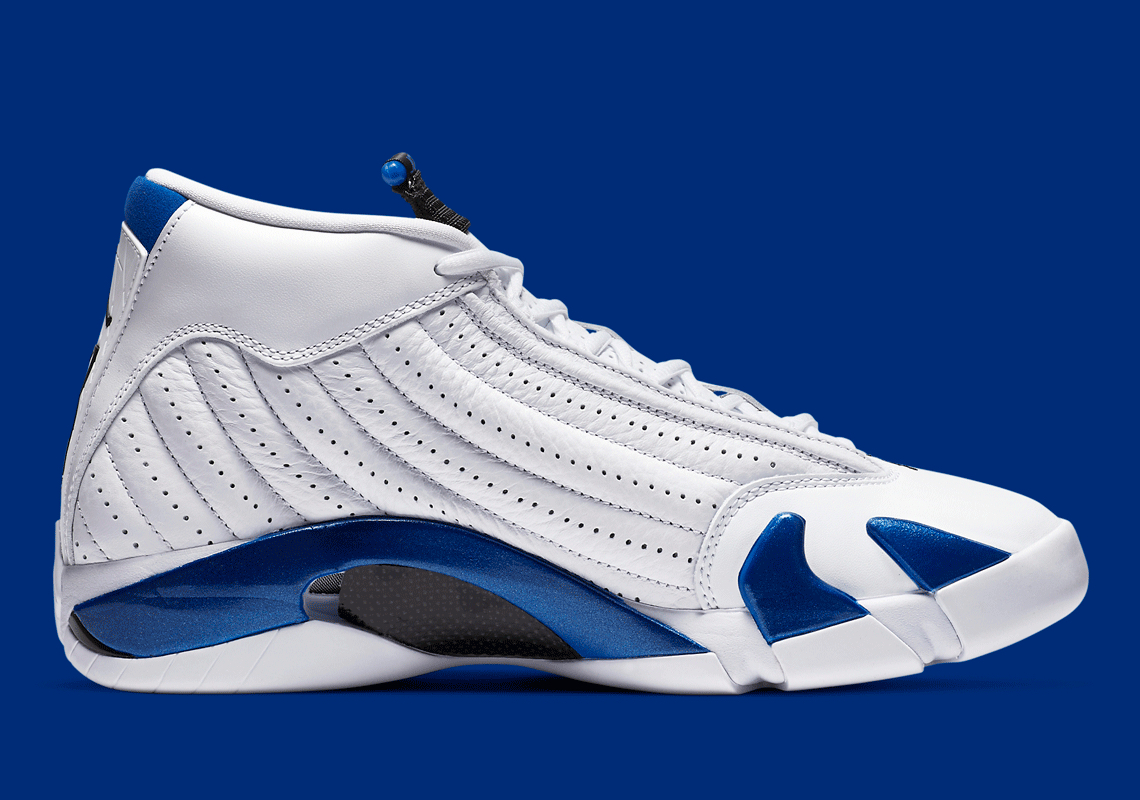 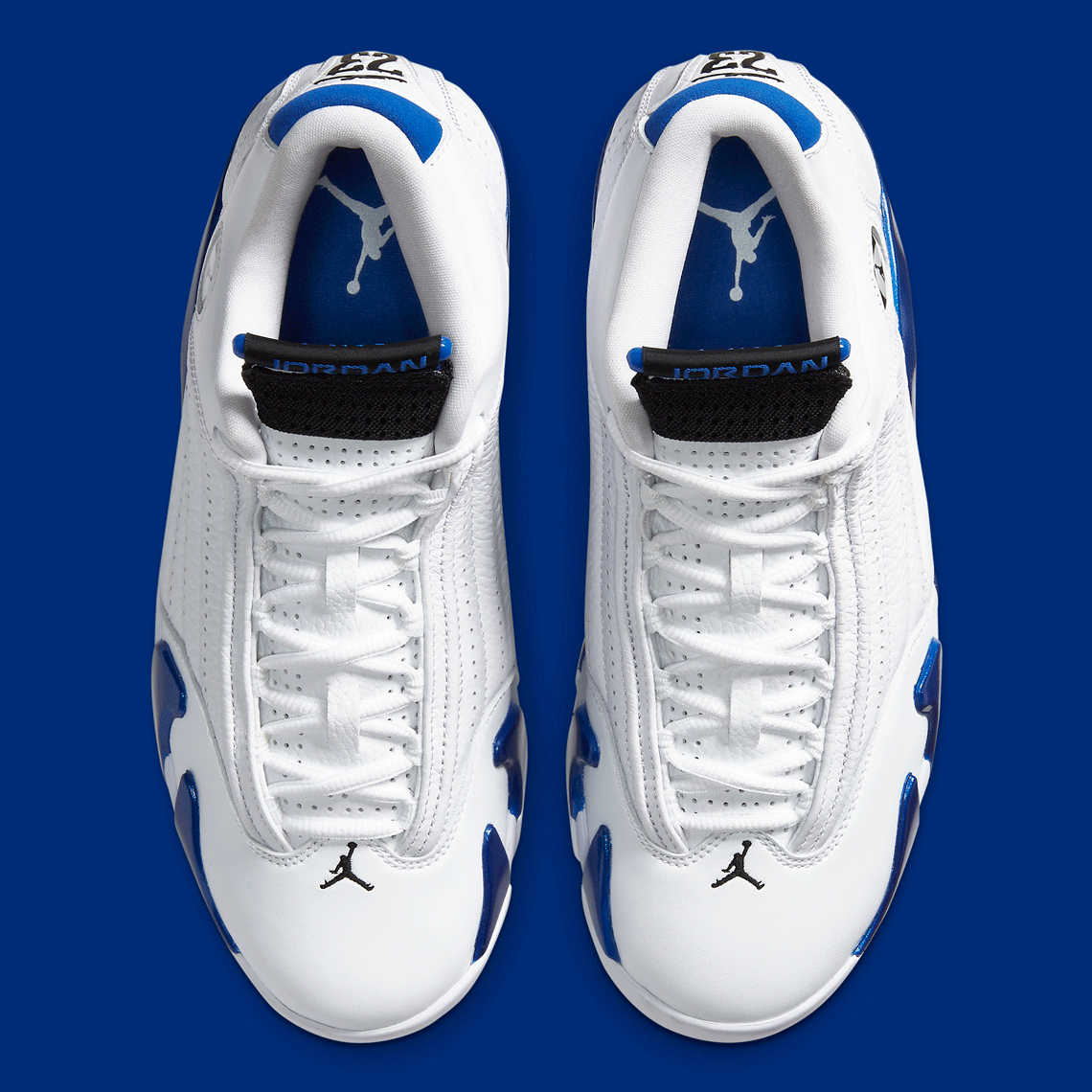 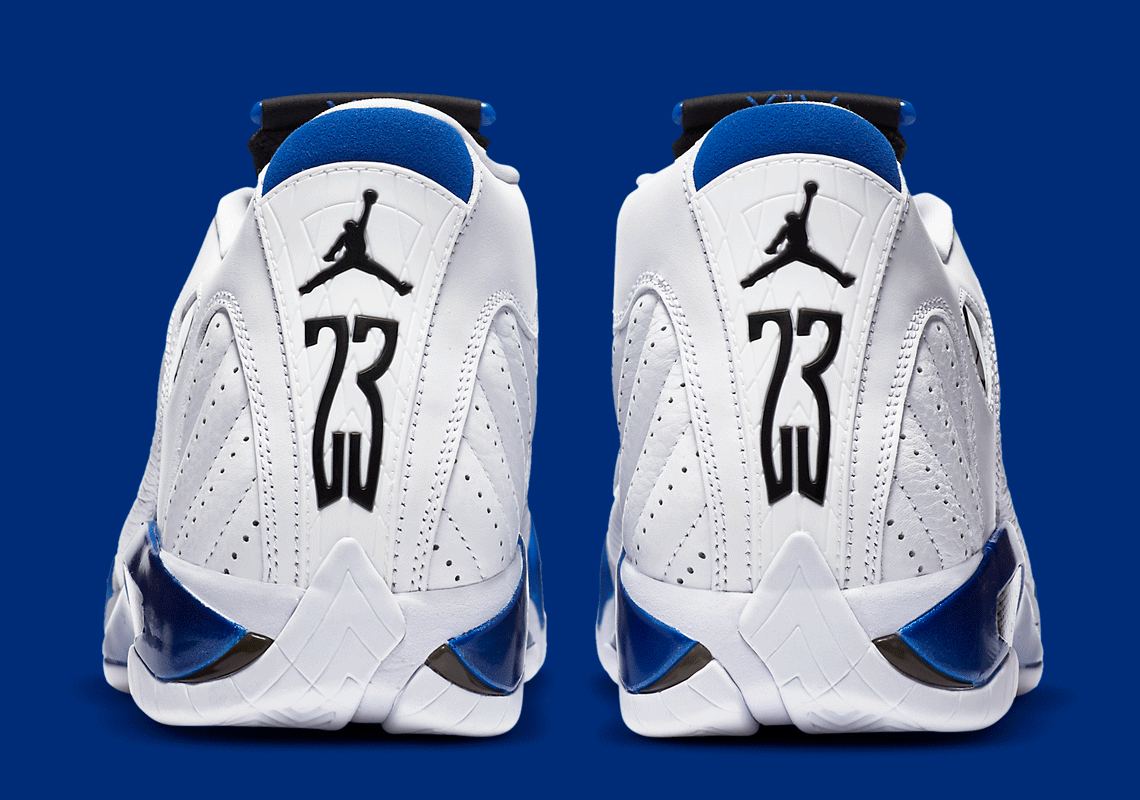 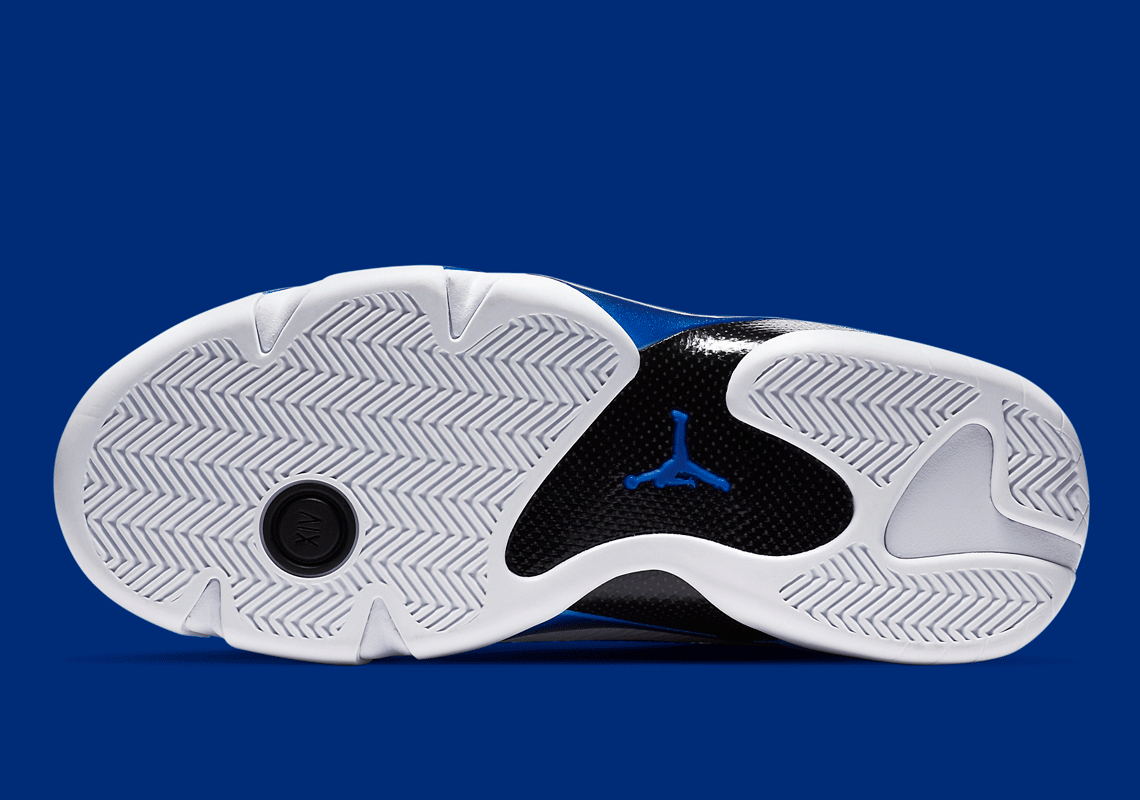 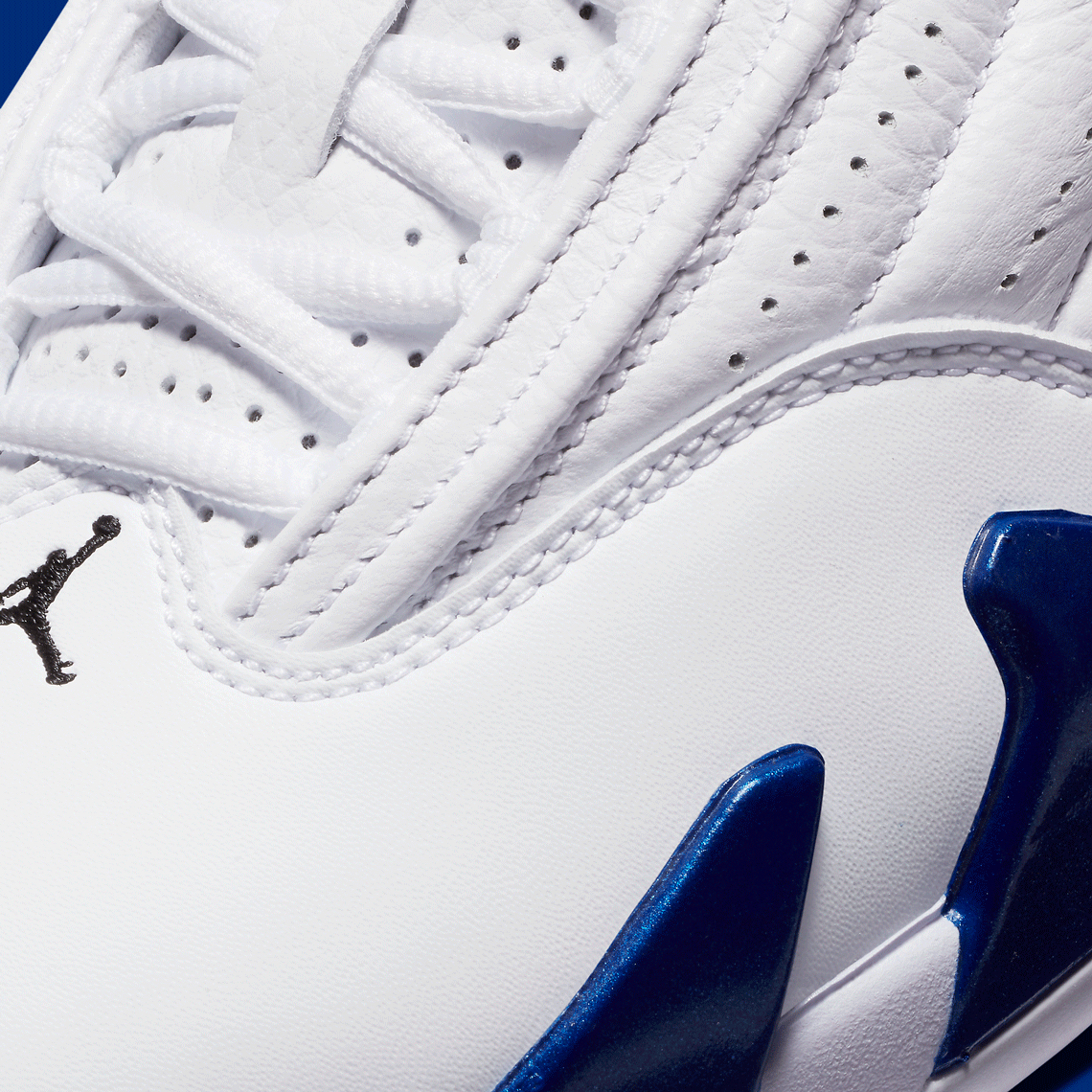 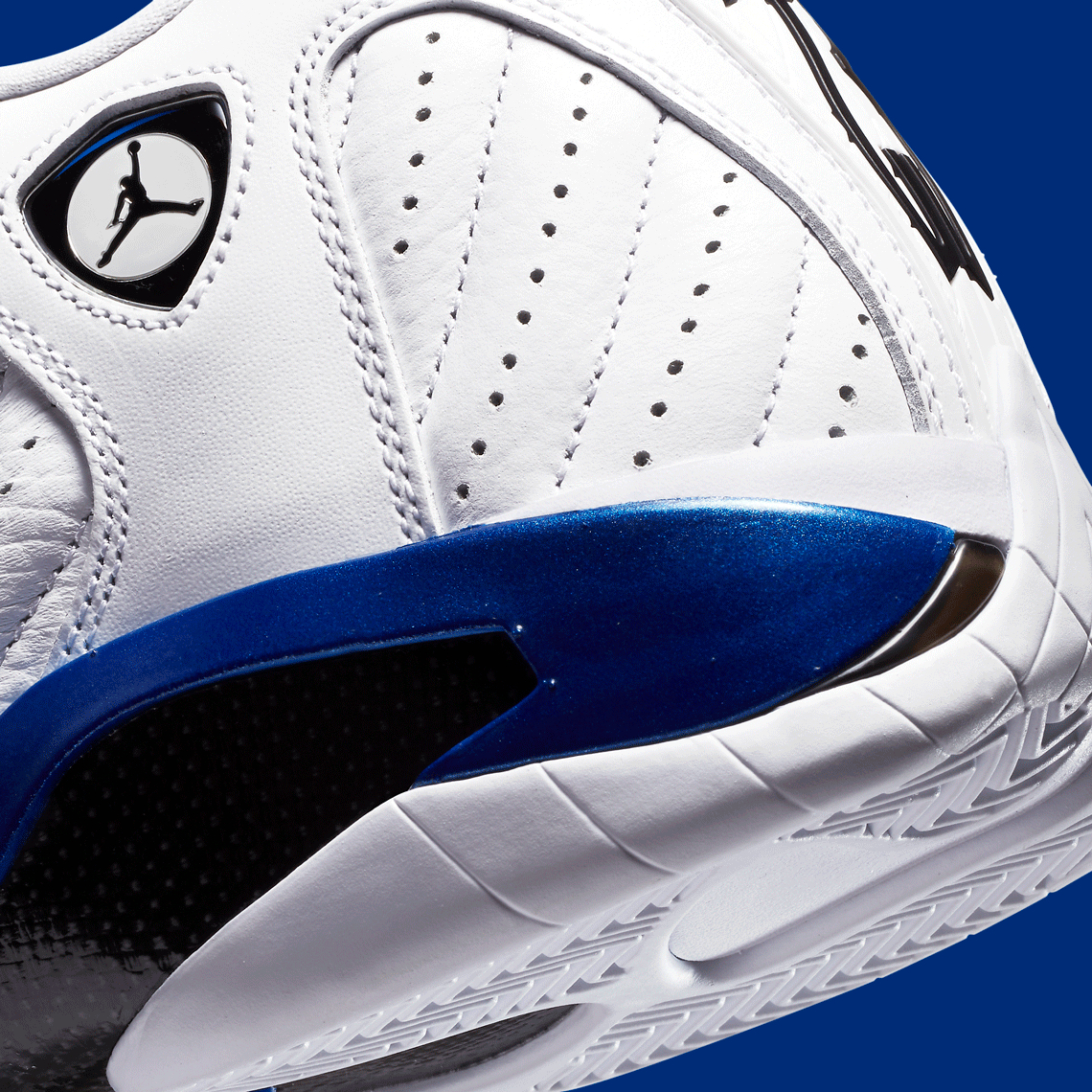