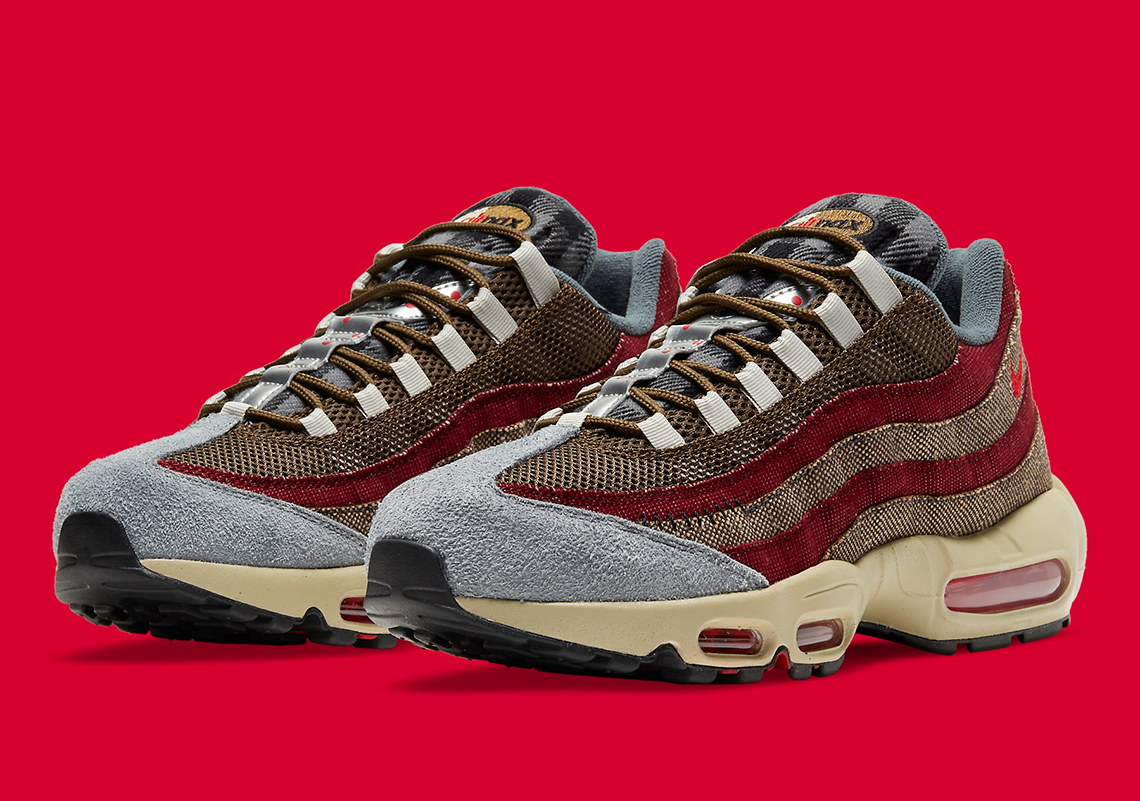 Though Halloween is still over a month away, Nike has revealed glimpses of more than a handful of celebratory releases, some, such as this upcoming Air Max 95, even self-referential in their colorway. Similar to the scrapped Dunk Low from years back, the upper of the famed runner dresses to the likeness of Freddy Krueger, going as far to mimic the horror villain’s signature two-toned sweater.

But while an overt nod, the pair doesn’t replicate exactly as the tones used are far more muted than its inspiration. The side layers, which bear canvas and mesh textures, make use of olive instead of a dark green while the bolder hues in between follow a similar execution as they lean more towards burgundy. Elsewhere, the toe cap is brandished with a light blue suede, wrapping upwards to a metallic overlay whose paneling is treated to red splatters, a spooky, holiday-centered motif that is then amplified on the heel as the blood drips down from the “Nike Air” branding. Yellowed soles, plaid tongues, and wounded swooshes accompany, finishing a pair equipped for the day of the dead.

Grab an official look at these here and sit tight for further word on their Nike.com release.

In other news, official images of the Nike Air Max 1 Limeade have been revealed. 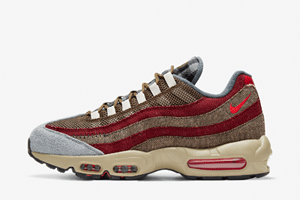 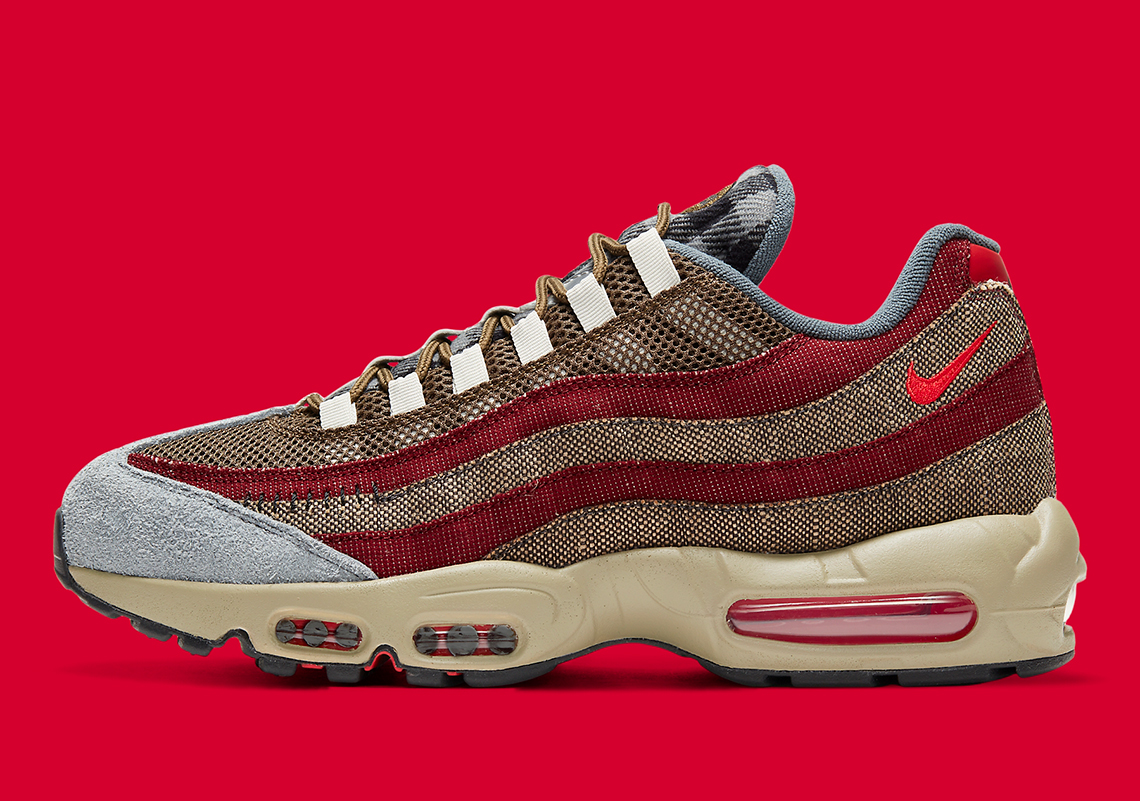 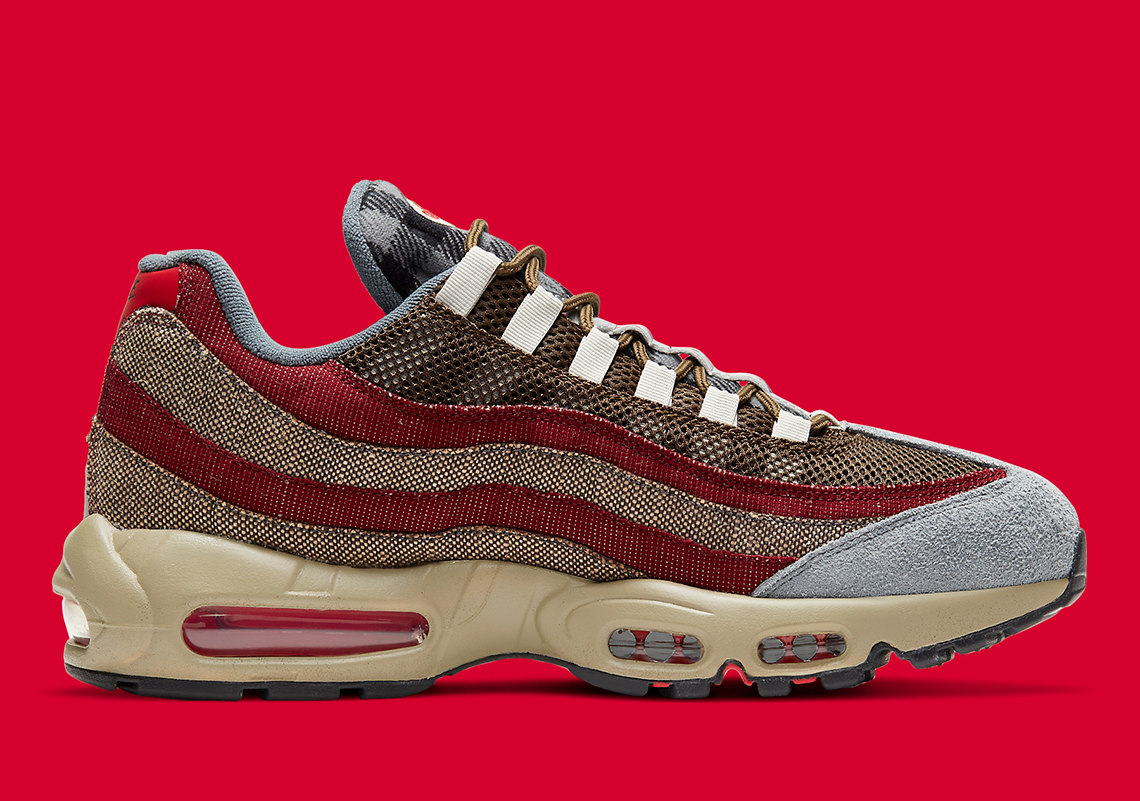 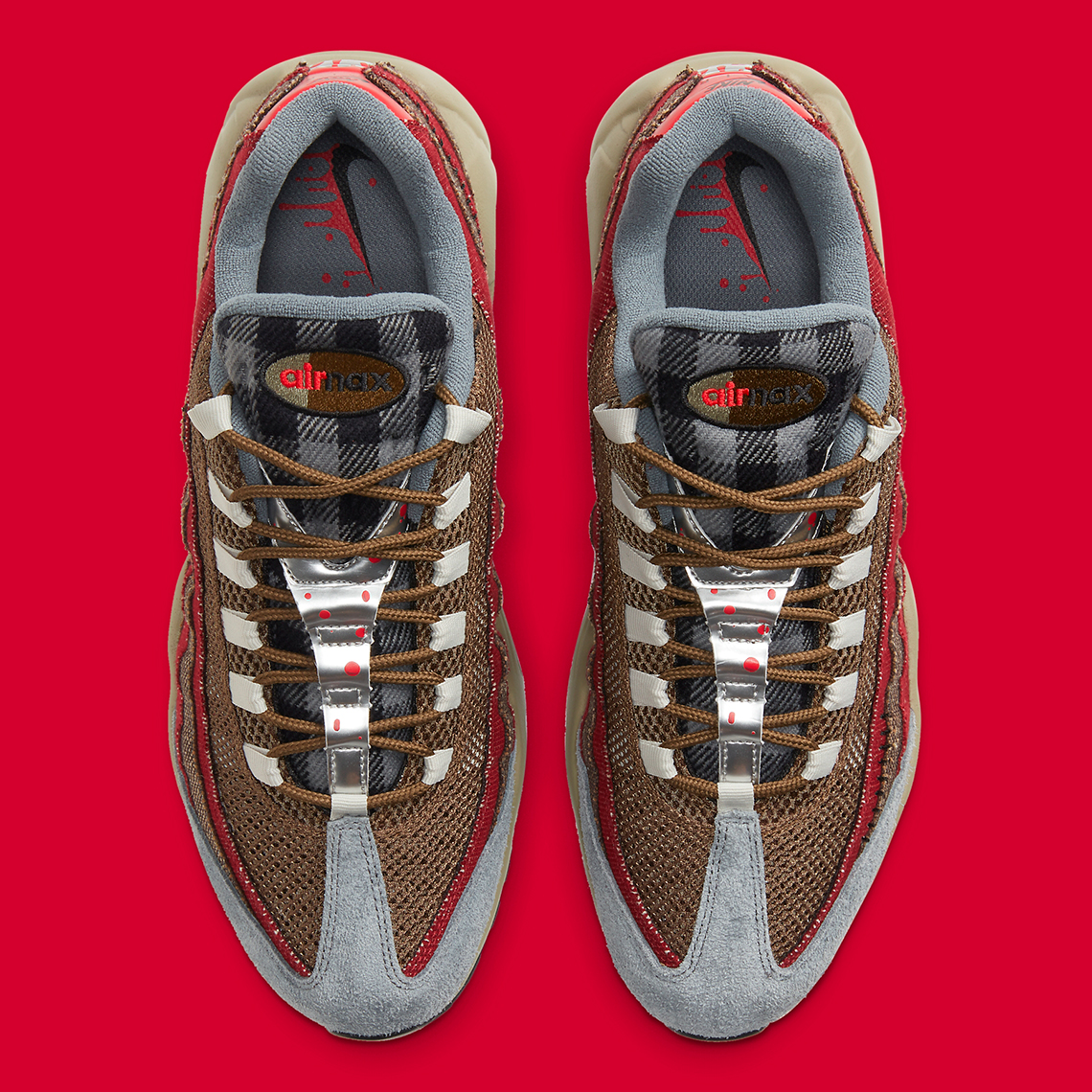 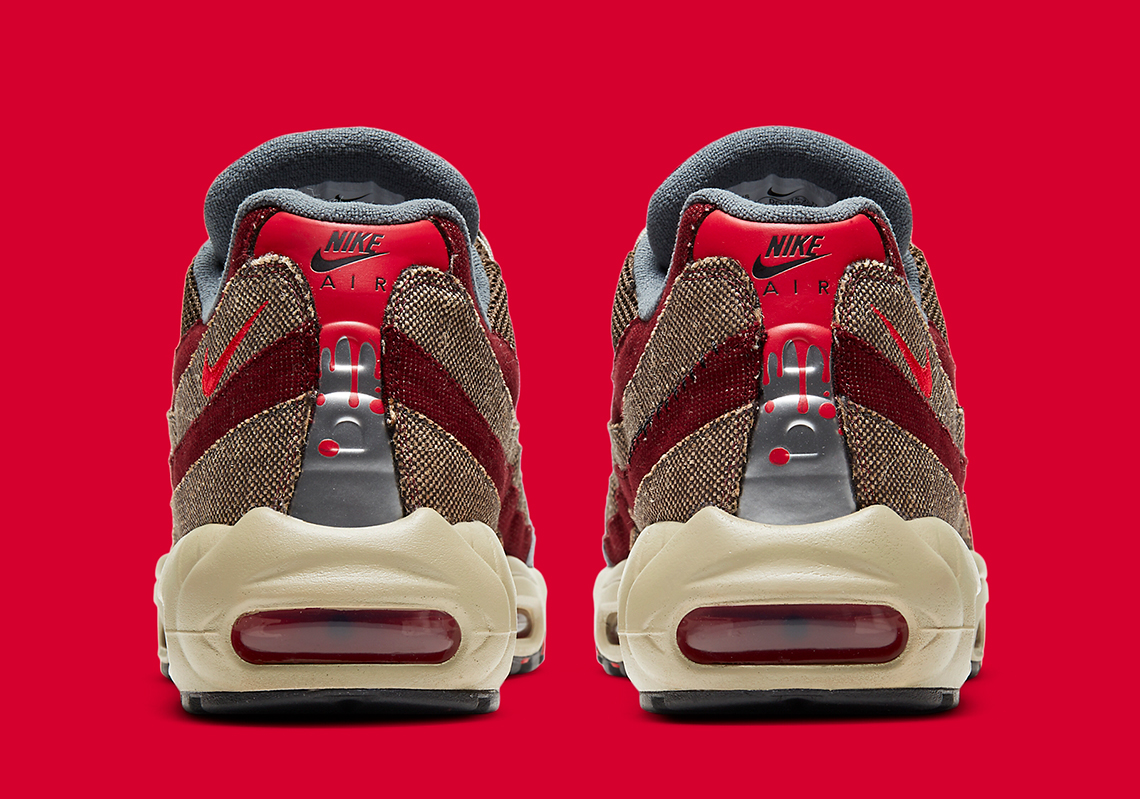 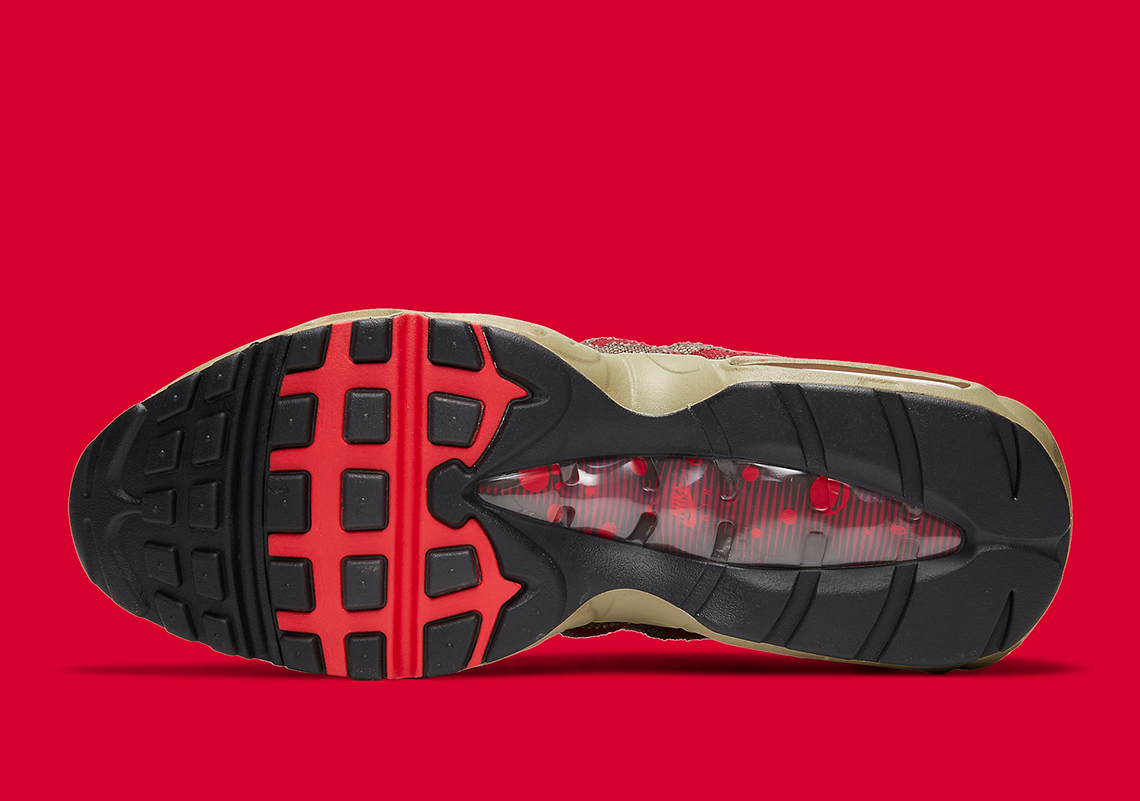 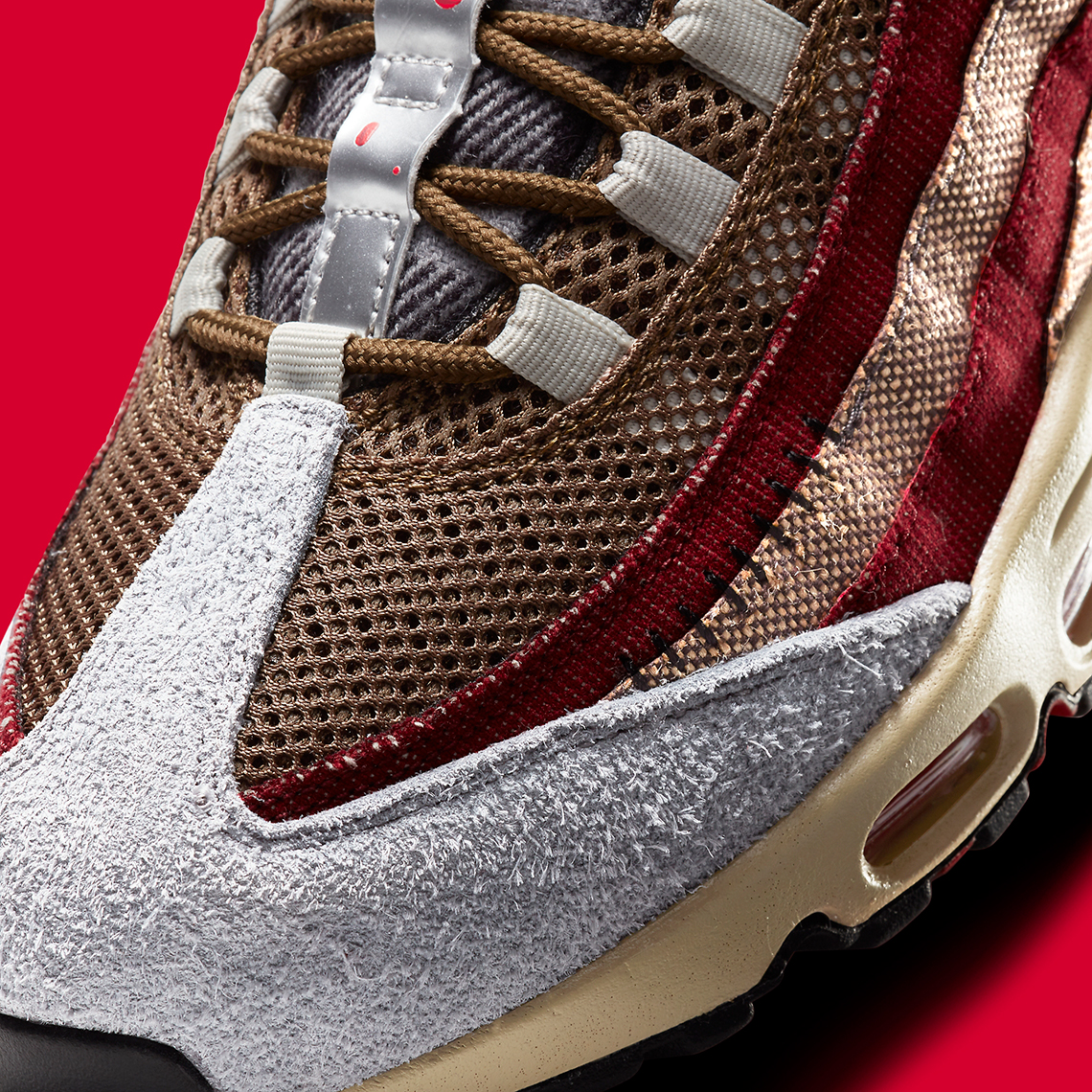 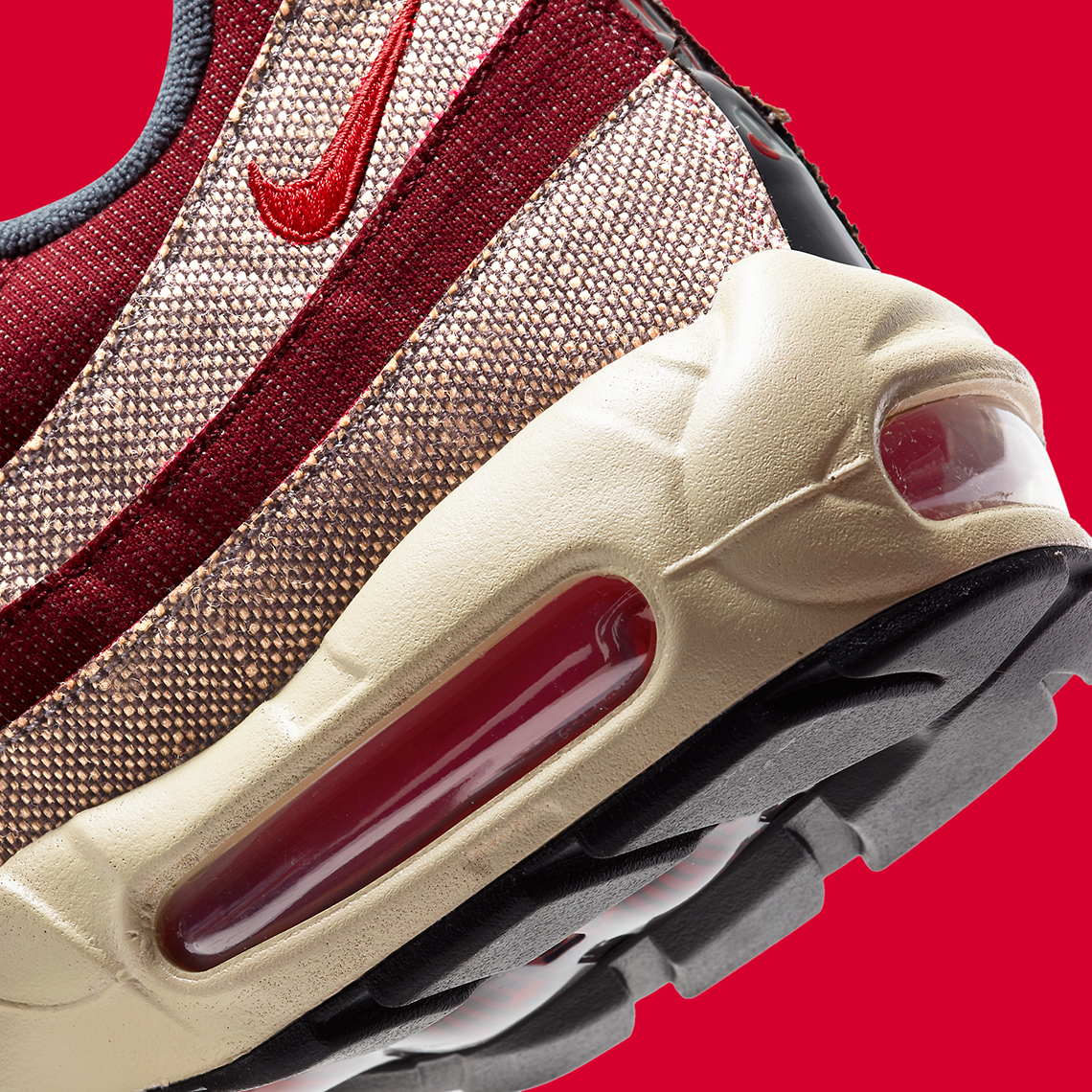