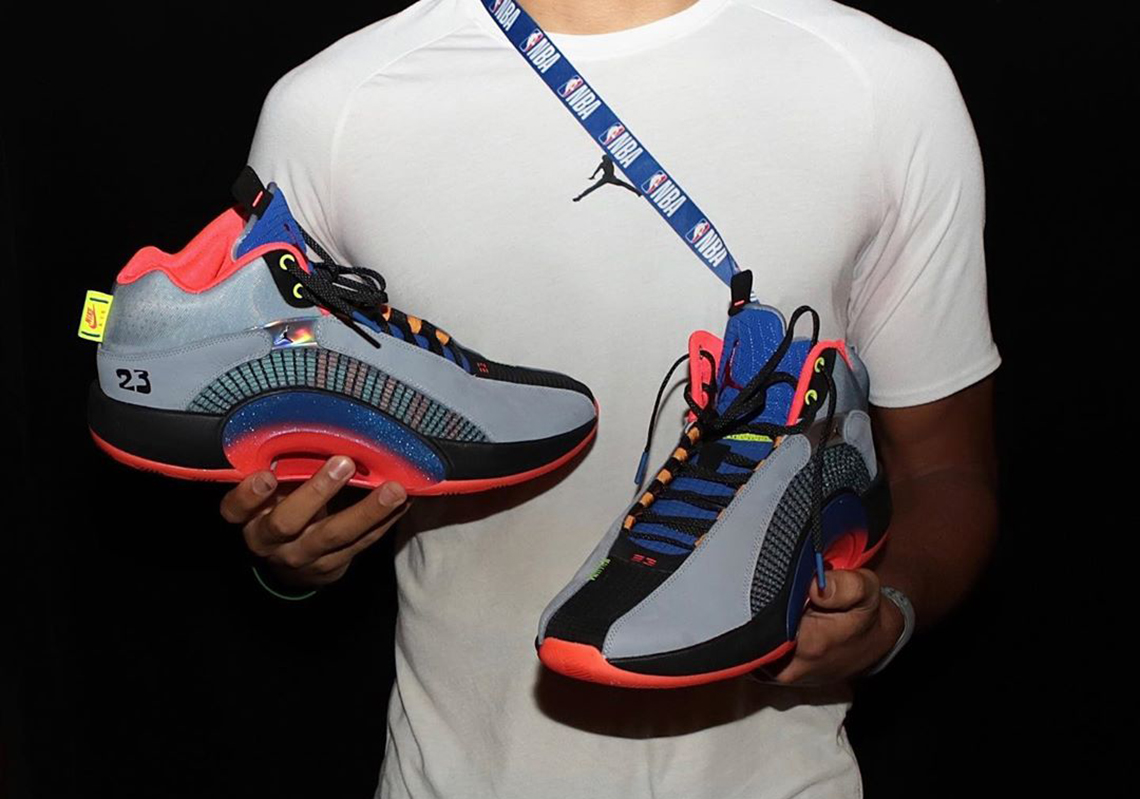 After appearing by way of official images, the Air Jordan 35 was under relatively heavy speculation, many unsure whether or not the silhouette was actually the next up for the core Jordan Brand line-up. But, as revealed by Jayson Tatum earlier today, the pair is confirmed to be the 35, the athlete currently one of the few to be wear testing the model.

So far, the Air Jordan 35 has been dressed in a number of schemes, some loud and others conversely neutral. The pair in Tatum’s hands lean much closer to the former as many a bright finish and color accents the pair atop a base of what looks to be grey synthetic. Bright reds mark the inner lining and sole, paired adjacent with black foxing, royal decals, and an arc’d panel that bears many an iridescent film. Elsewhere, the center line creates a contrasted stripe of black, the eye stays outfit with blue and orange, and the hang tab at the heel finishes with bright yellow branding.

Grab a detailed look at these here, and for now, sit tight as we await official word on the model’s upcoming release date.

In other news, take a look at the Bayou Boys Air Jordan 35. 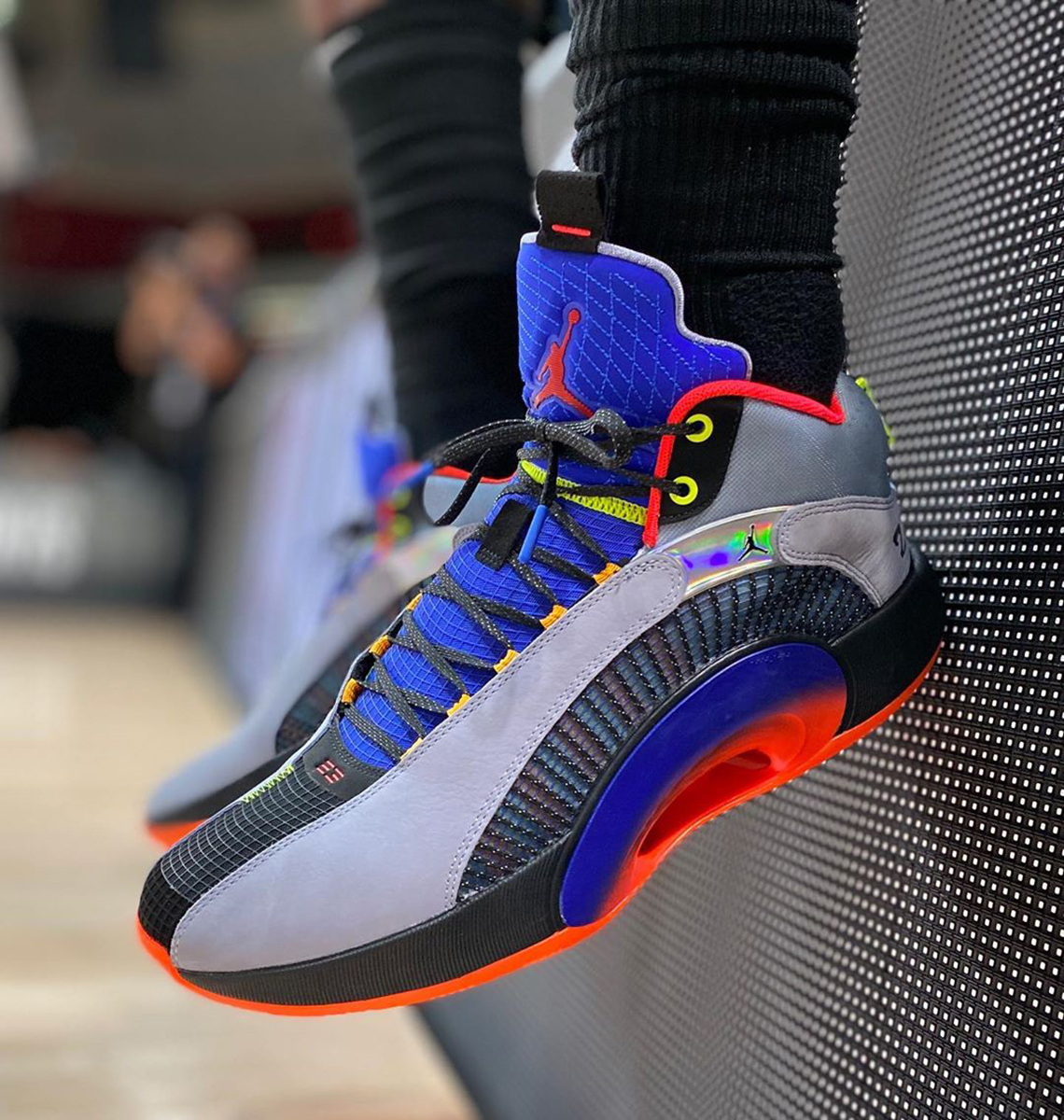 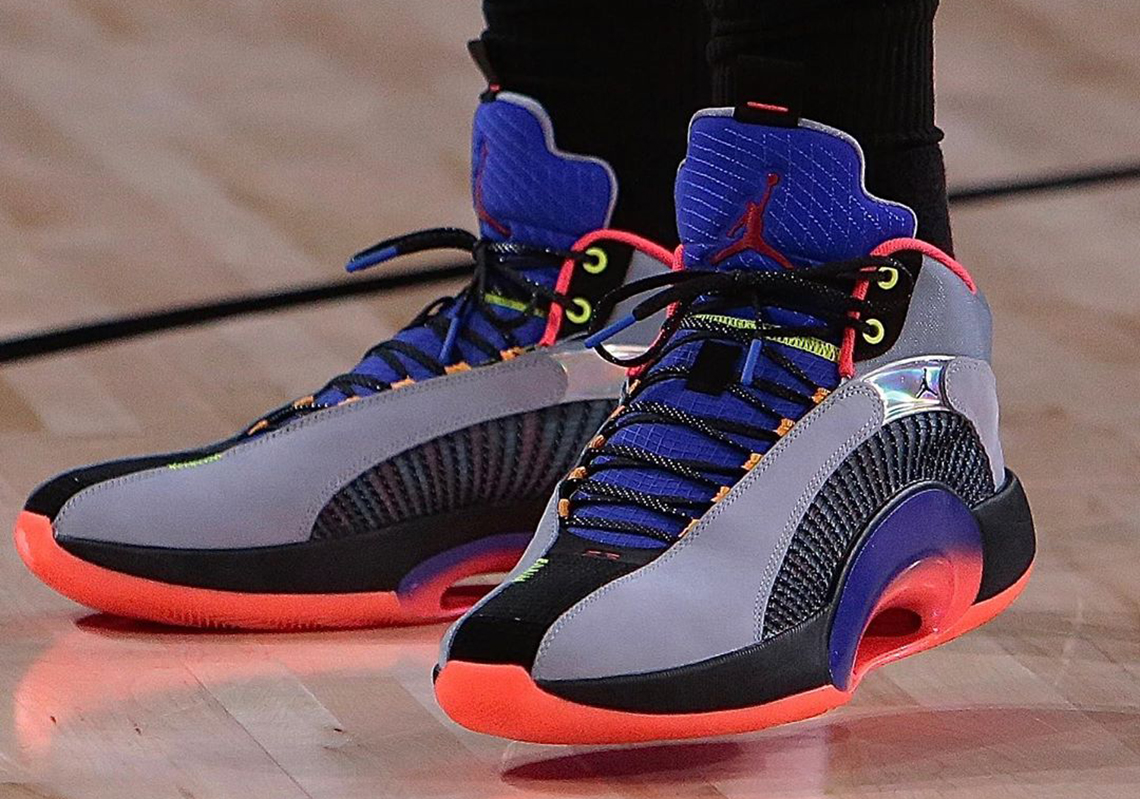 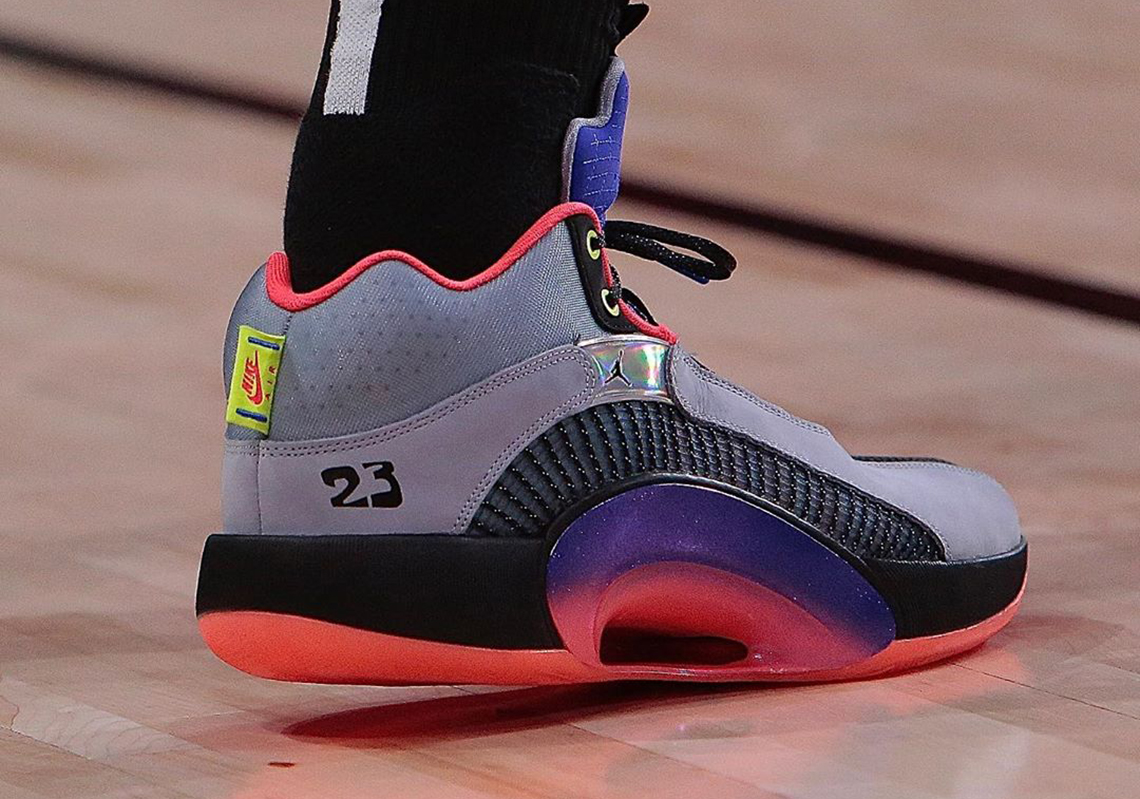 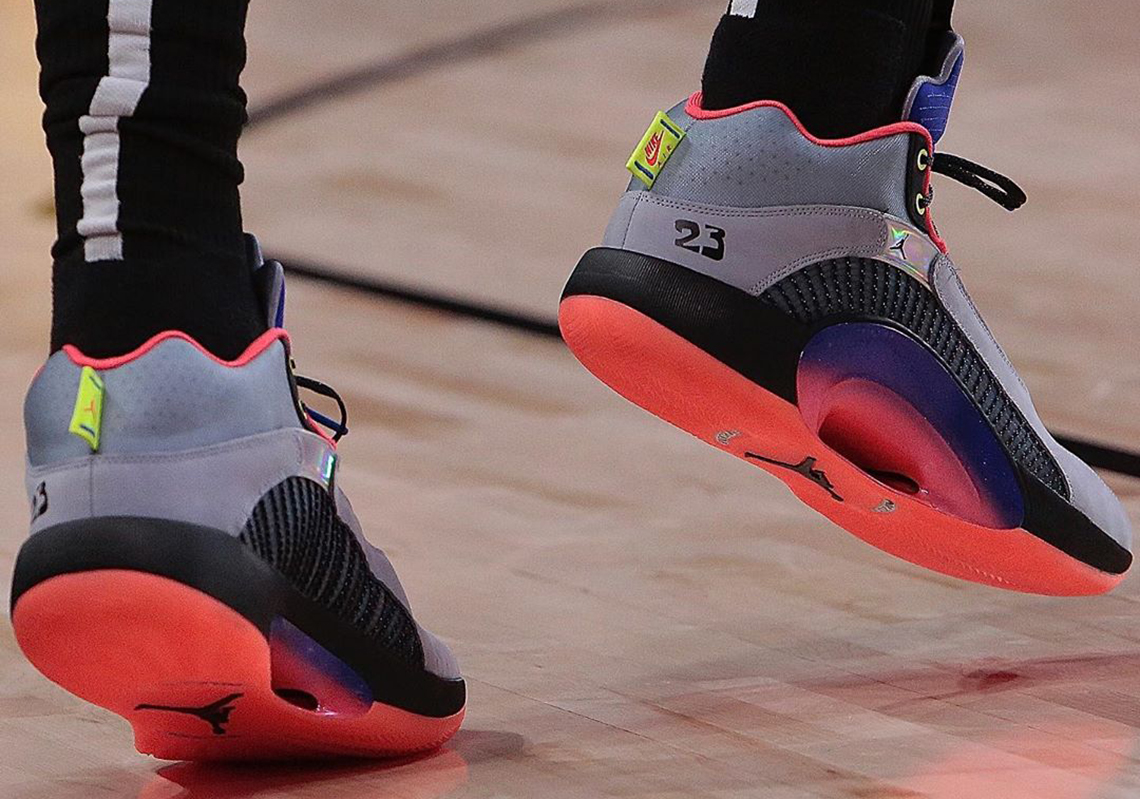 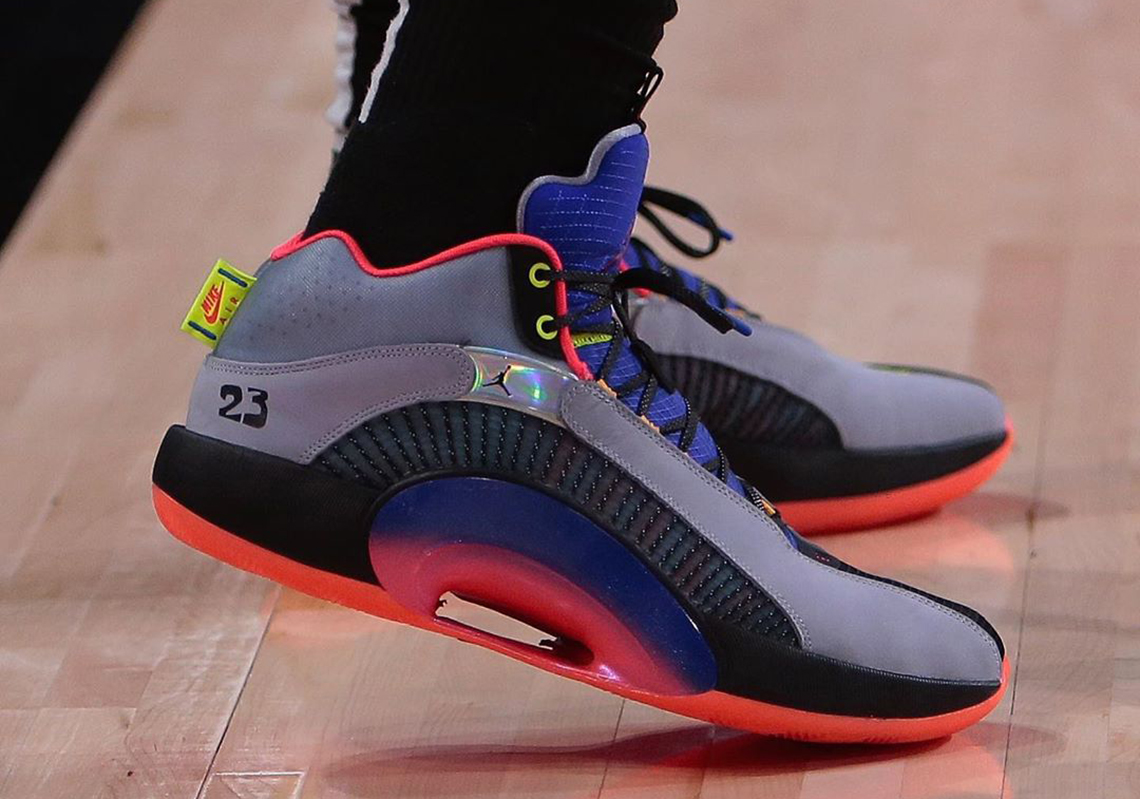 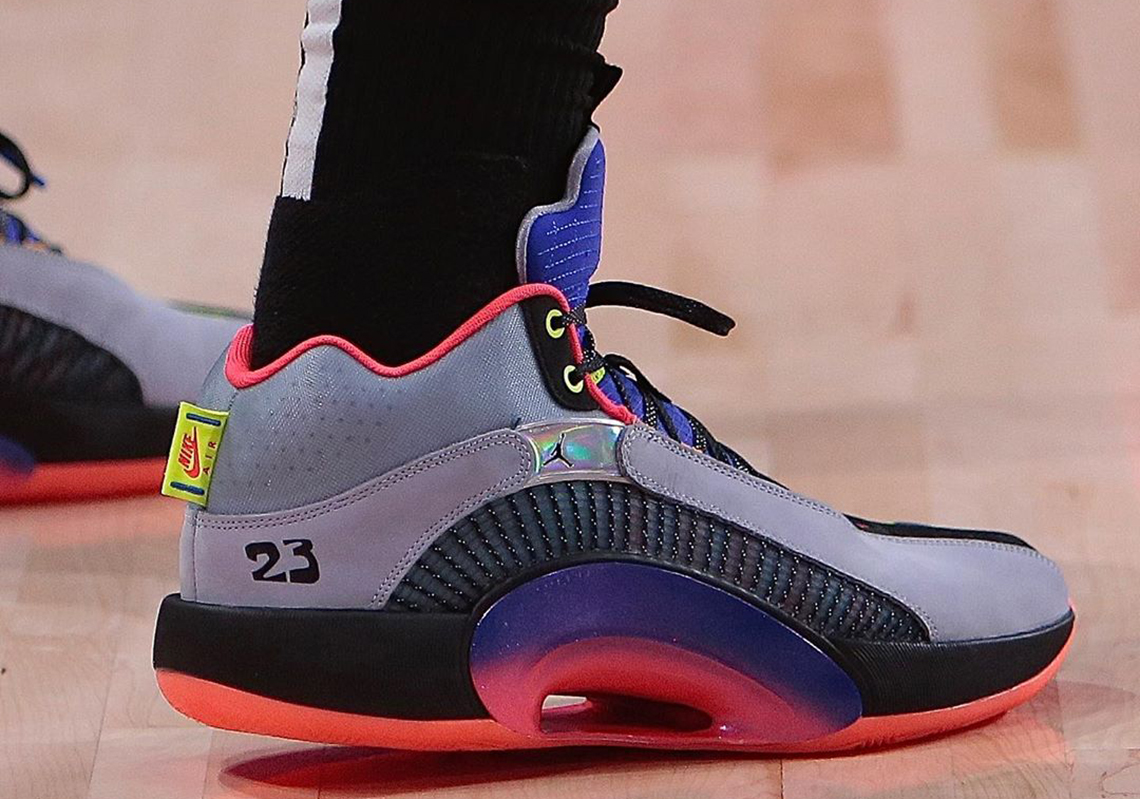 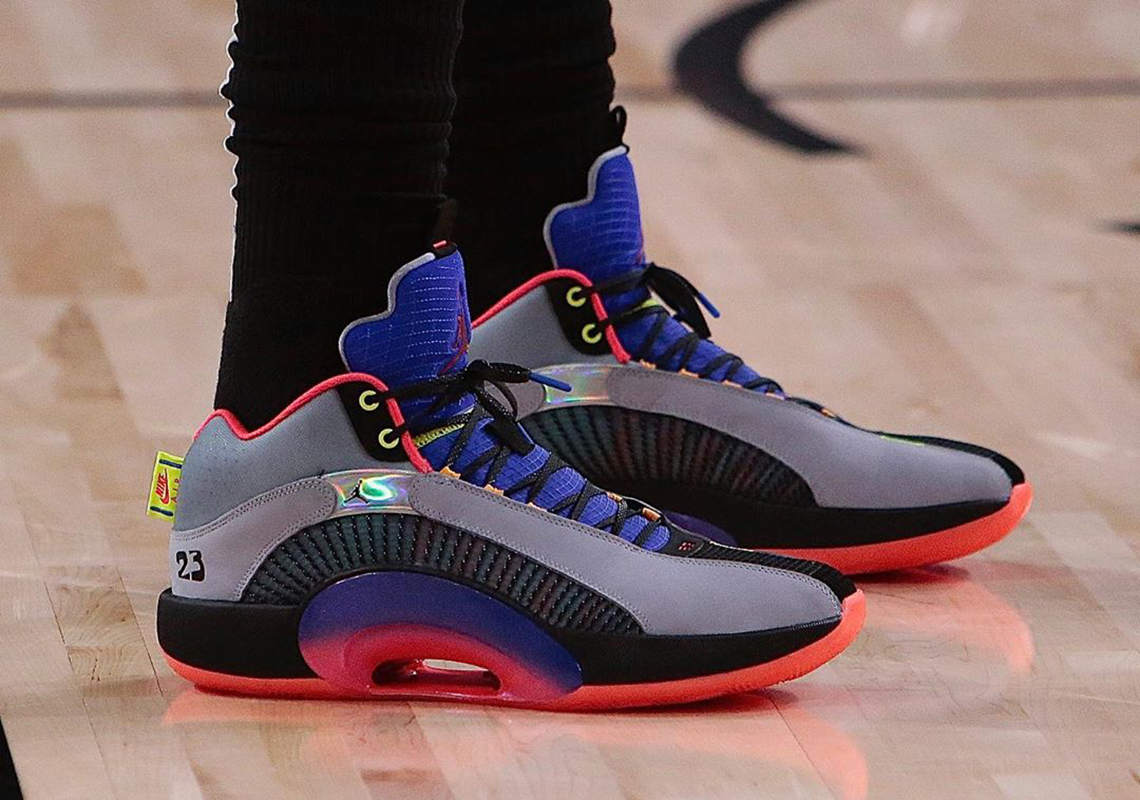 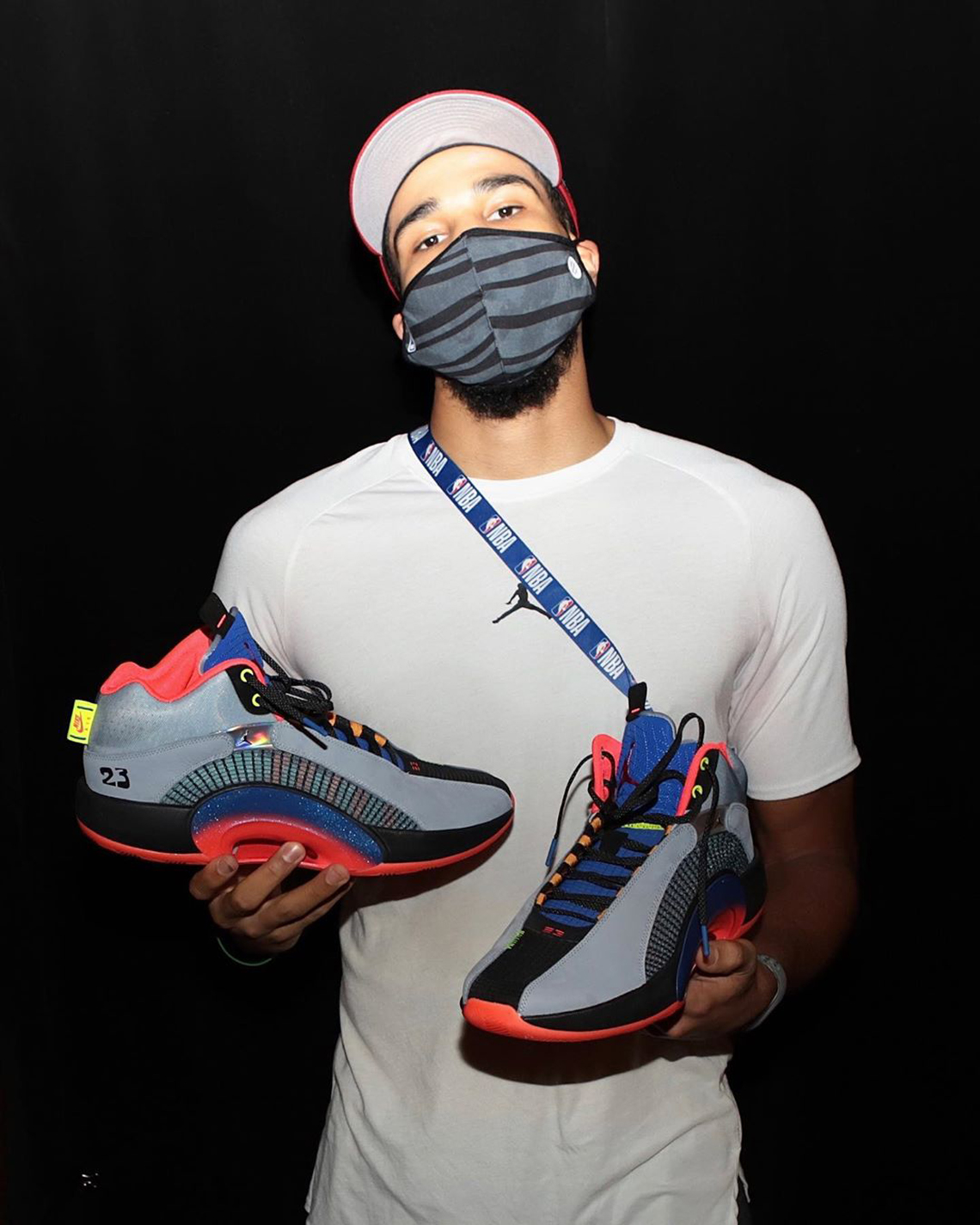