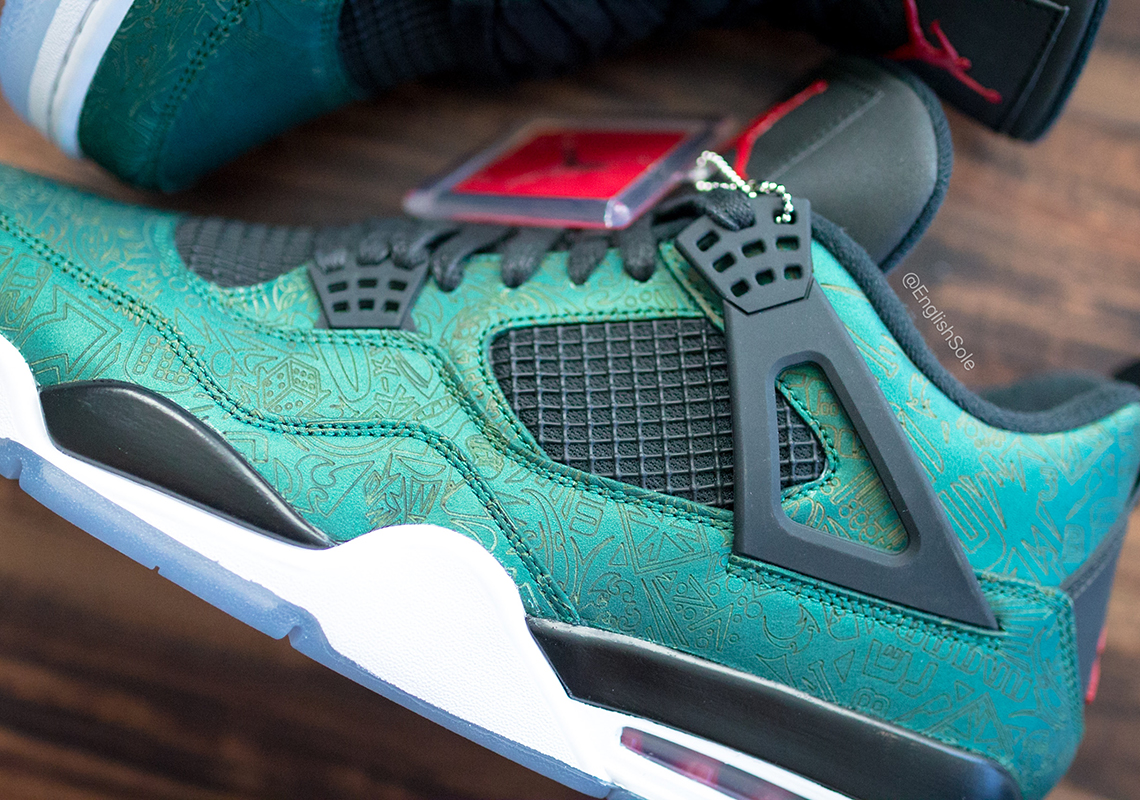 Sneaker collector English Sole has proffered some of the best looks ever at Jordan Brand’s exclusive roster of PEs and numbered releases. And after providing a detailed glimpse at this year’s selection of college-themed Air Jordan 1s, the Chicago-based imprint is sharing an expansive photo set of the Air Jordan 4 “Green Laser,” a friends and family offering limited to only 68 pairs.

As its namesake would imply, the upper is entirely etched with laser engravings, the patterns taking on a set of shapes similar to that of the releases before it. These various patterns are dressed along the entirety of the green upper, a foundation that bears a very slightly metallic polish. Elsewhere, tongues, cages, eye stay molds, and the like are hued in a neutral black, contrasting that of the white midsole and its icy blue bottom. Jumpman logos then finish along the tongue, hang tab, and heel in a bright red shading.

Grab a detailed at these right here, and though it’s unlikely, sit tight for word on an official release. 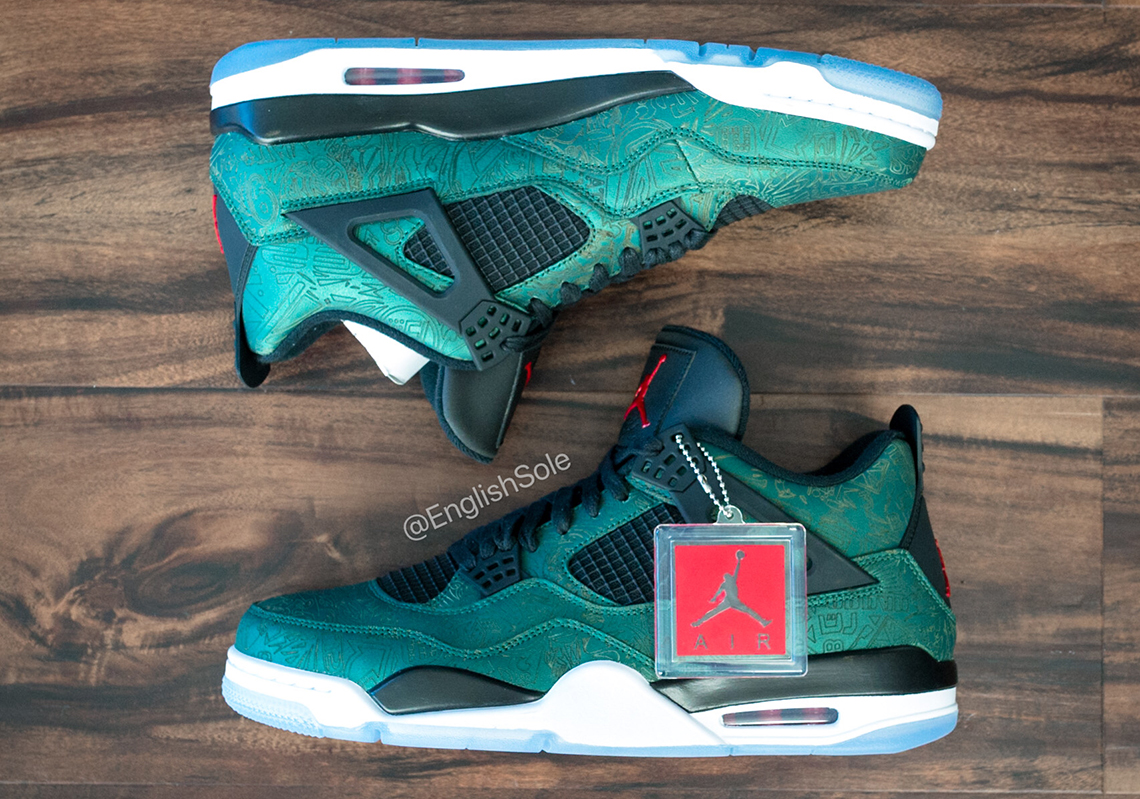 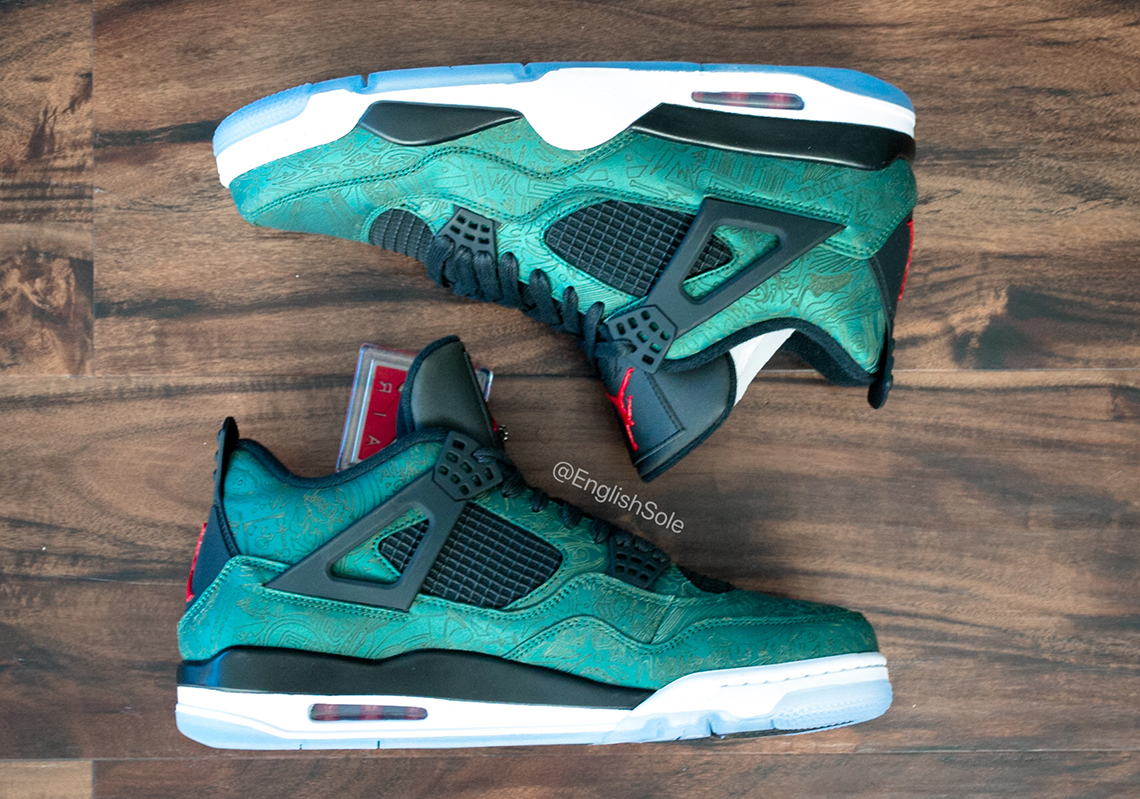 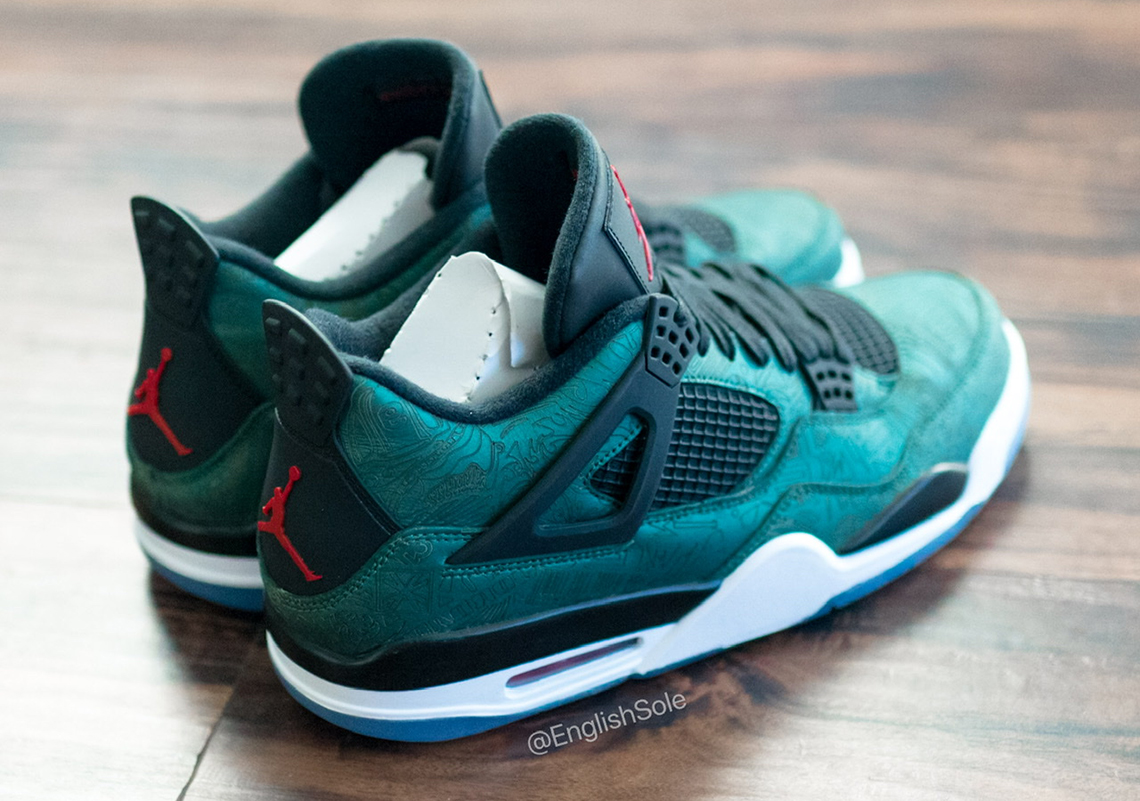 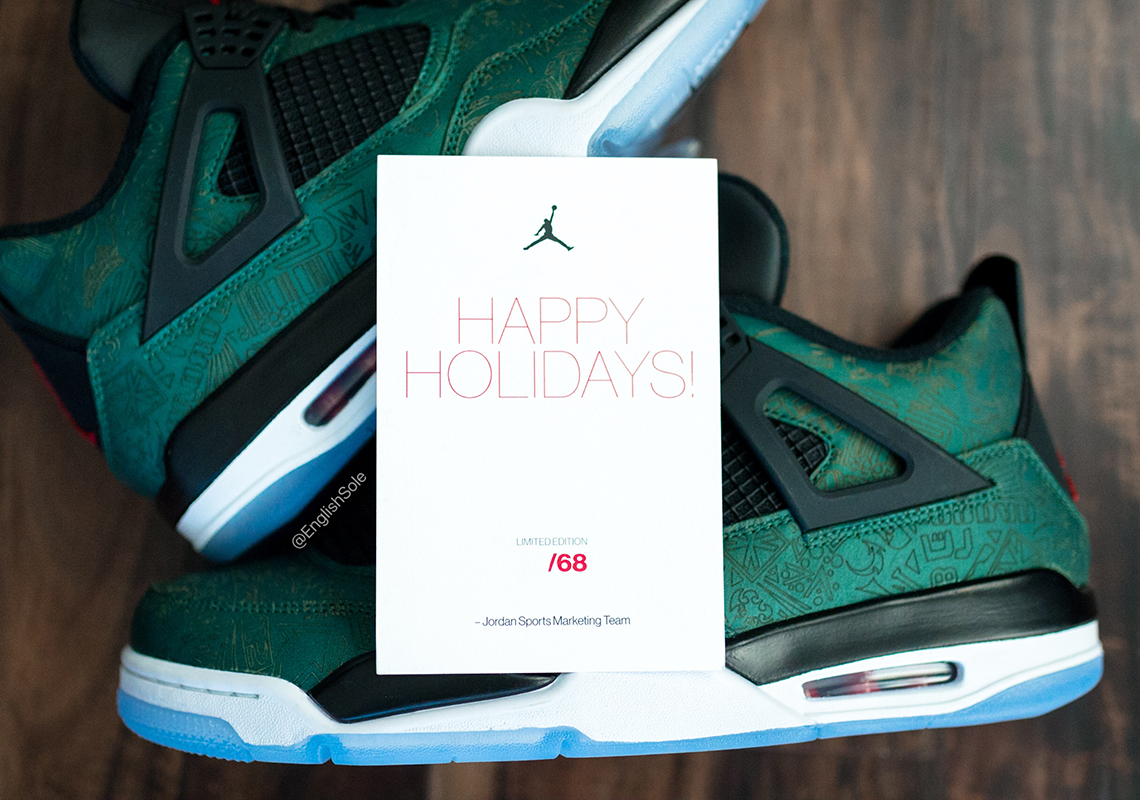 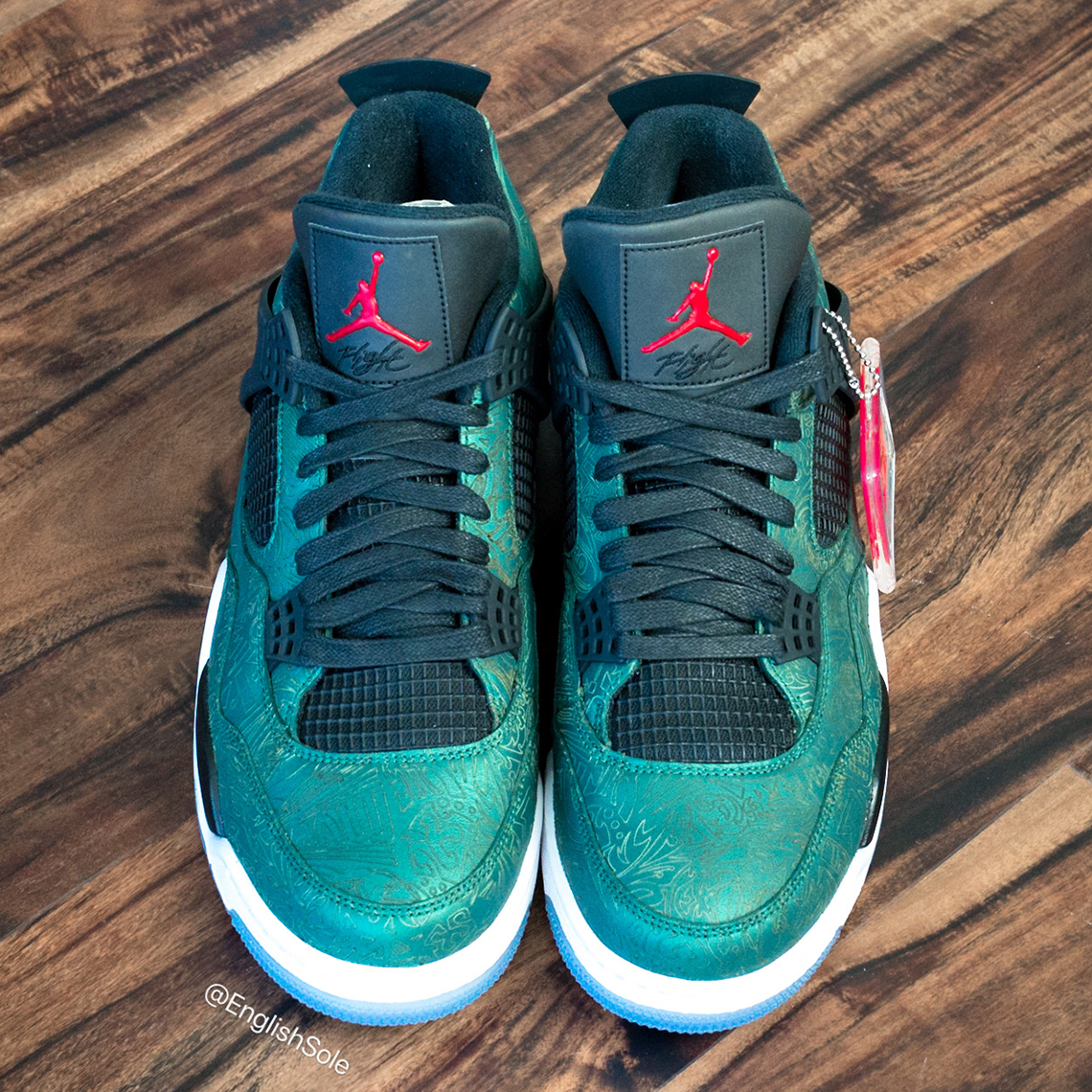 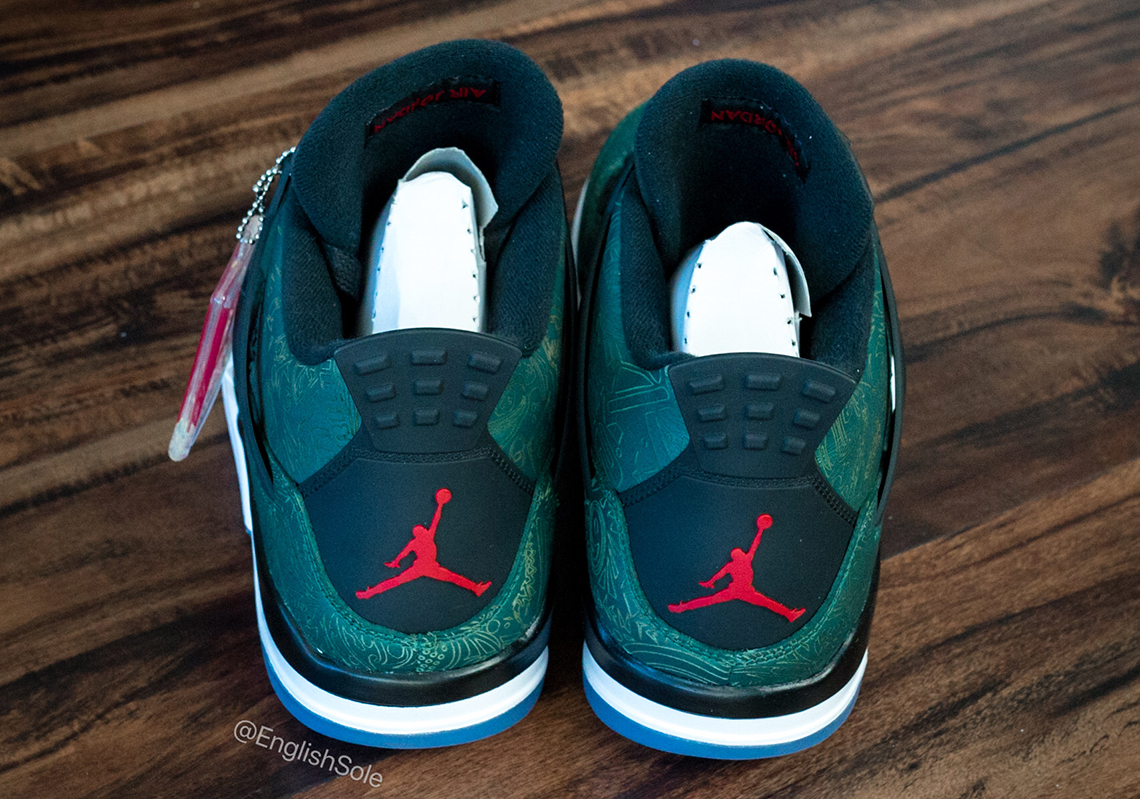 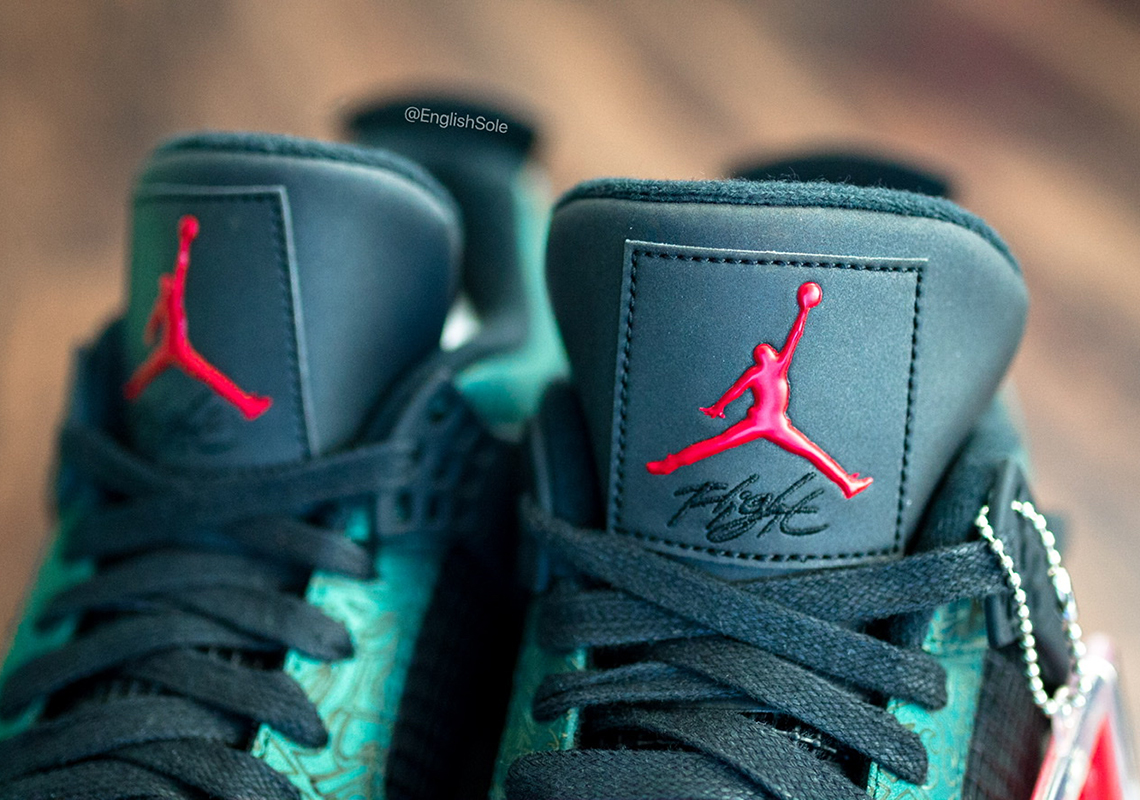 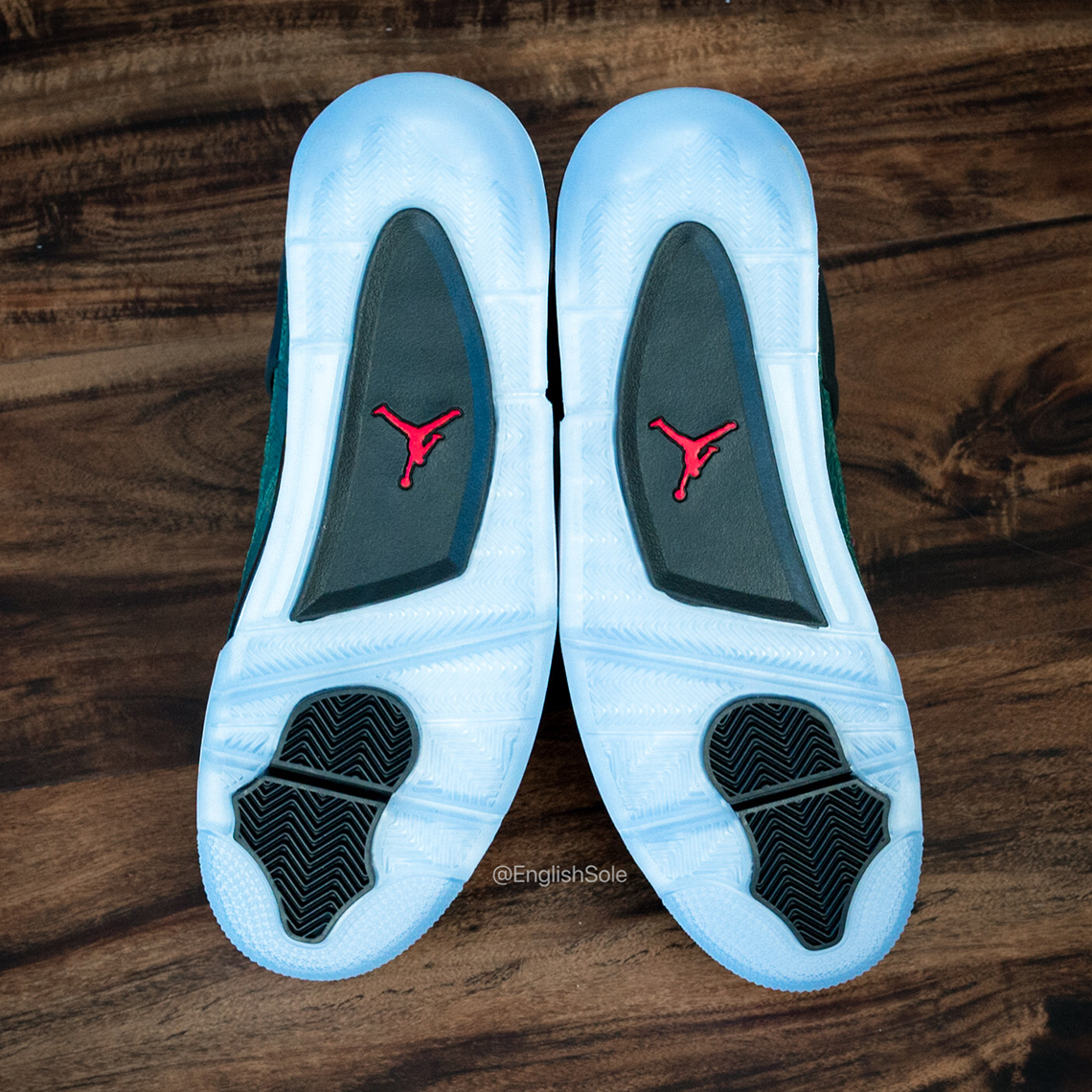