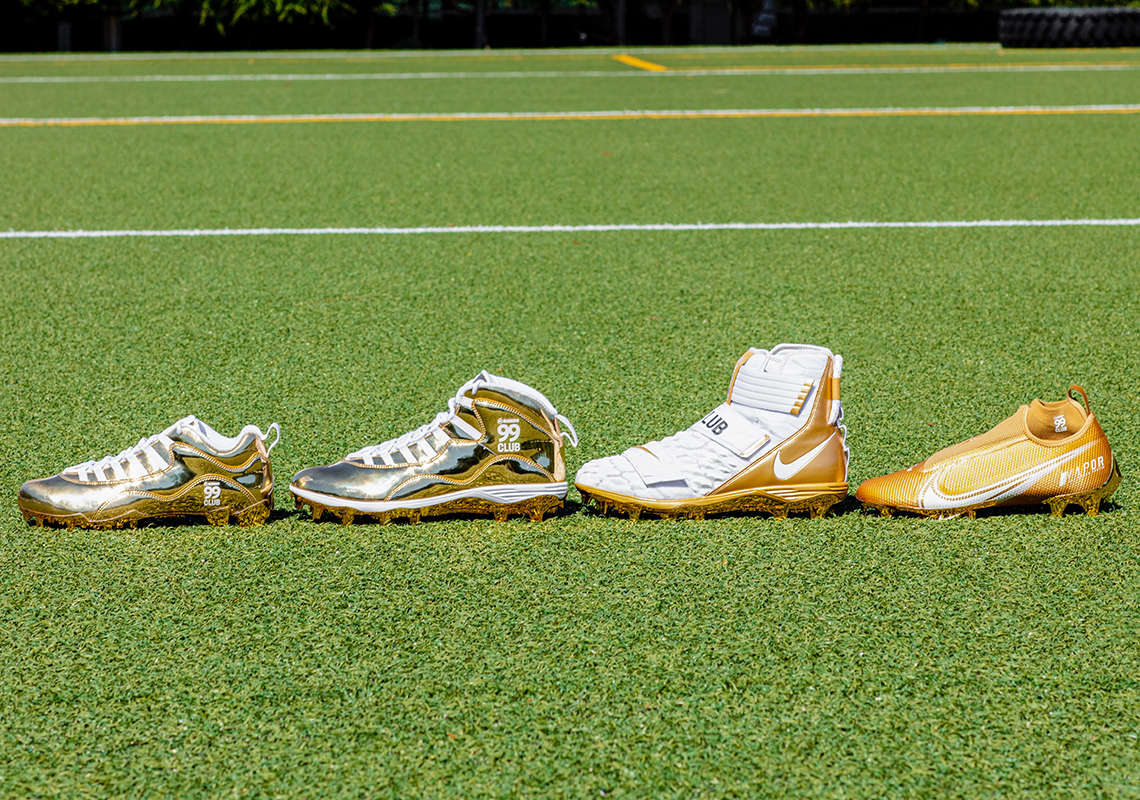 Football is officially back this week, and to celebrate some of the greatest players on the gridiron today, Nike is teaming up with EA’s Madden 21 to craft specially designed footwear ahead of the new season. In honor of Aaron Donald, Christian McCaffrey, Stephon Gilmore, and Michael Thomas earning their ranks in the Madden NFL 99 Club (an in-game player rating of 99), the Swoosh is blessing them each with their own unique pair of gold-covered cleats.

Going down the list of these Nike-sponsored atheltes: Donald will be receiving the Nike Force Savage Elite 2, Christian McCaffrey is getting the Nike Vapor Edge Pro 4, and Stephon Gilmore and Michael Thomas will both acquiring the Air Jordan 10 TD, the former of whom will be gifted a low-top. Each is similarly styled in the sense that they are highlighted by the chrome uppers, plates that symbolic of their championship pedigrees and feature Madden 99 Club tongue branding. Peep a further look in to each take here below, and note they you’ll be able to download the promo-only in-game starting tomorrow Thursday, September 10 in the new game-play mode “The Yard”.

For other Nike-related news, another Kobe 5 Protro is dropping in 9/25. 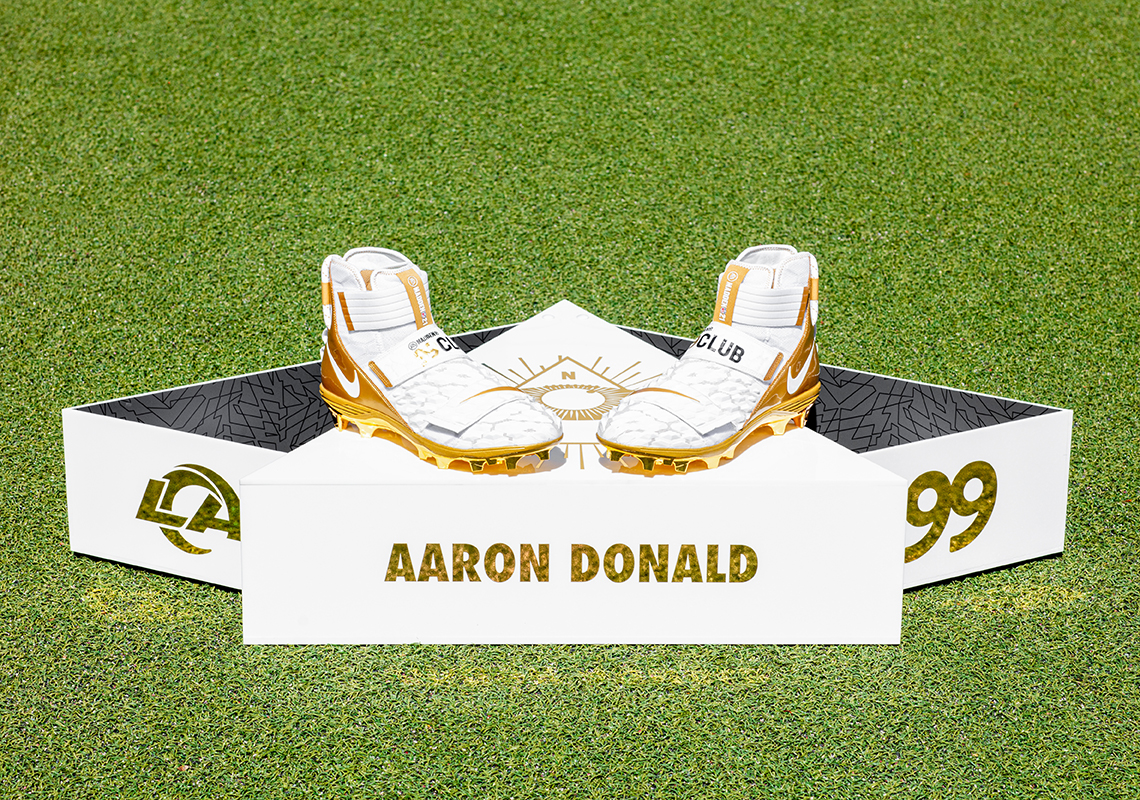 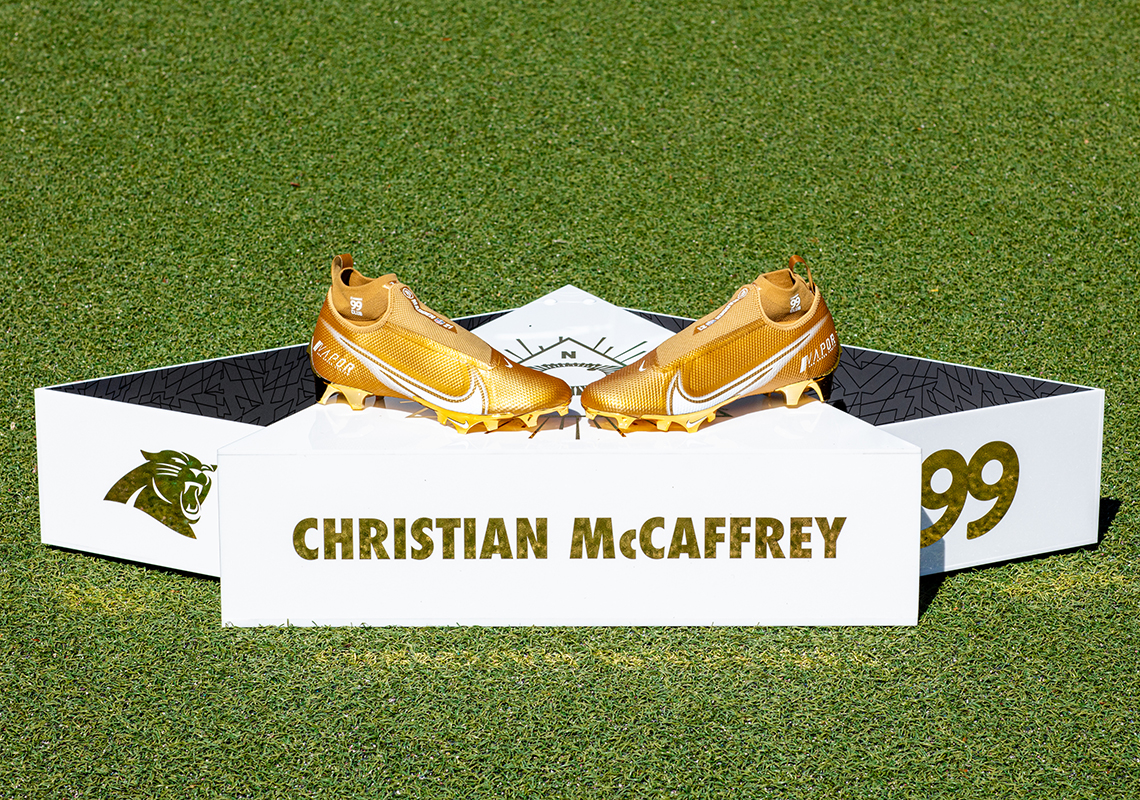 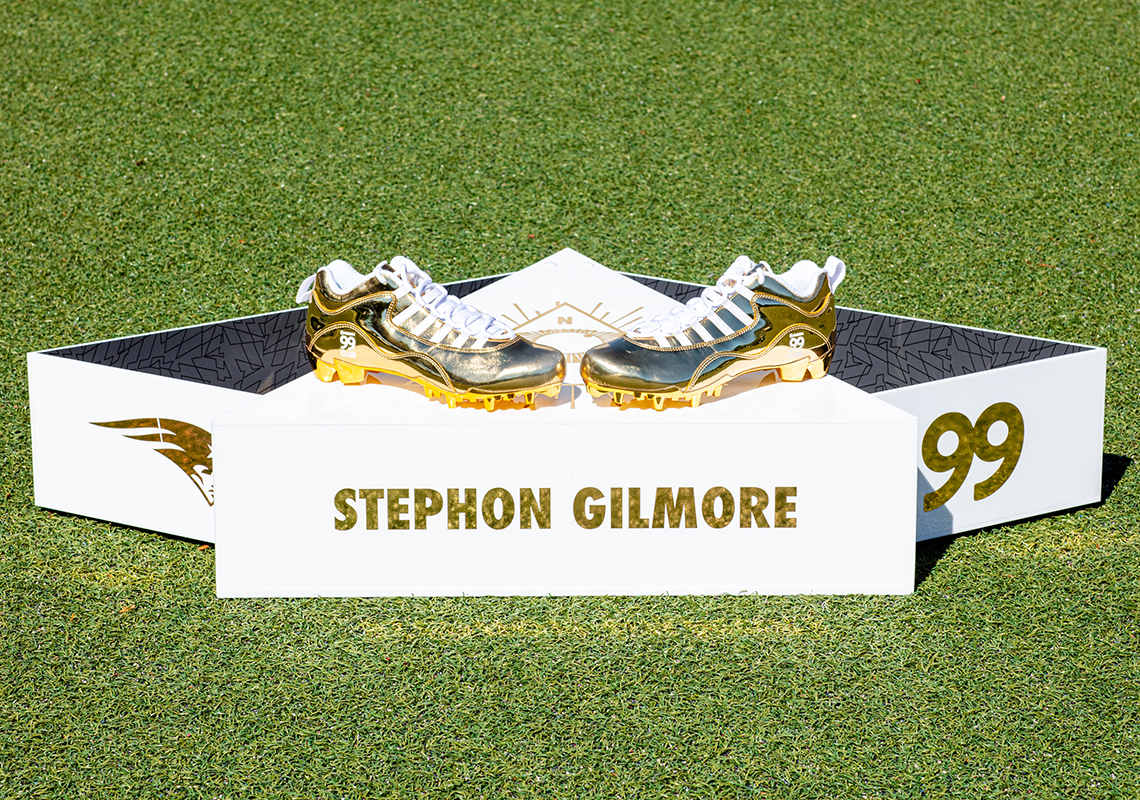 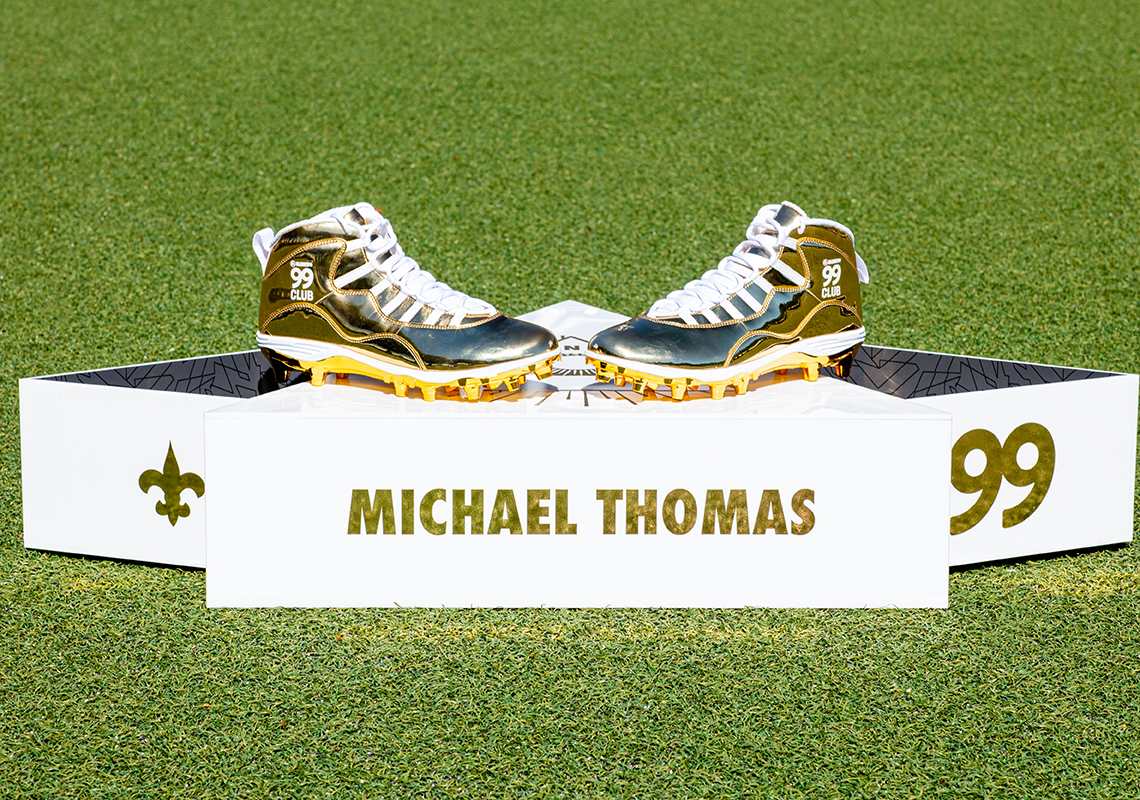