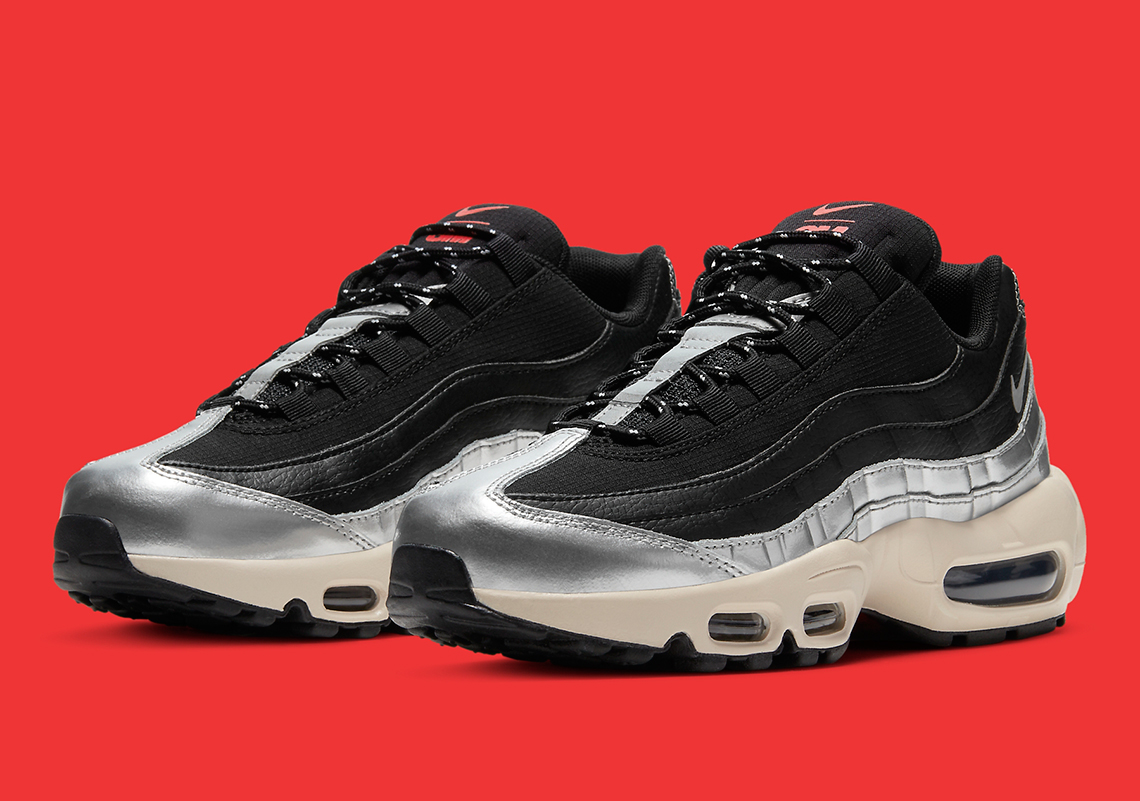 In rather unexpected fashion, the Nike Sportswear team has elected to enlist the industrial goods experts of 3M to apply their touch to an array of silhouettes. Running through the gamut of staples, they’ve ticked off members both old and new alike such as the Air Force 1 Low, Air Max 90, and Air Max 2090, and now they’re diving into the celebratory Air Max 95 to strengthen its 2020 anniversary run.

Greyscale hues are unified throughout this collaborative iteration, the most outstanding ones being that of the solid black base constructions that split between tumbled leather overlays at the mid-foot and ripstop towards throat, as well as the metallic silver mudguards and toe tips. It wouldn’t be a true 3M collab without some reflective hits, so those are effectively placed atop the banner that runs down the throat, the Swooshes, and the heels. Furthermore, the chunky midsole piece is swathed with a bone-white exterior, and bold red doses accents through the co-branded tongues and Nike branding that rest along the rear and insoles. Check out a further look here ahead and expect these to hit Nike.com in the coming weeks.

In other Swoosh-related news, the LeBron Soldier 14 Lakers colorway has been unveiled. 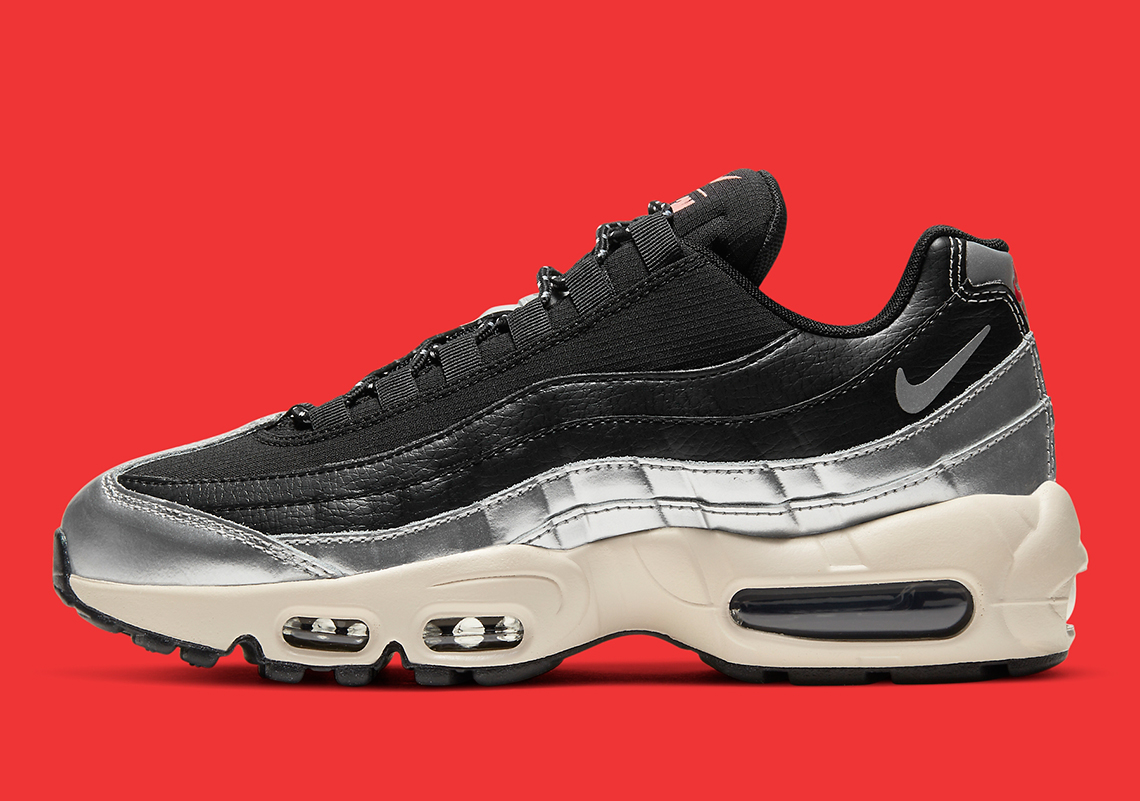 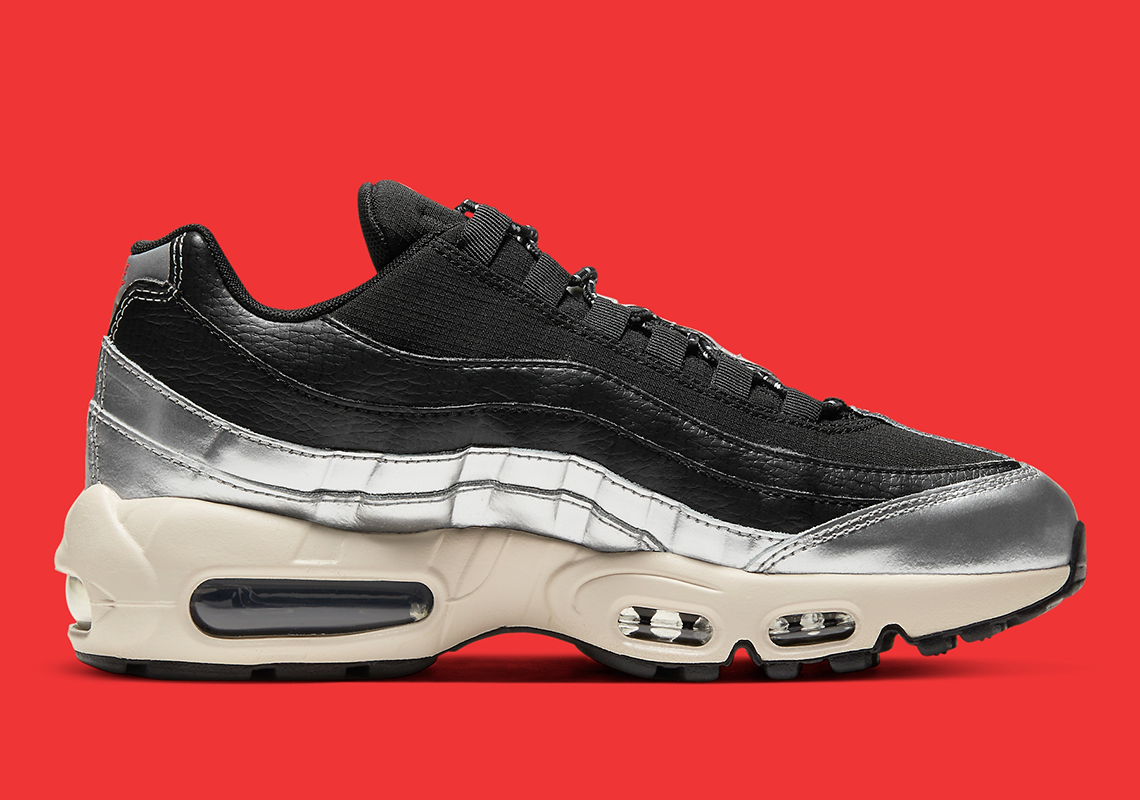 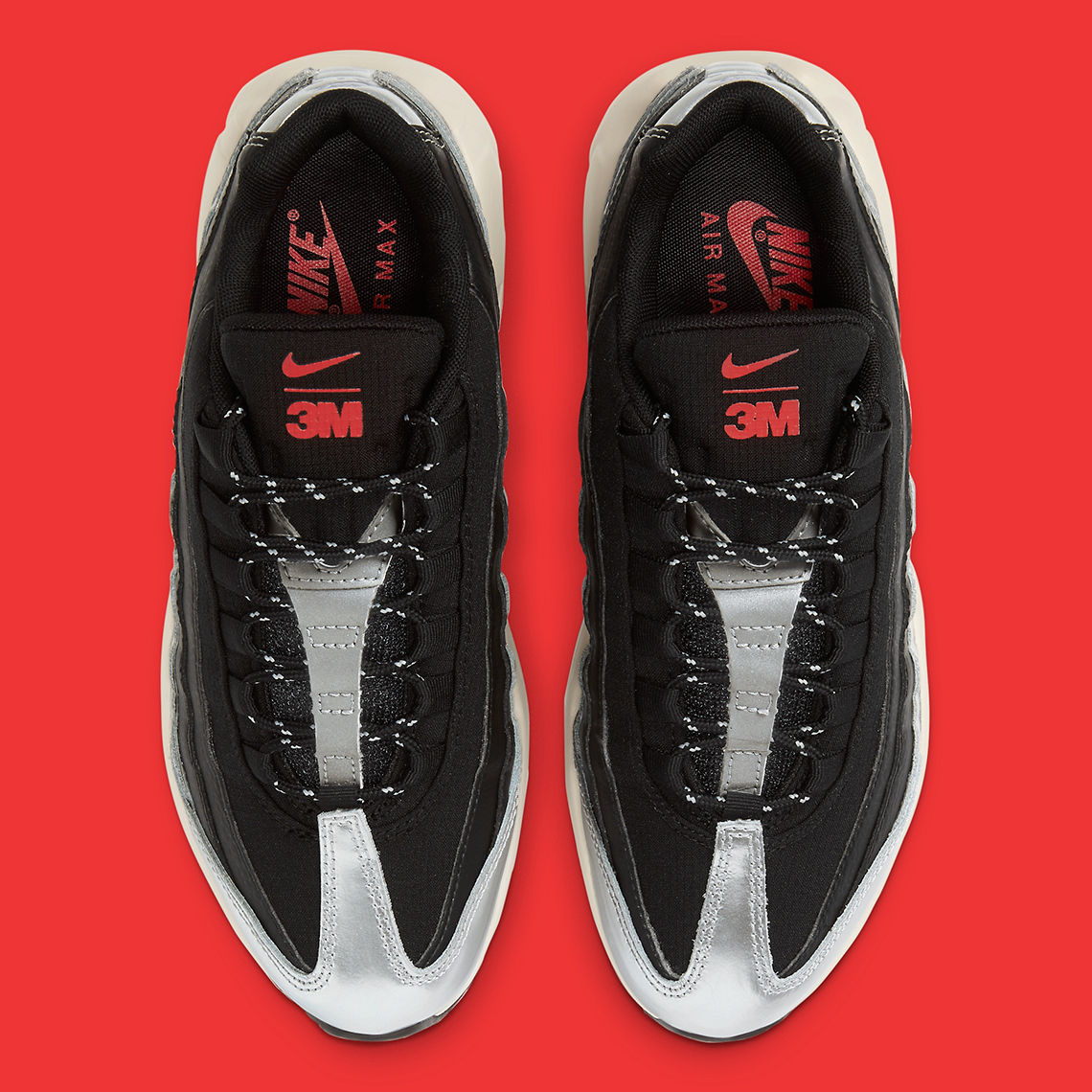 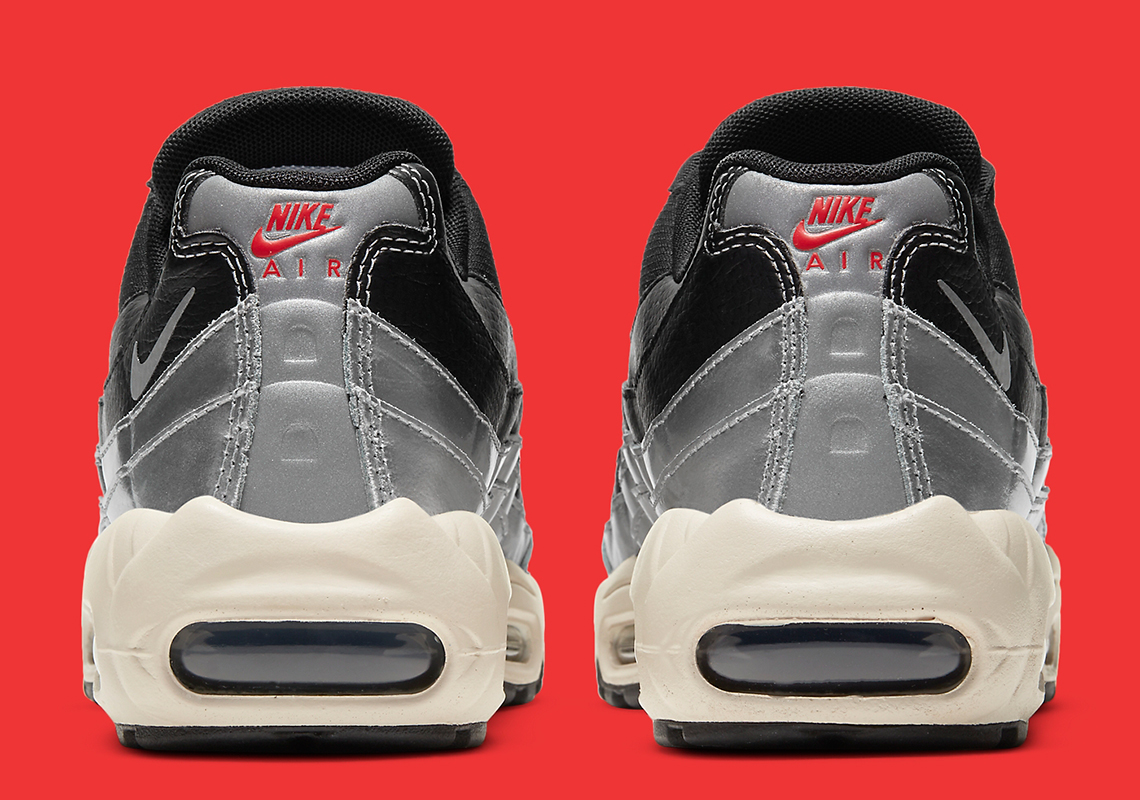 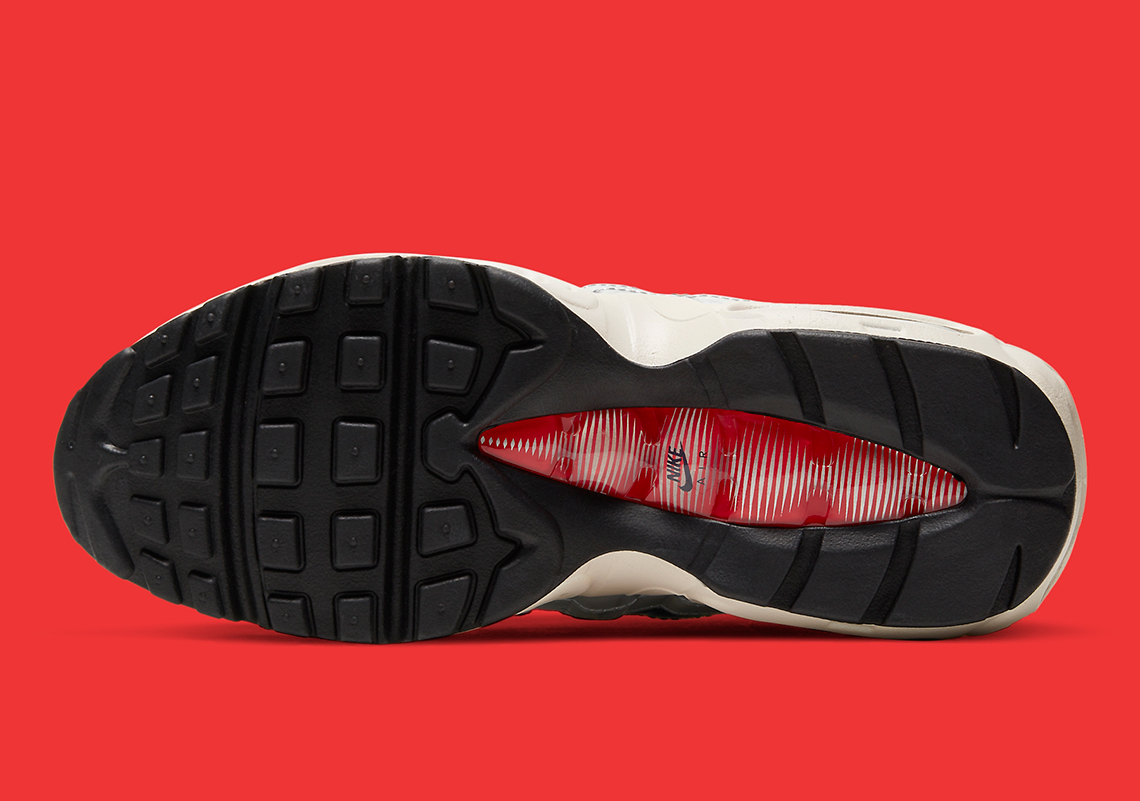 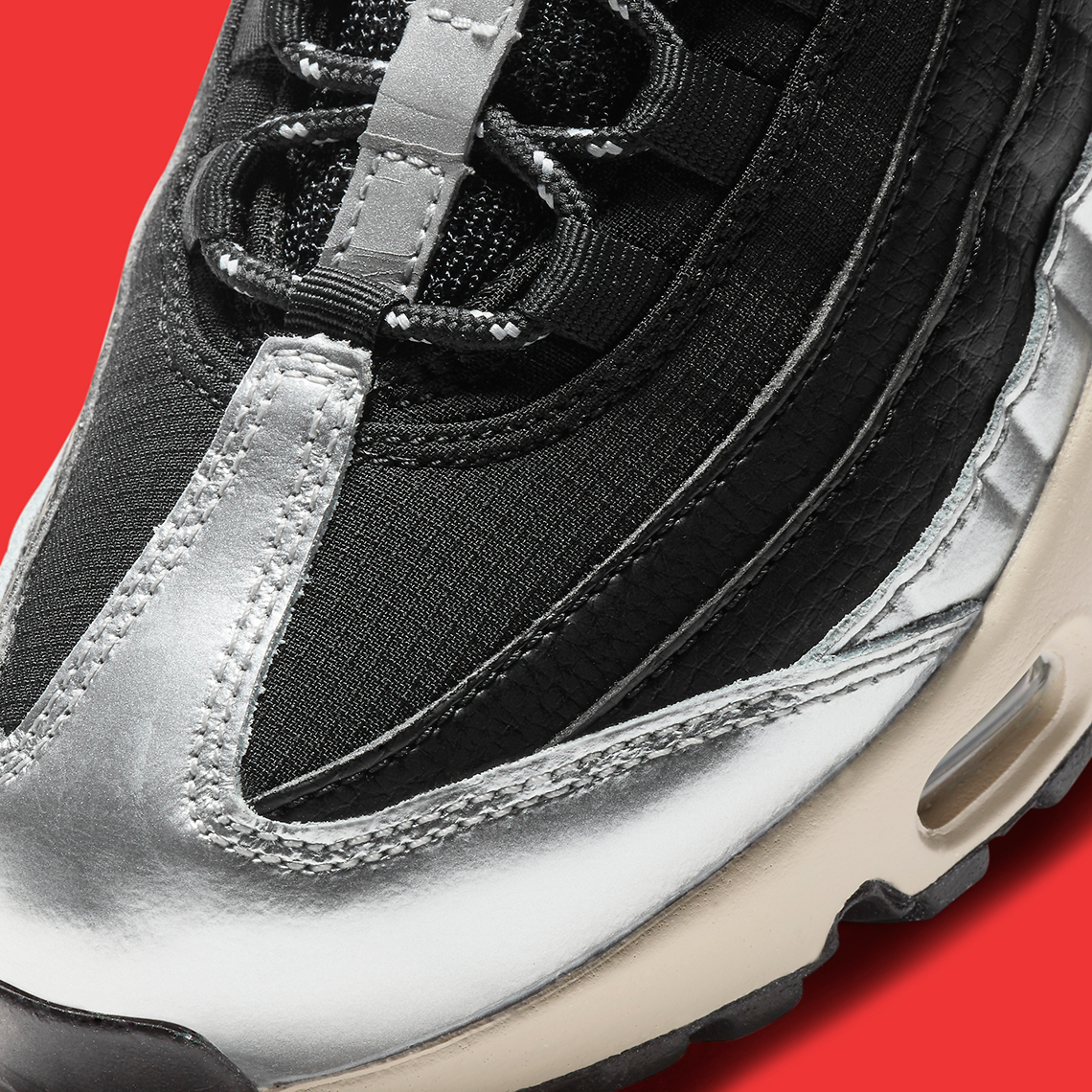 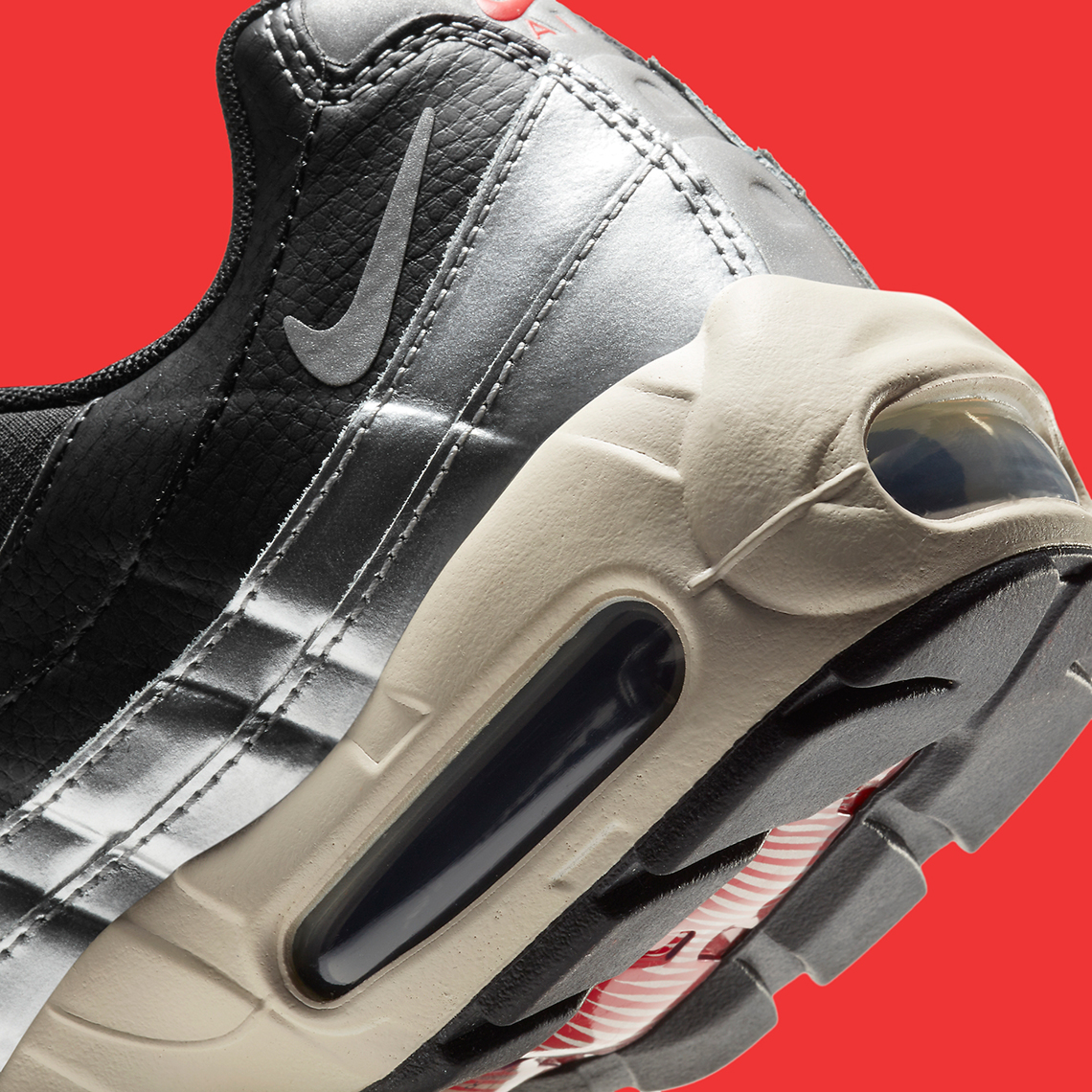