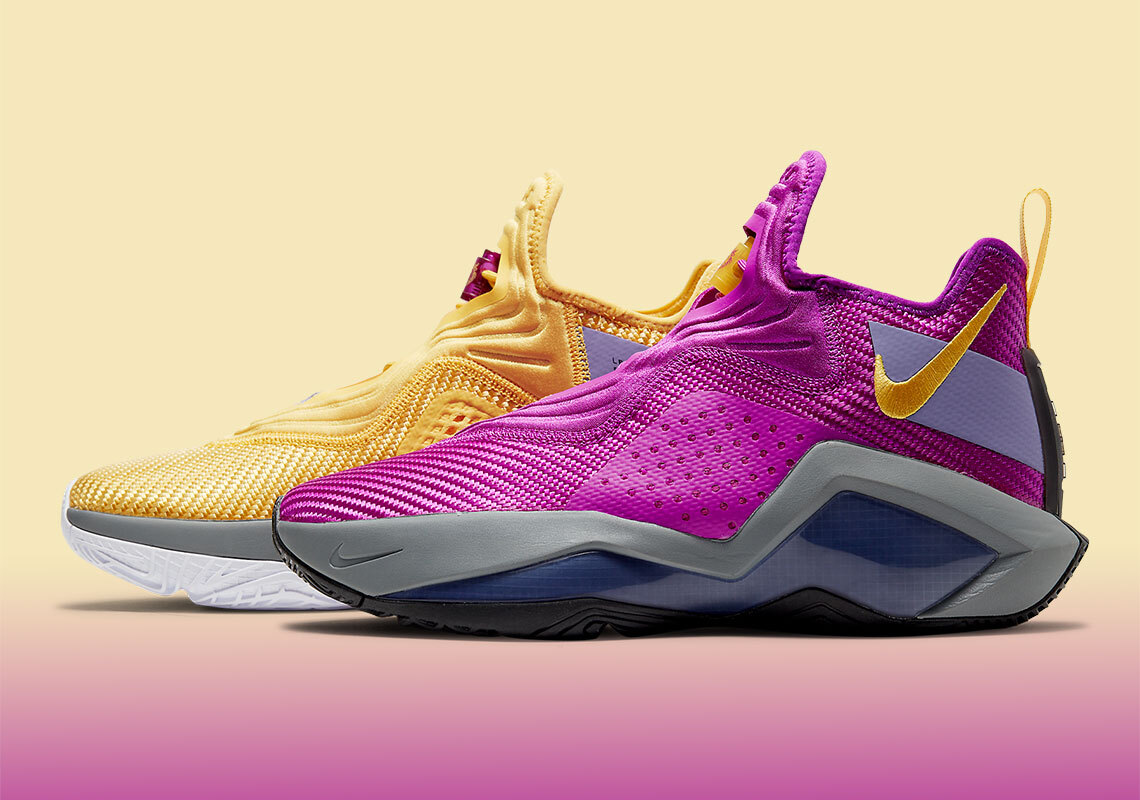 Now sitting at the top of the list for most playoff wins in NBA History, LeBron James, along with his Lakers squad, have punched their ticket to the Western Conference Finals, making them just a series away from competing for the Larry O’Brien. And in the middle of his quest for another ring, the King is also growing his signature footwear lineup on the side with more colorways. Before James’ anticipated LeBron 18 reportedly makes its debut next month, the Nike crew is also giving some love to his takedown lineup and expanding upon the LeBron Soldier 14 catalog.

After being adorned with Kay Yow-related branding to spread awareness for breast cancer, the hoops-ready silhouette is now getting outfitted with alternating colors befit for die-hard Laker fanatics. Similar to the LeBron 7 “Lakers”, each foot is designed differently as the right side comes presented with bright yellow uppers and lavender embroidered branding, while the left side dials to purple uppers. Bottoms units, while they are consistent with charcoal grey midsole molds and navy gridded paneling, contrast with that of white and black treading. Sit tight for word on their official launch on Nike.com, and check out a gallery of images here below while you wait on their arrival.

Elsewhere in sneaker news, the Kobe 5 Protro Heart is dropping on 9/18. 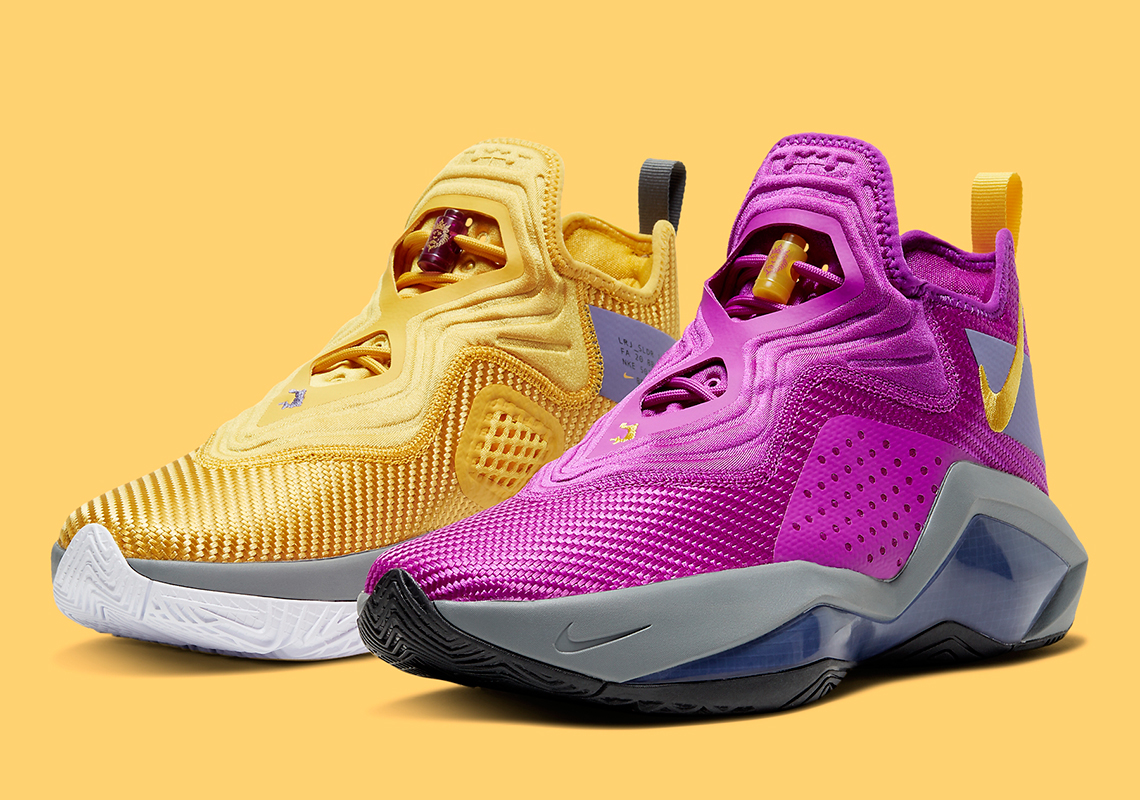 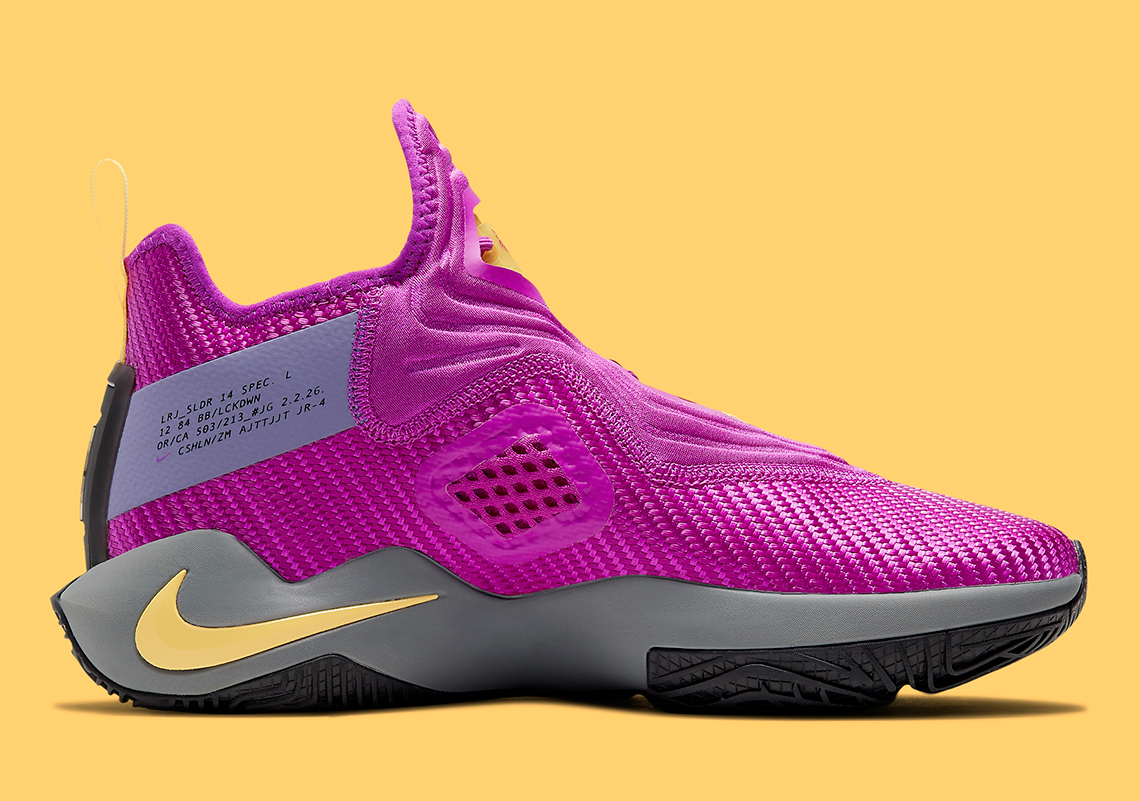 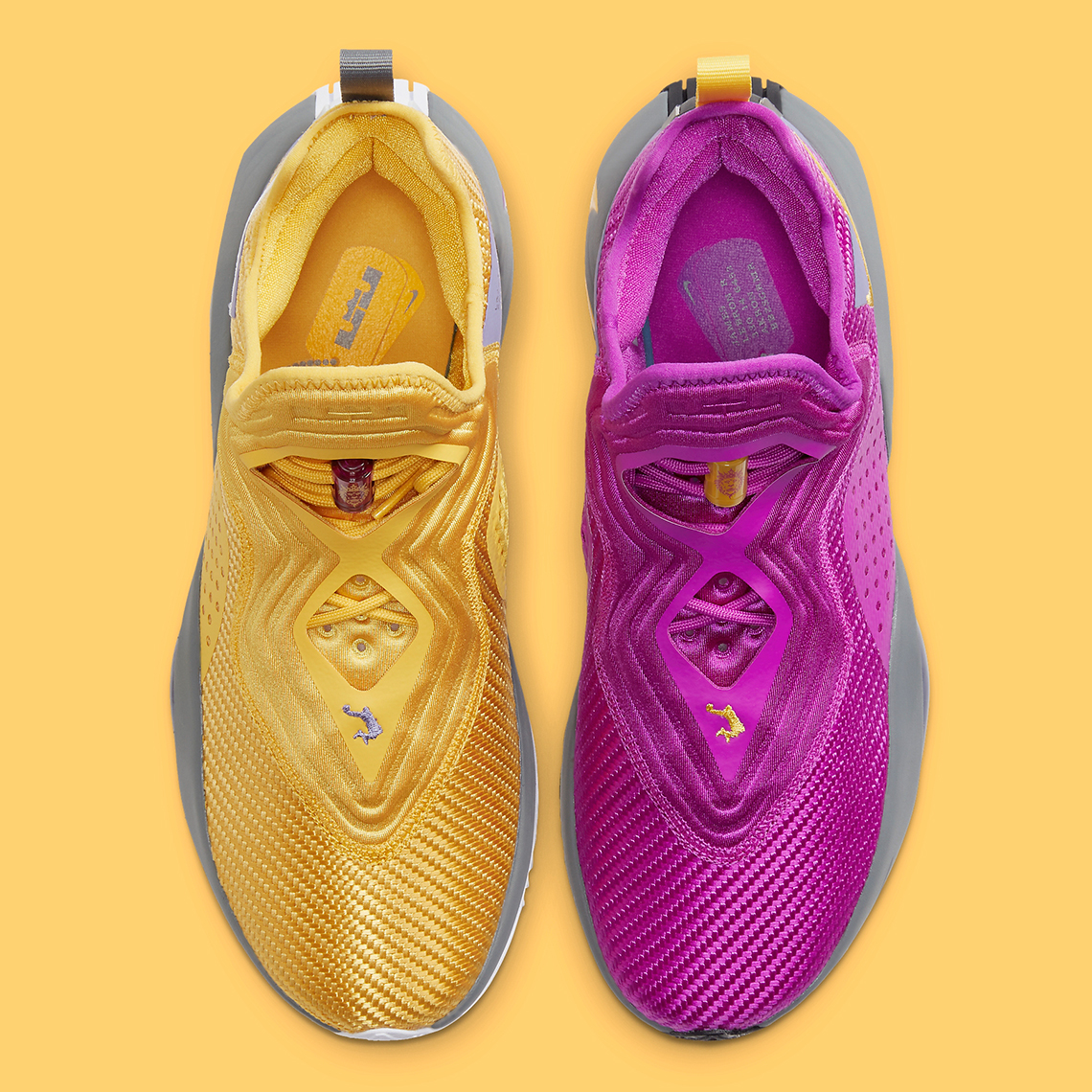 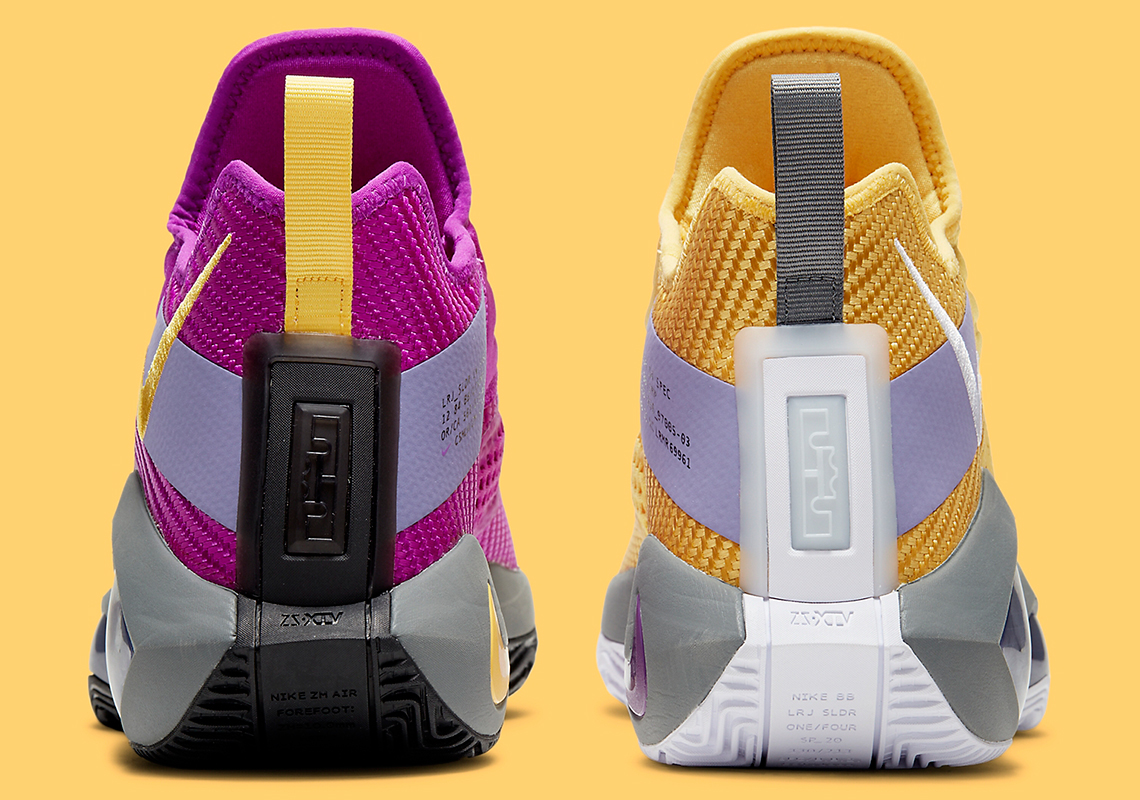 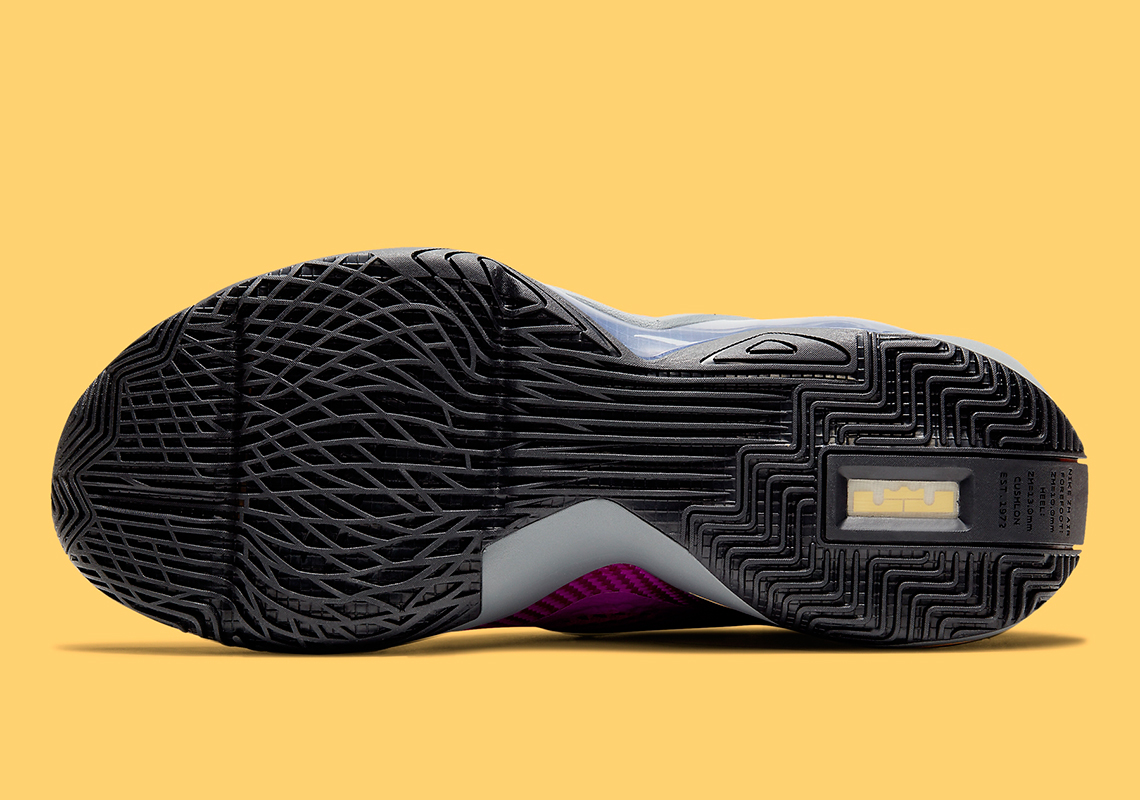 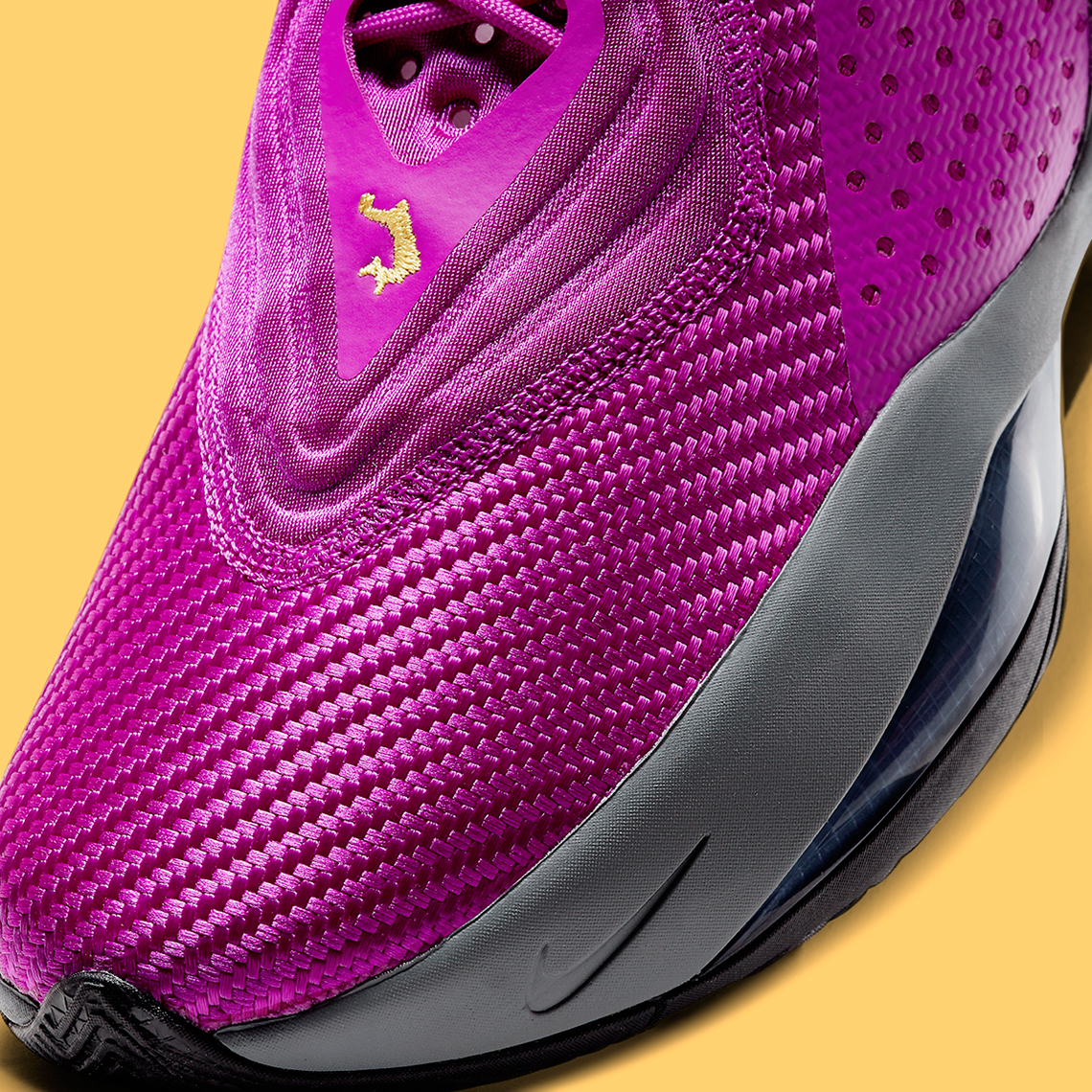 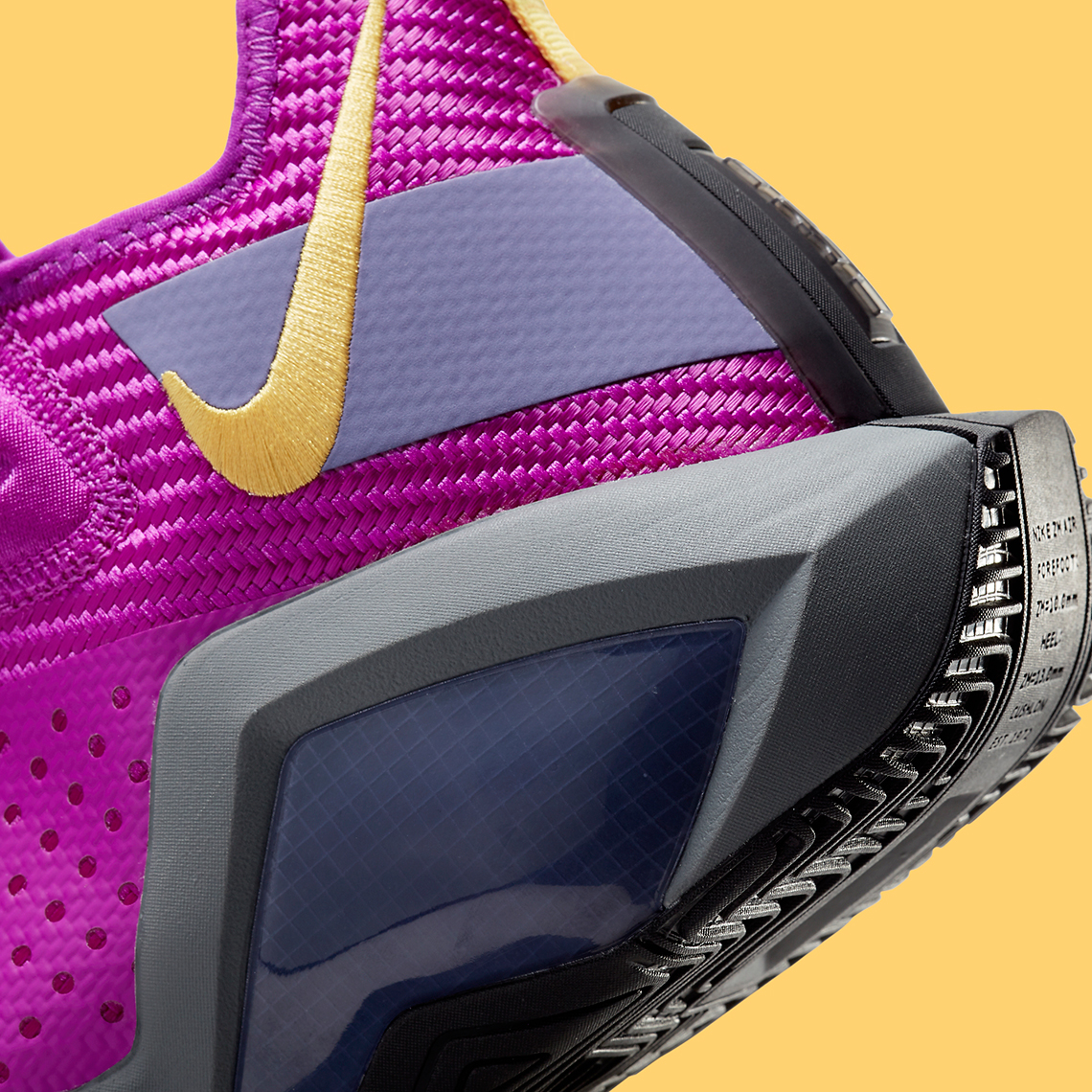