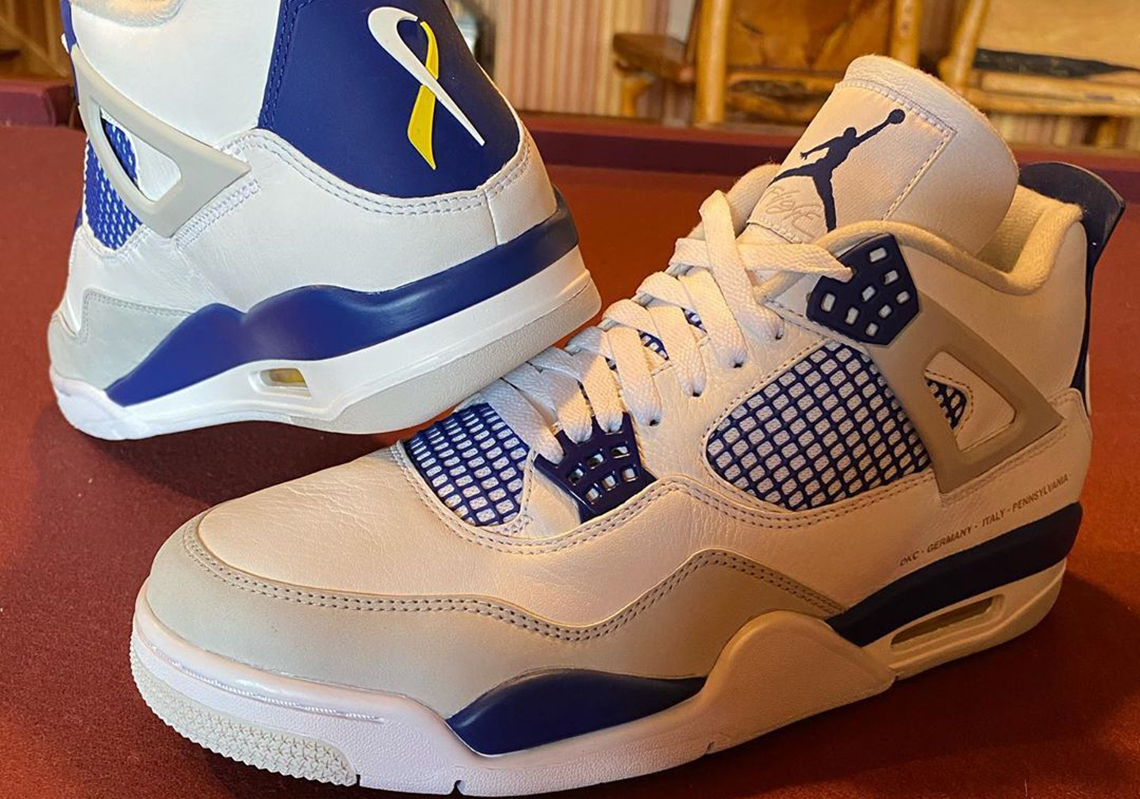 The Make-A-Wish Foundation has a realized a number of seemingly impossible dreams since its founding, and as experienced by Peyton Smith, the organization can even provide you the opportunity to design your very own shoe in joint effort with names the likes of Jordan Brand.

Designed top to bottom by Smith himself, the Air Jordan 4 “Make-A-Wish” effectively serves as a memento of the young designer’s passions. Its color story, which borrows from the signature flags of the US Air Force, nods to Smith’s Air Force family in blue, grey, and white while yellow Cancer ribbons flourish at the heel in his very own design. Further references to airborne combat then take form on the insole, its print bearing camo pattern and the shark nose art signature to WW2 fighter planes. Elsewhere, “Air Peyton” patches onto the inside tongue, celebrating its creator in tandem with a series of text that denotes every place he’s spent his time.

Grab a detailed look at Peyton Smith’s efforts here, and though you won’t be able to secure a pair for yourself, you can enjoy them vicariously through his images and the additional pairs made for his family. 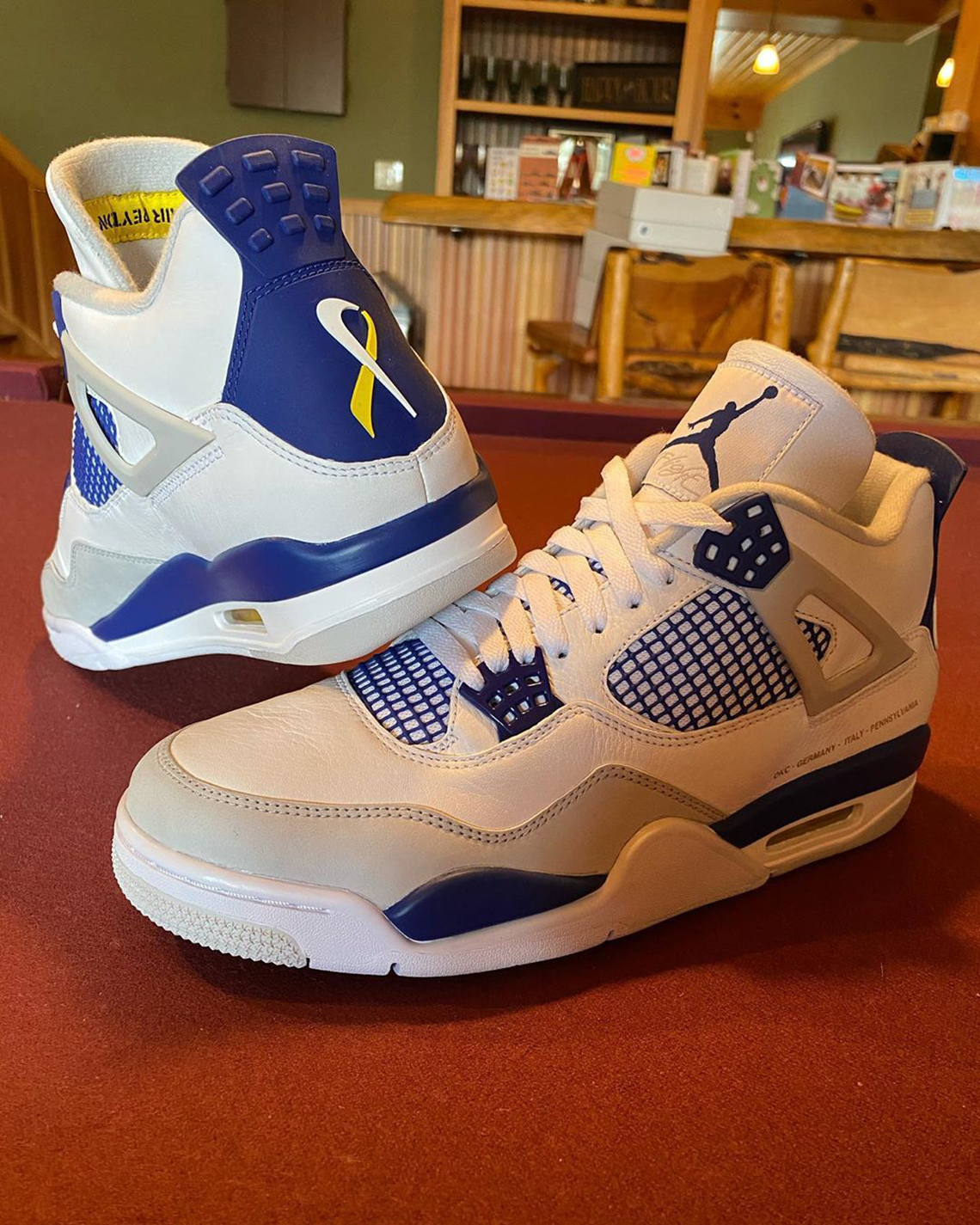 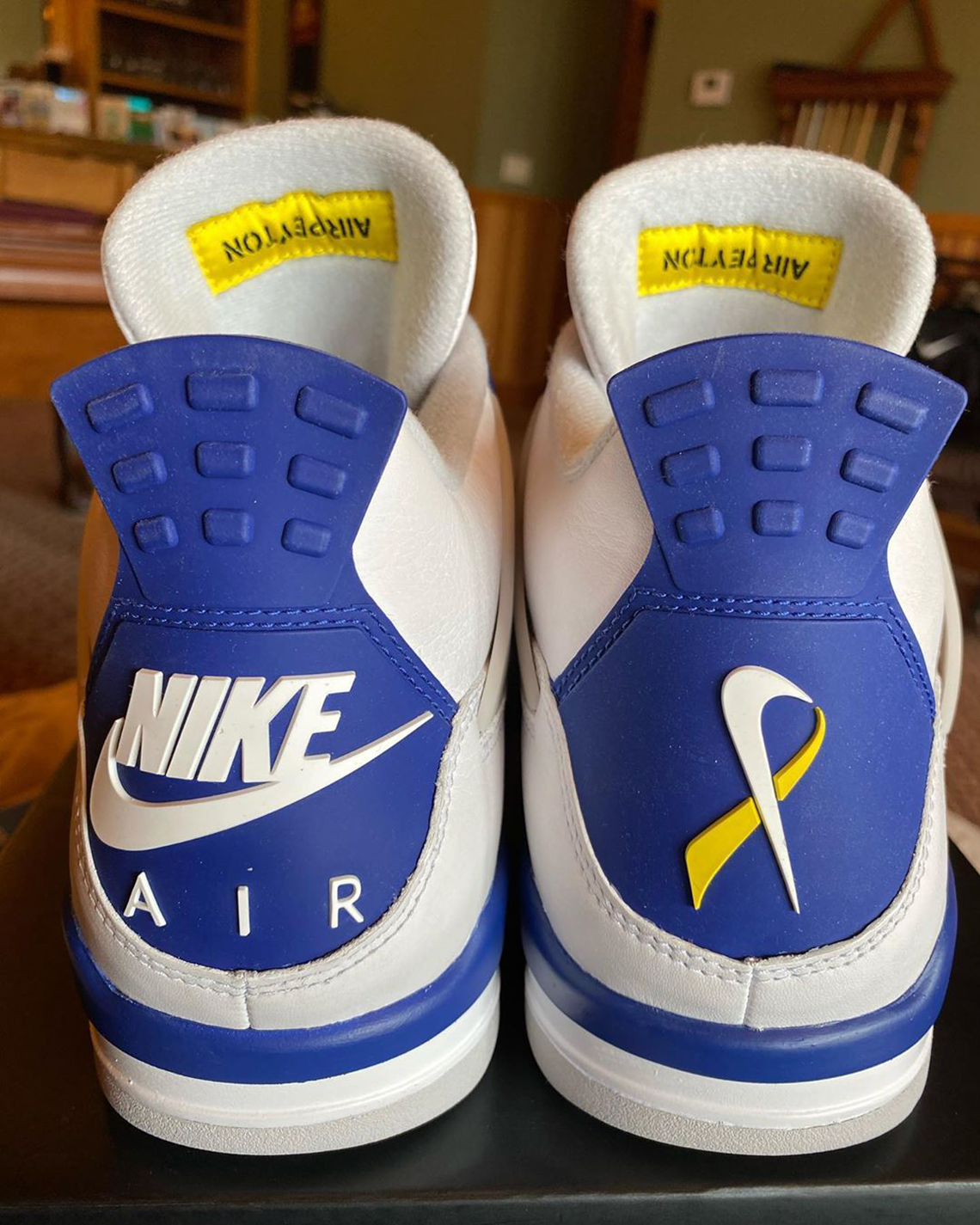 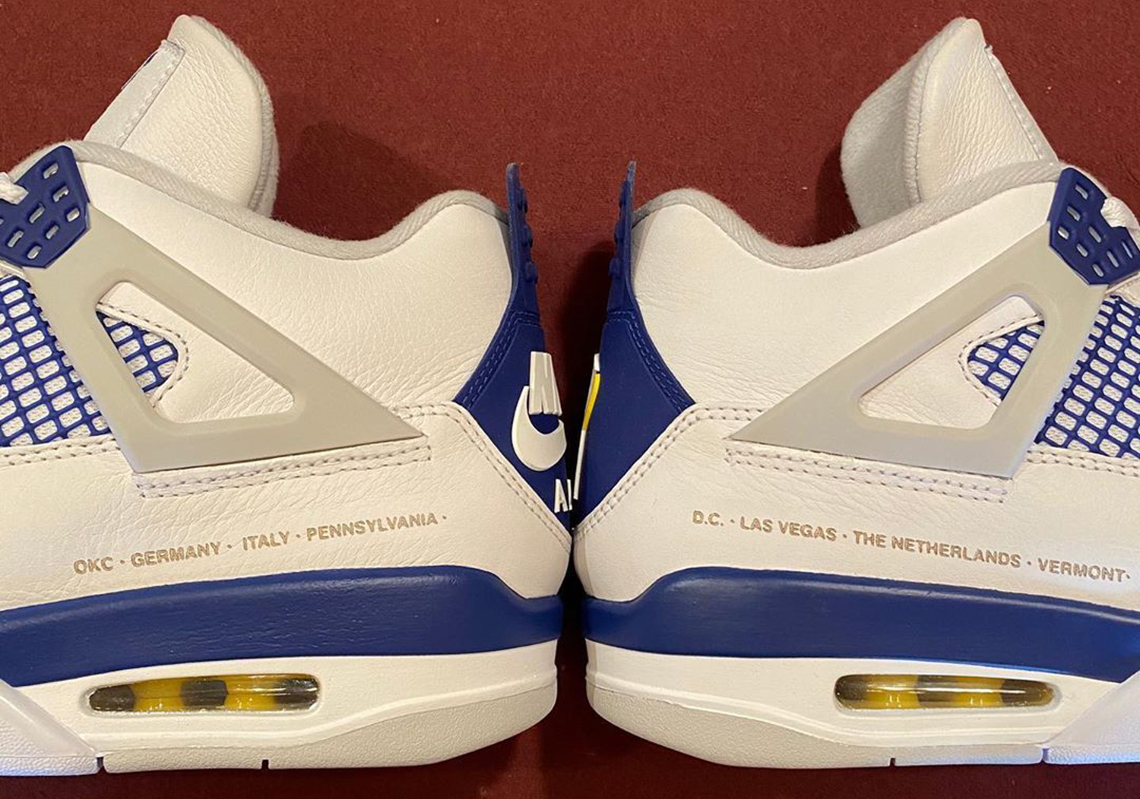 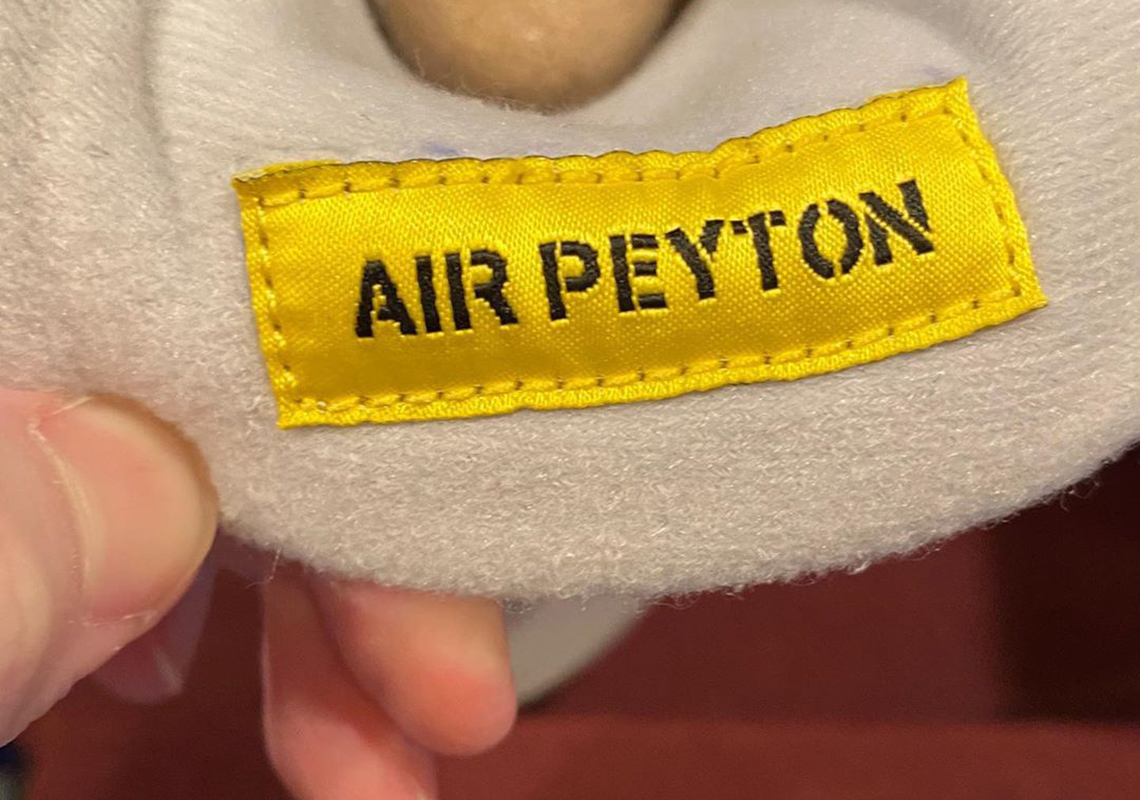 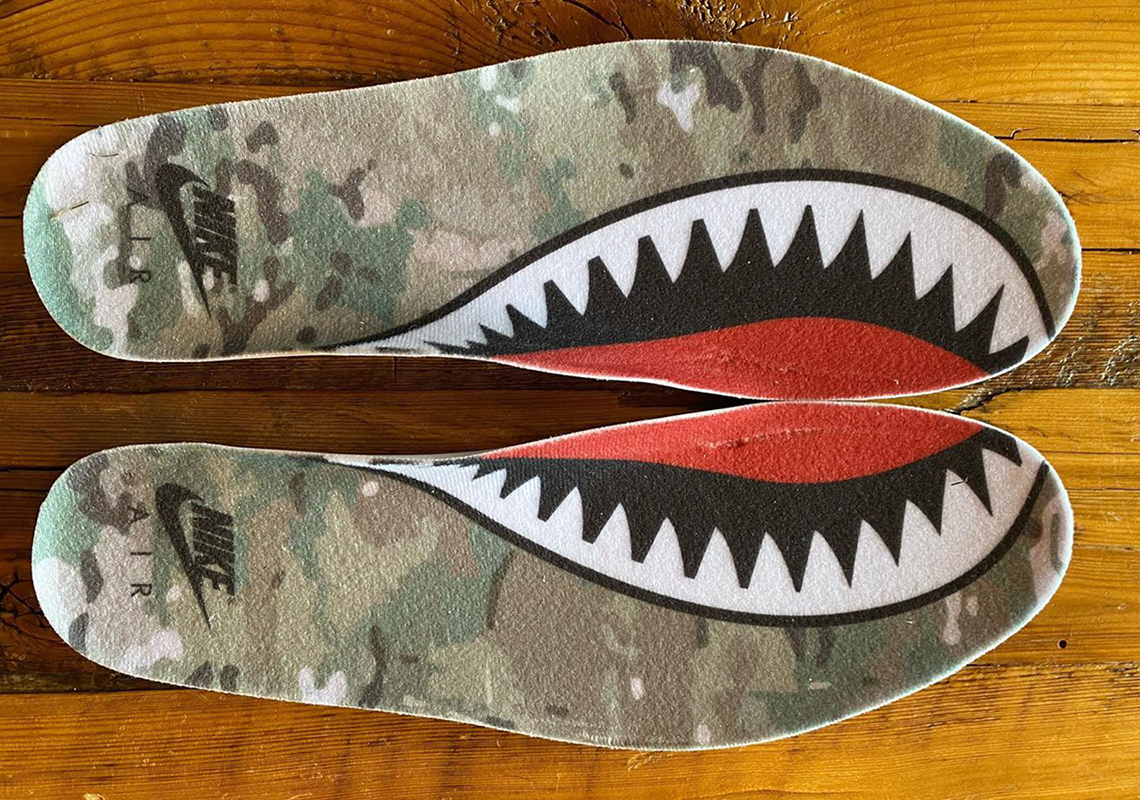 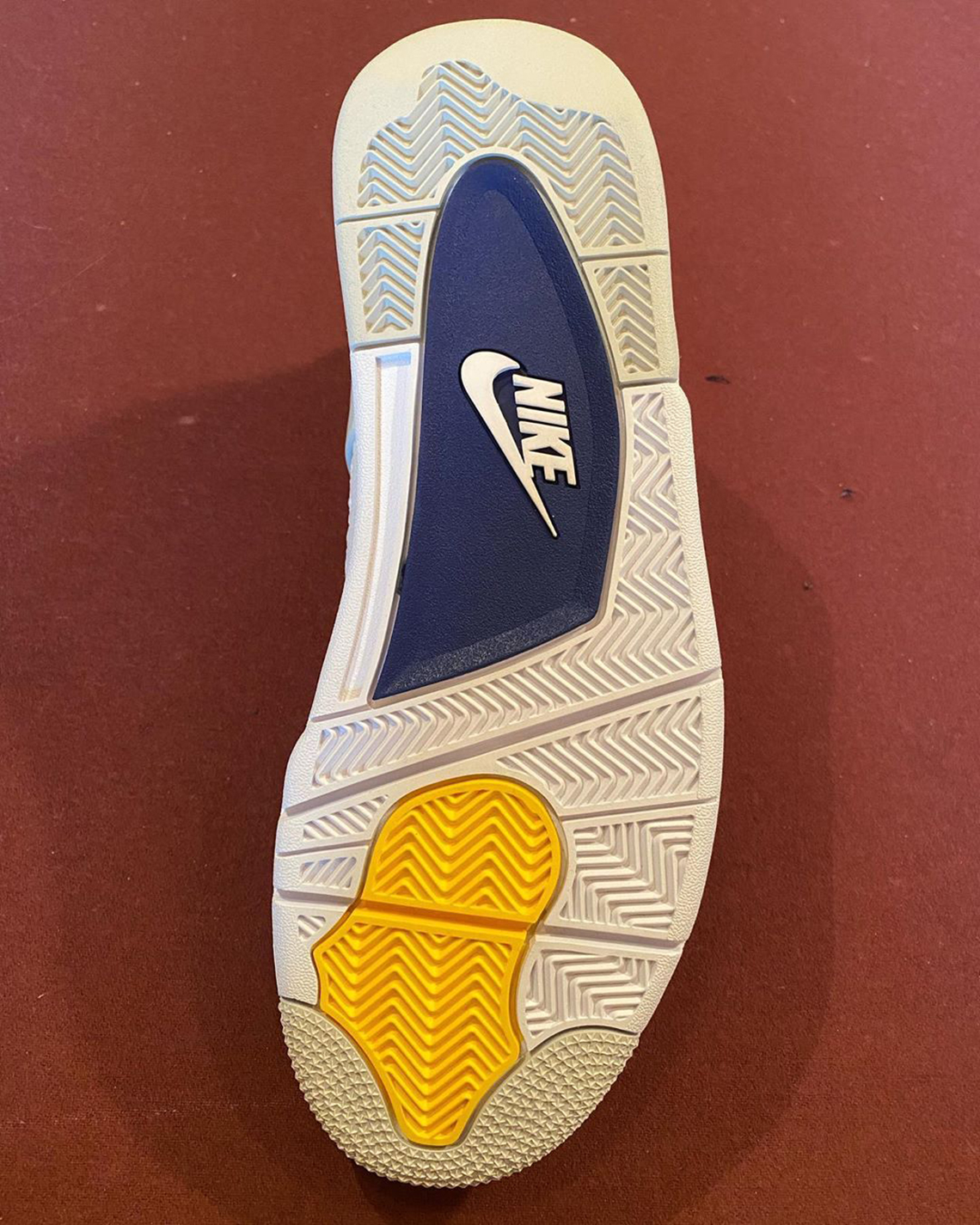