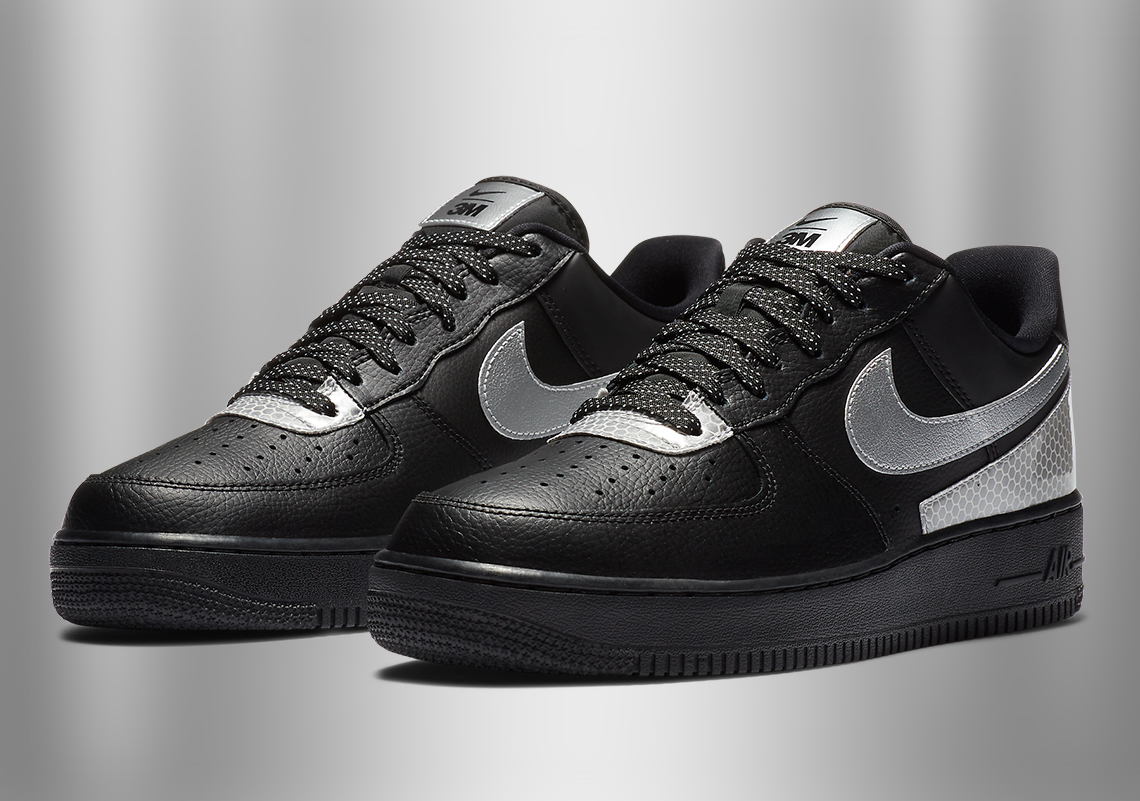 With the Fall/Winter season encroaching, the Nike team is gradually starting to unravel some of their more sleek and functional Sportswear offerings that they have on the way. Some have included upgrades of weatherproof GORE-TEX infused exteriors, while others have been enhanced with high-vis capabilities thanks to the applications of reflective overlays by 3M. Just yesterday, the latter batch unpacked an impending Air Max 95, and now its set to further along its assortment by welcoming another Air Force 1 Low.

Unlike the last variation which made use of neon orange uppers, this colorway arrives styled with a much darker motif with stark black leather uppers and bottoms leading the charge. Layered on top, you’ll find silver Swooshes, reflective pieces replete with hexagon patterns atop the heels and lower throat. Furthermore, the laces are decorated with dotted patterns, and the tongues are stamped with co-branded logos. You can catch a further look down below, and expect this pair to land on Nike.com in the coming weeks.

For other news, official images of the Kobe 5 Protro Heart have surfaced. 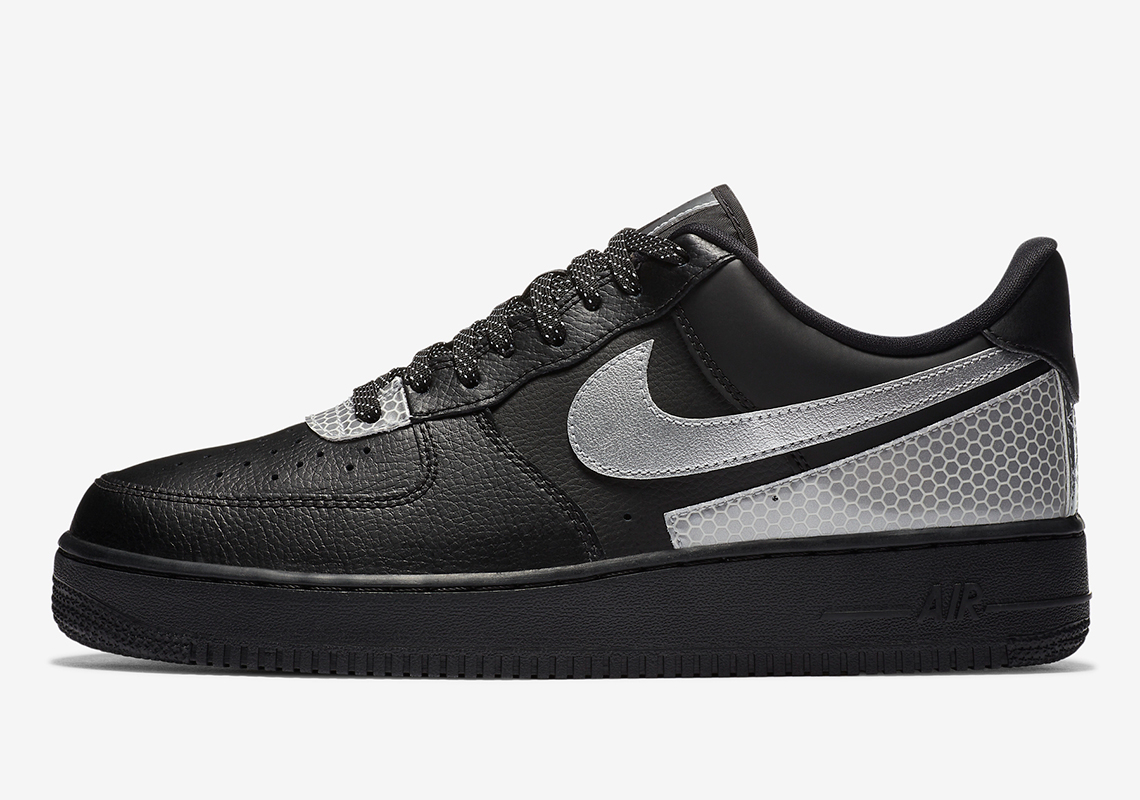 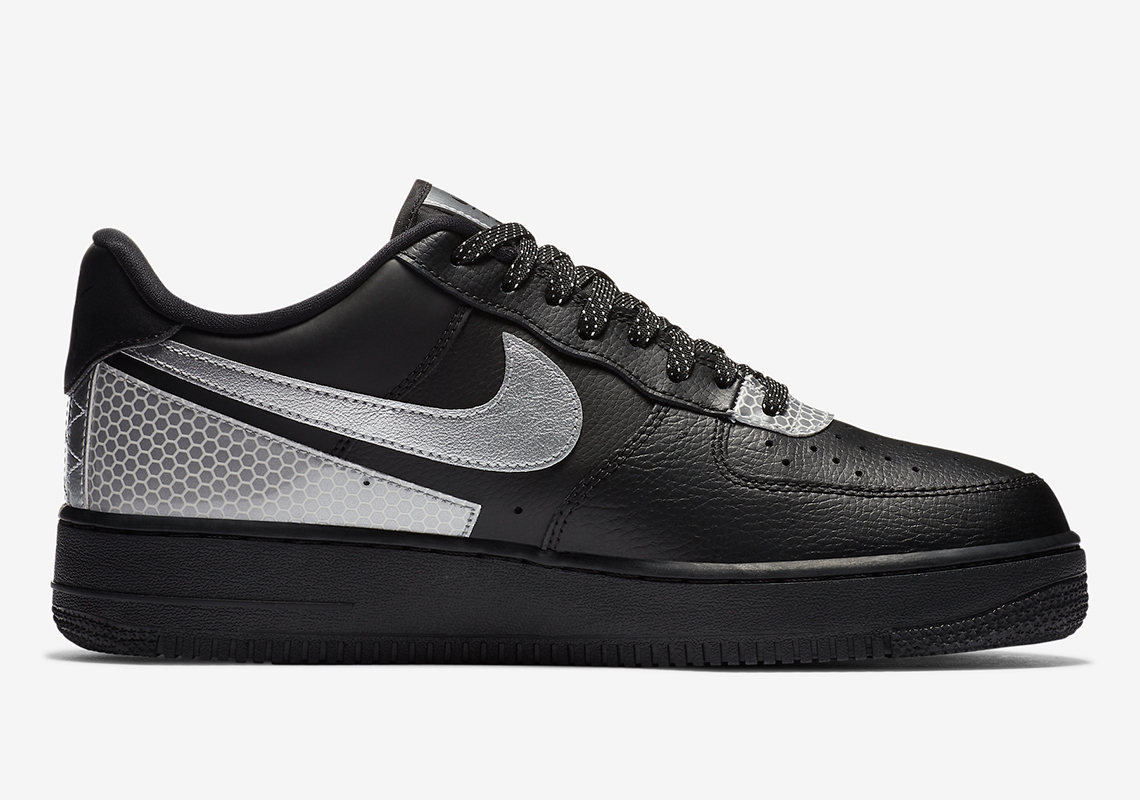 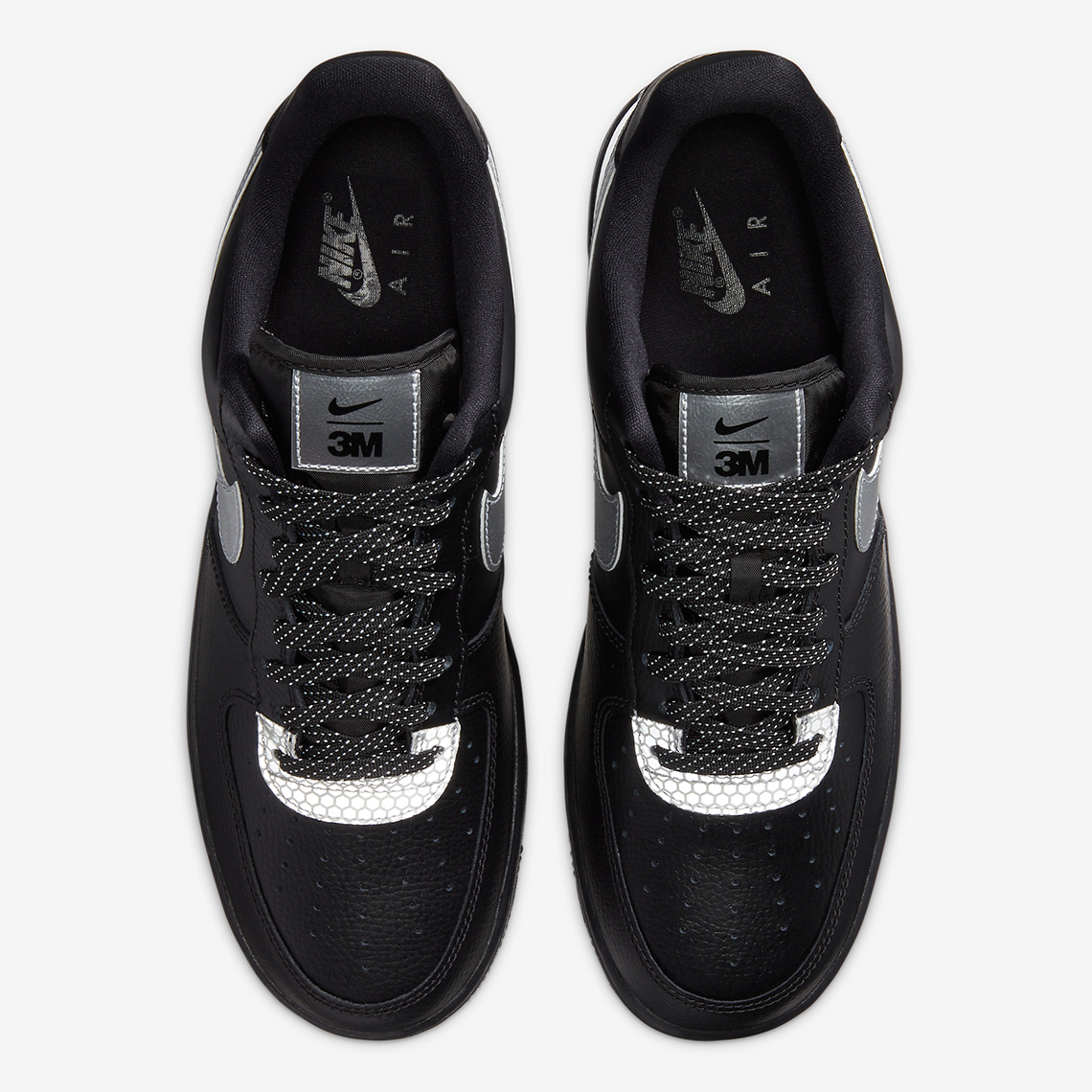 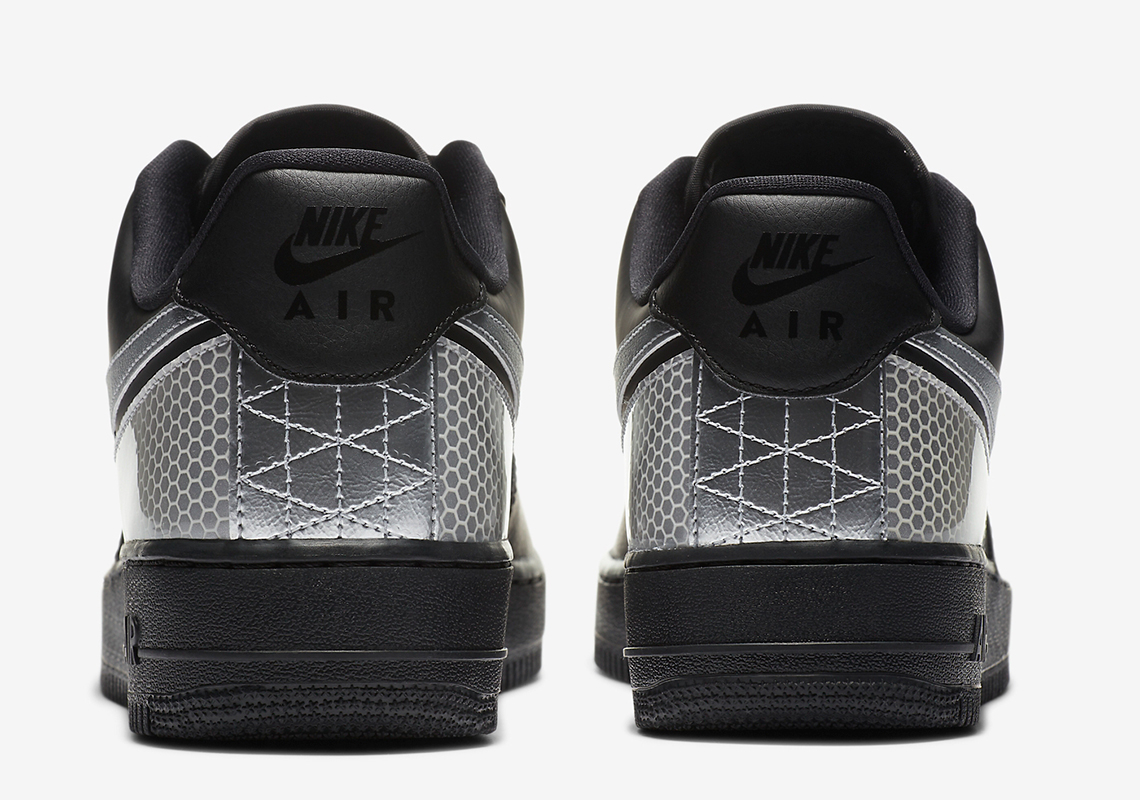 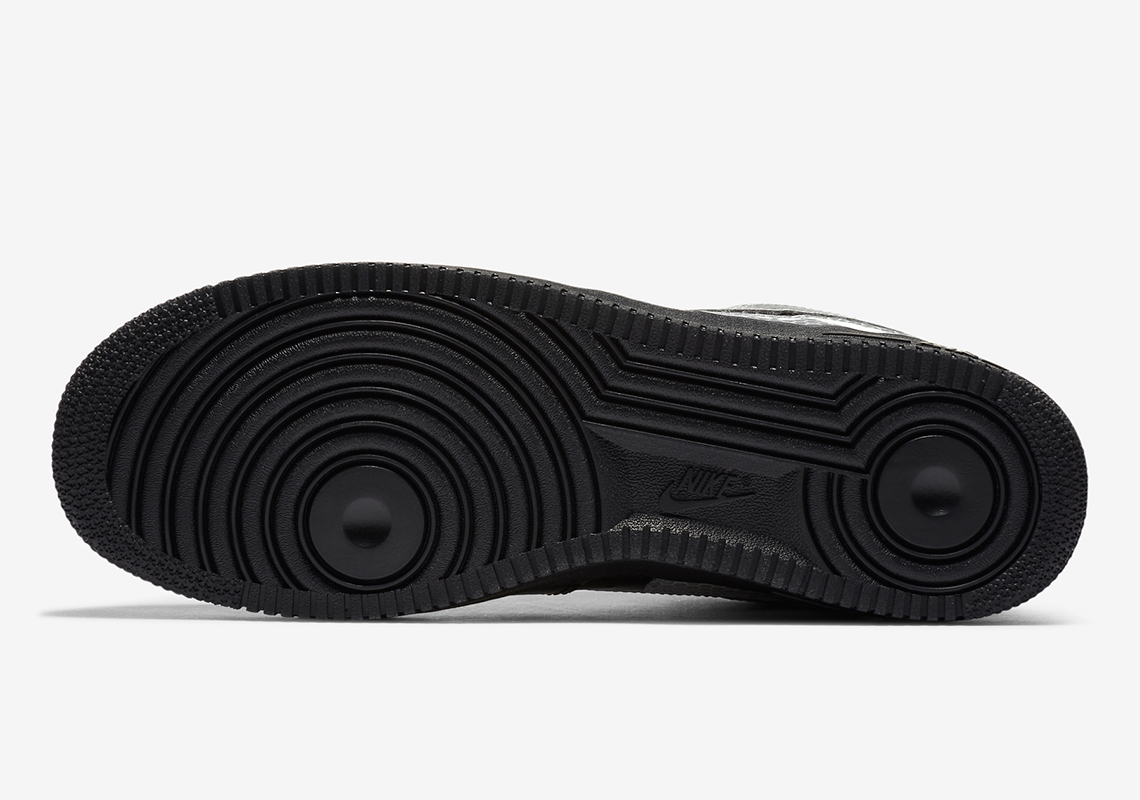 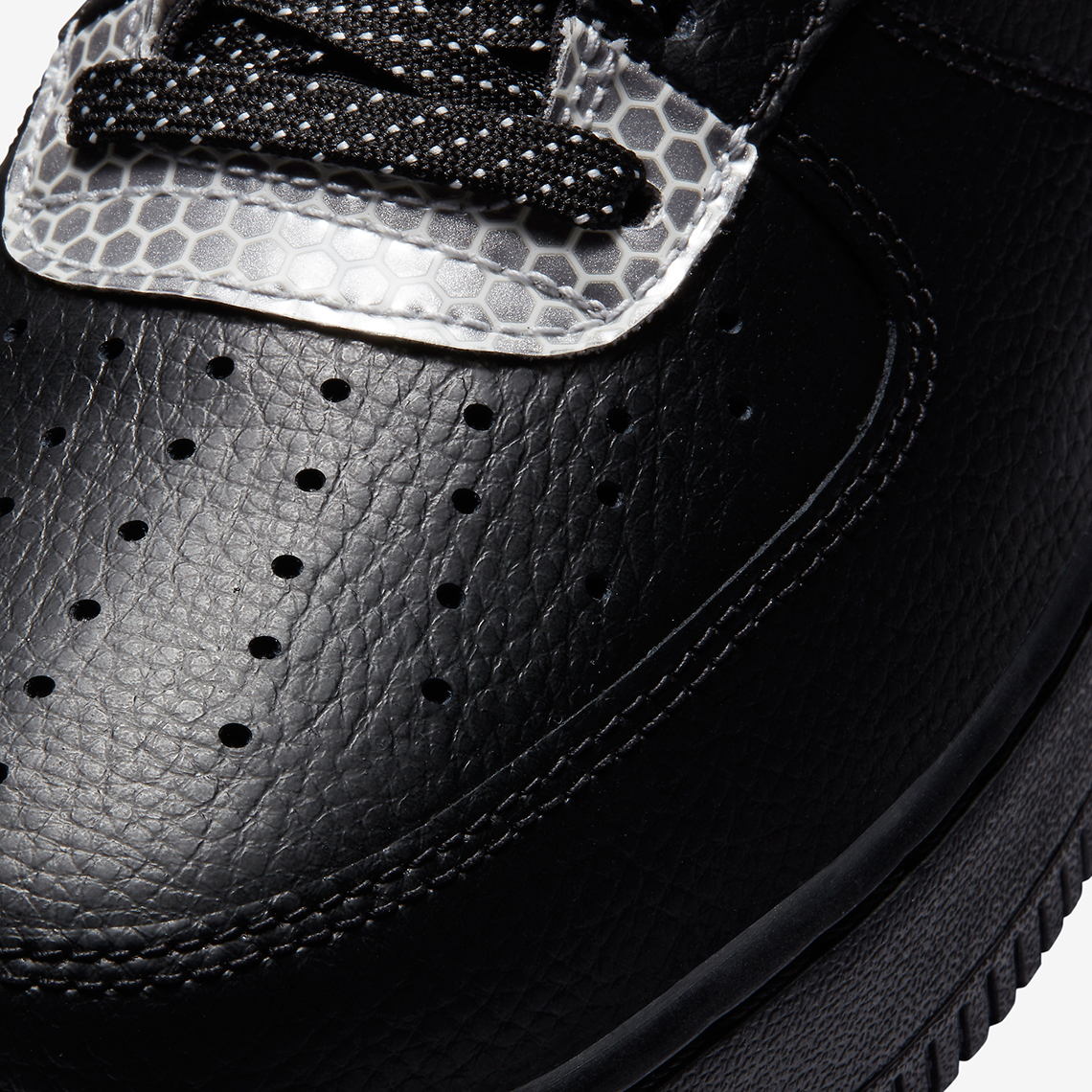 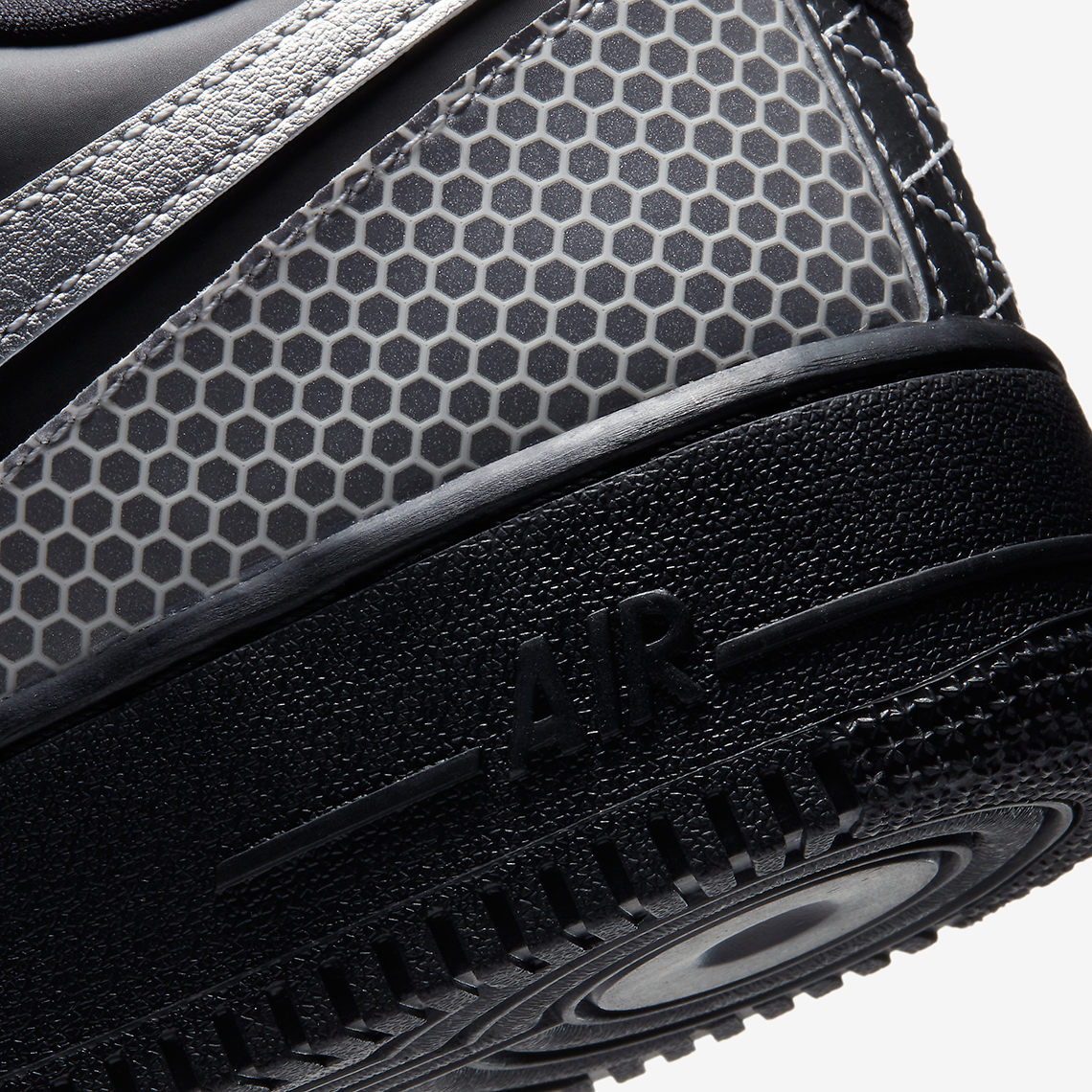