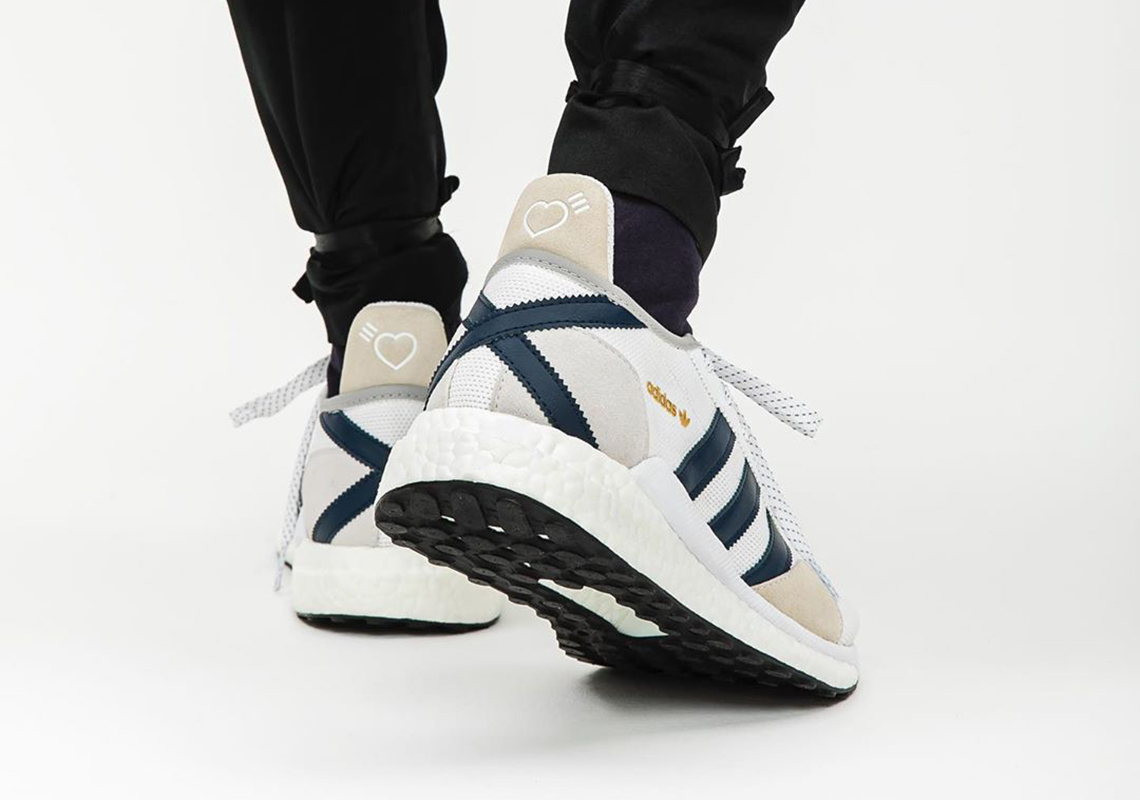 Both by way of his own namesake and his relatively new Human Made label, NIGO has established himself as one of the longest standing contributors to the adidas collaborative family. And after a few inspired takes on the Rivalry Low and some more universal colorings of Three Stripes staples, the designer is moving on to a brand new silhouette: the Tokio Solar.

Teased via social media, the pair, as evident by the one available angle, is reserved both in its coloring and its branding. The signature Human Made heart insignia is stamped on the heel in typical fashion, but the side profile looks to be bereft of the oft-used “GEARS FOR FUTURISTIC TEENAGERS” slogan. The dark navy stripes along the side are left barren of any text, matching that of the cross pattern that adorns the heel counter over top white mesh and light grey suedes. Elsewhere, dotted laces dress the instep with playful use of pattern while the sole leans wholly towards function as it constructs of BOOST in a shape reminiscent of the Ultra Boost.

Grab a quick look at these here and sit tight for further word on their official release.