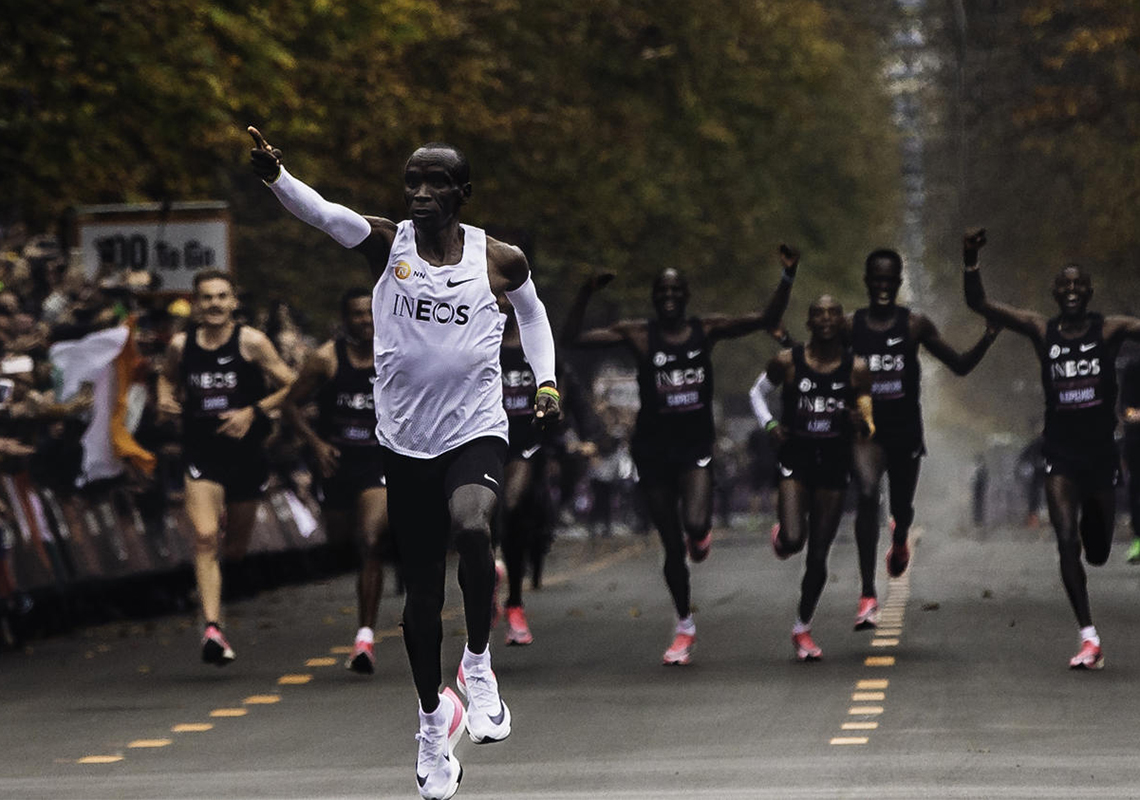 Eliud Kipchoge‘s astounding sub-two hour marathon run last October will be forever etched into the archives of sports as one of the greatest performances in history. Clocking in at an impressive 1:59:40, the Kenyan runner has not only set the bar extremely high, but also inspired many across the world to never be afraid to dream too big.

And as the Swoosh does best, they’re celebrating this wondrous athletic achievement through special footwear that involves multiple colorways of the Nike AlphaFly NEXT% inspired by Kipchoge himself. After revealing a Kenya-influenced makeup, the premium runner is now showing off another entry which color-coordinates to the exact prototype pair that the long-distance runner sported during the aforementioned race in Vienna. Uppers are backdropped with a bright white Atomknit material, and contrasted with that of interwoven black Swooshes. The beefy Zoom/Air-loaded midsoles are dialed to an off-white complexion, and color-blocked with a potent pink panel towards the heel. Furthermore, the heel tabs print out “EK” on the right foot, “1:59:40” on the left foot, while “Eliud” lands on the left tongue tab, all of which appear in marathon clock-like font. Check out a detailed look here, and expect these to drop within the coming months on Nike.com for $275 USD.

Elsewhere in Nike-related news, the blue Kasina Dunks have been revealed through official imagery. 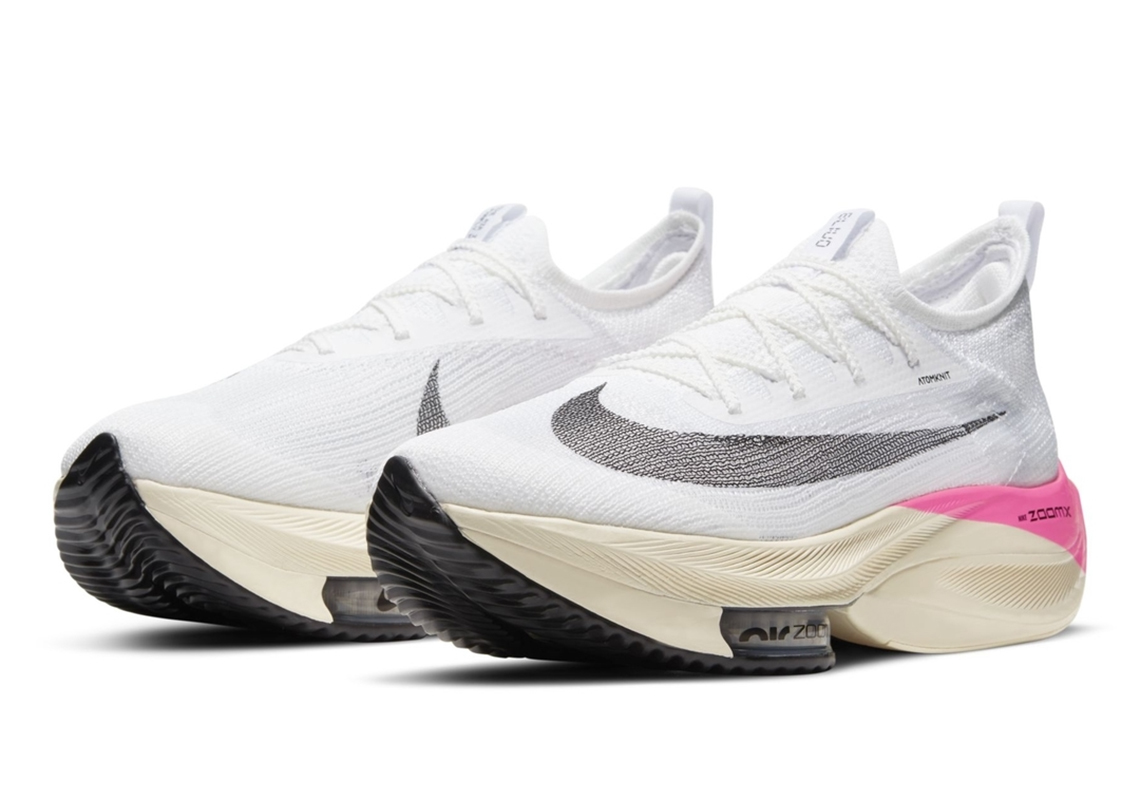 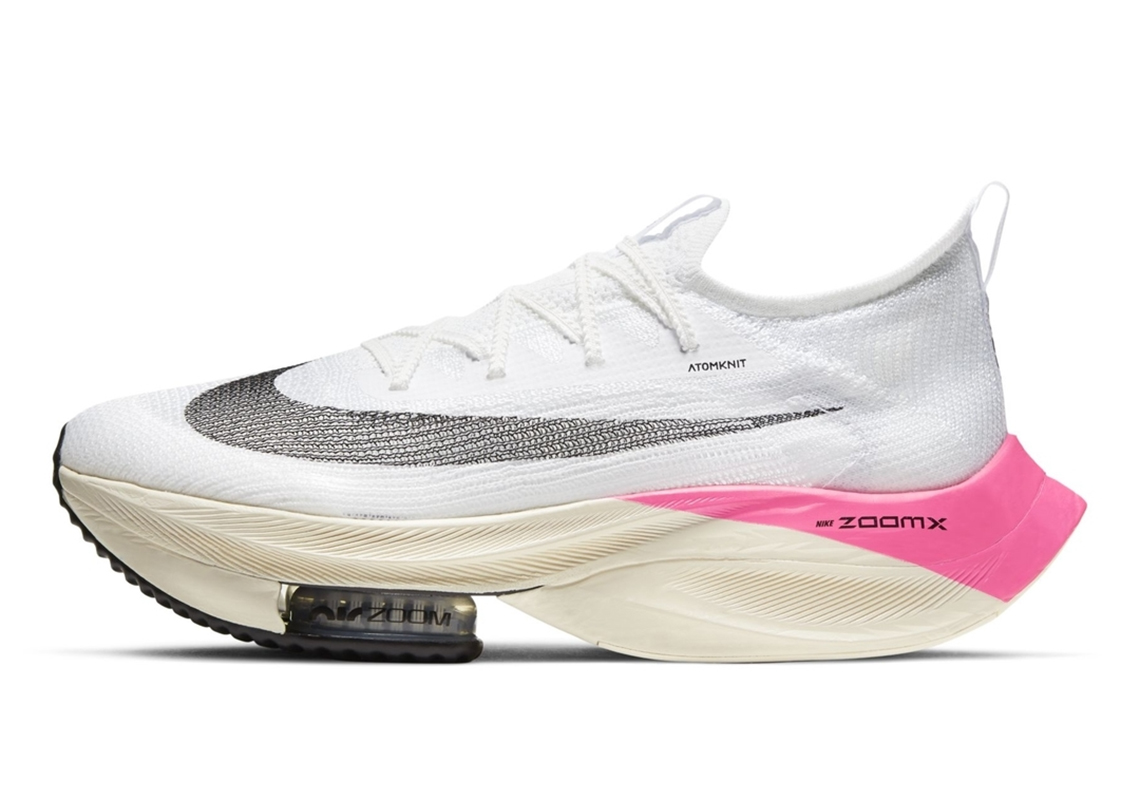 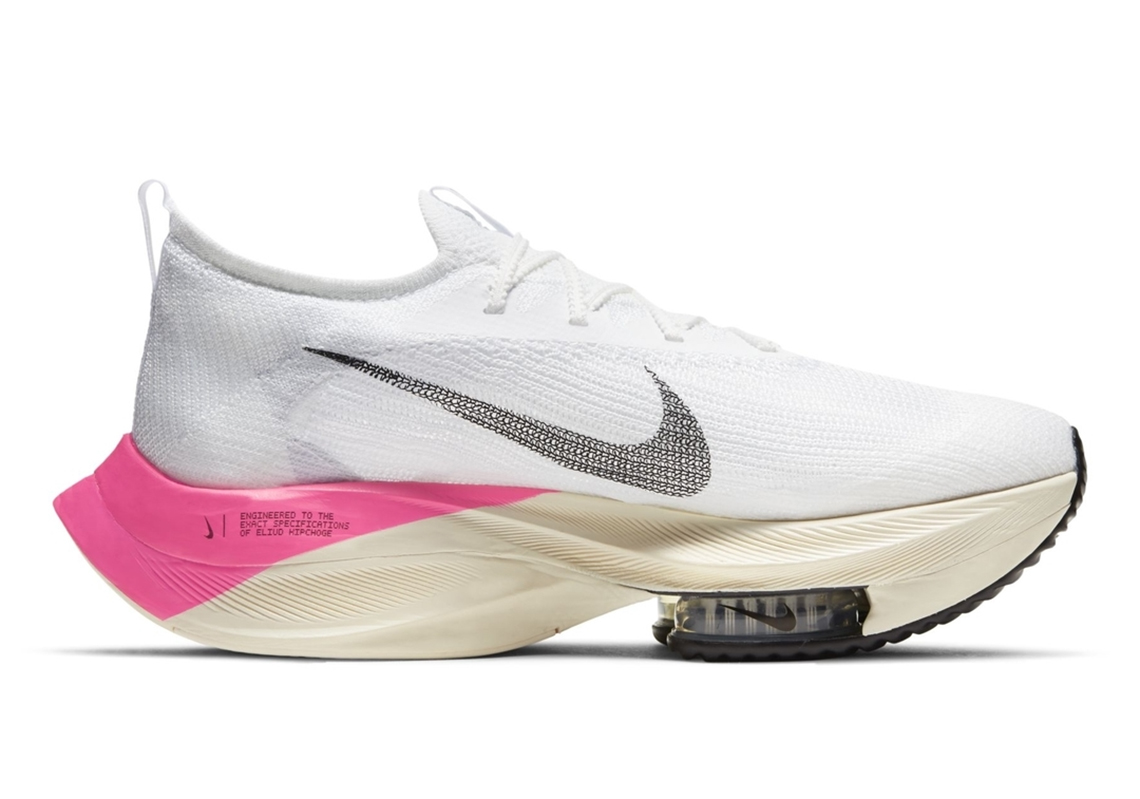 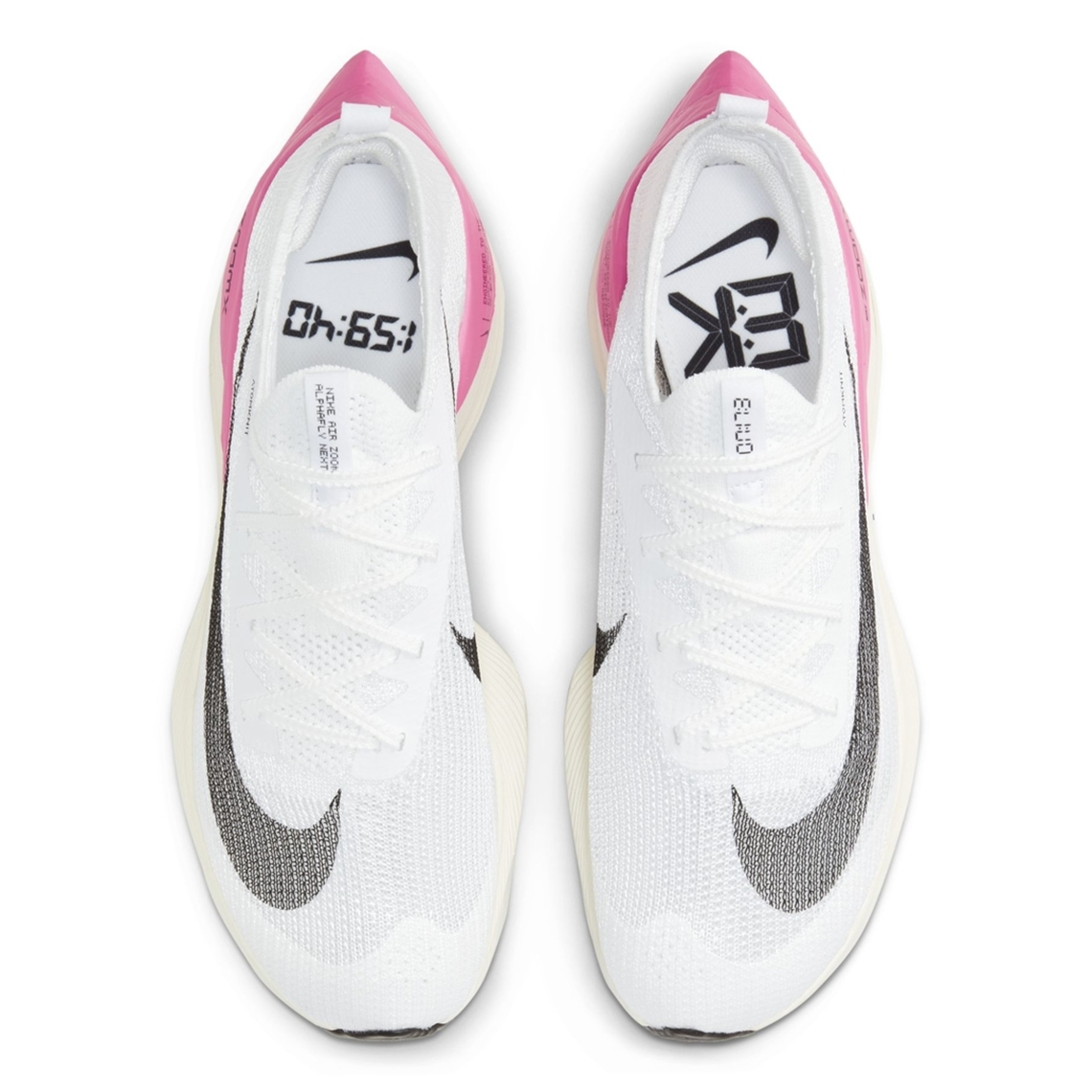 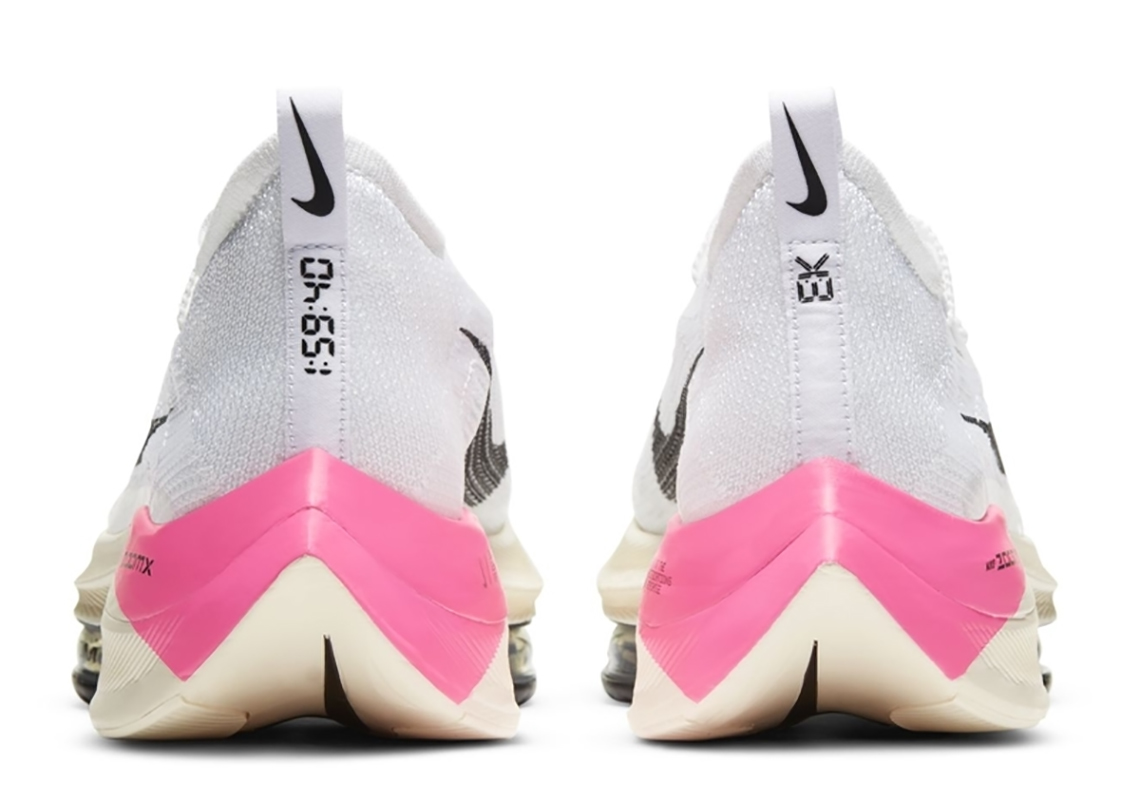 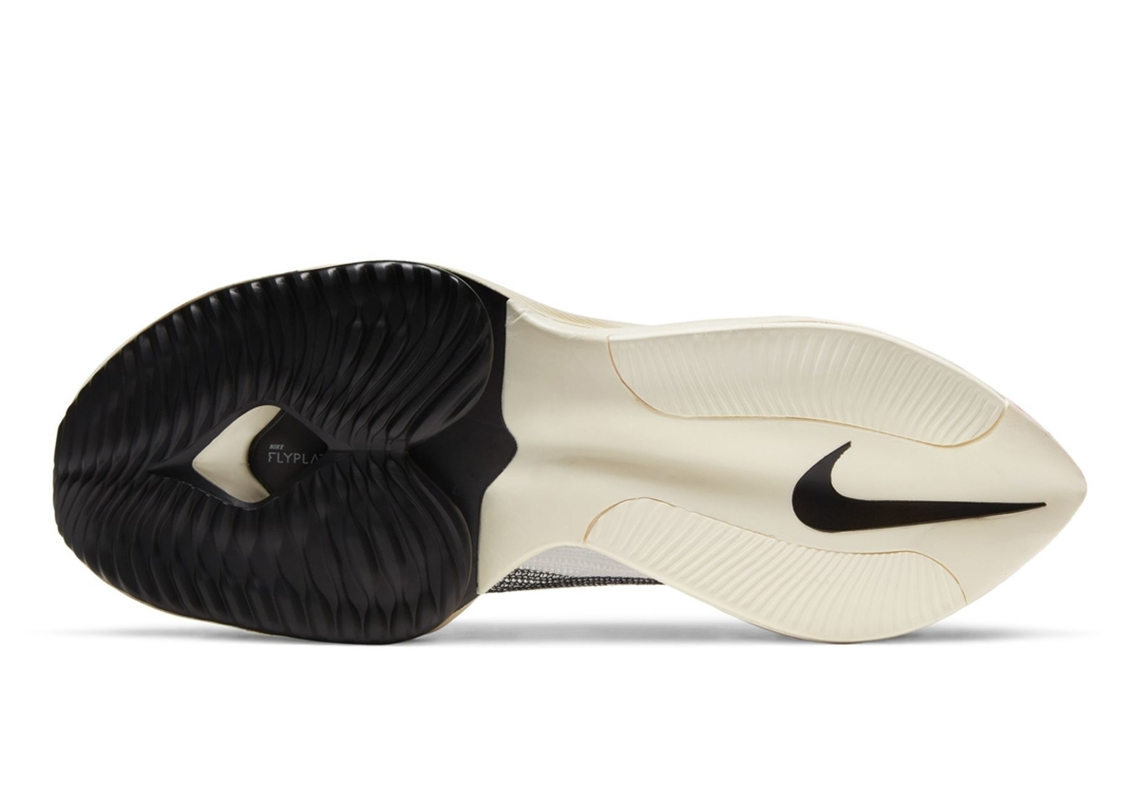 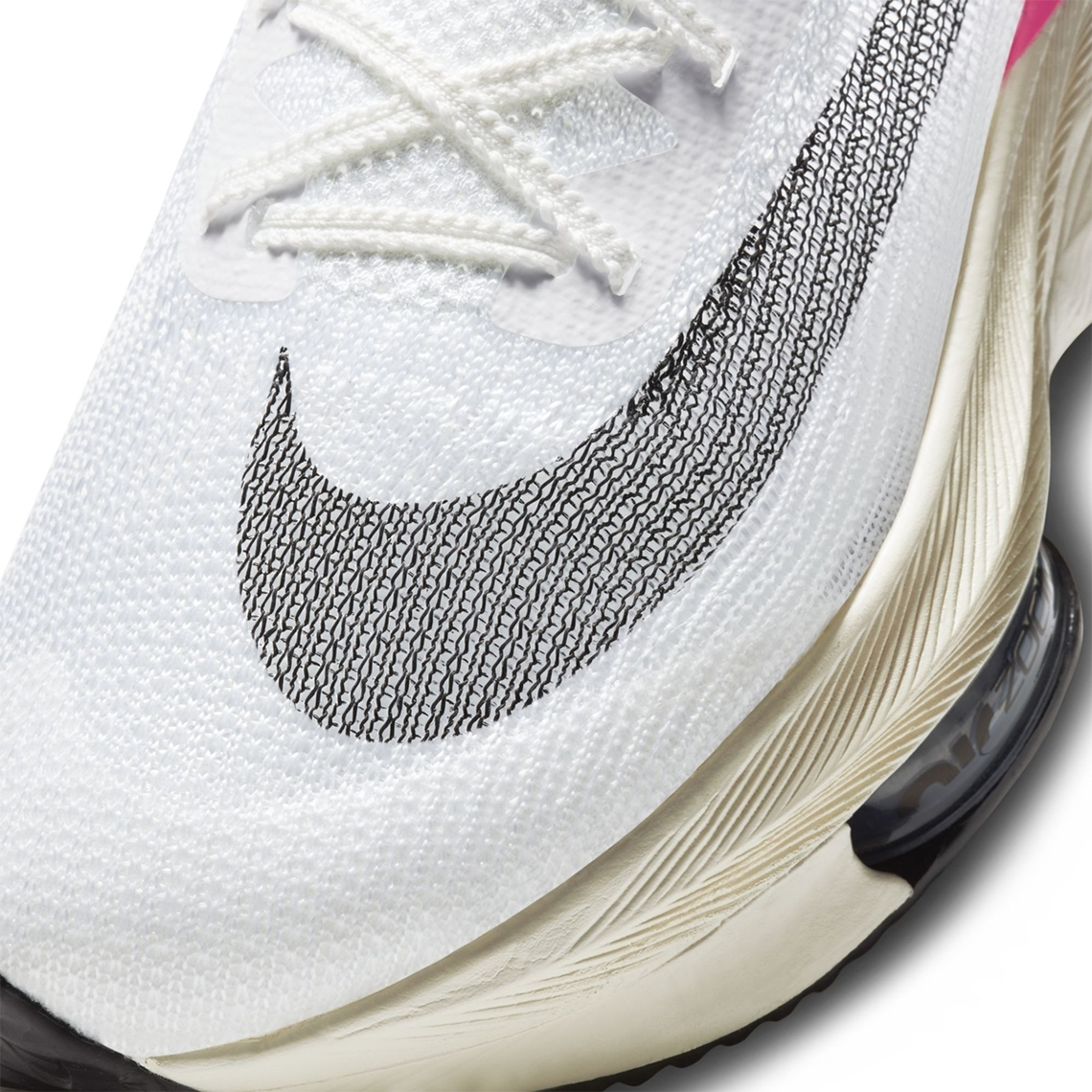 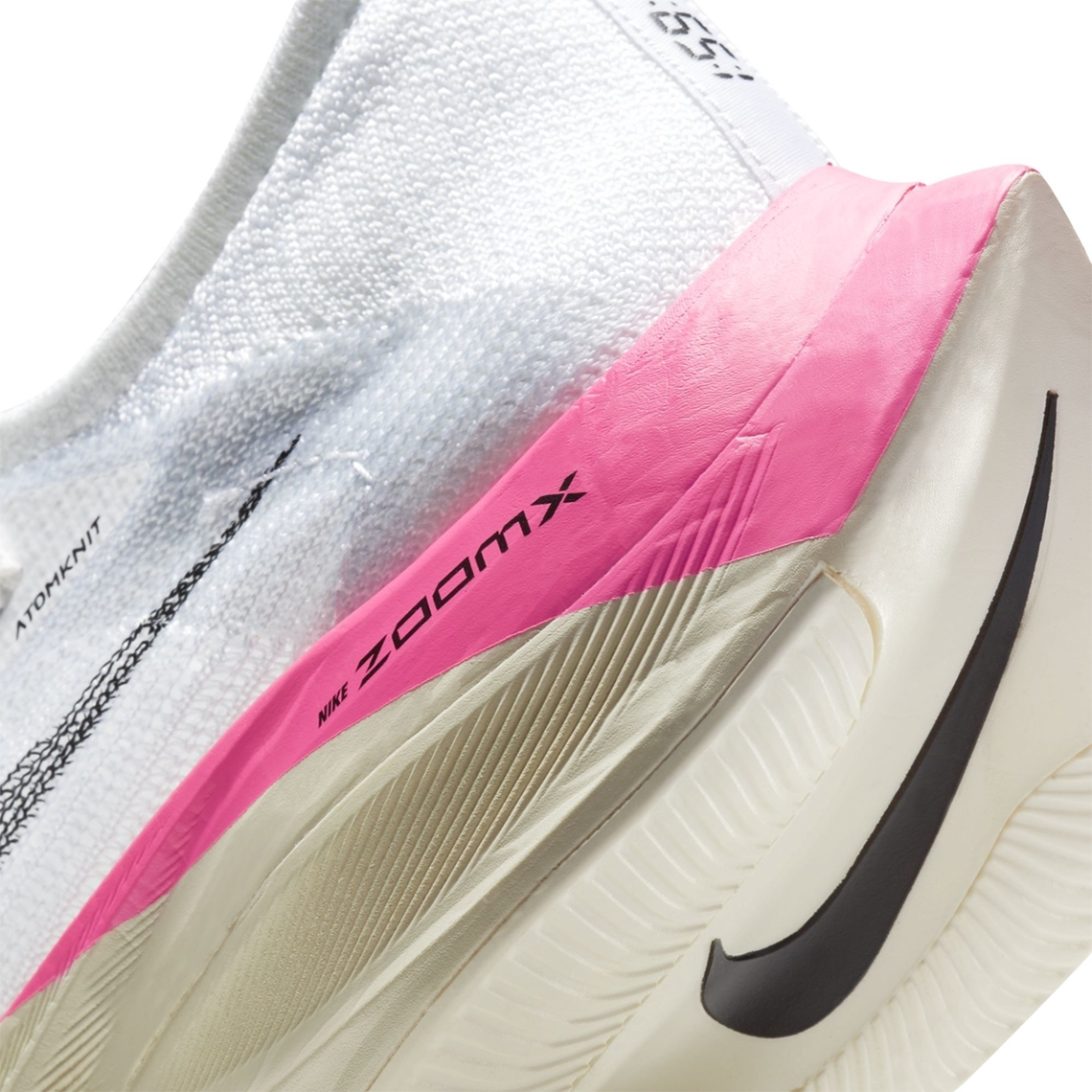 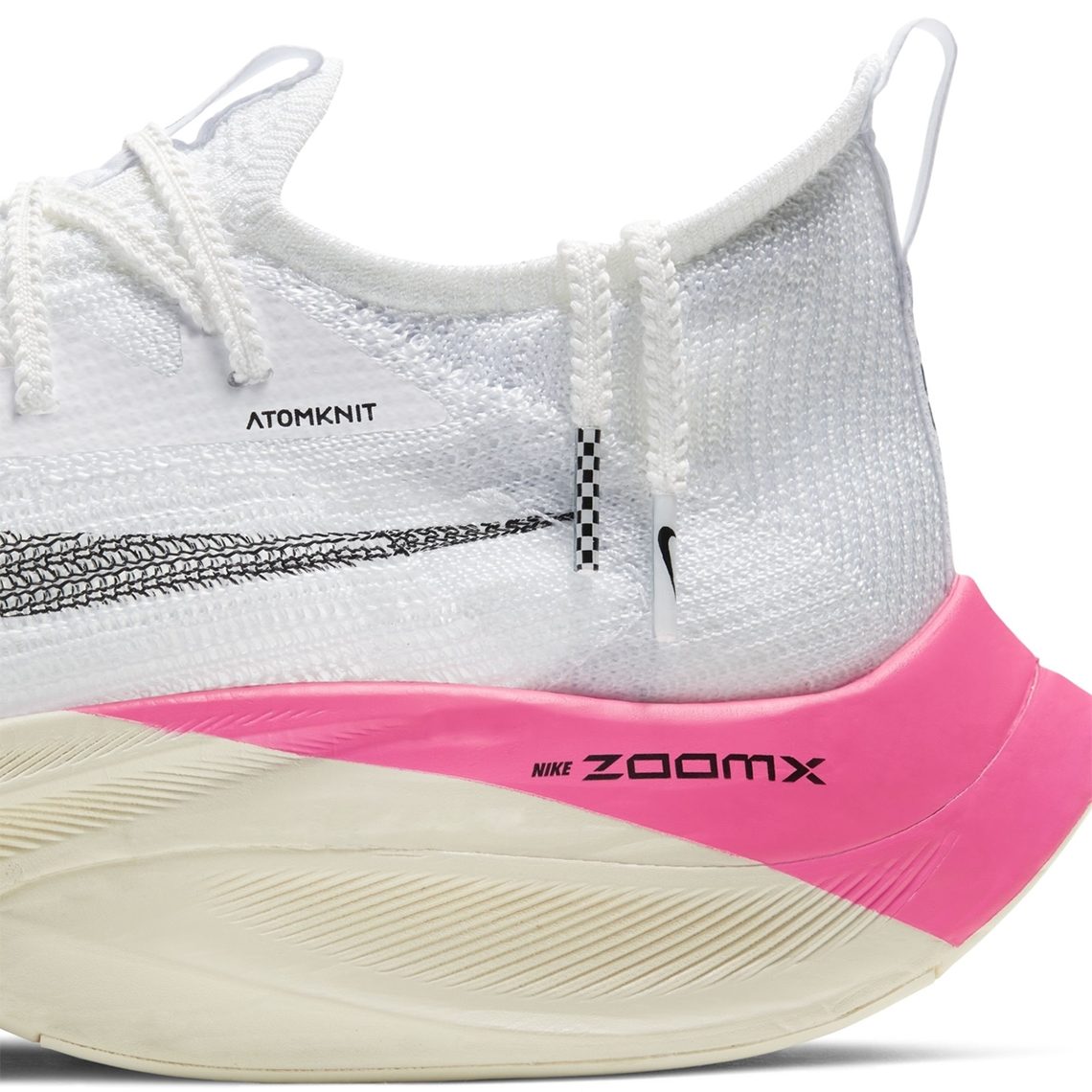 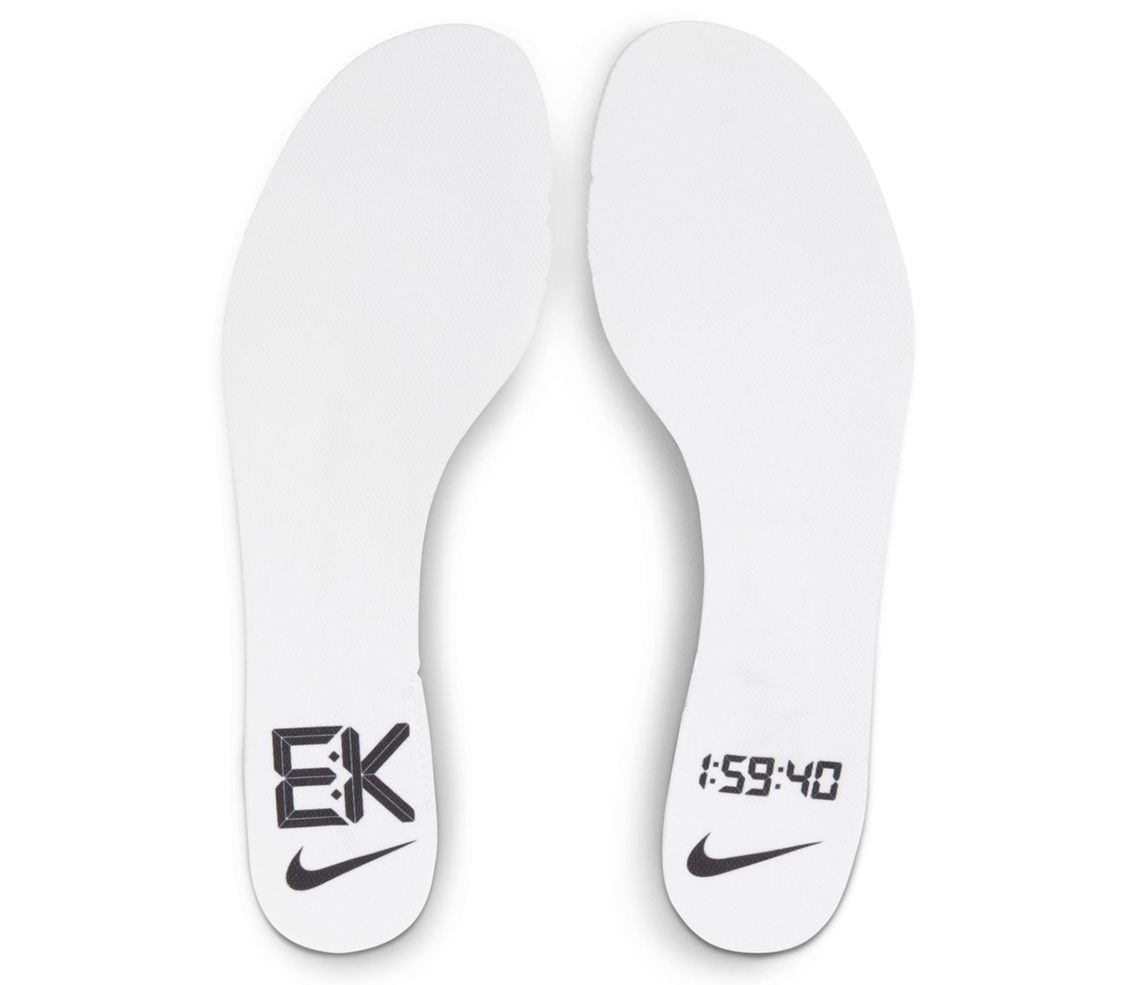