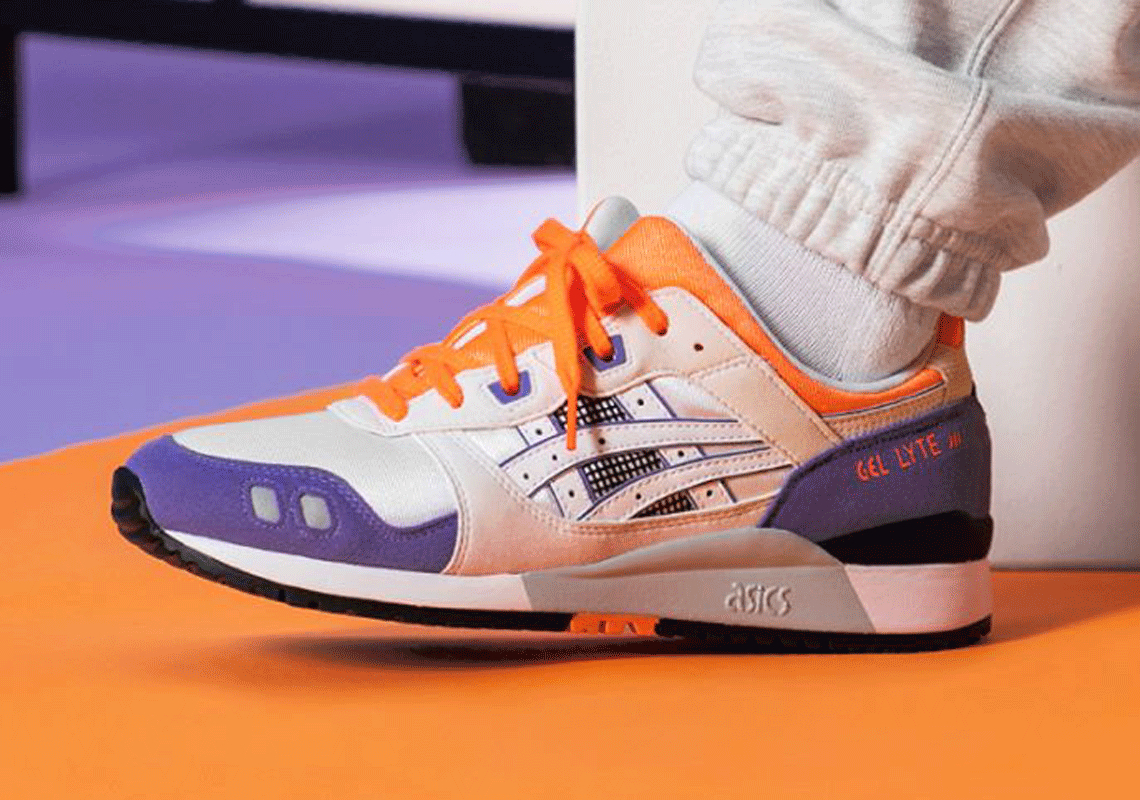 For its 30th Anniversary, the ASICS GEL-Lyte III has tapped outside creators for their personal touches to its legacy. Simultaneously, the split-tongue silhouette has retroed in some of its most iconic colorways from the past three decades. The original beloved white, orange and purple arrangement joins the ranks on October 6th.

The simplest of the three aforementioned hues sets the stage for the remaining two colors, taking over the mesh base. Off-white overlays across the vamp, midfoot and heel deliver sight contrast, but pale in comparison to the vibrant citrus that appears throughout the laces and split-tongue. Further animating the ASICS classic, purple takes over the nubuck around the forefoot and rear, with the former interrupted by reflective details. Underfoot, sole units indulge in a blend of the ’90s-reminiscent palette, primarily on the medial midsole.

No word of a stateside release has emerged, but this original GEL-Lyte III will arrive to select stockists in Europe on October 6th. In the meantime, enjoy a closer look at the pair here below. 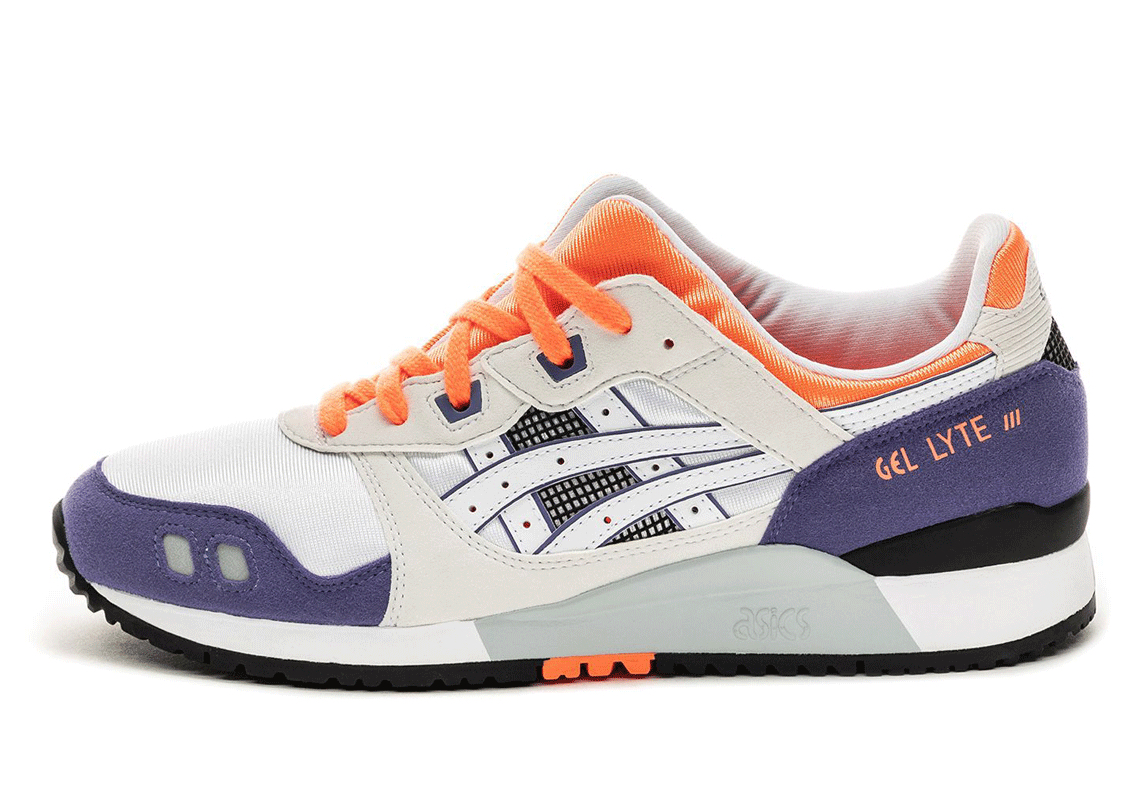 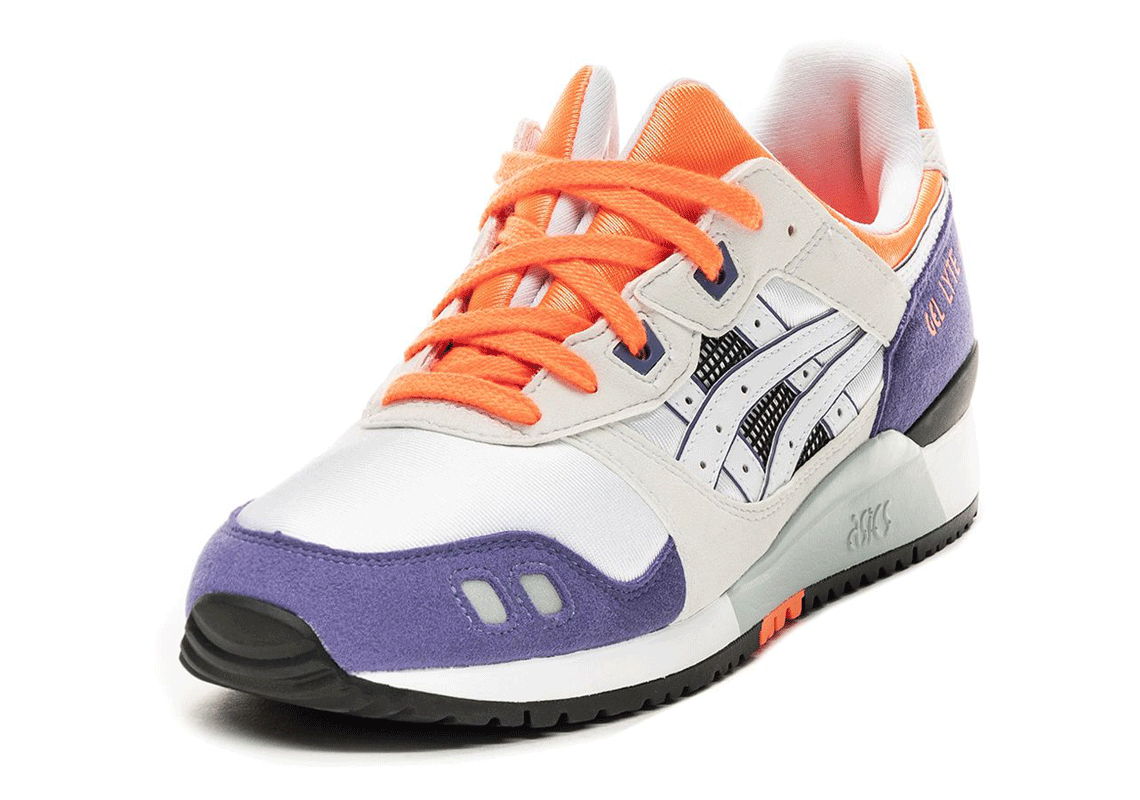 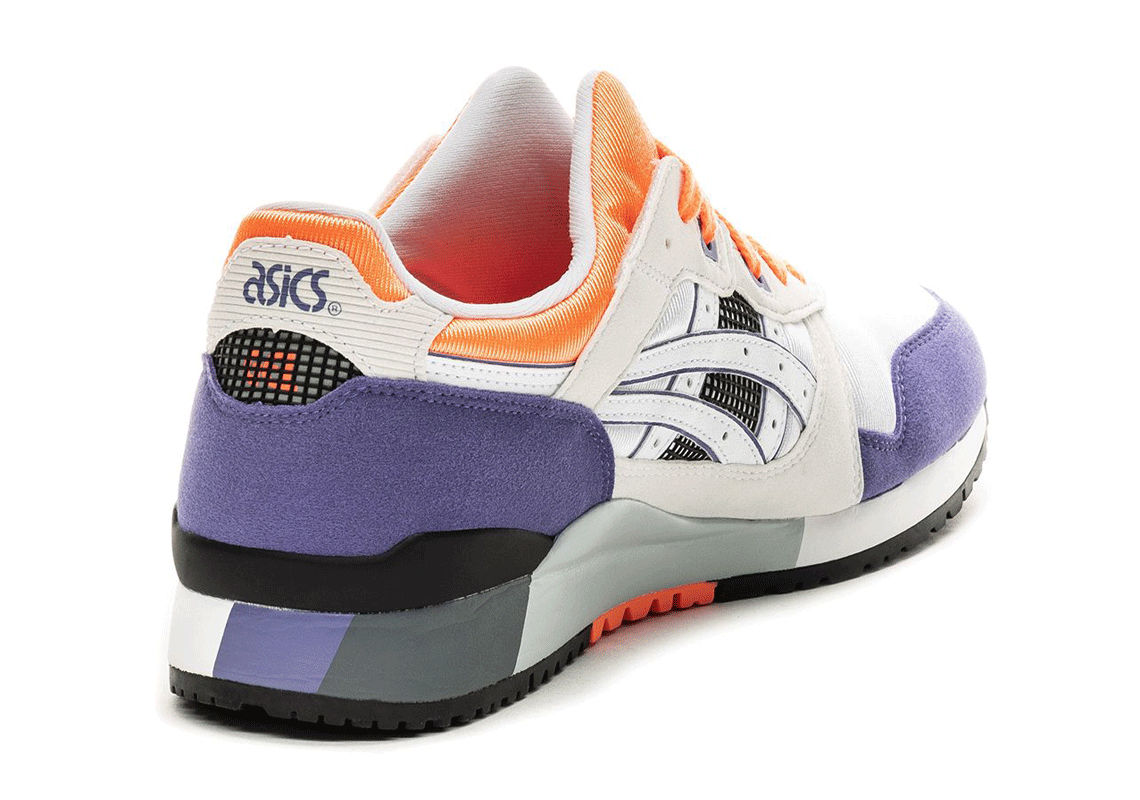