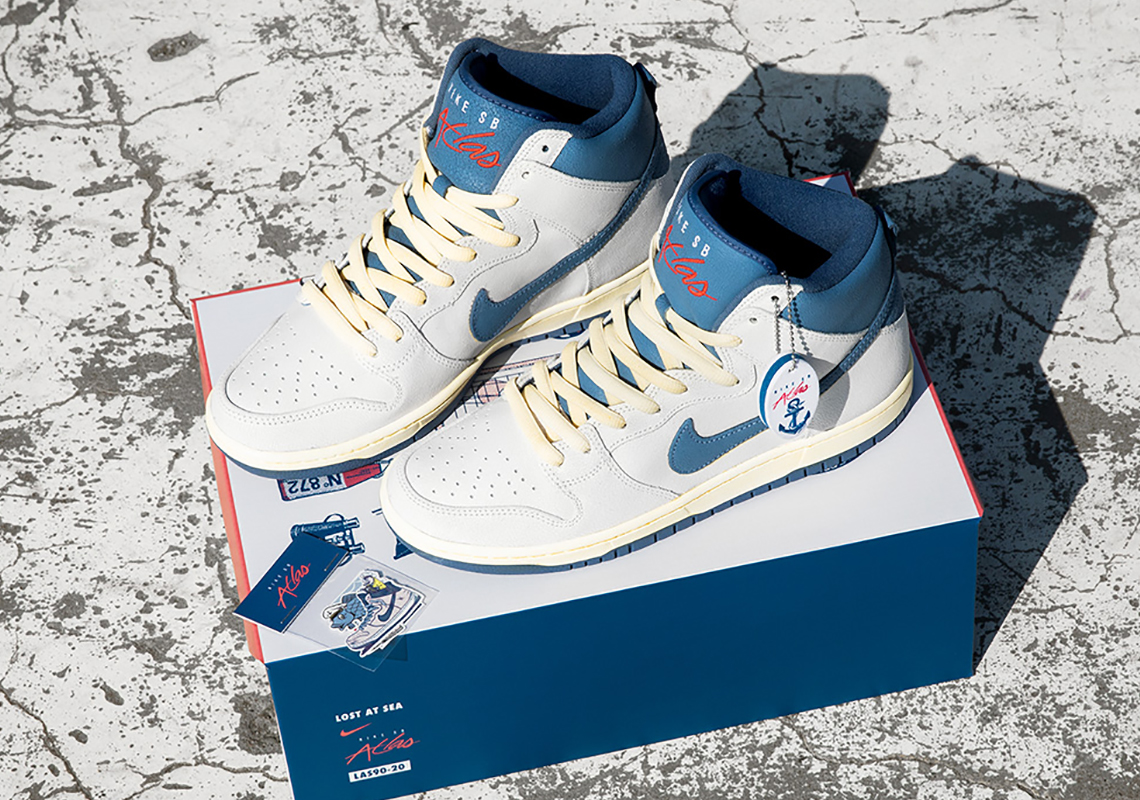 When evaluating the footwear landscape of 2020, there’s no chance that you can overlook the level impact that the Dunk has delivered, especially for the Nike SB division whose striking collaborations with the likes of Ben & Jerry’s, Civilist, and Grateful Dead have sneaker lovers paying outrageous resell prices to get their hands on a pair. Riding the wave of this momentum, the skateboarding division is ready to continue its partnerships by traveling to the Bay Area to team up with San Mateo-based retailer Atlas on the Nike SB Dunk High.

The storytelling aspect of this collaboration is premised off of an interesting-yet-unfortunate event that occurred thirty years ago entitled “The Great Spill of 1990”. A container ship dubbed the Hansa Carrier was traveling from Korea to the states and was caught in the midst of a gnarly storm that resulted in the loss of 21 giant cargo containers, five of which contained 61,000 pairs of Nike kicks. Some of these included multiple white and blue Air Flight 90s that funny enough, were eventually found washed up on the shore, and so Atlas and Nike SB decided to color-coordinate their collaboration to that specific iteration. Smooth white leather uppers sit adjacent to that of two accenting hues; the first of which is a muted blue that is prominently featured across the Swooshes, liners, outsoles and ankle collars, while the second involves a vintage yellow that is applied to the laces and midsoles. You can find a detailed look here of the shoes, special box, and sailor-inspired hang tags here below, and note that they’ll be dropping via two Atlas raffles (local and national and on their web store at 11am PST, as well as through select skate shops on October 2nd.

For other news, the Nike Air Penny 3 Eggplant is returning next month. 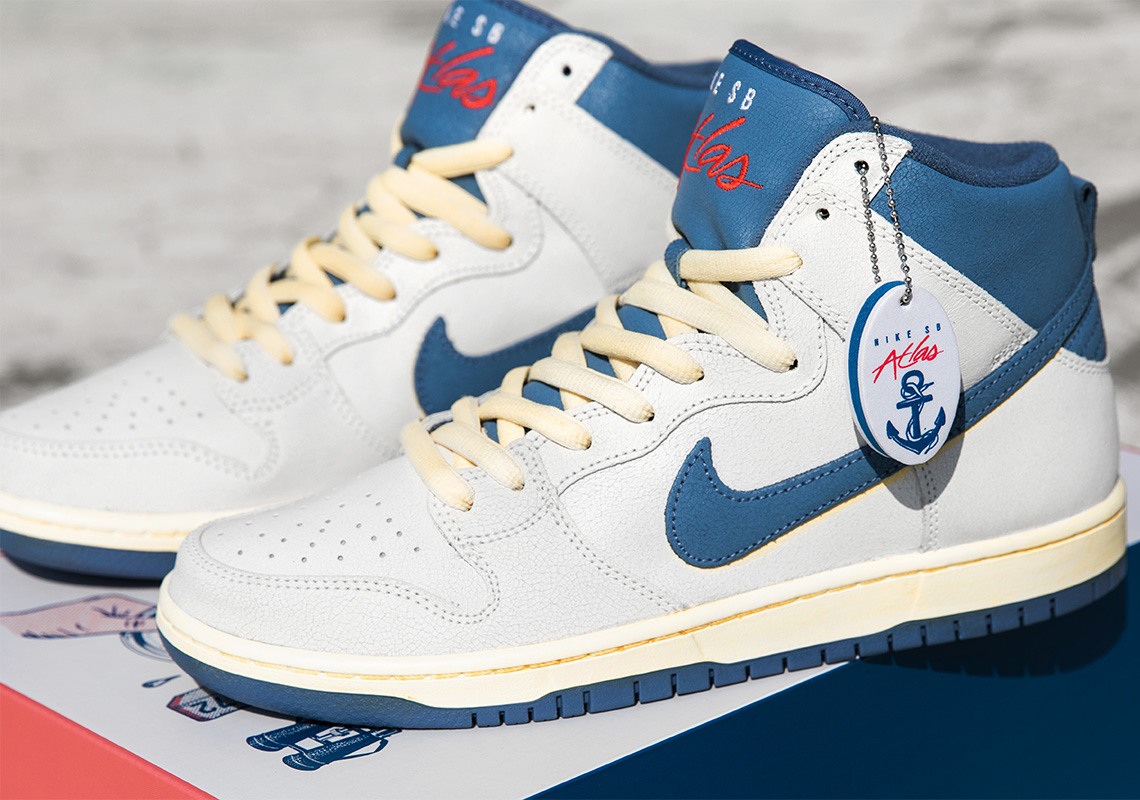 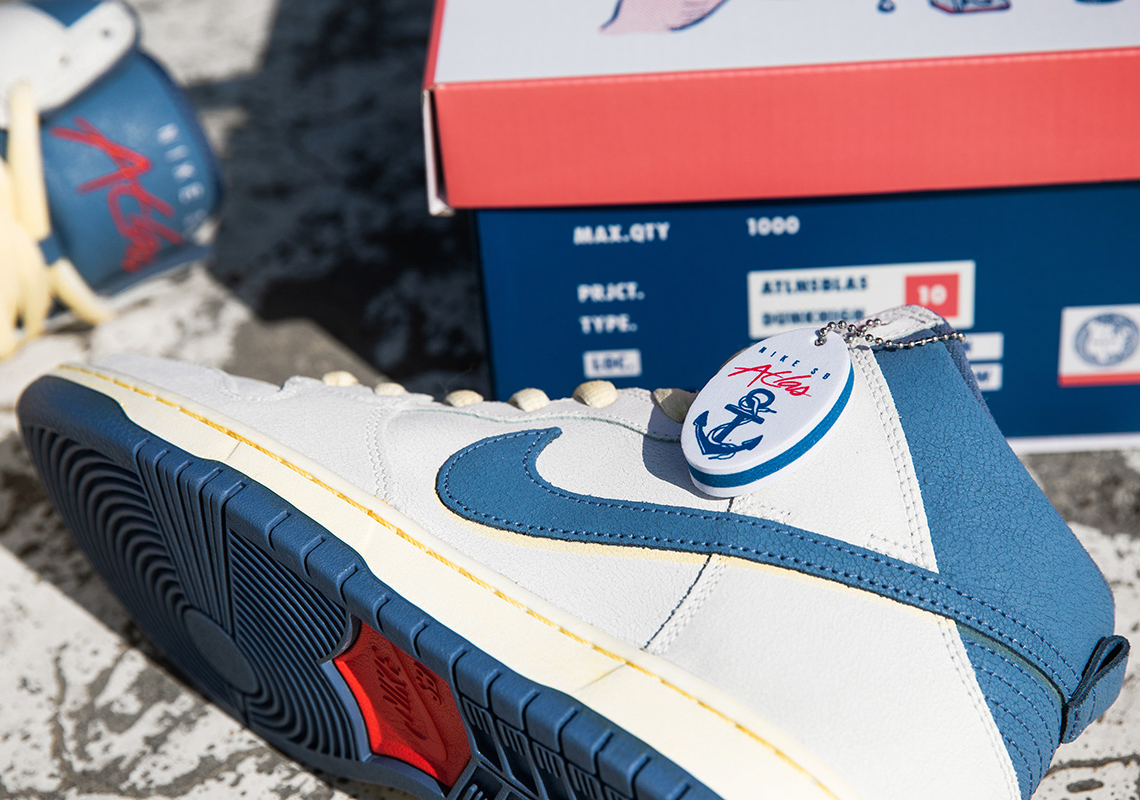 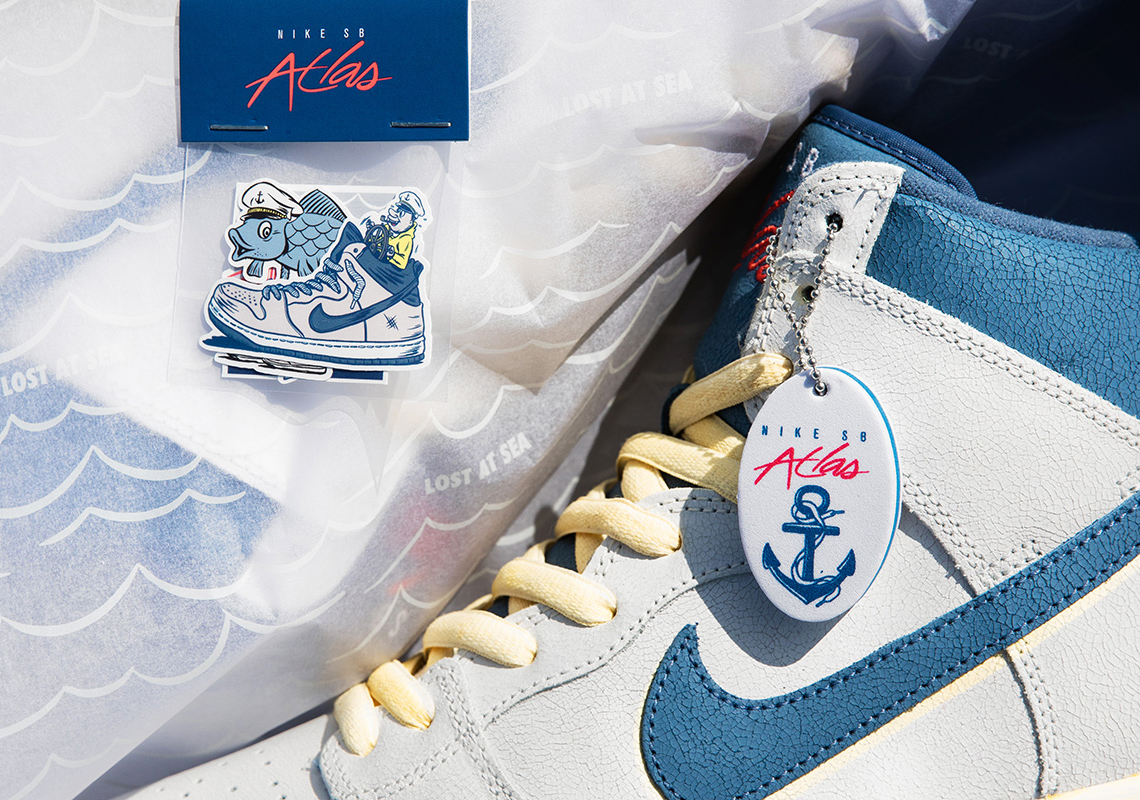 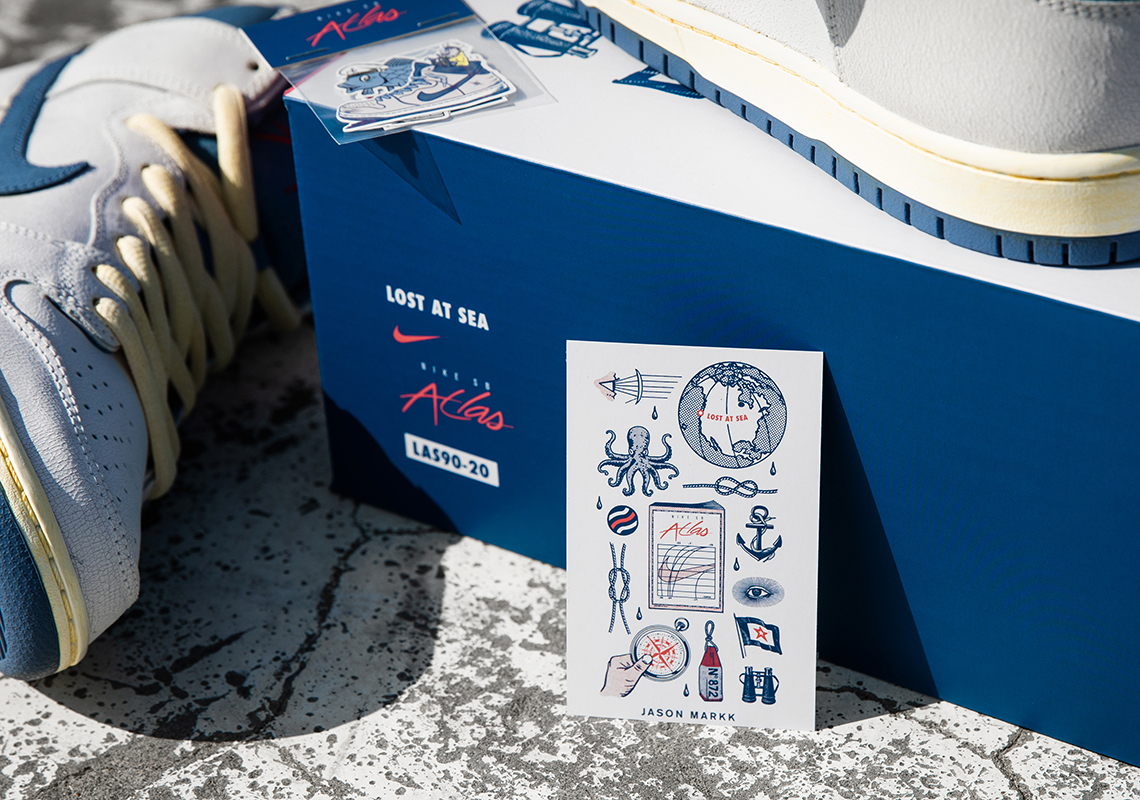 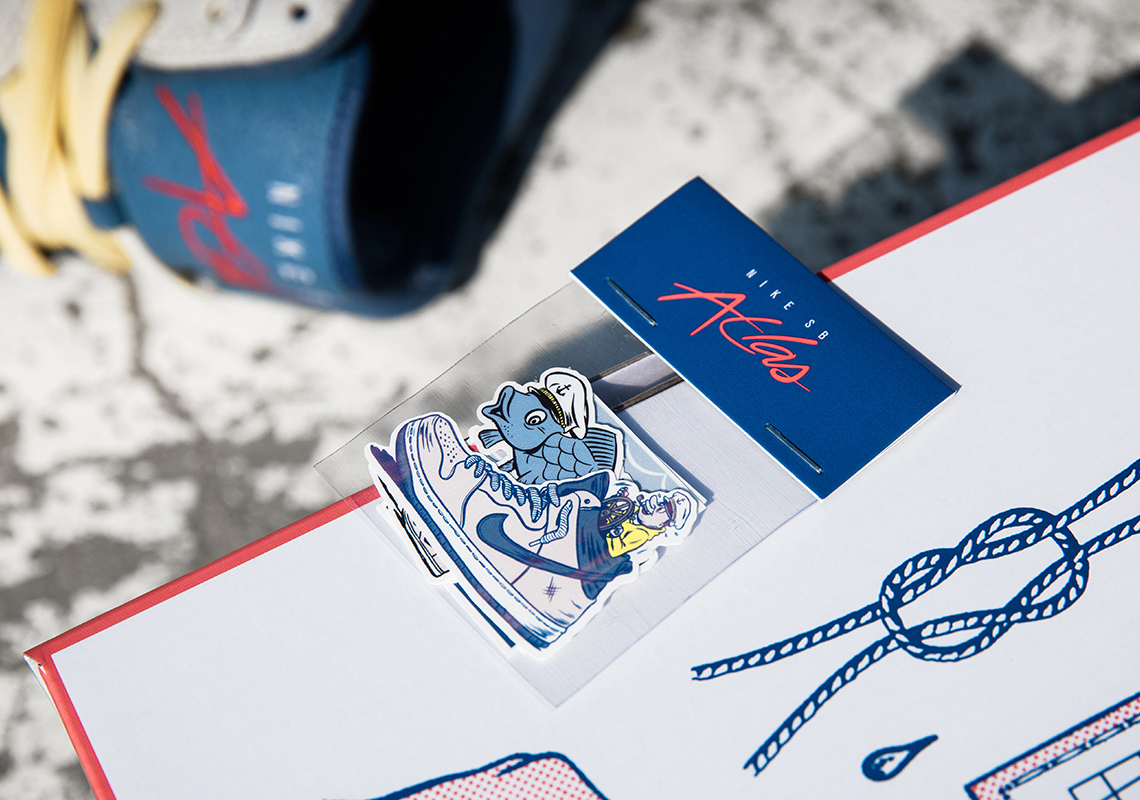