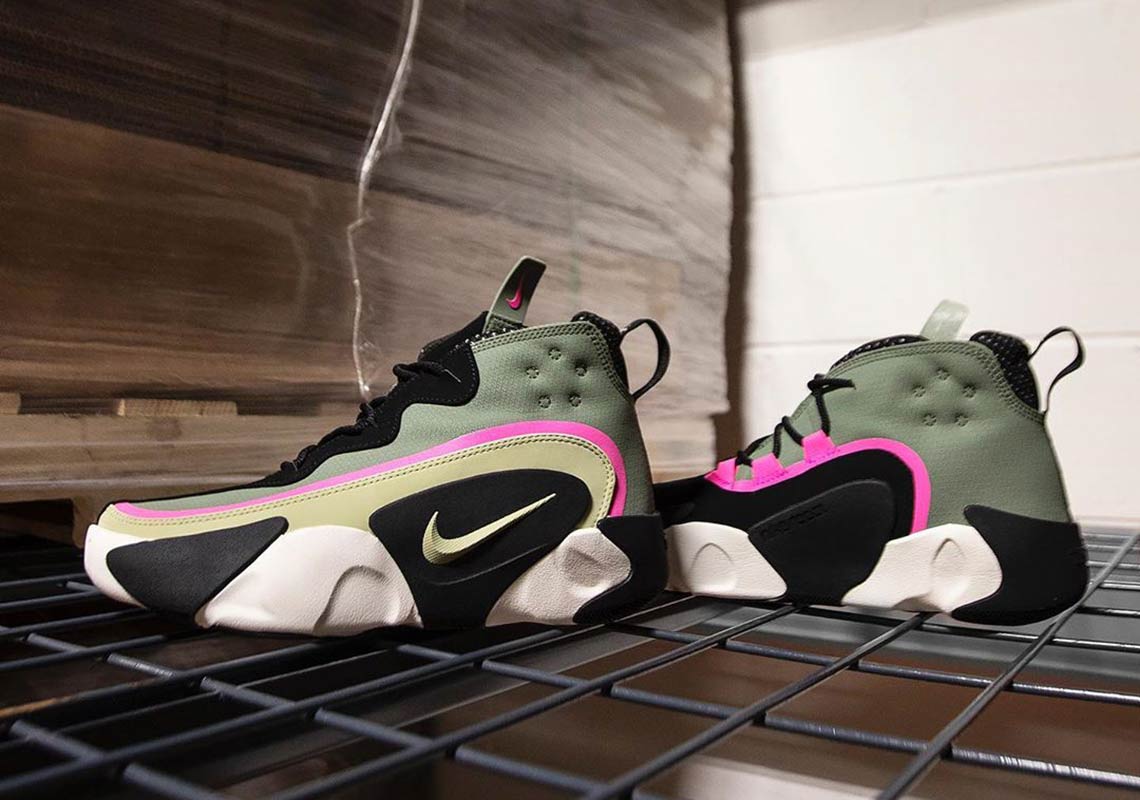 Nike’s The 10th Division Returns With The React Frenzy

Last Summer, Nike introduced three new divisions to their expansive umbrella: D/MS/X, N.354, and THE10TH, the latter being an affectionate nod to Bill Bowerman and his time in the United States Army. As such, the line-up began to develop a series of utilitarian silhouettes whose latest — dubbed the React Frenzy — draws inspiration from both Japanese workwear and basketball.

Far distinct from the React Element 87 in all aspects, the pair basks in a look robust yet sleek, its upper an ostensible nod to work boots. Technical fabrications construct the majority of the foundation in olive green, while pink complements below as both taping and eye stays. Robust suede toe caps then lay over top in black, extending backwards unto the medial in more widespread fashion; a light tan leather then stands opposite in match of the emblemized Swoosh below.

Grab a detailed look at these here, and as it’s the first of its kind to be revealed, you can likely expect more colorways to appear after the upcoming October 2nd release at select retailers and likely Nike.com; pairs are currently available on the after-market.

In other news, the Yeezy Boost 350 v2 Carbon will also be releasing the same day. 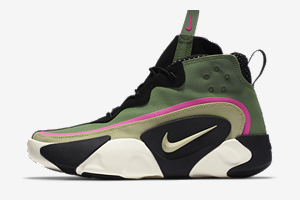 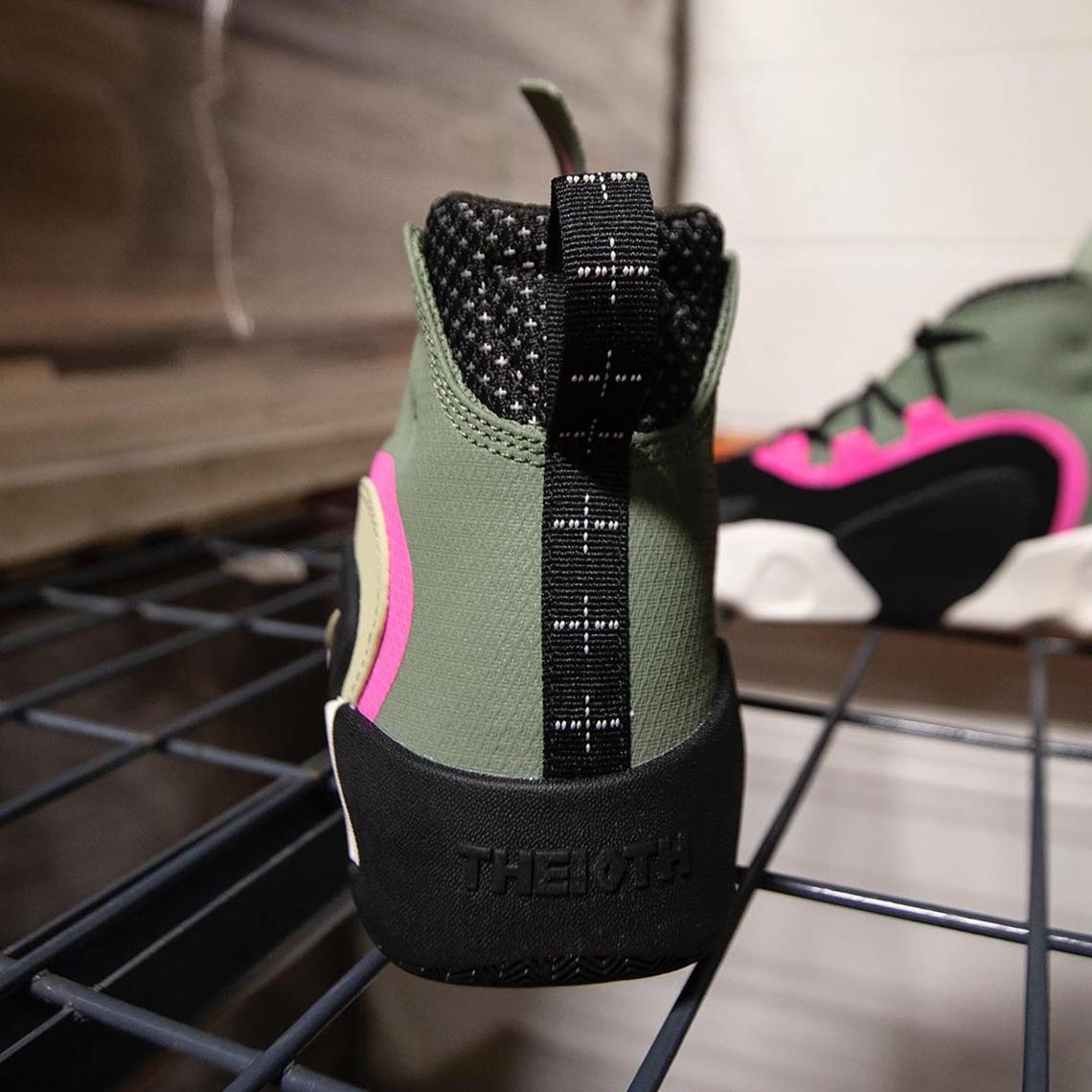 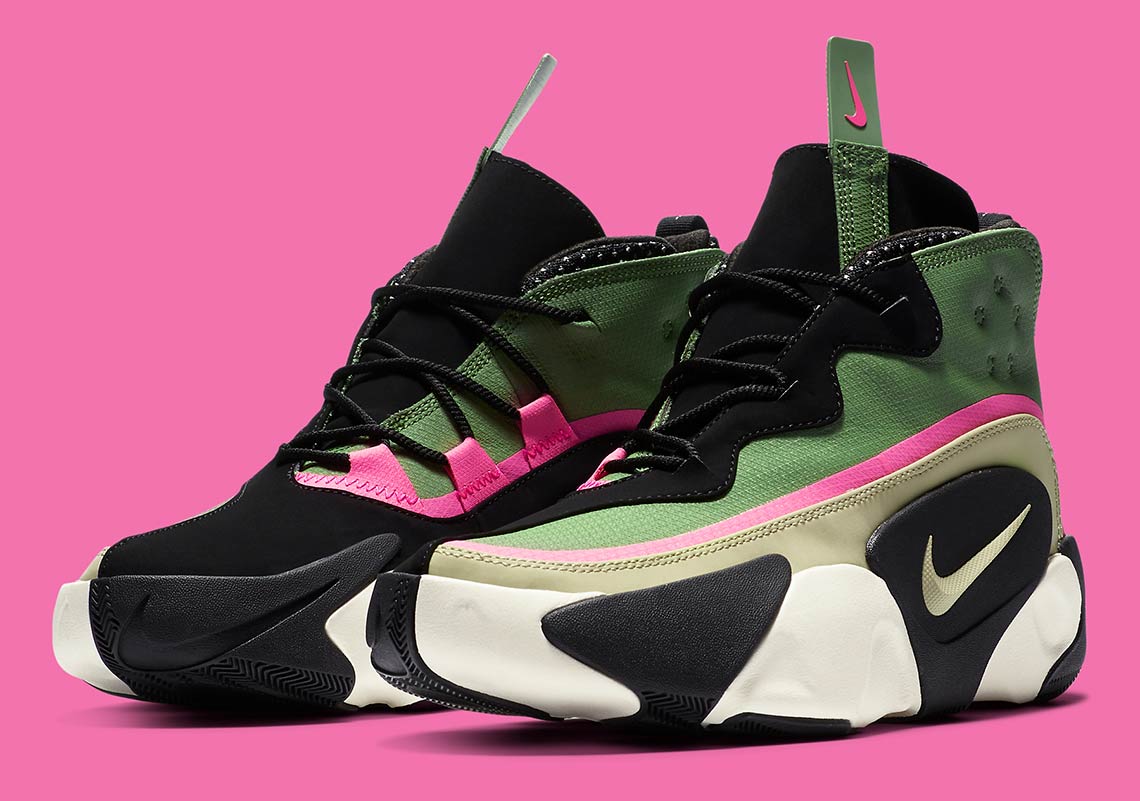 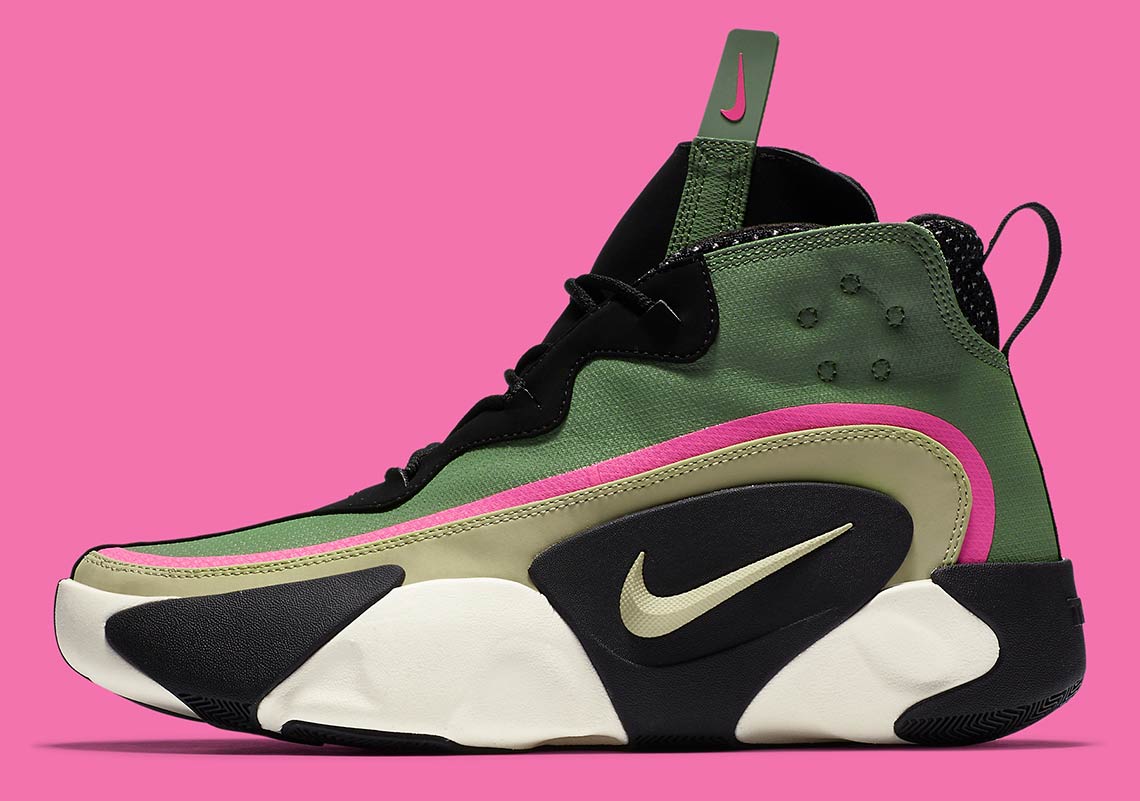 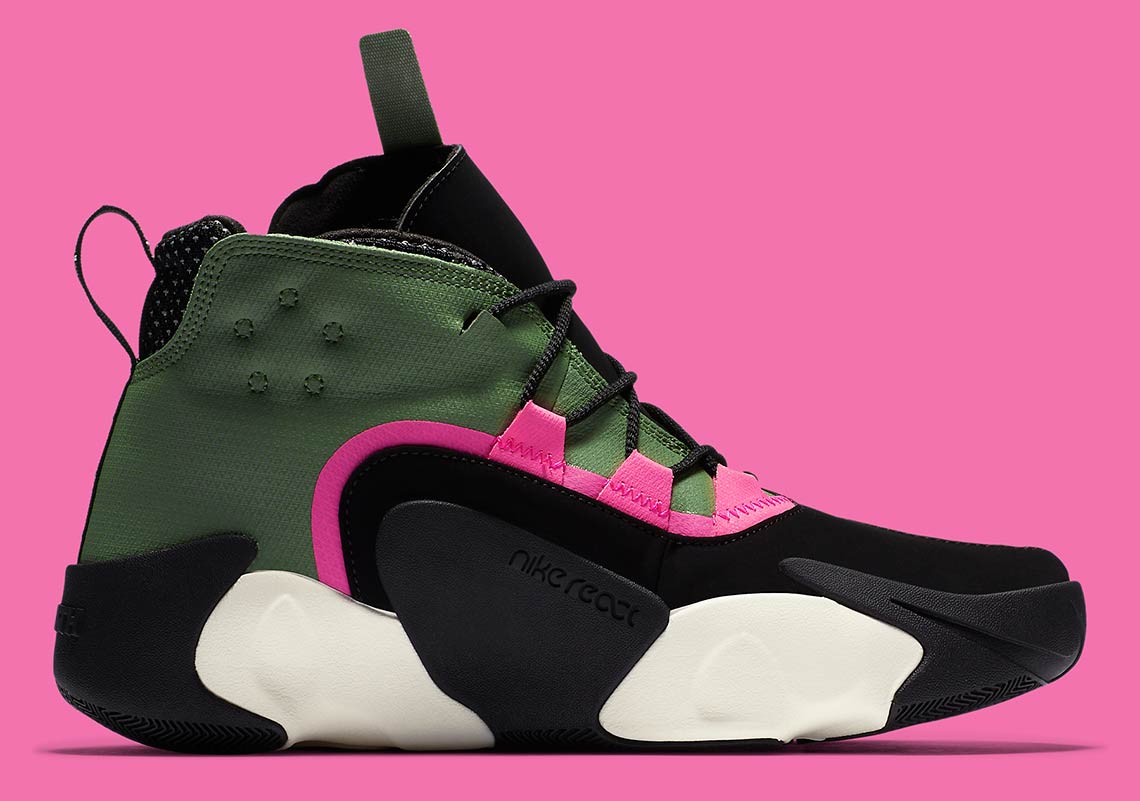 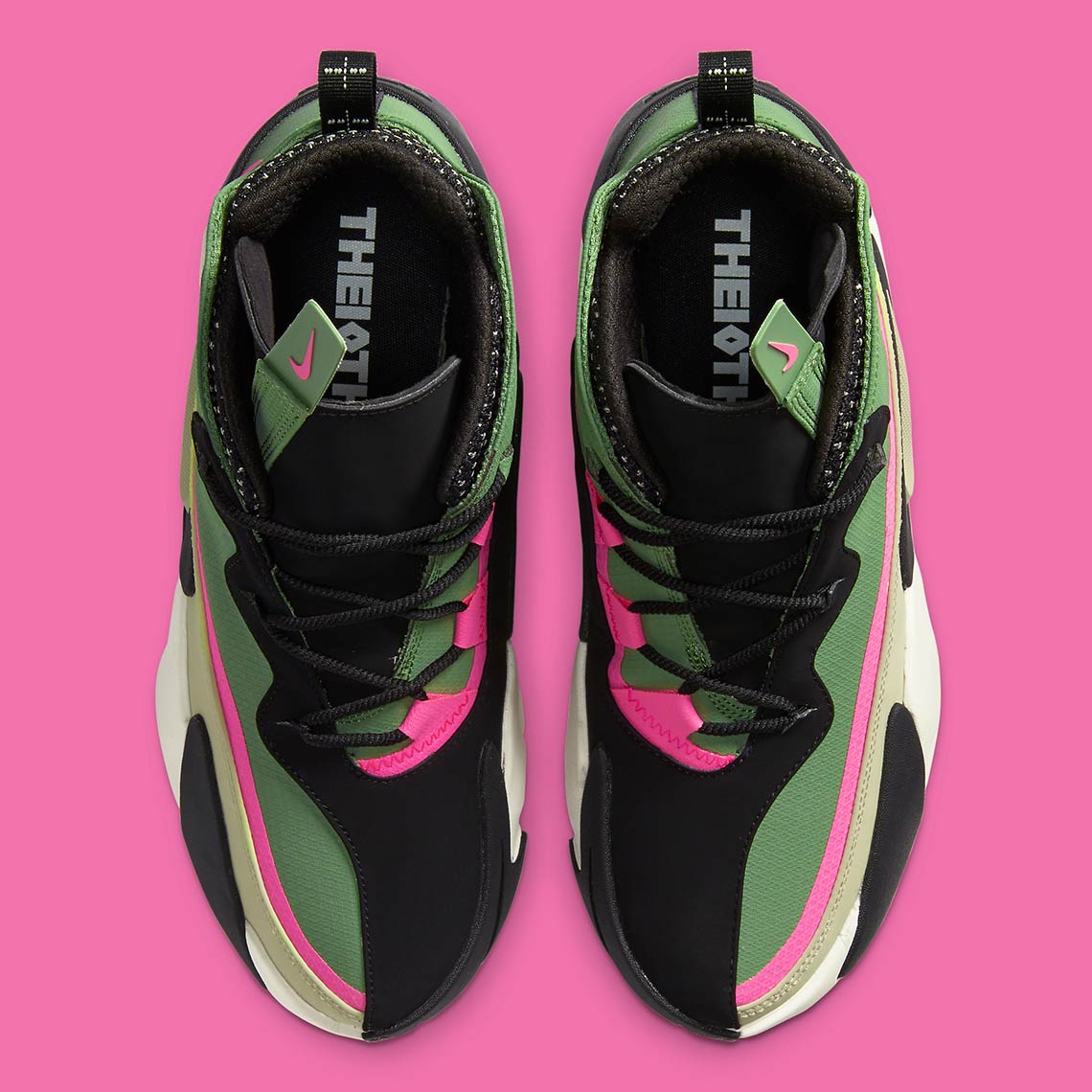 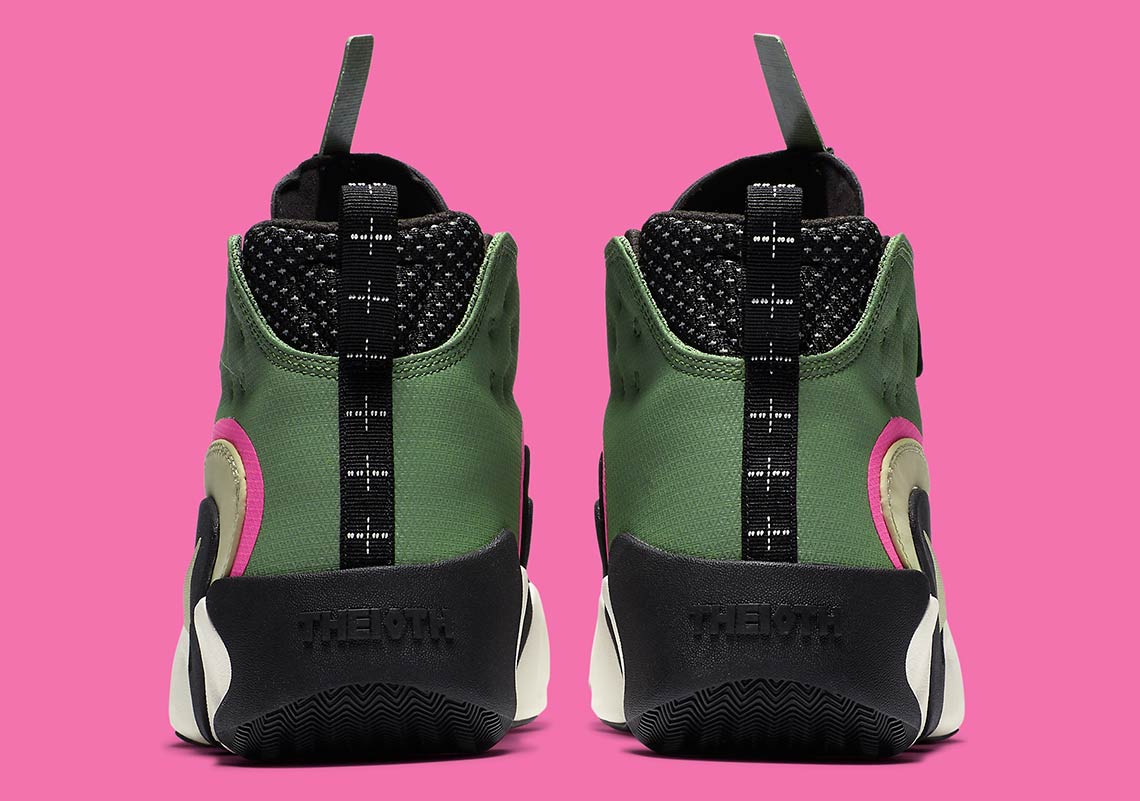 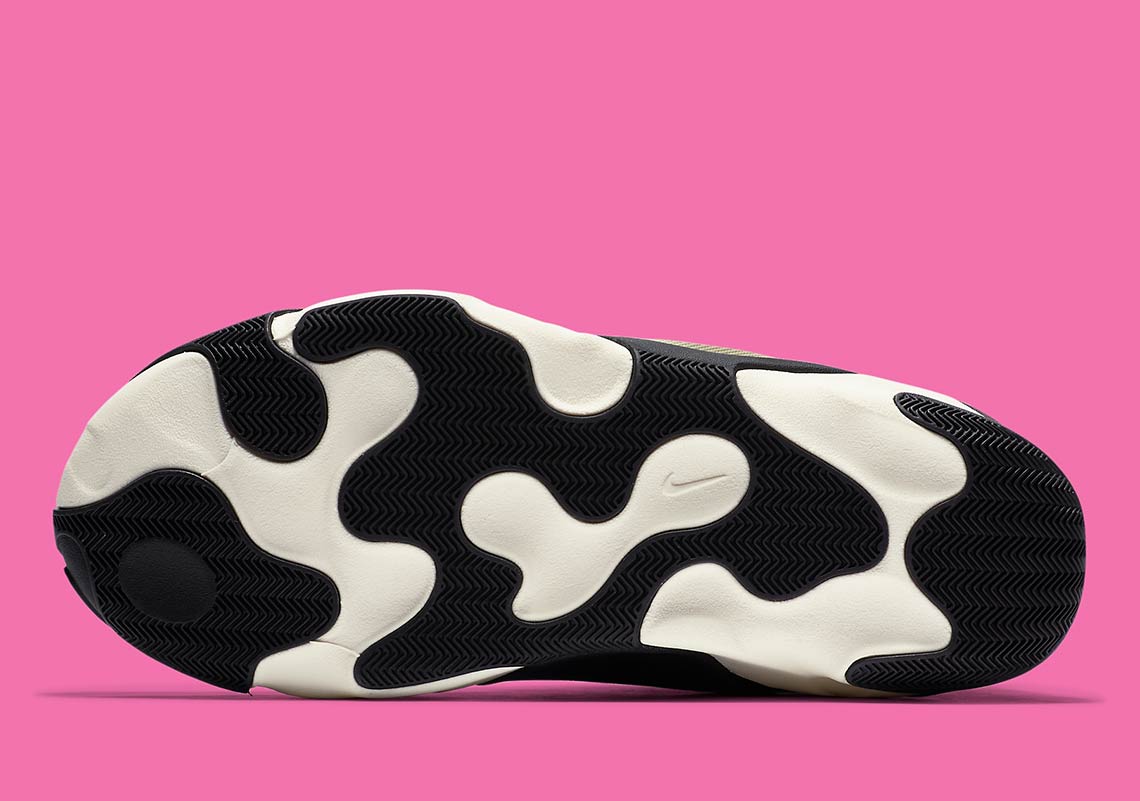 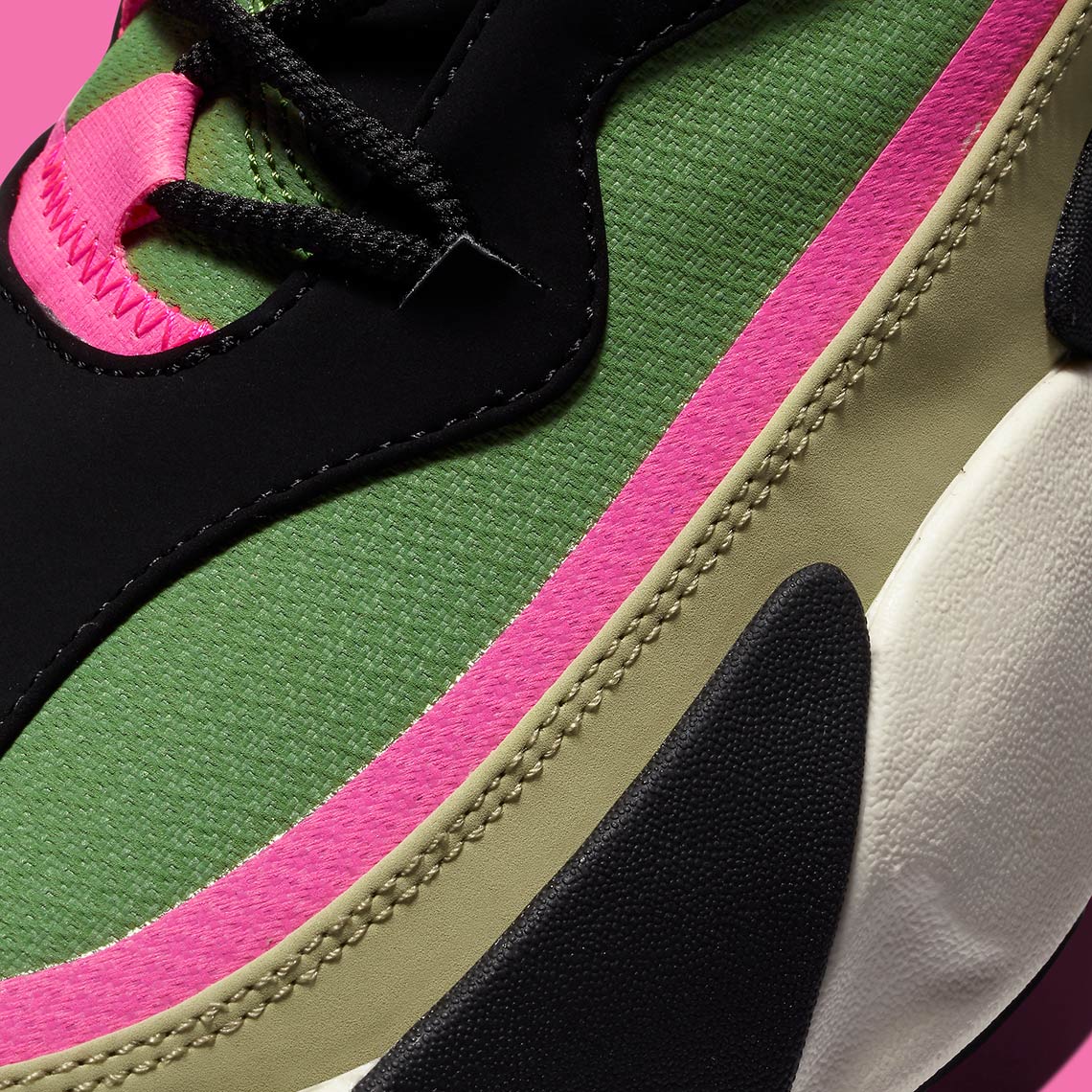