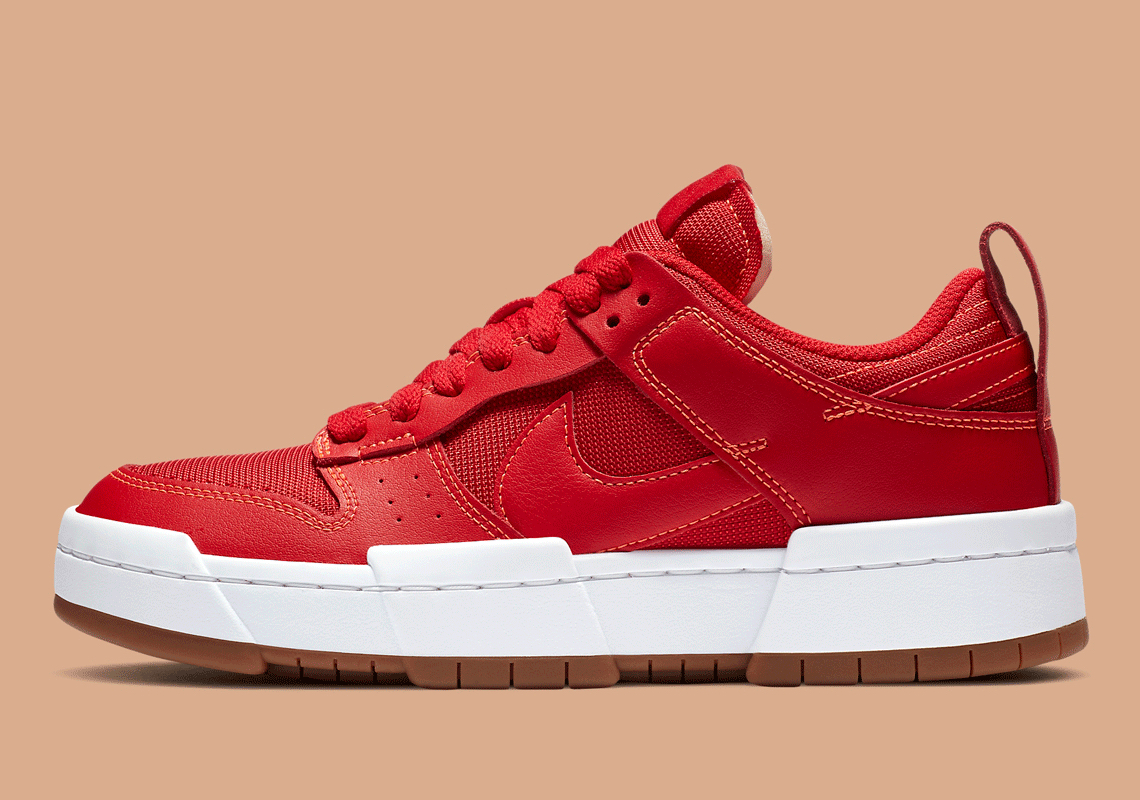 Over the last decade, the Nike Dunk Low has gone from clearance racks to being one of the most flippable silhouettes on the after-market. And its recently-launched Disrupt iteration for women has already proven the model is here to stay.

Previously seen in two-tone arrangements, the Dunk Low Disrupt is prepped to launch in a rather tonal red colorway. The mesh base and leather overlays all indulge in a scarlet tone, while also boasting contrast stitching. Exposed foam tongues revel in a yellowish tone reminiscent of the aforementioned stitching; the hue also takes over “NIKE AIR” branding on the sockliner. Underfoot, modified midsoles are clad in “Summit White,” while outsoles boast the fan-favorite gum brown styling, which has appeared on other releases, too.

Enjoy official images of this Dunk Low Disrupt here below, while you wait for more details of a Nike SNKRS launch to emerge

For another take on the once-basketball staple, check out the AMBUSH Dunk High slated to launch in December.

UPDATE (11/11/2020):
This Nike Dunk Low Disrupt has had its release date delayed until November 20th from November 11th. 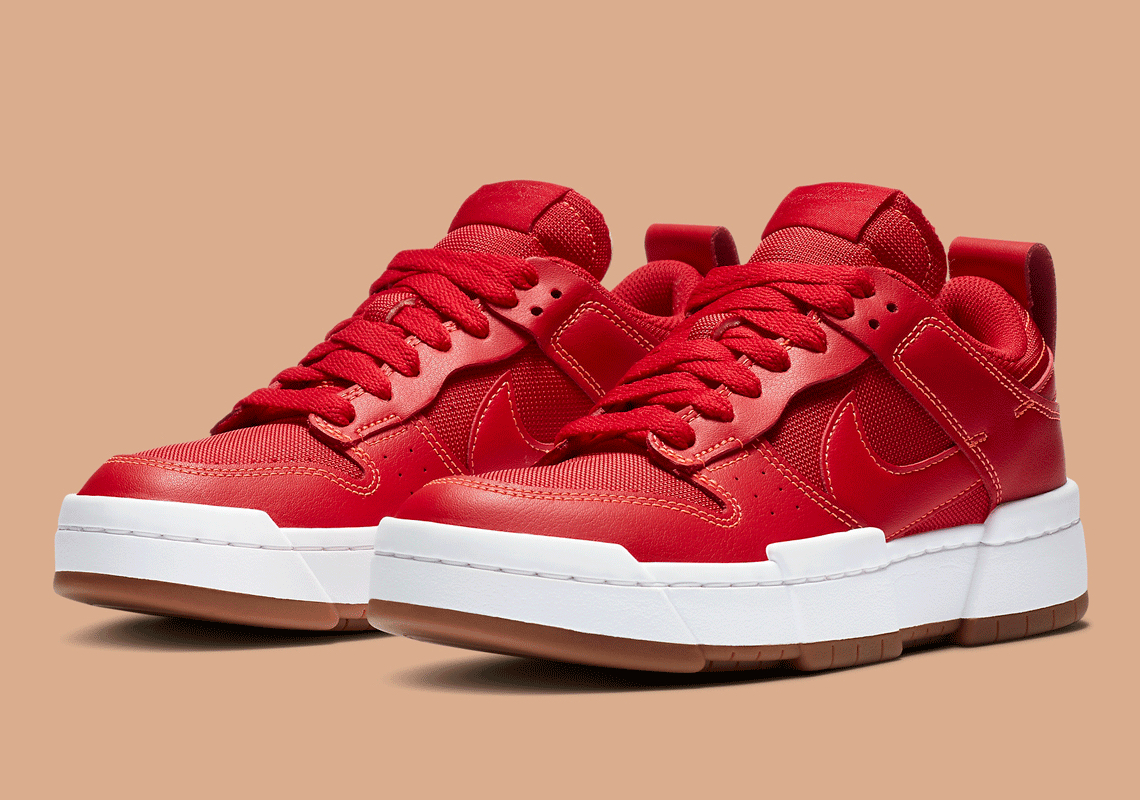 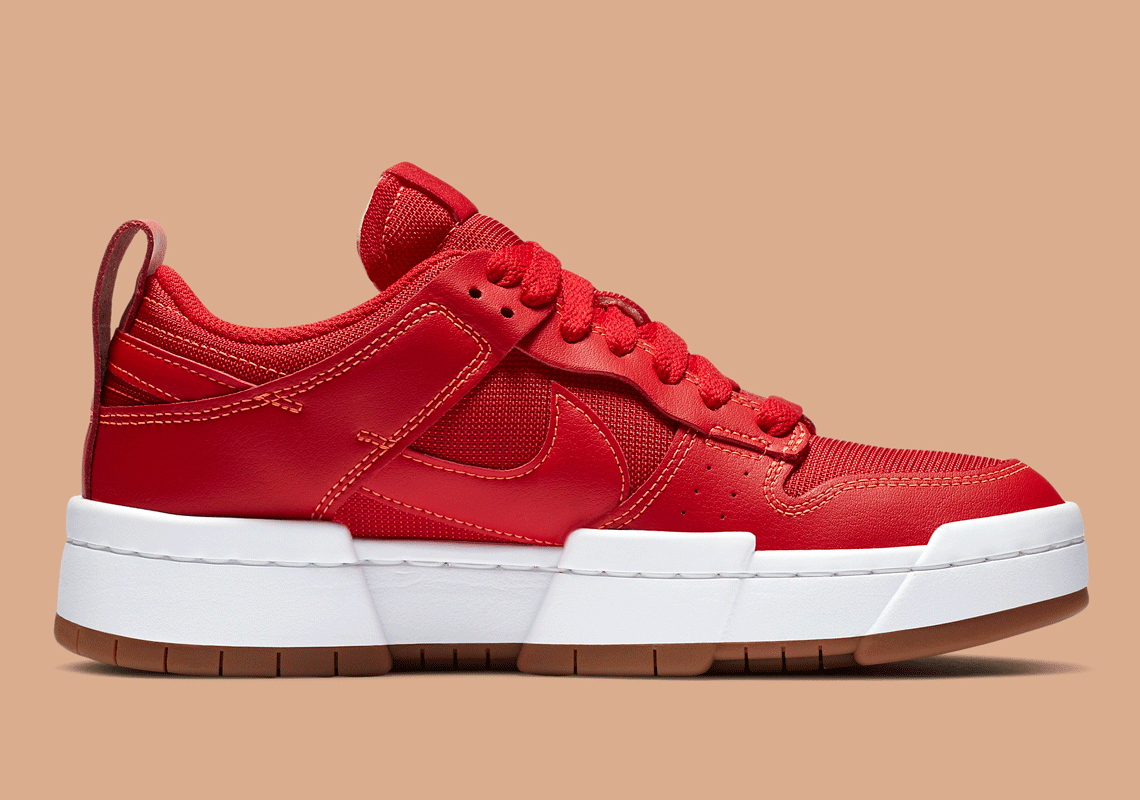 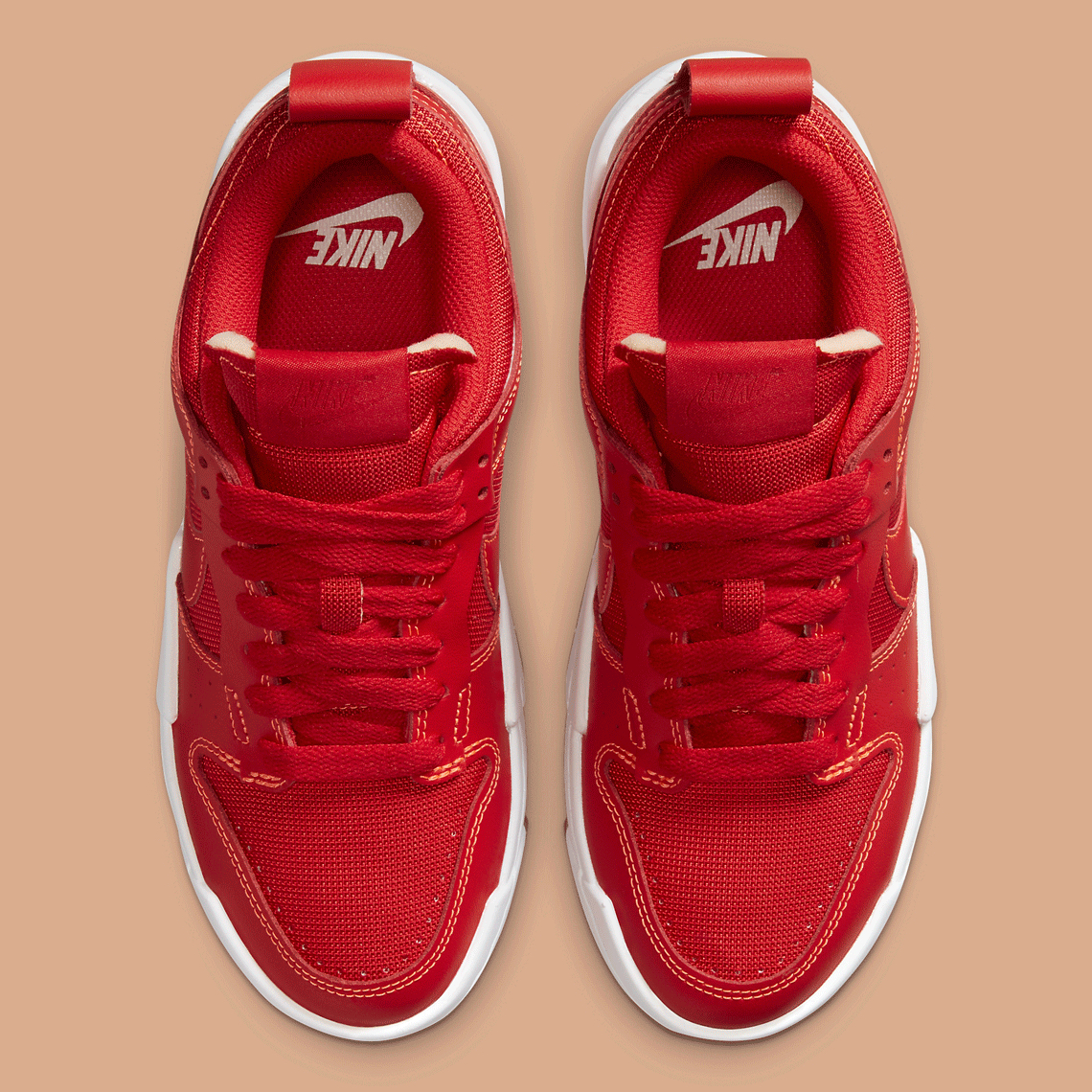 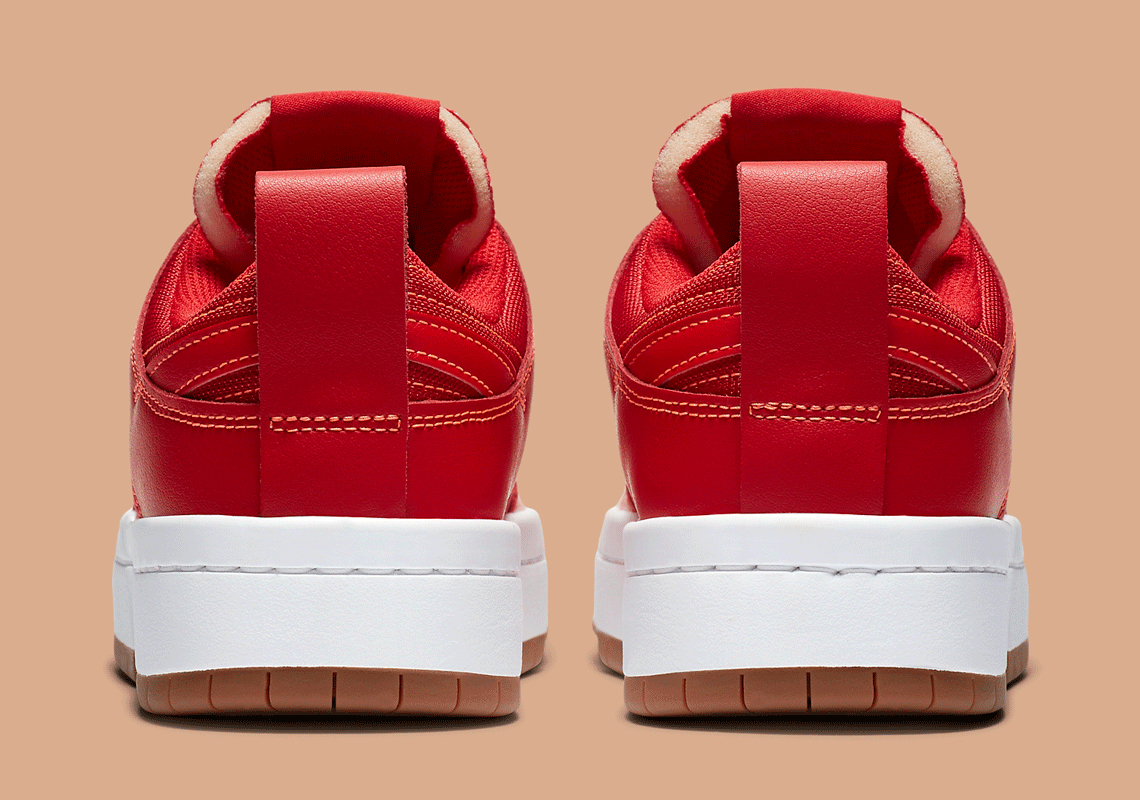 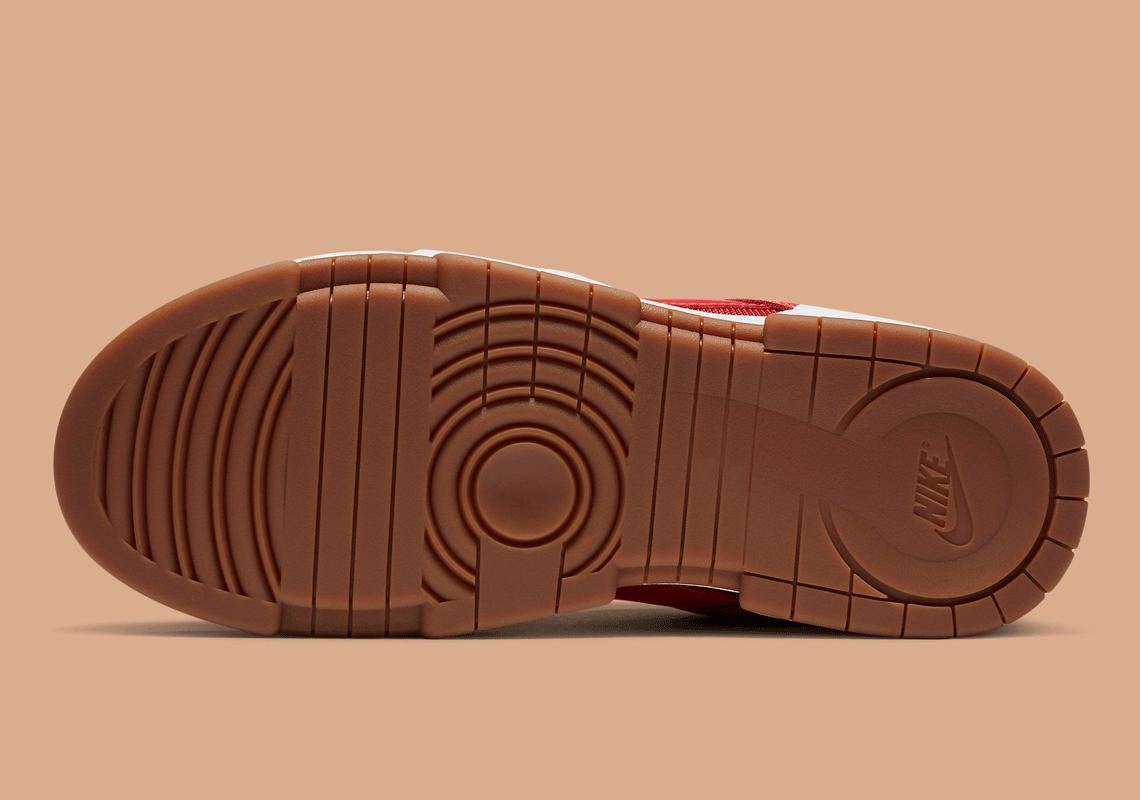 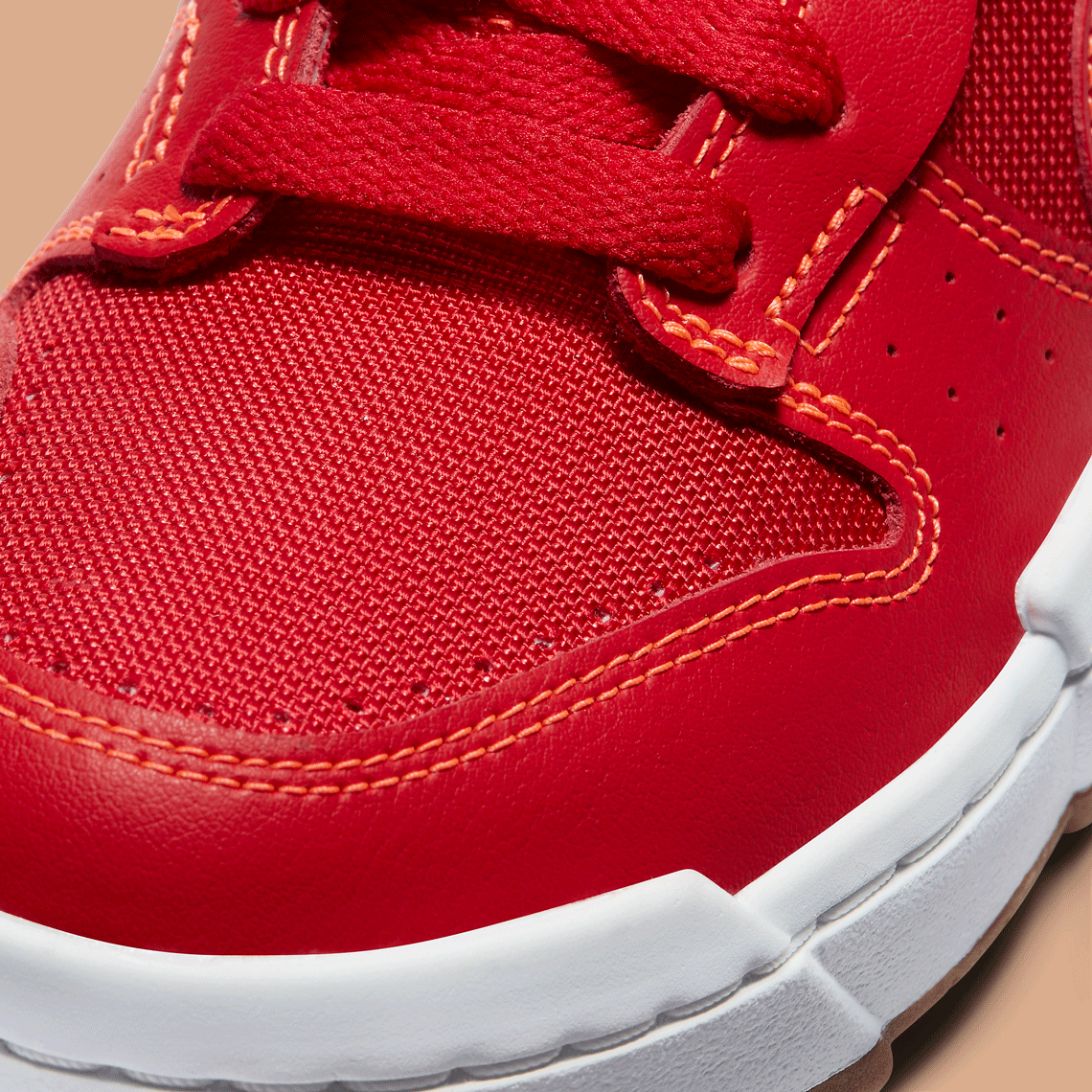 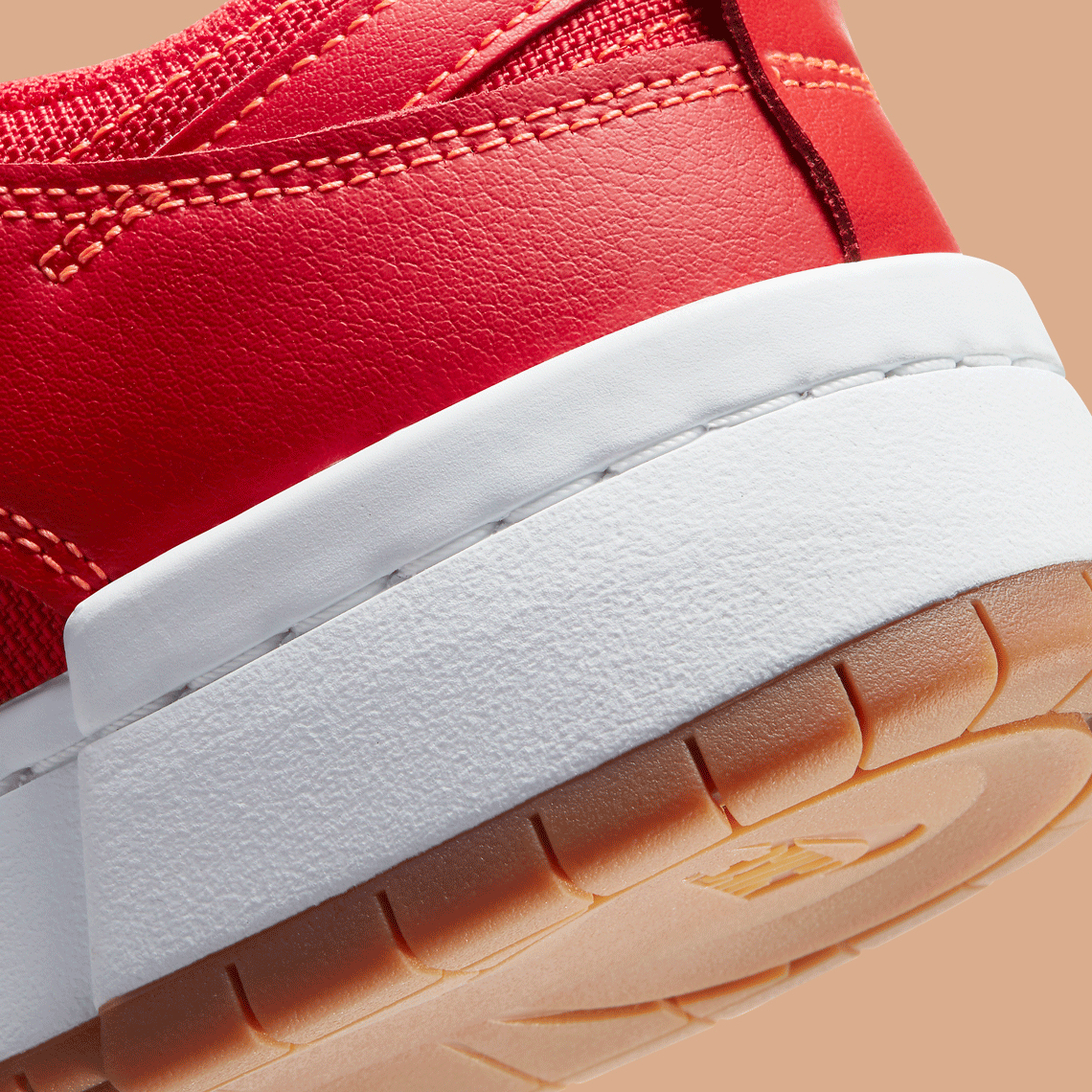