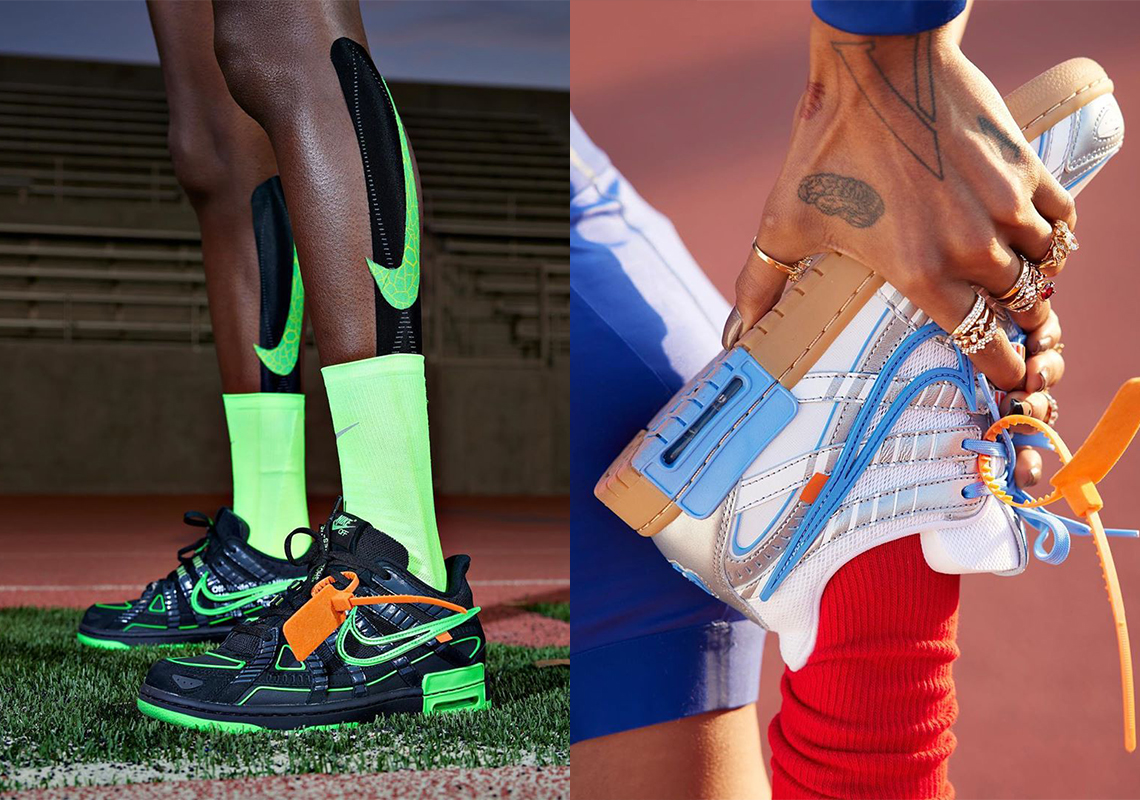 Virgil Abloh‘s return to the track this season delivered not one but three colorays of the same hybrid silhouette: the Rubber Dunk. Partly influenced by both skateboarding and the famed Pegasus runner, the upcoming Off-White collab is set to debut its retro-yet-modern design tomorrow, October 1st, as separate regional exclusives.

Keep reading below to take a link to each pair’s store list. 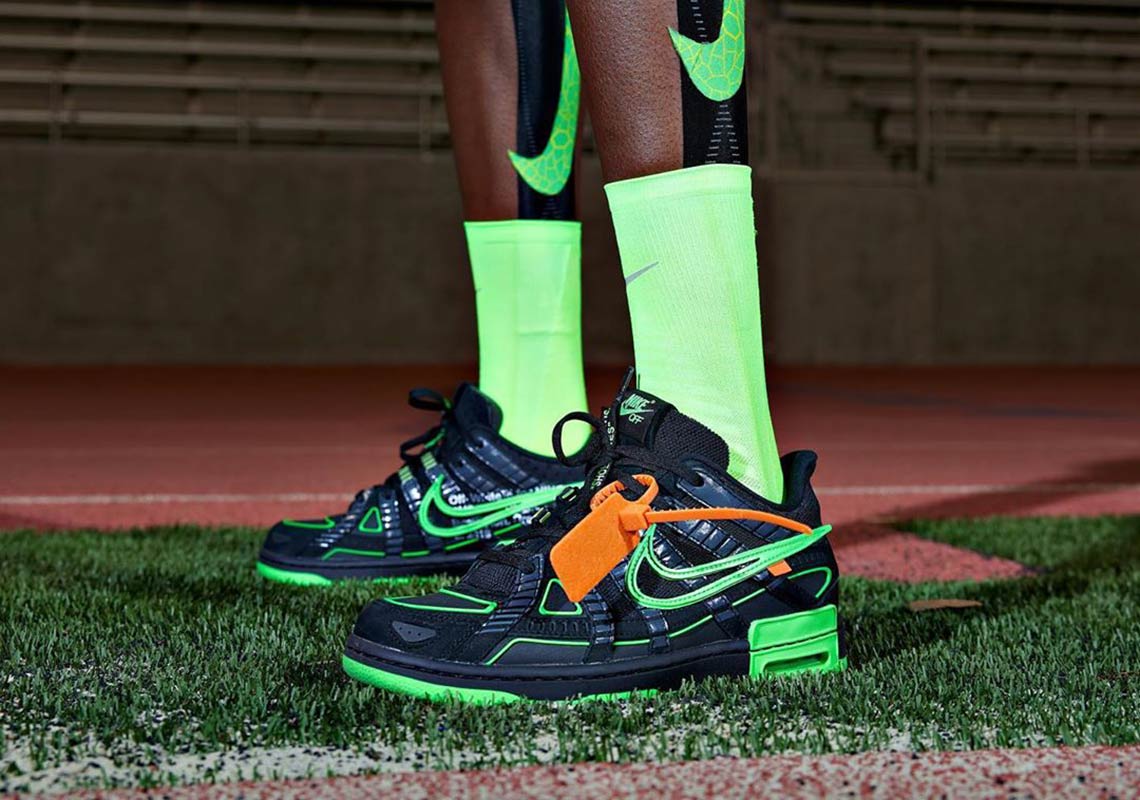 In America, we can expect to see the “Green Strike,” a colorway that satisfies Abloh’s personal taste for black sneakers. “A black sneaker is my go-to for everyday life,” he goes on to say. As such, most of its construction is hued entirely neutral, accented atop by sparse accents of the titular green hue. It dresses the rubber Swoosh, the outlines along the panel’s edge, and the tooling molds below, while a bright orange contrasts over top via the oversized zip-tie and ornamental tab. 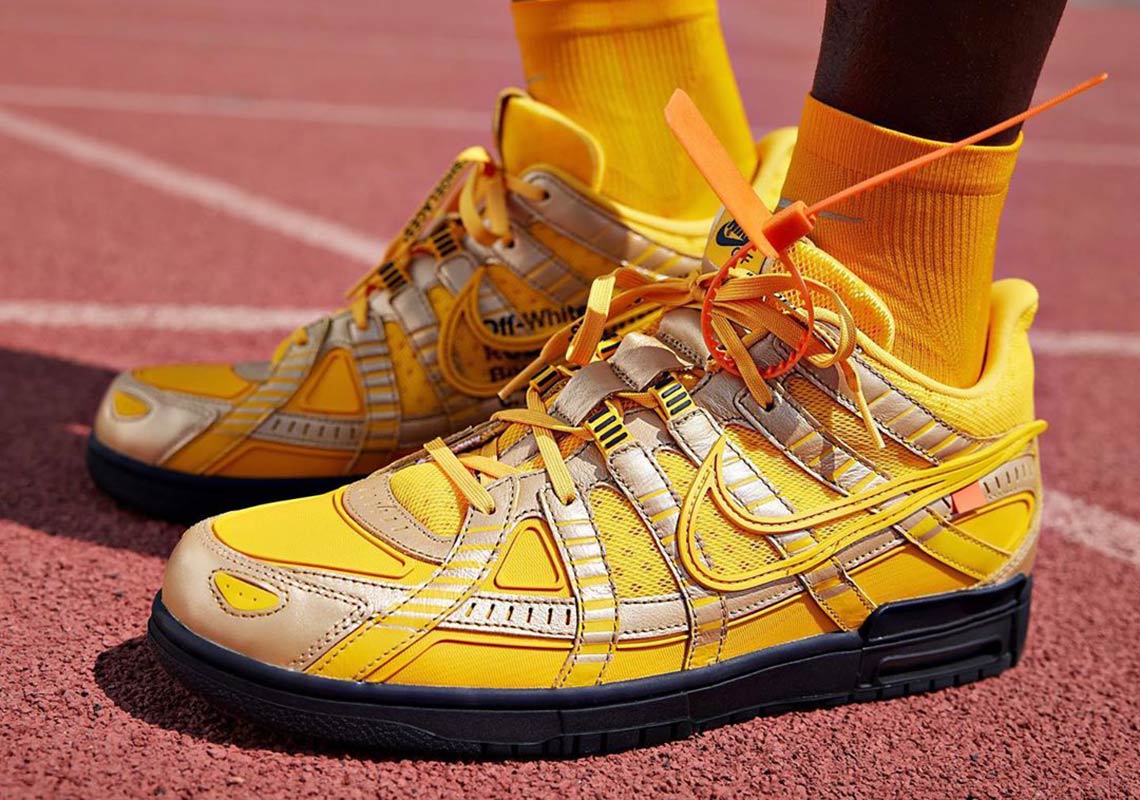 In both China and the Asia-Pacific, the Rubber Dunk begins to nod to Olympic excellence, specifically Atlanta ’96. Its colorway is bright and clad in gold fixtures, most bearing a metallic finish alongside. Underneath, a darker yellow dyes the mesh and synthetic, finishing off what is likely a reference to first place. 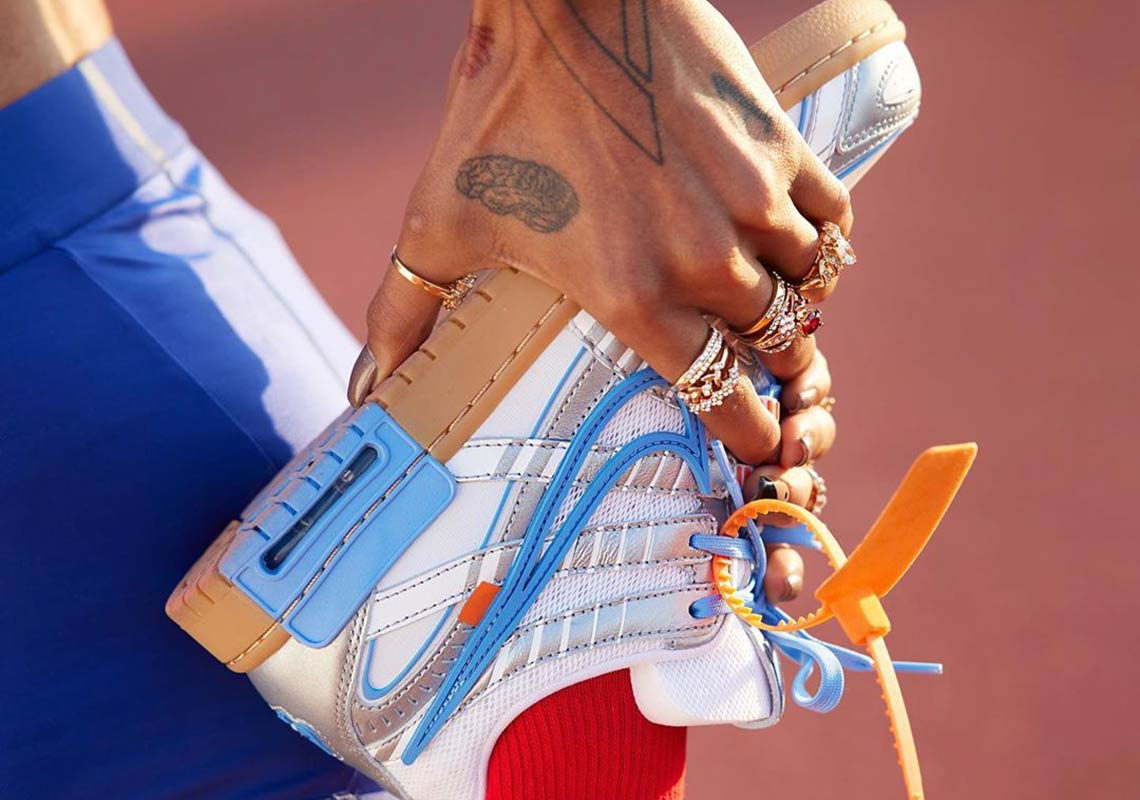 To round off the trio, Nike and Off-White head to Europe, the Middle East, and Africa, proffering all three this ostensibly UNC-inspired rendition. Said to be a love letter to early 2000s color schemes, the pair places silver metallics, white neutrals, and the titular University Blue along a striking gum bottom. 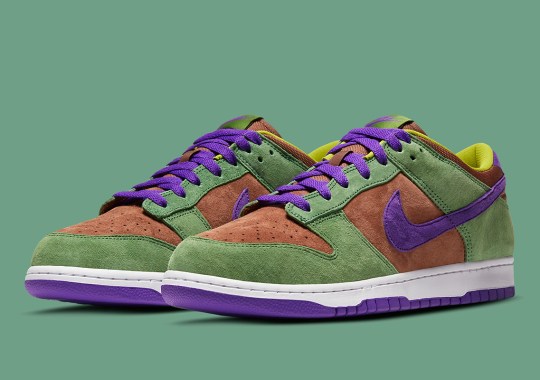