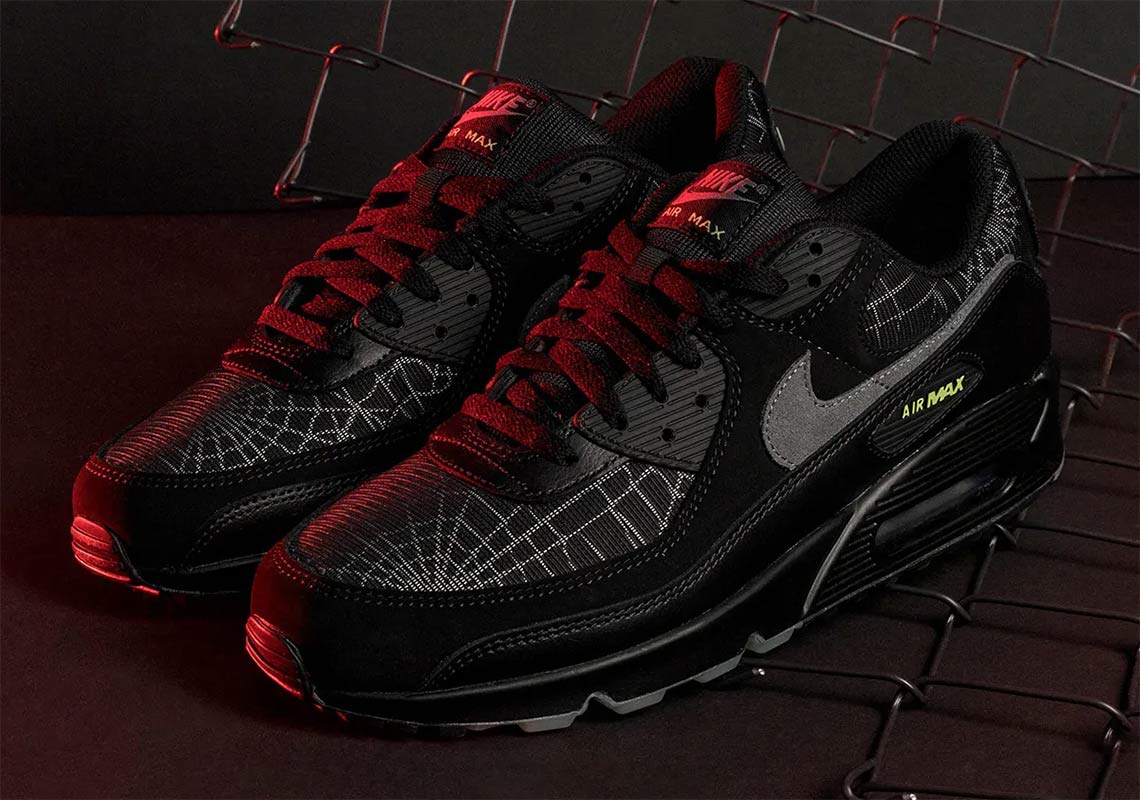 Where To Buy The Nike Air Max 90 “Halloween”

Now that Spooktober is in full effect, it won’t be too long before we see Nike’s many costume-dressed releases — a set that seems to be leading first with the Air Max 90 “Halloween.”

Though a far cry from the culturally-influenced motifs of the Día de Los Muertos collection, the pair is still quite notable in its reliance on the tried-and-true. As such, spider webs are drawn atop the underlayer all throughout, widespread across the toe box in glistening print and somewhat more obscured at the collar due in part to the smaller space. Elsewhere, black nubuck and leather panels construct throughout, blank yet brooding and detailed adjacent with grey-tinged swooshes and some subtle Volt text. What’s more, the pair features a striking glow-in-the-dark sole and Air unit to better light the way during trick-or-treating.

Grab yet another look at these here and expect them to predate Halloween on October 17th at select retailers and likely Nike SNKRS.

Moving over to the court, the Nike LeBron 18 Sisterhood was just revealed. 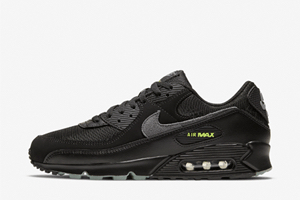 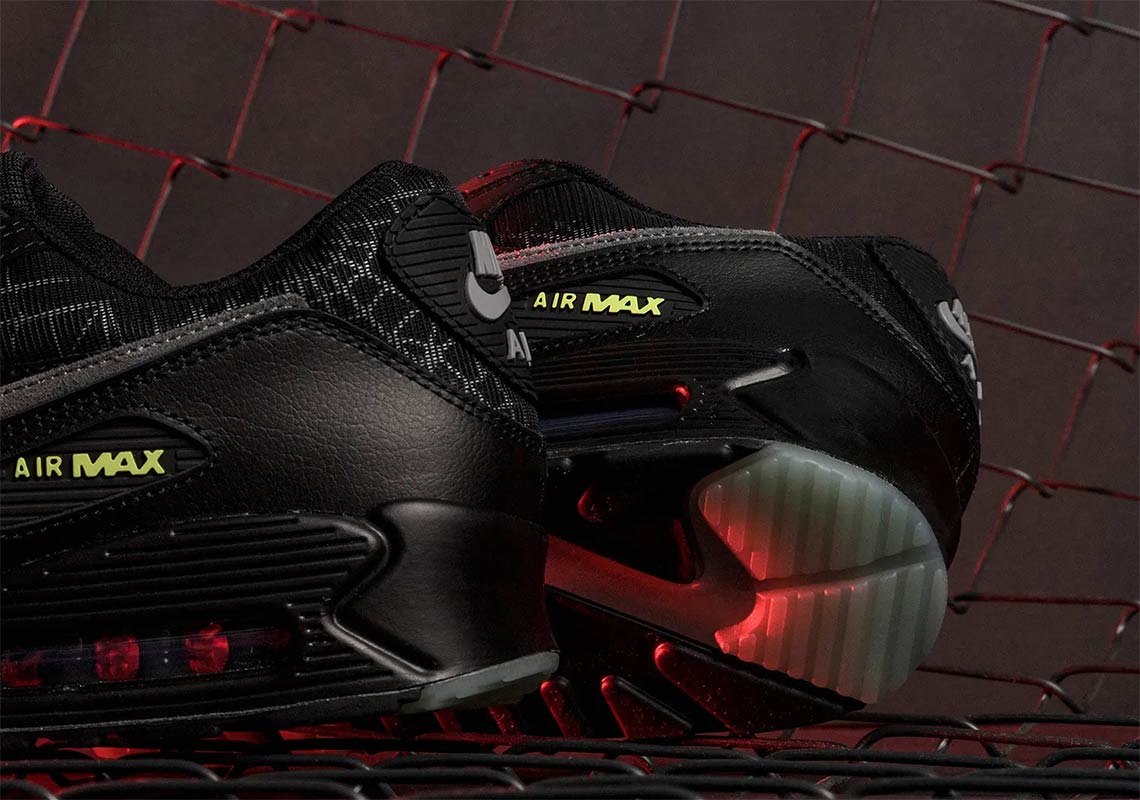