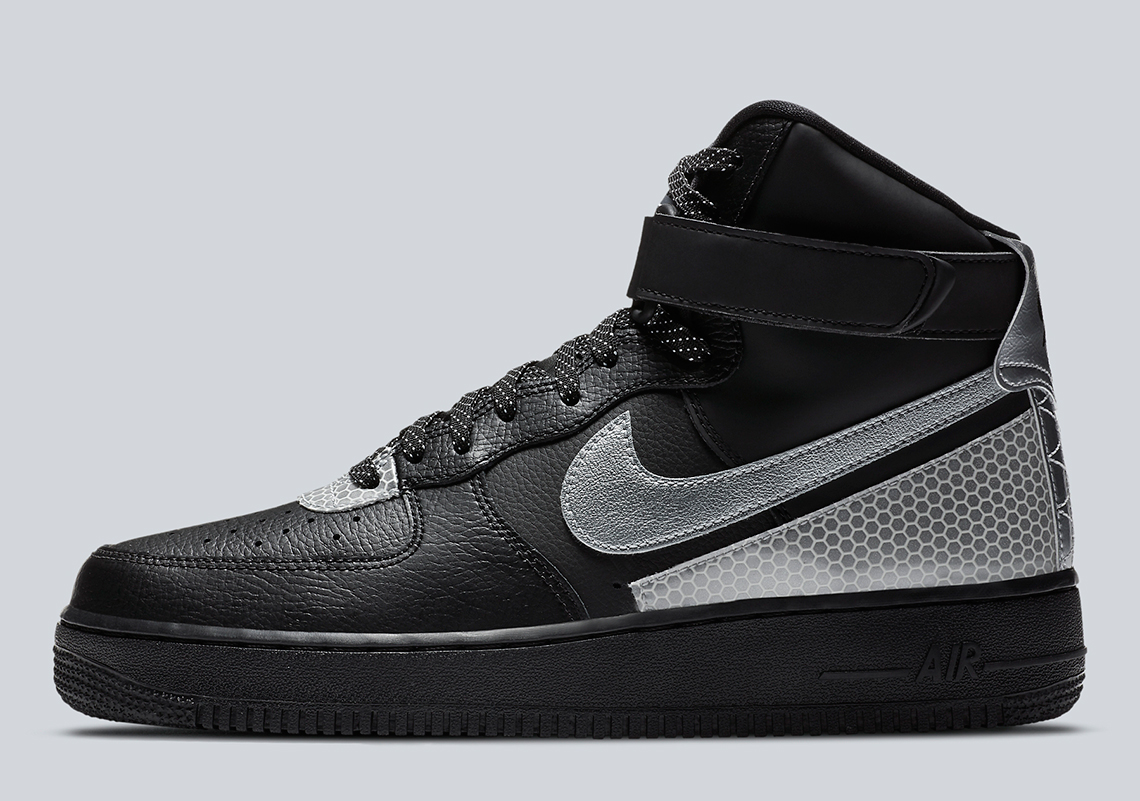 With the colder months quickly approaching, Nike is preparing their customers with several footwear collections built to take on the winter season. Making functionality a priority, the Swoosh team is welcoming in sneaker upgrades such as GORE-TEX uppers and 3M protection, the latter of which is now arriving on the ever-classic Air Force 1 High.

In mid-September, the 3M x Nike collection unveiled a black/silver Air Force 1 Low colorway, and this newly-surfaced rendition carries the identical design cues only in a way that fits its higher cut silhouette. Up top the collars and straps are dyed to a matching stealthy hue, while everything below from the tumbled black leathers to the flecked laces, to the reflective overlays tacked onto the heels and lower throat is kept in-tact. Moreover, the silver-coated tongue tabs are adorned with co-branded hits. Scroll here ahead for a closer look at this pair, and find these hitting Nike.com within the upcoming weeks.

For other sneaker news, a silver Air Foamposite Pro colorway has been revealed. 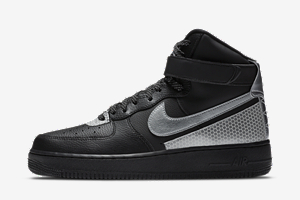 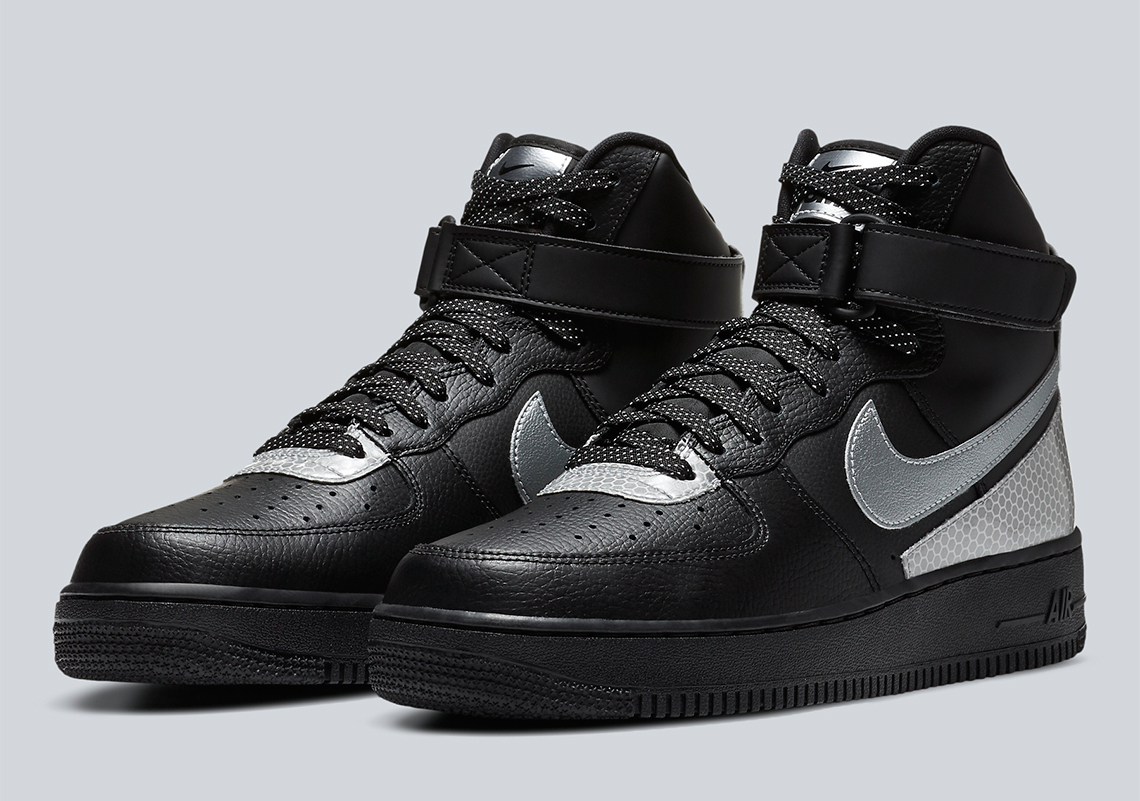 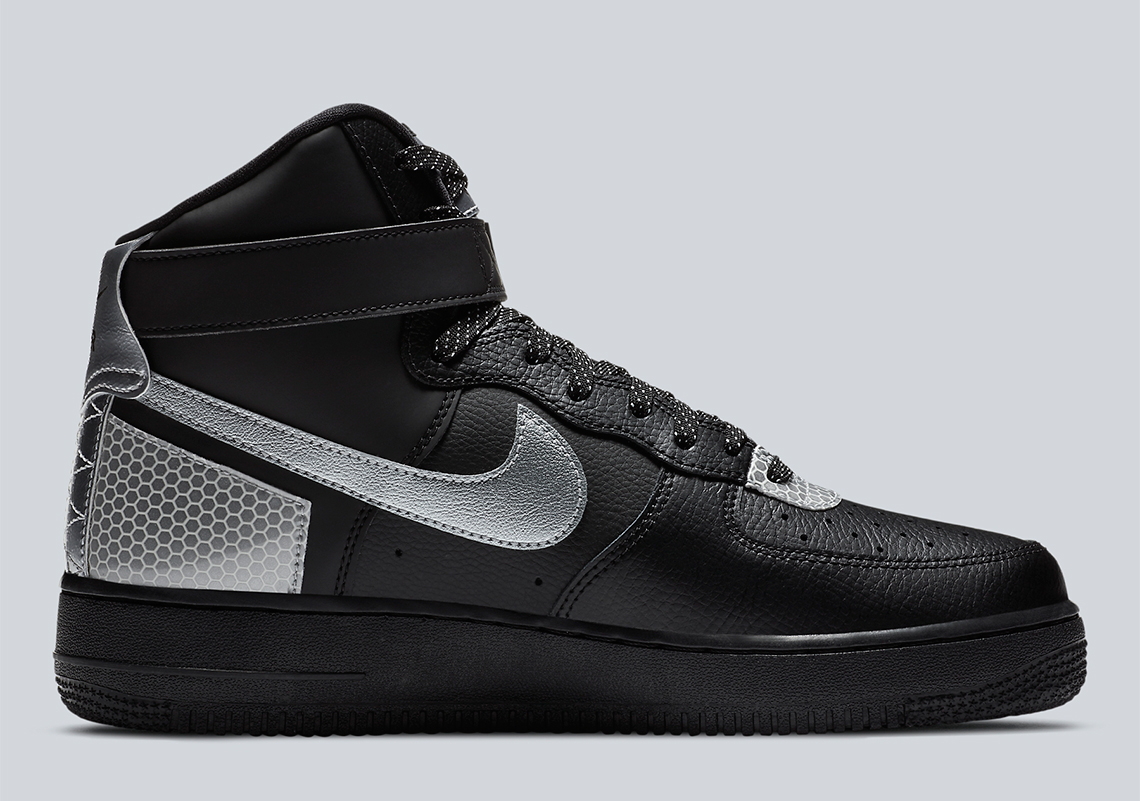 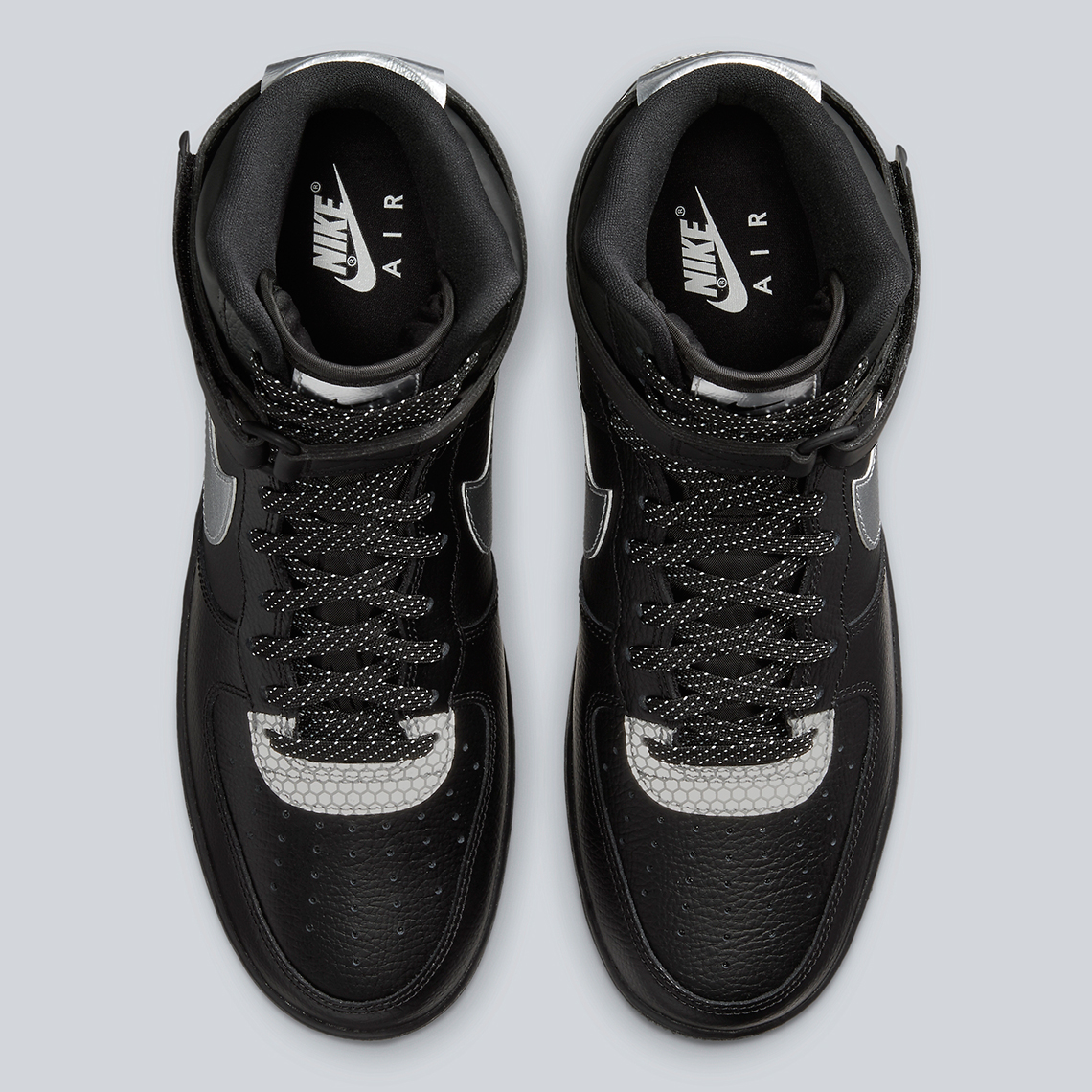 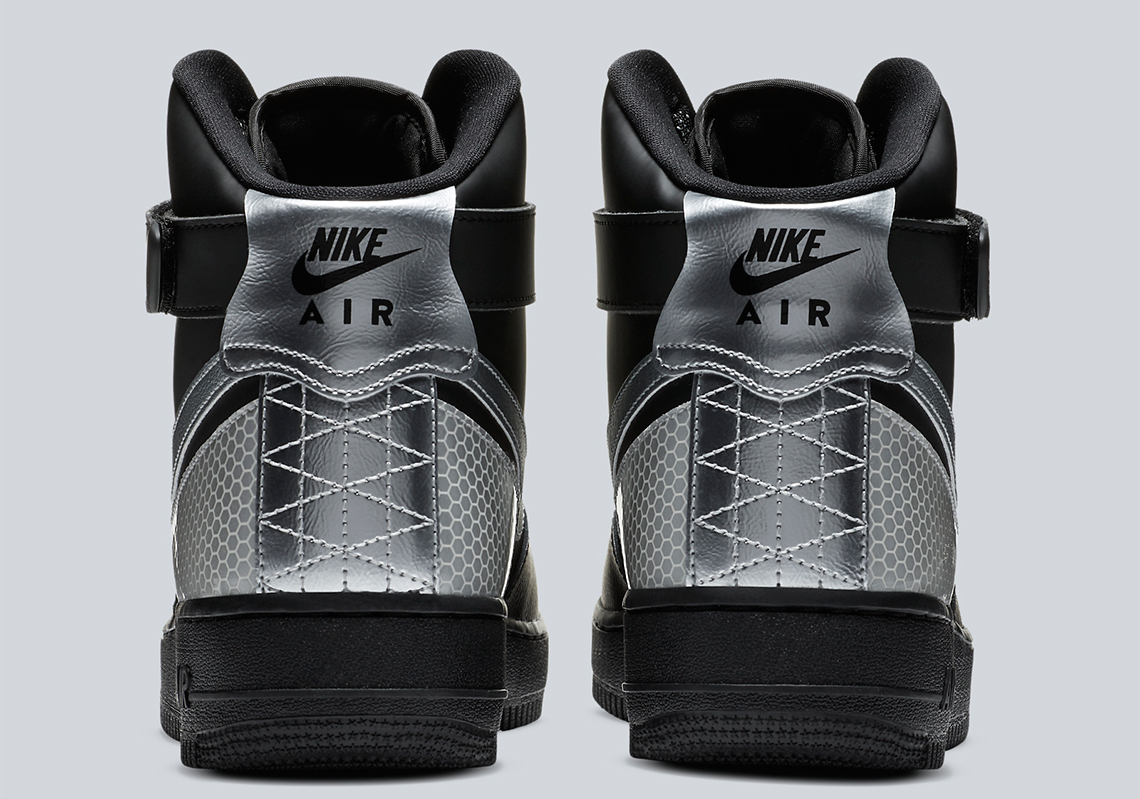 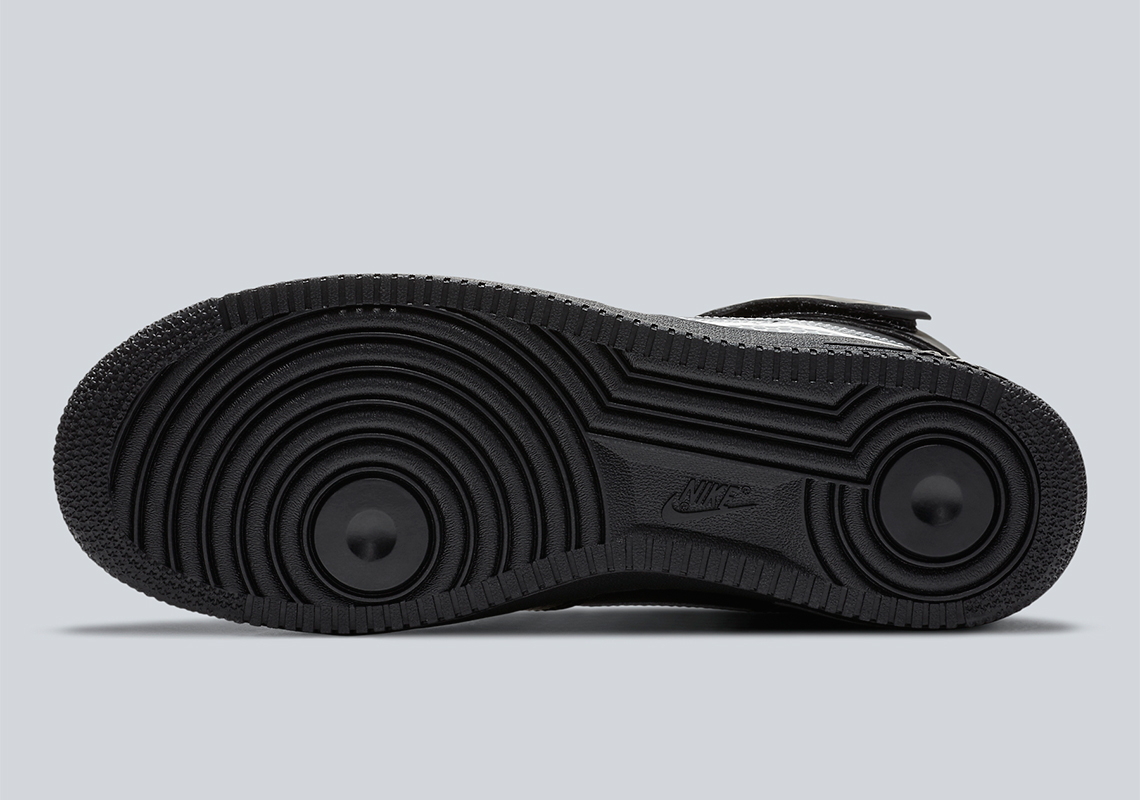 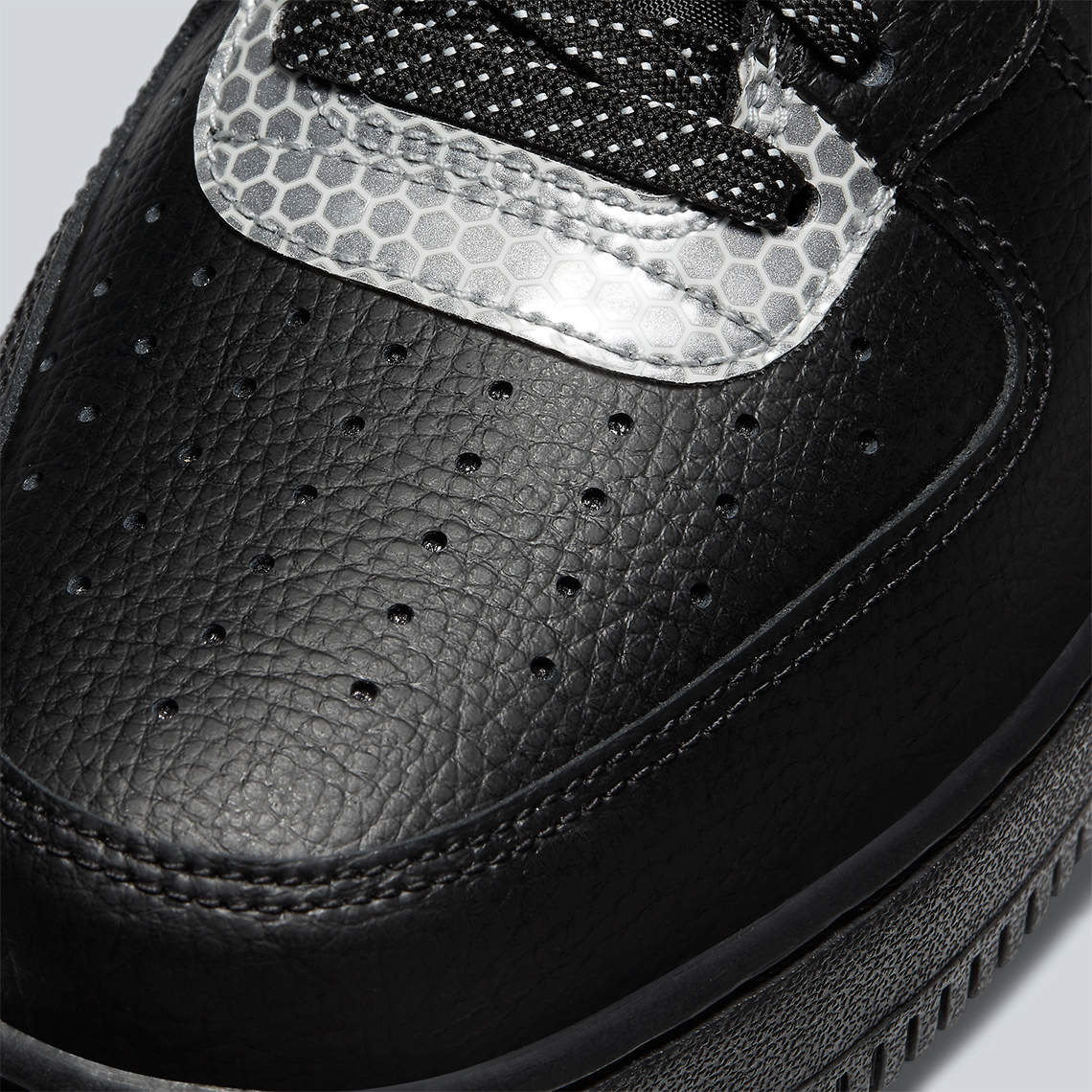 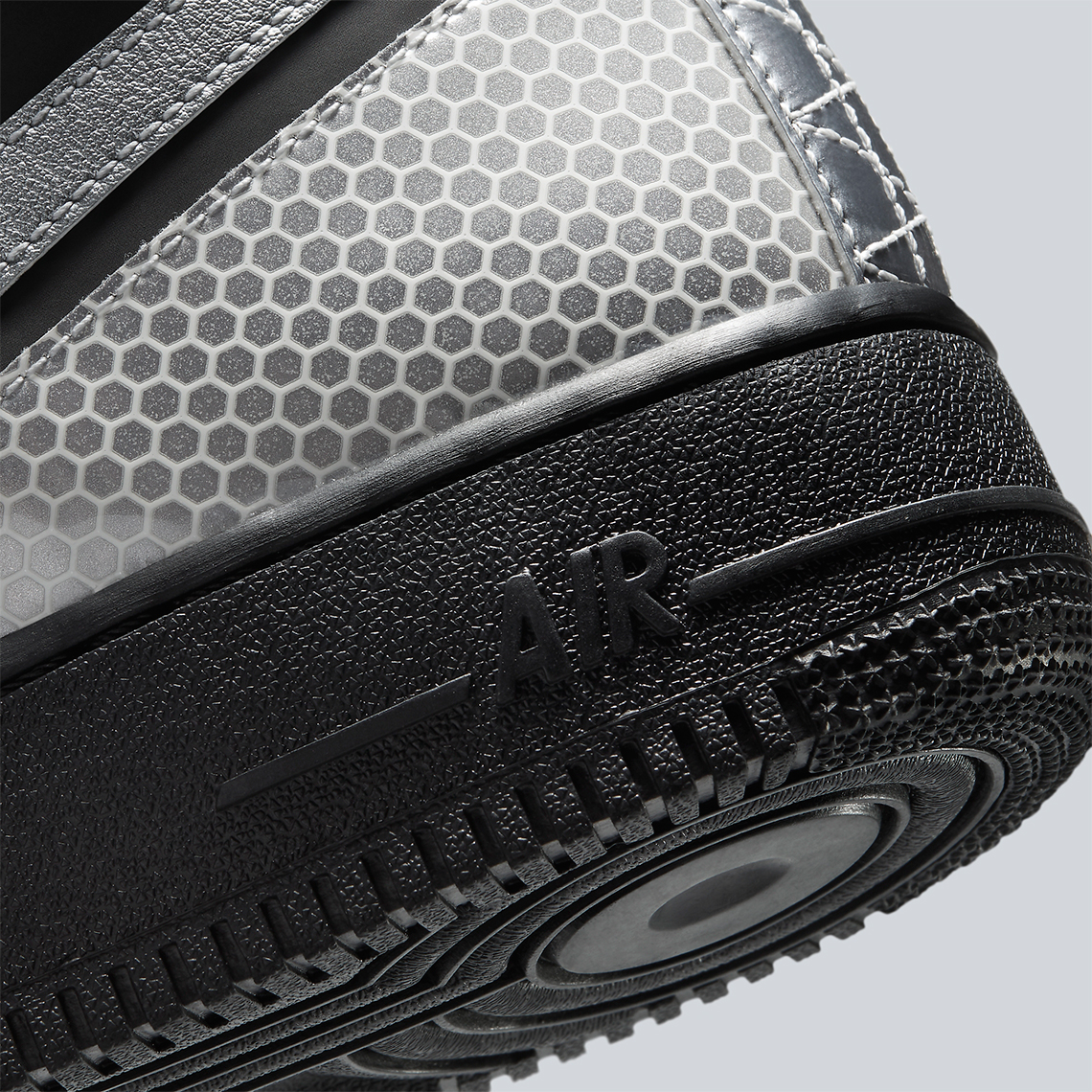