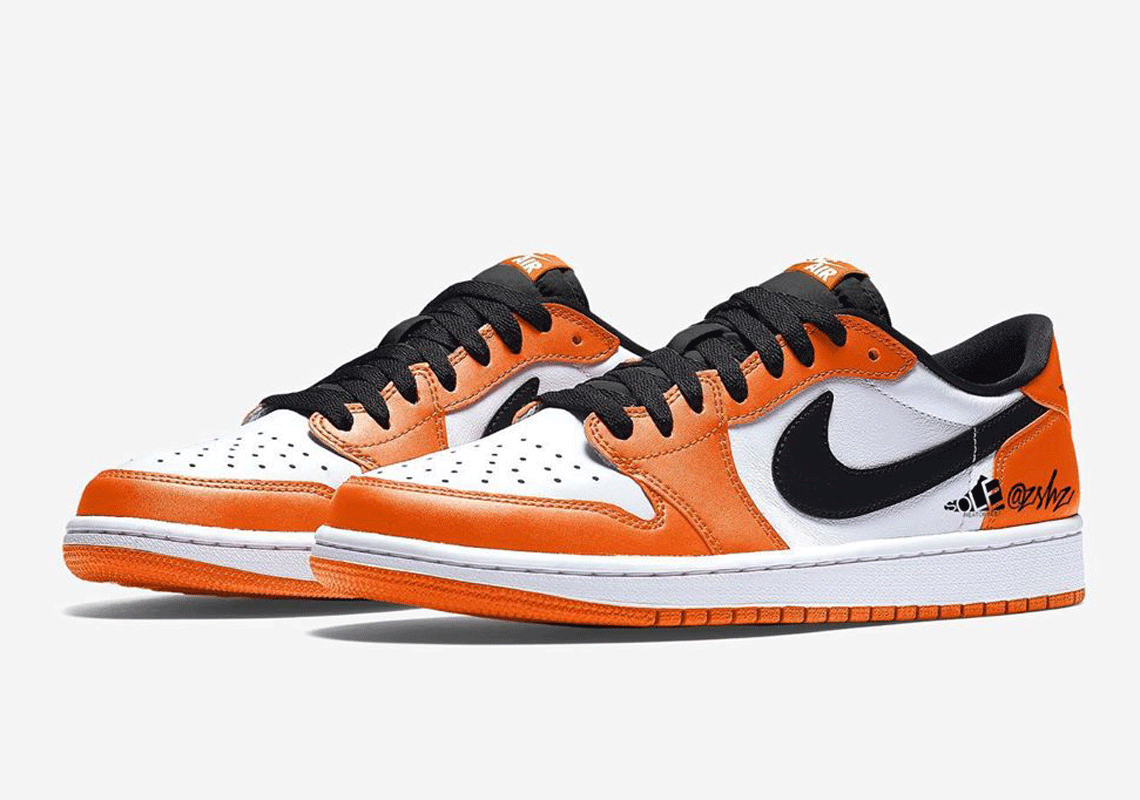 Rumored to return to regular production beginning Spring 2021, the Air Jordan 1 Low OG is scheduled to add an “Orange/White/Black” to its underdeveloped roster.

Although collaborators like Travis Scott and Dior have delivered big looks to the original low-top Jordan 1, NIKE, Inc. has yet to return the silhouette to its 1985-form. An initial mock-up of the forthcoming pair, however, suggests 2021 will be chock-full of Jordan 1 Low pairs with “NIKE AIR” branding (not Jumpman logos) on the tongue label, as well as the famous Wings logo on the top heel overlay instead of on the bottom one. The general shape of the shoe also appears sleeker, and accompanied by eight lace holes as opposed to seven. Unlike the beloved “Shattered Backboard” iteration of Michael Jordan’s first signature sneaker, the low-top pair rumored for August 2021 is believed to don “Orange” overlays (save for the profile swooshes), branding and tread for a truly eye-catching statement.

Full details of a Nike SNKRS release are still unknown, but that’s likely to change as next year gets underway. While you wait, bookmark our Jordan Release Dates calendar and check out the “Orange Skeleton” Air Force 1 when you’re done. 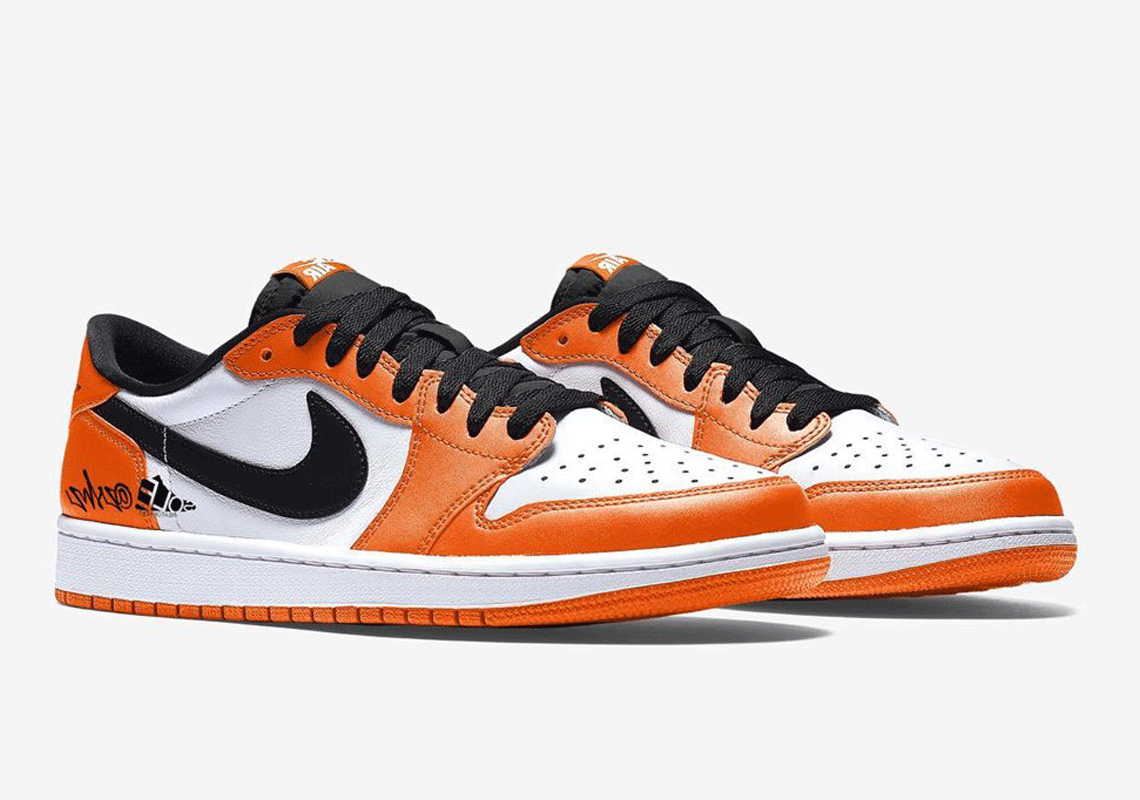