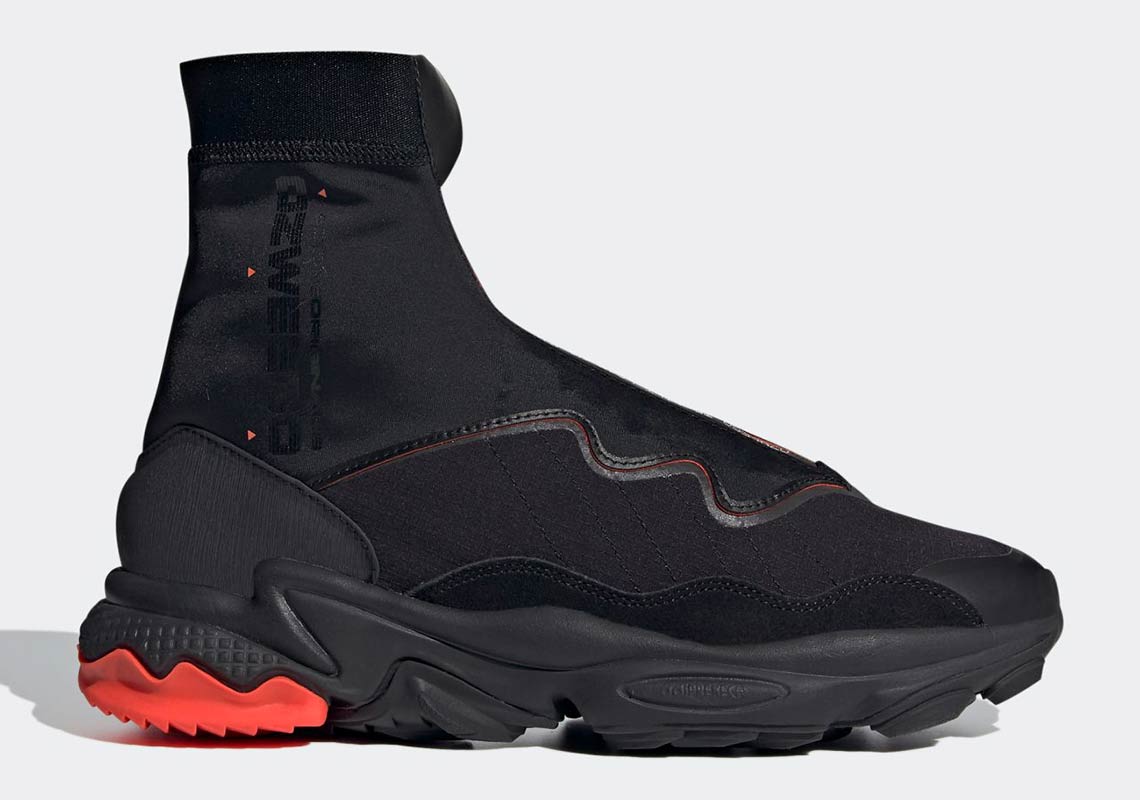 adidas Converts The Ozweego Into A Stealthy All-Terrain Boot

Though the name was popularized by Raf Simons with his own Three Stripes collaborations, the adidas Ozweego has since been adjusted for inline release, its modern shape a far cry away from the high fashion designer’s once popular interpretation. Even now, the silhouette seems to be tweaking even further as the brand is introducing a high-tech upgrade under a brand new Ozweego TR STLT moniker.

Hued triple black to better suit its utility, the offering effectively takes the original and stretches it up and replaces much of the material composition. A stretchy synthetic constructs the tapered and weather resistant collar, its midfoot accented with waterproof, branded zipper closures while its profile embellishes with futuristic type. Below, the general guise of the 2000s staple is intact, made of a ripstop fabrication that details the edge of its eye stays with reflective strips. Elsewhere, a small touch of Solar Red adds a finishing color at the back heel and very few elements of the upper half.

Grab a detailed look at these here, and as confirmed by adidas Japan, you can expect a release to arrive October 17th. A stateside adidas.com release will likely follow around the same time or shortly after.

In other news, check out the What the adidas Ultra Boost. 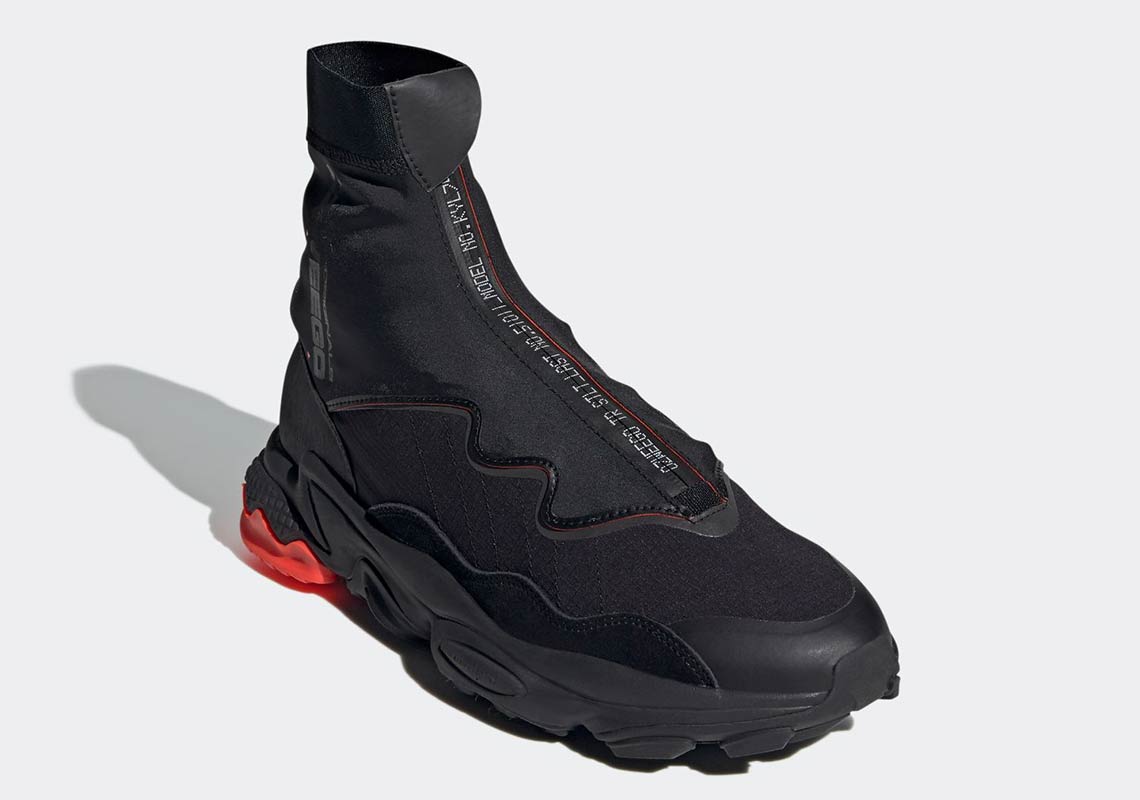 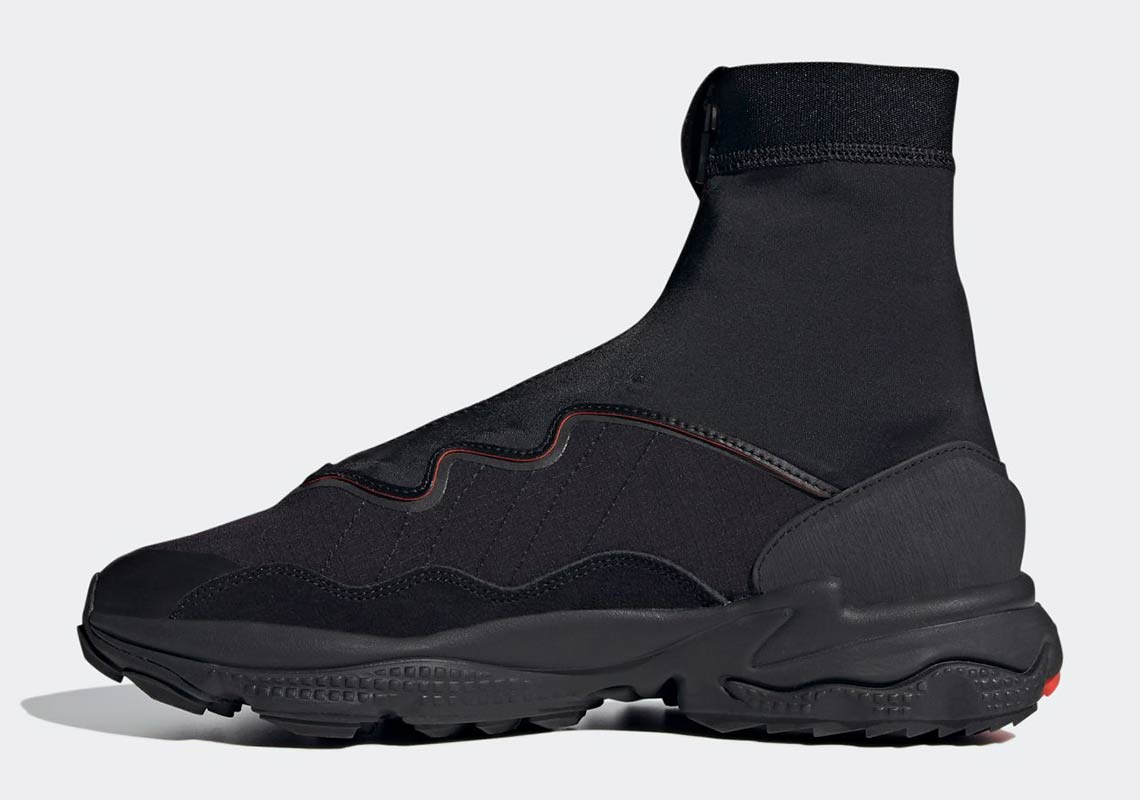 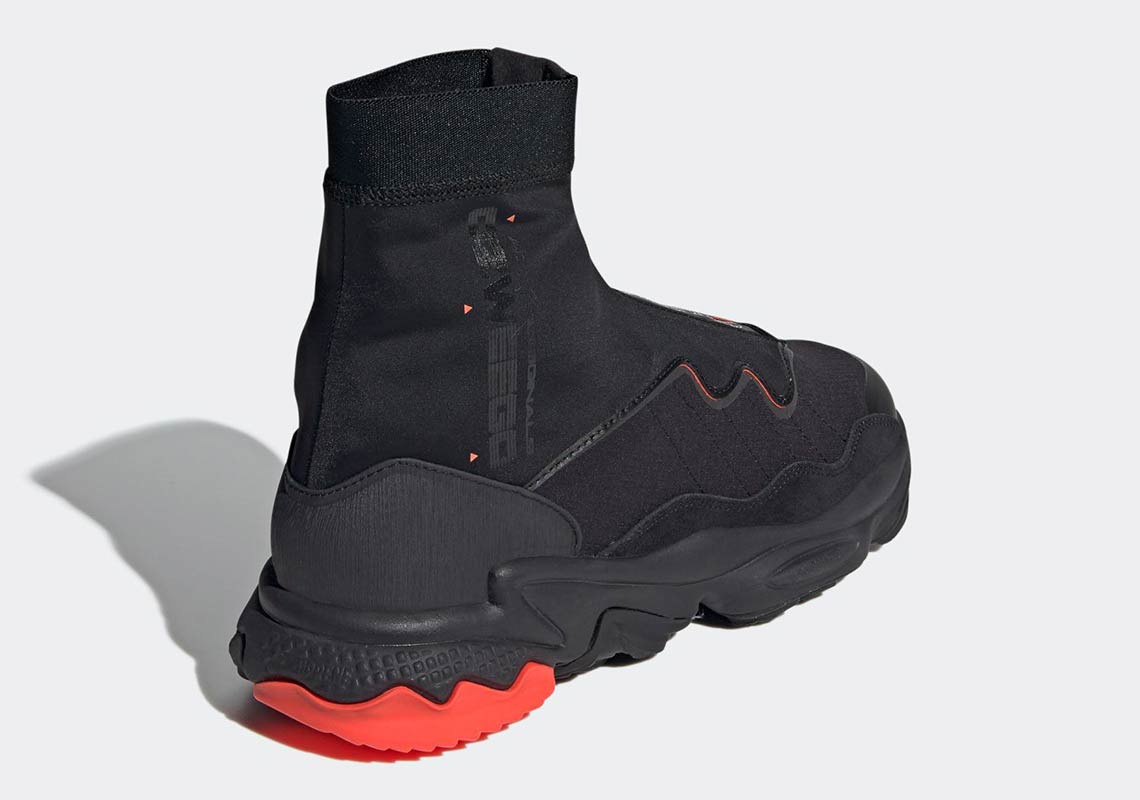 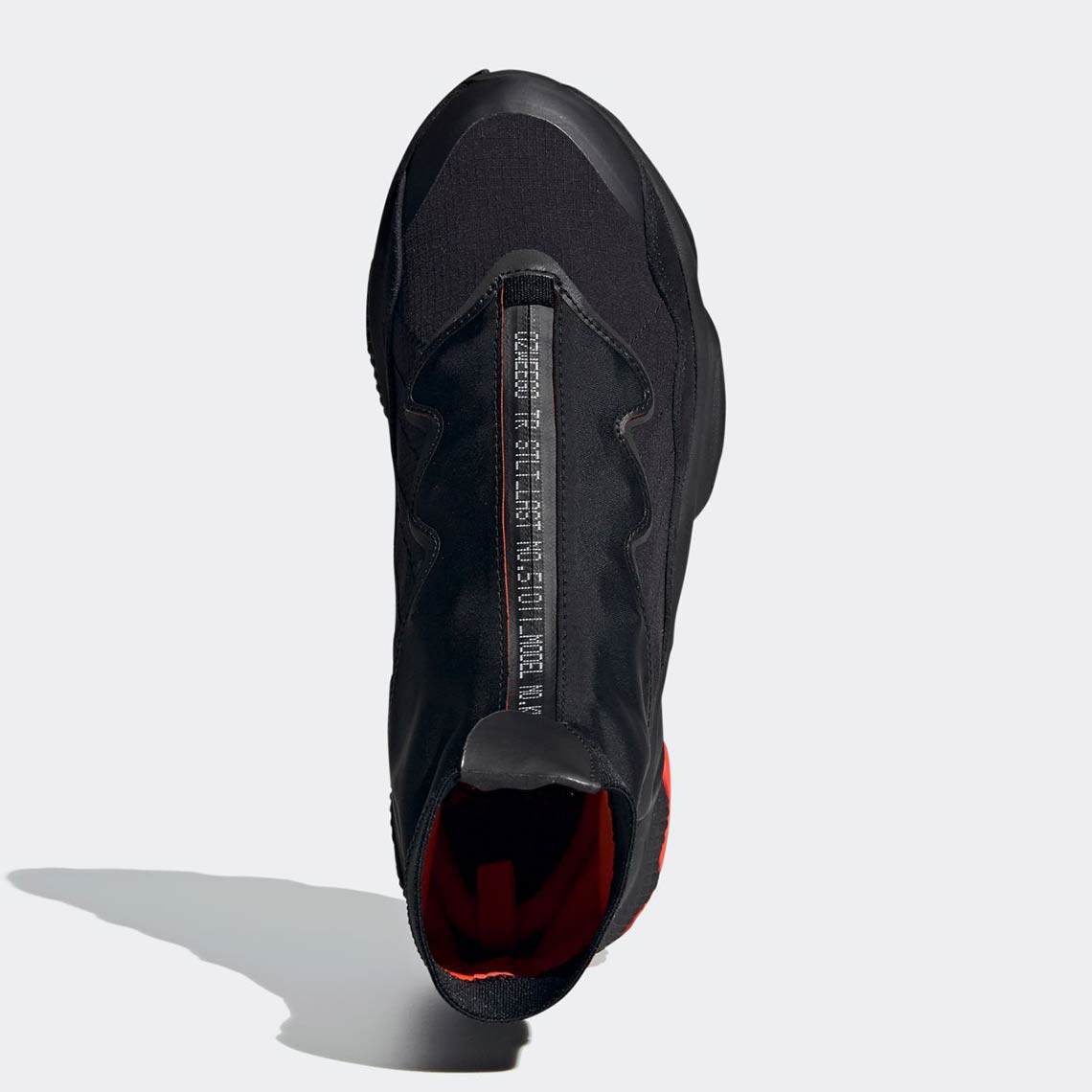 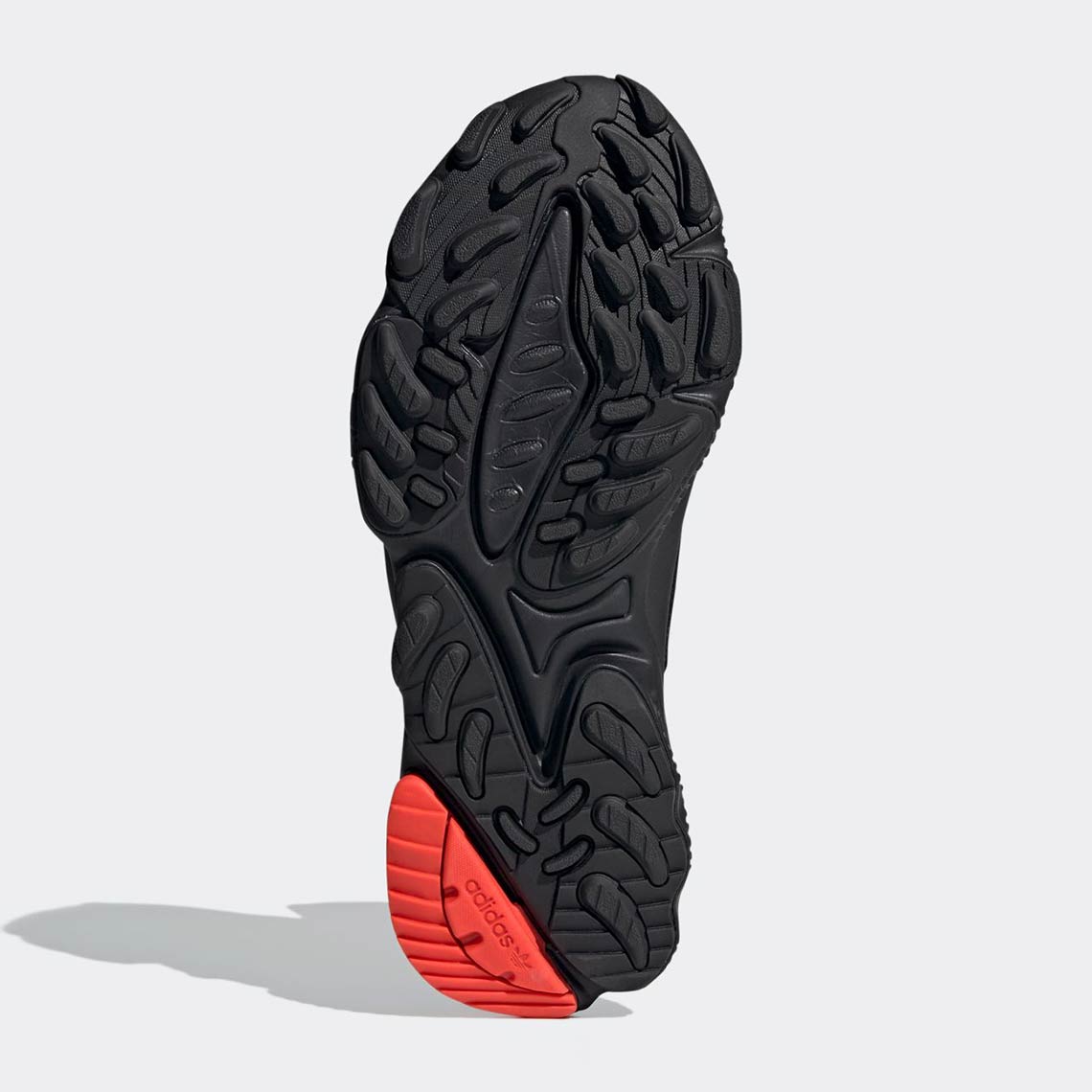 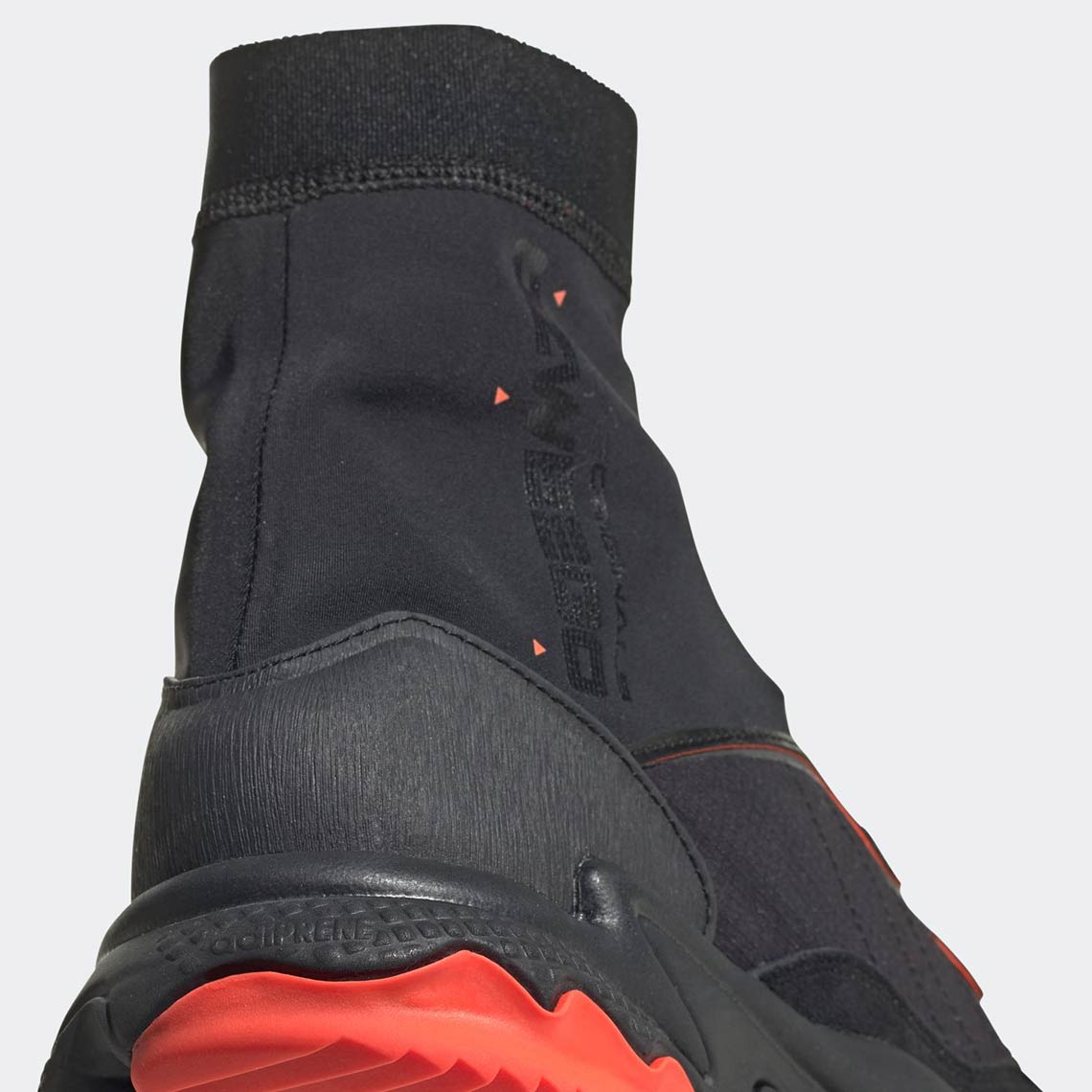 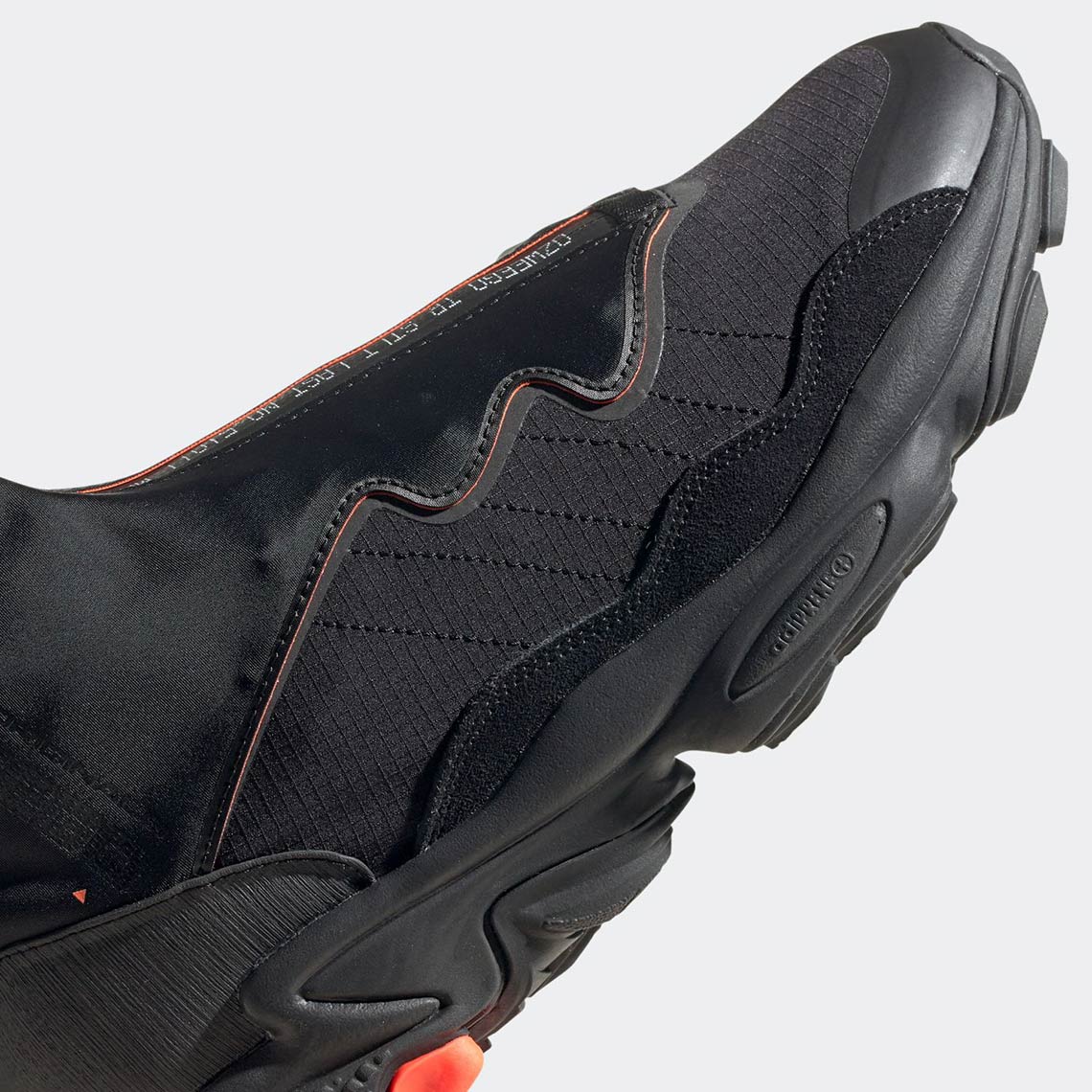 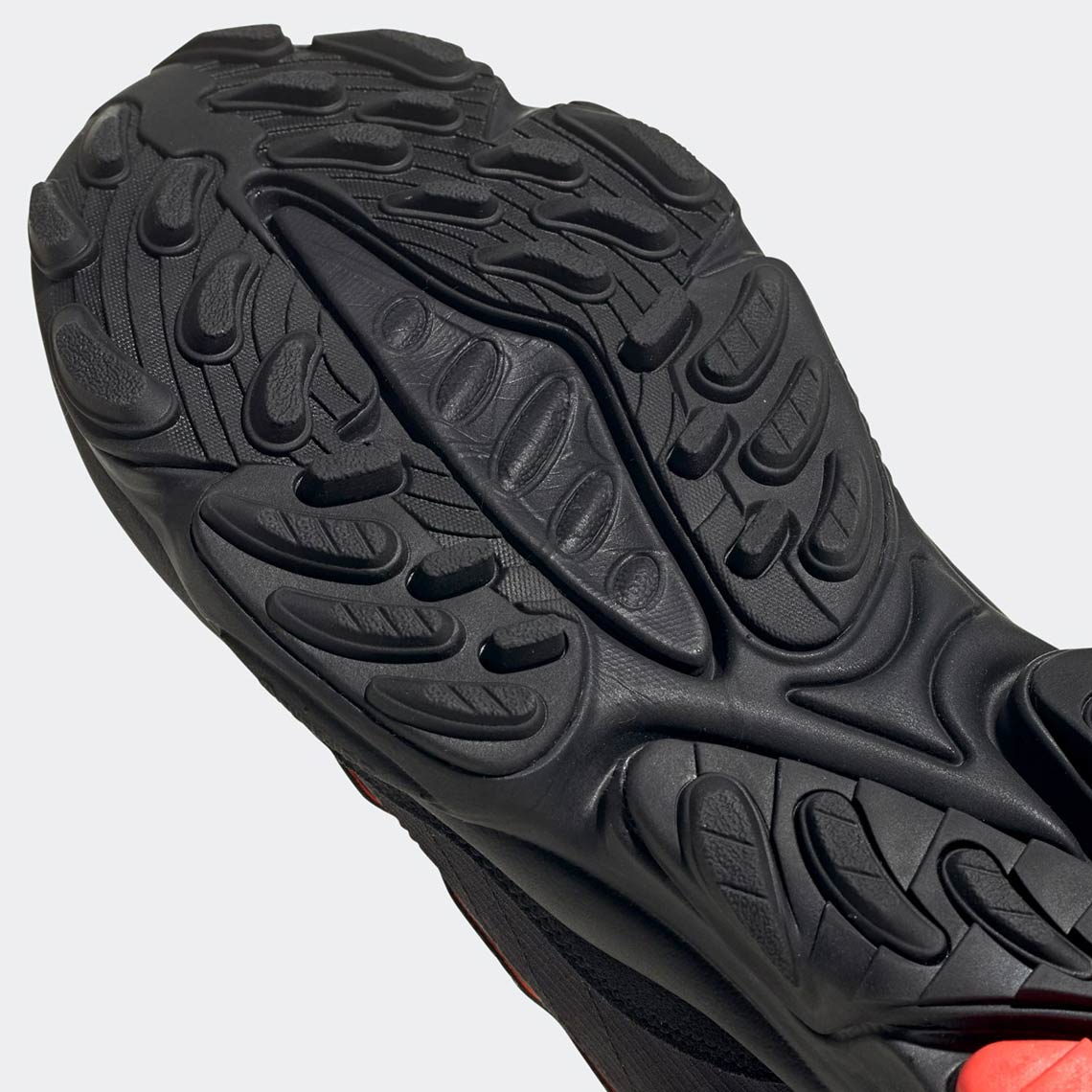