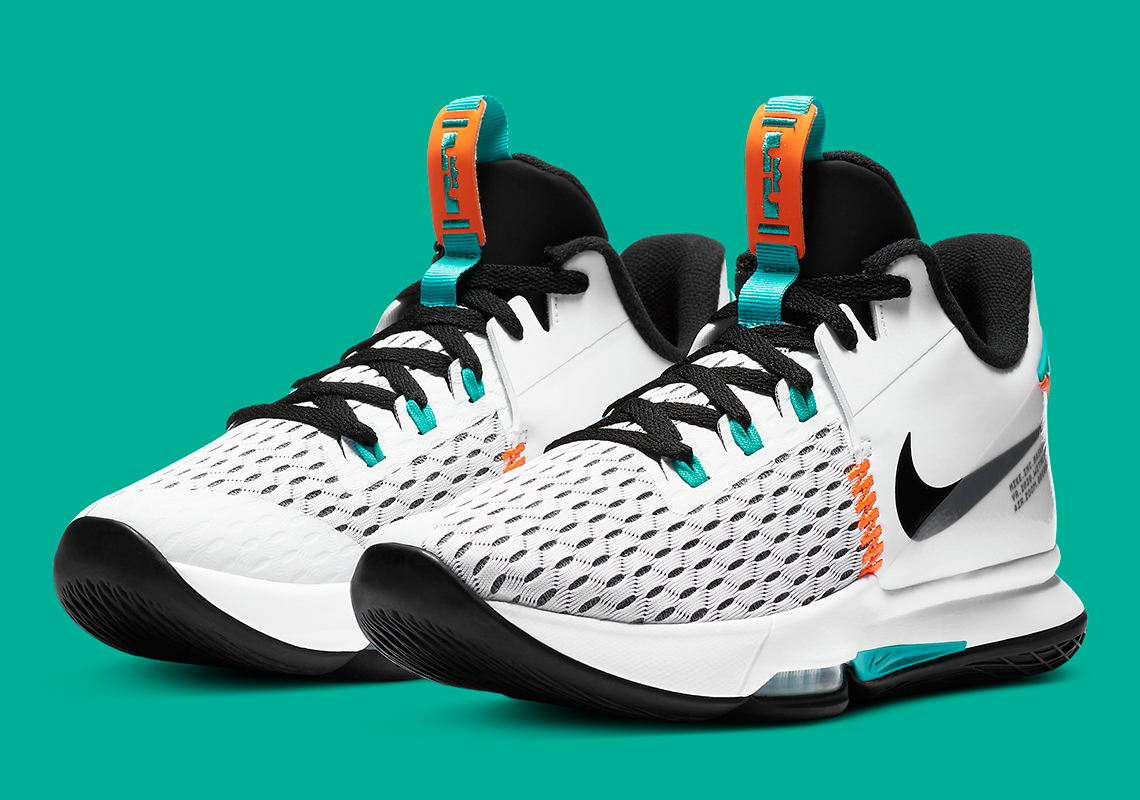 The Nike LeBron Witness V Gets A Miami-Friendly Colorway

The spotlight is shining brighter than ever on LeBron James as he has just earned himself his fourth NBA title, and his first ever championship victory with the Los Angeles Lakers. After being crowned as the 2020 NBA Finals MVP, the King, alongside his Nike team, have plans in place to cater to their fans by dropping more hoops-ready footwear in the coming months involving his newest LeBron 18 signature, as well as more renditions of his latest takedown option such as the LeBron Witness 5. The second-mentioned silhouette, which just so happened to reveal a Lakers-inspired colorway last week, is now gearing up to beef up its catalog with a colorway that ironically enough is reflective of Miami-esque colors.

More so reflective of the Miami Dolphins as opposed to the NBA franchise that the Lakers just overcame in the finals, the low-slung model tosses in teal and orange accents atop the tongue tabs, lace loops, rear molds and mid-foot/heel embroidery up top, as well as in tinier fashion down below on the midsole mold. Elsewhere, these basketball kicks are done up with angelic base layers color-blocked with that of solid black Swooshes, sock liners, and outsoles. A gallery of official images are available for you to view here below, so peep a look at find these dropping on Nike.com likely within the coming weeks.

For other news, the Aime Leon Dore New Balance 550 is releasing again globally. 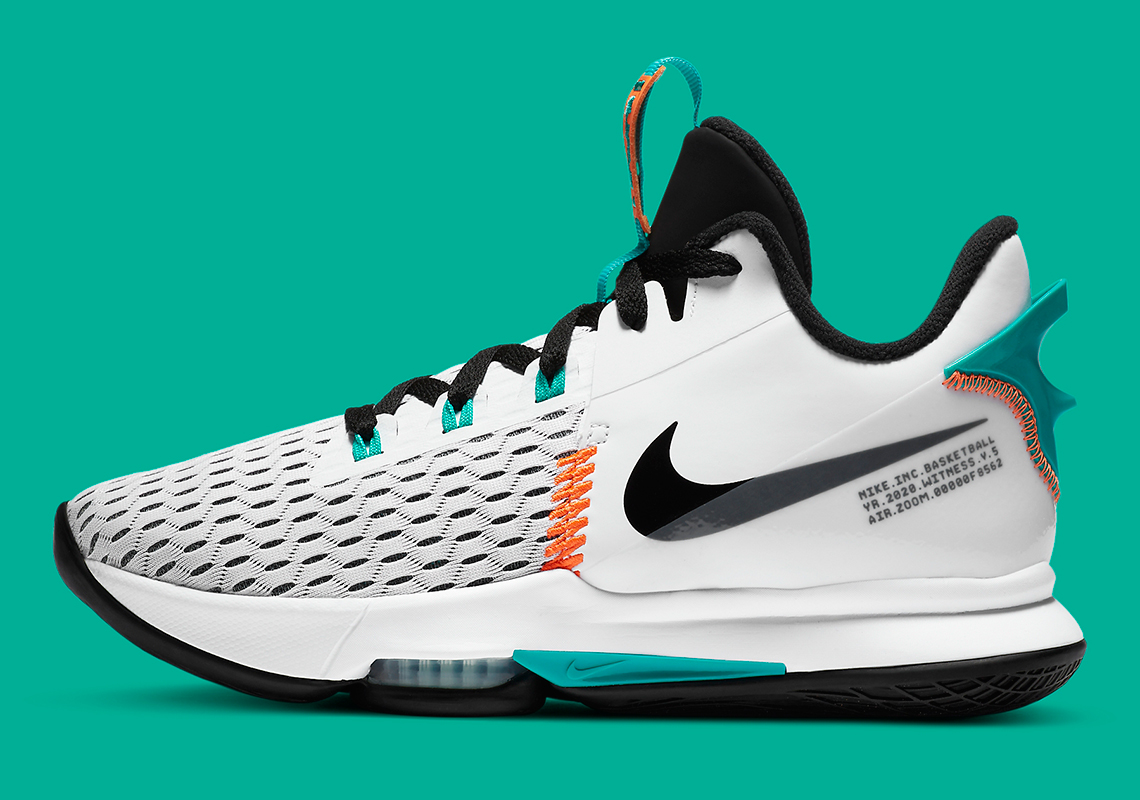 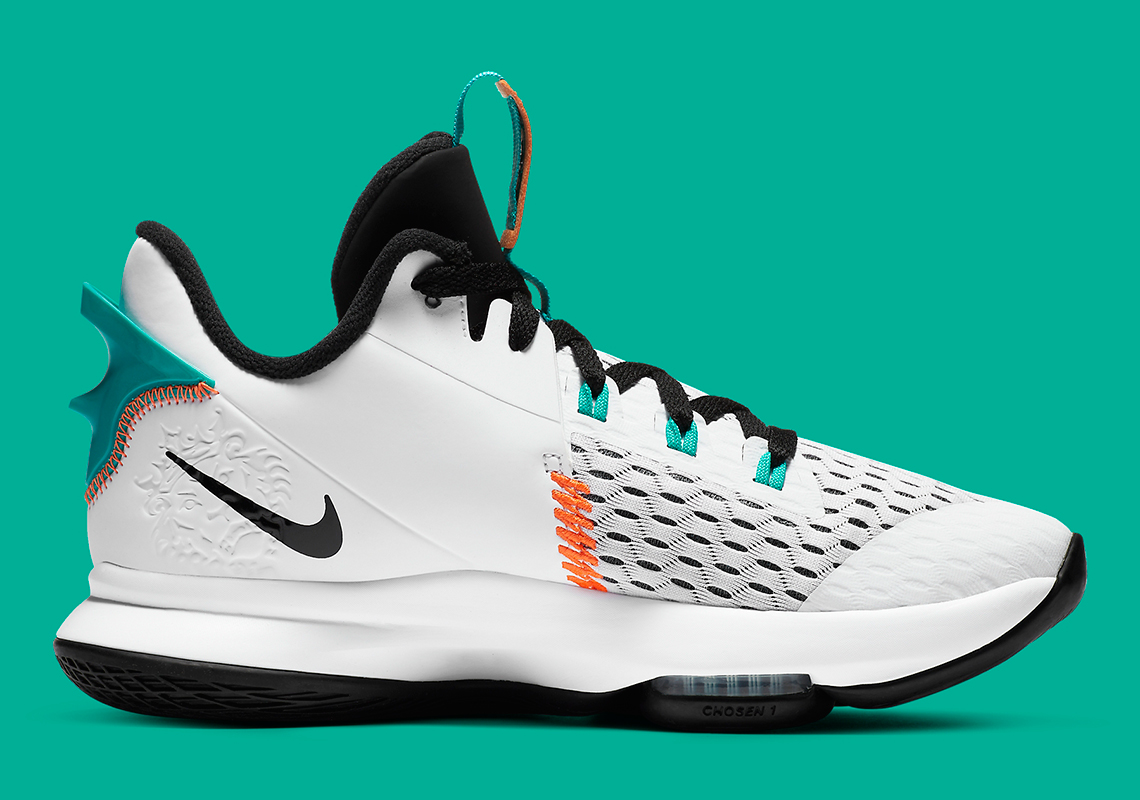 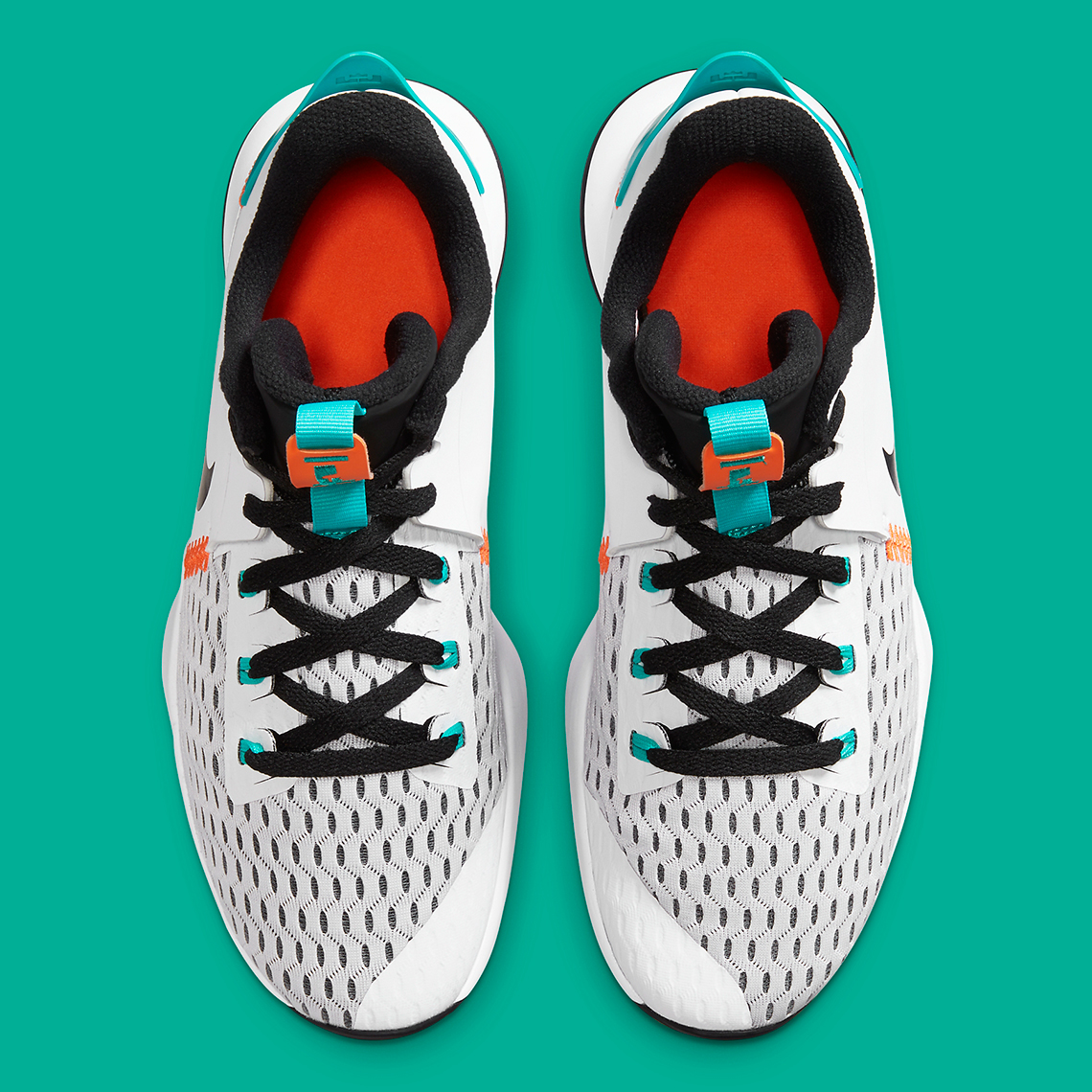 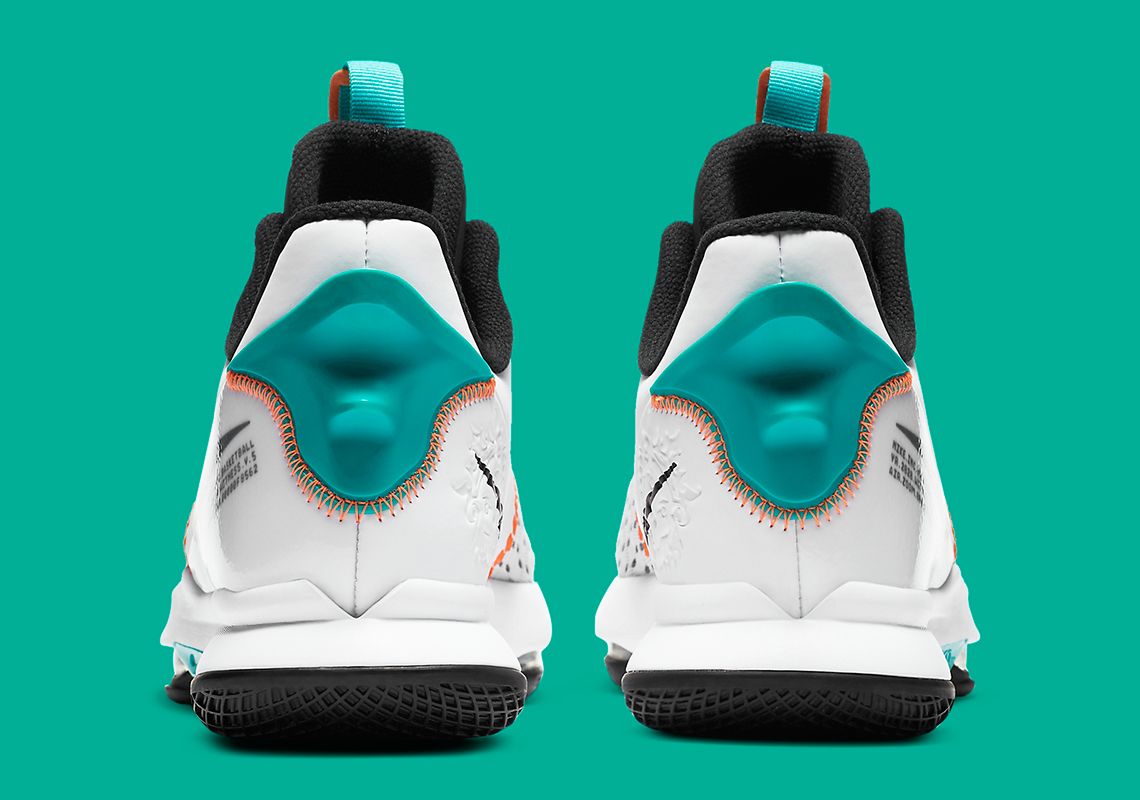 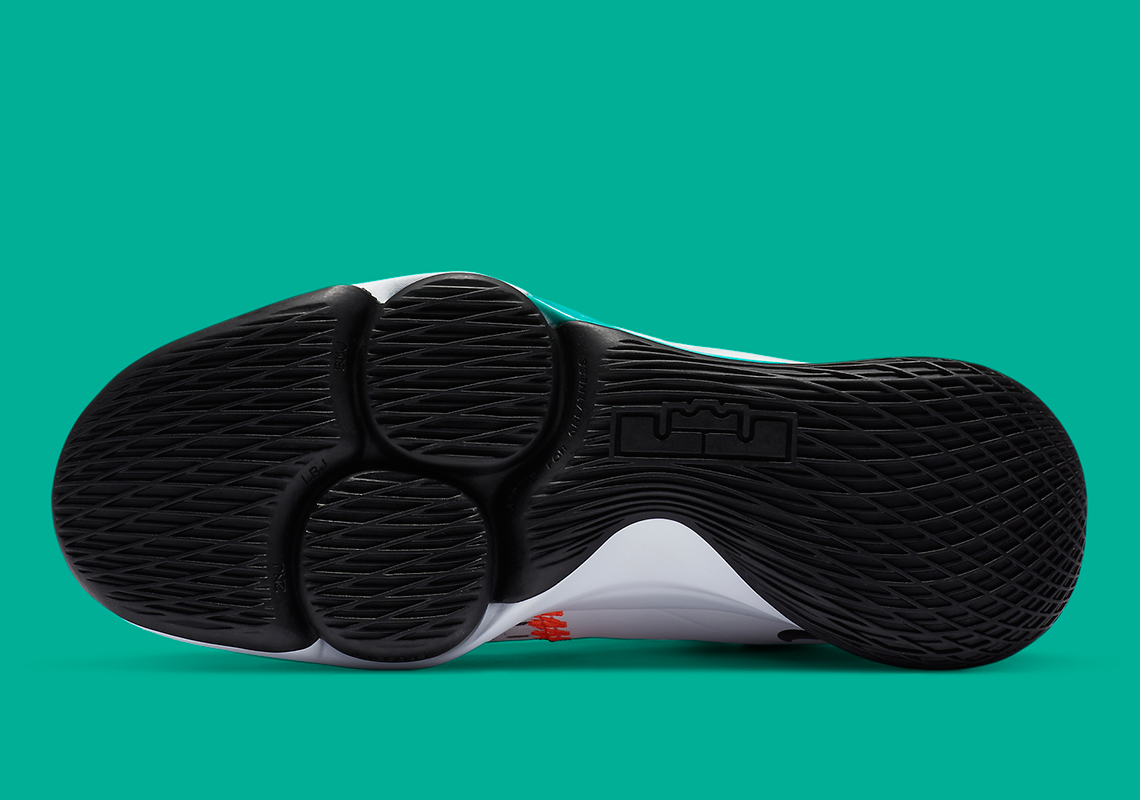 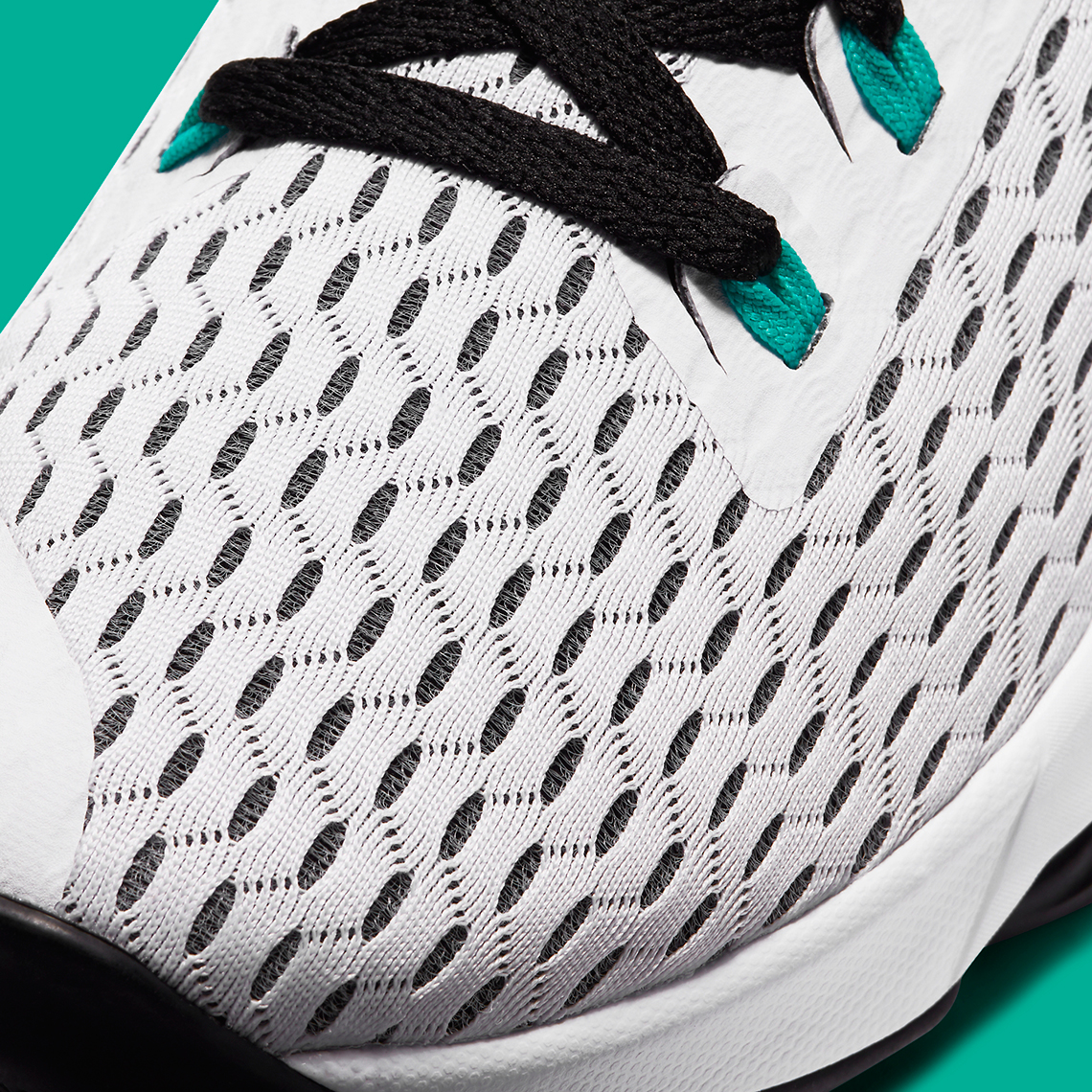 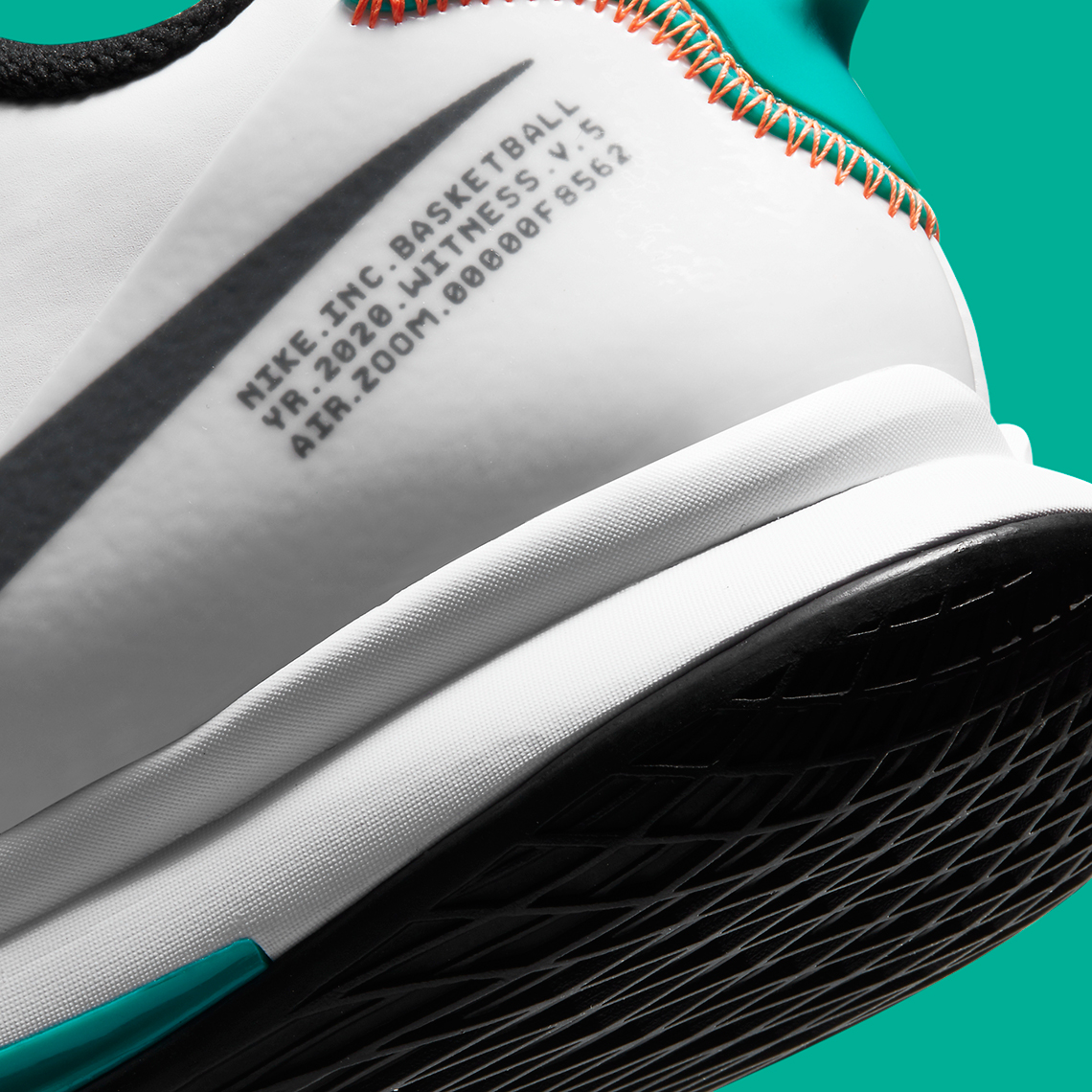