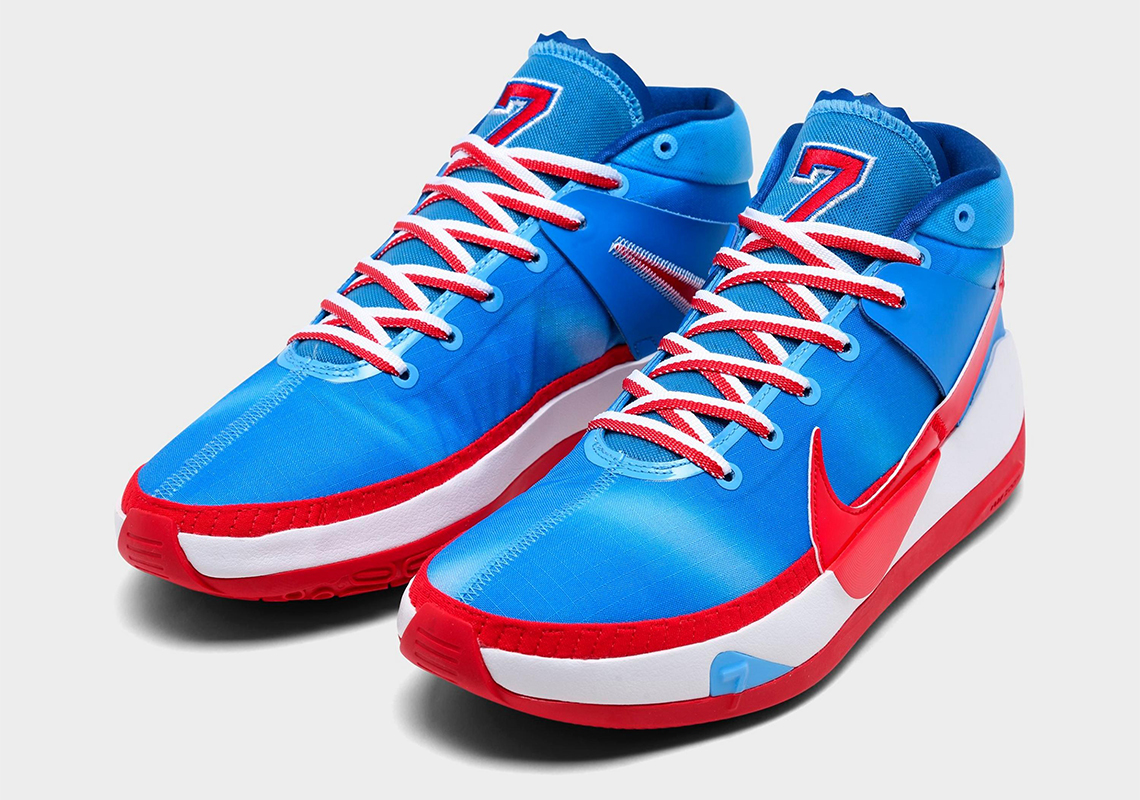 Joining the recently unveiled Classic Edition jerseys unveiled by the Brooklyn Nets is a KD 13 colorway made for its star player Kevin Durant. Lasting for just one season – ’90-’91 to be exact – the tie-dye pattern made a surprise return as one of the various uniform options to be worn by the Brooklyn franchise. This KD 13 features the same streaky blue/white print on the upper, with the bold red appearing on the Swoosh, ribboned laces, and embroidered jersey number on the tongue. Unsurprisingly, there will be a similar option for Kyrie Irving via the Kyrie Low 3, and a lifestyle selection in the form of the Blazer Mid ’77. A release date is not yet known, but we suspect an arrival sometime in the coming weeks as the NBA gears up for a potential Christmas Day tip-off for the ’20-’21 season.

In other Nike Basketball news, Kyrie Irving’s Nike Kyrie 7 has been officially unveiled. 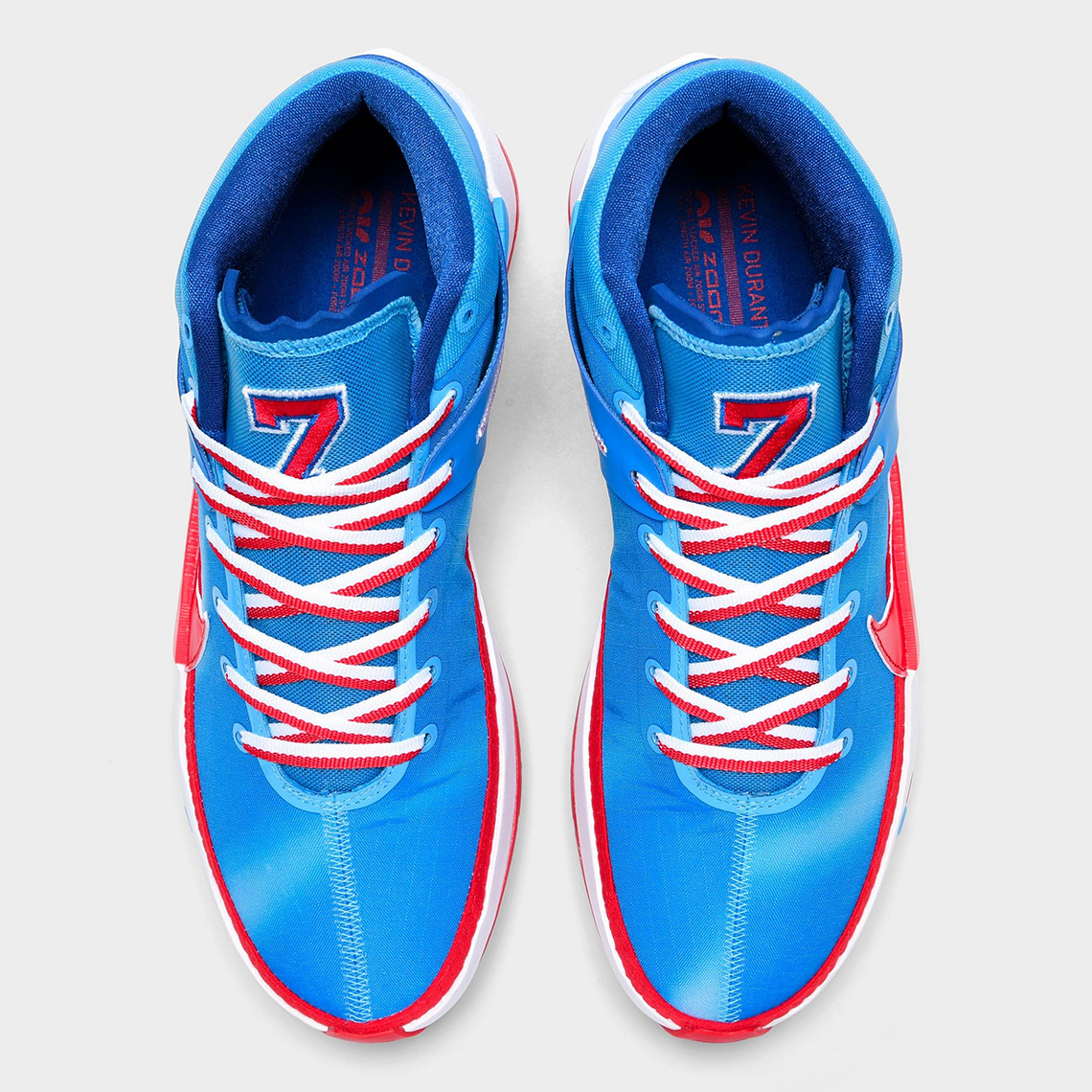 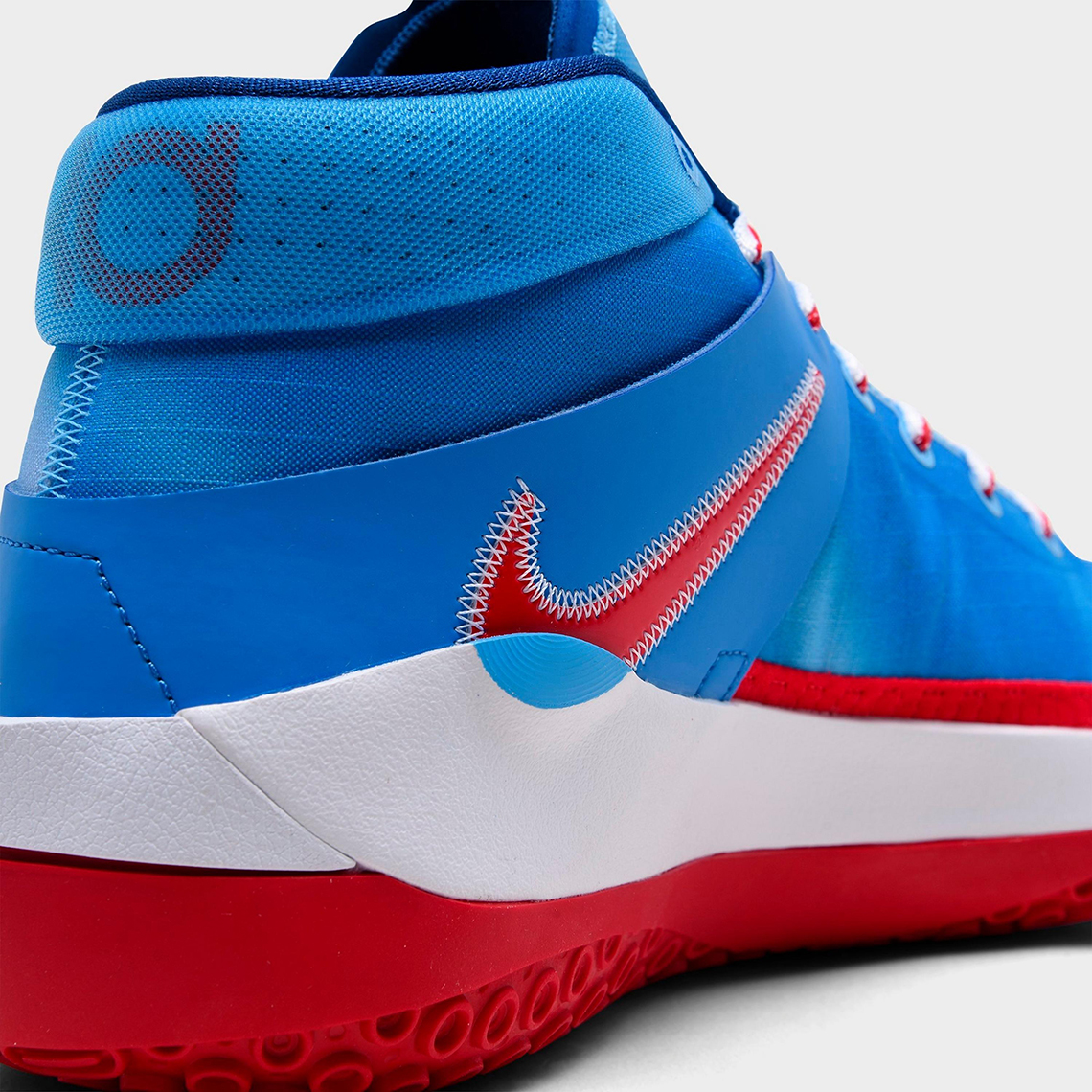