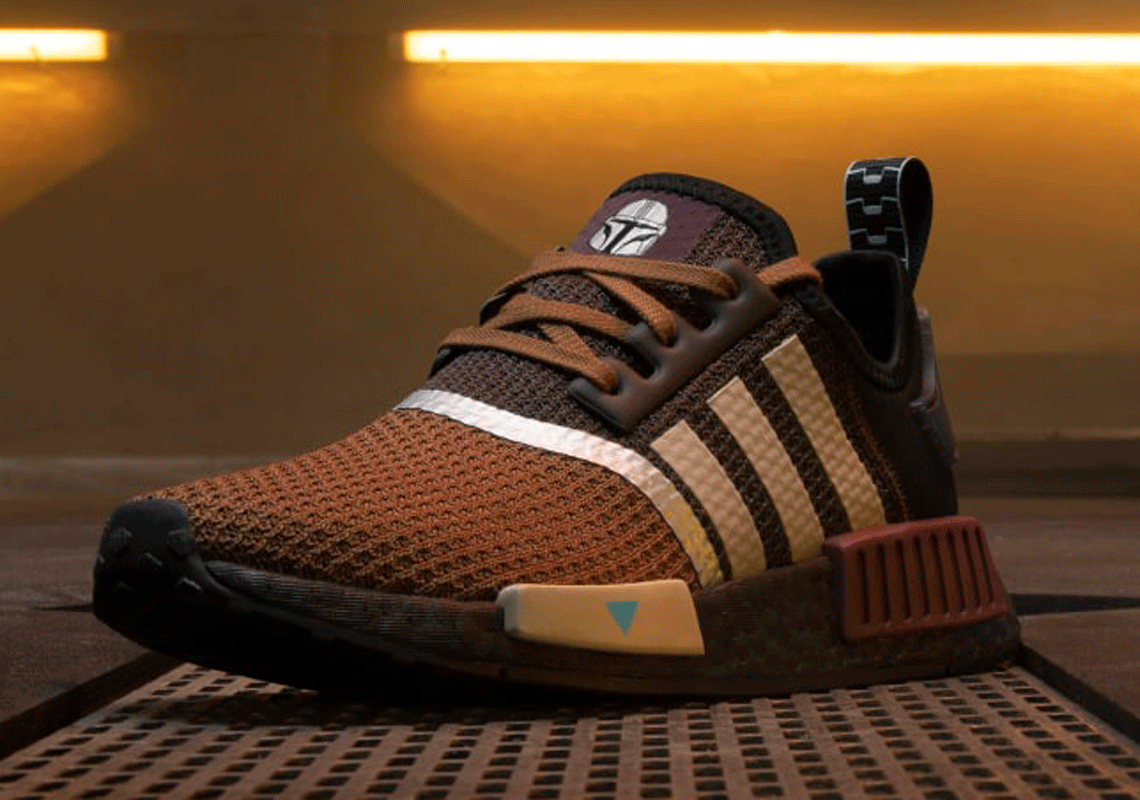 The Mandalorian Gets His Own adidas NMD R1

It’s almost been a year since the world fell in love with (and memed) Baby Yoda, or, as he’s officially referred to in Star Wars‘ “The Mandalorian,” The Child. And ahead of the show’s season two premiere on Disney+ (October 30th), adidas has unveiled an NMD R1 inspired by the Jon Favreau-directed universe.

Clad in “Brown/Pale Nude/Maroon,” the BOOST-cushioned silhouette is unmistakably reminiscent of Mando’s garbs. The silver, reflective accents throughout the Primeknit upper nod to the beskar steel armor forged for the bounty hunter after a few successful missions. The Mandalorian’s helmet is stamped onto the tongue label, replacing traditional Three Stripes branding; sockliners further draw from the hit Space Western, as they depict a scene with Din Djarin and The Child. Underfoot, sole units are complemented with EVA plugs rooted in the hues of the helmed hunter’s wardrobe, while midsole and outsole are dipped in black.

This NMD inspired by “The Mandalorian” arrives on November 4th in Grade School sizing, although pairs for adults may also hit adidas.com on release date. In ay case, enjoy official images of the pair here below.

Elsewhere under the Three Stripes umbrella, the Yeezy 350 “Fade” launches on November 11th. 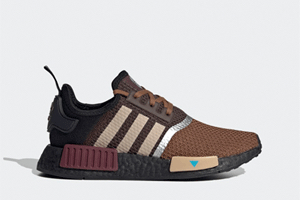 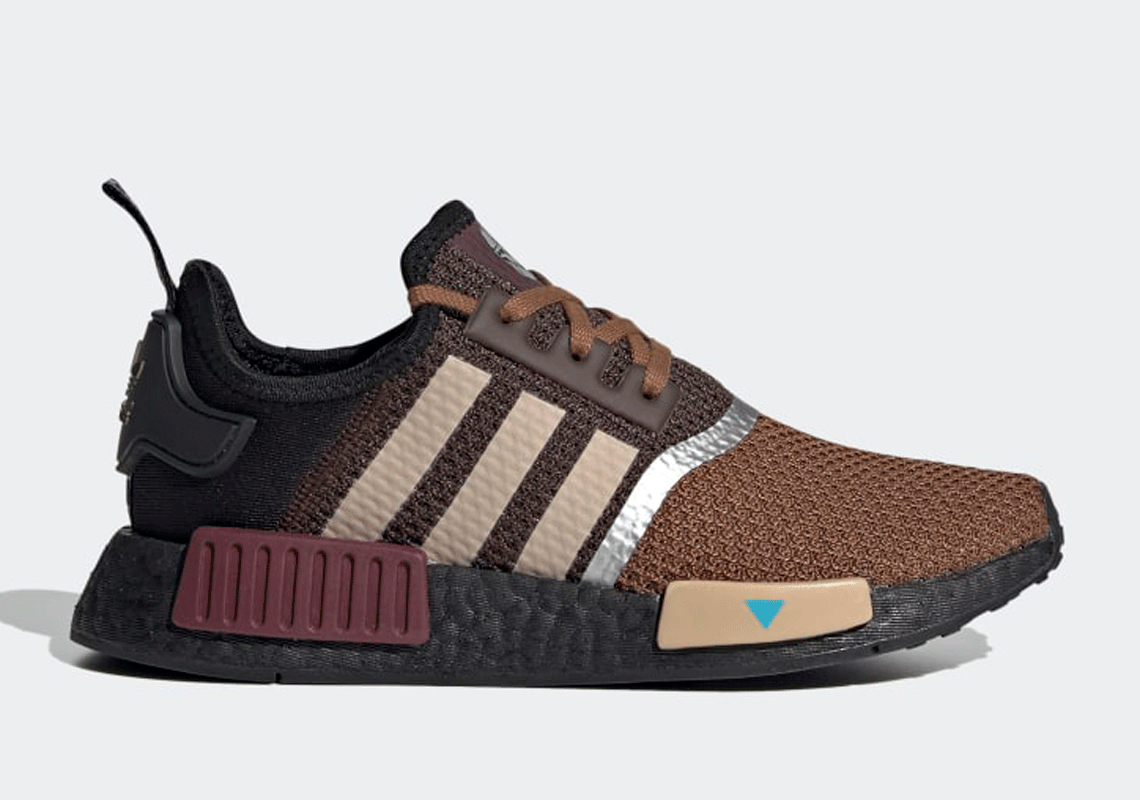 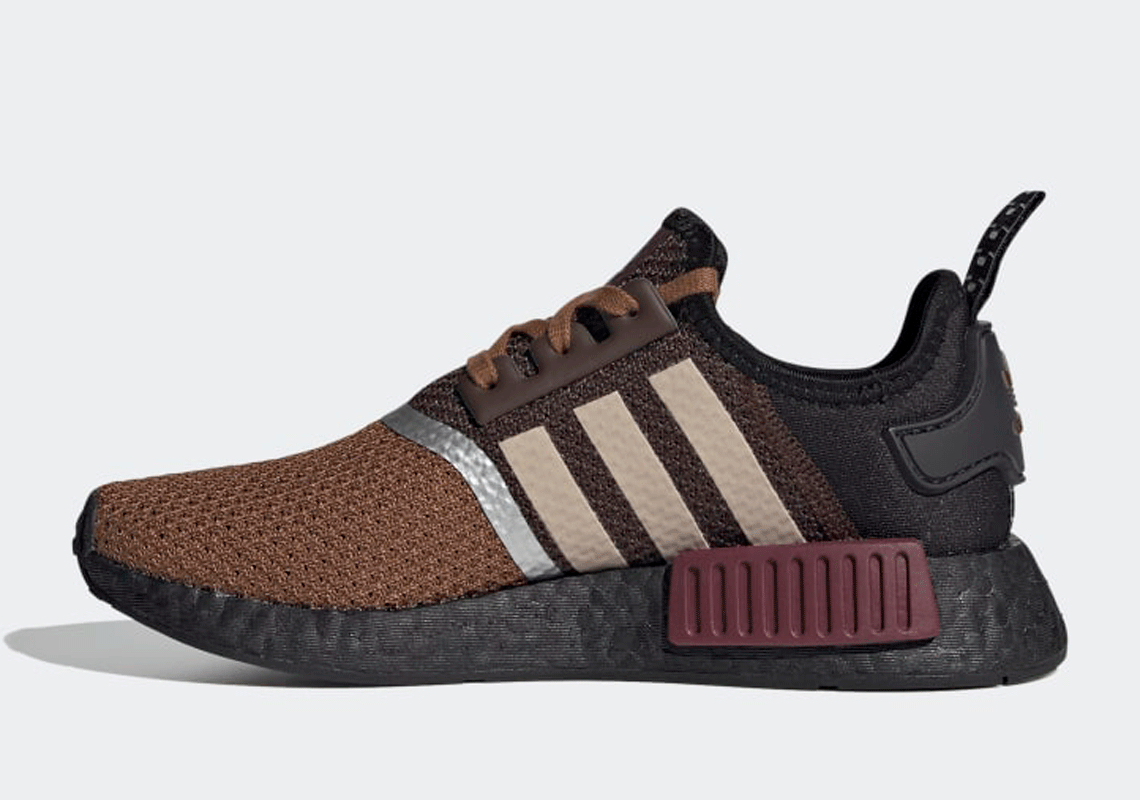 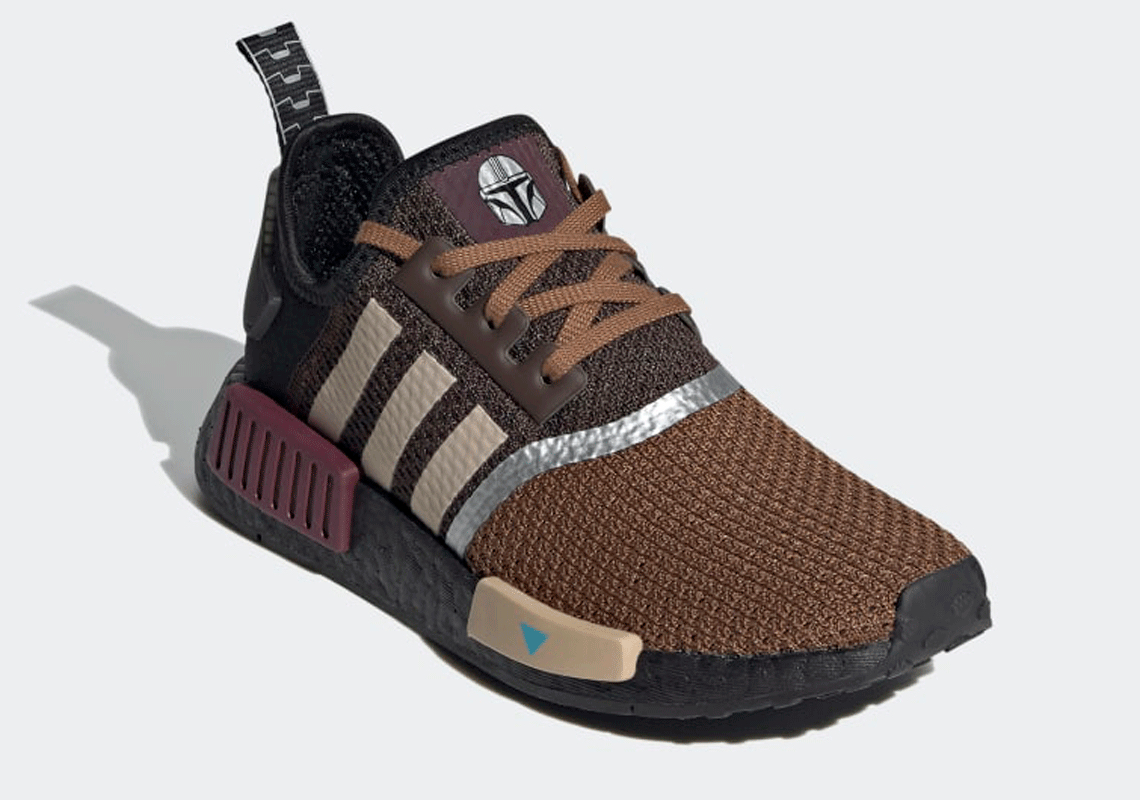 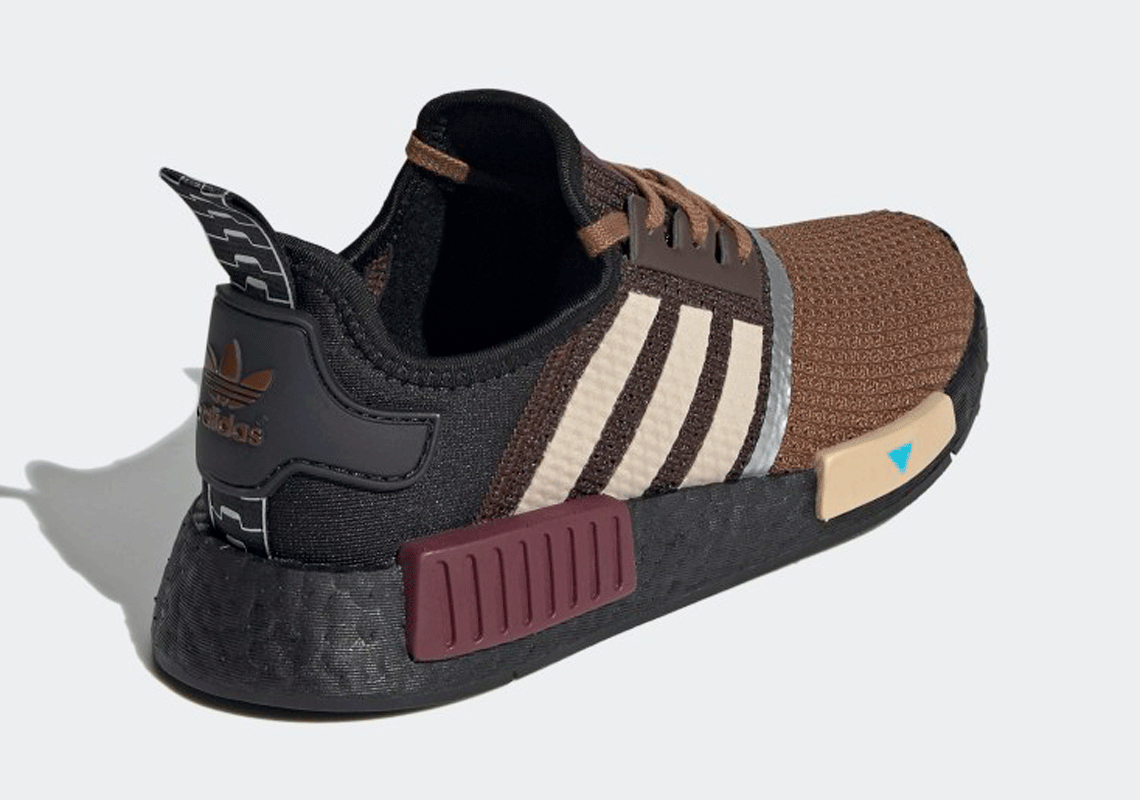 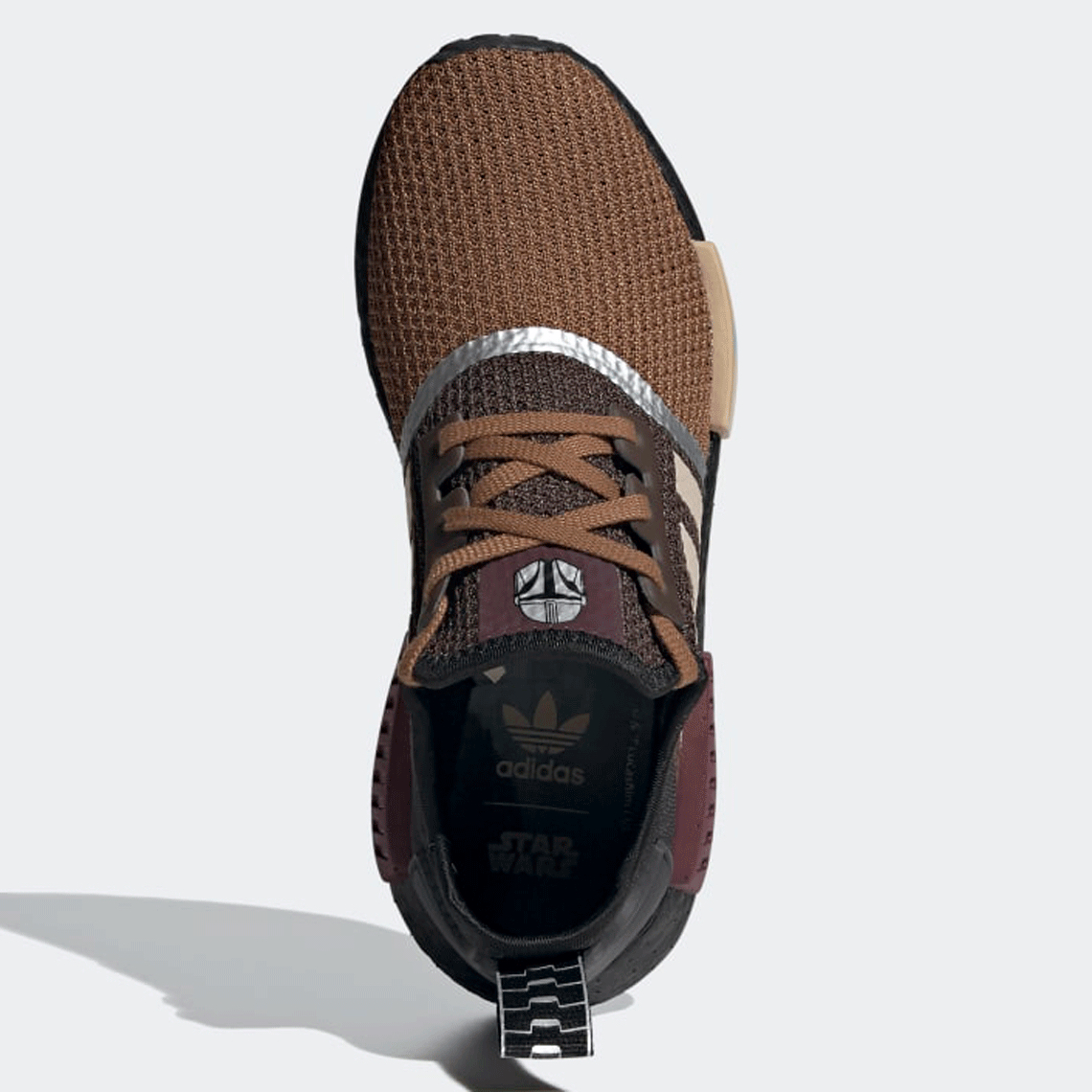 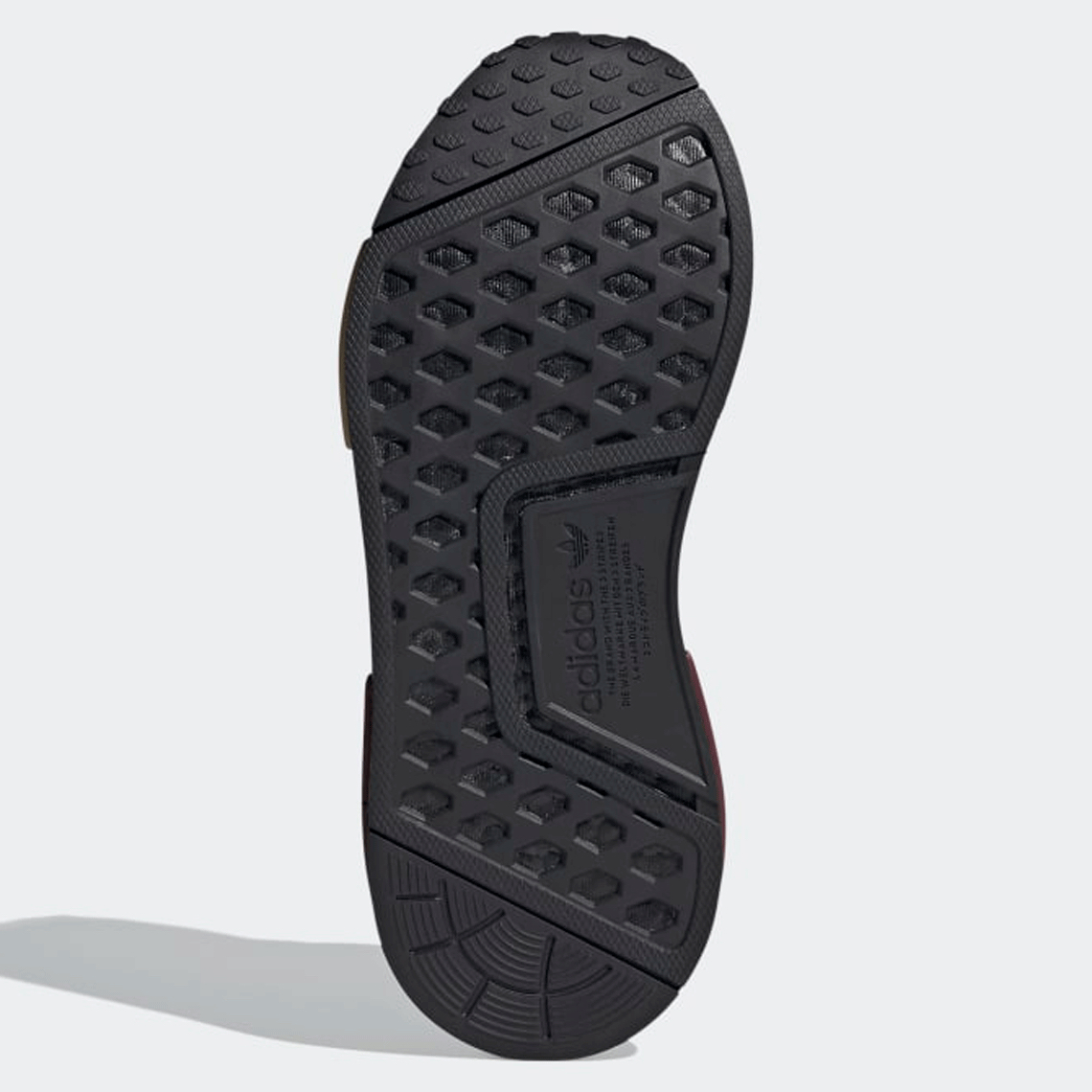 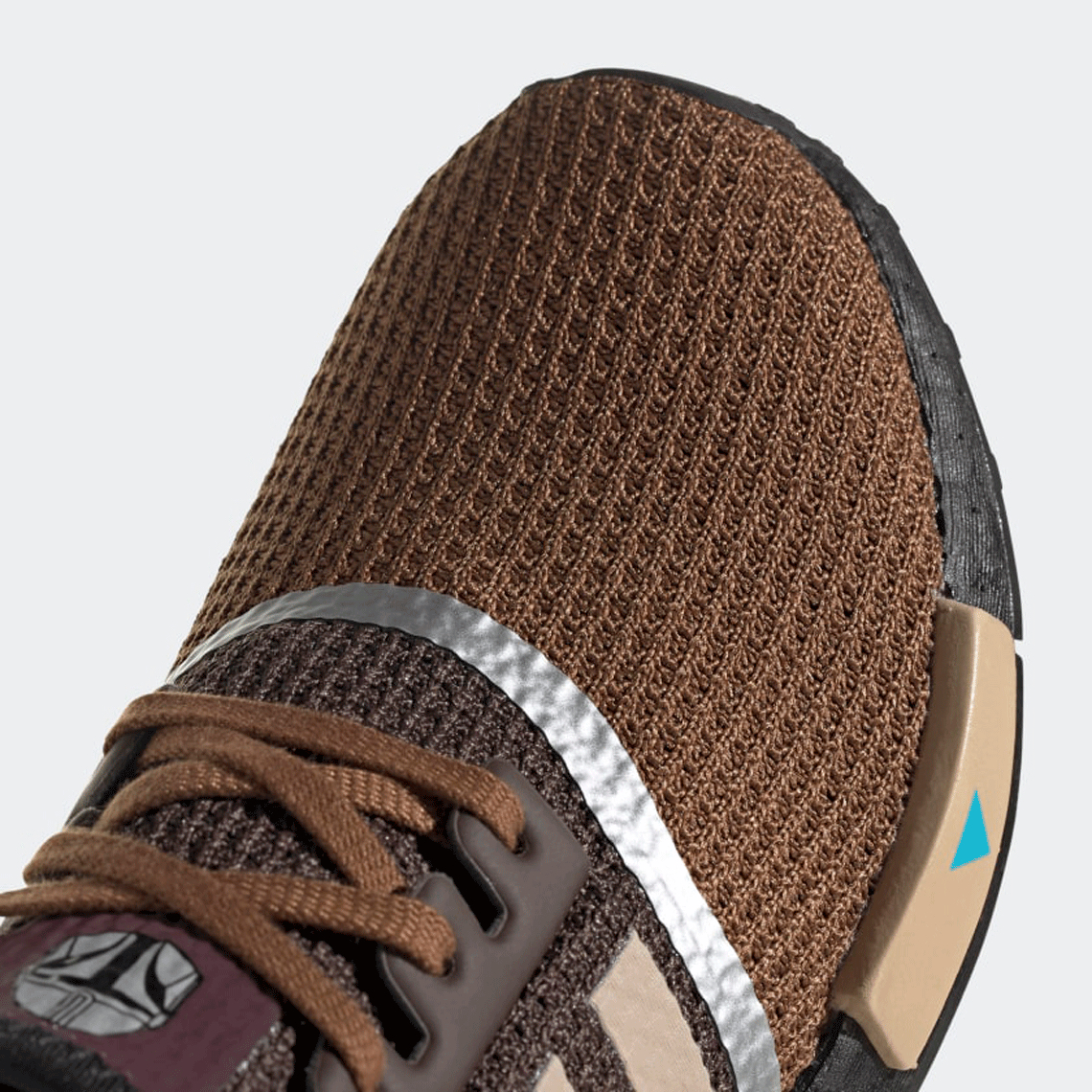 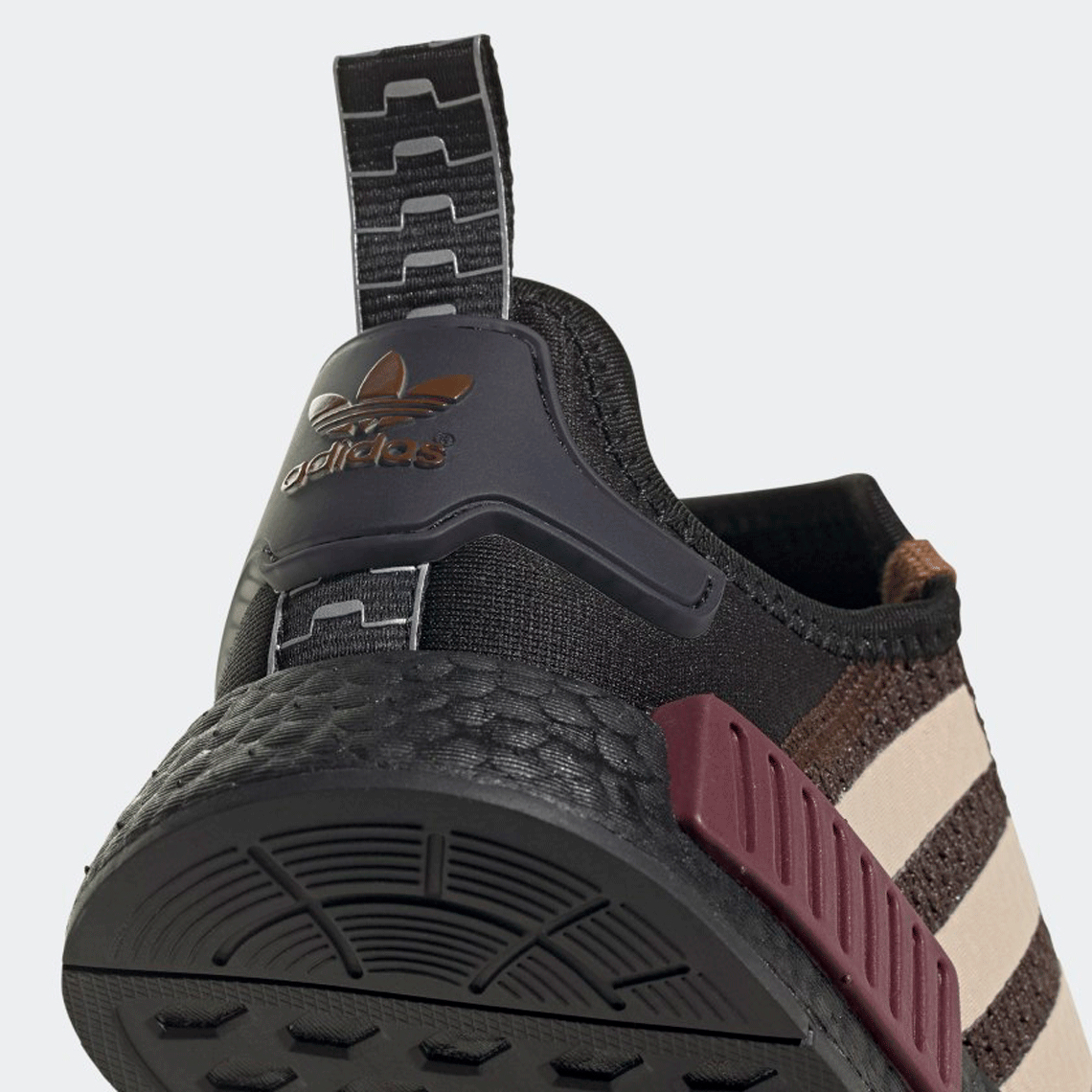