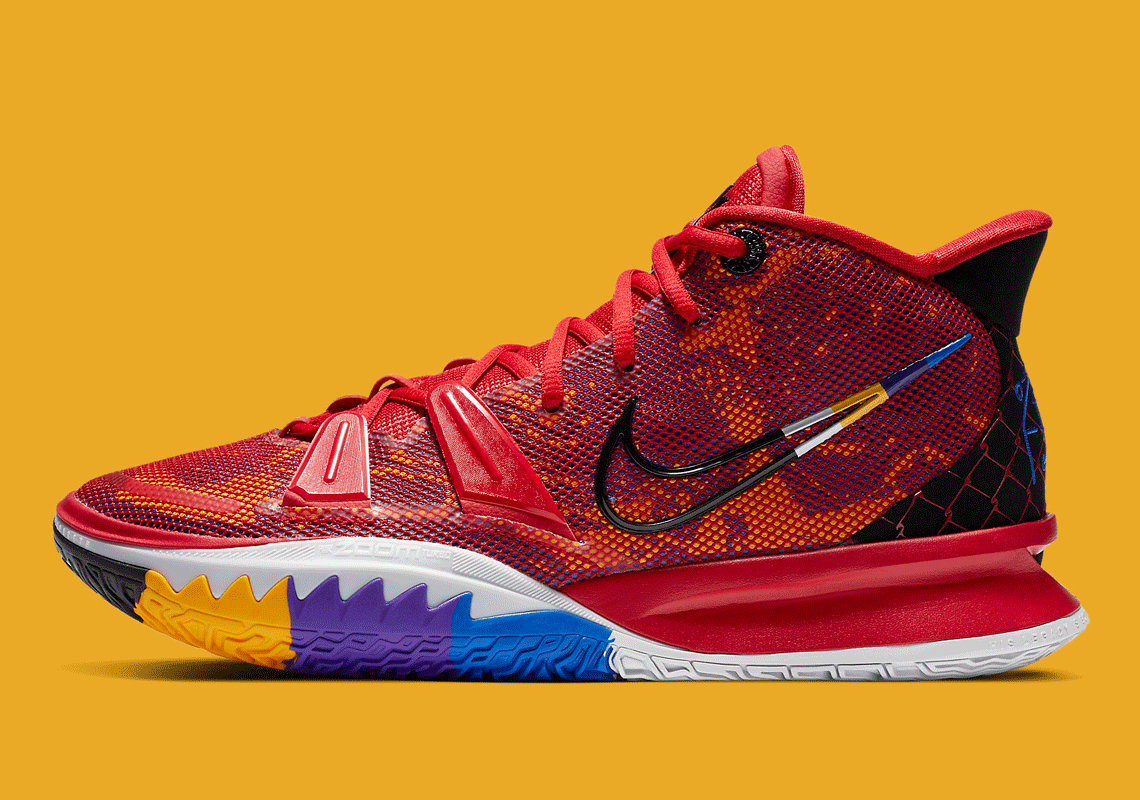 Without the game of basketball, Kyrie Irving surely would’ve made a name for himself utilizing his charisma and strong will. As a nod to the game that’s made him an internationally recognizable figure, the 28-year-old is outfitting one of the Nike Kyrie 7‘s inaugural colorways in an arrangement inspired by his favorite sports teams and personnel.

Although born in Melbourne, Victoria, Australia, Irving called New Jersey “home” from age two until leaving for Duke University in 2010. Therefore, the Nets’ time in the Garden State inspired the rich red that takes over most of the pair’s composite textile upper. Hits of black, purple and gold, which appear most prominently on the data-driven outsole, nod to the late “Black Mamba,” Kobe Bryant, and his beloved Los Angeles Lakers squad, two entities for whom Irving had great respect and from whom he sought mentorship. An adjacent rich blue hue commemorates the guard’s stint at Duke University under Coach Michael Krzyzewski; like the aforementioned hues, the Blue Devil’s signature tone appears on the profile swooshes, however, it also animates the hand-drawn play on the heel depicting Irving’s game-winning championship shot from 2016. A chain-reminiscent pattern at the rear ostensibly doesn’t nod to a specific sports team, but it evokes the urban proving grounds that Uncle Drew and countless others have used to make names for themselves.

Enjoy official images of this colorful Kyrie 7 here below, and expect pairs to hit Nike SNKRS on November 11th via a “Mystery Box” method (members won’t know which of the four inaugural colorways they’ll be purchasing).

For more from Nike Basketball, the LeBron 18 “Los Angeles By Day” arrives on November 6th. 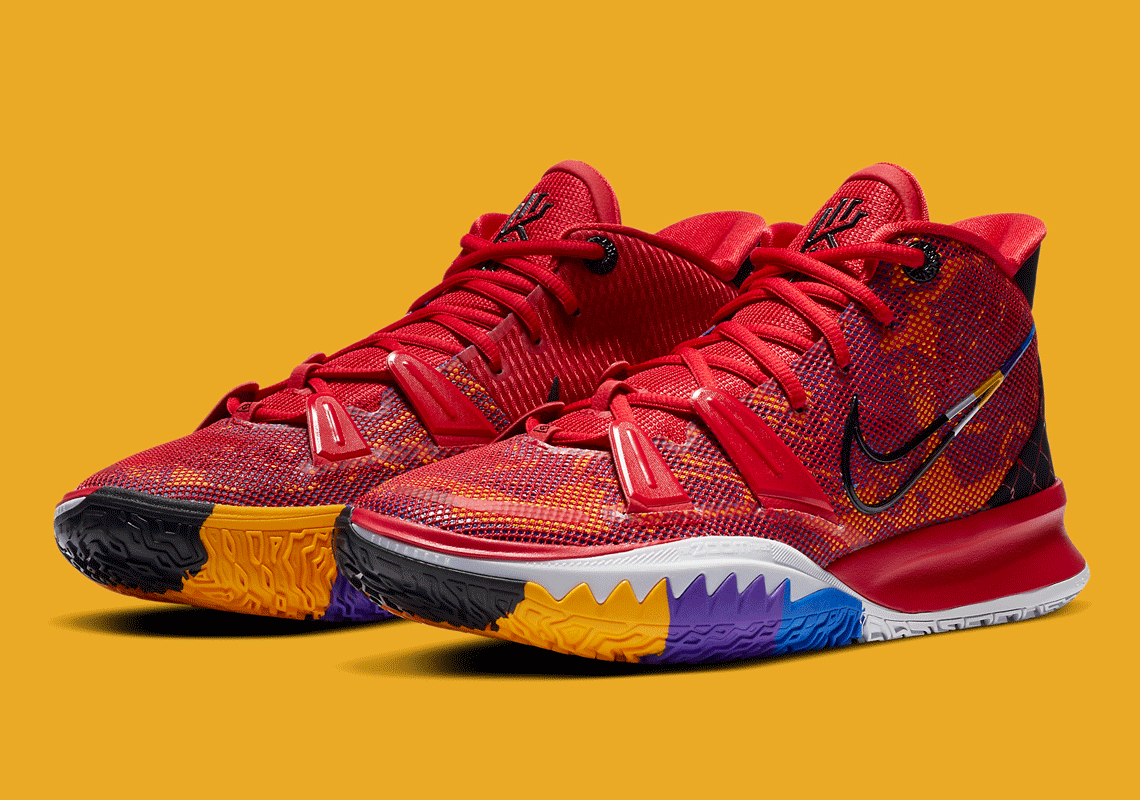 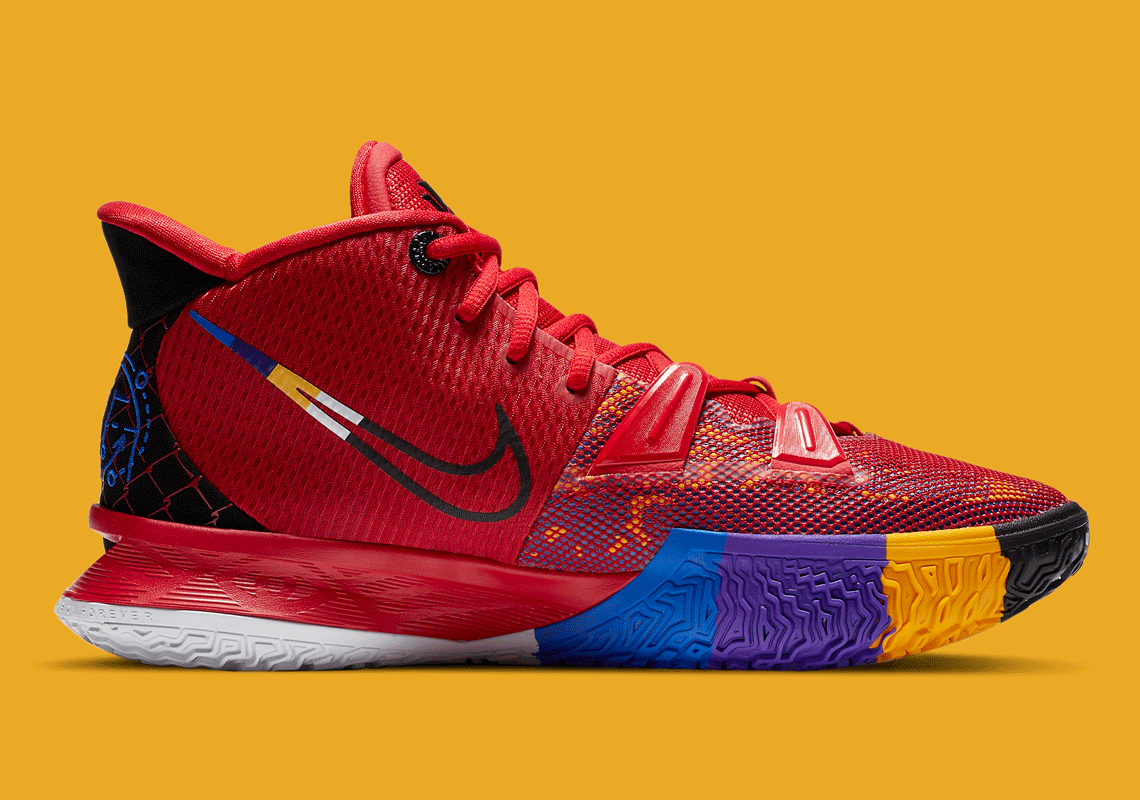 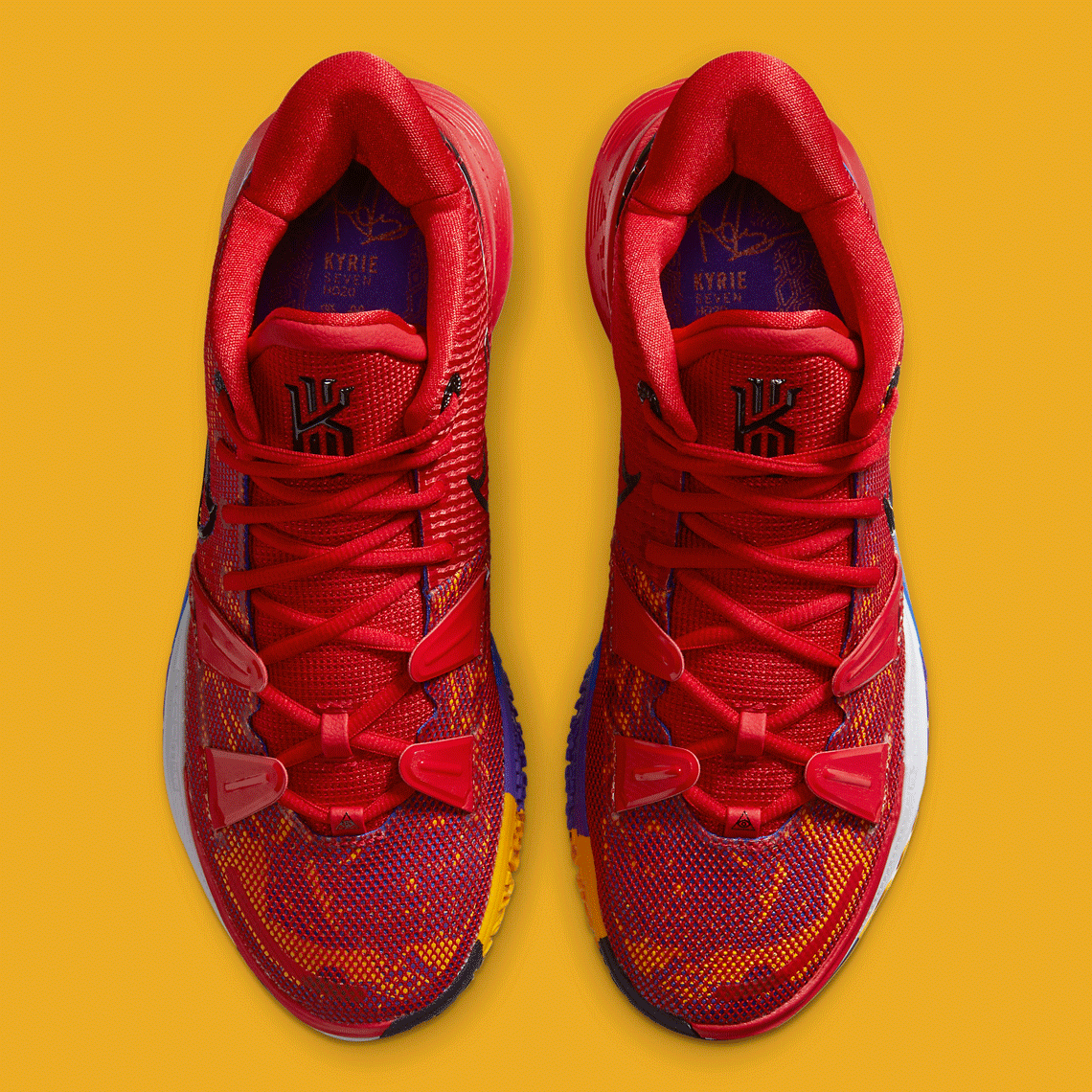 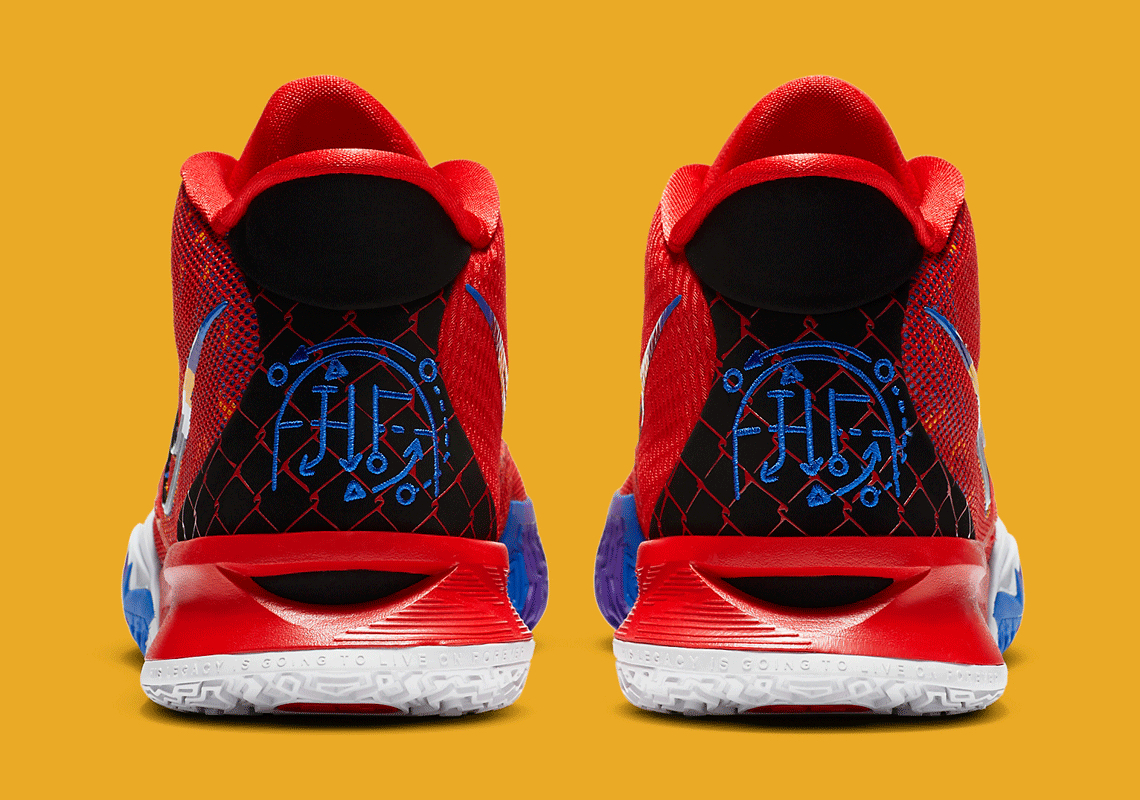 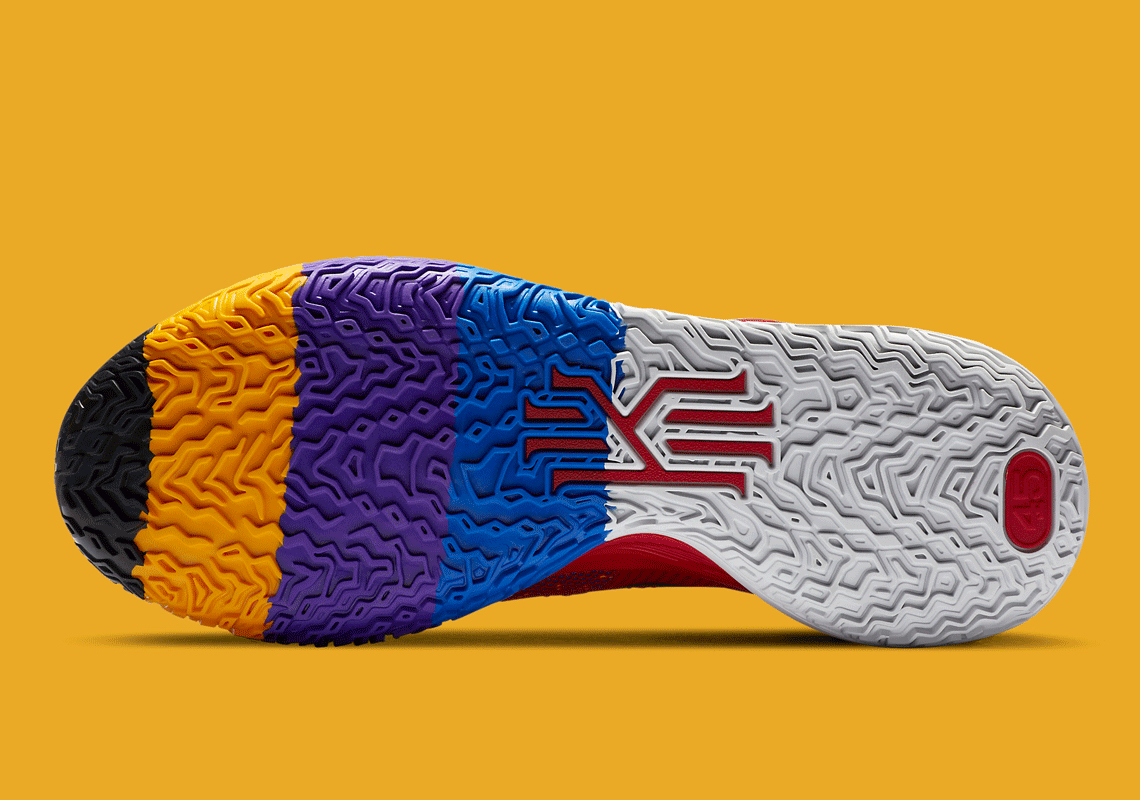 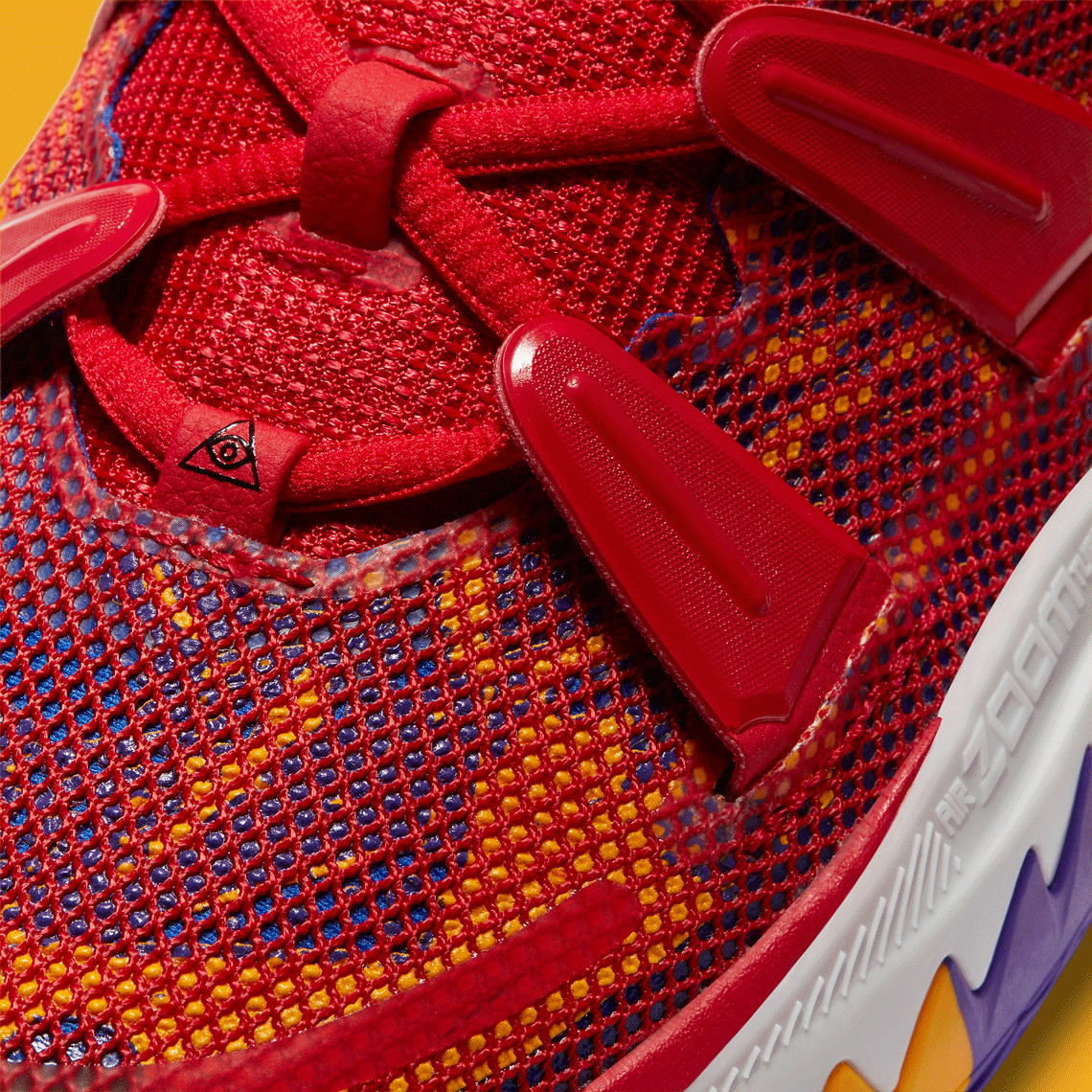 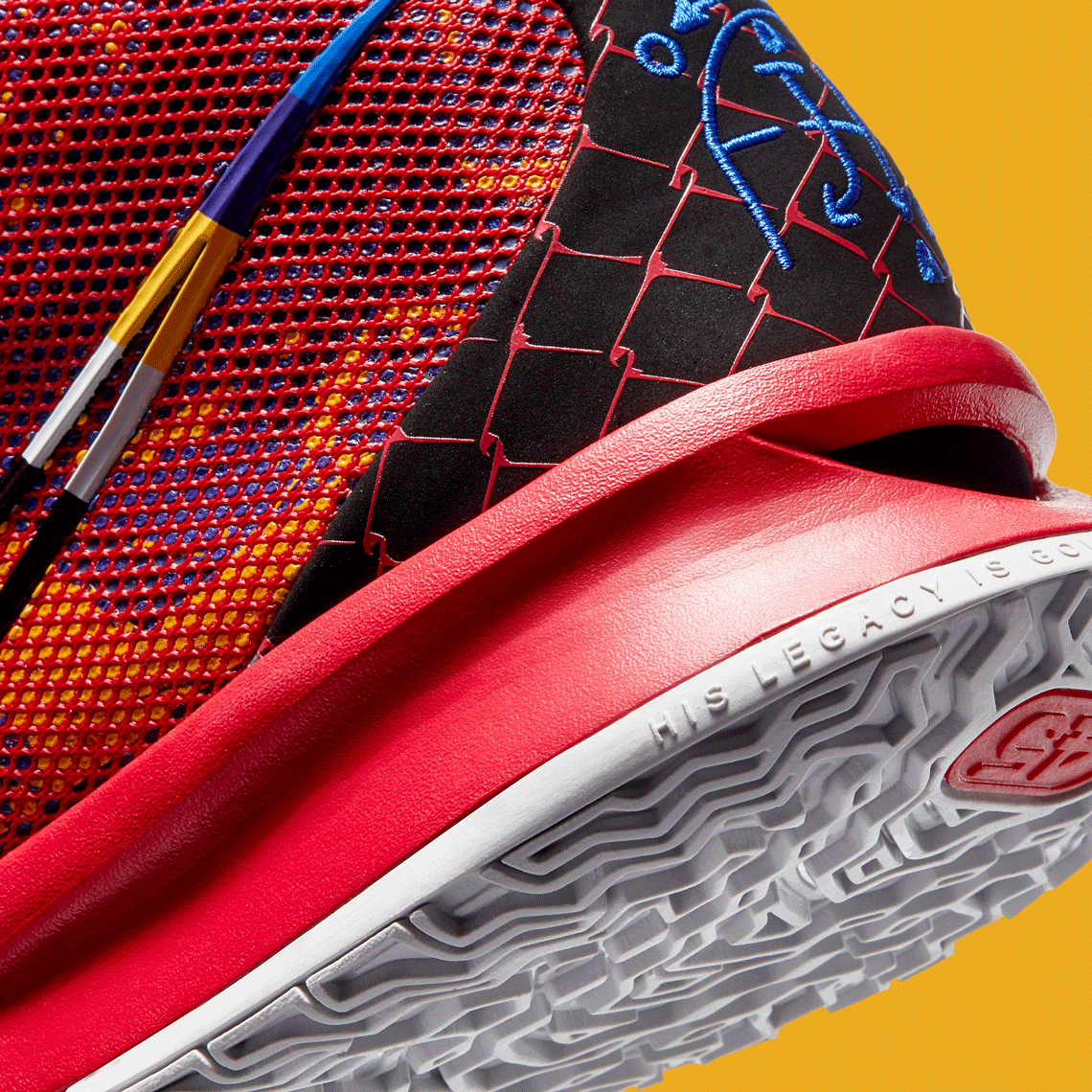 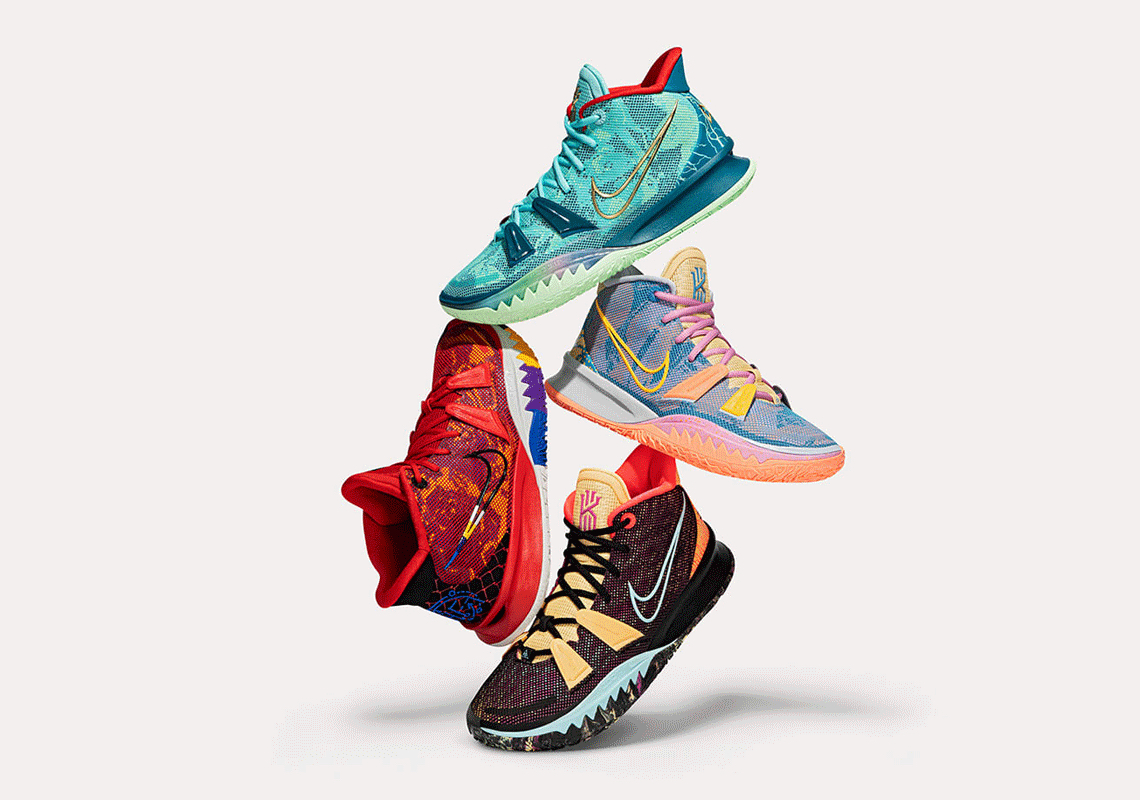