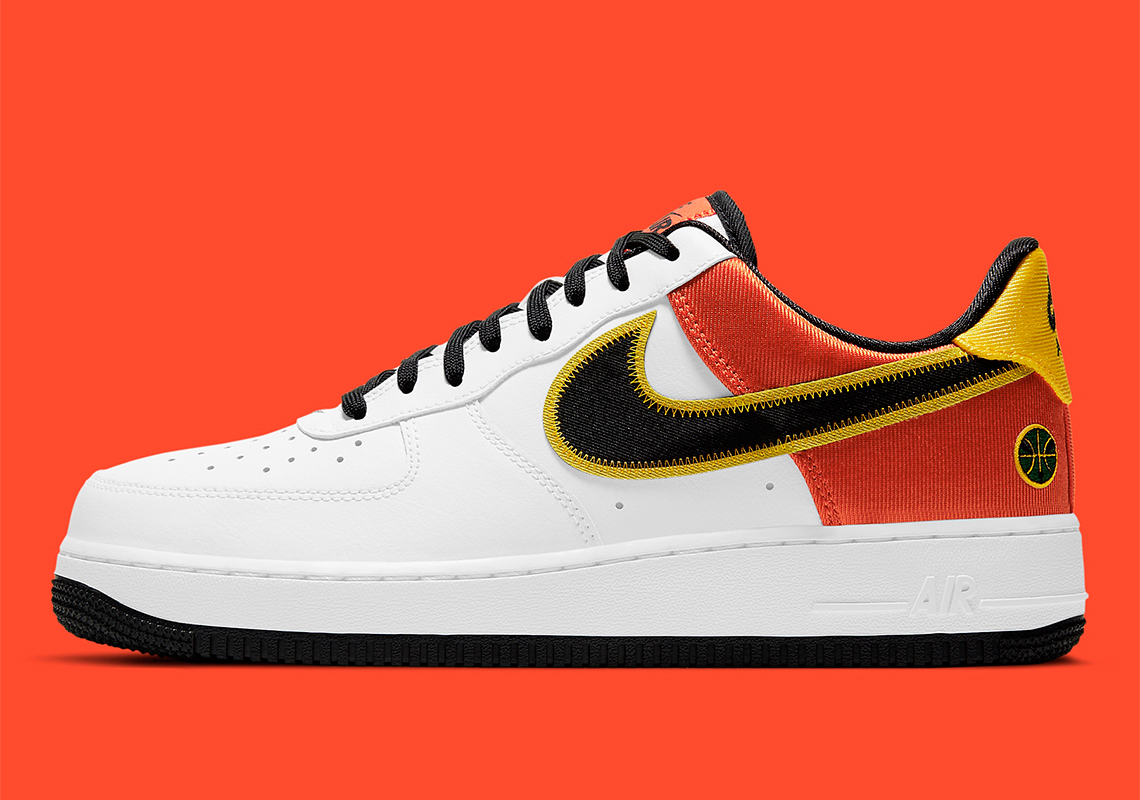 The Roswell Rayguns, a fictional team assembled by Nike Basketball that hosted a roster of NBA greats such as Vince Carter, Dirk Nowitzki, Steve Nash, Paul Pierce among others, has served as important piece of inspiration within the Swoosh’s line of footwear. Championed by the Nike SB Dunk Lows which were first released in 2005 and later reimagined with tie-dye pattern in December 2019, the Raygun theme has made its resurgence in recent memory thanks to NBA athlete Kyrie Irving who has incorporated its signature orange and yellow accents into his kicks, and now it’s set to make its way towards the Nike Sportswear division to outfit the Air Force 1 Low.

Influenced from the squad’s away uniforms, this upcoming iteration is executed with that of smooth white leathers on the forefoot, and complemented with “Orange Flash” overlays latched onto the heels with satin finishes. Raygun insignias are still placed atop the lateral heels, but this variation solely uses the alien-colored basketball head logo instead of the traditional full body silhouette. In terms of additional decor, blasts of “Amarillo” hits touch onto the Swoosh broders, heel panels, and insoles which print out the shoe’s nickname atop the left foot. Peep a further look right here, and find these dropping likely within the coming weeks on Nike.com for $120 USD. 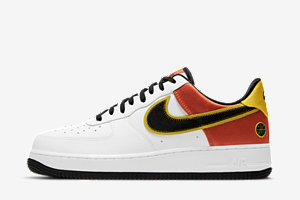 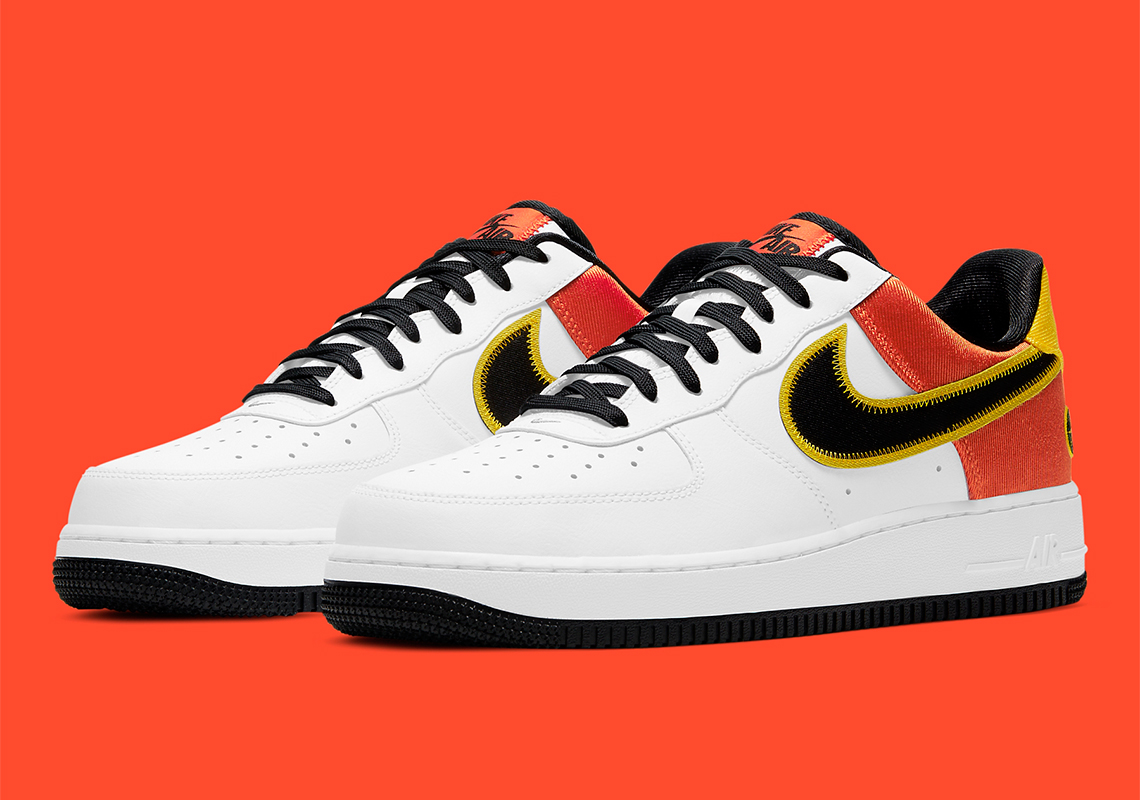 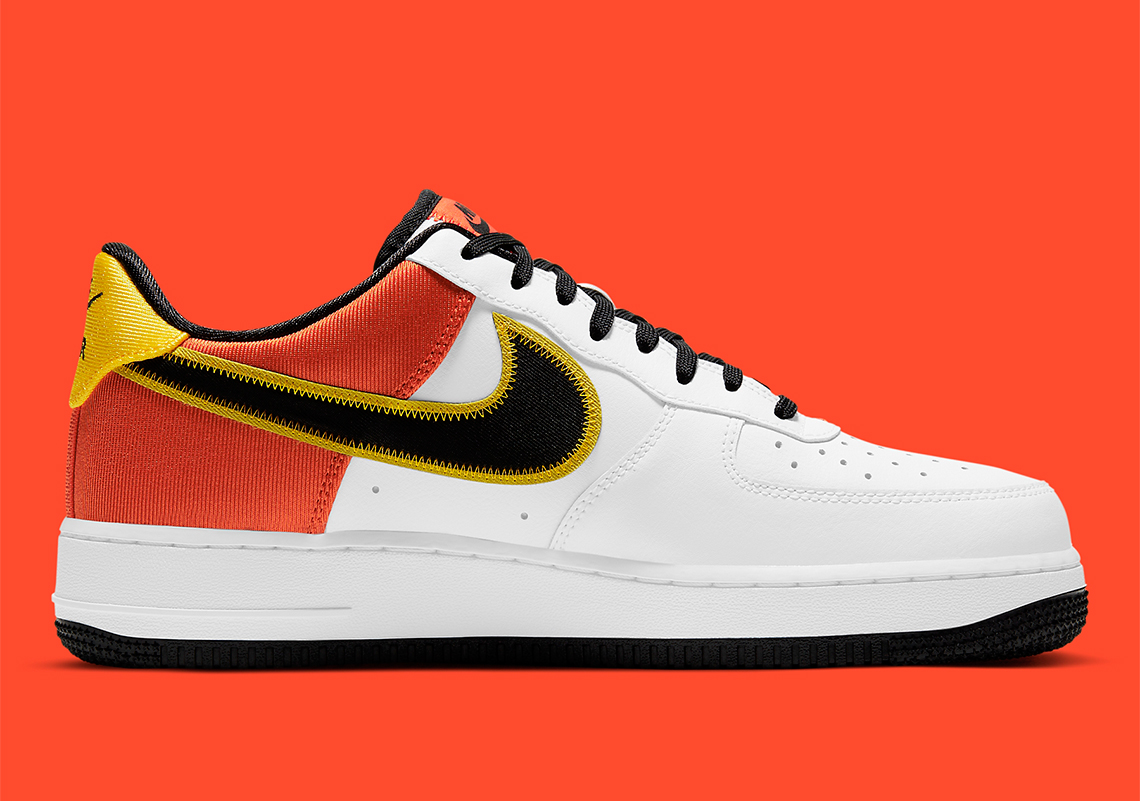 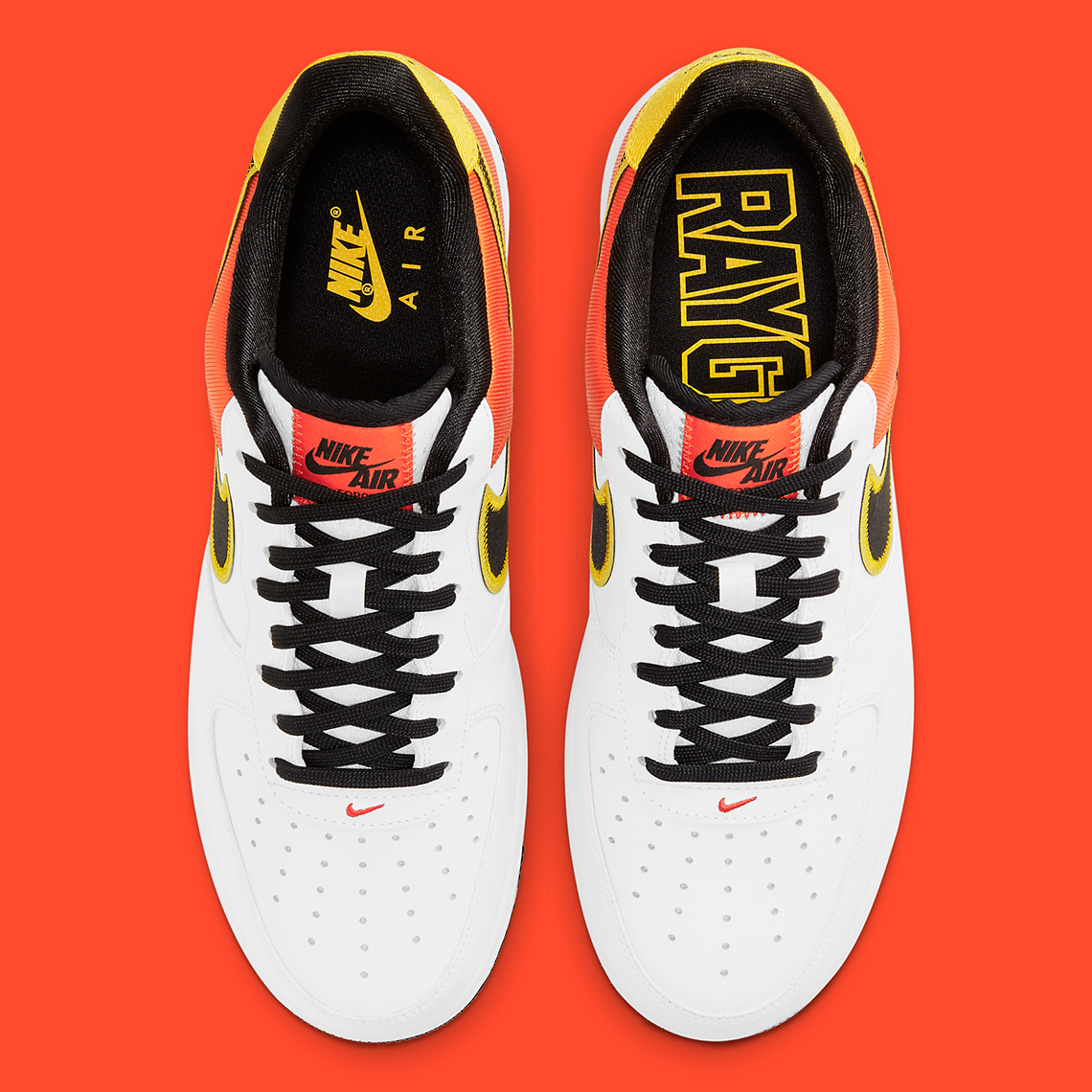 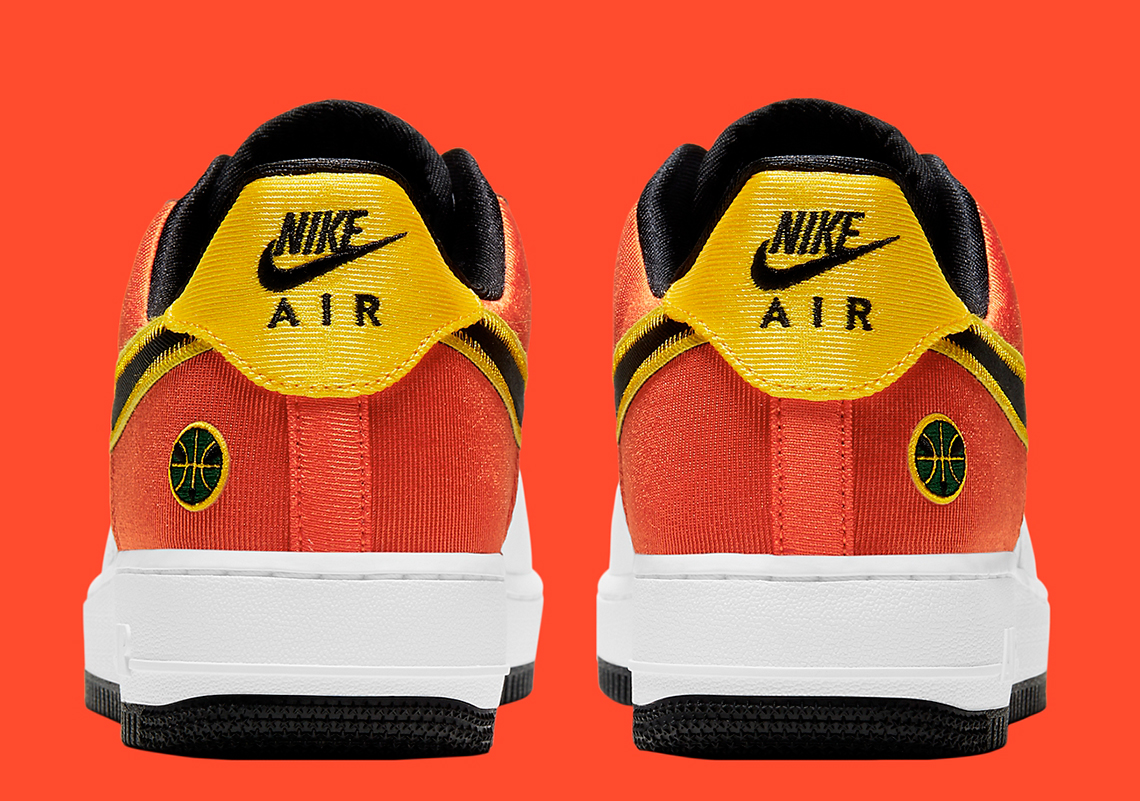 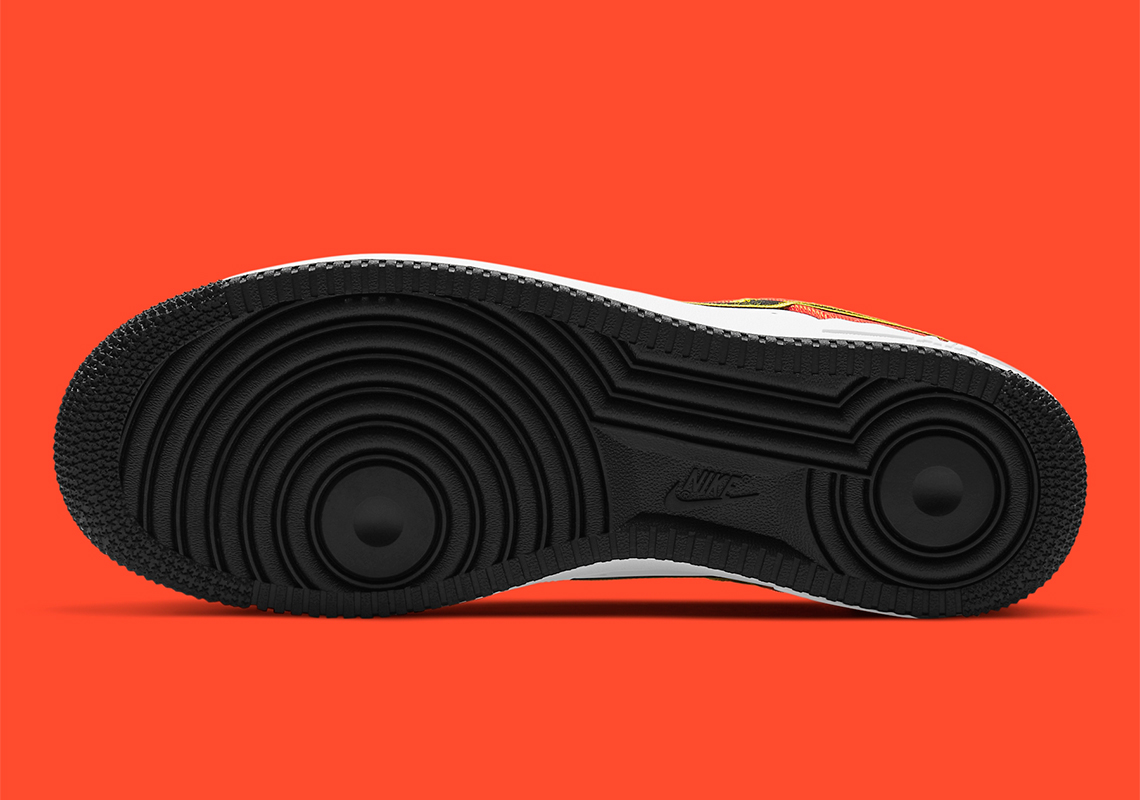 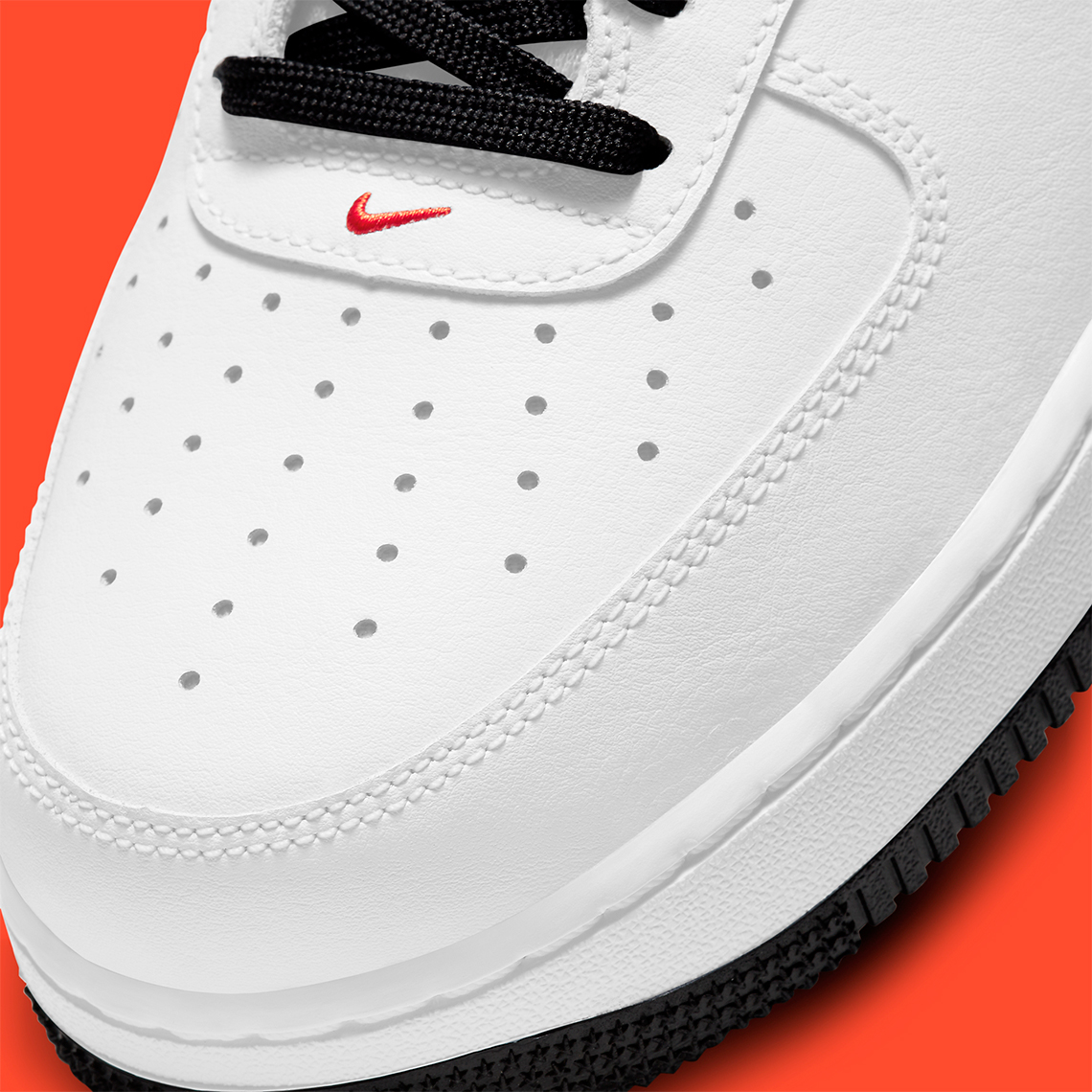 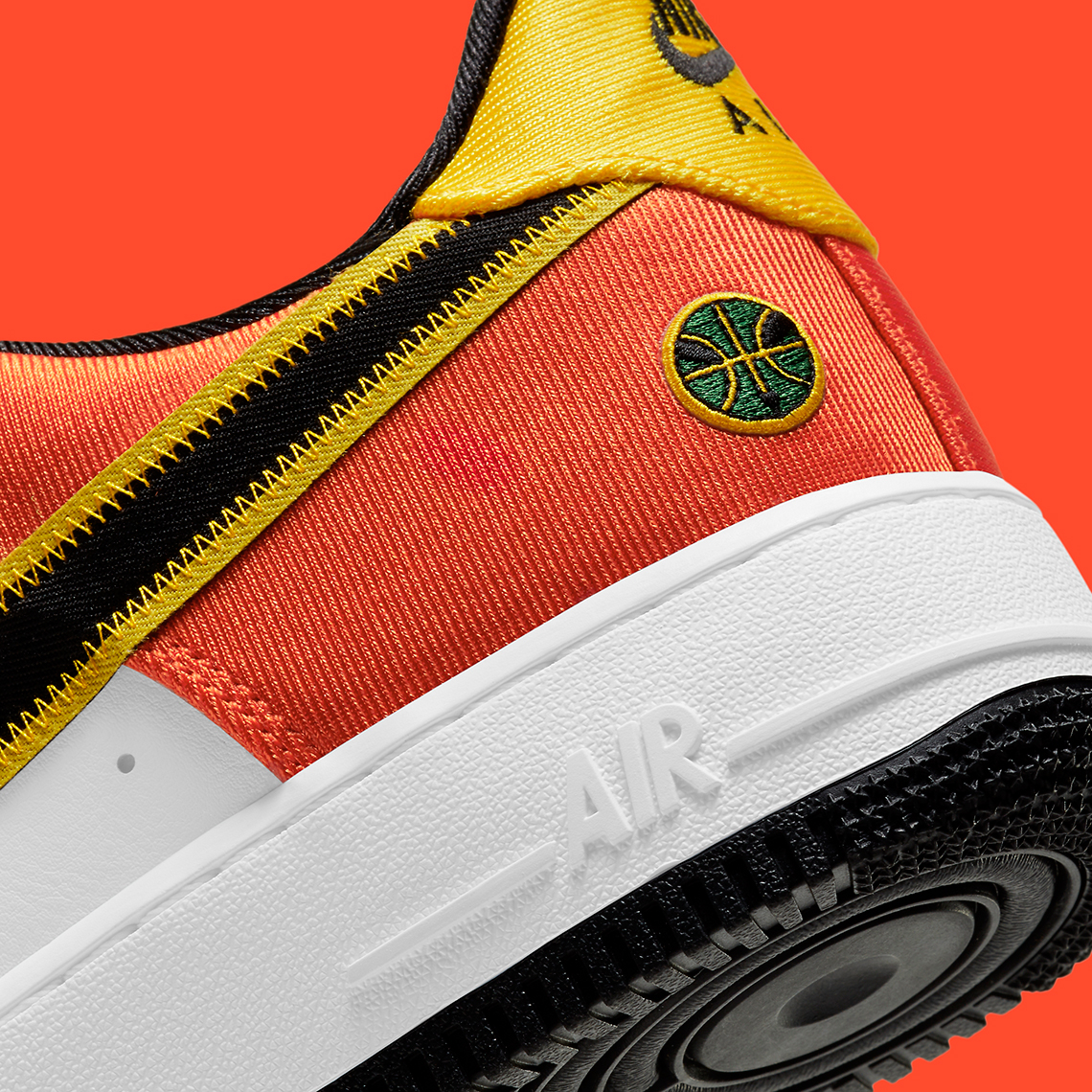