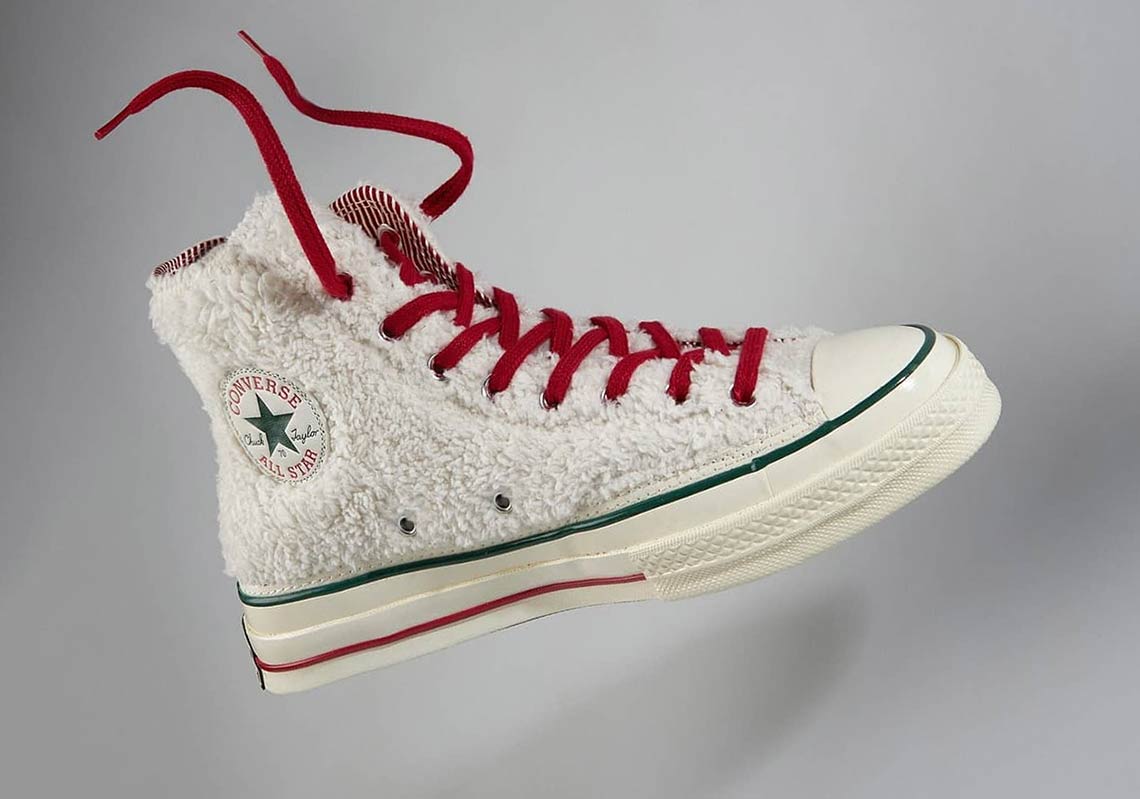 In a flash, Winter has suddenly reared its head; and though many of us are still confused as to how time seemed to blur, the entire Nike umbrella has already made preparations, releasing a strong ensemble of winterized classics. Following the mainline brand’s own Air Max 270 and 2090, the Converse Chuck 70 is upgrading for the colder weather by way of a fitted fleece outer layer.

In the way of color, the pair mimics closely the Parchment from the brand’s permanent collection. Off-white shades are worked into the sole, paired with red and green foxing stripes and the signature black heel tab. Above, the focal sherpa fleece is dyed entirely in a complementing cream, while the eyelets — which are primarily shrouded by the warming material — contrast in metallic silver. The cream laces, however, blend in quite nicely, similar to the medial’s star patch if not for the branding’s Christmas-themed palette.

Grab a detailed look at this holiday spin on the Chuck 70 here and find them available now at endclothing.com for a retail of $105. In the coming months, it’s likely we’ll also see a release at Converse.com and select retailers.

If you’re into collaborative Chucks, check out the upcoming reconstructed Brain Dead Chuck 70. 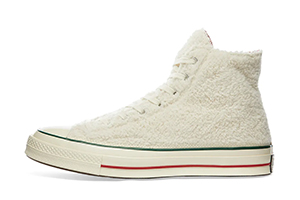 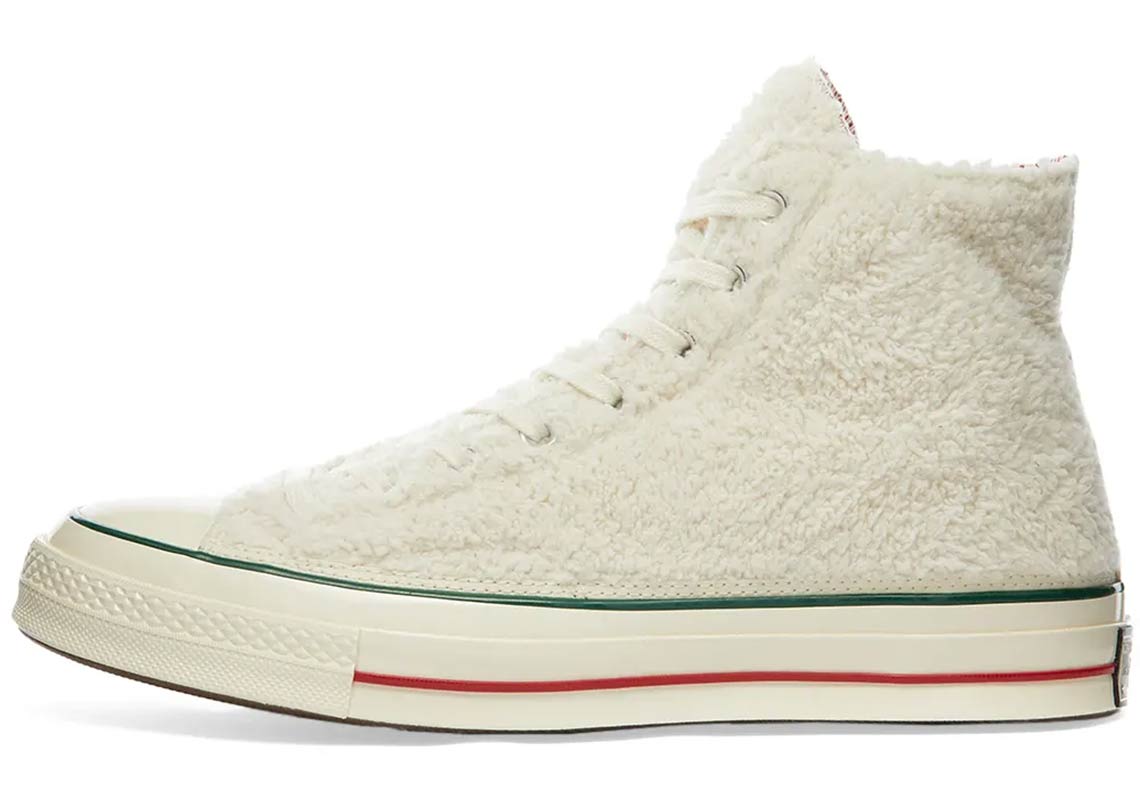 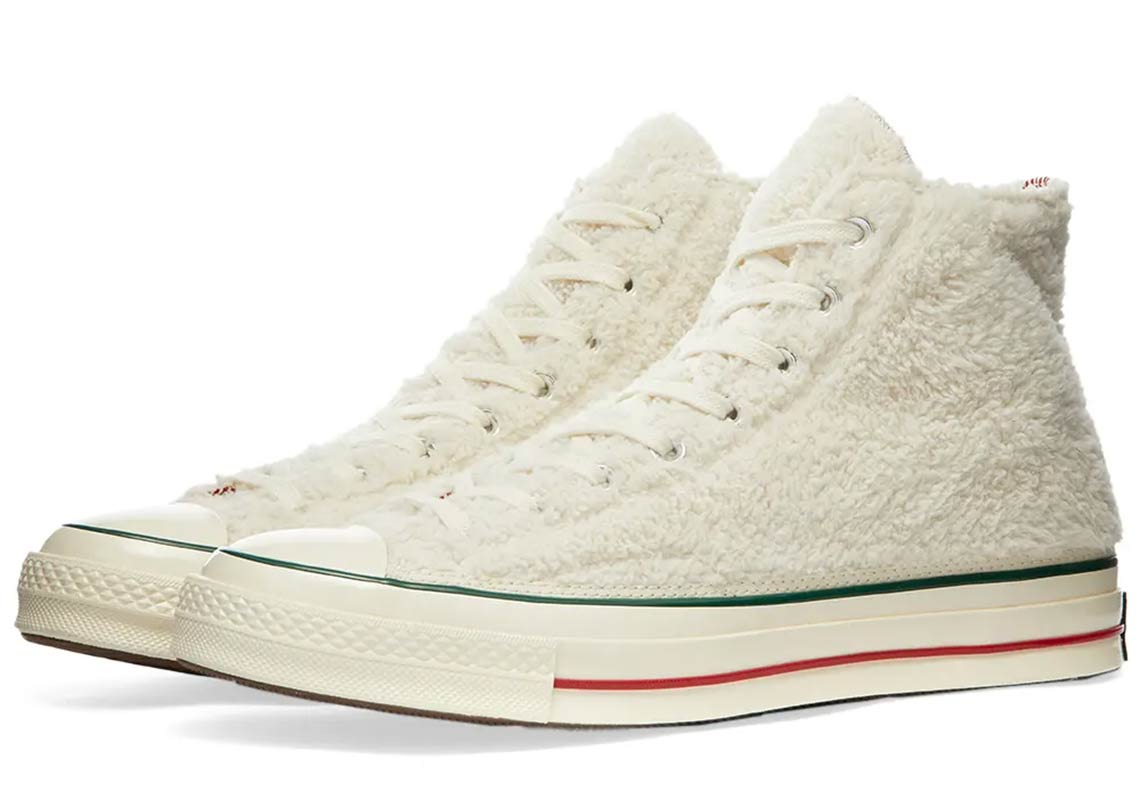 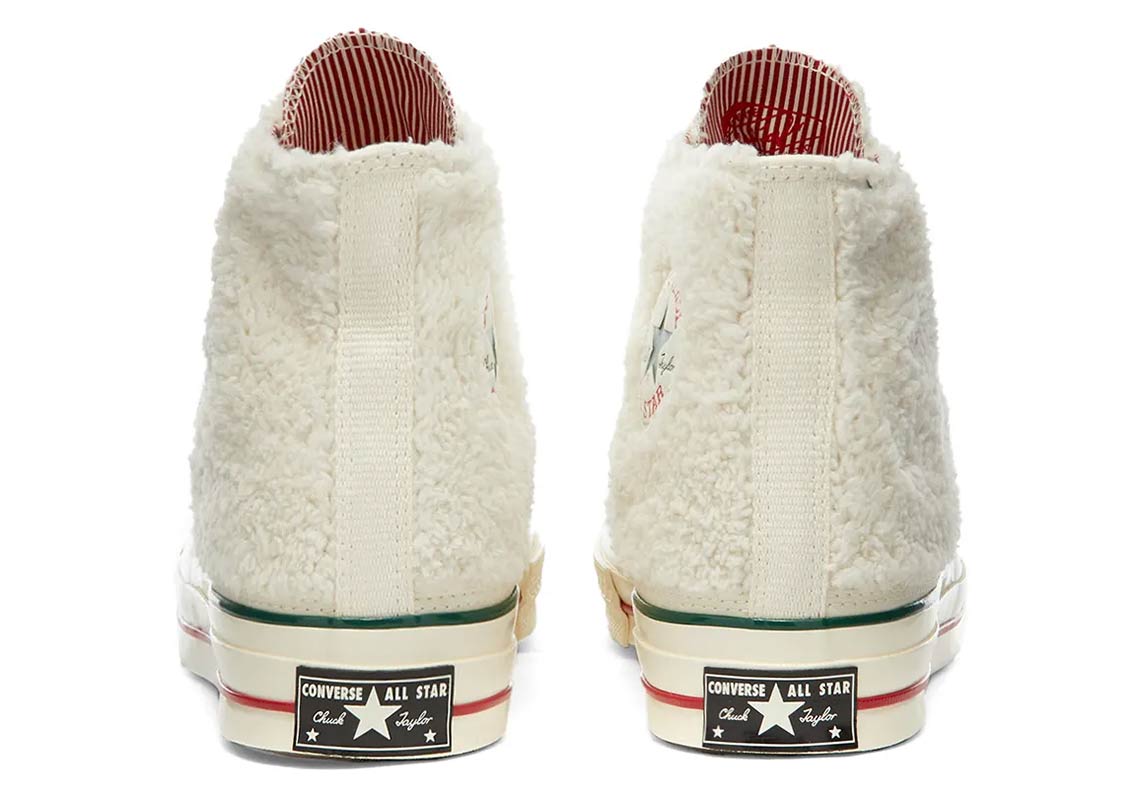 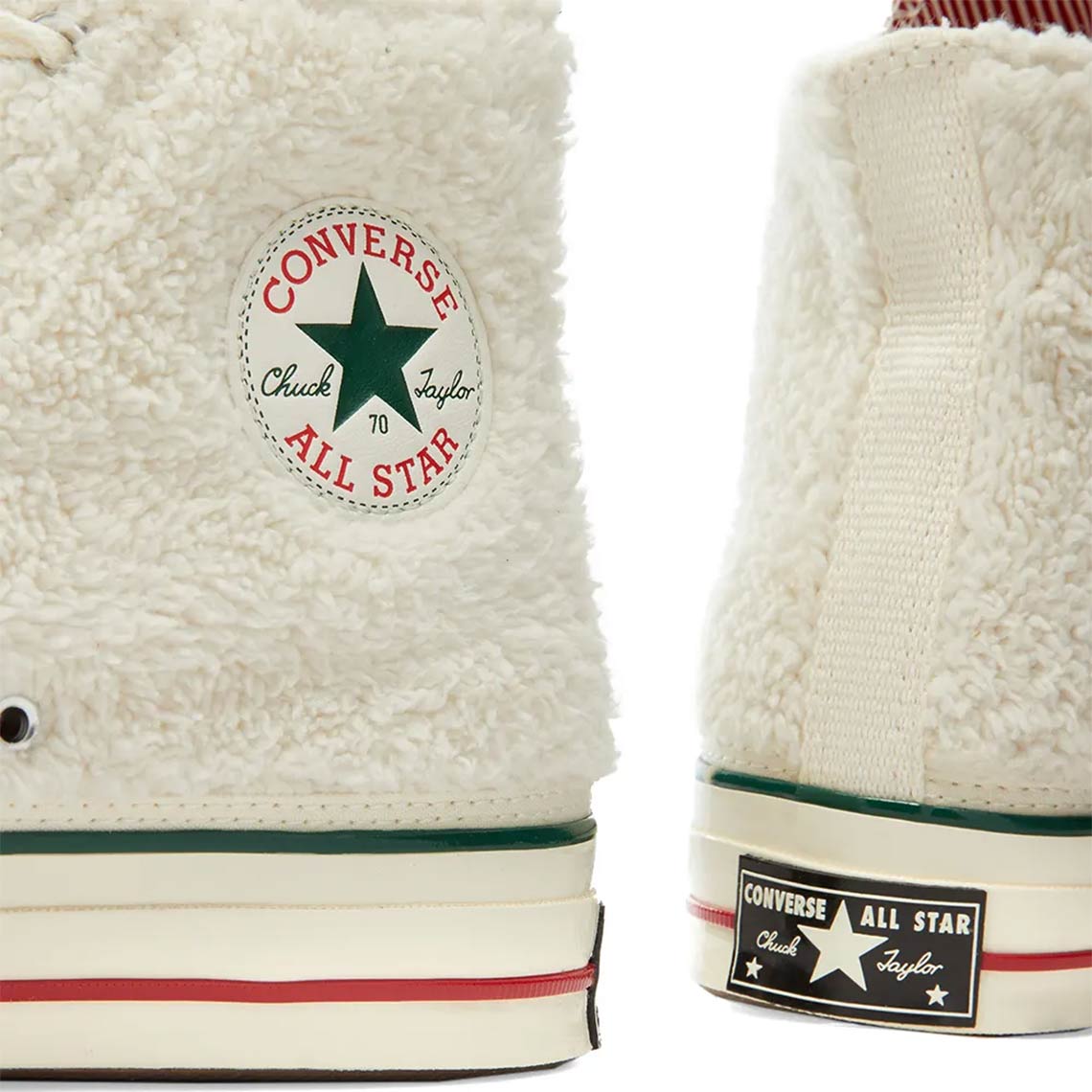